Alexandra Kosteniuk had a fairytale ending as she defeated Elisabeth Paehtz in the final round to finish at 7.0/11. For her to win the tournament, the most anticipated match between Humpy and Goryachkina needed Humpy to win and fortuitously that's what happened, resulting in Humpy finishing runner-up and Goryachkina claiming the second runner-up position. Kosteniuk won her third consecutive tournament in a row. Humpy still leads the GP points table with a 40 point lead and one event to go, since each player is eligible to participate in three out of four events. Kateryna Lagno finished at third position in the second consecutive GP event. Harika finished at shared sixth with a score of 5.5/11 | Photo: Karol Bartnik / FIDE

Humpy maintains her lead at the Grand Prix points table

Chess Queen Alexandra Kosteniuk won European Women Individual Rapid and Blitz tournament before Monaco GP. Throughout the event, Kosteniuk was never even in the lead. However in the last round she scored a crucial win and clinched the championship. Humpy needed to beat Goryachkina for Kosteniuk to become champion and that is exactly what happened in their highly anticipated final round match.. 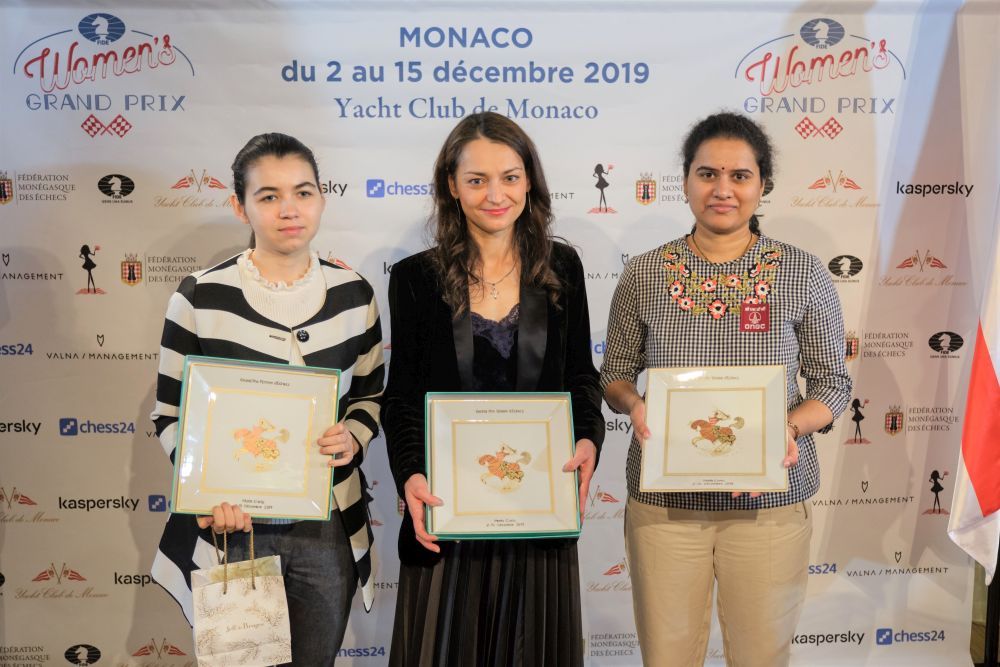 Kosteniuk while analyzing her game said, "Of course I didn't expect Caro-Kann at all for some reason. I prepared for anything else but the Caro-Kann. I had a thought of what if, but then I thought okay." 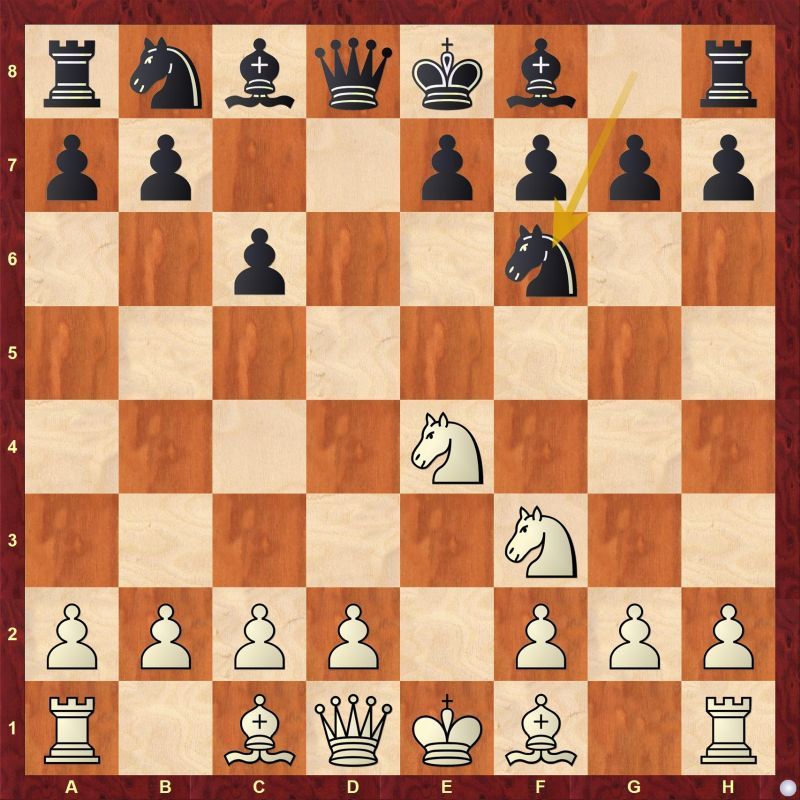 Kosteniuk continued, "Elisabeth repeated the line Mariya Muzychuk already played with me, but I decided to deviate a bit and take on f6. Because I didn't have time to analyze what happened to my game with Mariya." 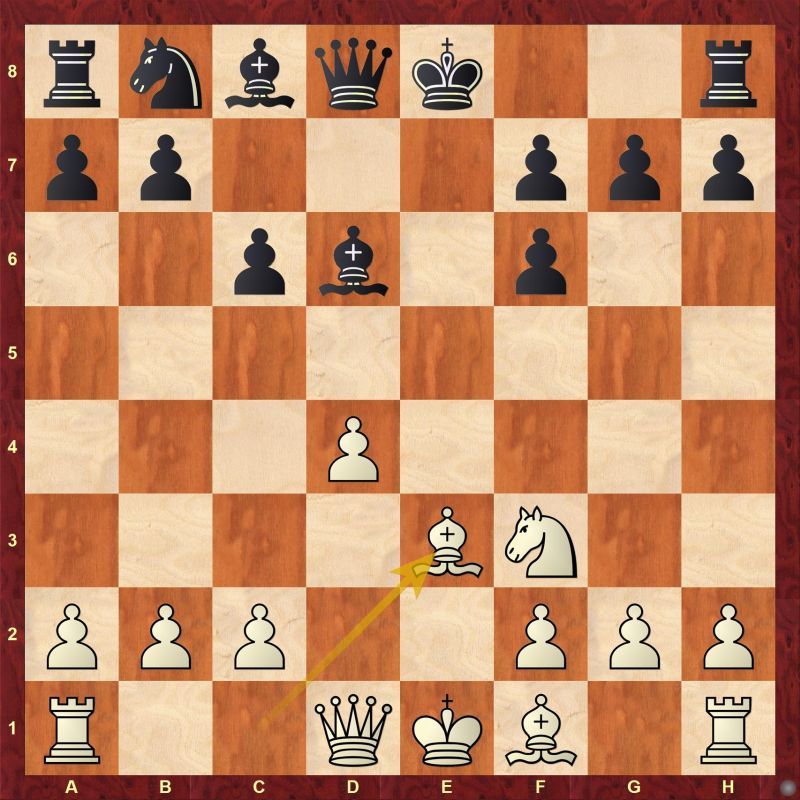 The eventual champion Kosteniuk felt that her pawn structure is better here. 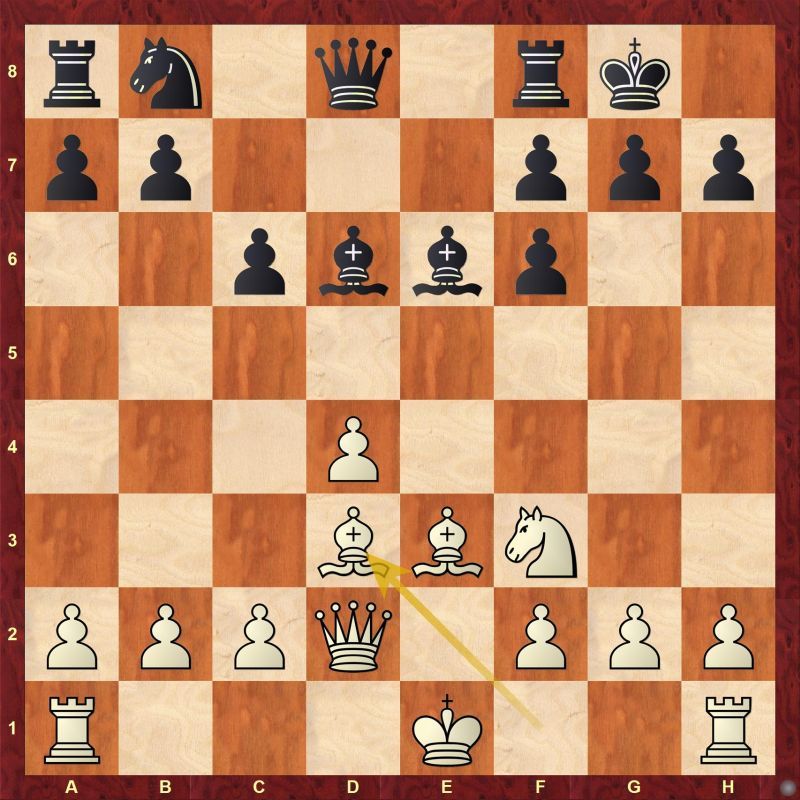 "I don't know why Elisabeth decided to prevent me from castling longside. You know sometimes you should let your opponent do what she wants. I think Nd7-Re8-Nf8 is more usual approach in this system for black. Because after 9...Na6 she doesn't let me castle long or at least now it looks very dangerous for me, but I can castle short as well." Kosteniuk said. 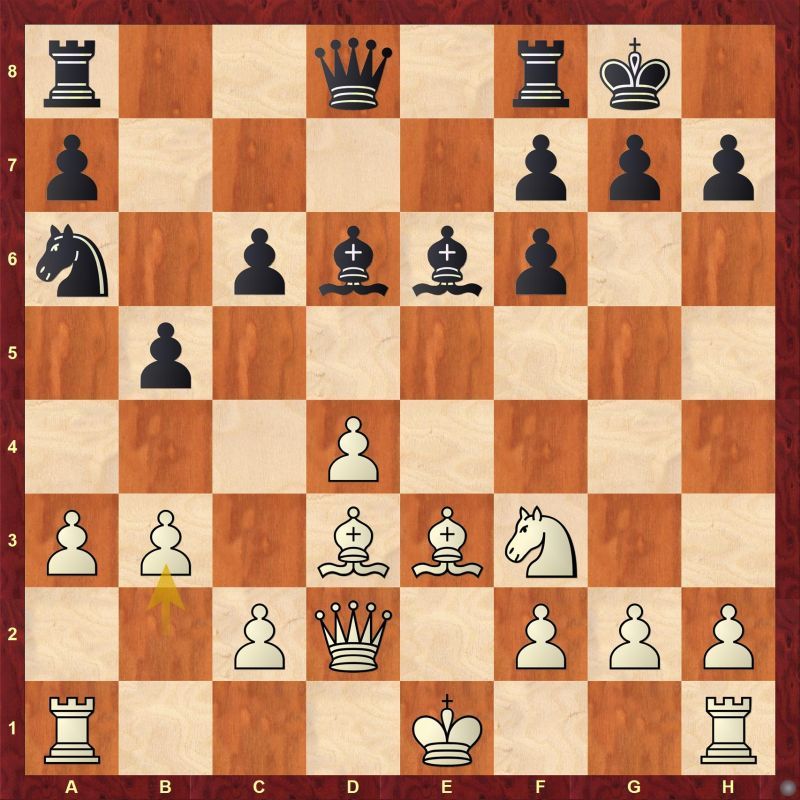 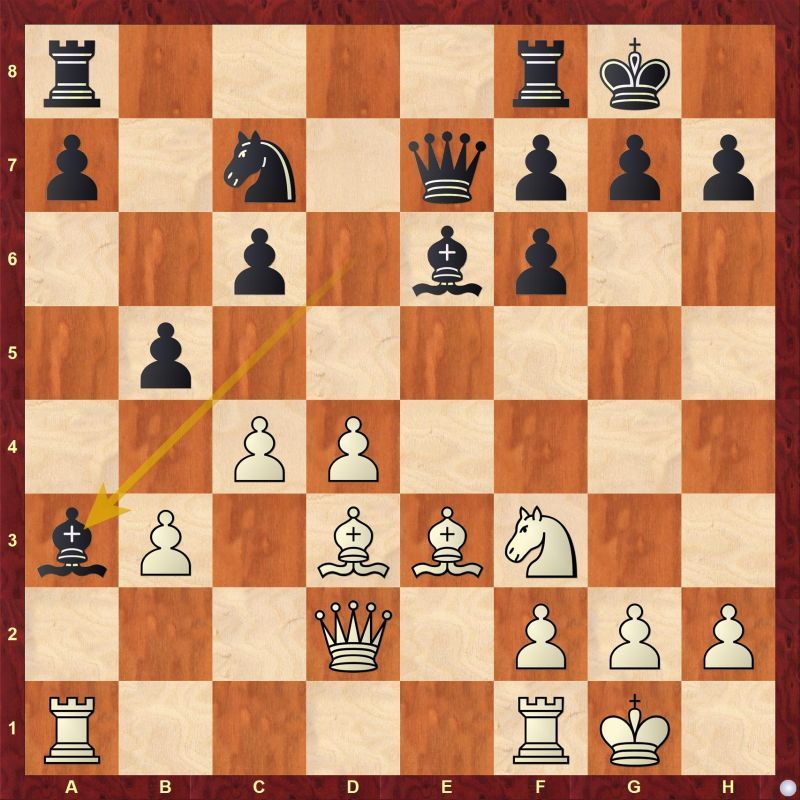 "Honestly I think I should have played 14.c5 and 14...b4 is the only move. Now she is playing without a piece, okay for a pawn but I think I have very good compensation, 15.Qc2 g6. 15...g6 or h6 I am not sure. And then transfer either my knight or bishop to d6. Looked very powerful to me but since I hesitated about the evaluation, I was not so sure because she will push her a-pawn and her position is very solid.". "Here I went for this attack, although I couldn't of course evaluate all the consequences in the position. It felt like I have a very nice initiative but my position, I liked it very much. Of course I was blaming myself at a certain point. I played all-in but in this situation I don't know, I am not sure if it was the right decision because it requires sacrificing. I didn't calculate of course everything." 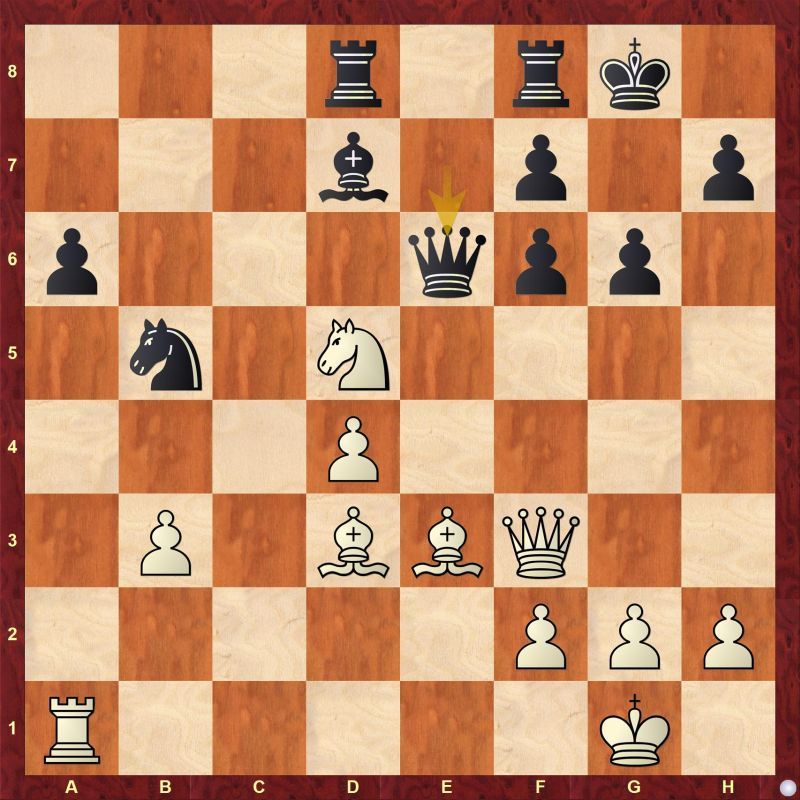 Find the winning continuation for white.

Kosteniuk on how she felt after winning the game and if she was nervous before the game, "No, actually it was funny because when I got back home, my husband looked at the table and said, 'Well it's such a nice situation, you win tomorrow and Goryachkina loses and you are first.' and I didn't even have this idea that that would be possible for me in any situation to get first. Actually Grand Prix for me and everyone else is a very hard tournament. To finish with a plus score, is a wish come true already, but to finish with a +3, doesn't matter what place I take. Actually it's like I am very happy and I am back to 2500 rating. Yesterday it was 2499. This year has been very difficult for me in Classical chess starting from May to September I was losing points, rating in every single classical tournament I played. Since I played non-stop, it was like -80 or something like that. But I have had nice results in rapid and blitz, so I won't complain. It is my last classical game for this year. Of course I am very happy to win it and to finish the tournament so well. Because it's a very strong tournament."

When asked about if she had taken a look at the other game, "I didn't have time. Well I mean, I looked at first but then after ♘c4, when I went all-in I didn't have time to look or think because it felt like a very pleasant position with no risk but then I found a way to complicate it."

Kosteniuk talks about her performance in the tournament | Video: FIDE 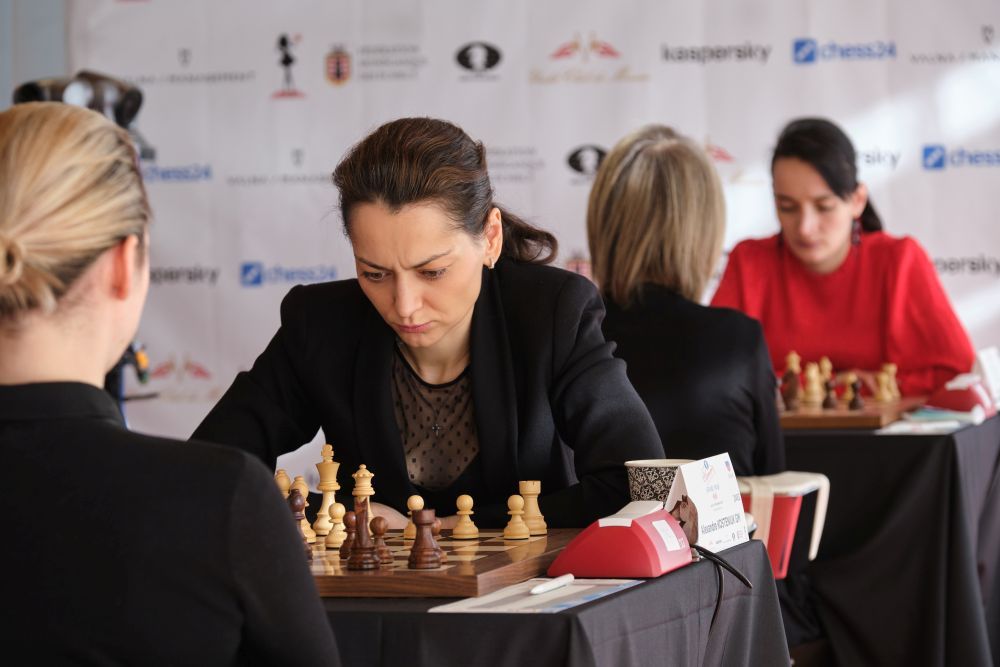 Kosteniuk won her game when it mattered the most | Photo: Karol Bartnik / FIDE

Humpy beat Goryachkina in their highly anticipated match. In the opening, Humpy played 6.Bd3 instead of the 6.Qc2 which she has been playing in the recent times.. 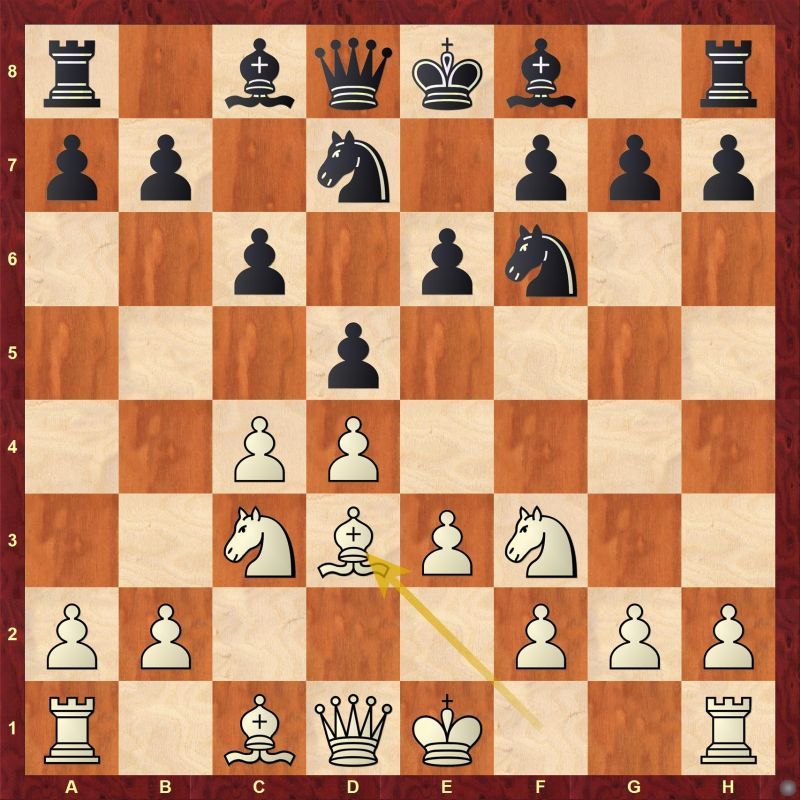 Humpy felt that Black shouldn't have played 16...Nc3, as black loses a pawn, although it's an opposite color bishop endgame. Can you find out a better continuation for black. 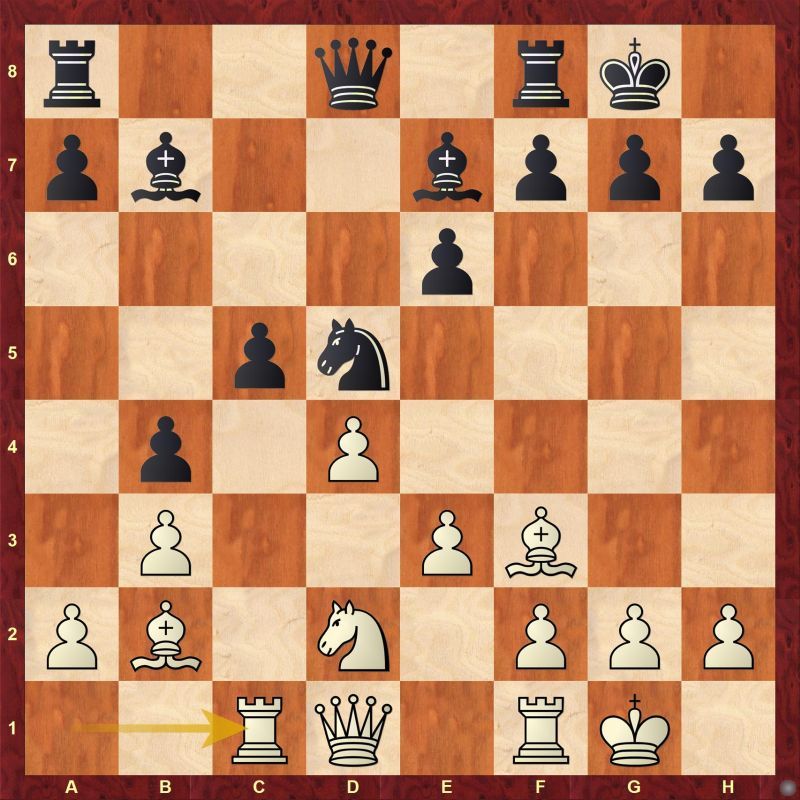 Goryachkina gave away a pawn which she should have defended. 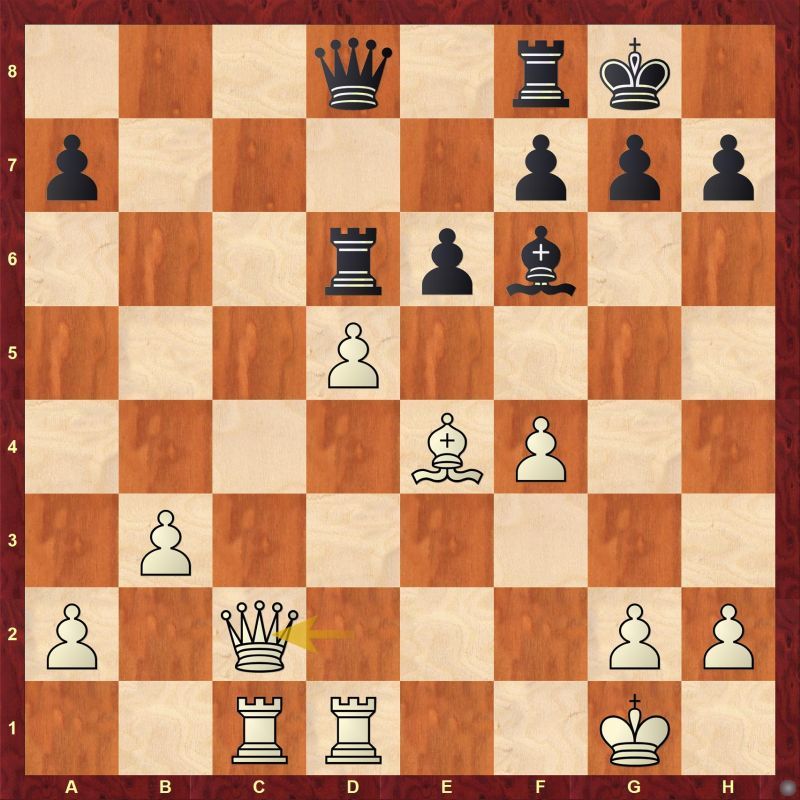 Find out what black should have done instead. 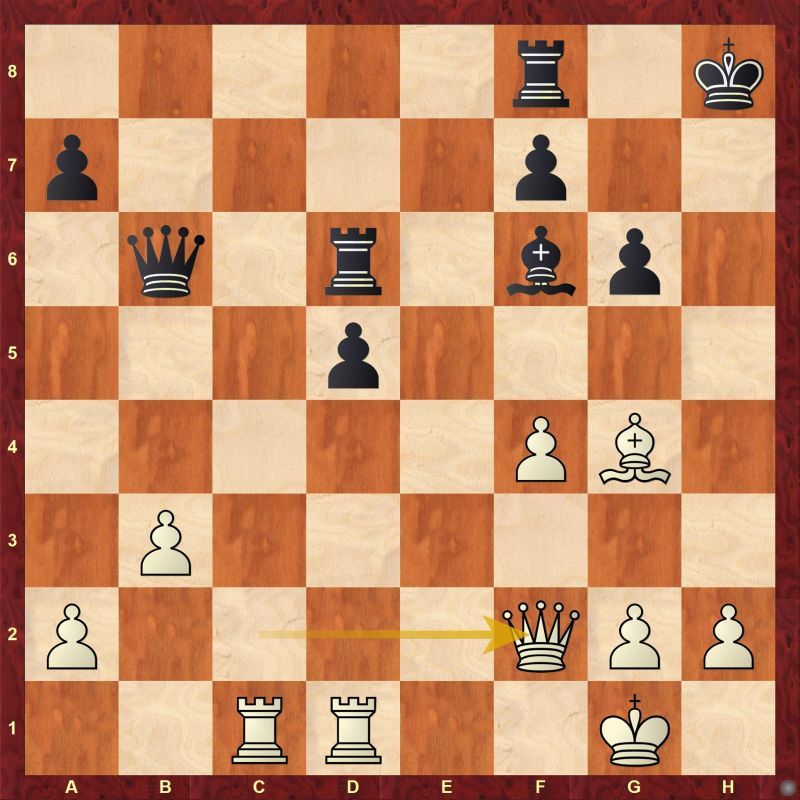 Humpy felt Black again missed a strong continuation and keeping the queens on the board was a better idea.

Find out the better continuation for black here. 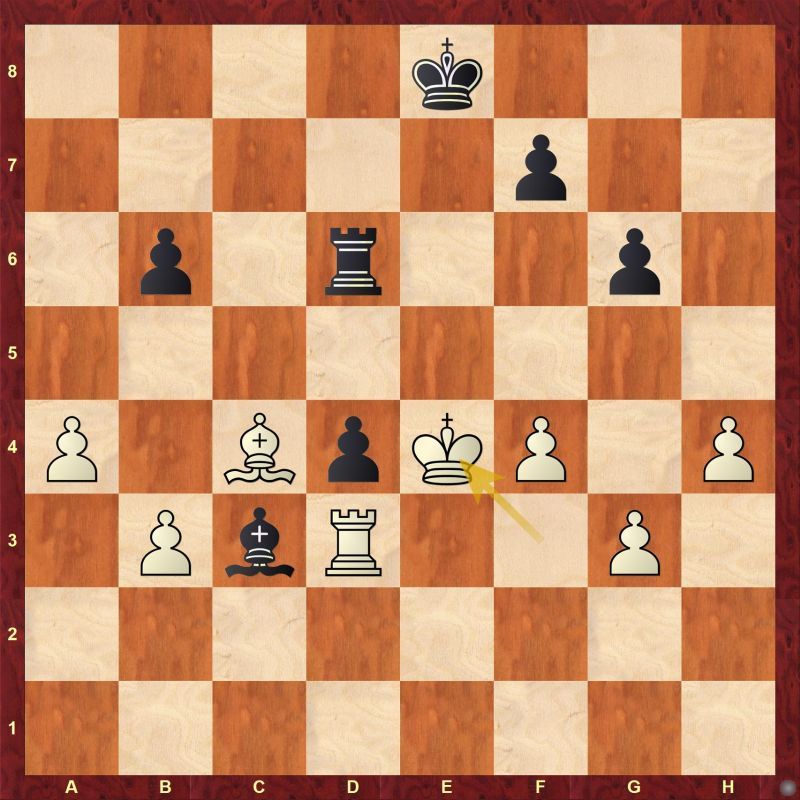 Black's final blunder of the game was 48...f5. It was all over after this. Humpy thought that black should have played 48...Ke7 instead. 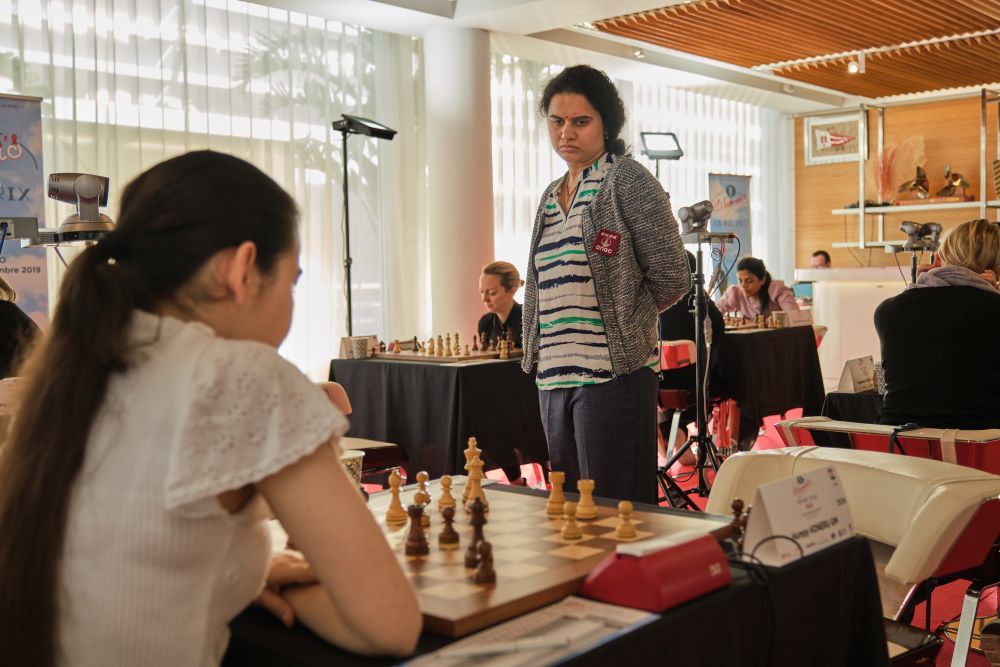 Kateryna Lagno got an advantage out of the opening which she did not have much trouble in conversion. In the endgame she showcased her technical prowess to convert her material advantage. 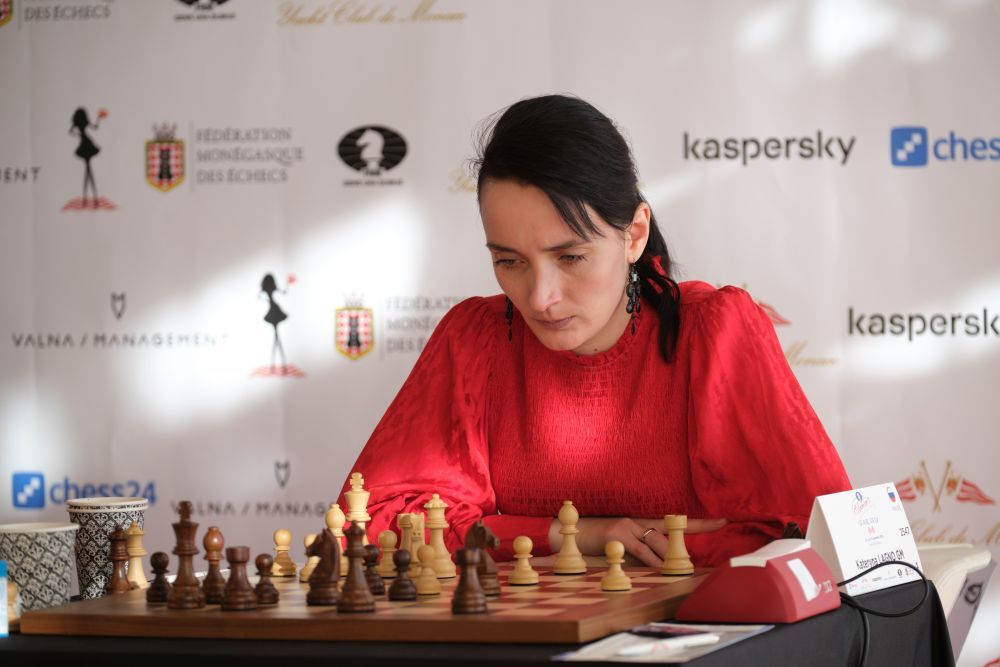 Anna Muzychuk and Gunina had a short but exciting draw

Even if Anna Muzychuk won her last round game, she would have finished fifth as Kateryna Lagno had won her game. However Gunina fought bravely despite having a forgettable tournament. She tried to spice things up by sacrificing a piece, however Anna is not known to crumble easily, she defended easily and a draw was agreed after a repetition of moves in move no. 33.

Anna Muzychuk talks about her performance in the tournament and more | Video: FIDE 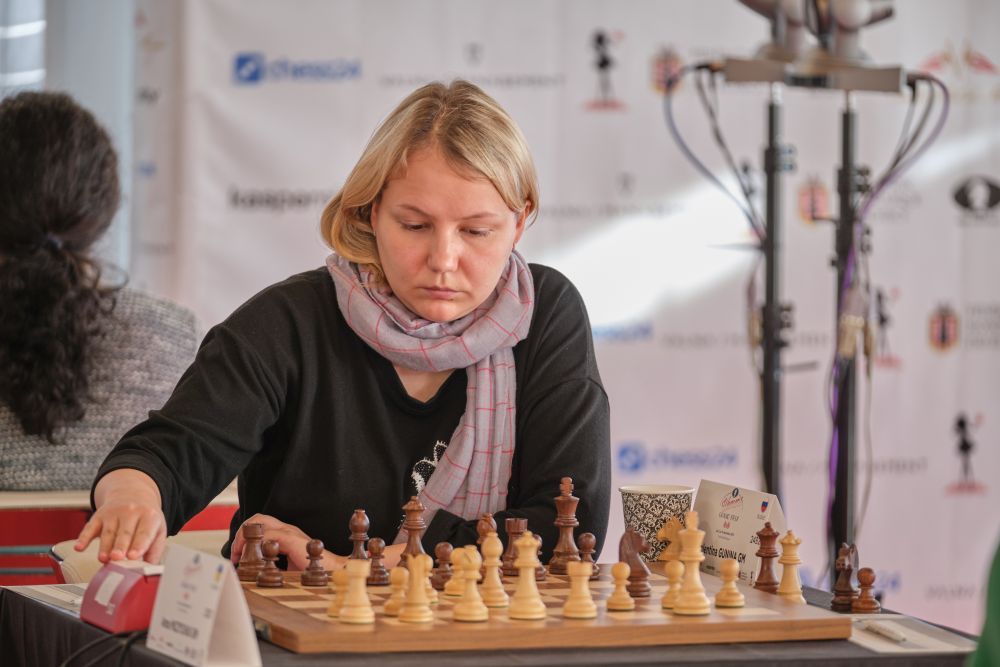 Gunina would be glad that the tournament is finally over | Photo: Karol Bartnik / FIDE

Zhao ends on a winning note

Harika completely misplayed the opening against Zhao Xue in the final round. She was in trouble out of the opening. But later Zhao misplayed and Harika managed to equalize. However, Zhao played the rook and knight ending correctly and liquidated into a winning rook ending.

Mariya had a hard fought draw with Dzagnidze

Out of the opening, Mariya seemed to have gotten decent advantage. However, Dzagnidze played carefully and made sure she stays out of trouble. The game eventually liquidated into a queen ending where draw became the obvious outcome of the game. 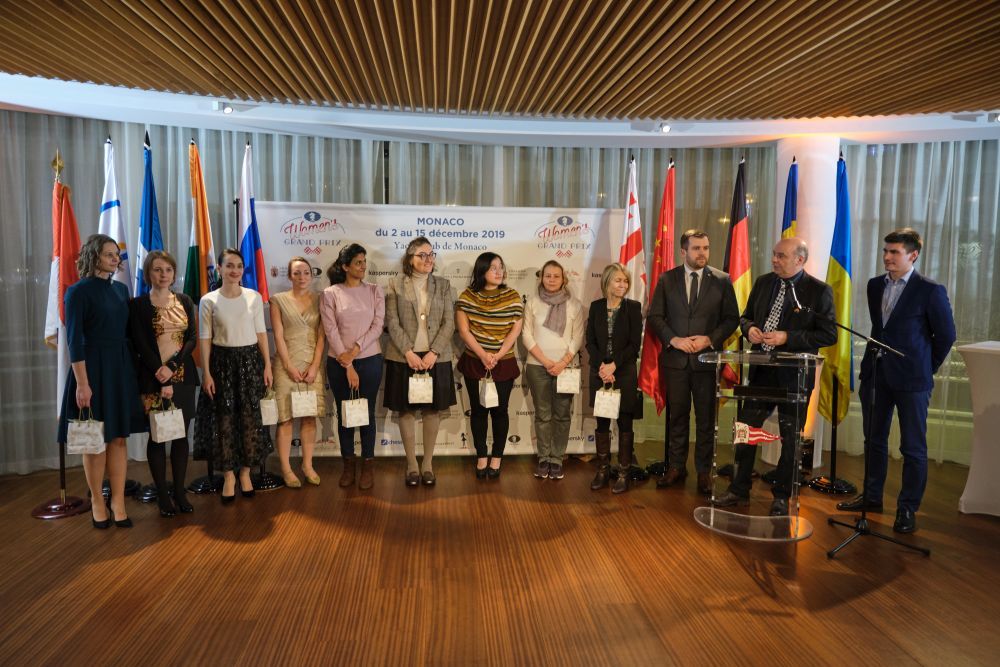 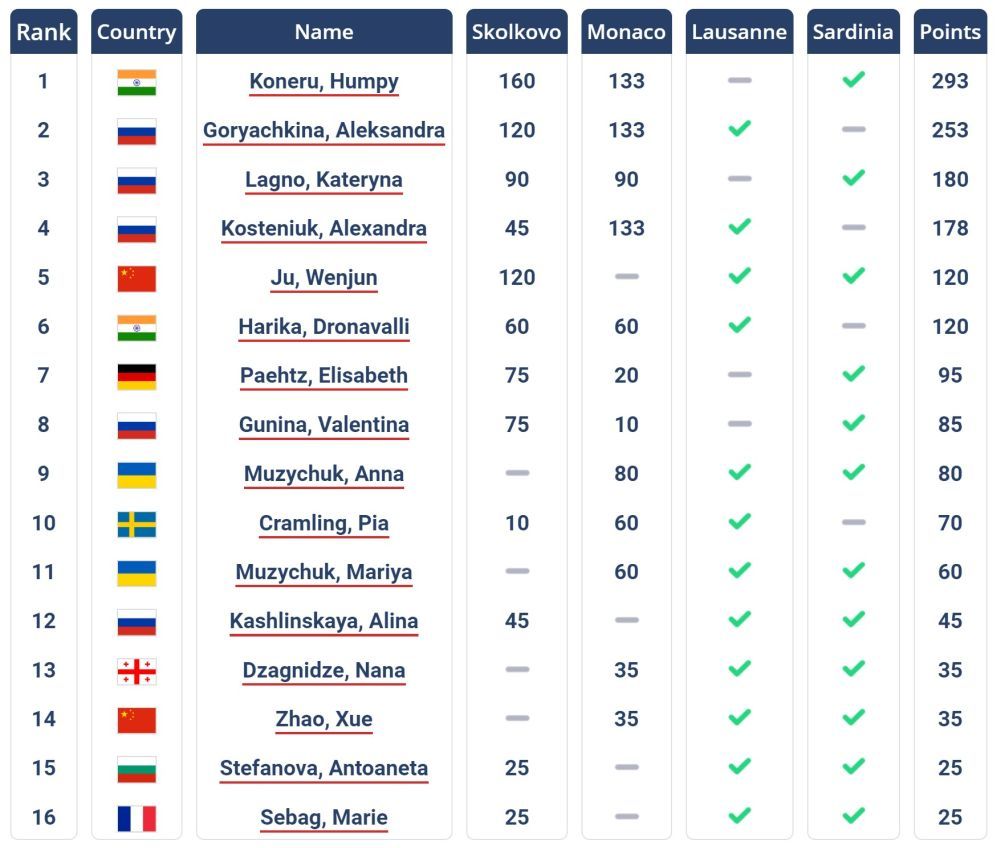 Humpy is still at the top of the points table | Source: Official site