Anna Muzychuk held Goryachkina to a draw. Goryachkina takes a full point lead to the final round where she faces Humpy. Pia Cramling held Humpy to a draw. Kosteniuk checkmated Harika and now she is tied at the second place along with Humpy. Lagno made a short draw with Paehtz. Cramling, Harika, Lagno and Anna Muzychuk are tied at the fourth place for now. Gunina broke her losing streak in the tournament by holding Mariya Muzychuk to a draw. Nana Dzagnidze and Zhao Xue had a marathon draw of 99 moves. The final round will determine the winner for Monaco GP | Photo: Karol Bartnik / FIDE

Goryachkina takes on Humpy in the final round

The penultimate round of the tournament had only one decisive game and five draws. Goryachkina was held to a draw by Anna Muzychuk, Humpy also could not overcome the challenge of Pia Cramling. They will face each other in the final round to determine the winner in a virtual final. 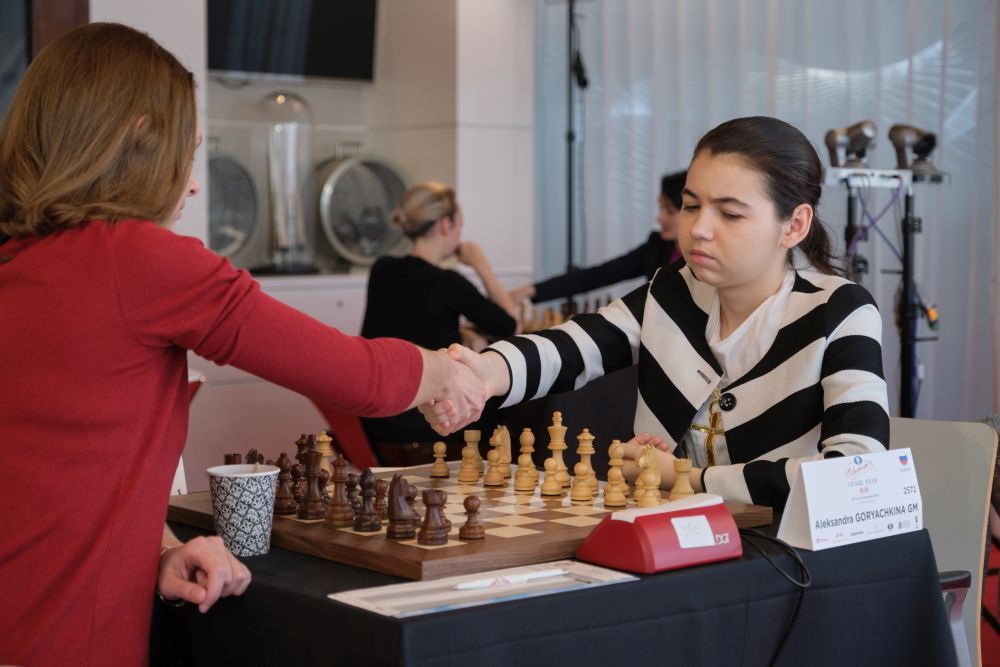 Anna holds Goryachkina to a draw

In Gruenfeld Defence, Goryachkina decided to keep her king in the center and launch an attack on A Muzychuk's castled kingside with 11.h4. Anna thought whether to play h5 or allow it. She decided to play in the spirit of Gruenfeld and continued with 11...Bb7 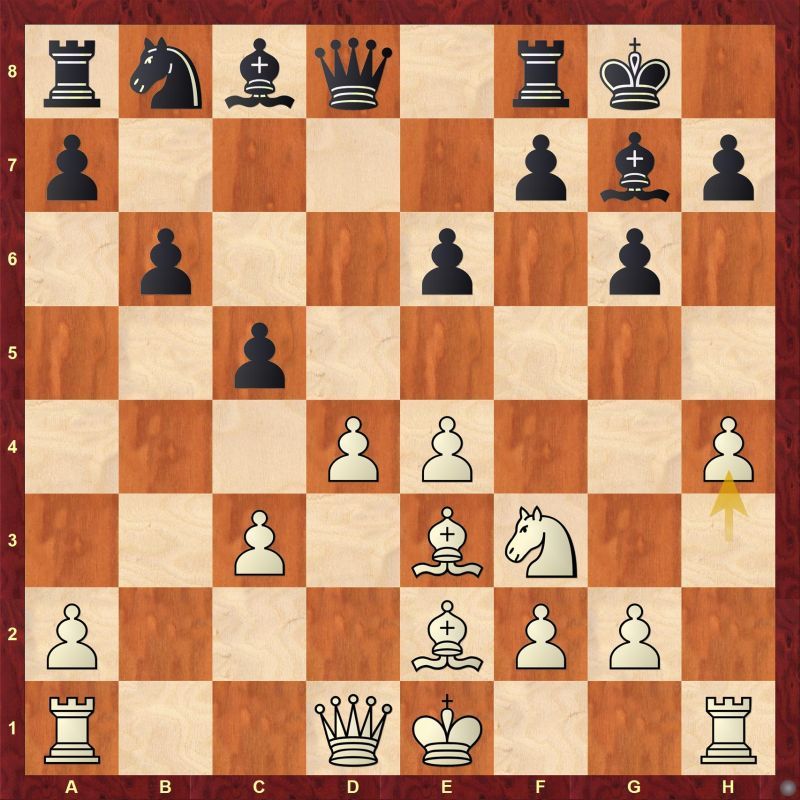 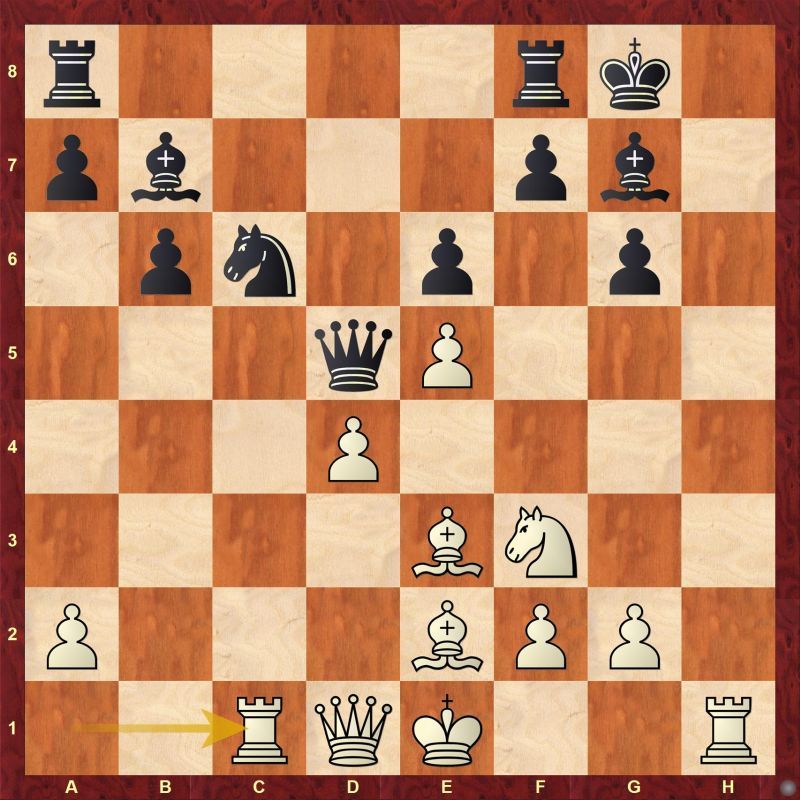 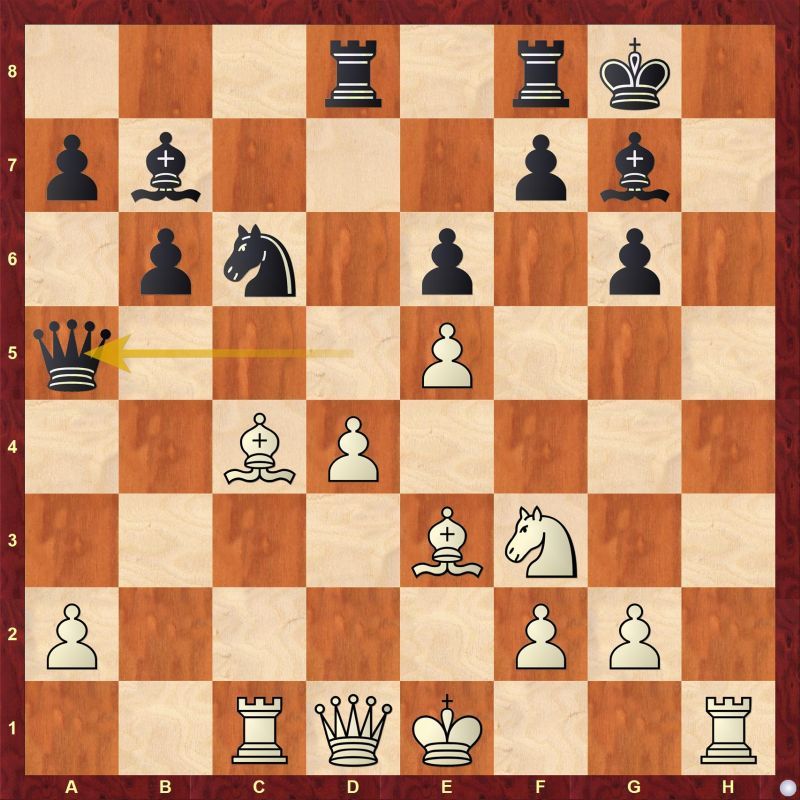 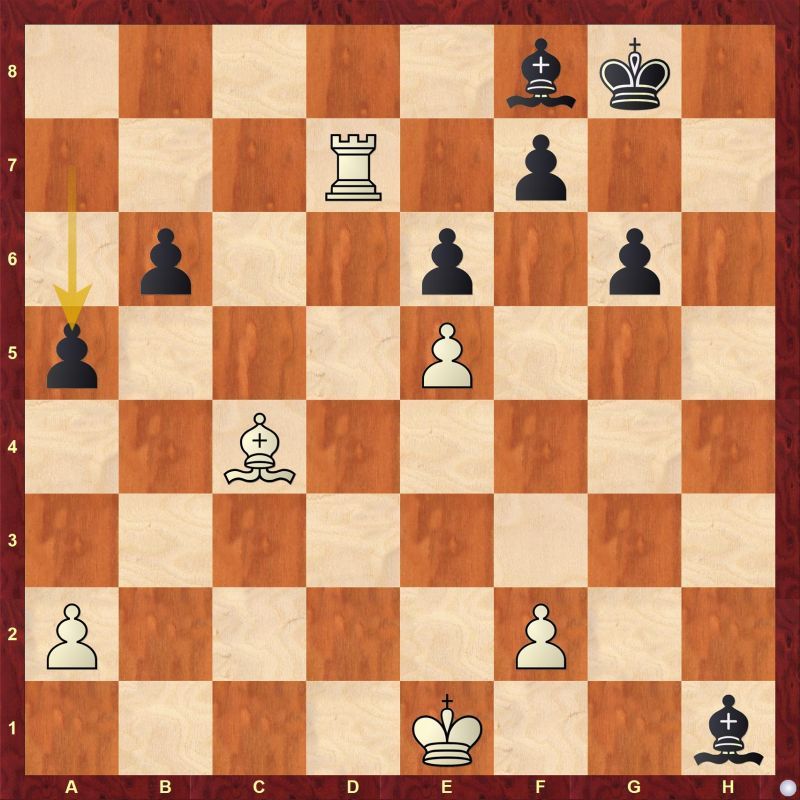 In the game Anna went with 18...Nxe5 as she thought this was a safer choice. 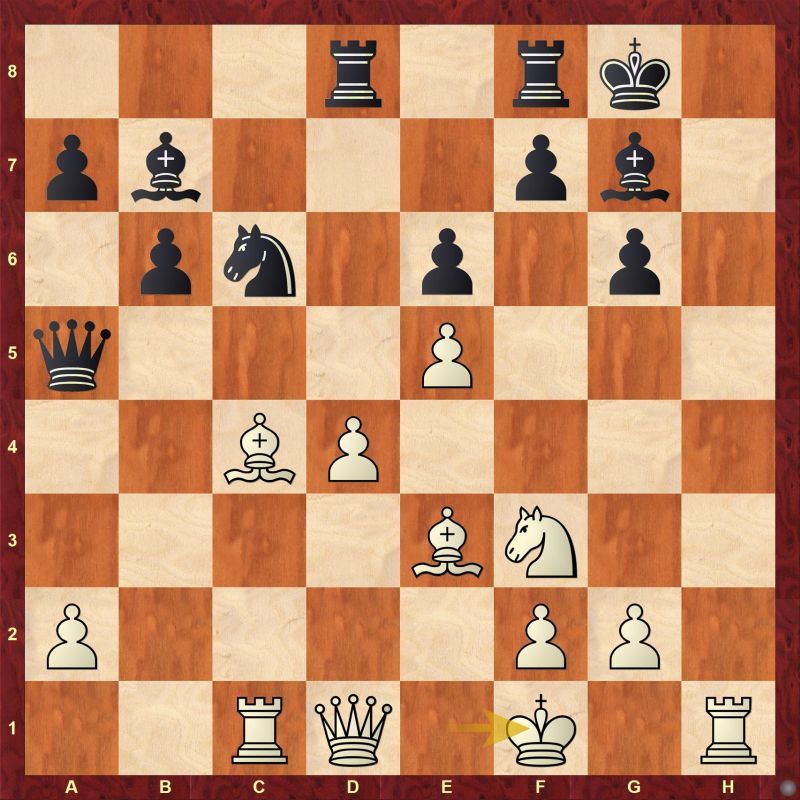 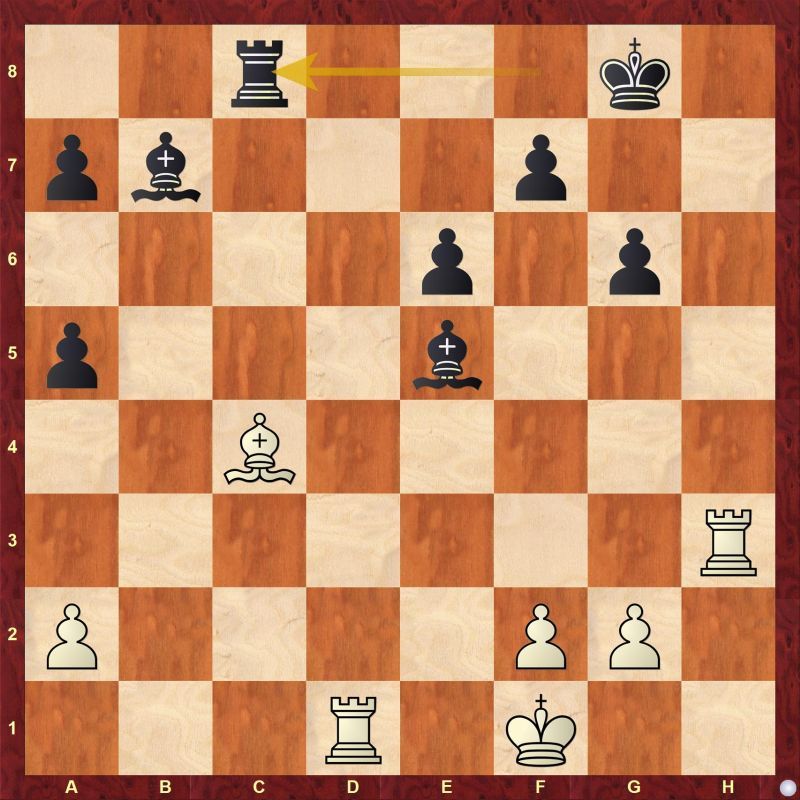 The game continued for another eleven more moves before the reached to an opposite color bishop endgame where no side had any chances left for win. 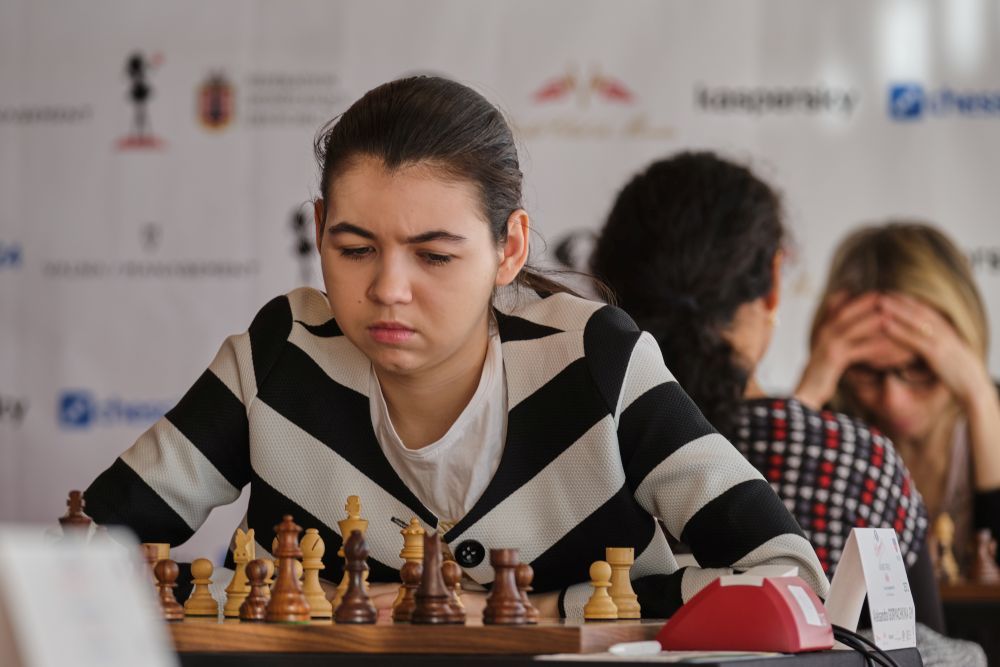 Goryachkina has all the momentum on her side | Photo: Karol Bartnik / FIDE

Cramling held Humpy to a draw

In the opening, Humpy played quite passively which gave Cramling an opportunity to gain huge space advantage. 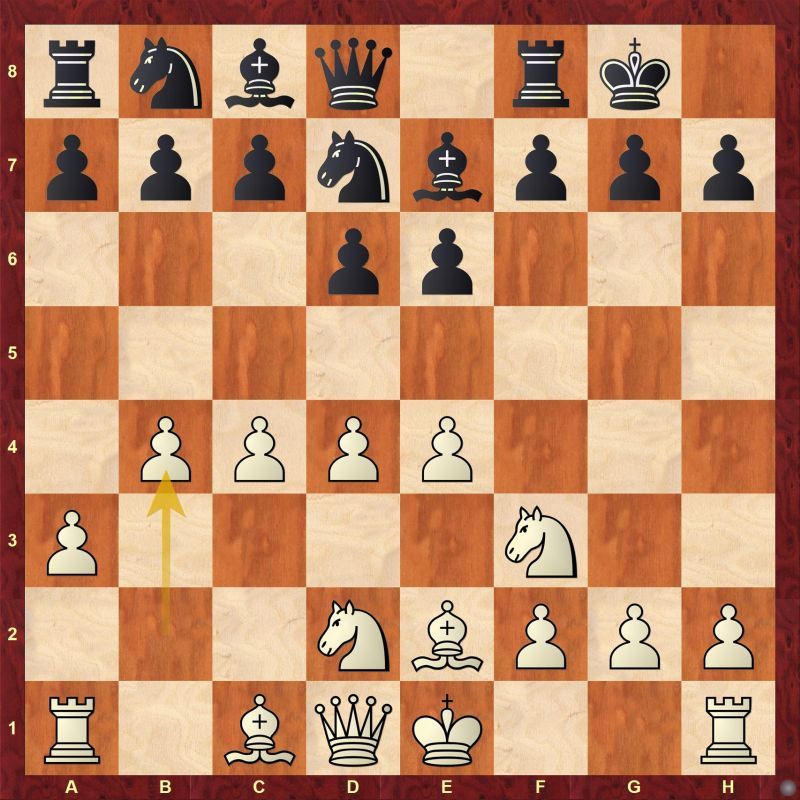 Instead of going with 18.Qb3 and exchanging a bunch of pieces which led to an equal draw-ish endgame, what Cramling could have done was keep the pieces and look for chances at the center of the board. 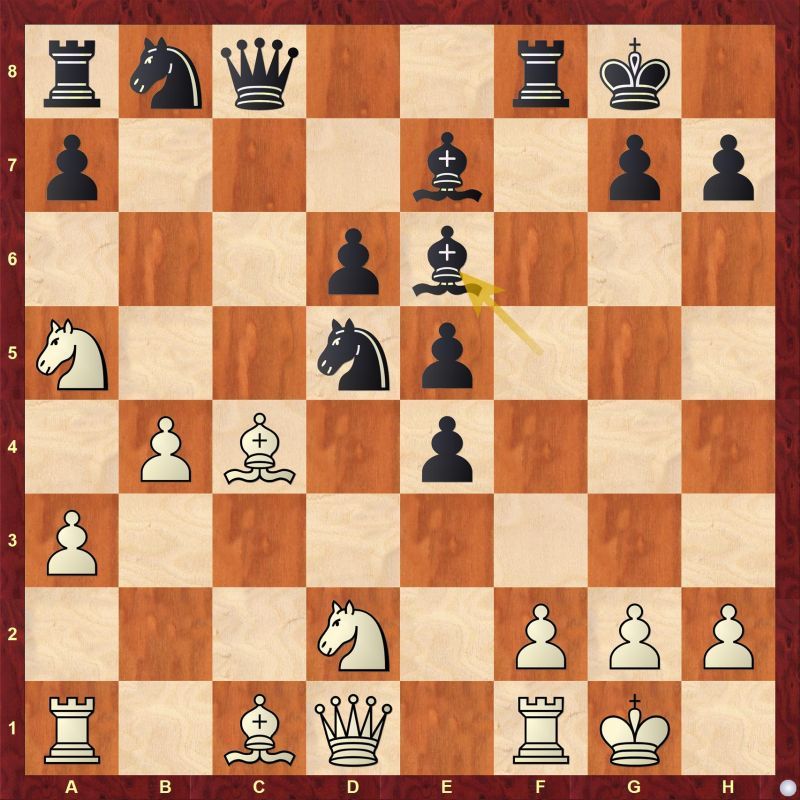 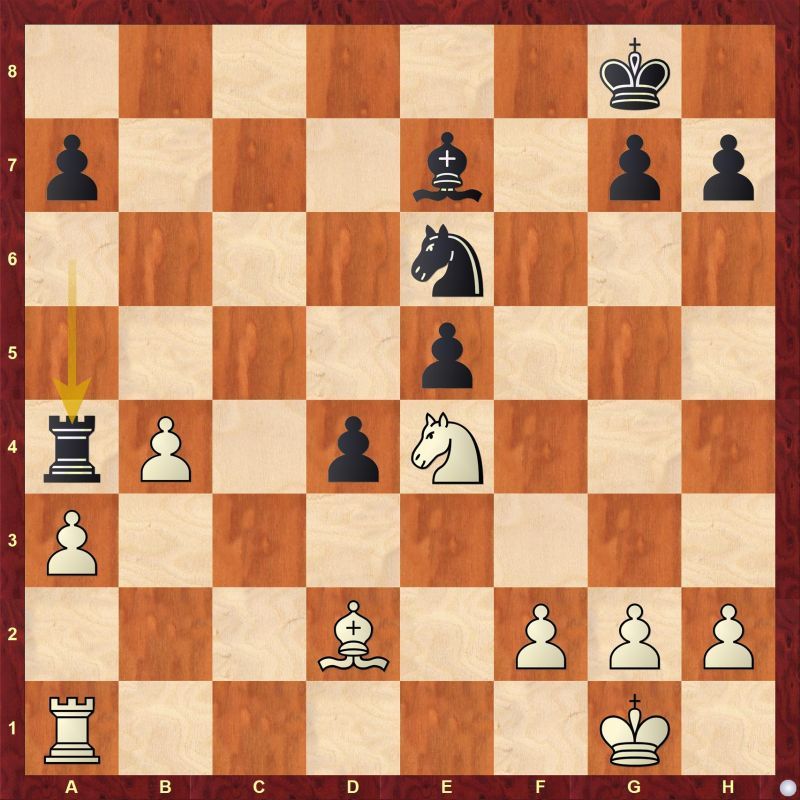 Humpy felt that after 29...Ra4 she should be better here and she failed to convert the advantage.

Pieces got exchanged at regular interval till move 27, the game arrived at an equal rook and two minor piece endgame and a draw was agreed after 48th move.

Humpy talks about her game against Cramling | Video: FIDE

Harika opted for Scotch Game with the white pieces and within 21 moves the game reached to an equal rook and two minor piece endgame. 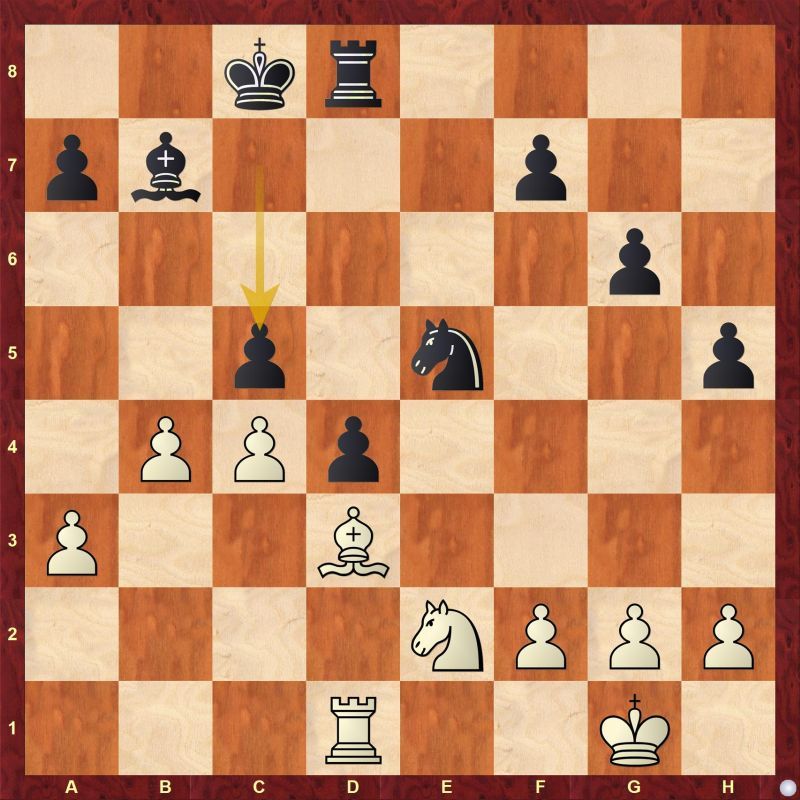 In the game, white continued with 22.Nc1, however there was a simpler continuation, can you find it? 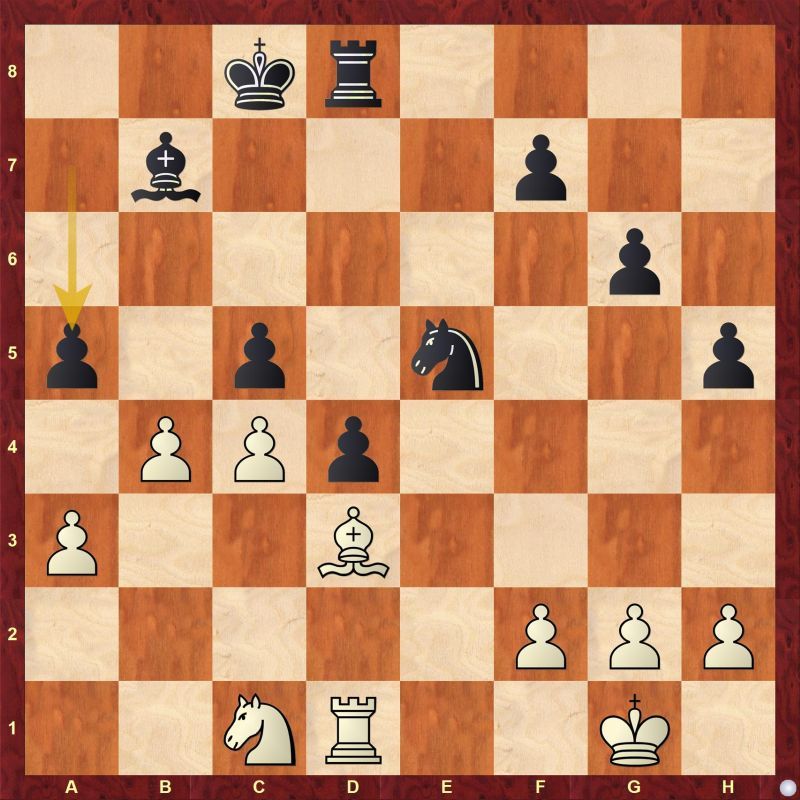 This is a critical moment in the game. If white makes an incorrect capture then things will turn into black's favor. Find out the best continuation for white. 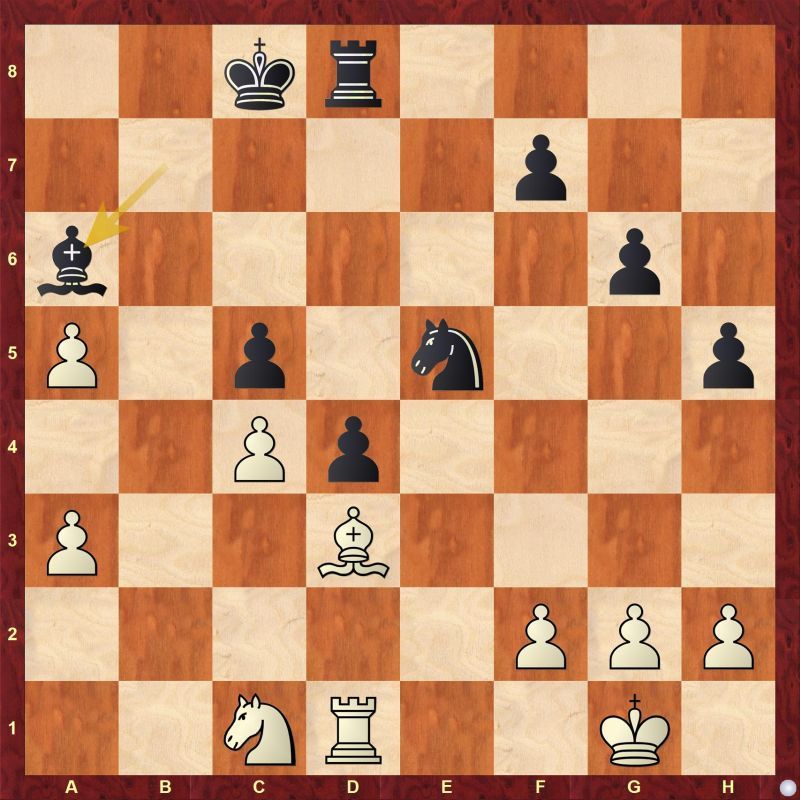 Harika had one last chance to save the game. She missed and played the uber passive 24.Bf1 instead. What did she miss? 24.f4 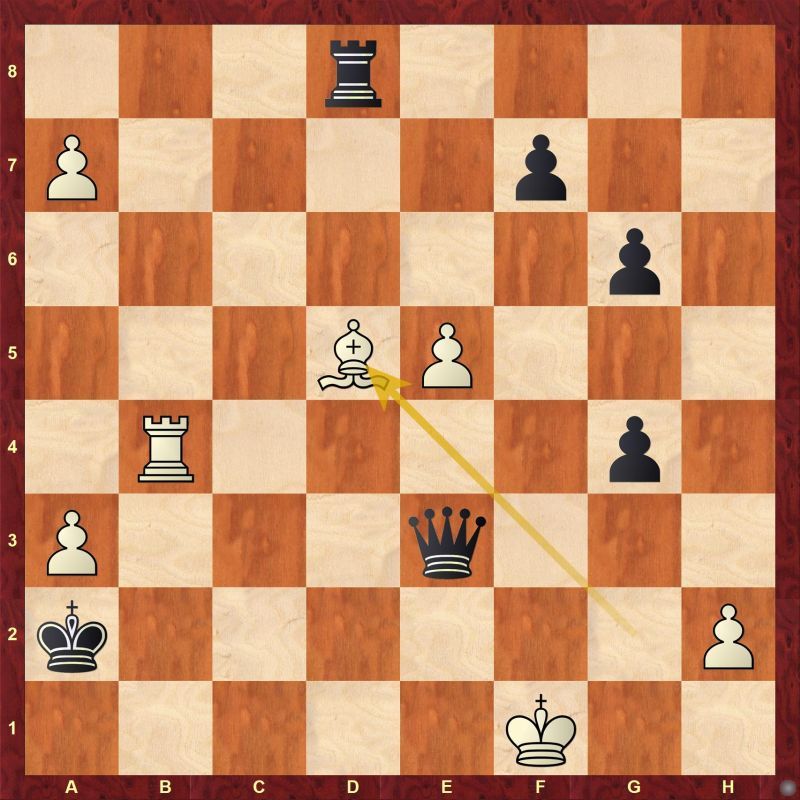 Find out the finish for Black.

Kosteniuk talks about being an ambassador for Peace and Sports and more | Video: FIDE

Paehtz vs Lagno, a short draw

Elisabeth Paehtz and Kateryna Lagno made a short draw in just 22 moves.

Lagno and Paehtz talk about what they do when things go wrong in tournament | Video: FIDE

After suffering six consecutive losses in the event, Gunina finally put an end to her losing streak by drawing with Mariya Muzychuk in the penultimate round of the tournament. 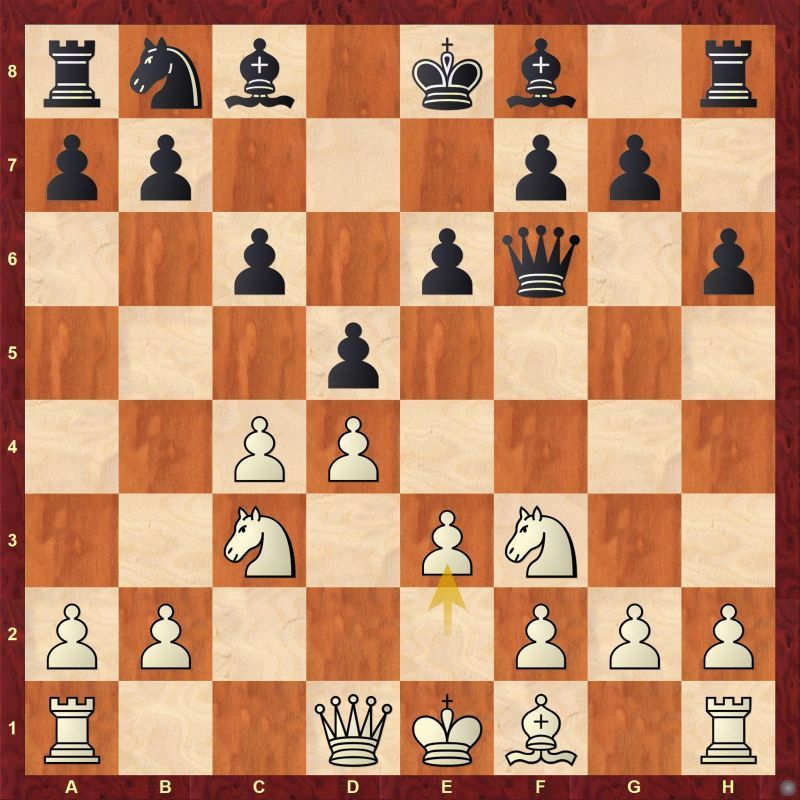 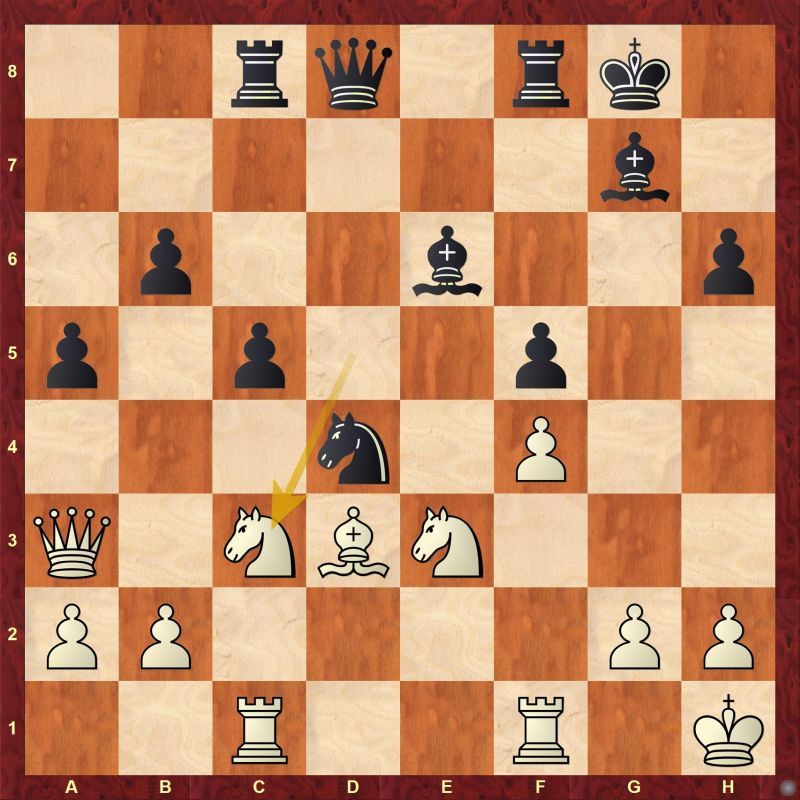 Black missed a winning continuation here and played 22...Kh8 instead. Can you find the move which black missed? 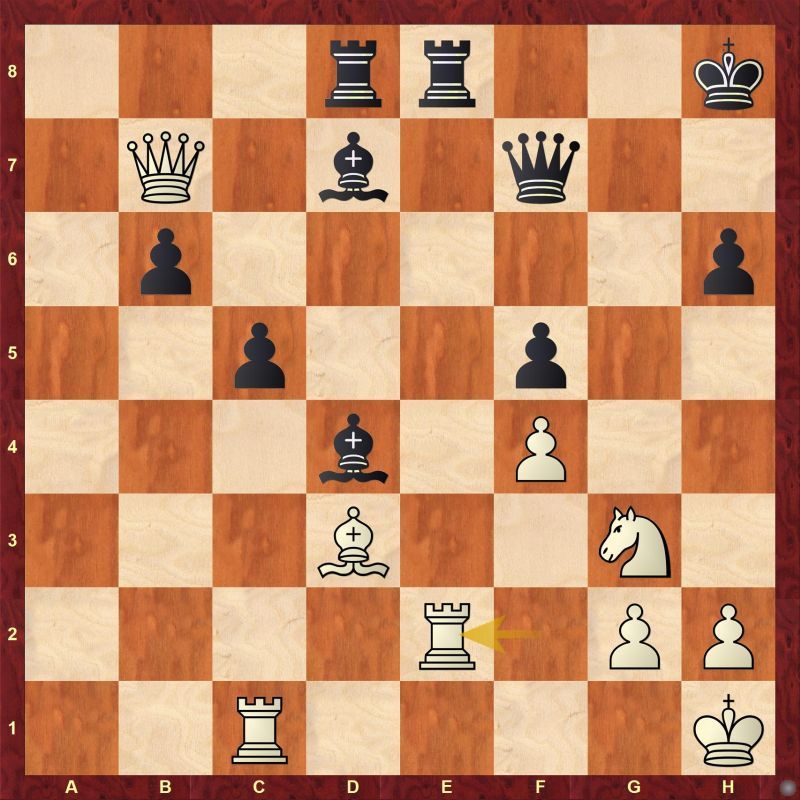 Black needed to make an effort to save the protected passed pawns on the queenside with 33...Be6 but black played 33...Be3 instead which led to the loss of b6-pawn and soon afterwards all advantage along with it.

Dzagnidze had a marathon draw with Zhao

Dzagnidze had the longest game of the day against Zhao and the game ended up in a draw after 99 moves. Both players tried their best to push their passed pawn and promote it but neither player was able to break their opponent's defence. 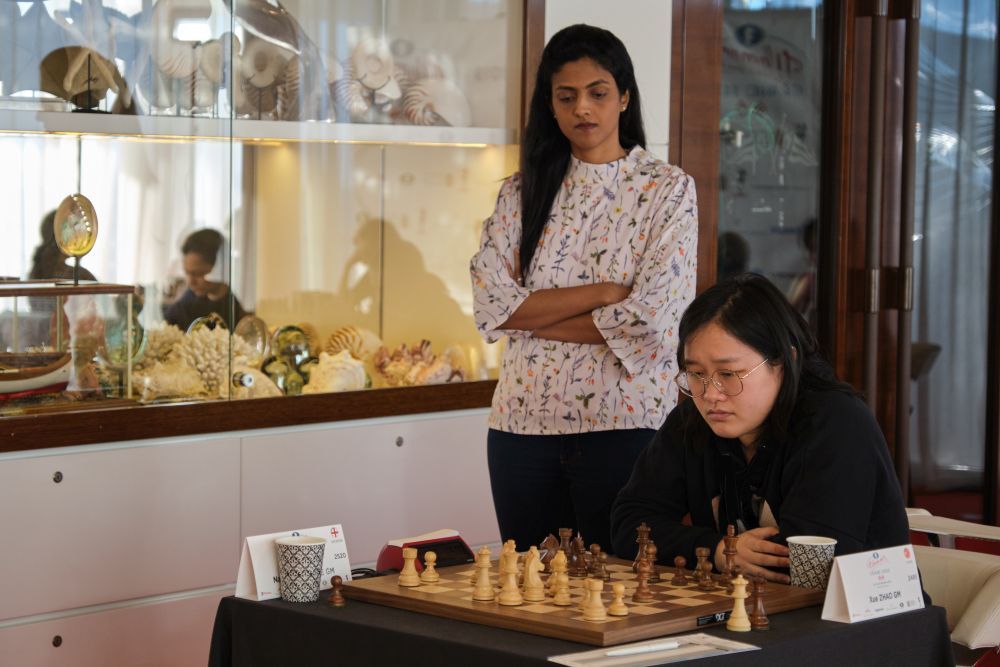 Zhao is fighting for every point | Photo: Karol Bartnik / FIDE