FIDE Monaco Women's Grand Prix starts with a solitary win by Skolkovo GP winner Humpy Koneru. She had to fight for over five hours against Valentina Gunina from an inferior position to score a victory after enduring the longest grind of the day. Legendary Pia Cramling made a good start against Alexandra Kosteniuk but she missed capitalizing on good opportunities and eventually ended up making a draw. The World Championship Challenger Aleksandra Goryachkina held World Blitz champion Kateryna Lagno, Harika Dronavalli met her match in the form of Nana Dzagnidze, FIDE GP 2019-20 debutant Zhao Xue held Elisabeth Paehtz and the Muzychuk sisters made a peaceful draw in round 1. Photo: Karol Bartnik / FIDE

After almost a five and a half hour long battle, Humpy showed that winning Skolkovo GP and becoming World no.3 was by no means a fluke. Despite being worse for the better part of the game, Humpy made a comeback and turned things around to score the only victory of the round. 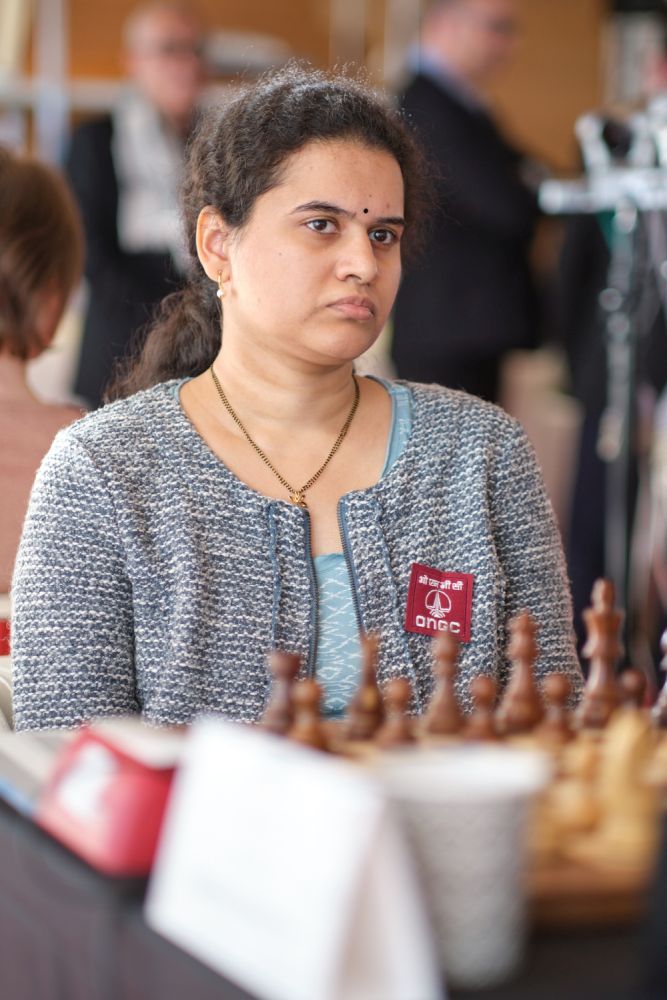 A series of unforced errors by Gunina

Gunina got the perfect desired start as she managed to capitalize on Humpy's mistake. 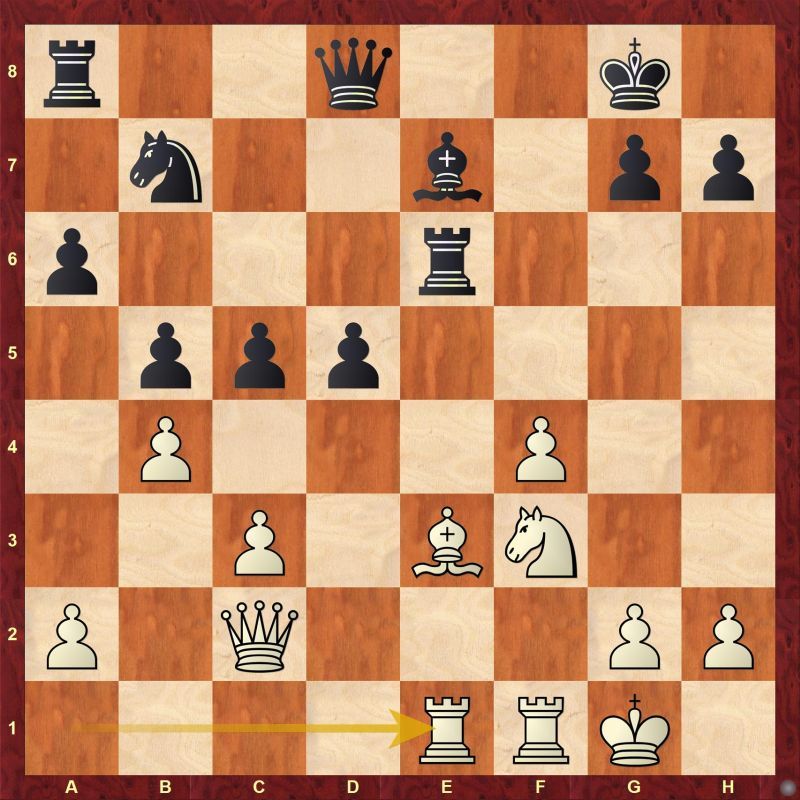 Humpy made a mistake here and played 20...Rc8 which gave white the initiative. Can you find the correct continuation for black? 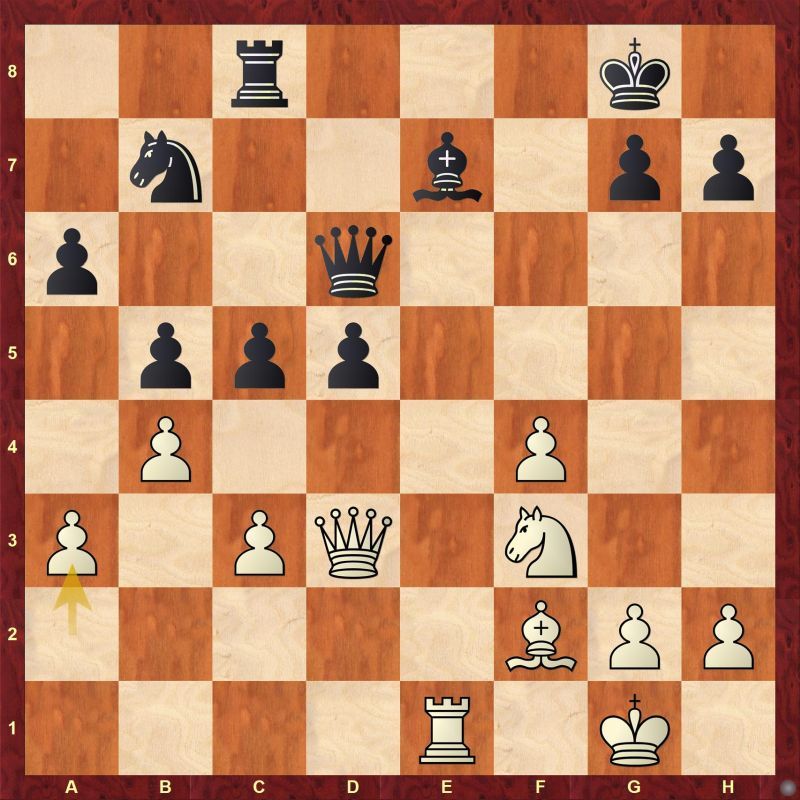 Humpy made another mistake with 25...Rd8 which gave her opponent a decisive advantage which Gunina seized momentarily until she didn't. 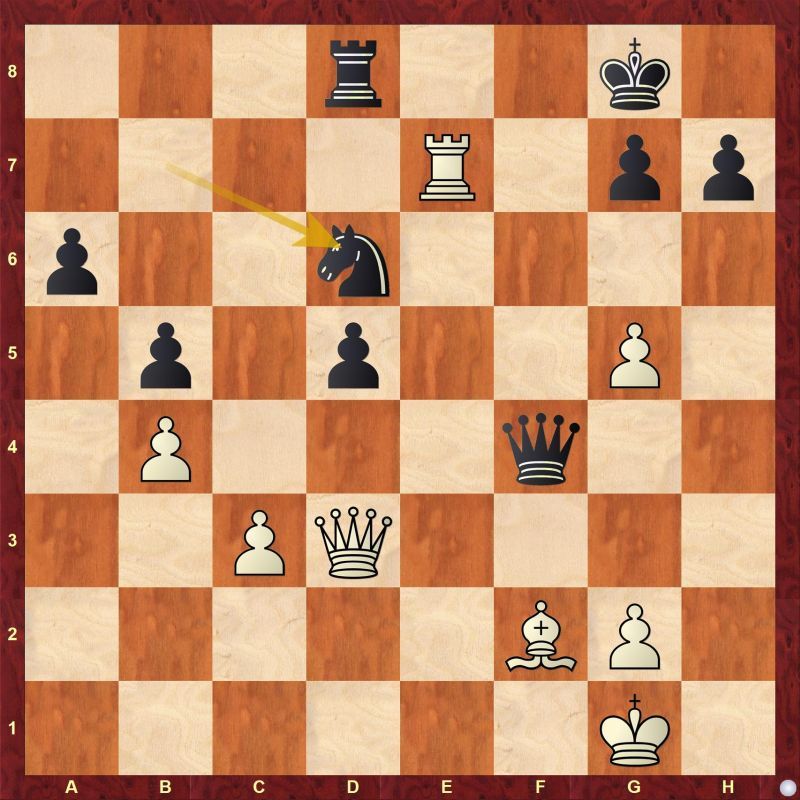 Gunina missed the winning continuation here after 30...Nd6. What did she miss?

After 31...Nf7, the Russian still could have maintained her grip, however she let things slip and Humpy being the war veteran prance at the opportunity of a second wind. 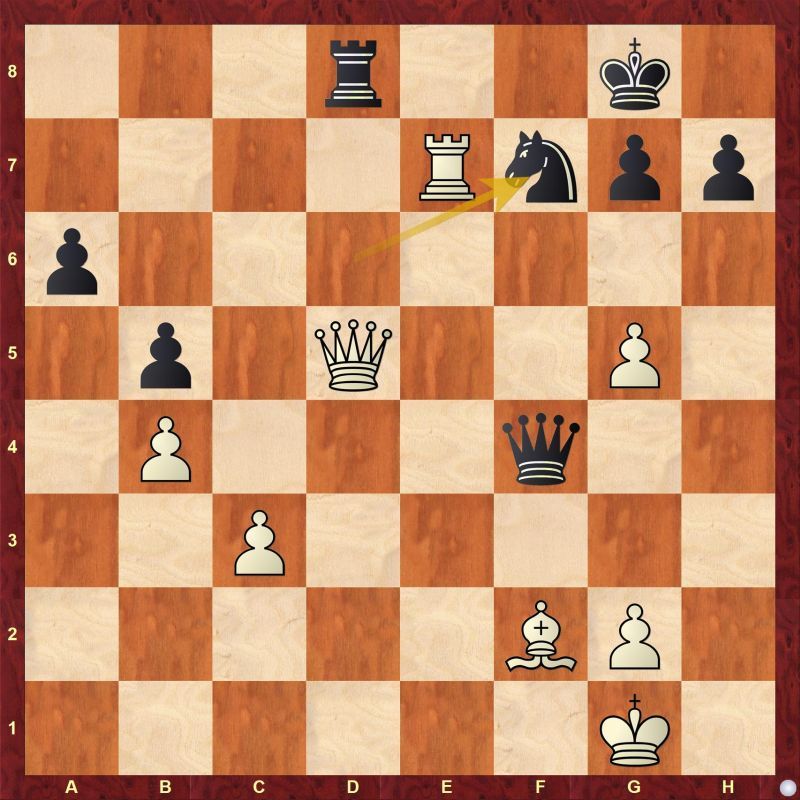 Find out the best continuation for white after 31...Nf7

Gunina let her firm grip on the position loosen up and Humpy seized it and equalized the position. 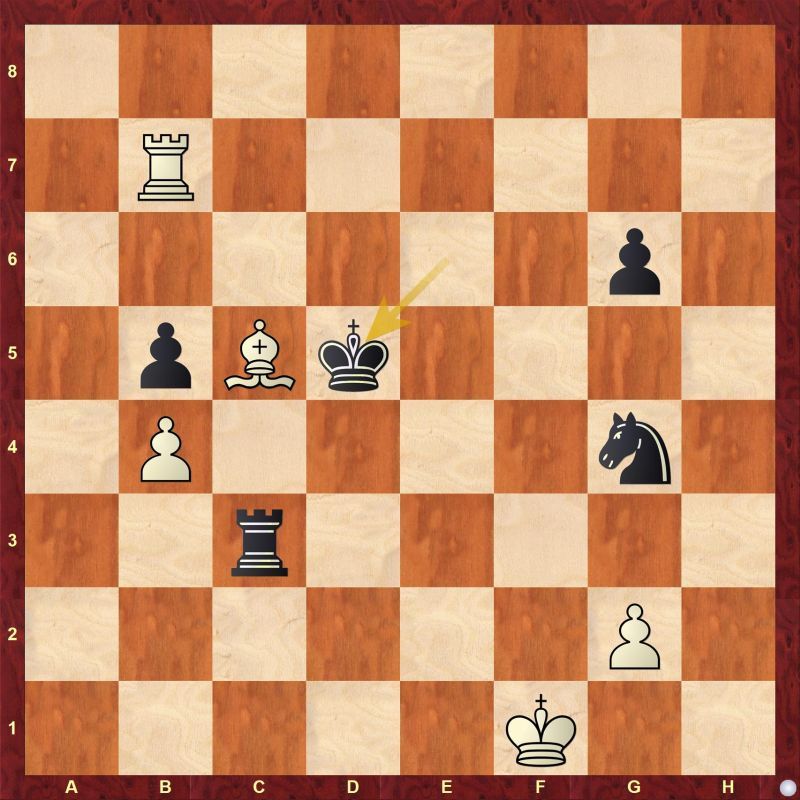 It was quite obvious that scoring a full point was a long gone conclusion, draw is the best possible for result for white. However, Gunina did not bother to capture the b5-pawn with 53.Rxb5 which was the obvious move in this position. It became the reason to haunt and eventually cost her the game. 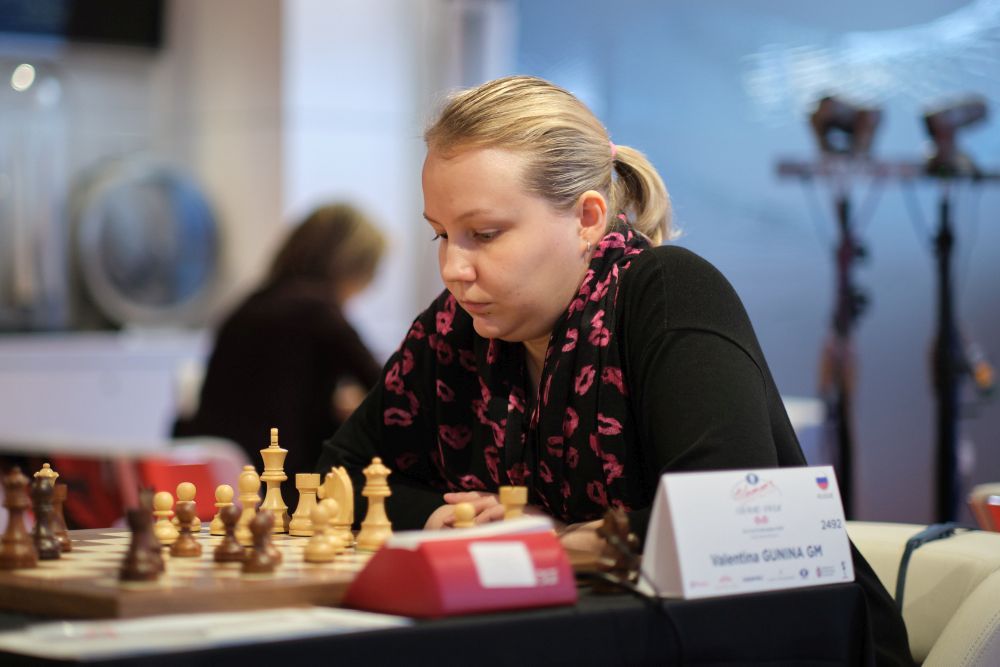 It was not Gunina's day | Photo: Karol Bartnik / FIDE
Humpy speaks about her win against Gunina | Video: FIDE

In a game arising out of Semi-Slav Botvinnik variation, in the game between Mariya and Anna Muzychuk, majority of the it remained a theory. Anna sacrificed a piece and she was forced to repeat moves to save the game and draw by perpetual check in just 30 moves. 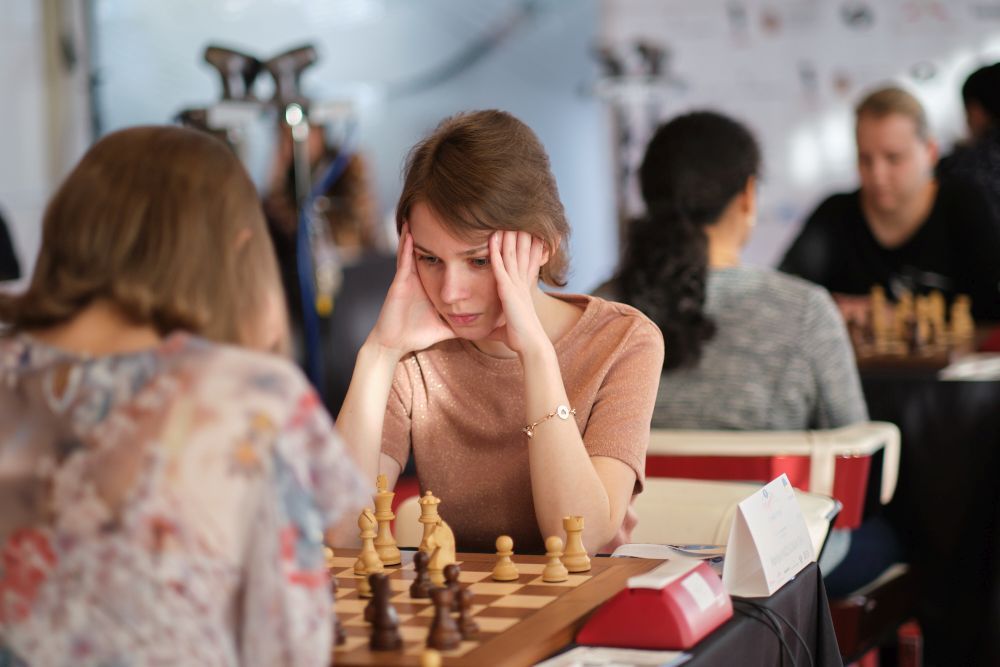 Elisabeth and Xue made a short draw

The Chinese GM Zhao Xue opted for the Sveshnikov with the black pieces against German no.1 woman IM Elisabeth Paehtz. After the conclusion of theory which lasted more than half of the game, pieces got exchanged at regular interval and a draw was agreed after 31 moves when the game reached to an equal Opposite color bishop endgame, making it the second short draw of the day. 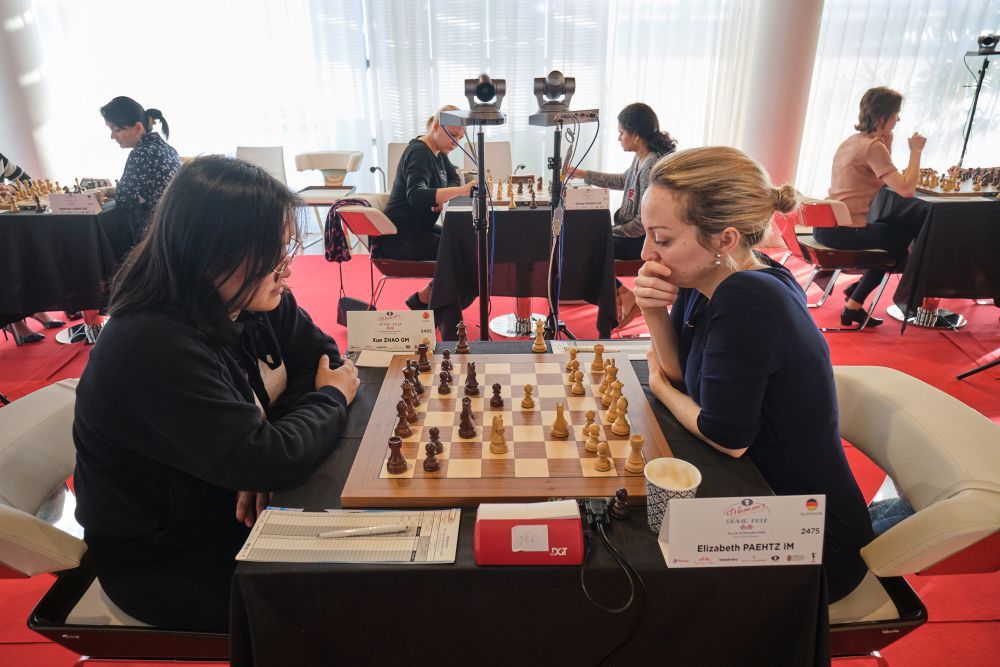 Harika met her match in Dzagnidze

The Georgia no.1 woman GM Nana Dzagnidze was looking to surprise India no.2 GM Harika Dronavalli when she went with 2...a6 O'Kelly variation in Sicilian Defence. Harika played correctly and got Nana out of theory on move no.9 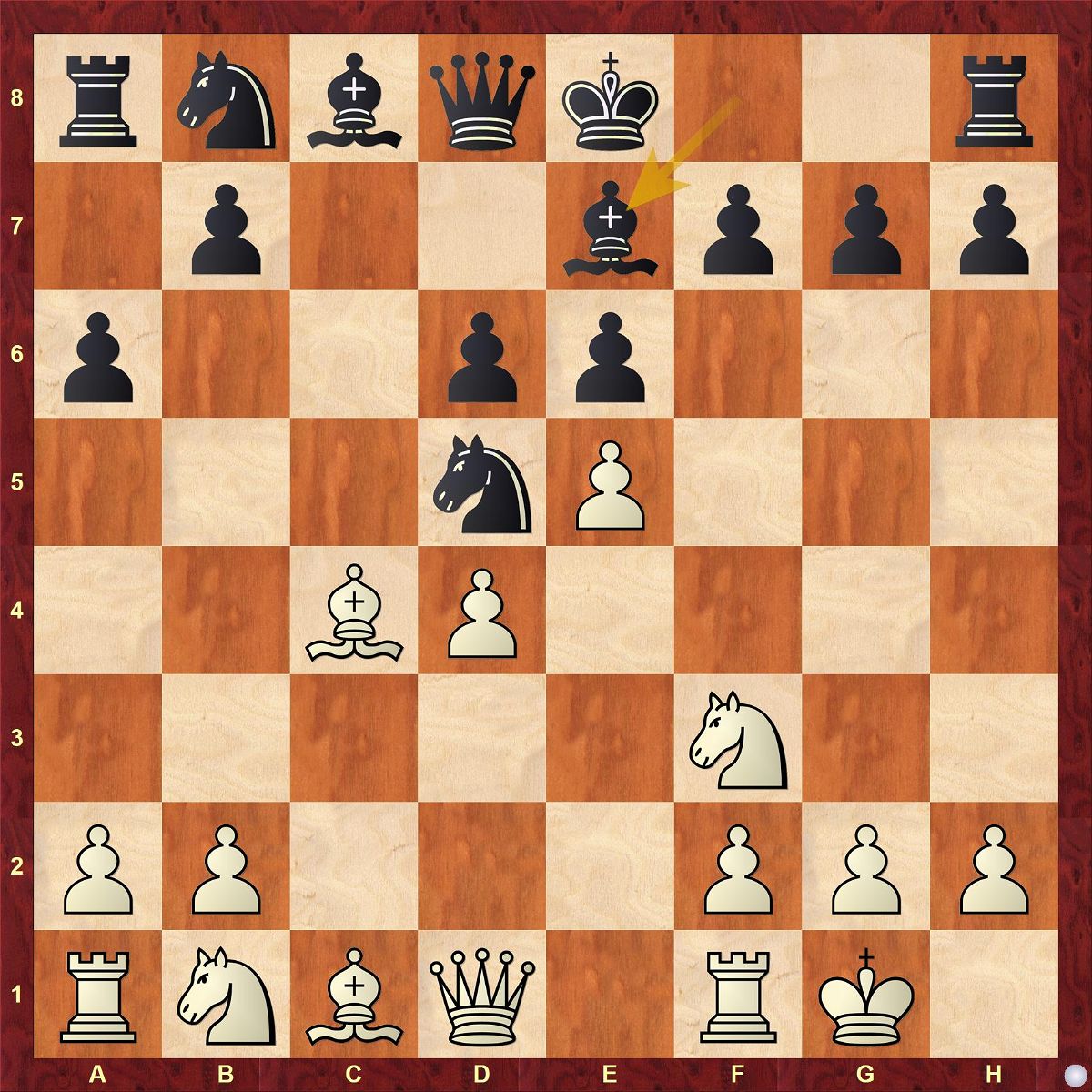 Harika opted for minor piece exchange in the center with 9.Bxd5. She wanted to play aggressively by trying to create something on the kingside, but Nana is not someone to let an attack slip by. The eventually liquidated into an equal rook and few pawns endgame when both players decided to repeat the moves and settle for a draw. 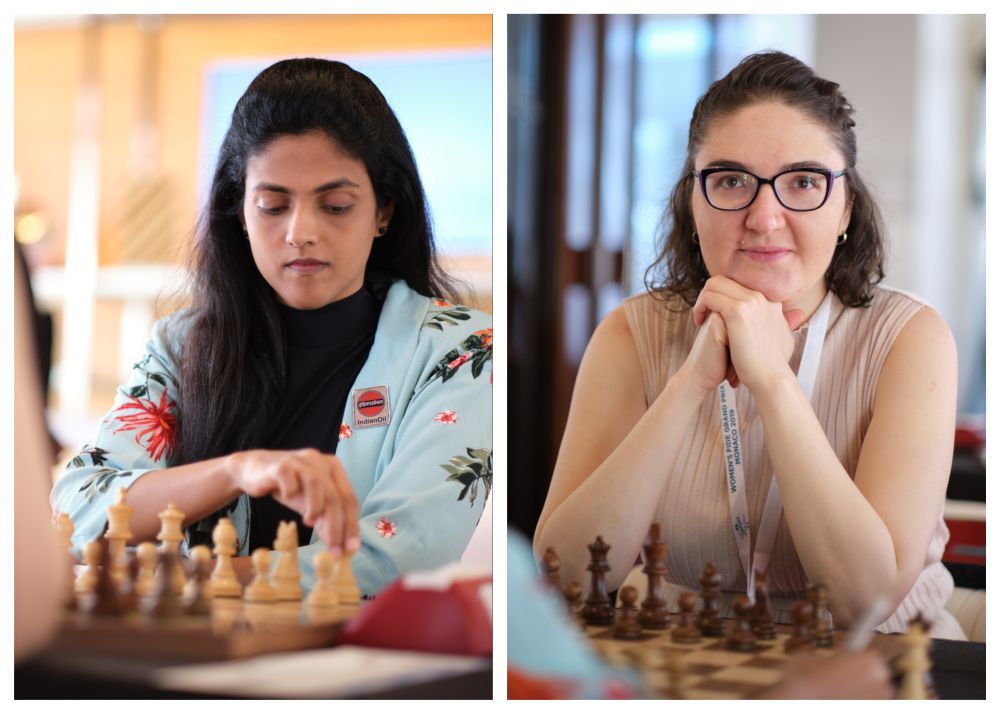 Harika and Nana fought for an advantage, but none attained it | Photo: Karol Bartnik / FIDE 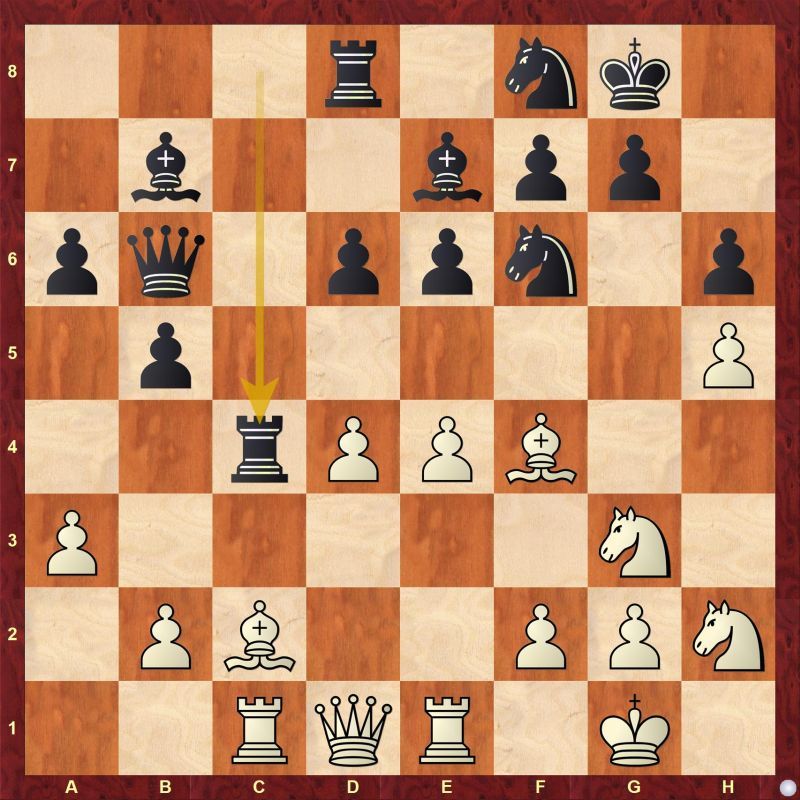 Lagno attempted to launch an invasion with 21...Rc4 followed by 22...Rdc8, but Goryachkina forced a rook exchanged with 23.Bb3 and blunted any possibility of sharp initiative. 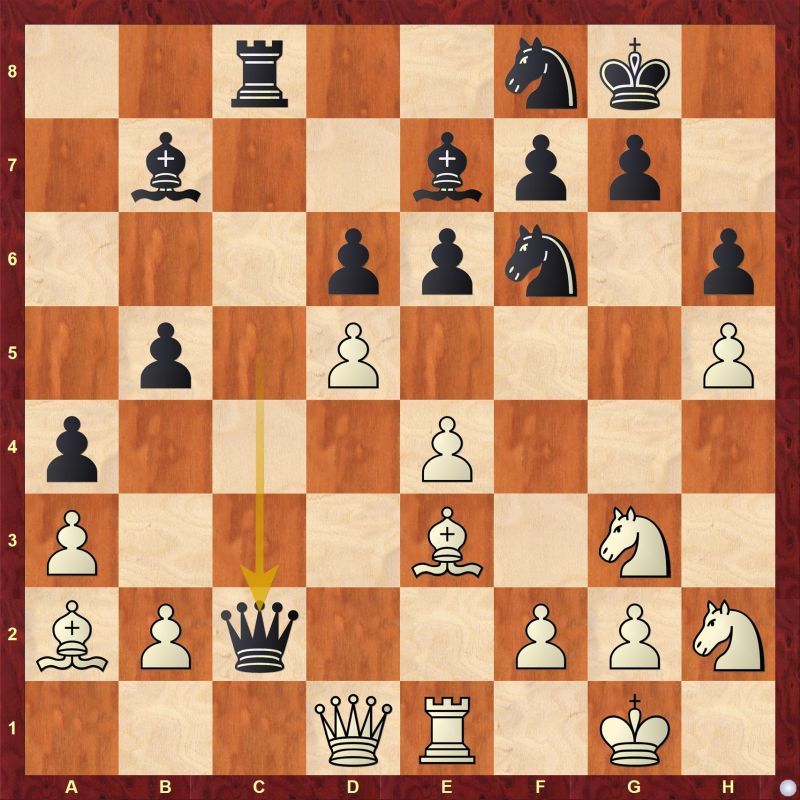 Black made another attempt to gain an entry on the queenside and lock white's pieces with 27...Qc2 but the young Challenger played 28.Qa1 calmly and did not partake in the exchange of queens. In the next couple of moves, Goryachkina trapped Lagno's queen in such a way that repetition was the only way to save the queen from getting captured. 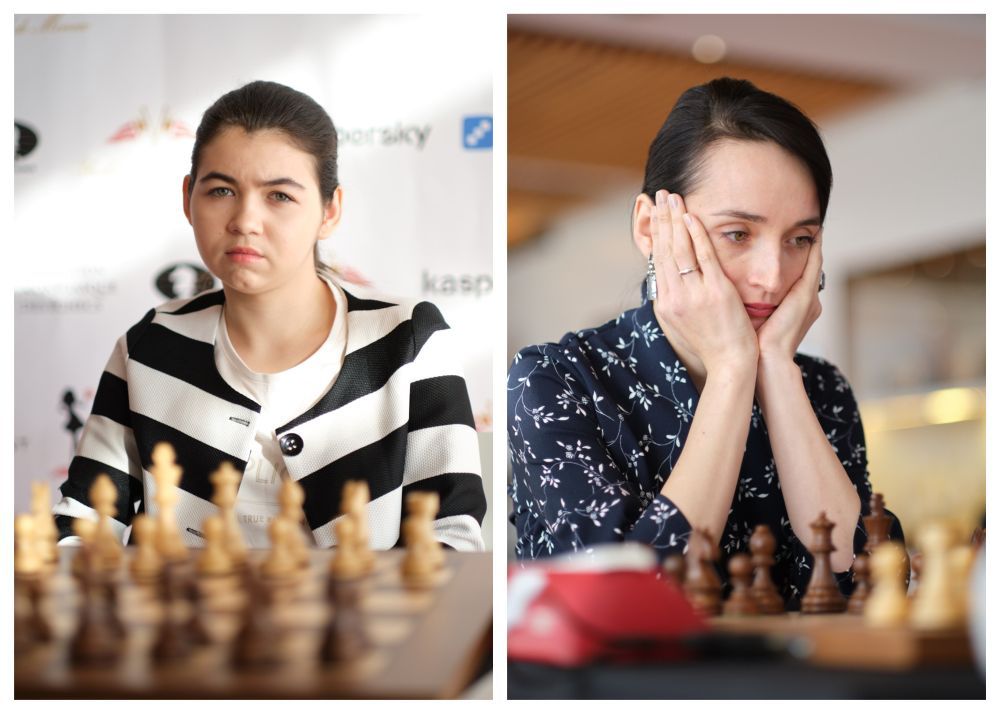 Arguably the most interesting game of the day was between the legendary Pia Cramling and Alexandra Kosteniuk. The Chess Queen opted for an unusual line of Nimzo-Indian defence which gave her cramped position. 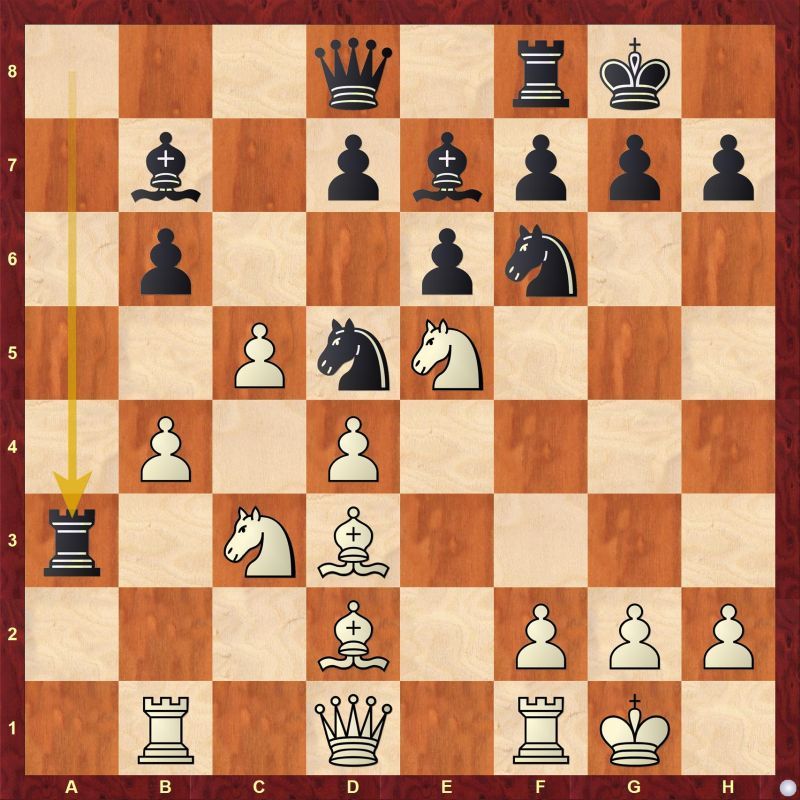 White continued here with 16.Nxd5, however she could have opted for an interesting continuation which could have given her a much needed initiative. 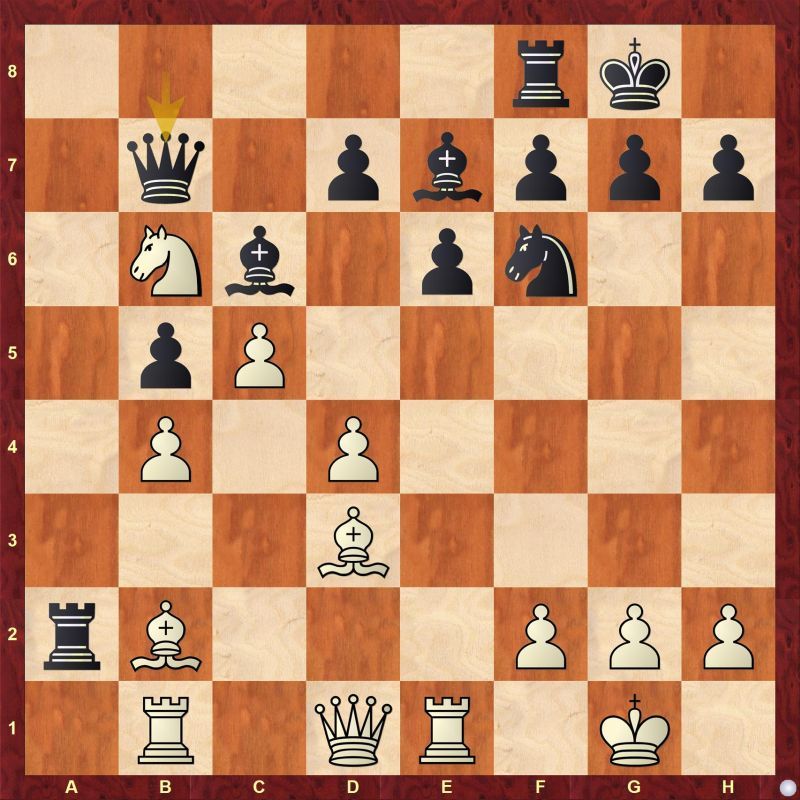 What is the best way for white to respond to black's battery on the long diagonal?

Cramling's best opportunity came after 24...Qf5 when she just needed to focus on the queenside where he she had clear advantage. 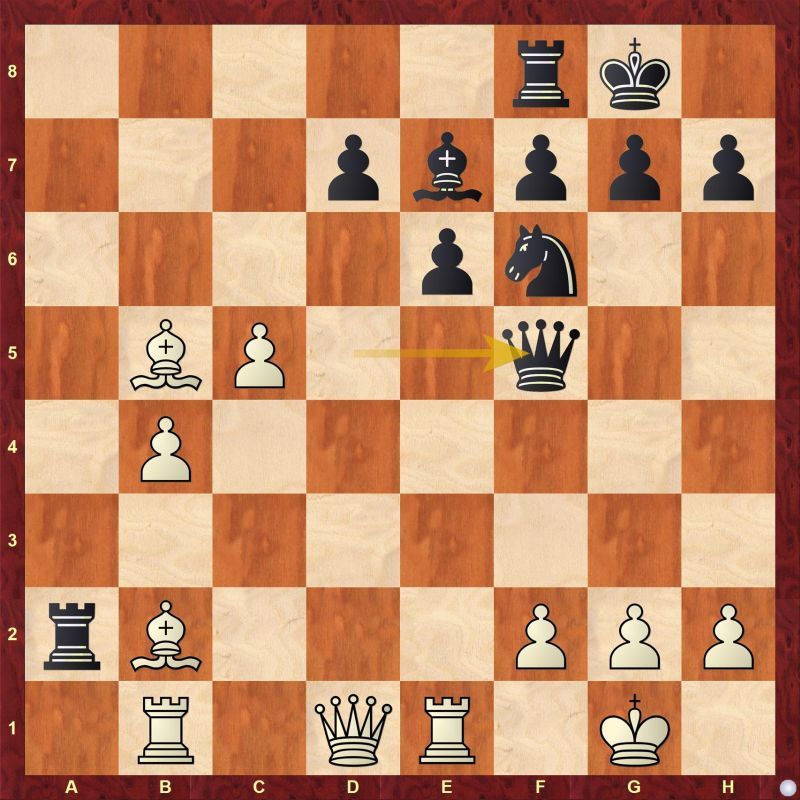 Find the best continuation for white after 24...Qf5

White missed the best choice and went ahead with 25.Qd4 and black neutralized white's advantage on the queenside with 25...d6. However that opened up the window of opportunity for white to strike on black's kingside. 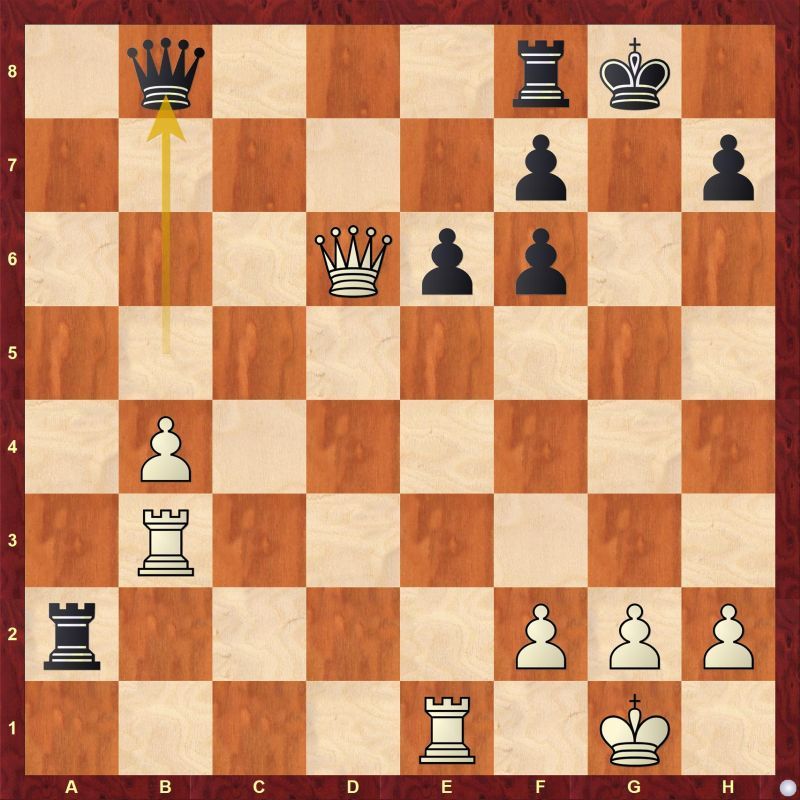 Kosteniuk blundered with 29...Qb8. How should white capitalize here?

After several missed opportunities, the game ended up in an equal rook ending where draw was the natural outcome. 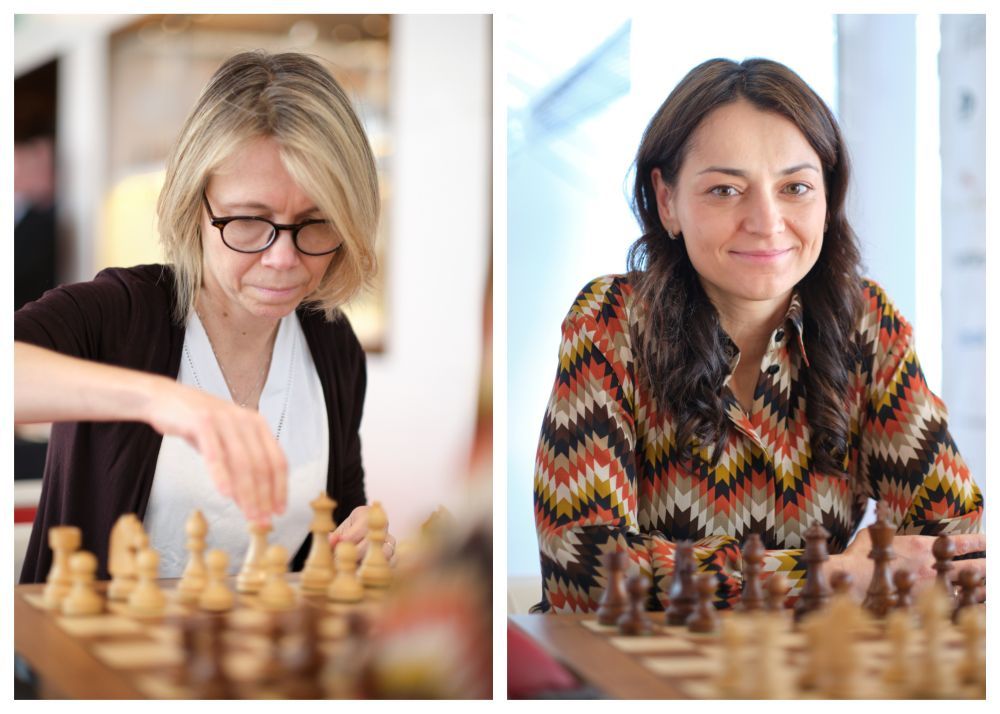 Pia would be unhappy with all the missed opportunities | Photo: Karol Bartnik / FIDE