Goryachkina scored a victory over Gunina and took sole lead with 6.0/8. Humpy drew her game with Harika and they are now at second and third place with a score of 5.5/8 and 5.0/8 respectively. Cramling recovered against Mariya after making a few mistakes and drew her game eventually in the longest game of the round. Kosteniuk beat Dzagnidze, Anna Muzychuk made a short draw with Elisabeth Paehtz, Kateryna Lagno had a fighting draw with Zhao Xue. Pia Cramling, Alexandra Kosteniuk, Kateryna Lagno and Anna Muzychuk are tied fourth place with a score of 4.5/8 each. Only three rounds left. Read a detailed report of Round 8 | Photo: Karol Bartnik / FIDE

Goryachkina is back at the top

Round eight had only two decisive results and four draws as Goryachkina soared ahead with her win, but the other leader Humpy made a draw with her compatriot Harika. 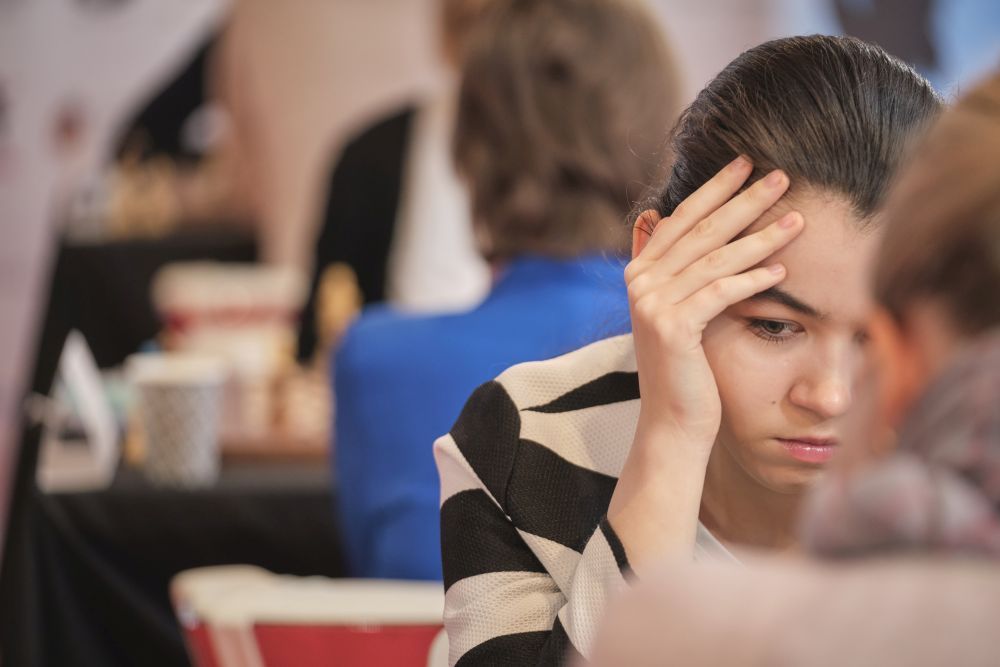 Goryachkina is at sole lead with 6.0/8 | Photo: Karol Bartnik / FIDE

Goryachkina beat Gunina and took sole lead. Gunina made some incorrect decisions in the critical moments of the game which caused her position to deteriorate and eventually cost her the game. 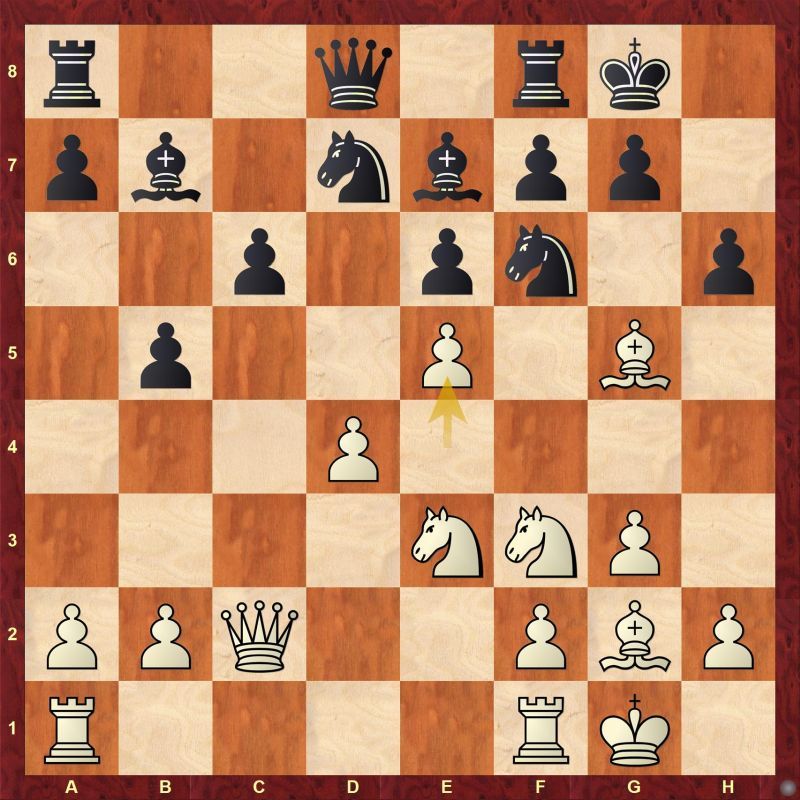 In the game, Black opted for 13...Nd5 which means an exchange on d5 completely blinds the b7-bishop which is exactly what happened in the game. The bishop survived till the endgame without taking any significant part in the game. 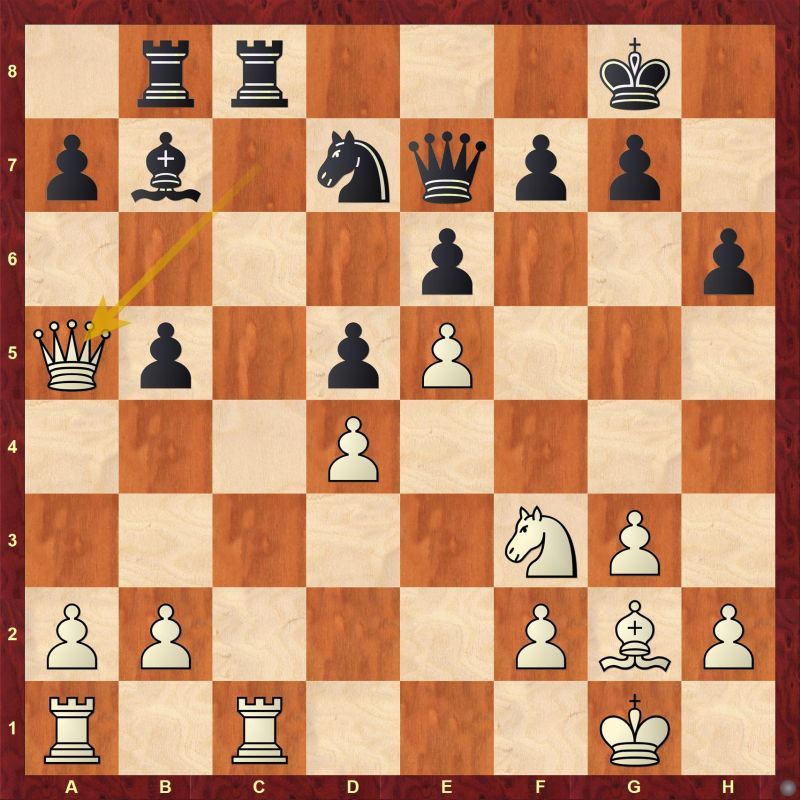 Black should have made the effort to protect both a7 and b5 pawn. Even though it might look a bit passive but that was the right way to continue as the pawn deficit eventually cost black the game. 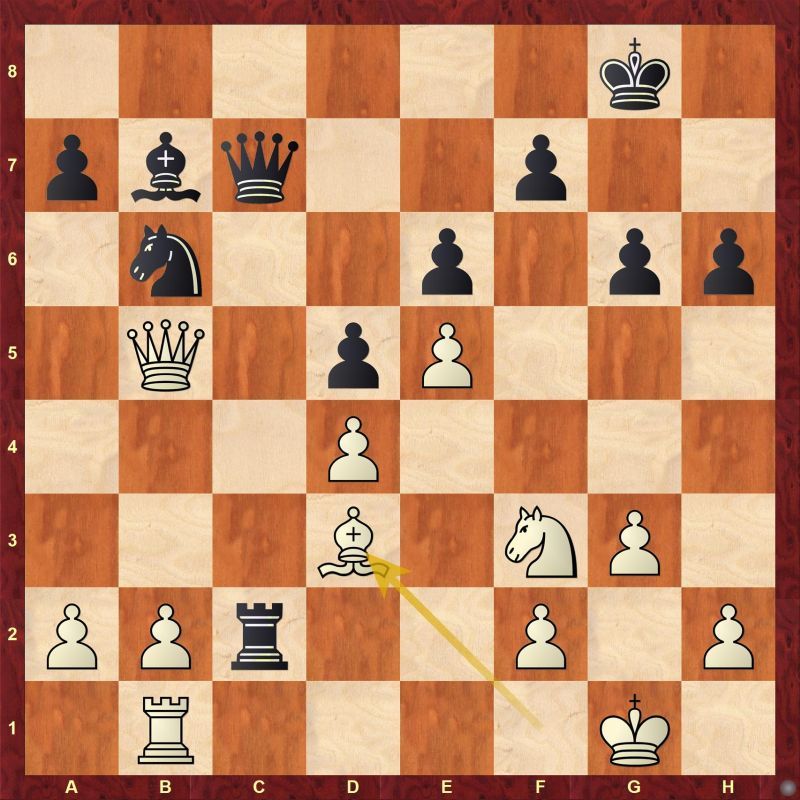 Since Gunina already has a total control on the c-file as a compensation for the lost pawn, the obvious choice for black should have been 23...Rc6. Exchanging the rooks with 23...Rc1 only helps white as now white does not need to bothered about what to do with the rook. 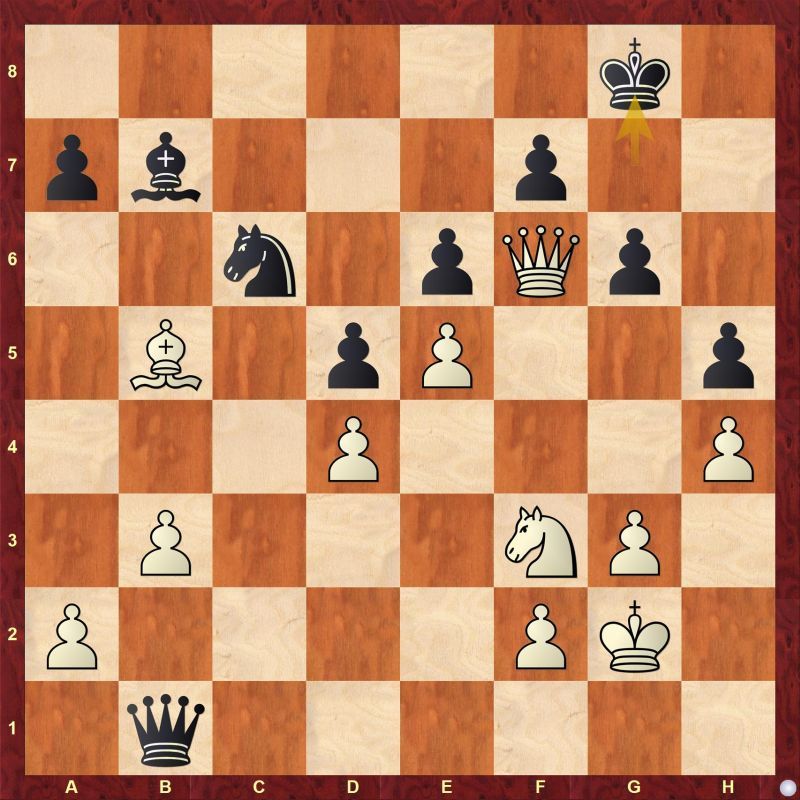 Goryachkina needed to keep the queens on the board for a quicker win. Can you find the correct continuation for white? White continued with 36.Ng5 Qf5 37.Qxf5 exf5 and it took another 14 moves for white to score the victory.

Harika had an uneventful draw with Humpy

In a post-match analysis, Harika described her game as 'a little bit boring draw'. 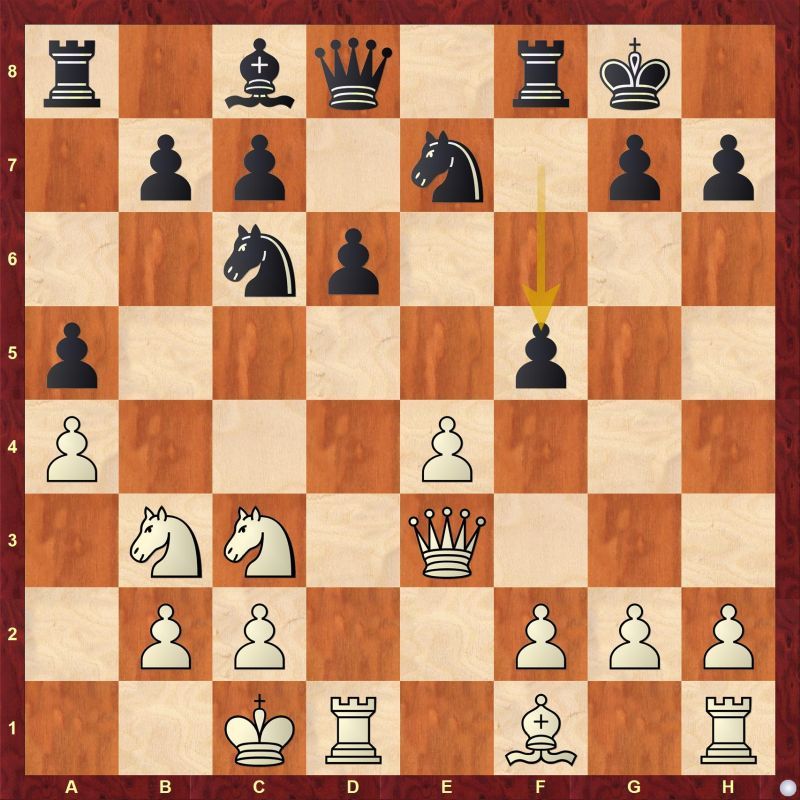 Harika knew f4 can be played against f5 in this position, however she was not sure if it was a good idea, now that both a4 and a5 are present on the board. She mentioned, "Maybe I should have tried 12.f3 f4 13.Qd2 and then play h4, h5. Maybe this could have been more interesting. Maybe this is the idea actually."

Humpy talks about the importance of promotion of the game | Video: FIDE 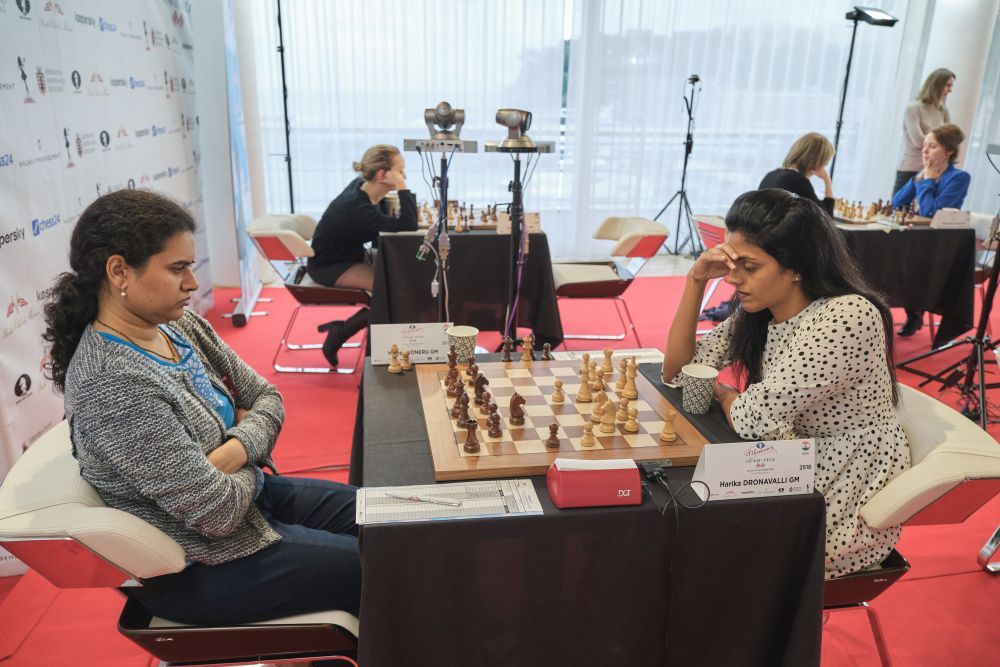 Mariya misses a half chance

In the endgame, Cramling made an inaccurate pawn sacrifice which presented an opportunity for Mariya. 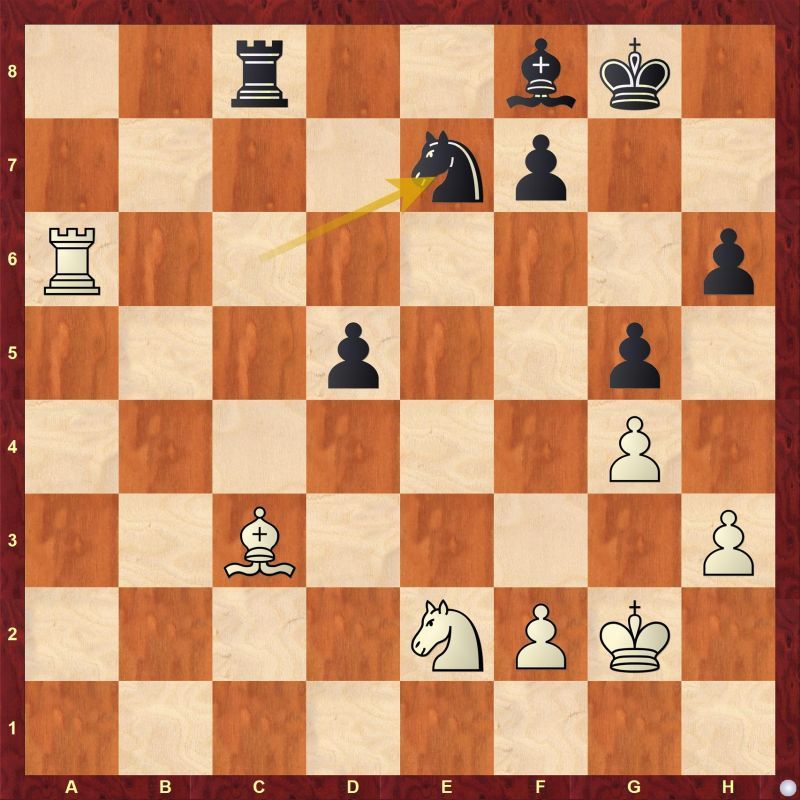 White made an unprovoked sacrifice with 43.h4 which tipped the scale of advantage in black's favor. White should have simply continued the game with 43.Rd6 and maintained equality. 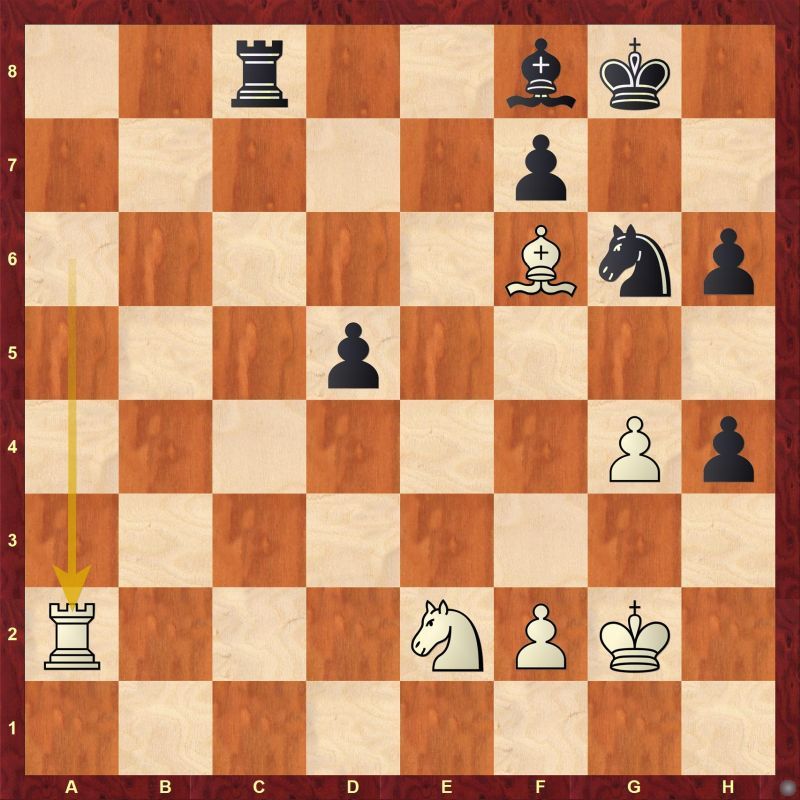 In the game, Black continued with 45...Re8, however there was a better alternative. Can you find out? Black lost the advantage and the game eventually ended up in a draw after another 41 moves. 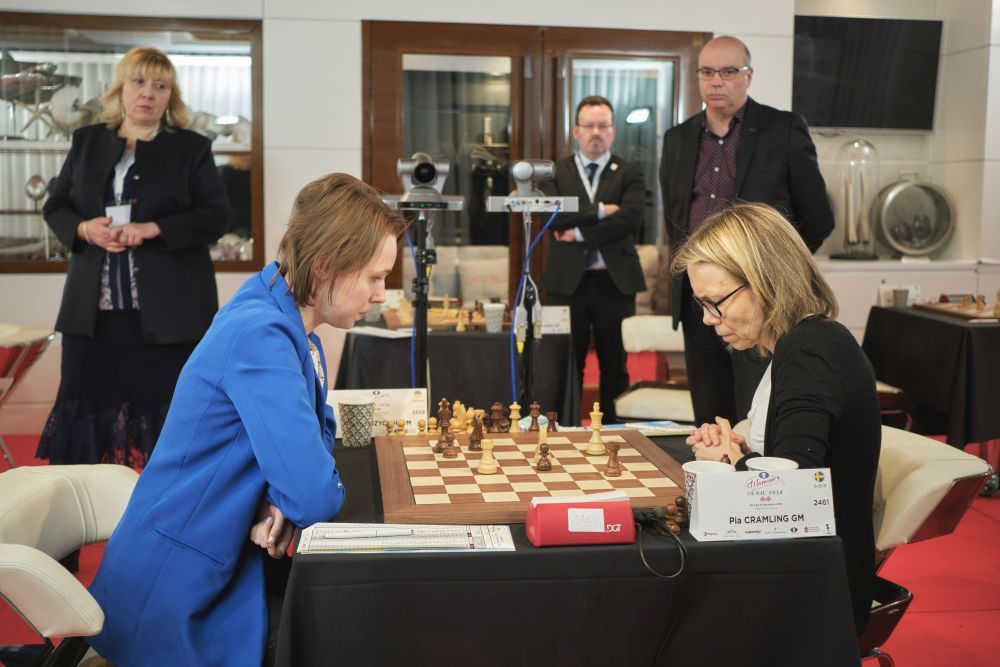 Cramling-Mariya was the longest game of the round | Video: FIDE

Paehtz vs Anna - A short draw

Anna Muzychuk opted for the Marshall Attack in Ruy Lopez, something which is lately picking up at the top level. The game ended up in a draw in just 27 moves after both players repeated moves in an equal double rook endgame.

Paehtz talks about what she did on the rest day | Video: FIDE 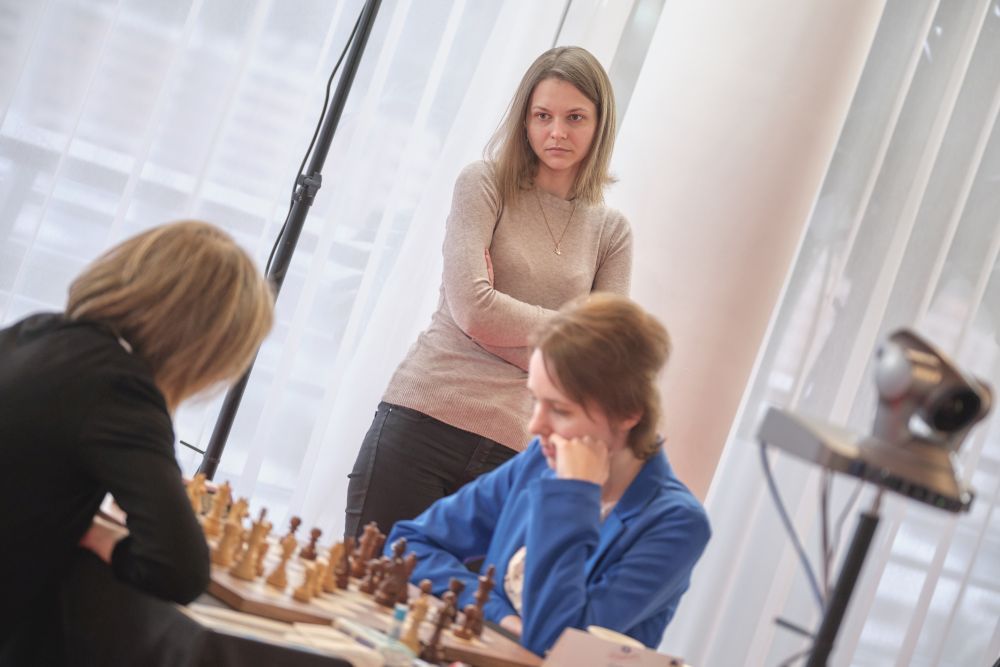 Nana Dzagnidze incorrectly defended a pawn with 20.Bg4 which resulted in Kosteniuk getting upper hand. 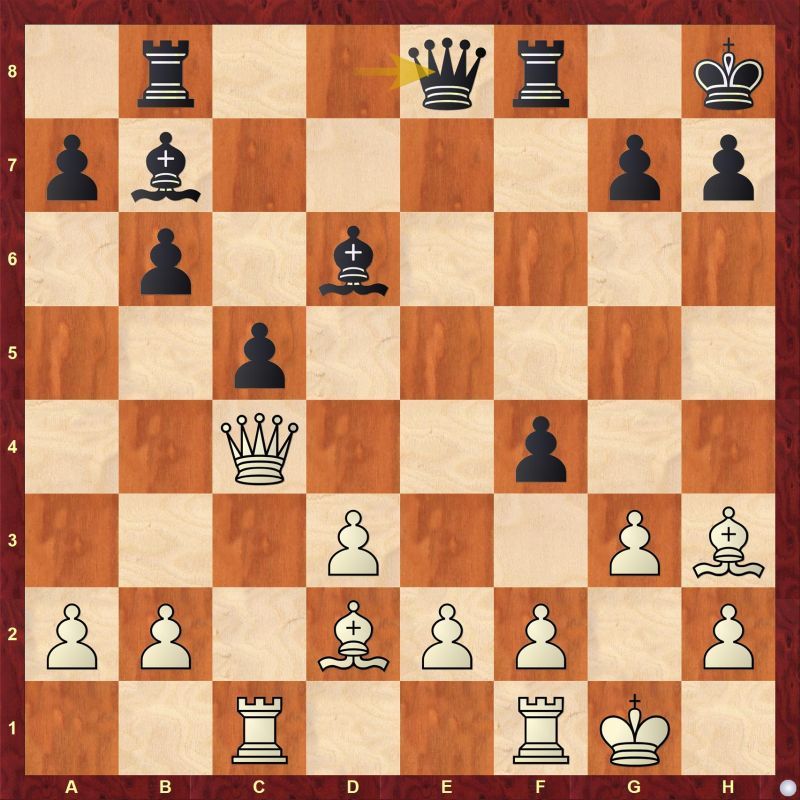 White needed to save the e2 pawn correctly, but instead played 20.Bg4 which landed white in a whole lot of trouble. What was the correct continuation? Kosteniuk could have increased her advantage by seizing her next opportunity. 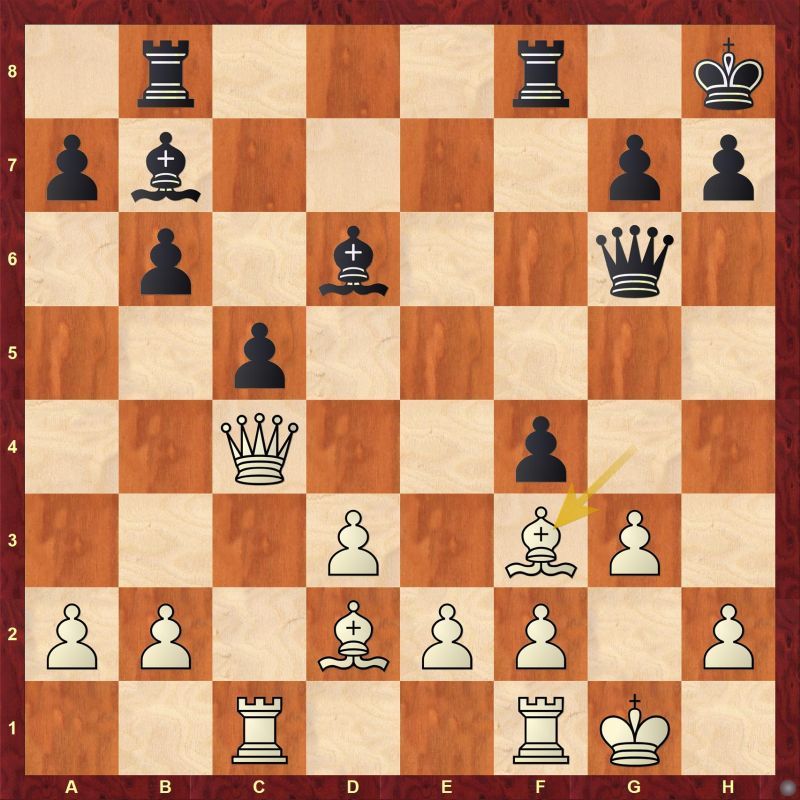 Black played 21...Bxf3 and got a better position anyway, however there was an intermediate move which black missed. It could have probably accelerated black's victory. Can you find it? Soon afterwards White started losing a lot of pawns and eventually liquidated into a lost rook endgame. 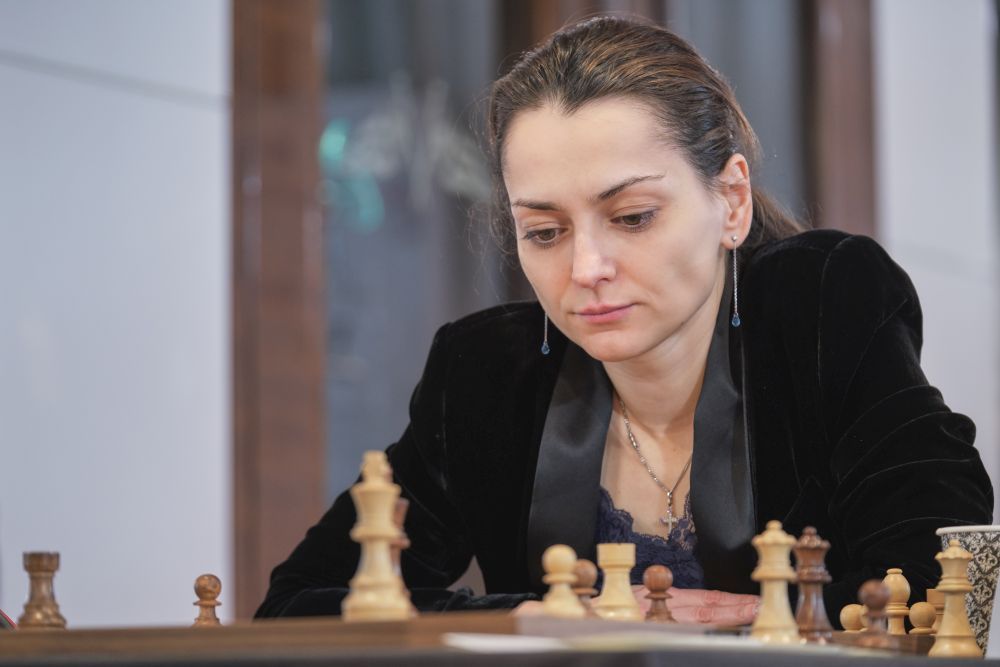 Kosteniuk is building her way to the top | Video: FIDE

Zhao - Lagno had a fighting draw

The game reached to a Queen-rook endgame just after the completion of 28 moves. The only chance Zhao got in the entire game was when Lagno played 41...Re7 and made a chance for white to get the f6 pawn. The result of the game would have remained unchanged though. 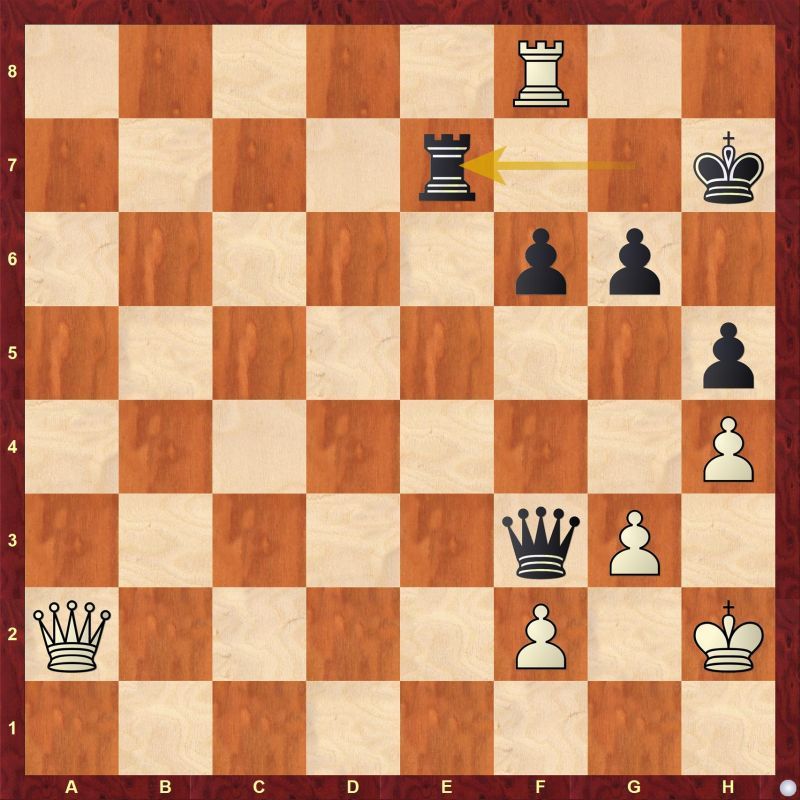 Lagno and Zhao talk about their game | Video: FIDE