Four decisive results in round 2

After round 1 witnessed only one decisive game and five draws, on the second day, all players arrived in fighting mood and fight is what they did. More than half of the games ran for over four hours and all four of them had a decisive result.

Humpy got a pleasant position out of the Grunfeld Exchange variation. 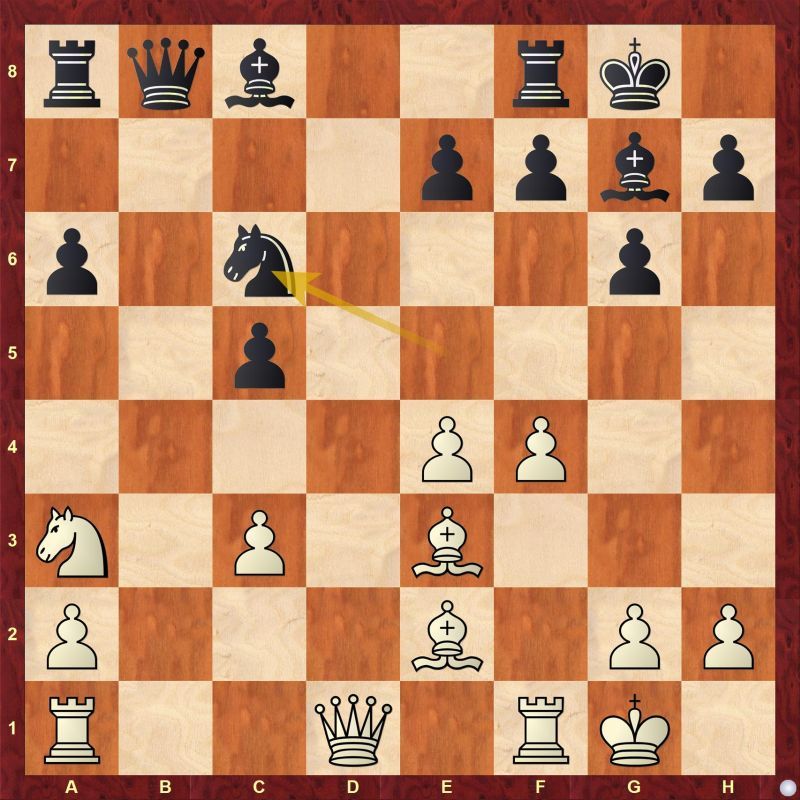 White could have gone for 17.Rb1 followed by Qd5 or Nc4 depending on whether black plays 17...Qc7 or Qa7 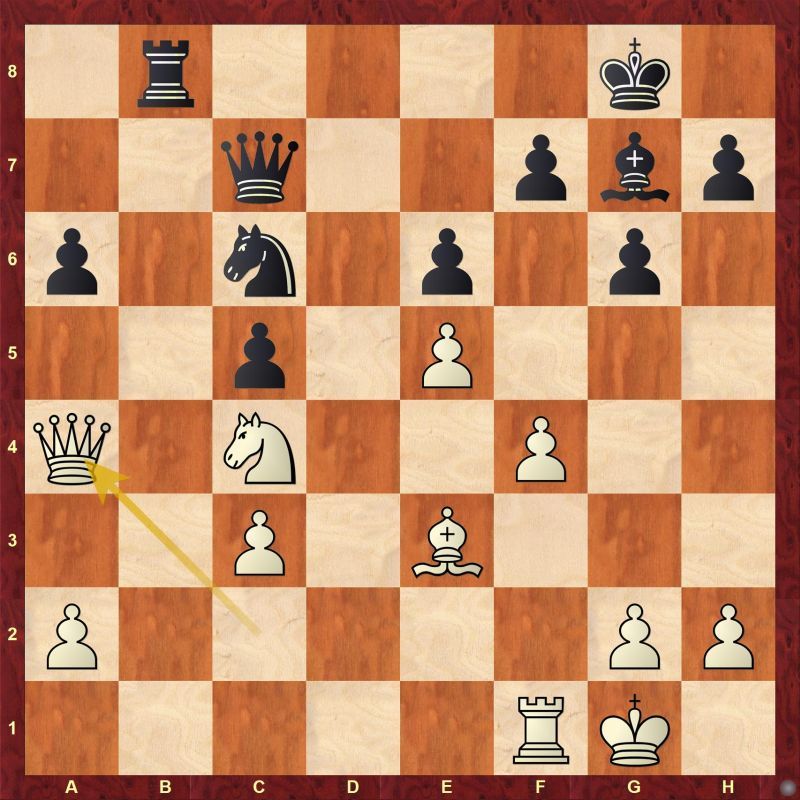 Mariya went for too passive 23...Ra8 instead of an active play by giving up the a6 pawn. Humpy snowballed the advantage into a decisive one and liquidated it into a winning knight ending. 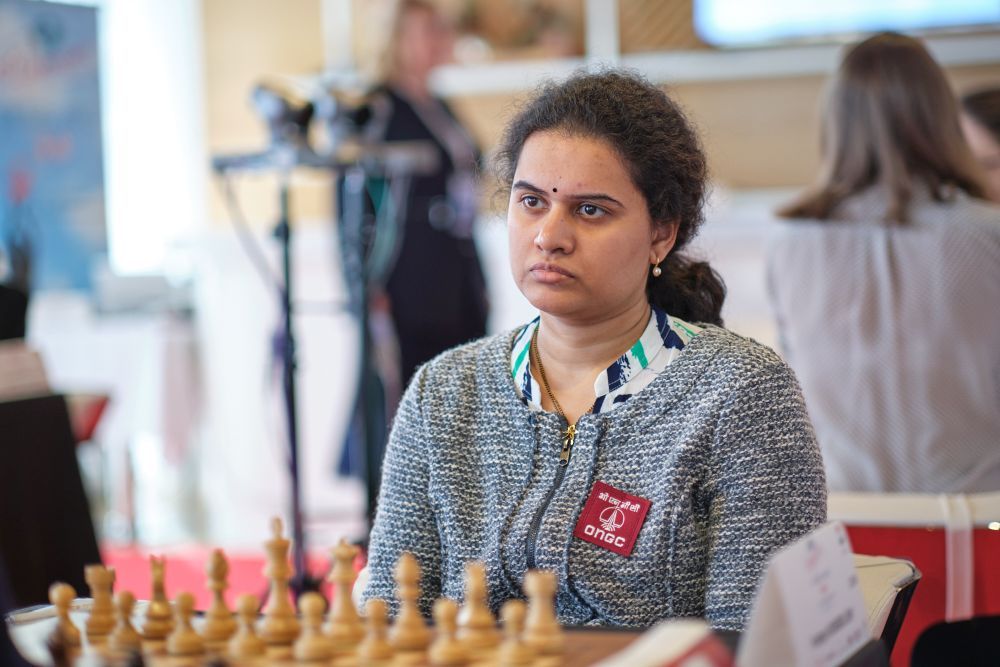 Paehtz opted for the Semi-Slav Defence against Harika and she decided to get out of the opening with 5.Qc2 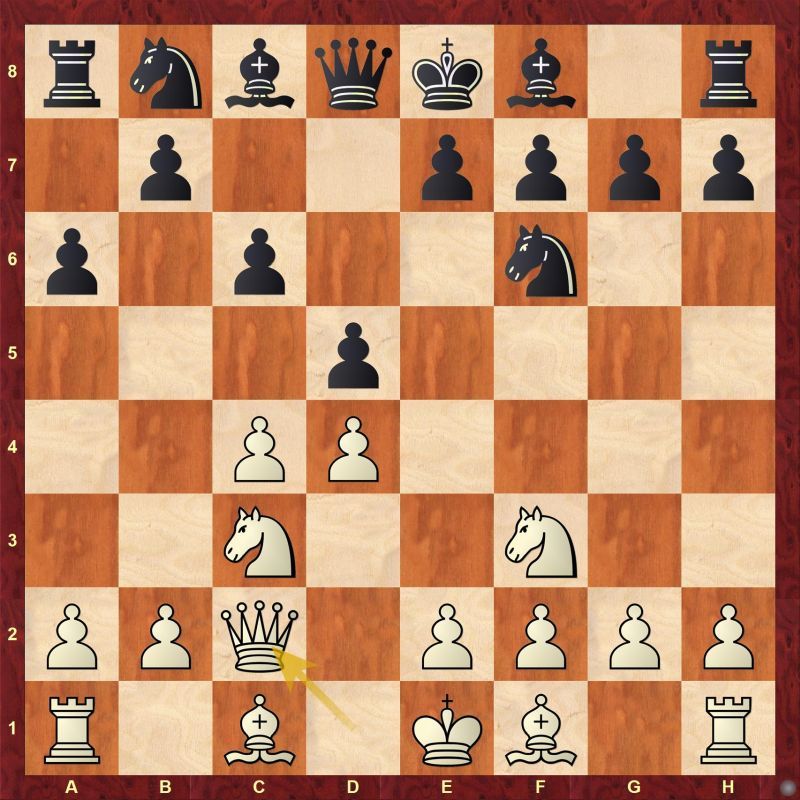 Harika felt that 5...Nbd7 made her life easier. She thought that after 6.cxd5 cxd5 the knight at d7 is misplaced. 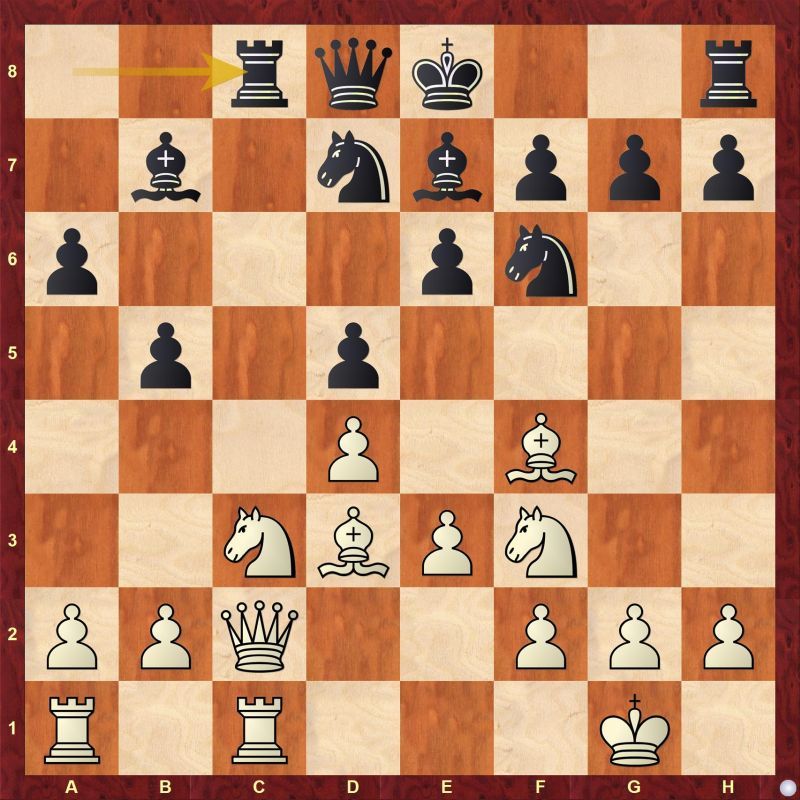 Although white continued here with 12.Qb3 but Harika later realized that 12.Qe2 would have been a better implementation of her plan. 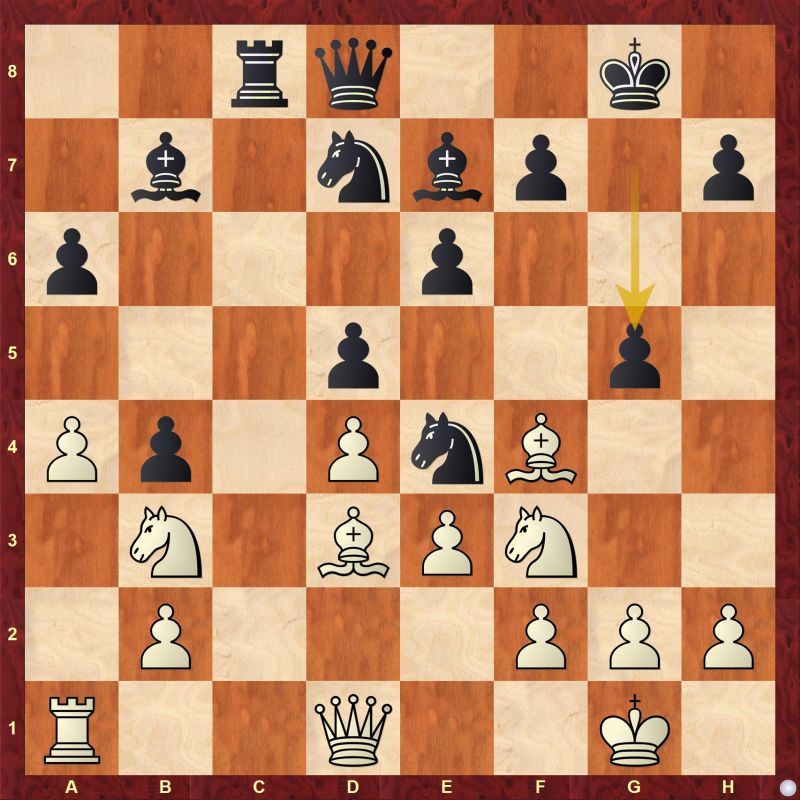 In a post-game interview, Harika said that she felt 18...g5 was the critical moment of the game, it either works for black or it doesn't and in the game it didn't. 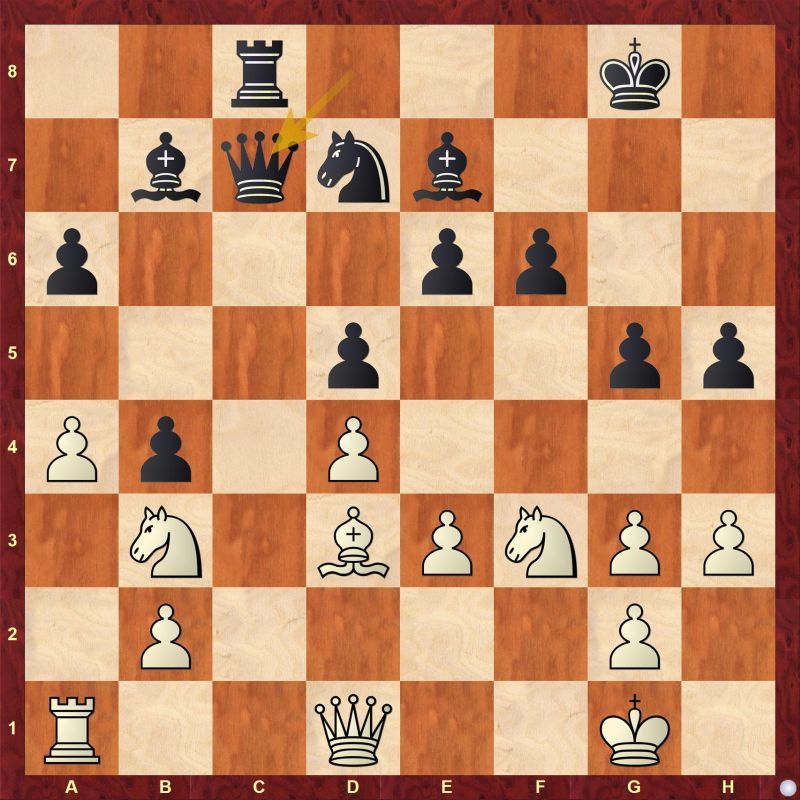 Harika continued here with 23.Nh2, however there was an interesting continuation for white. Can you find it? Harika did not opt for it as she was unsure about it. 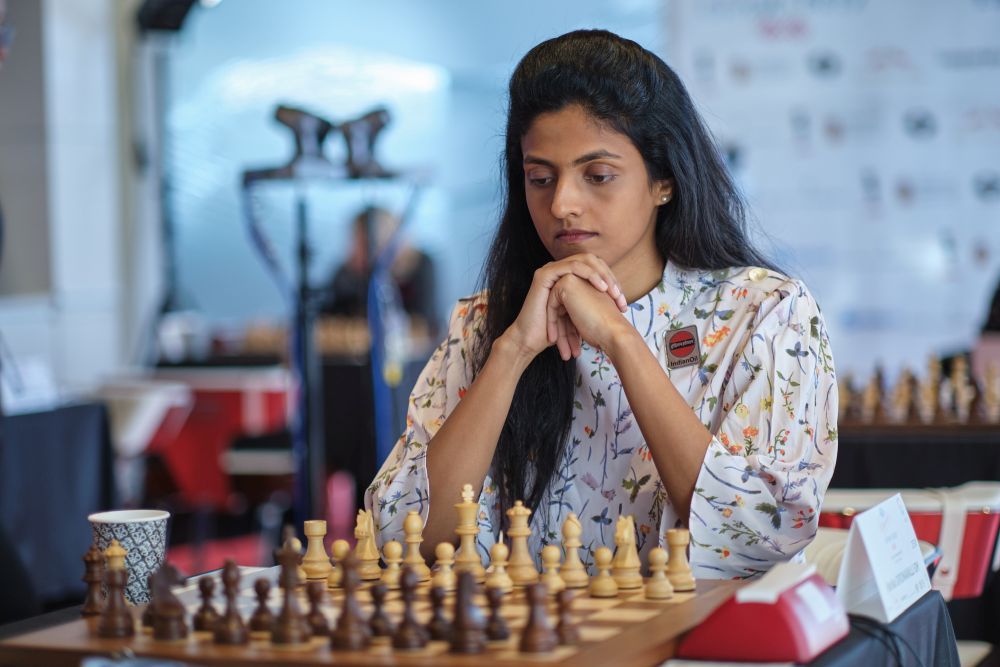 Harika is off to good start | Photo: Karol Bartnik / FIDE

In another All-Russian battle between Gunina and Lagno, the latter opted for Berlin Defence in Ruy Lopez, however she spent almost 20 minutes each on two different occasion. 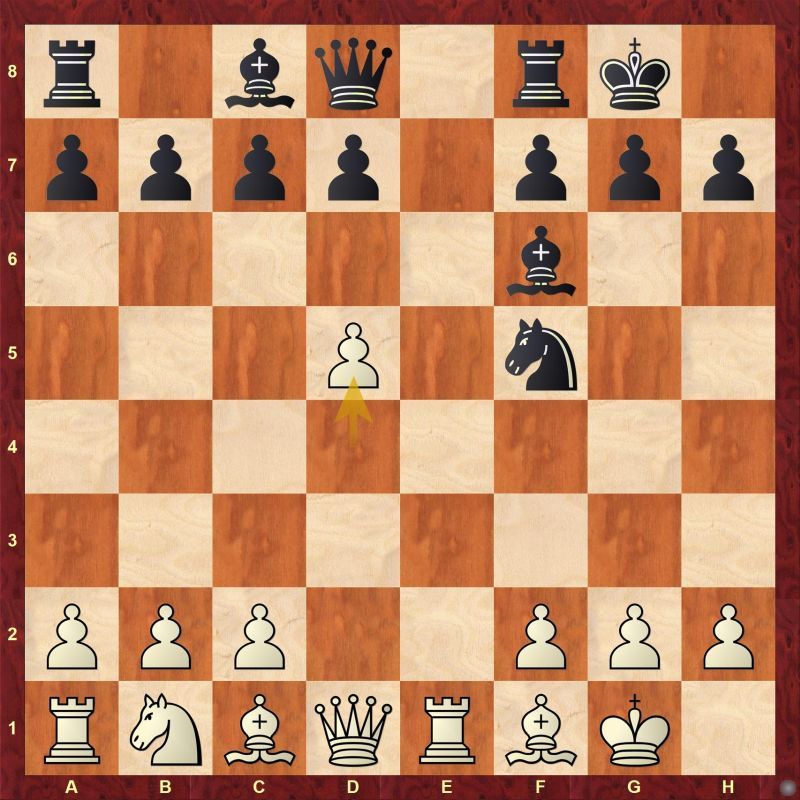 The second move where Gunina consumed another 20 minutes which resulted in her having less than a minute left on the clock was 17...d5 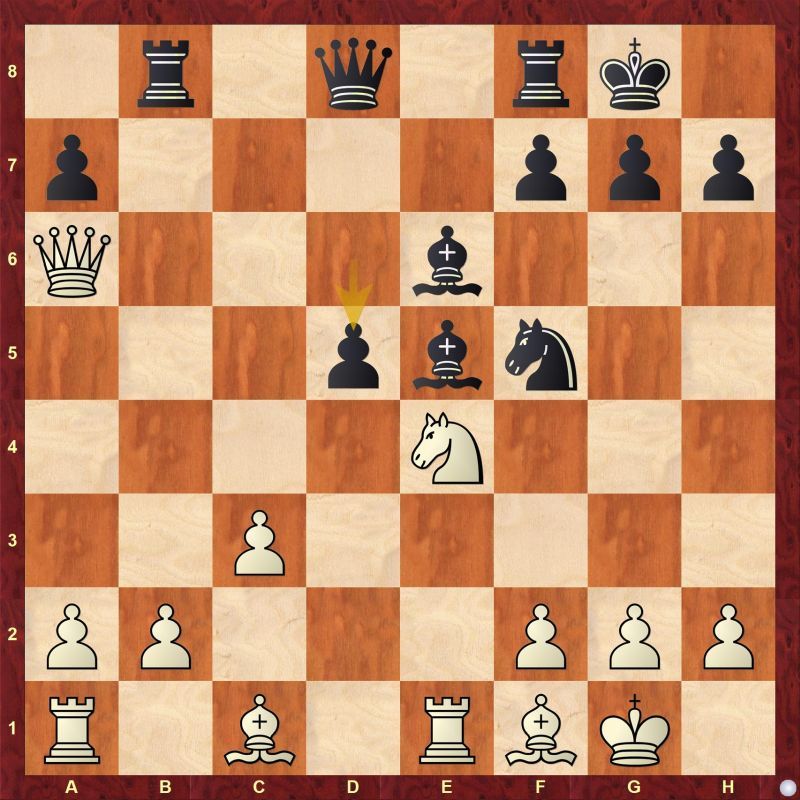 White might be lacking in development here, but black is unable to do anything about it. 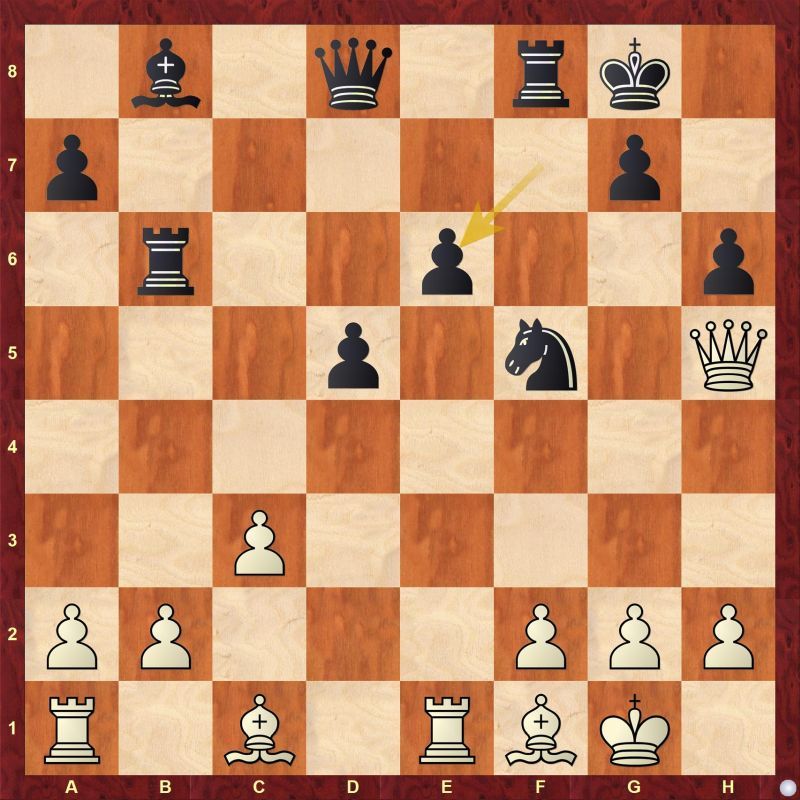 It is evident that white has an advantage here, but how should white continue? 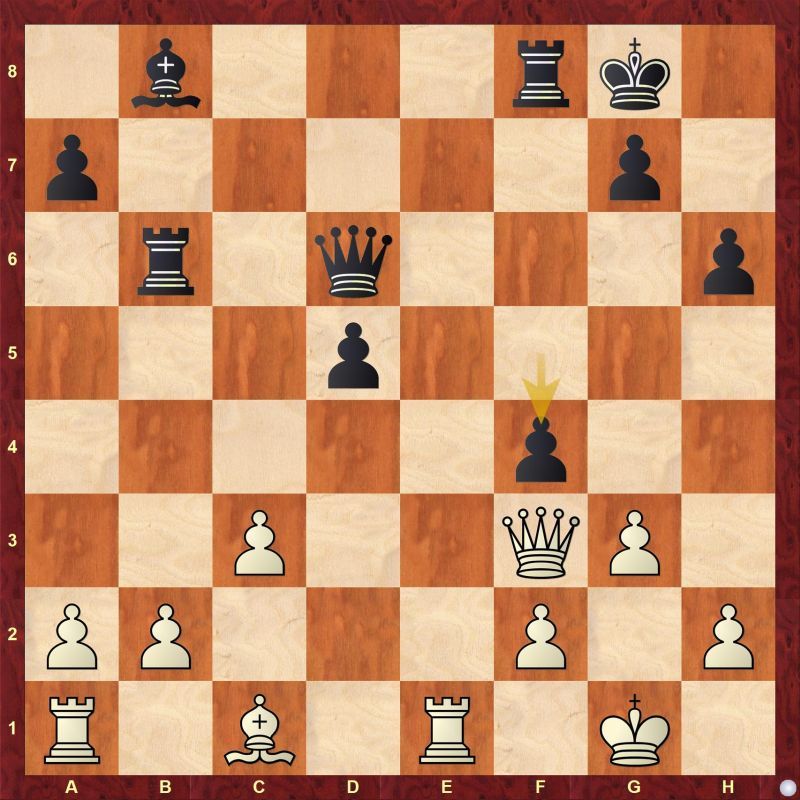 This is a critical moment in the game. What is the best way for white to take on f4? 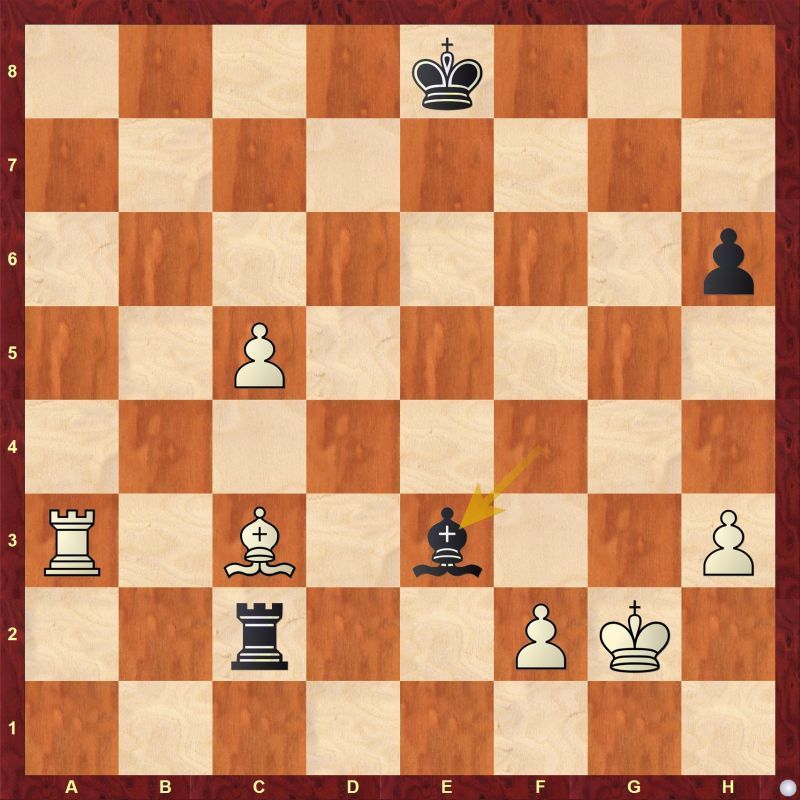 Lagno admitted the fact that she misplayed and blundered the c-pawn and had to grind another 29 moves to secure the full point. Can you find the correct continuation for white here?

However Gunina got one last opportunity to redeem her mistakes and salvage a draw. 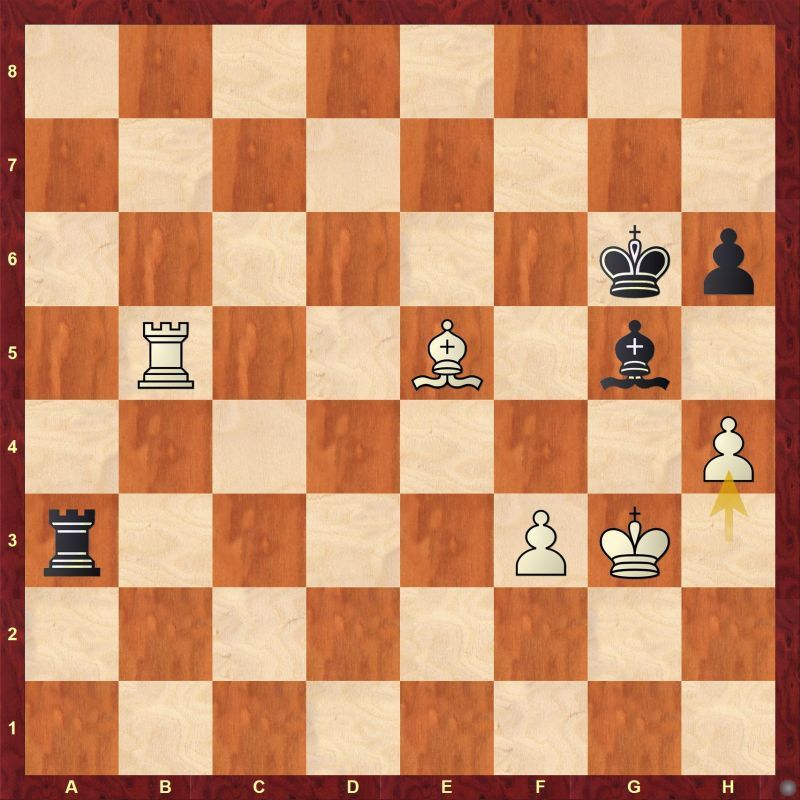 Lagno's final big mistake was 60.h4 which gave Gunina a chance to comeback. What did black miss here? 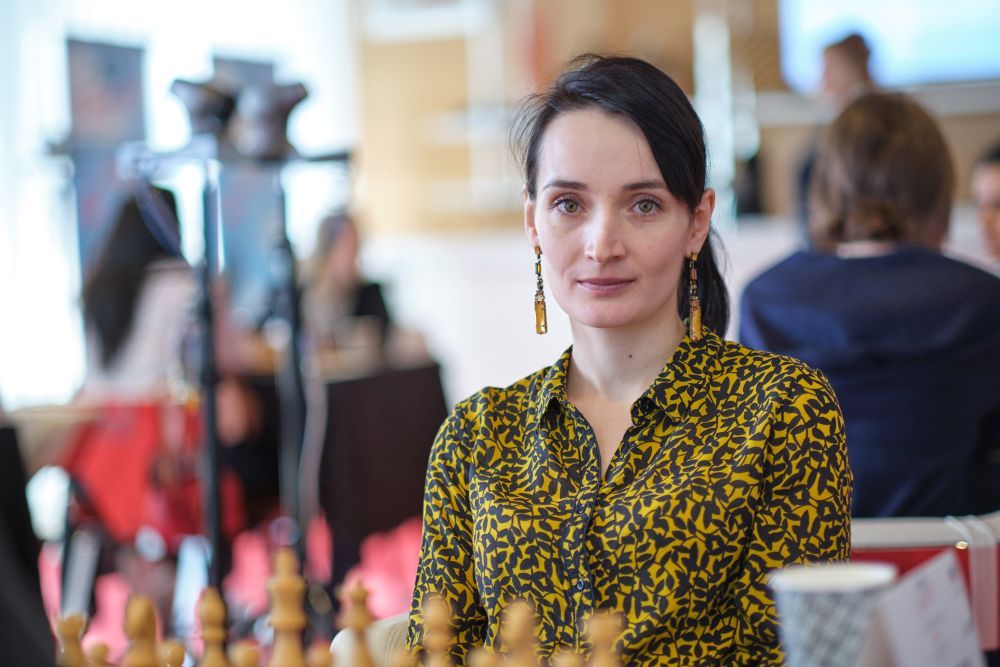 After winning the European Individual Women's Rapid and Blitz, Kosteniuk continued her momentum and defeated the World Championship Challenger Aleksandra Goryachkina. Kosteniuk got a pleasant position out of the opening in Caro-Kann Two Knights variation. 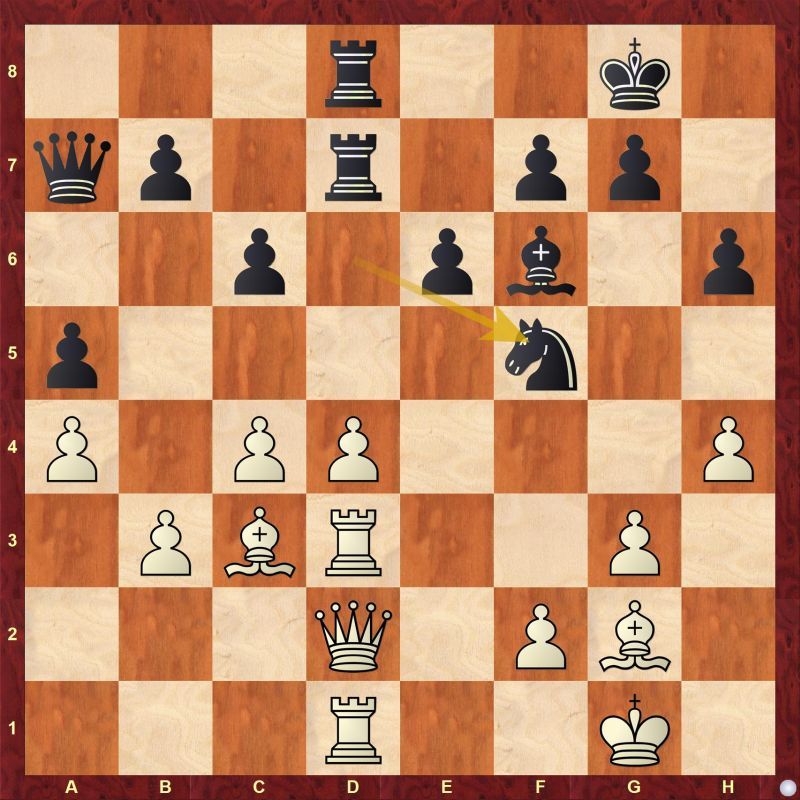 White soon gained a pawn and got a decisive advantage. 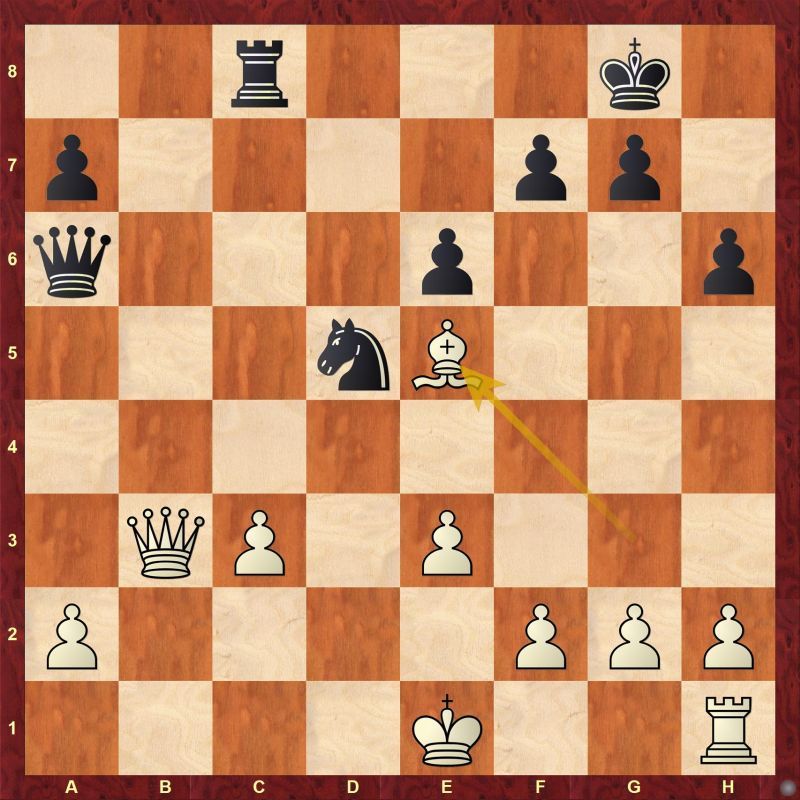 It became just a matter of technique for Kosteniuk to convert the advantage into a win. 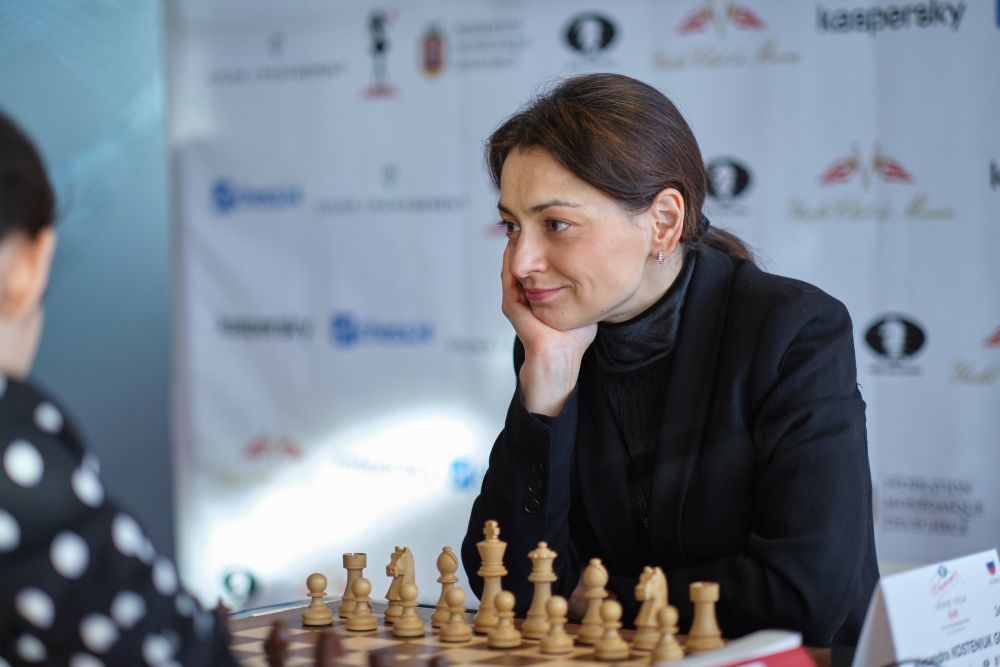 Nana went for the unusual 8.Qa4 in Symmetrical English opening, however soon after delaying castling landed her trouble. Anna missed a good opportunity to capitalize that fact. 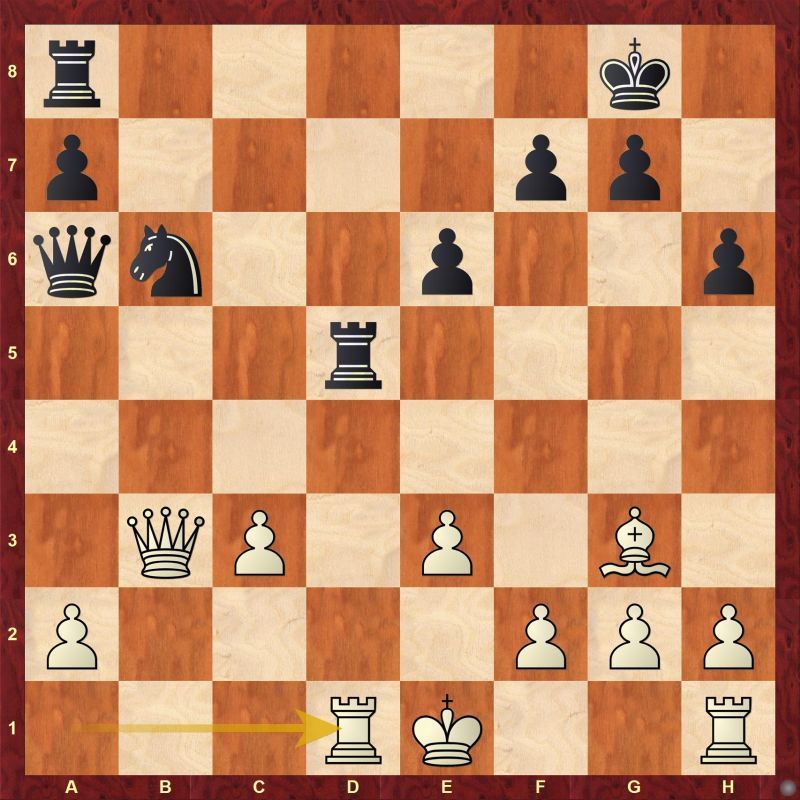 The former World Rapid and Blitz champion missed it and played 21...Rc8 instead. However soon after another opportunity arose.

Instead of maneuvering the knight to c4, Anna went with 23...Qd3 and that allowed Nana to equalize with 24.c4. The game liquidated into a drawn rook ending in another six moves and draw was agreed. 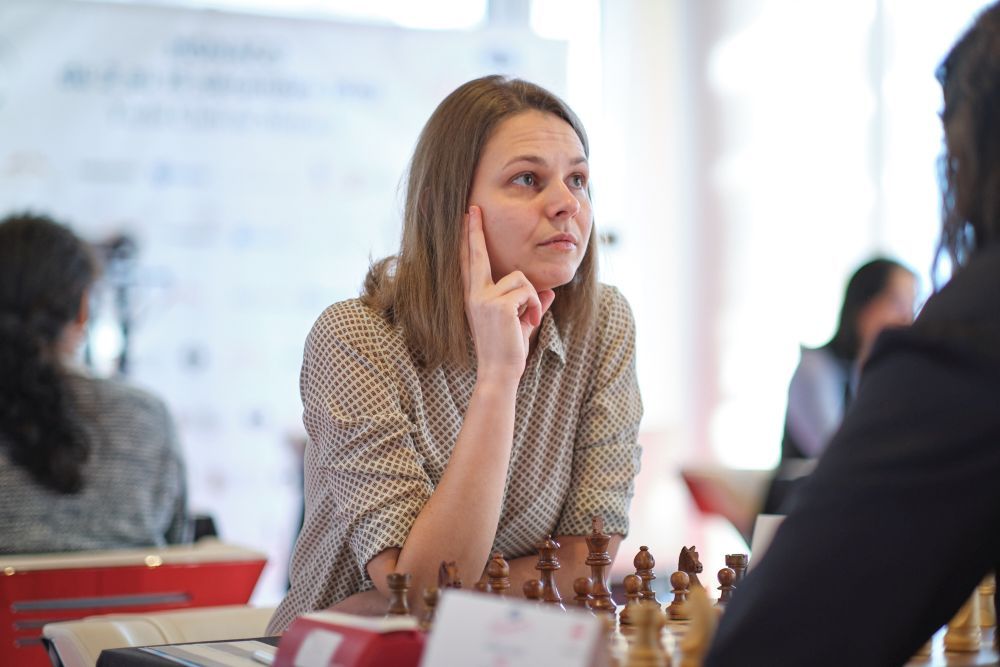 Anna would like to put the draw behind her | Photo: Karol Bartnik / FIDE

In a completely advantageous position, the Swedish legend Pia Cramling misjudged her position and repeated moves to a draw the game. 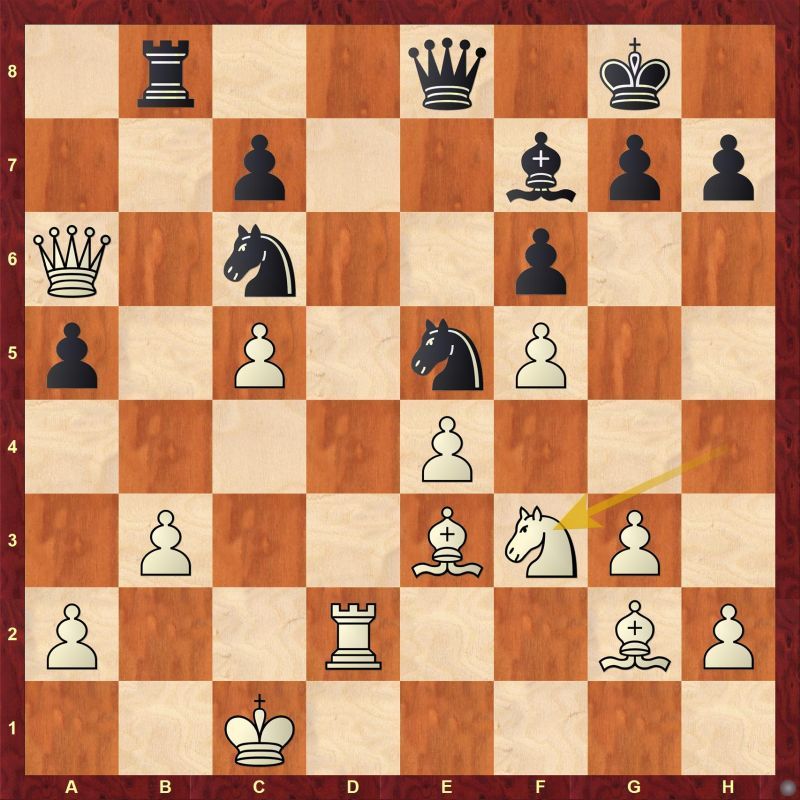 Find out the best continuation for black after 26. Nf3 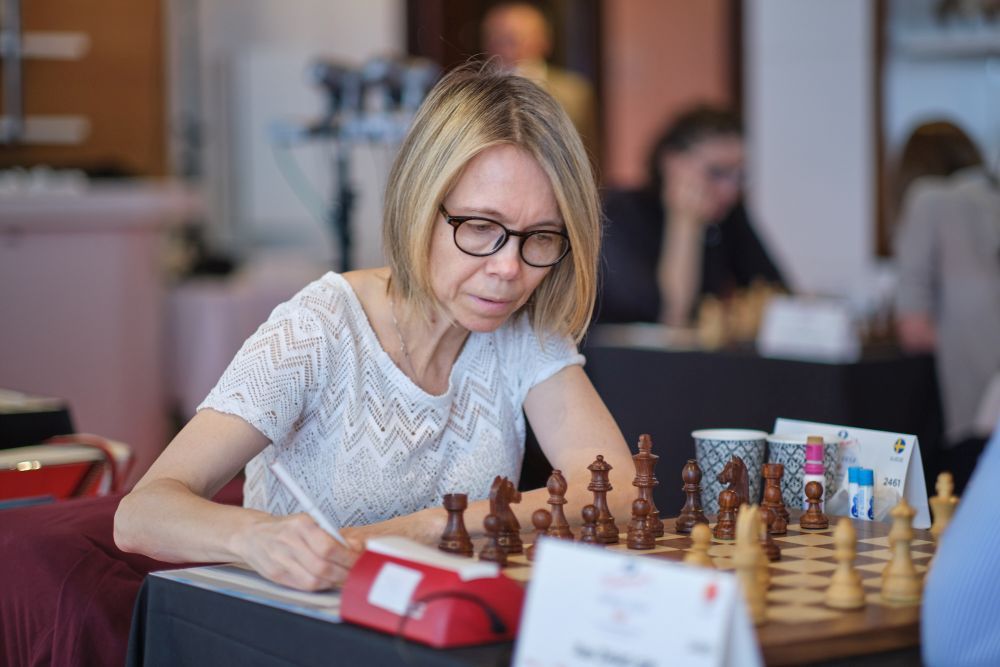