Vincent Keymer might have been the favorite as he won more number of events in the tour, however Praggnanandhaa showed who is the better player as Keymer lost to him 0.5-2.5 in the Semifinals of Julius Baer Challengers Chess Tour Finals. Pragg once again did not give any chance to his opponent as he was completely solid in all three games. He was winning the third game too but decided to draw as it was enough to secure his place in the Finals. GM Awonder Liang could not recover from his first round loss as he lost the next two also against IM Christopher Yoo who is known to have a GM strength. Pragg-Yoo Finals will start today at 7:30 p.m. IST. Photo: Rupali Mullick

IM Christopher Yoo defeated countryman GM Awonder Liang in all three games to secure his spot in the Finals. 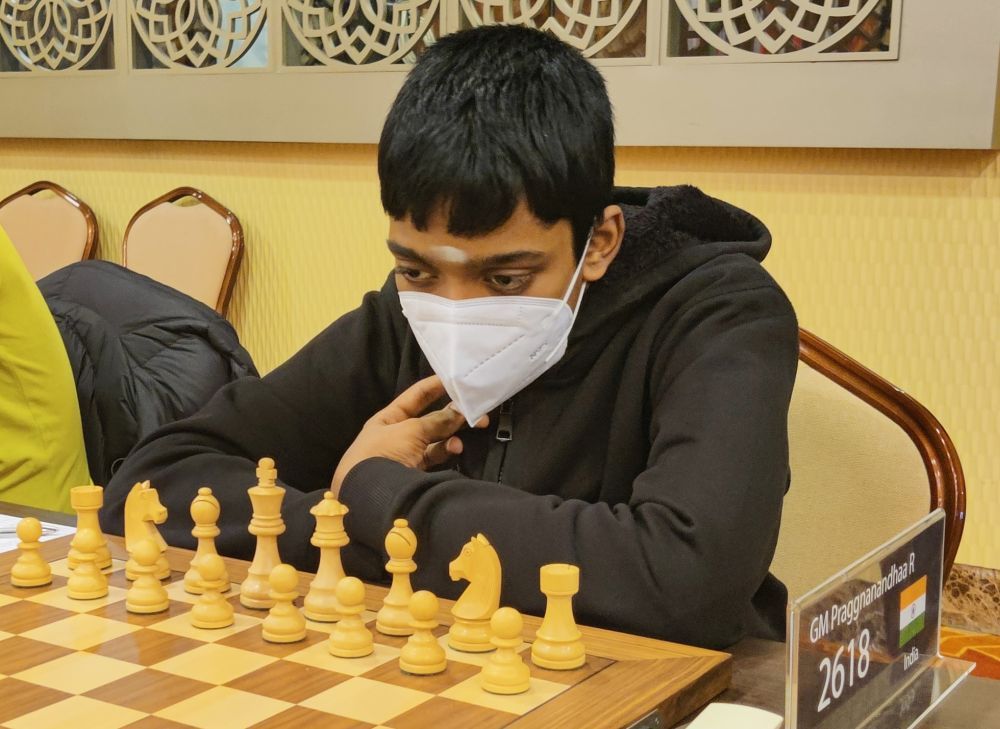 Praggnanandhaa scored an emphatic victory in the first game after Keymer made a strange decision in the endgame. 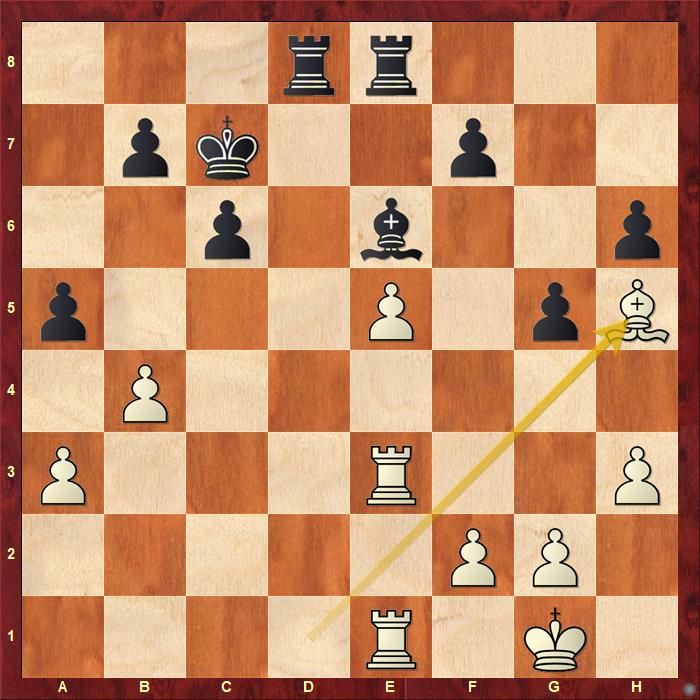 Praggnanandhaa once again played endgame beautifully in the second game against Keymer. 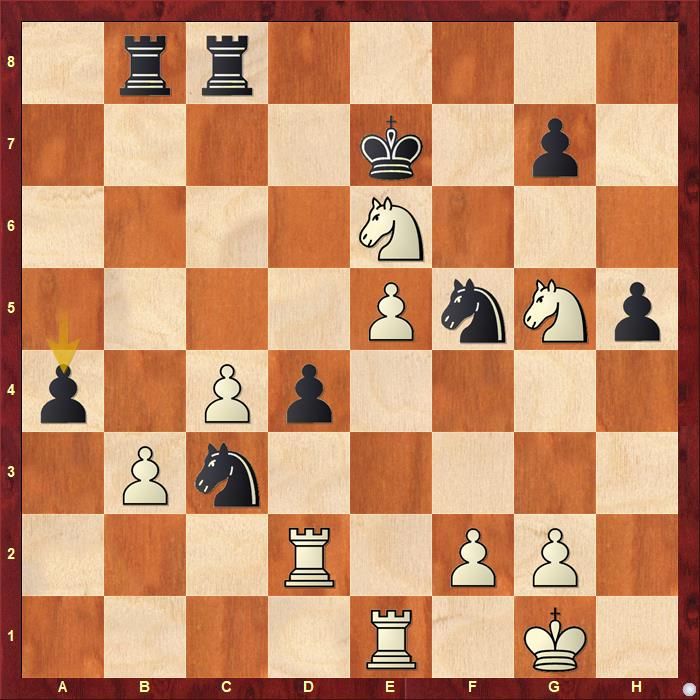 31...Rxb3 would have kept things balanced for Black. 31...a4 exchange only helps White as Black has no more threats left and White's knights are relatively better placed and menacing. A couple of more inaccuracies later, Keymer arrived at a completely lost position. Pragg gained a 0-2 lead.

Being in a must-win situation, Keymer tried too hard and arrived at a lost position in the final moments of the double rook endgame. Praggnanandhaa decided to repeat moves and make a draw as it was enough for him to win the Semifinals and advance to the Finals.

Replay all games of Semifinals 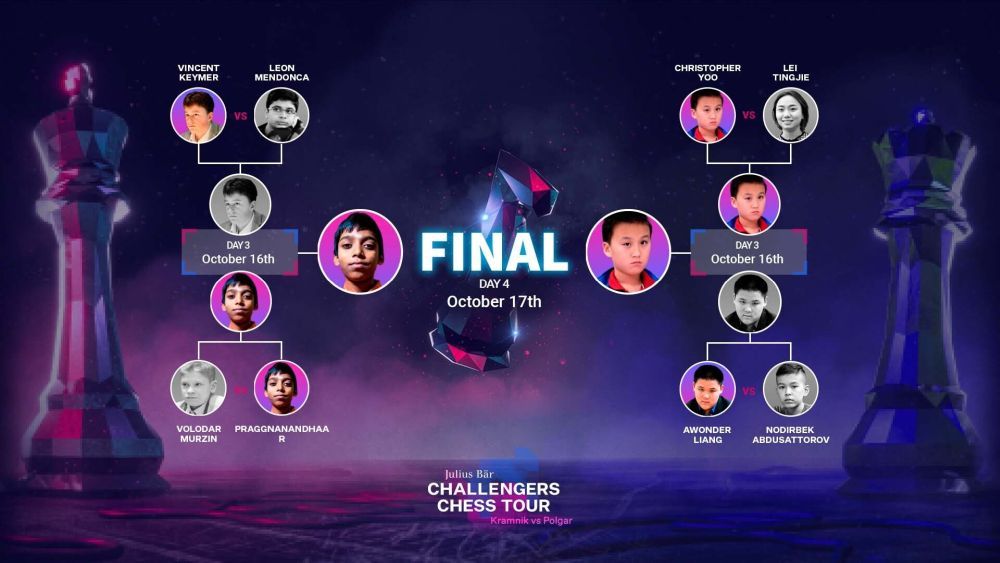 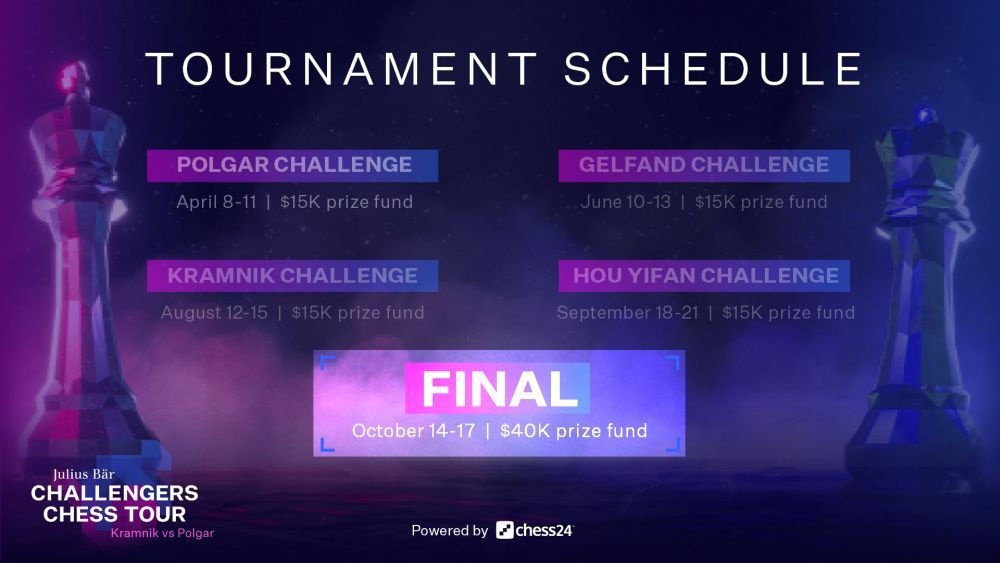