IM Nubairshah Shaikh got himself a very good opportunity to halt GM Levan Pantsulaia's (GEO) fantastic run. However, he could not make the most out of it. With this win, the Georgian extended his lead by 1.5 points. Seven players are at 6/8 each. GM Mitrabha Guha, IM Ajay Karthikeyan, Utsab Chatterjee, IM and Sammed Jaykumar Shete are the four Indians among them. Utsab continues his impressive run. He beat his second consecutive GM of the event, Deepan Chakkravarthy. Srihari L and CM Mayank Chakraborty also scored two big wins over IM Koustav Chatterjee and IM Ratnakaran K respectively. Round 9 starts today at 3 p.m. IST. Photo: Chhattisgarh Pradesh Shatranj Sangh 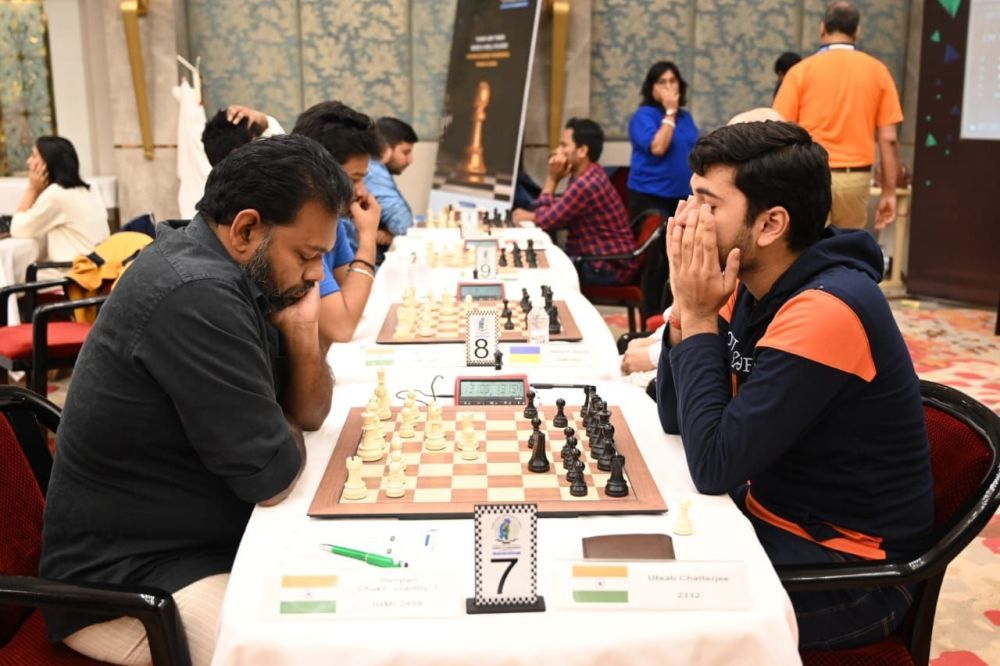 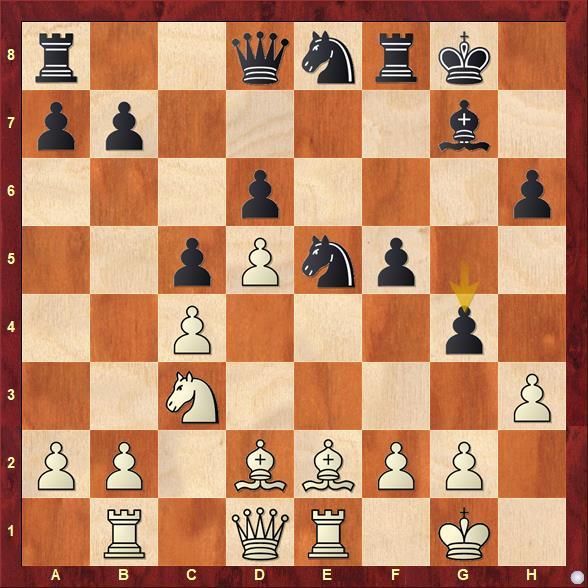 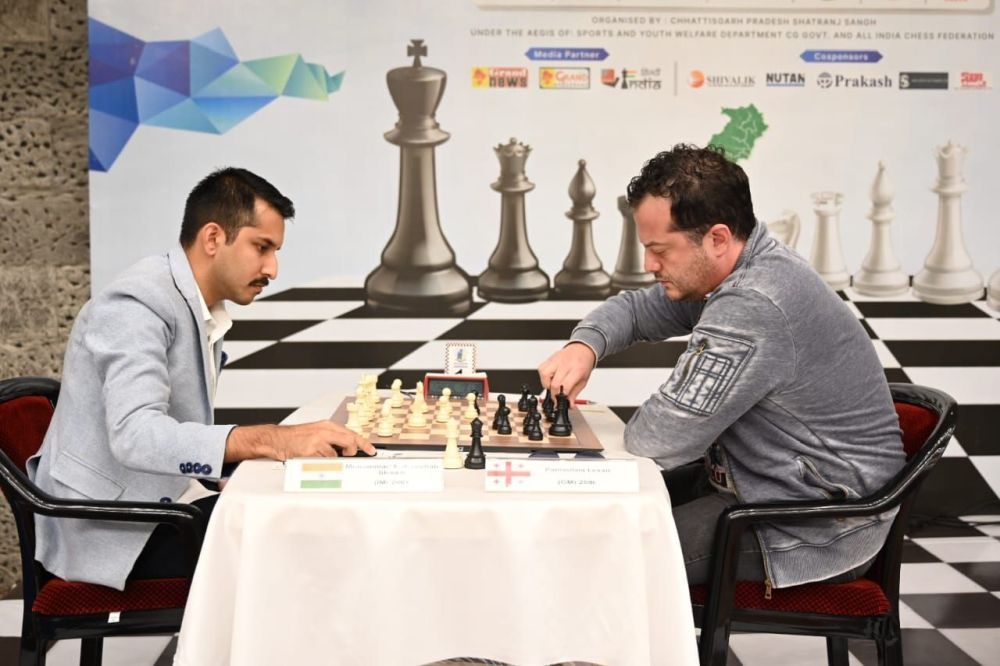 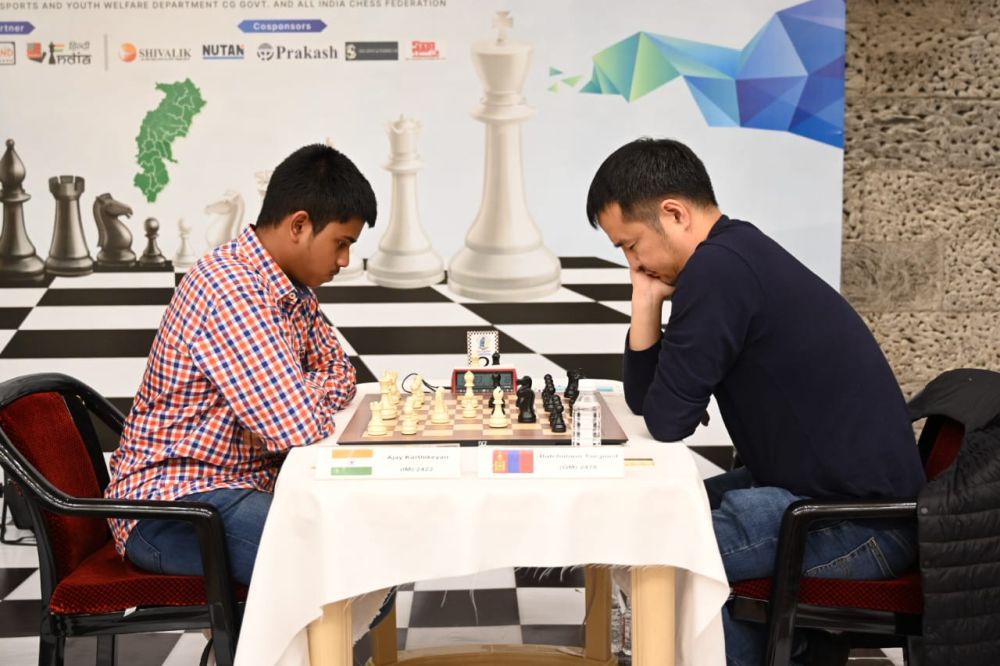 When you are playing against GM Mitrabha Guha (2471), making a positional mistake is not a good idea. GM Duc Hoa Nguyen (VIE, 2365) made one in the following position 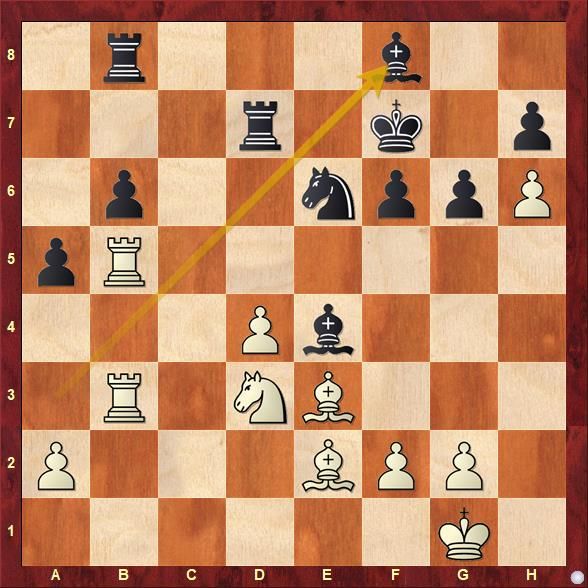 GM Deepan Chhakravarthy (2439) made a tactical inaccuracy against Utsab Chatterjee (2332), arising out of Sicilian Dragon. 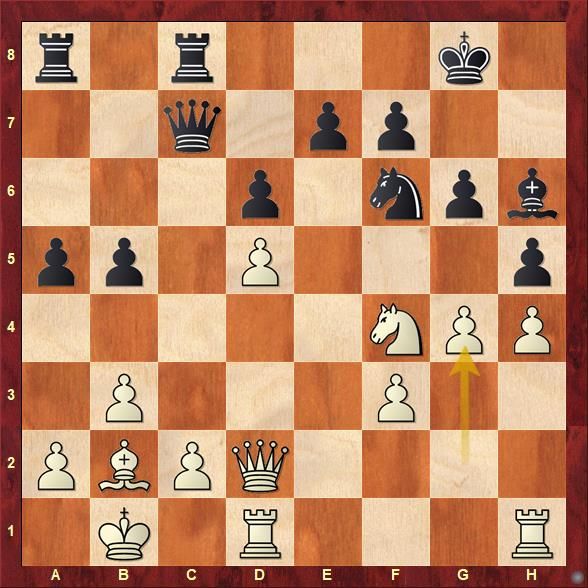 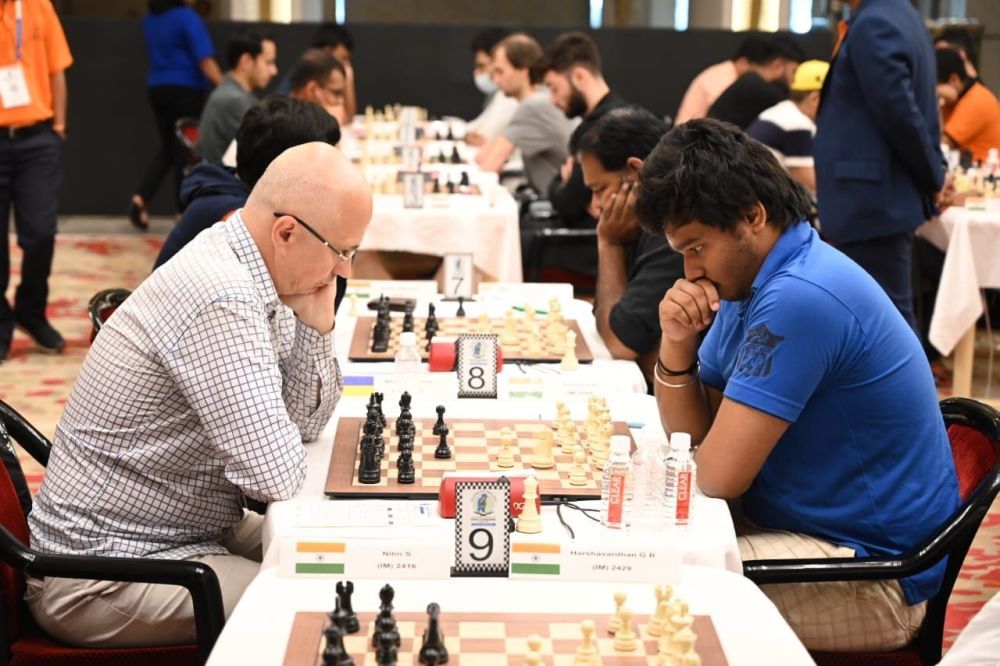 Srihari L (2214) launched a typical attack on the kingside in the Italian Opening against IM Koustav Chatterjee (2513). The latter did not respond correctly. 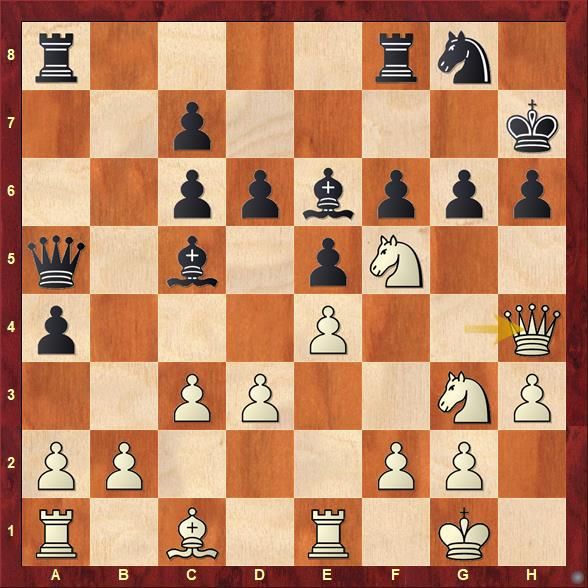 19...gxf5 was fine 20.exf5 now the bishop retreat Bd7 turned out to be incorrect as it allowed 21.Re4. 20...Bd5 is what Black needed to play to prevent it. Black had to resign in another four moves as checkmate was inevitable. 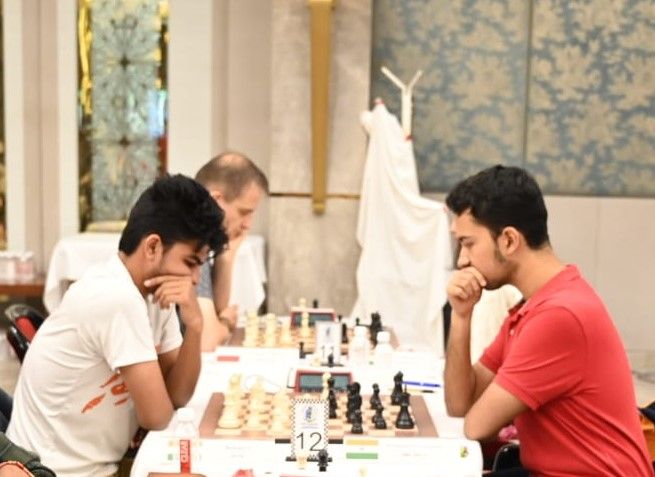 Srihari L is having a great tournament as he scored his maiden IM-norm in just eight games | Photo: Chhattisgarh Pradesh Shatranj Sangh 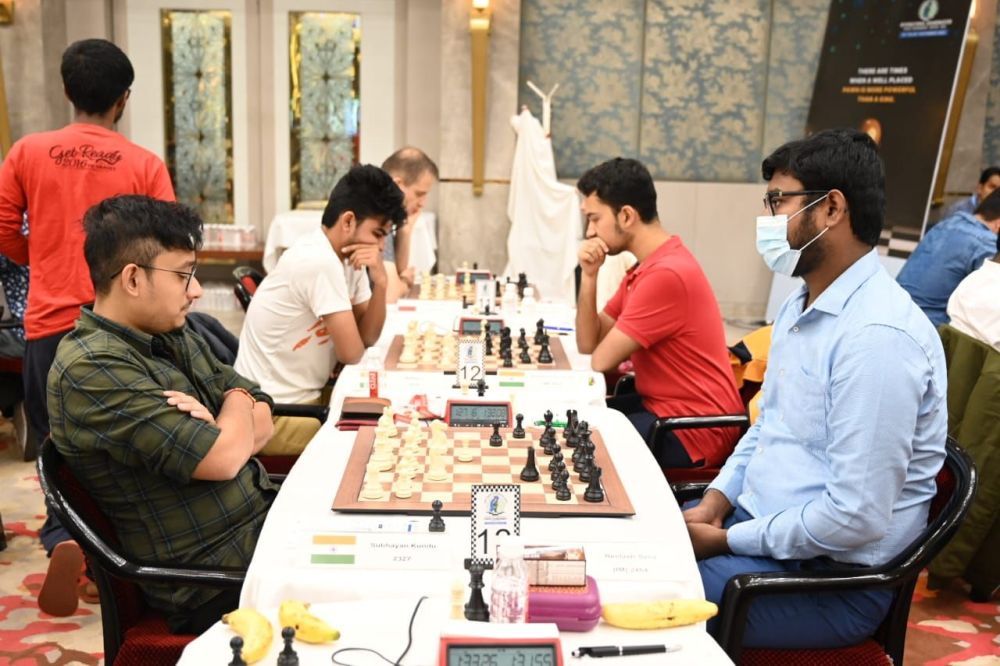 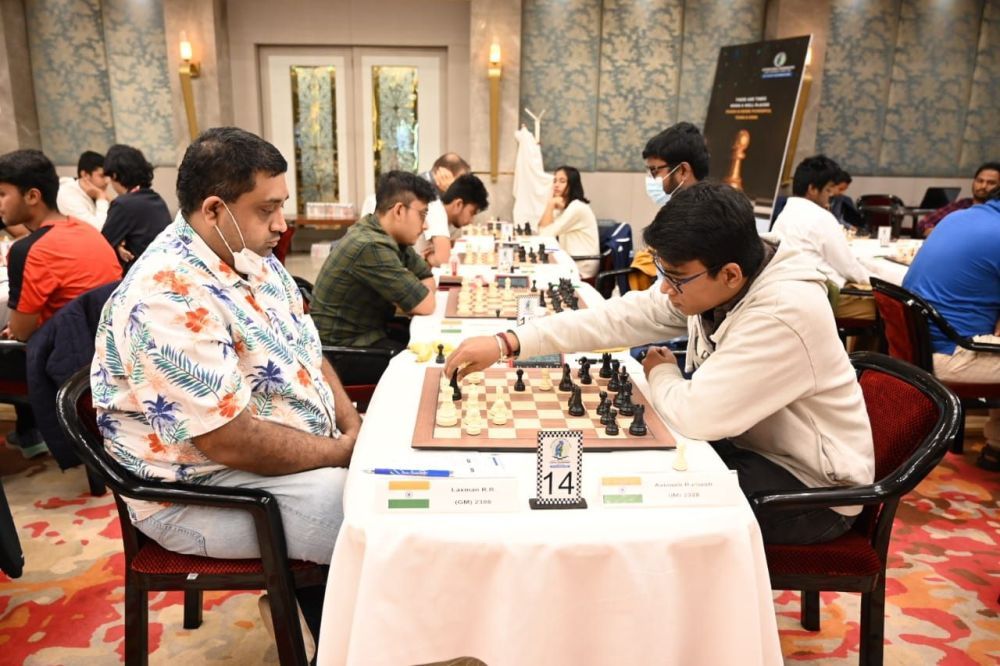 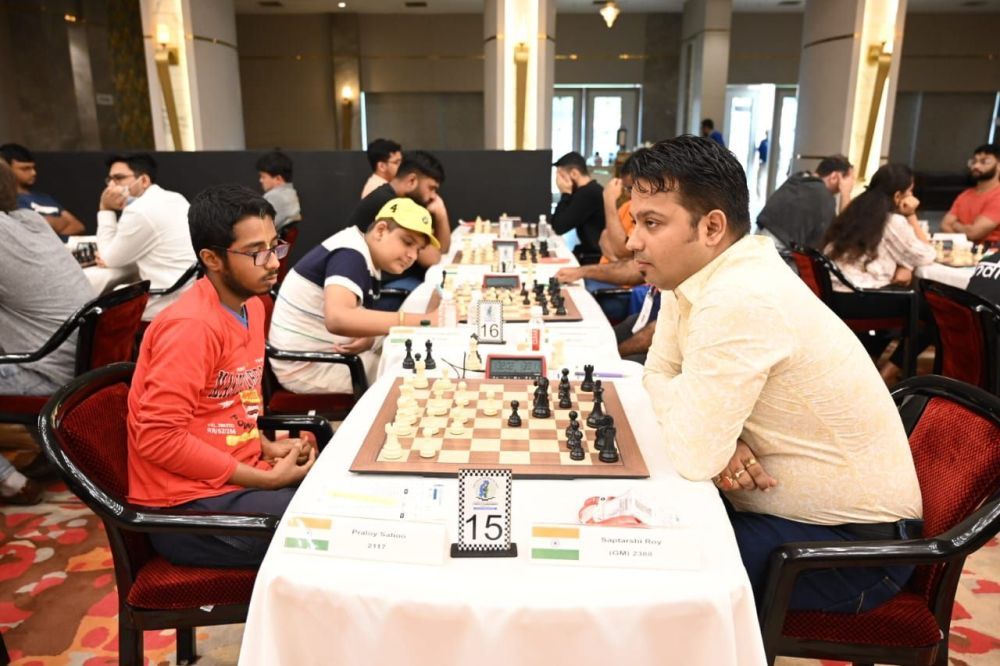 Reigning National Under-17 Open champion, CM Mayank Chakraborty (2044) is having a phenomenal tournament. He seized his opportunity when IM Ratnakaran K (2352) made a positional inaccuracy. 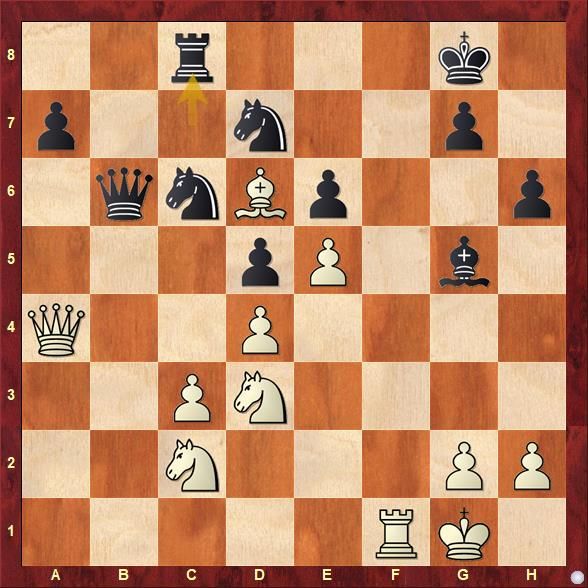 It is certainly not an easy task to beat Ratnakaran. When he played 25...Rc8, the 12-year-old pounced on the opportunity, 26.Nc5. Mayank had to earn his victory by continuing the fight for another 34 moves. 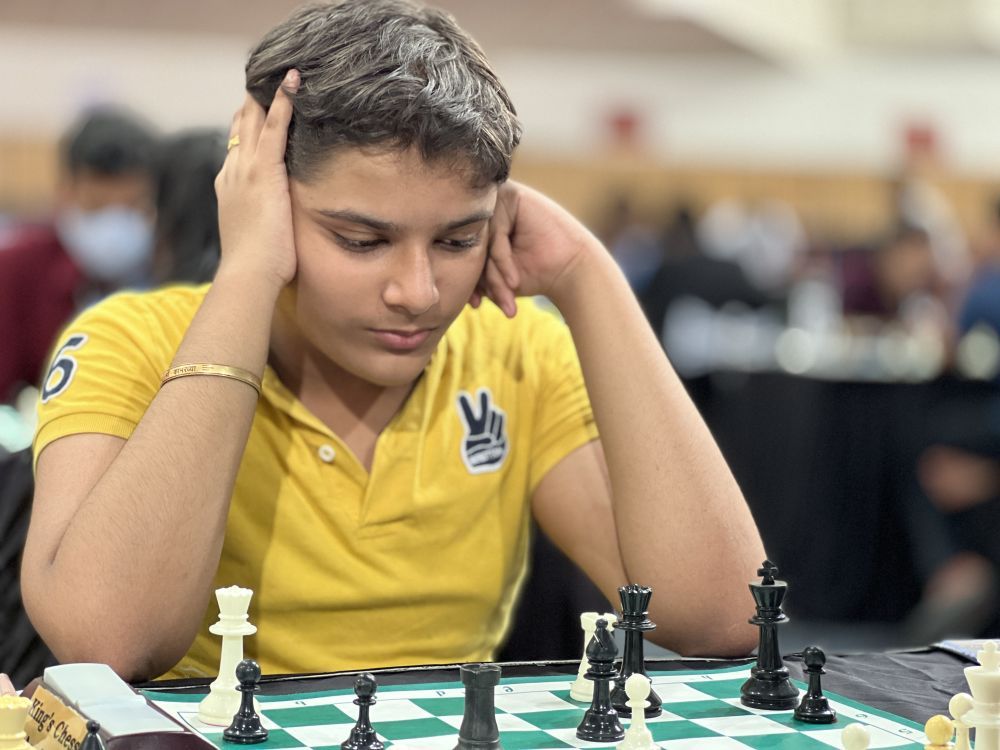 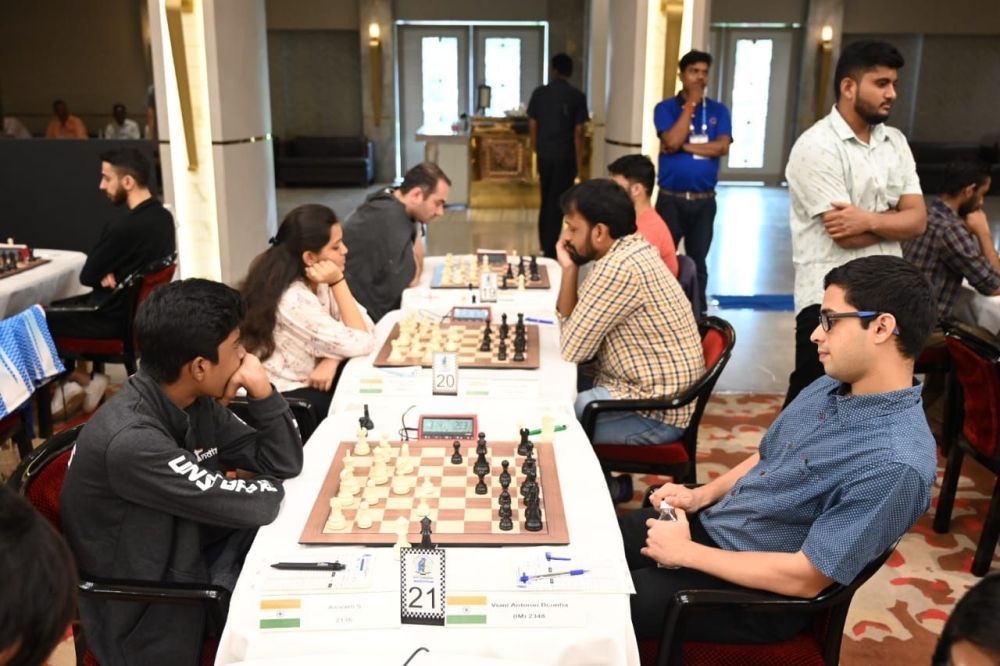