GM Levan Pantsulaia (GEO) deservedly won Chhattisgarh Chief Minister Trophy GM Masters Tournament 2022. He drew his final round game against IM Ajay Karthikeyan to finish a full point ahead of the field 8.5/10. Three players followed him at 8.5/10. They are - GM Boris Savchenko, GM Michal Krasenkow (POL) and GM Shyam Sundar M. They were placed second to fourth according to tie-breaks. Apart from Shyam, IM Ajay Karthikeyan, IM Nubairshah Shaikh and GM Mitrabha Guha are the only three Indians to finish in top ten at seventh, eighth and ninth place respectively scoring 7/10 each. The total prize fund in the Masters section was ₹2300000. Top three prizes were ₹331000, ₹231000 and ₹175000 each respectively. Photo: Chhattisgarh Pradesh Shatranj Sangh 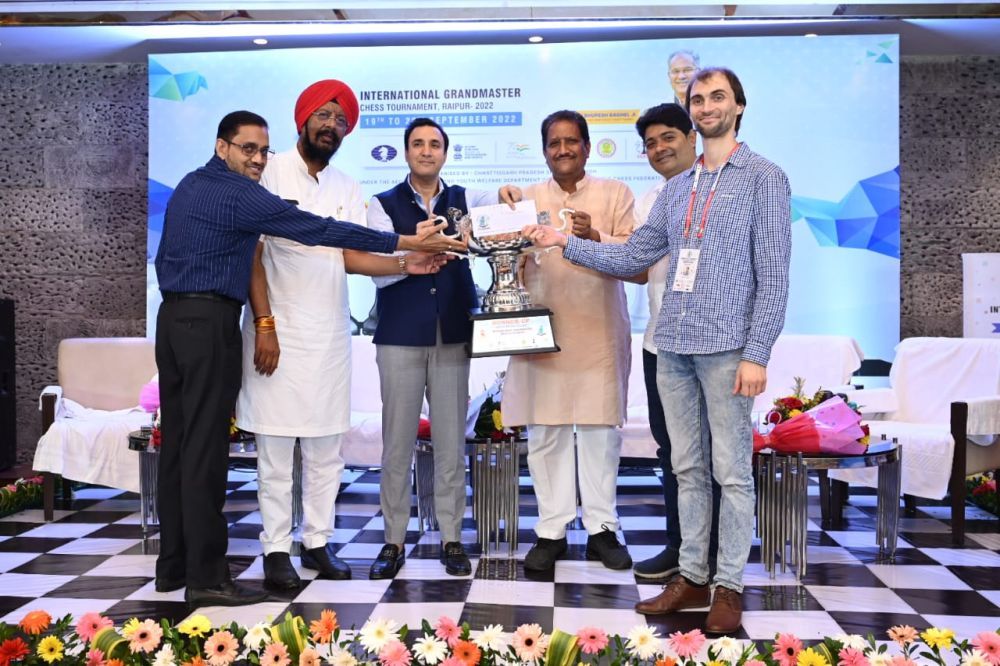 What separates a strong Grandmaster from the rest is their ability to induce mistakes by their opponent and create opportunities which might seem equal at a first glance. GM Shyam Sundar M (2526) asked his opponent IM Harshavardhan G B (2429), a difficult question in a relatively equal bishop vs knight endgame. 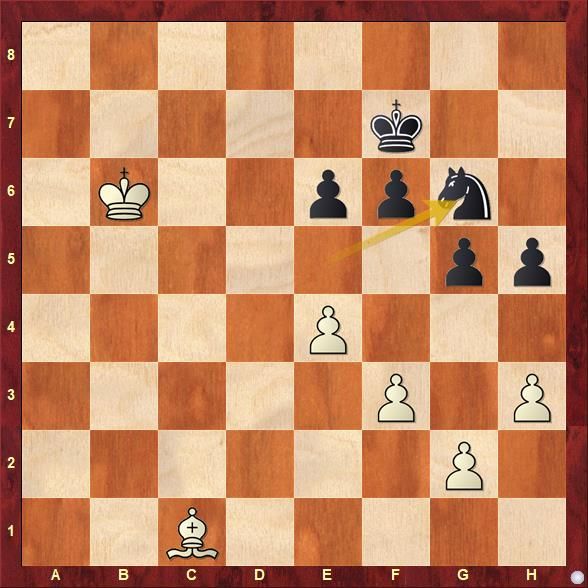 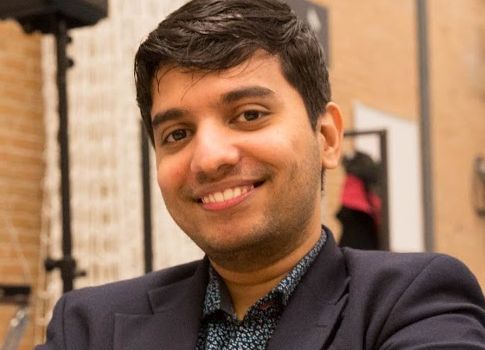 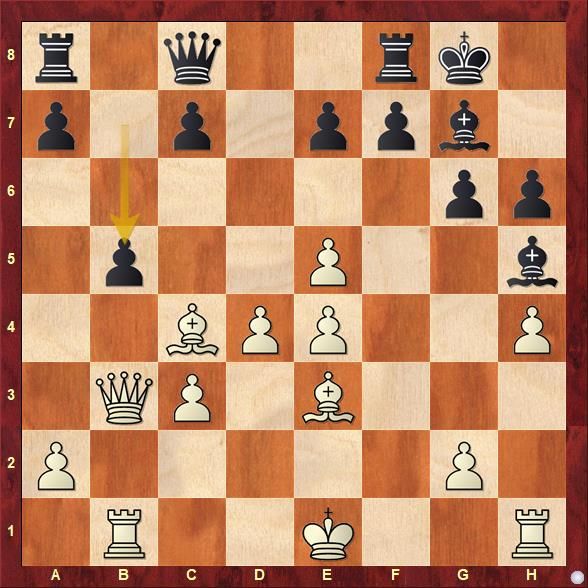 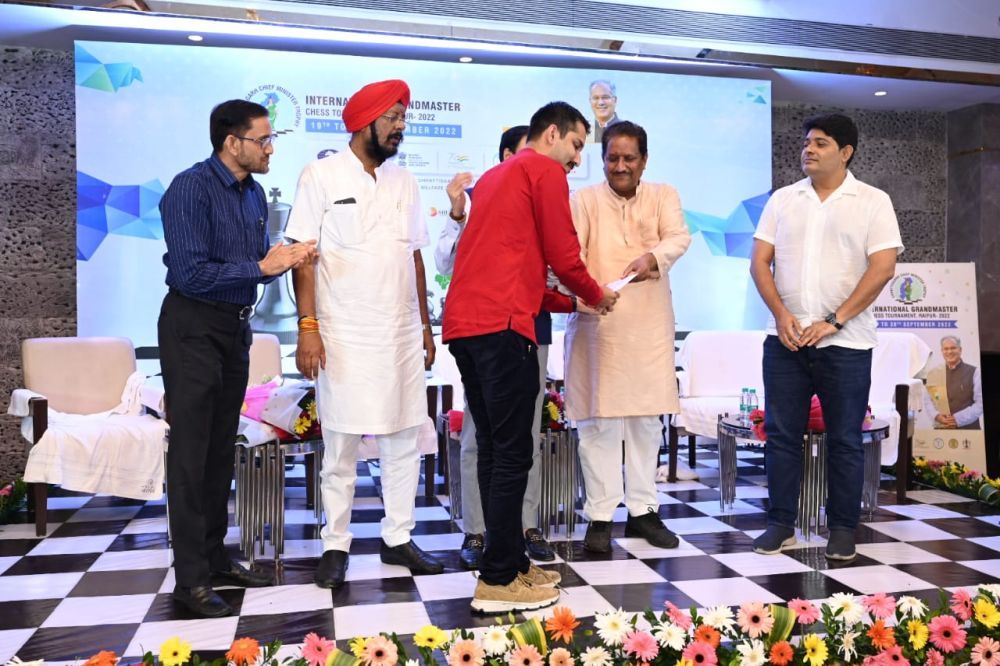 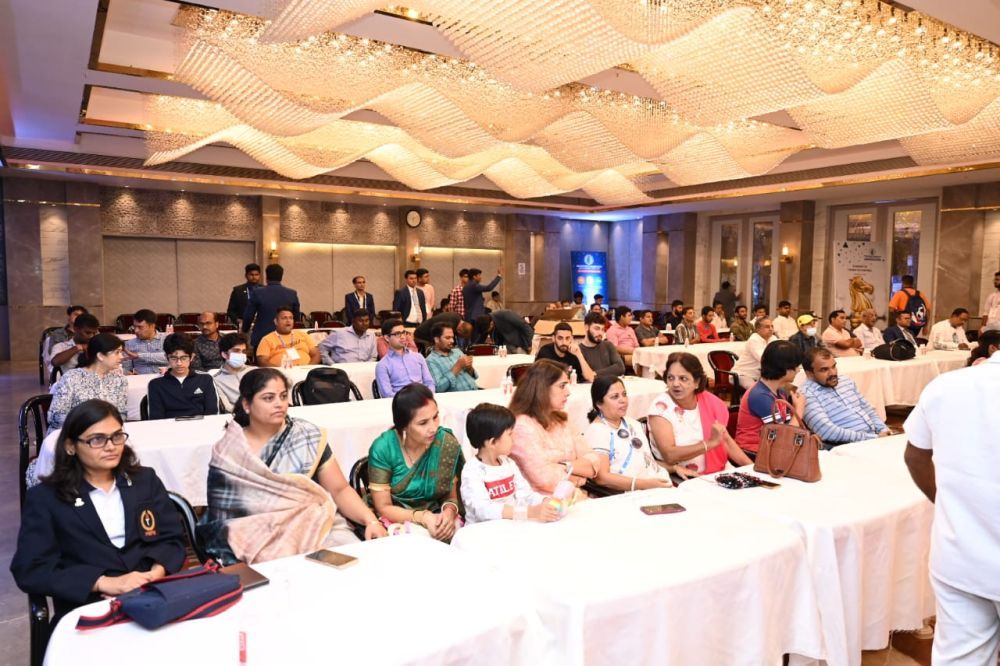 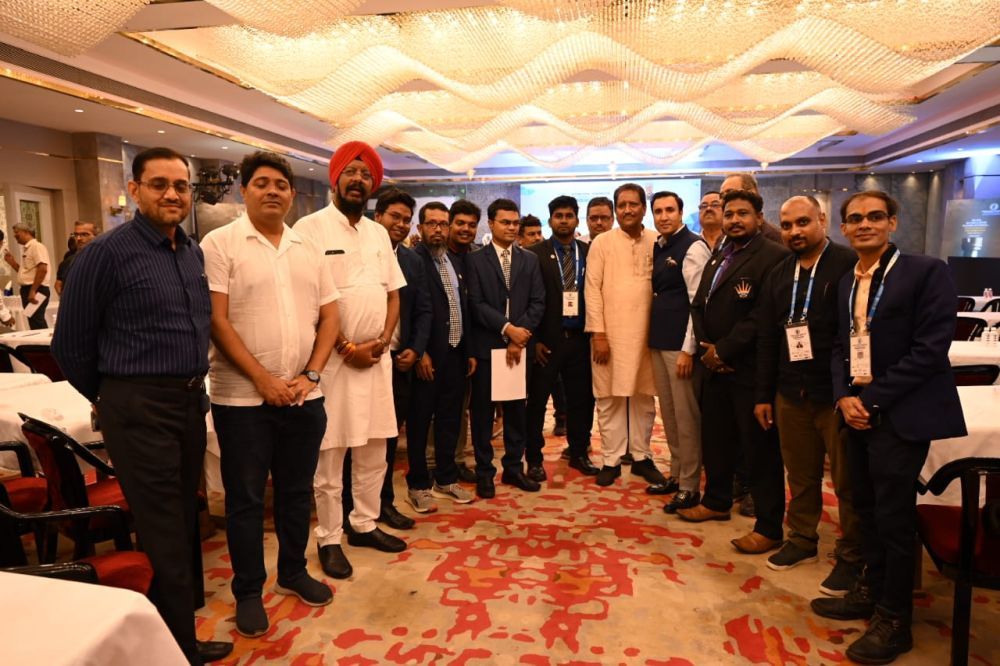 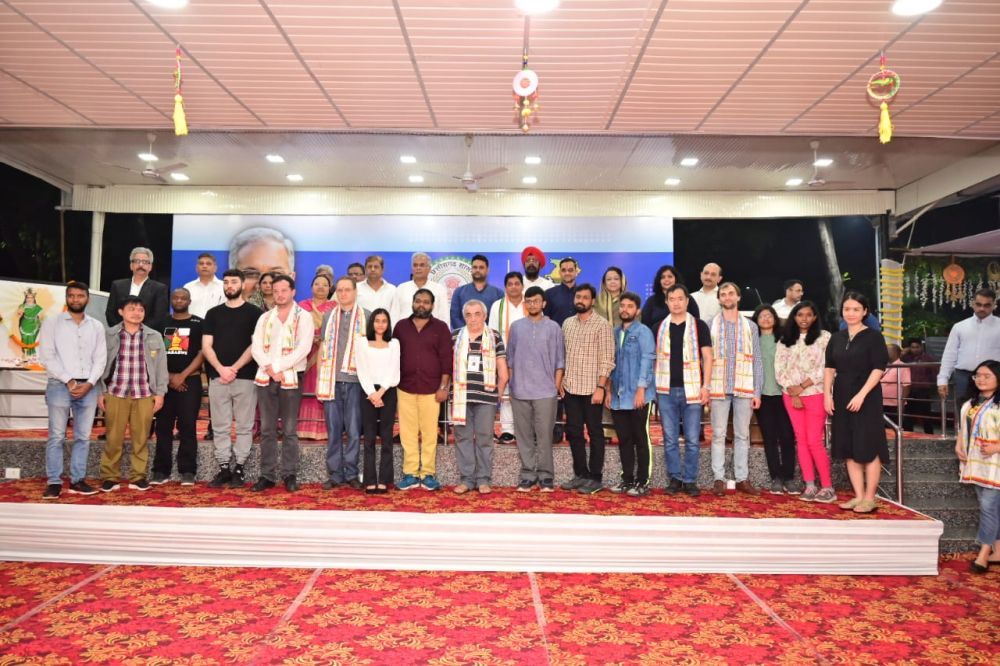 For more Dinner with CM and Prize distribution ceremony photos, please click at the respective links.

A total of 127 players including 15 GMs, 23 IMs, 3 WGMs and 11 WIMs took part from 14 countries across the world including India in the Masters section. The tournament was organized by Chhattisgarh Pradesh Shatranj Sangh from 19th to 28th September 2022 at Hotel Grand Imperia in Raipur, Chhattisgarh. The ten-round Swiss league tournament had a time control of 90 minutes for 40 moves + 30 minutes with 30 seconds increment from move 1.