Third seed in Rapid and top seed in Blitz, Vladimir Fedoseev won both Rapid and Blitz event at 27th Abu Dhabi International Chess Festival Masters. The Russian started both events with a loss - Alan Pichot in Rapid and Raunak Sadhwani in Blitz. However, he managed to recover well, score 7.0/9 in Rapid and 6.5/9 in Blitz to win US$ 5000 and 1500 respectively as his prize. Raunak scored 5.0/9 in Rapid to secure ninth place. He made 6.0/9 in Blitz to claim the third place and win US$ 750. The 15-year-old gained 38 Elo rating points in each event. Photo: Adchessfestival

It is said the next best thing to winning the tournament is to beat the eventual winner of the tournament. Raunak had a successful outing at the 27th Abu Dhabi International Chess Festival Masters Rapid and Blitz event as he finished third in Blitz. However, the best part has to be beating Vladimir Fedoseev in the first round of Blitz. That was Fedoseev's sole loss in the Blitz event.

Raunak's biggest win of 27th Abu Dhabi Chess Festival Masters is against Vladimir Fedoseev in the first round of Blitz. Fedoseev had won the Rapid event already, and he went on to win the Blitz too after suffering this loss.

37...Kf7 probably would have prolonged the fight. 37...Nb6 speeds things up in White's favor 38.Ra6 forces the rook exchange and the resultant minor piece ending with a passed pawn for White at a6 is completely winning for White. 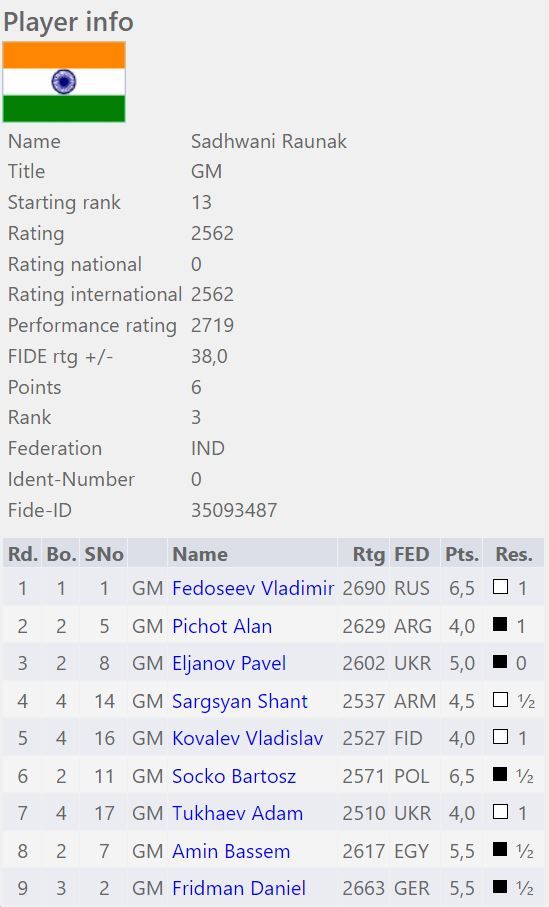 Raunak performed at 2719 and gained 38 Elo rating points in Blitz, taking his live rating to 2600

Raunak scored only two wins and six draws in Rapid. His second win was in the last round against GM Adam Tukhaev (UKR).

Black's position was already difficult. 15...e4 did not help his case either. 16.dxe4 Bxe4 17.Nfxd4 and Black lost a pawn for no compensation. 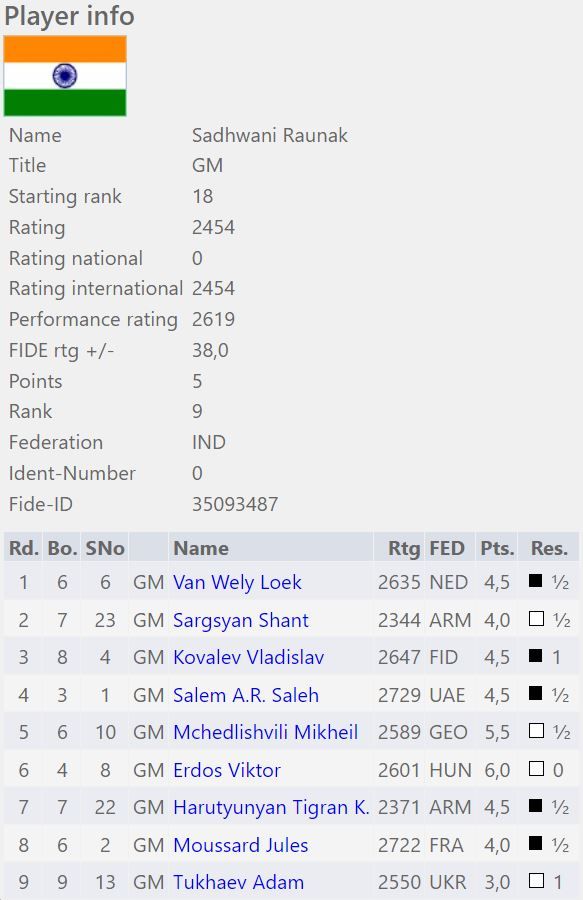 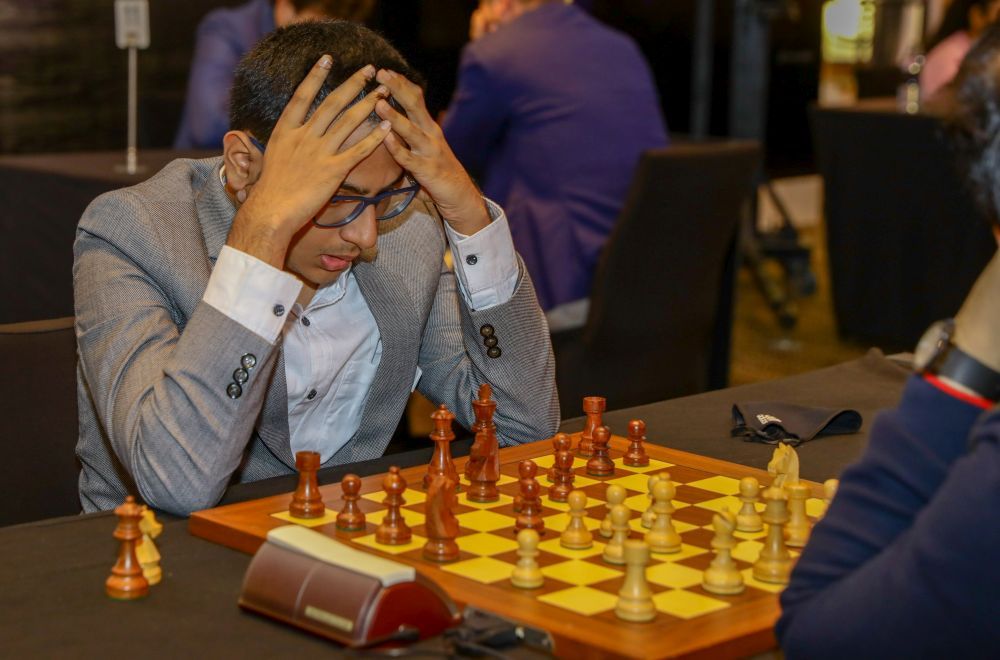