The Cachar District Chess Association (CDCA) is hosting its first international chess tournament in Silchar. The event kicked off on 26th September 2018. GM Dibyendu Barua is the top seed of the tournament followed by IM Sayantan Das of West Bengal and Australian IM Rishi Sardana. The event is a 10 round Swiss League and has attracted the participation of players from four countries. Moreover, the 209-player-field includes one Grandmaster, four International Masters and one Woman International Master. Below is a detailed report of Day 1 and 2 with a game annotated by Ravi Kant Tiwari.

Silchar, AKA the "Island of Peace", is the headquarters of Cachar district of the state of Assam in India. It is also the place where the world's first polo club was formed. In recent time, Silchar has conducted a lot of state events successfully and this has encouraged its district association to hold it's first ever open rated event. 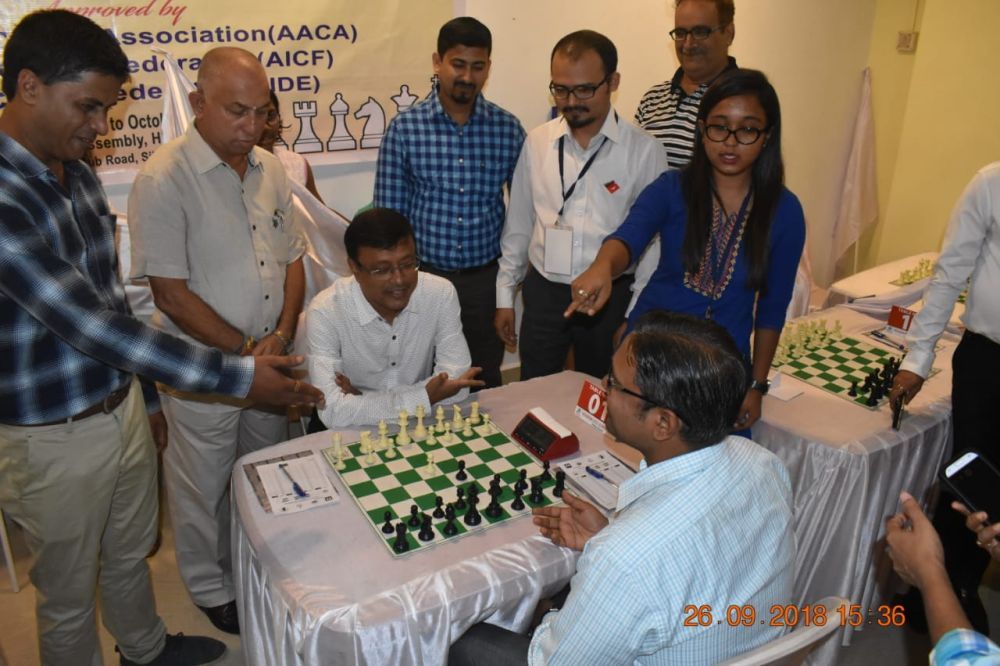 The event is organized by the Cachar District Chess Association (C.D.C.A) in the spacious and beautiful premises of Hotel Ellora, which is in the heart of the city. In total, the tournament has attracted a total of 209 players from 4 different countries with as many as 111 rated players. 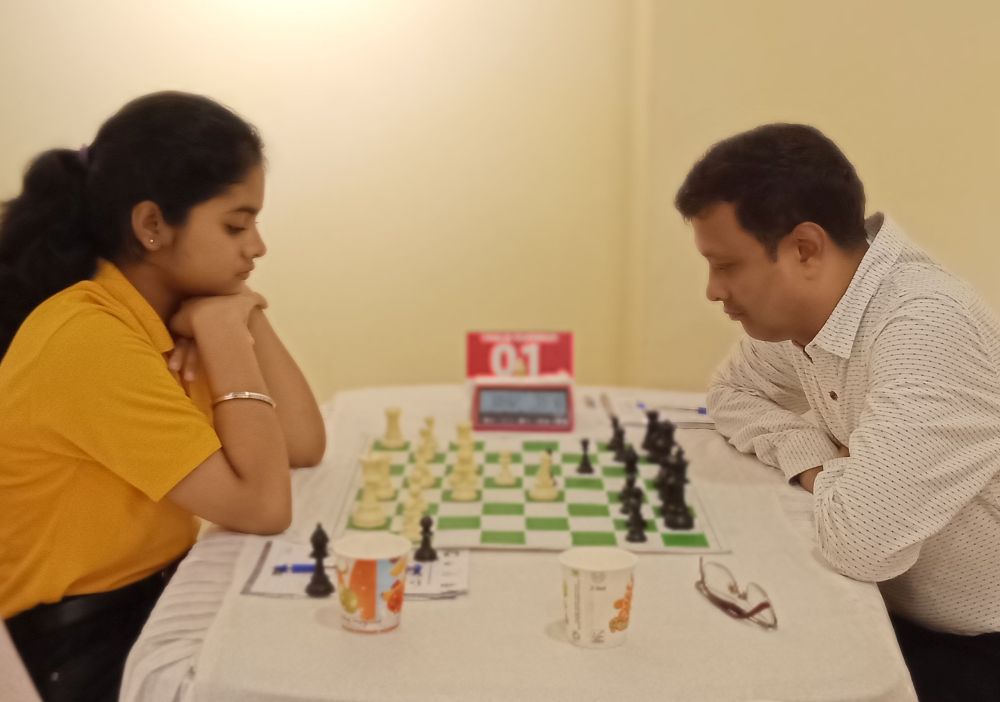 Muskan Debnath of Tripura faced her first GM opponent in the first round. 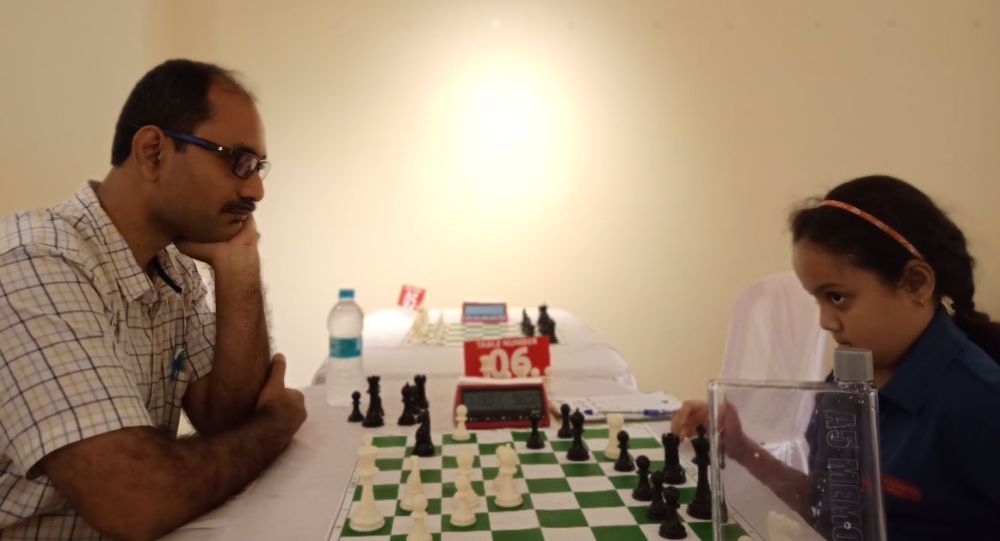 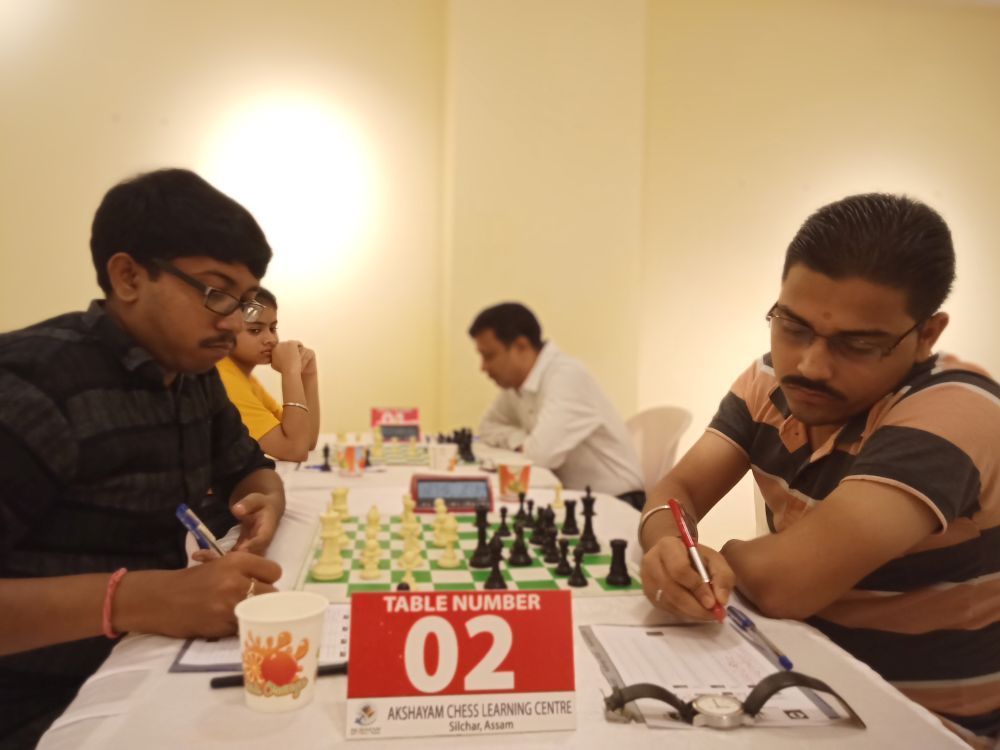 IM Sayantan Das of West Bengal (left) is in joint lead after round 3 with 3.0/3 points. 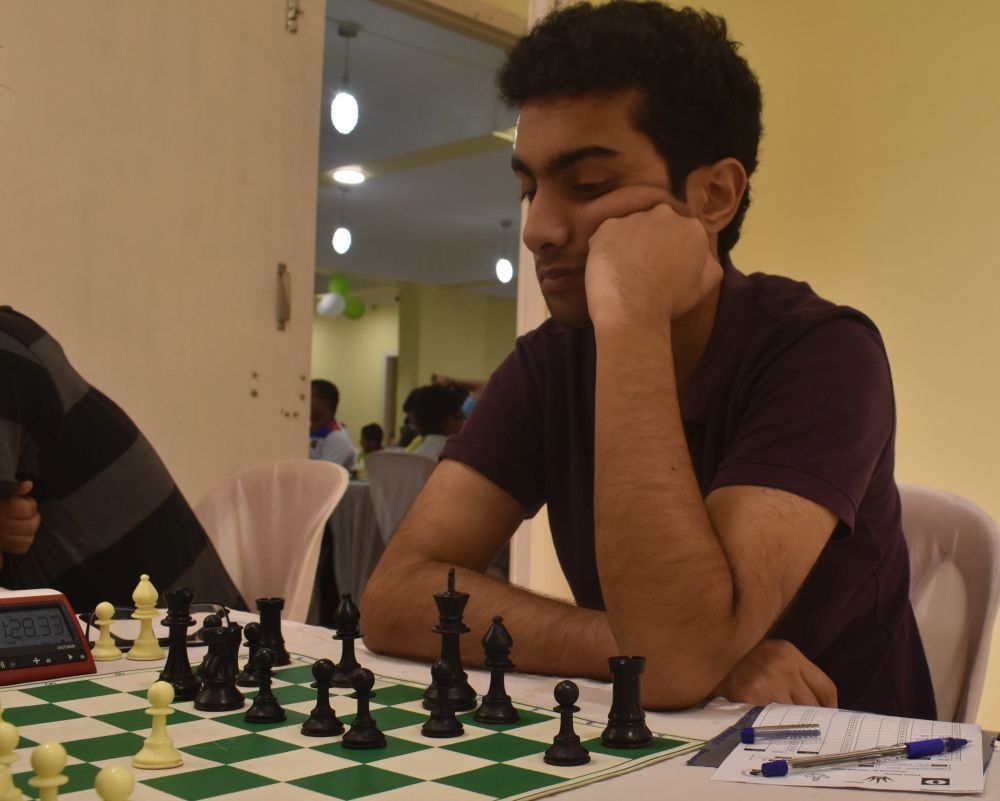 IM Rishi Sardana from Australia had a tough time reaching the venue in time as his flight from Guwahati had an unexpected delay of more than 2 hours. 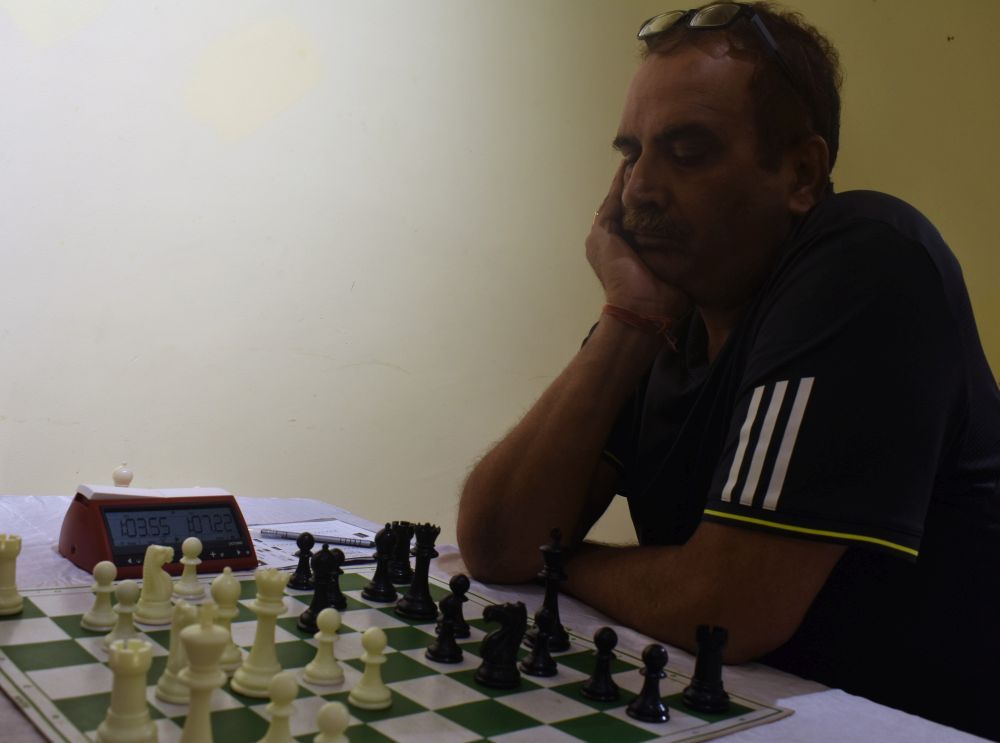 IM Neeraj K. Mishra has also joined the leaders after 3rd round with 3.0/3 points. 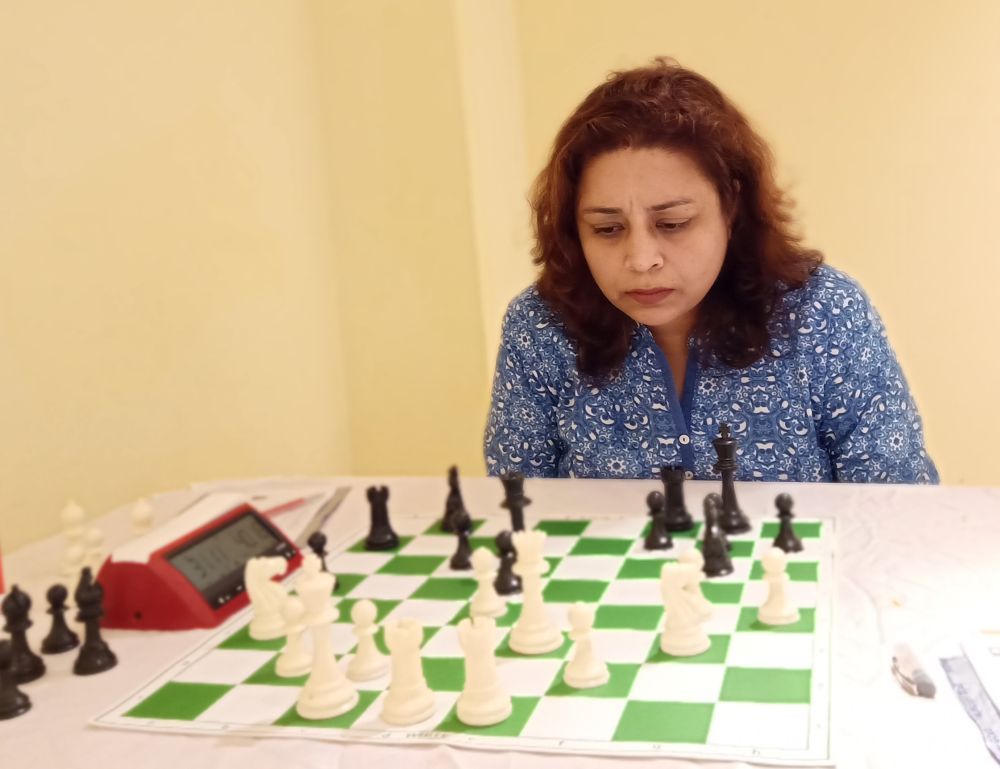 One of the best thing about the event is that the oldest and youngest player are both ladies. 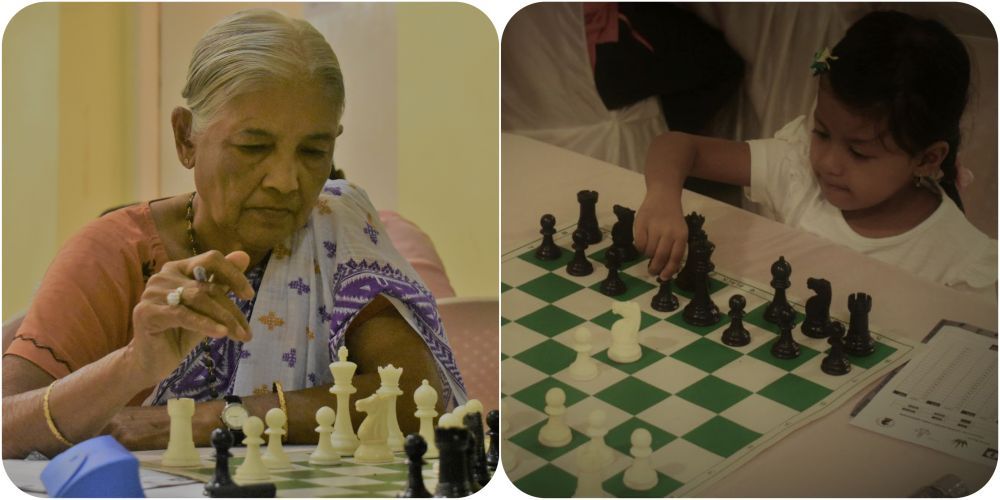 73 years old Anju Sarkar from Tripura (Left) and 5 years old Niranjana Achyut Borah from Assam (Right) are the oldest and the youngest player of the event!

A major upset of round three was National U-9 runners up Mayank Chakraborty drew against WIM Saheli Dhar-Barua, Ravi Kant Tiwari has annotated the game for us. 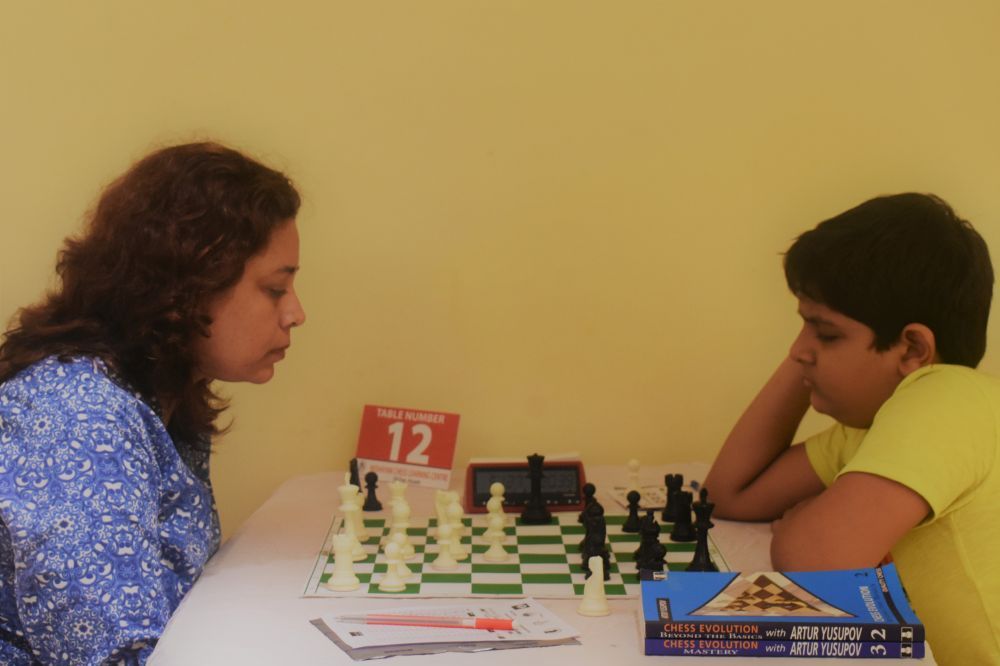 Mayank Chakraborty has recently secured the runner up position in the 32nd National U-9 Championship held in Ranchi. 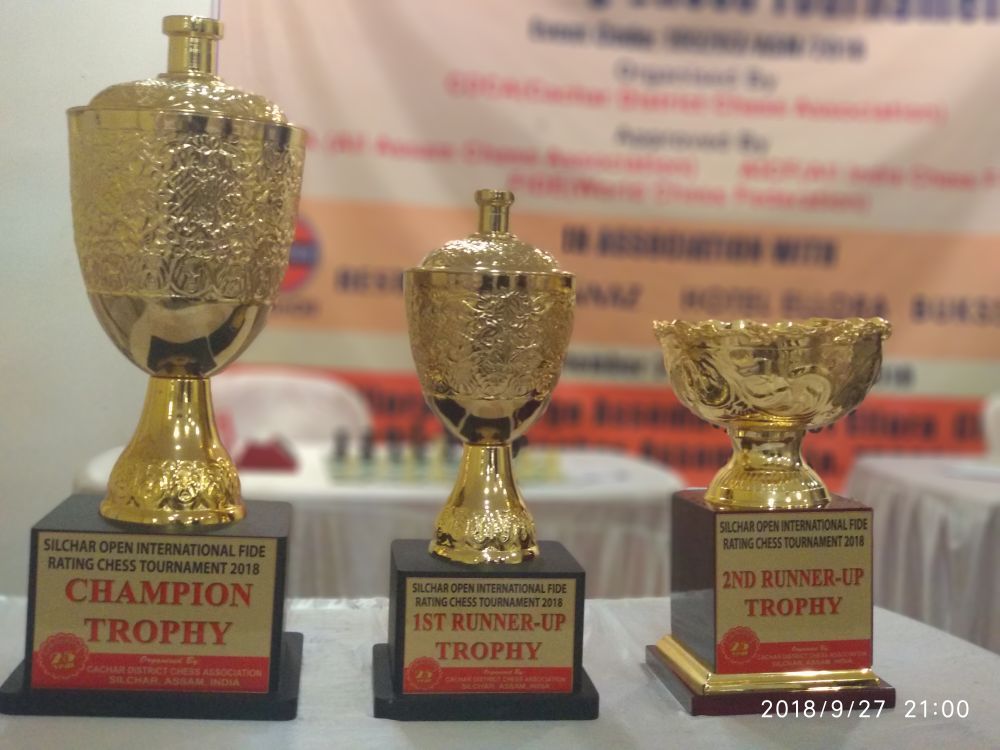 The glittering trophies of the Championship! 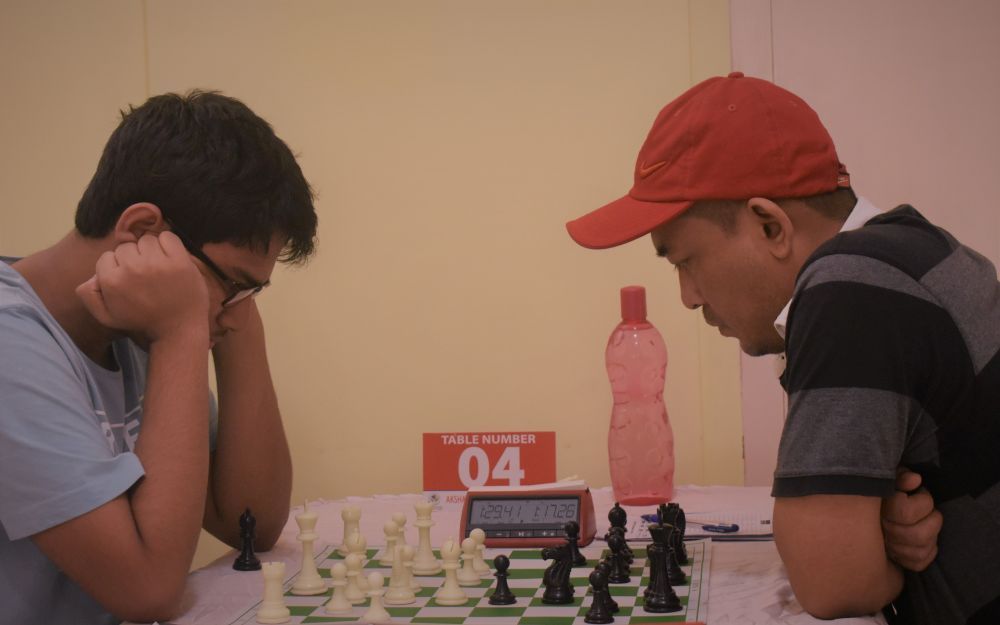