GM Saptarshi Roy Chowdhury scored 8.5/10, remained unbeaten and finished a half point ahead of the competition to win 1st ONGC Jorhat Rating Open 2020. Top seed of the tournament IM Himal Gusain scored 8.0/10 and he secured the second position according to the tie-break score. Sumit Panta of Nepal also finished at 8.0/10, he was placed third. Total 142 players including a GM and two IMs participated in this six-day ten rounds Swiss league event held at Jorhat, Assam from 2nd to 7th February, organized by Jorhat District Chess Association. Total cash prize worth ₹378000 was distributed among the prize winners. Photo: Madhurjya Bharali 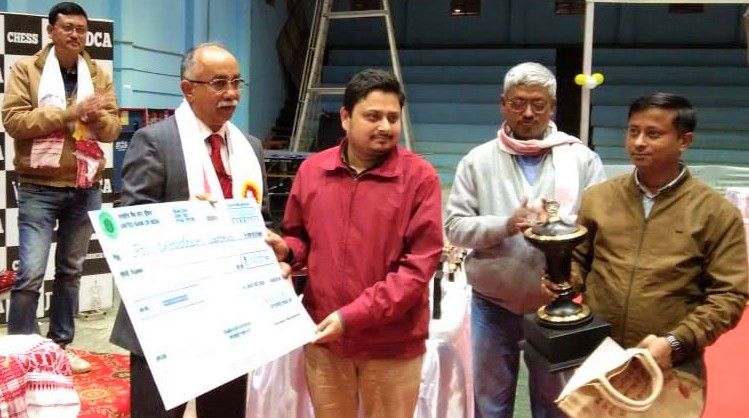 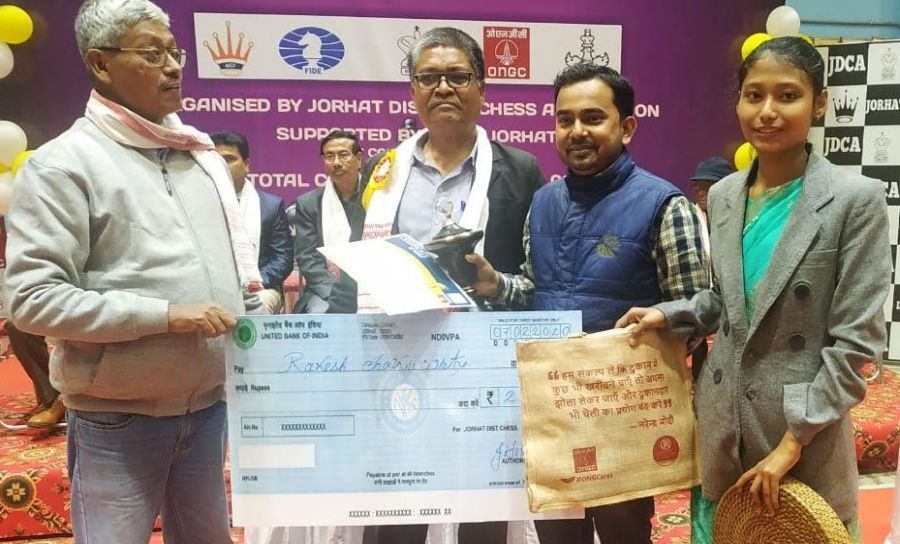 Here is an interview I conducted with Saptarshi after the conclusion of the tournament.

Shahid Ahmed (SA): Congratulations for winning 1st ONGC Jorhat Open. How does it feel to win the tournament?

Saptarshi Roy Chowdhury (SRC): It's always a nice feeling when you win any tournament. So it is... I am very happy to win it.

SA: You faced the top seed Himal Gusain in the sixth round and it ended up in a draw. Did you think after that game that you have a good chance of winning the tournament?

SRC: After drawing Himal we both had a great chance to win. He was a bit unlucky in the last round and it helped me to win the championship. 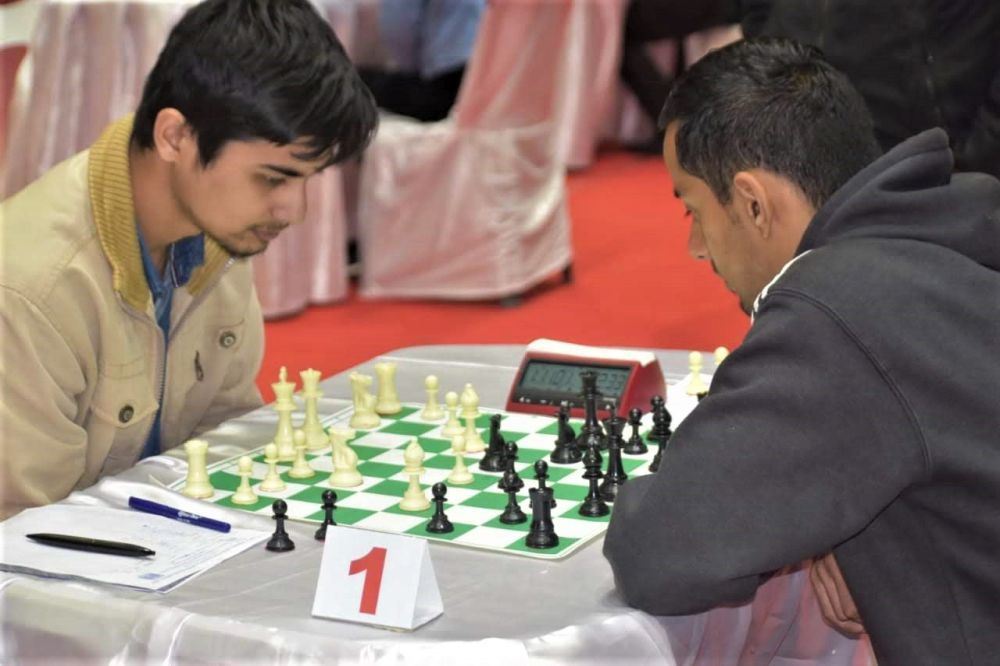 SA: Which one was your best game of the tournament?

SRC: The game against Projit Phukon in round 5 was a nice one.

SA: Who was the strongest opponent you faced in the event?

SA: It is observed that you like to play a lot of tournaments in the North-East. What brings you back to this part of the country again and again?

SRC: Well it's because of my coaching assignments that I visit north-east frequently and in between I keep playing some tournaments.

SA: How are you planning to celebrate your birthday? (The interview was conducted on his birthday 13th February)

SRC: Nothing as such . Will have a family outing.

SRC: Hyderabad in April and Solapur in May.

SA: Thank you for taking the time to answer all these questions. I wish you all the best in your future endeavors. 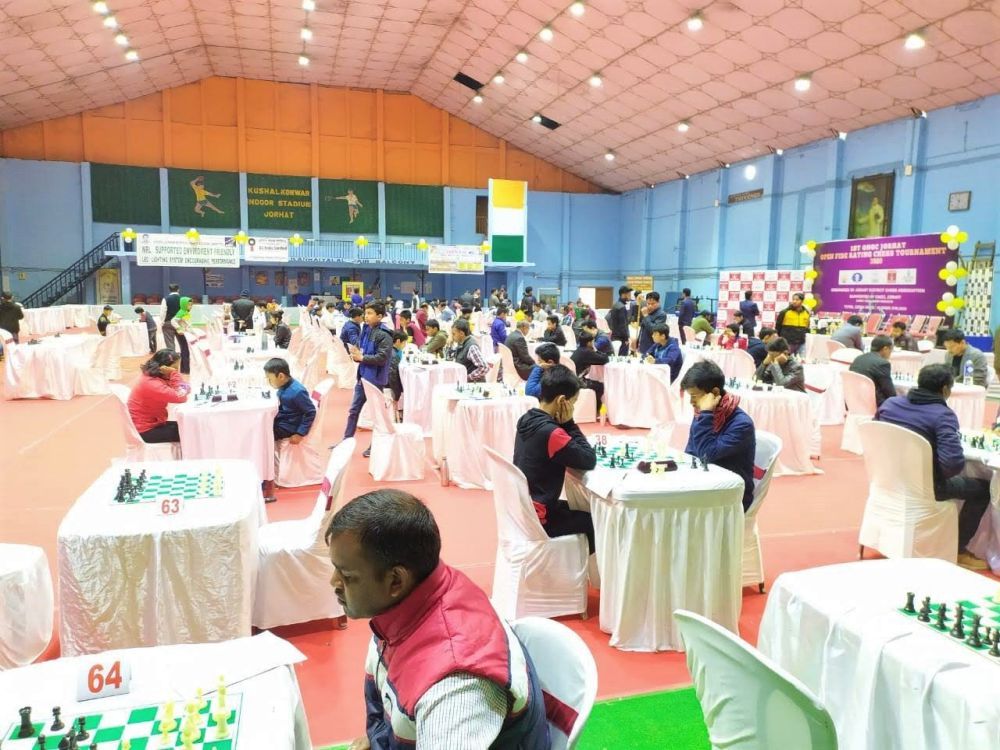 Trophies which were given away as prizes | Photo: Madhurjya Bharali 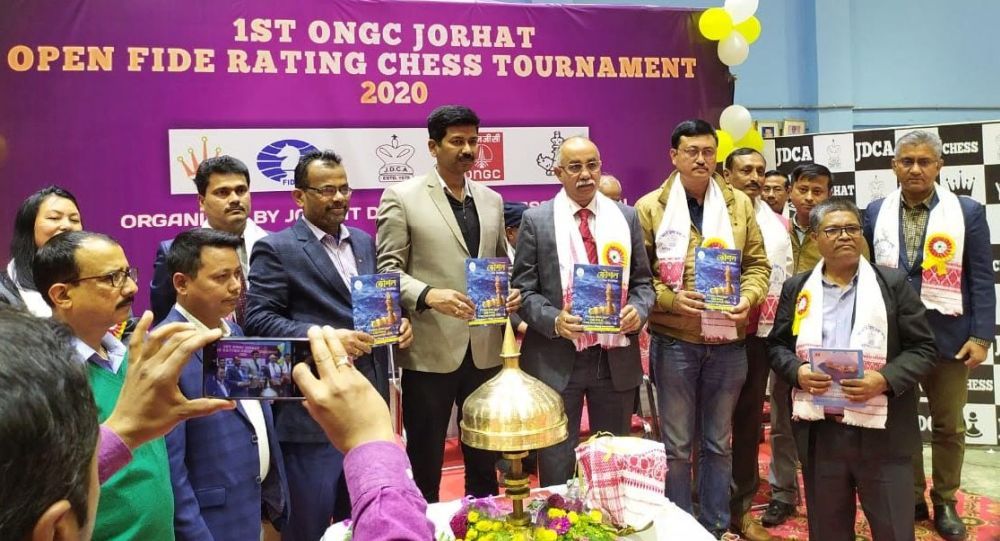 Total 142 players including a GM and three IMs participated from all over the country and Nepal from 2nd to 7th February 2020 at Jorhat, Assam in 1st ONGC Jorhat Open FIDE Rating Open 2020, organized by Jorhat District Chess Association. Total ₹378000 cash prize was distributed among the prize winners.