A tribute to Gelfand on his 53rd birthday

Today is the birthday of former world championship challenger and FIDE World Cup 2009 winner Boris Gelfand as he turned 53-years-old. The 19th GM of India - Sundararajan Kidambi, who has an impeccable knowledge about chess classics and encyclopedic knowledge about the game, pays tribute to the maestro, one of the best to ever play chess in the history of mankind. In a world where everyone is always ready with 'Plan B' or a 'Backup plan', Kidambi explains 'Singular Strategy' with illustrative diagrams and explanations, keeping in mind about the bigger picture and the importance of having a clear vision. Photo: Amruta Mokal and Shahid Ahmed

"This inexorable consistency in the realisation of his strategic conceptions is, in my view, the main trait of Boris Gelfand the chess player."- Vladmir Kramnik

From experience, we know that Chess is quite a complex game where we do not comprehend, leave alone control things on the board. As an observer, I have always been fascinated about a player having a wholesome vision of what is going to happen in the longer run and is steering his army in the short run always keeping the bigger picture in mind. This is clearly illustrated in classical games where one player is clearly stronger than the other and hence is able to carry his plan forward in totality, giving quite an instructive view to the aspiring student. As many Gurus rightly feel, this has become increasingly rare in modern chess, because the contemporary master never willingly submits to the opponent's will and instead throws the kitchen sink at him and even if he were to perish, would like to alter the course of the game.

Nevertheless, there are definitely few occasions in which a player dictates the course of the game as per his vision, and the rarity of such a scenario makes it even more special. Today being the birthday of one of my favourite players (Boris Gelfand) seems like a good time to discuss this aspect. I quote Kramnik from the preface to Boris Gelfand's book- My Most Memorable games (2004).

'What impresses me most is his ability to create games, where all the moves, from the first to the last, are as though links in a single logical chain. This inexorable consistency in the realisation of his strategic conceptions is, in my view, the main trait of Boris Gelfand the chess player.'

As always, World Champion Vladimir Kramnik is clear and to the point! I am sure Boris would agree with him regarding what he considers as his forte. Games at the very top where miniscule errors are exploited, and a grand strategy comes to fruition always enthrall me. Boris Gelfand describes this trait of his playing style as one which, he imbibed from his childhood hero - Akiba Rubinstein who had shown a consistent flair for this aspect in numerous games throughout his career. Let us get started with the chess part 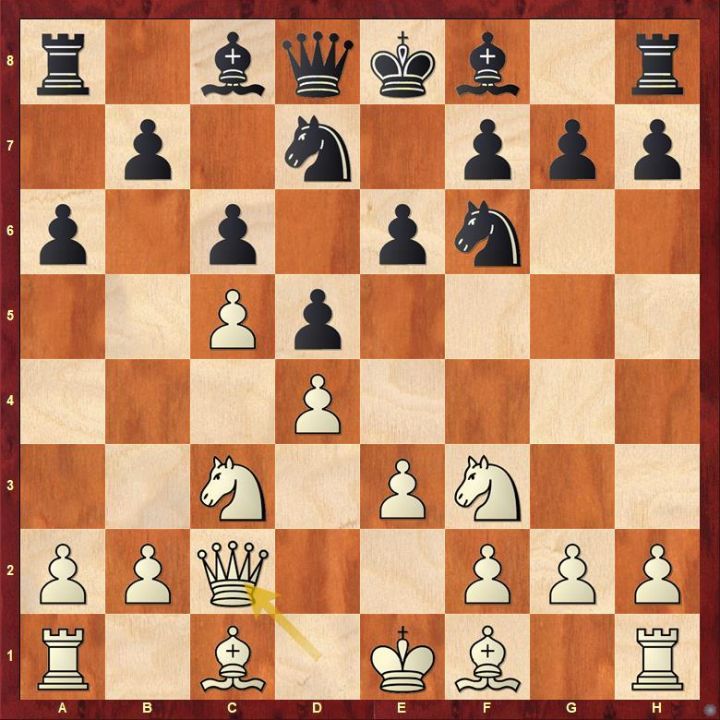 This is the position after White's seventh move in the seventh game of the World Championship match between Gelfand and Anand, White's idea is not to worry about maintaining the pawn chain intact on the Queenside with an eventual b4, but to be flexible enough to agree to a transformation of pawn structure with cxb6 and play for simple development. The game continued

Developing all the Queenside pieces features from time to time in Queen Pawn Openings. Here it makes a unique impression. White again gives Black a choice to transform the pawn structure either with c4 or as happened in the game with 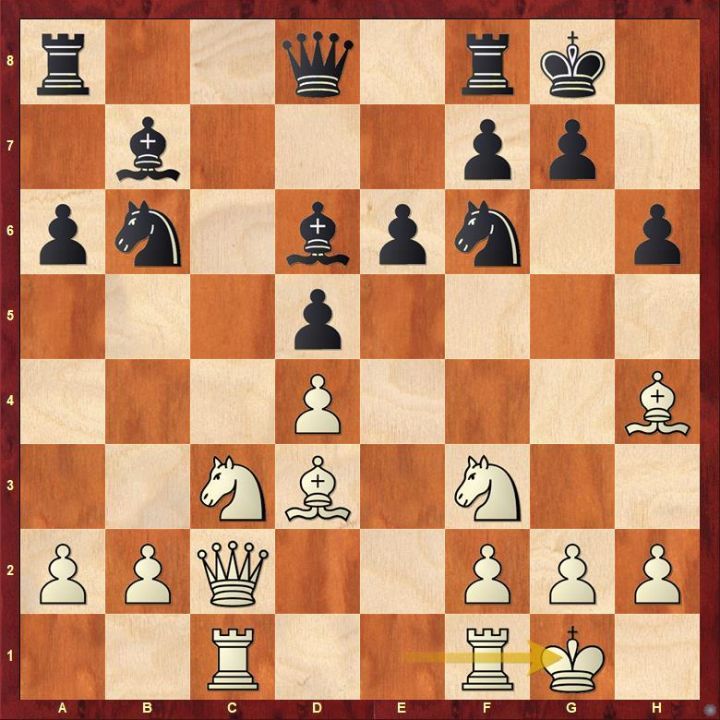 Quite a few changes have happened since the last diagram. Importantly, the pawn structure has changed. The given pawn structure is optically favourable to Black as he has two pawn islands to White's three and also the pawn on d4 is isolated and can become a potential weakness. One is reminded of Capa's famous victory as Black over Lasker in their World Championship match in 1921 (game number 10). However, things are not this simple, a given pawn structure can become a weakness or not based on the pieces that are present on the board. So. here we see a significant difference between Capa's game, where there were only Rook, Queen and Knight on the board. And more importantly, the problem child in the Queen's Gambit (Light squared Bishop) was no longer there! Coming back to the present game, Black's problem piece is the light squared Bishop which is imprisoned by its own pawns. White's strategy will be to play against that piece and utilise the Queenside majority and the strong squares for his knight that are inherent in this specific pawn structure - namely e5 and c5 squares. At this moment Black continued with

and as Boris points out in notes to the game, Black could have got his fair share of chances in the game with 15...Bf4! The problem with this move is that it allows White to trade the dark squared Bishops and thereby increase his influence on the dark square complex for the remainder of the game. The game went It is clear that White's chances on the dark squares are significantly improved. Black's light squared Bishop will struggle to get out as there is never going to be e6-e5 break in the future too. As Tarrasch observed, the Knight on b6 is also a problem piece in many a situation! White can use the e5 or c5 squares as strongpoints for his knights and get a back up support with f4 or b4. As it happens, c5 and play on the Queenside is more natural. Added to this, White is going to fight for the control of c-file. 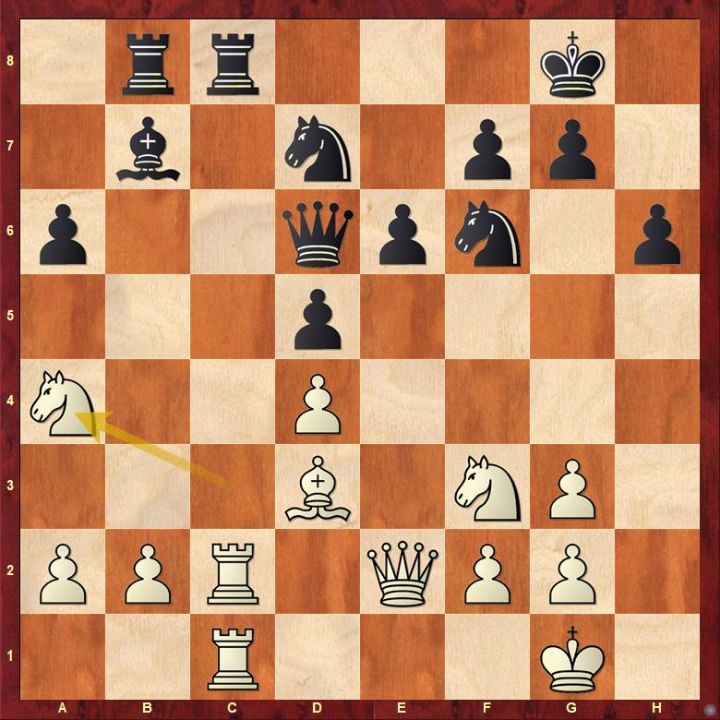 White starts to get rolling with his plan of playing for c5 square and c-file. Here Anand decides to change the character of the game with

and even though this has been labelled as an inaccuracy in hindsight, it seems to me that the text move is a very natural bid for counterplay. Even at the cost of a pawn, Black would like to get some breathing space for his Bishop on b7.

White will not waver even a bit from his plan of playing for the control of c-file. In the live commentary to the game World Champion Karpov showed another idea to take control of the dark squares 23.Qe1!? which was also very strong!

Here Black lashed out with

and which was unfairly criticized in my opinion. As the World Champion pointed out in his comments at the press conference after the game, "In a bad position all moves are bad" or some words to convey that meaning. Legends with their intricate feel for the game, understand (even if computers don't) about the liveliness of a given position. And even if the move turns out to be bad, I am in complete agreement with the spirit behind World Champion Vishy Anand's move. 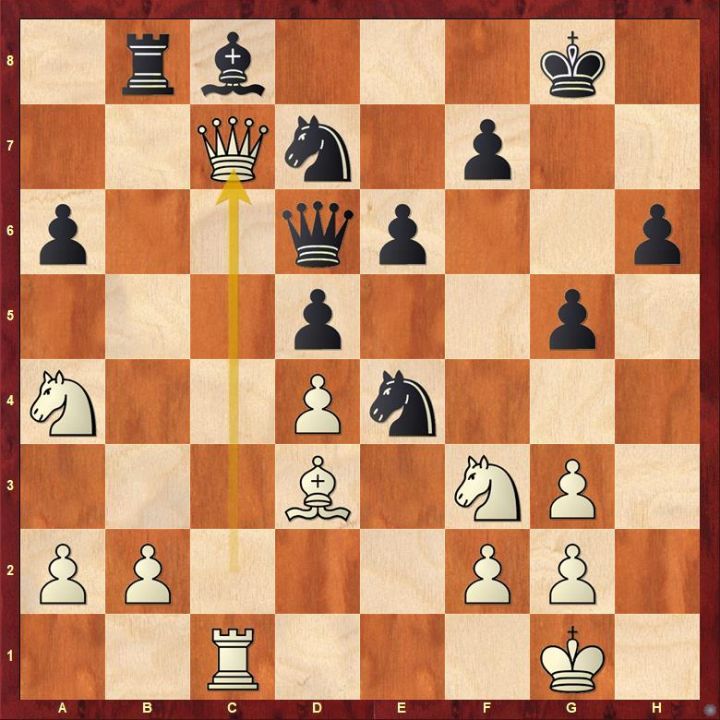 As Nimzowitsch has taught us a long time ago, the idea of controlling an open file comes to fruition when the seventh or eigth ranks can be infiltrated! 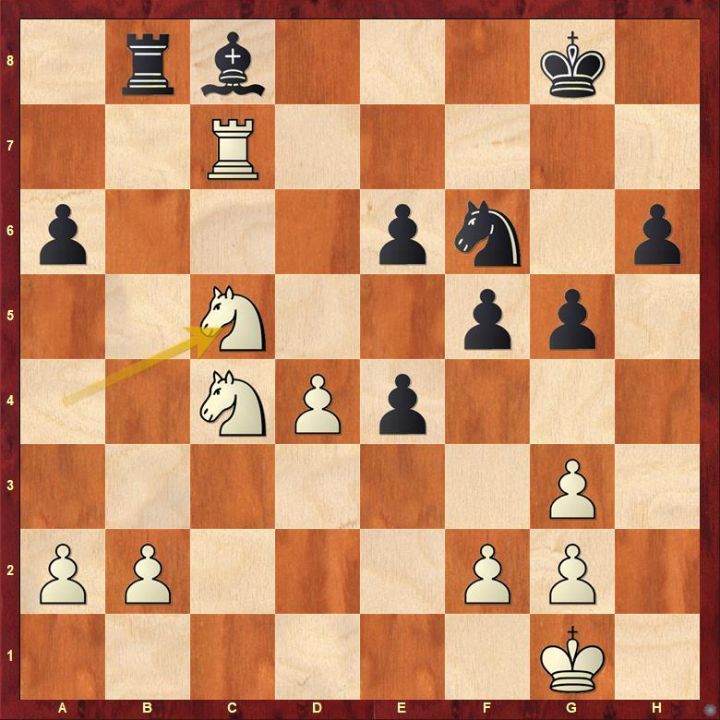 The game has moved forward like a mathematical problem, where one simplifies the equation and arrives out step by step at the solution. In Chess terms, the exchanges have magnified White's advantage. He is in complete possession of the weakened dark squares of the opponent, and the perennial problem with the light square Bishop remains for Black. 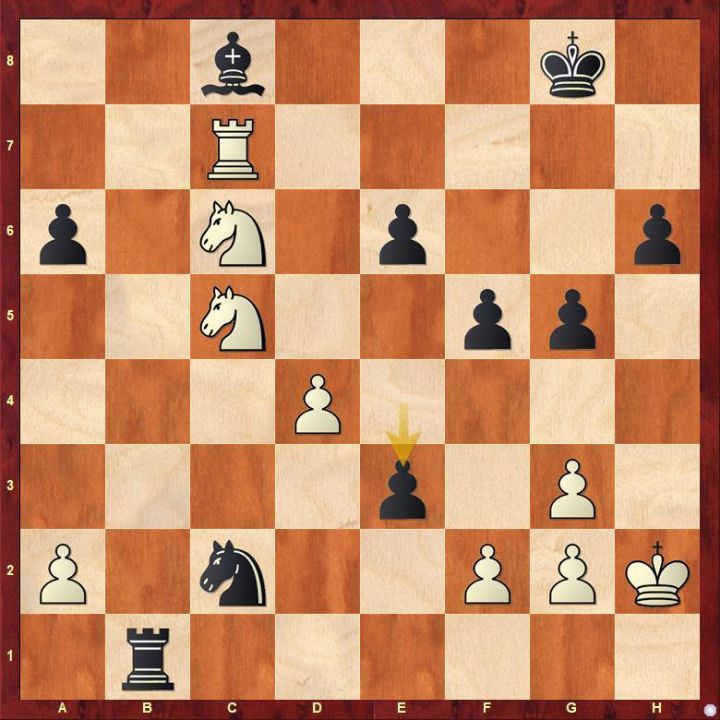 and white was able to capture the problem piece of Black's at the very square where it was born!

I have attached Boris Gelfand's detailed notes to this game as he has annotated for the ChessBase Magazine 149, for readers who want to delve deeper into the truth and the myriad ways to vary. The problem with the dark squares and the development of the light Squared Bishop is an age-old problem in such structures, and not even World Champions are immune to this hard defence sometimes. Kasimdhzanov-Kramnik Tromso Olympiad 2014 comes to mind when Kramnik too had to bite the dust in a slightly different pawn structure for White, although Black's suffering was sort of similar.

Here is a link to a replayable board for the above mentioned games.

I conclude by wishing Boris Gelfand a very happy 53rd Birthday and let the readers sit and savour the fine game of chess!

ChessBase India is happy to see GM Sundararajan Kidambi writing his first post of the year in his blog "Musings on Chess" after almost a yearlong hiatus. Knowing what an encyclopedic knowledge the grandmaster from Chennai possesses, I think we are in for a treat! One can only hope that Kidambi continues writing regularly! We will keep reminding him about it!