Castling is one of the most important golden rules. We all have learned this in our childhood/formative stage. Just like everything else in life, the timing of castling is very important. A premature castle puts king in a more precarious situation than safety, while a delayed one can also have a similar effect. As our understanding of the game develops over time, we realize that the timing of castling is fluid. A lot of players in various position prefer not to castle. While it may seem like a modern concept, GM Sundararajan Kidambi shows examples of different decades and analyzes the concept of not castling by as early as the first official world champion, Wilhelm Steinitz. It is absolutely worth checking out if you wish to enrich your chess knowledge. Photo: Shahid Ahmed 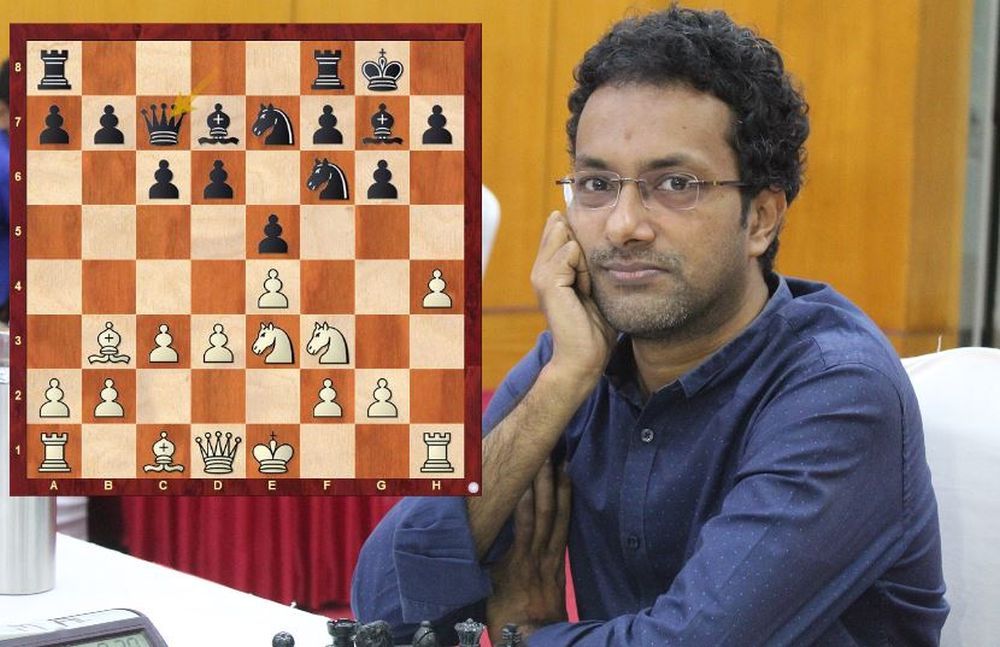 "Castle if you need to, castle if you so desire, but do not castle just because you can" - William Lombardy

Recently while preparing for a lecture topic for ProChess on the topic of Determining the position of the King, I was evoked by some pleasant trip upon my memory lane. From the very little of what I have studied, I feel that this concept was first vocalised by the first World Champion Wilhelm Steinitz. He actively contemplated the idea of being flexible with the king in the centre, when normal norm in his time was to quickly castle and prepare a sacrificial attack. Steinitz envisioned the king as a strong piece which can take care of itself.  We all know that by the mobility it possesses the king can be considered to be as good as a minor piece or even better in an endgame. But, far more importantly, the safety of the king is the prime mover of a chess game, as checkmate culminates a game. For this reason the king is considered to be a piece that is of inestimable value.

While playing Fischer Random Chess, I came across the teleportation of the king even from b1 to g1 square! If the opponent was preparing for an attack on the Queen's wing, this would completely be a cold shower to his ideas. Coming to think of it, this is a valid concept in a normal chess game too. Castling as an aid to quick development especially in open games is a fact that no one can deny. But, thinkers like Steinitz dared to question an all encompassing approach to play. If in a given position, the king retains the flexibility to remain in the centre, to castle short or castle long, in itself this is an advantage, because opponent has to be wary of this before deploying his forces on a particular flank. As a corollary to this we can also see that if a side has prematurely determined the position of his king (say to a particular flank) then it gives his opponent a free hand to concentrate all his forces towards the happening flank.

I will share three specific positions from the games that I had prepared for the lecture. To begin with 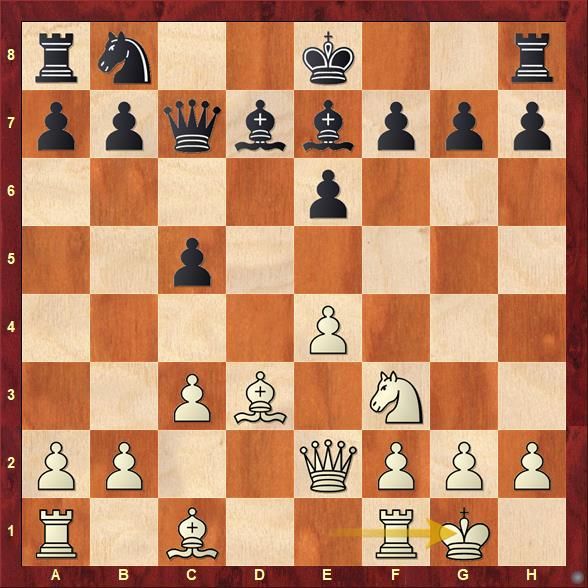 The position is after White's 10th move from the second game of the World Cup semifinal between Teimour Radjabov and Maxime Vachier-Lagrave from 2019.

But the seemingly innocuous move is (believe it or not !)the decisive mistake! Radjabov continued with

11.e5! and developed a ferocious attack against the opponent's king which was later translated into win of material and finally the game.

Black could have probably stayed flexible with his king and continued with 10... Bc6 and 11...Nd7 before deciding on where to castle or whether to stay in the centre for a while. Of course this is easier said with the benefit of hindsight and having seen White's masterpiece.

The next position we will look at is from the second game of the World Championship match between Steinitz and Lasker in 1894. 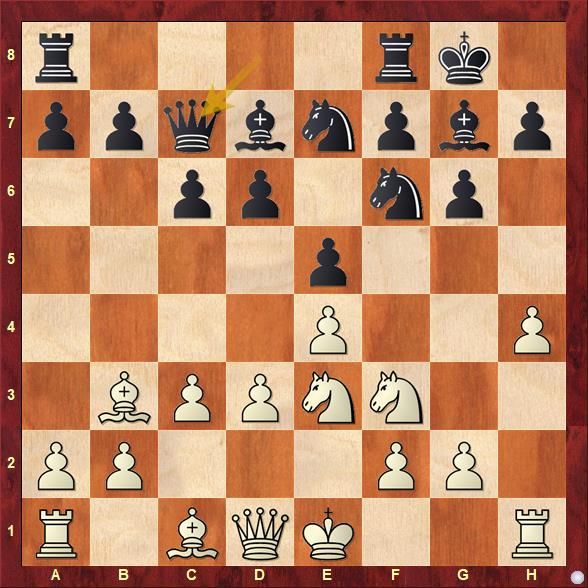 In this position which was clearly aimed for by Steinitz he continued with 12.Ng5!

He had waited for Lasker to castle and made use of the pawn hook on g6 to open the h-file in the quest for an attack against the opponent's monarch. In comparison with the previous position the central position is more fluid and the decision of White's king to remain in the centre is more audacious. He knew that Lasker would reply

This move can be appreciated on various levels like overprotecting the central strong point, and taking care of stabilising the centre before embarking on a flank attack. He was true to his principles and won a fine a game by creating a strong attack and thereby winning material and the game. I can't but help think about the parallel of Game 2 from 1990 World Championship match between Karpov and Kasparov where Kasparov came with 19.f3!! in a Ruy Lopez to calmly strengthen the centre before embarking on an attack against the opponent's King. Though, I must admit that this is quite off topic 😁

The final position I want to show is once again from a very modern game. 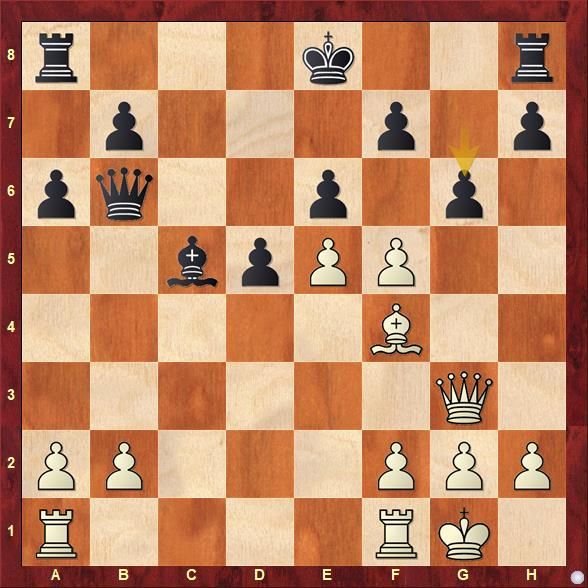 This is a position from the World Cup Rapid game number 5(rapid) between Ganguly and Fedoseev. Ganguly has played the opening inventively and has acquired some nagging pressure against Fedoseev's Chebanenko. Here, interestingly Black had no weakness in pawn structure, but his prime concern is - where to place his king? If he goes to the kingside, White will get an incredibly strong attack with f6 in connection with ideas based on g7 square mates. There could also be ideas based upon Bh6 followed by fxg6 and h4-h5.

If Black stays in the centre, he needs to be always looking for an opening up of the position with fxe6. And the c-file is already open on the Queenside which means that his king cannot feel entirely safe there too.

Going by this logic, White should have continued to be flexible with his central pawn position and gone for 17.Rac1!? or even a radical attempt to prevent Queenside castling forever with 17.b4!?

The point to note is that White can be flexible because he does not have to fear gxf5 because of Qg7! anytime and an immediate 17....exf5 (in reply to 17.Rac1) would run into Bh6 catching Black's king in the centre as a target!

In the game White continued with 17.f6?! which let off the pressure in terms of flexibility. This pawn thrust is good if Black castles on the Kingside, but is committal in the sense that it closes the centre permanently. Now Black could have safely castled long or as it happened in the game, later use the d7- square as a safe haven for his king since there is no possibility for White to open up the centre with pawn breaks. Of course this has no relevance with the fact that White went on to lose this game, but it nevertheless remains a pivotal moment where had White waited flexibly maybe he could won the game and the match too.

The three positions show that this is a concept that is quite hard to grapple with even for the very best, but this can be a good start to rethink Steinitz and the theory of determining the position of the King. I wish the interested readers to delve deeper and happily research into this fascinating old/modern concept.

ChessBase India is happy to see GM Sundararajan Kidambi writing his fourth post of the year 2022 in his blog "Musings on Chess". Knowing what an encyclopedic knowledge the grandmaster from Chennai possesses, I think we are in for a treat! One can only hope that Kidambi continues writing regularly! We will keep reminding him about it! We are awaiting to read his first post of the year 2022 and be enriched.