Chess as an Art by GM Sundararajan Kidambi (2/2)

Part one of "Chess as an Art" by Sundararajan Kidambi was received with great enthusiasm by all our readers. Many wrote to us saying that the material was high quality and they learnt a lot from it. In the second part, Kidambi shows you two games by Fischer and Karpov that greatly resemble the ideas used by Wesley So in his game against Granda Zuniga. Going over these games will consolidate your knowledge of the themes and make it easier for you to use it in your games.

In the first part of this article we saw the game between Wesley So and Granda Zuniga. The move ...g5 was extremely impressive. 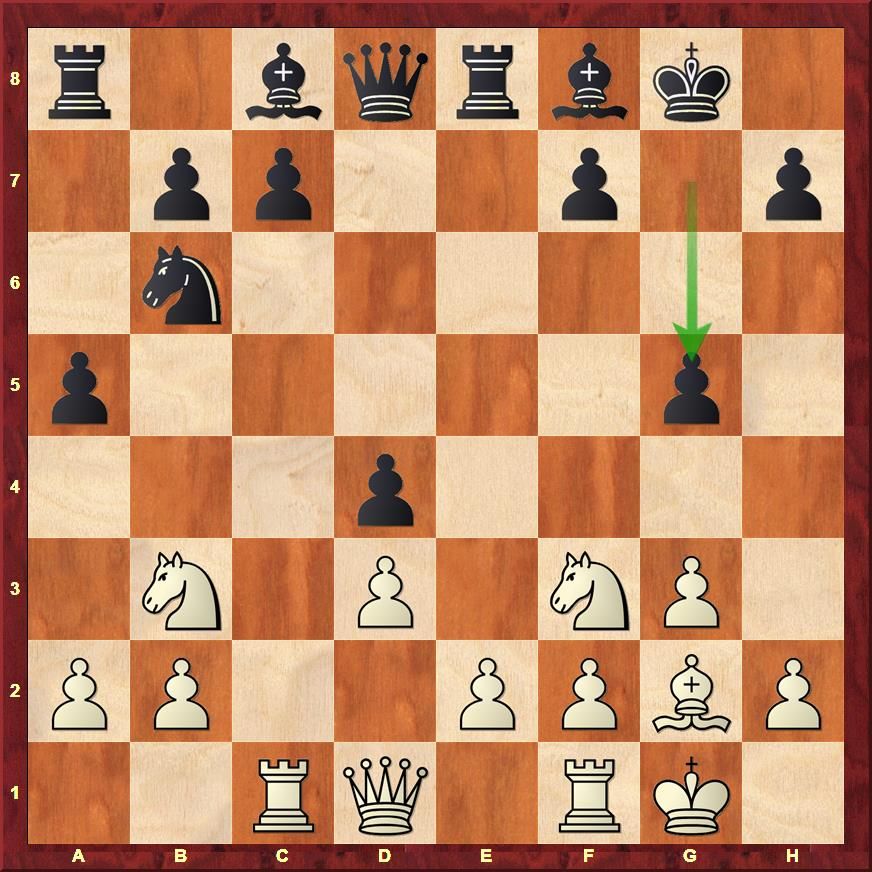 A unique way to save the d4 pawn. If White takes on d4, Black will attack the other knight with his pawn either by ...a4 or ...g4. 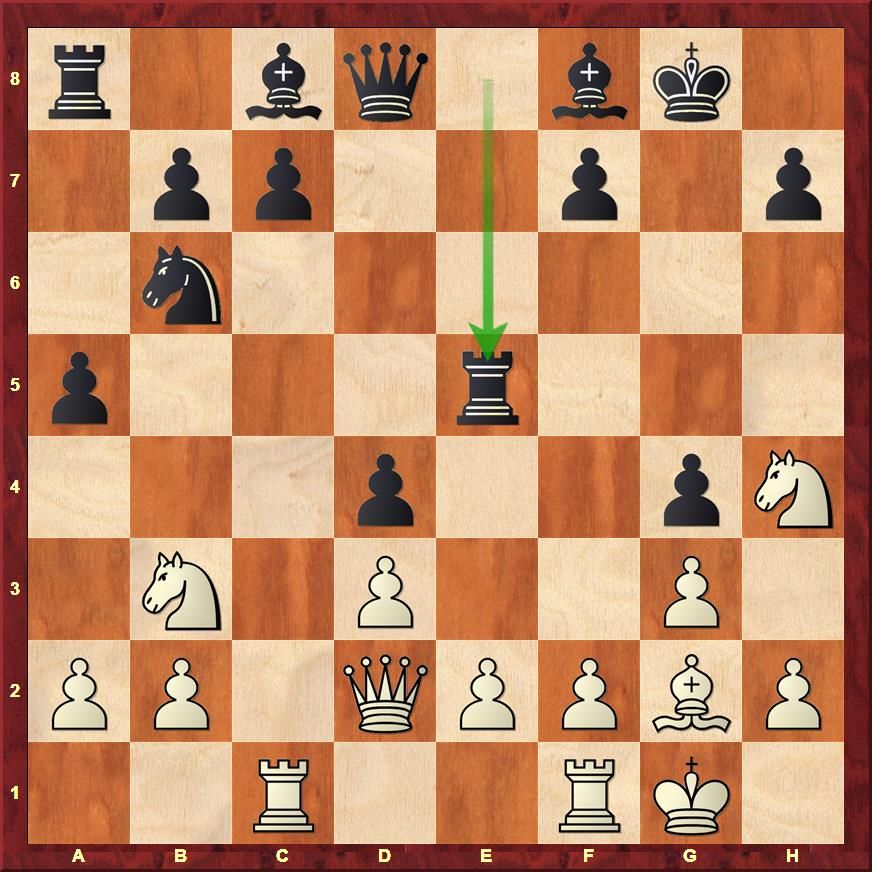 The move ...Re5! was also very strong as it controlled the important fifth rank. All in all it was excellent play by Wesley.

From a search on Mega-Database 2017 you realize that the move ...g5 (shown in the first diagram) was played between Markov and Frolyanov before Wesley had tried it. We asked So (via email) whether he had seen the move. To which he replied that he had seen a similar motif in his preparation but not the exact move in the exact position.

This once again brings us to an important point that strong players know their patterns very well. And this helps them to execute moves like ...g5 and ....Re5 with ease. Let's have a look at some games selected by Kidambi which have similar themes to what Wesley So used against Granda Zuniga.

Read part I of the article

Chess as an Art by GM Sundararajan Kidambi - Part II 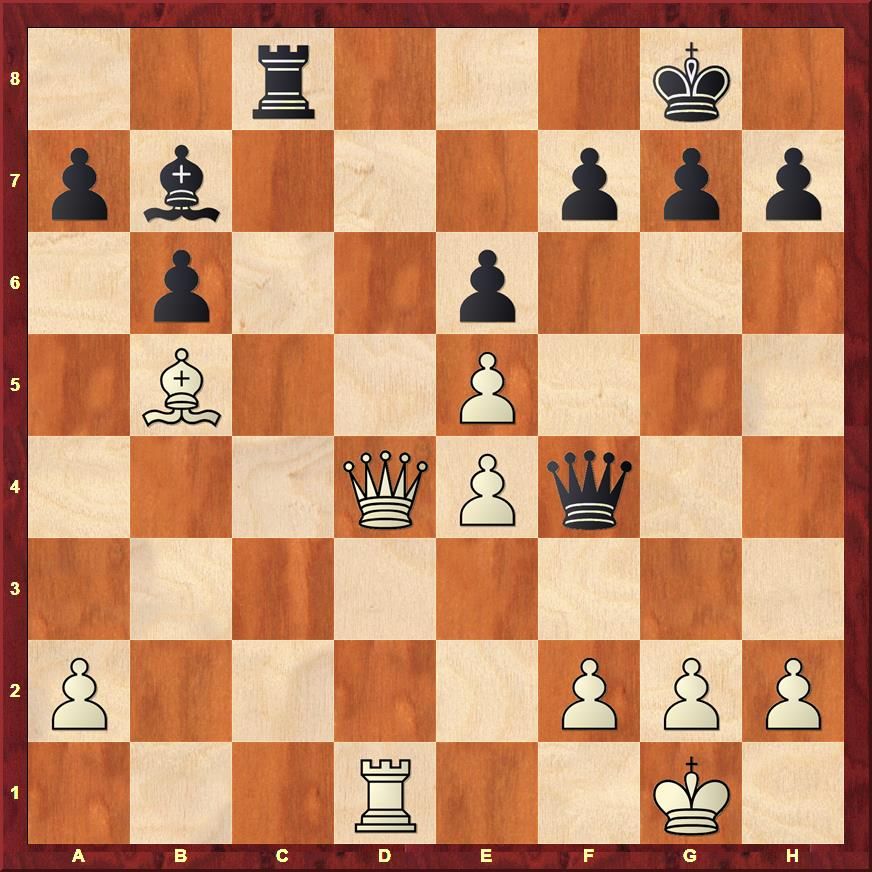 What should Black play? 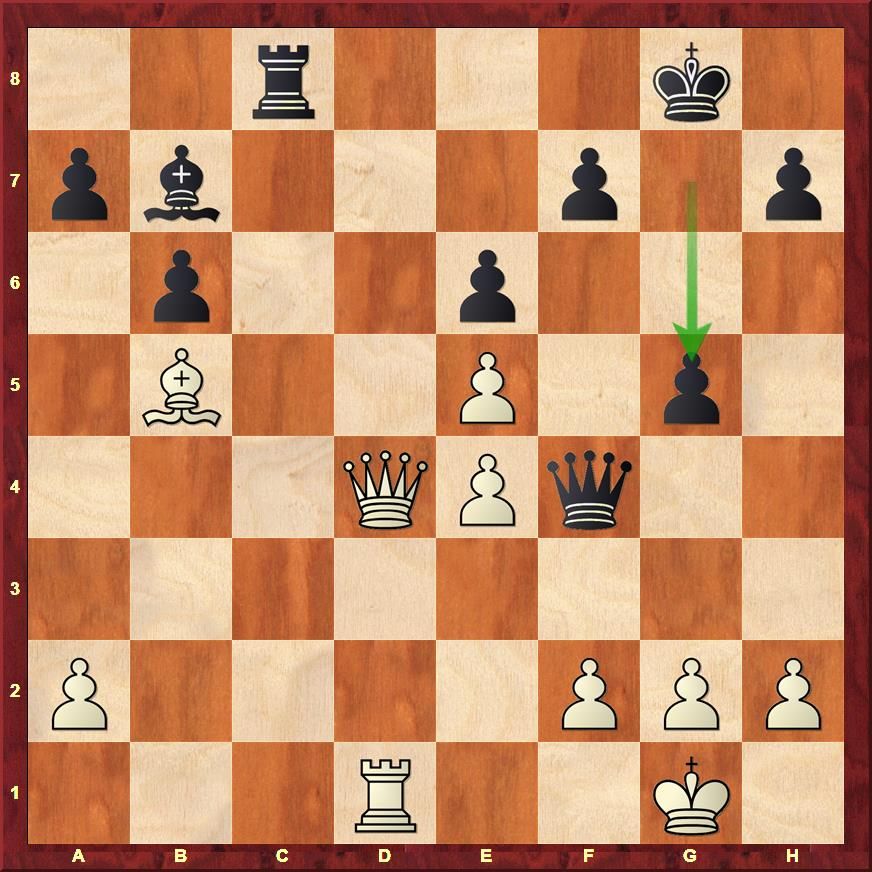 Geller once said that Fischer doesn't devise deep plans, but leaps from position to position. I am not too sure if he meant it as a compliment, but it can clearly be seen that Bobby was way ahead of his time and he was the forerunner of so called modern chess (I don't like to call it computer style!). In this position he clears the back rank, isolates the pawn on e5 by preventing a future f2-f4 and also prepares a possible opening up of the g-file when White plays f3 to support the pawn on e4.

Looking back at Granda-So game, I felt that So too leapt from position to position. First he would have visualised until g5-g4, and once he arrived at that position he then he leapt on too Re5-b5 idea.

Back to the current game. Here too Bobby probably devised the idea of opening the g-file and once having reached the position devised new ideas from there.

What a transformation! And such courage to play a pawn move in front of his own king for specific purposeful play. Comparing this position to the Granda-So game , although the position is completely different, there is a similarity in So's decision to play g5 for specific purposes and disregarding the seeming weakness of his own king side by understanding that his opponent cannot make use of it at all .Rest of the game is pretty instructive and would warrant careful study too, but it is not relevant to the comparison with the main game. I refrain from any more comments but encourage the reader to play through the game anyway!

In a recent interview to New In Chess, So Wesley has mentioned that under the tutelage of Tukmakov he has spent some time studying the classical games of Karpov and Kasparov! I hope I will not be off target to believe that his Rook manoeuvres were inspired by this yesteryear Karpov Classic! 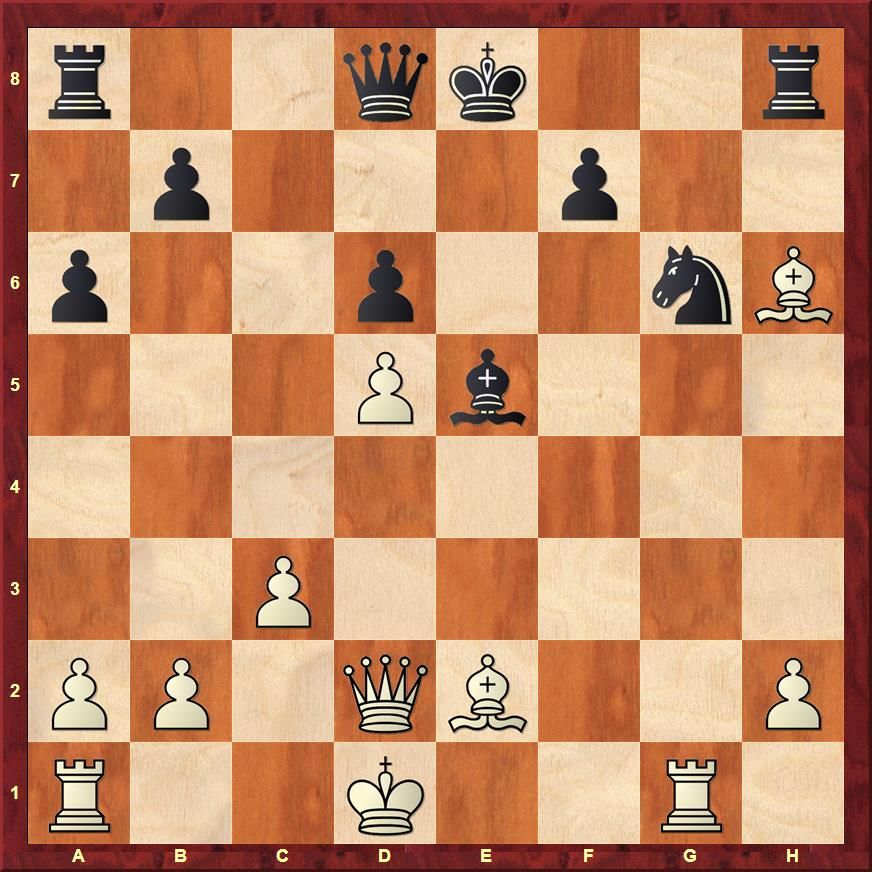 White is a pawn up, but Black has a strong bishop on e5. What should White do? 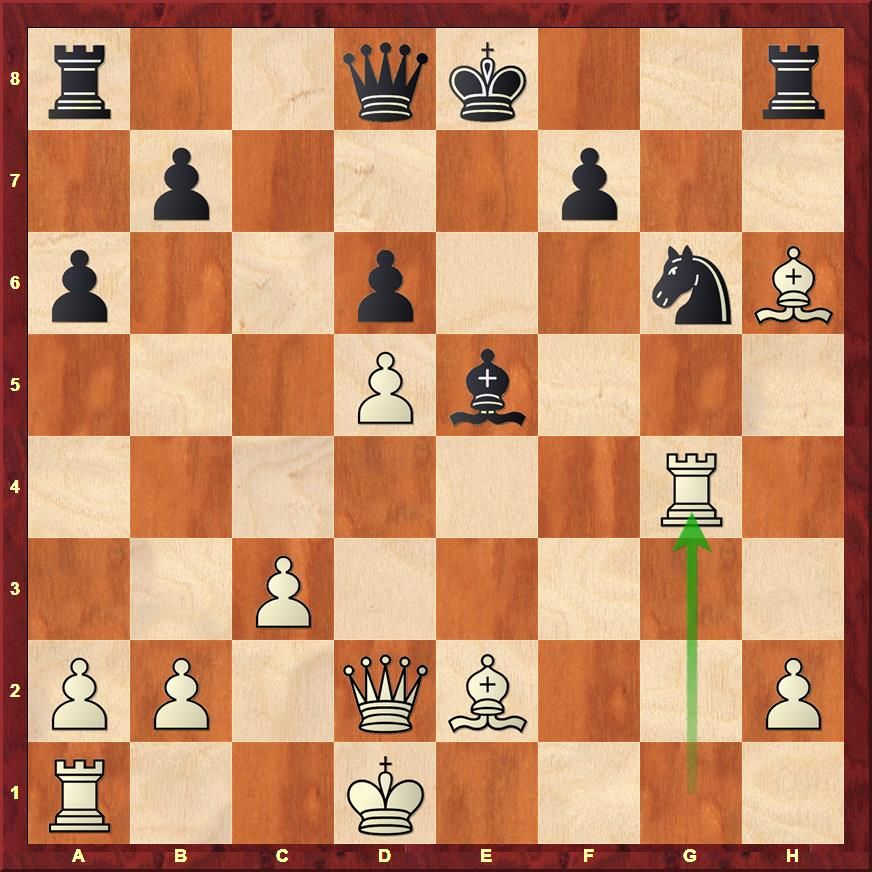 This is a famous game of Karpov's of which numerous commentaries have been written including by Dvoretsky and Kotov. Note the striking similarity in the emptiness of the fourth rank and white's space advantage with the pawn on d5, compared to Granda-So 2016. Karpov's Rook shuttles on the 4th rank back and forth and later drops back to the third rank and singlehandedly wins him the game. Another game which would be worth careful study!

Three superb games filled with pure art! The great man Tarrasch was right when he said that chess has the power to make man happy.

Not only playing, but also replaying and going through such gems can keep elevating us to higher and higher moods.And appreciation of such an art only improves with the passage time, just like old wine!

I sign off with contentment, in the hope that I have given the readers something to cherish for a long time to come in the quiet of their study!

When the part one of Kidambi's article was published, we received a comment from an experienced trainer in Chennai Ganesh Dorairaj, who said that Wesley's rook manoeuvre greatly resembled the idea executed by Lasker against Tarrasch in their World Championship Match in 1908. We agree with Ganesh and present to you first a position to solve and then the entire game annotated by none other than the great Garry Kasparov. 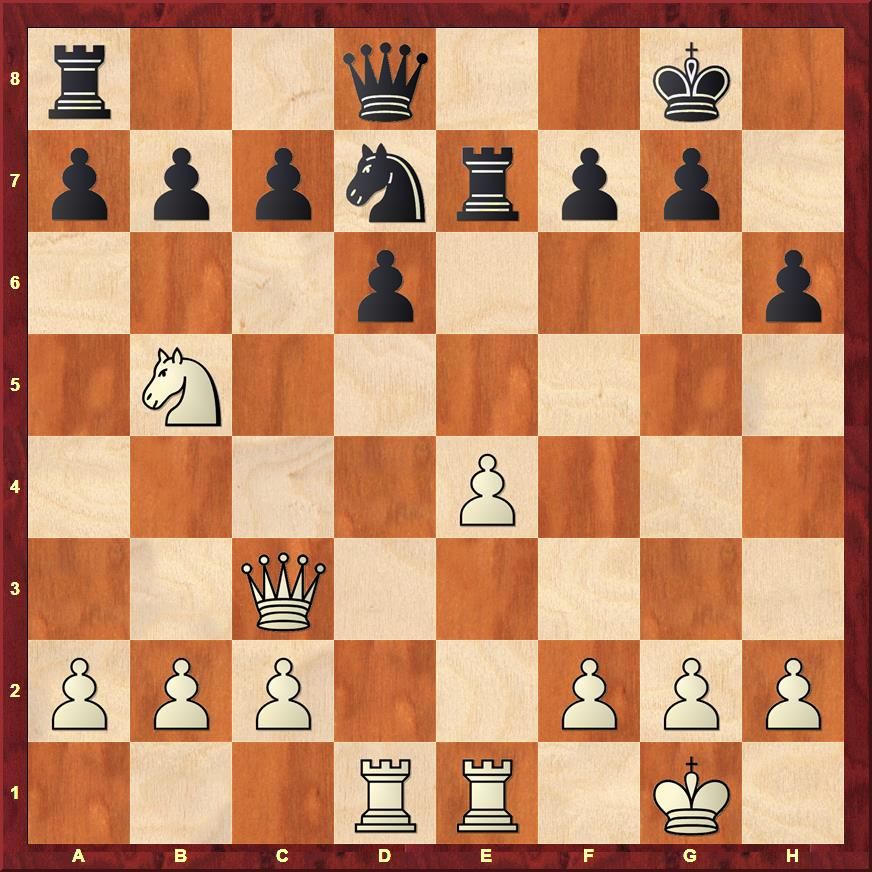 In the same spirit as Wesley and Karpov, what do you think Lasker played over here?
Related news: