A Question of Timing

Some wise person had once said, "Timing is everything". The origin of this is unknown. However there are thousands of derivatives of it and everyone attests to the same fact about the words being true in some form or the other. Nothing happens until the time is right, is it dependent on luck or is it predestined? Well a sportsperson does not merit those, instead they wait for the right time to strike. This is what GM Sundararajan Kidambi, the Indian GM who has impeccable knowledge about chess classics and encyclopedic knowledge about the game, talks about with three illustrative examples and beautiful explanations that yes timing is the key to success in many situations. Photo: Shahid Ahmed

The Eleventh World Champion's quote is quite famous and profound. Chess as in life is all about timing. This includes the art of waiting. Knowing when to wait and when to act, would definitely be the hallmark of any great chess player or artist. A recent favourite of mine is this poem by one of the most famous Tamil poets of all time - Thiruvalluvar on the importance of timing.

A rough translation would be 'One should be like the Crane Bird, which waits almost indefinitely for its prey and when the time to strike arises swoops in on it.'

Thinking from the viewpoint of a chess player, this seems to be of primary importance. In fact this is also what Bobby said about Chess! I would like to share a few interesting game positions which stem from this theme. 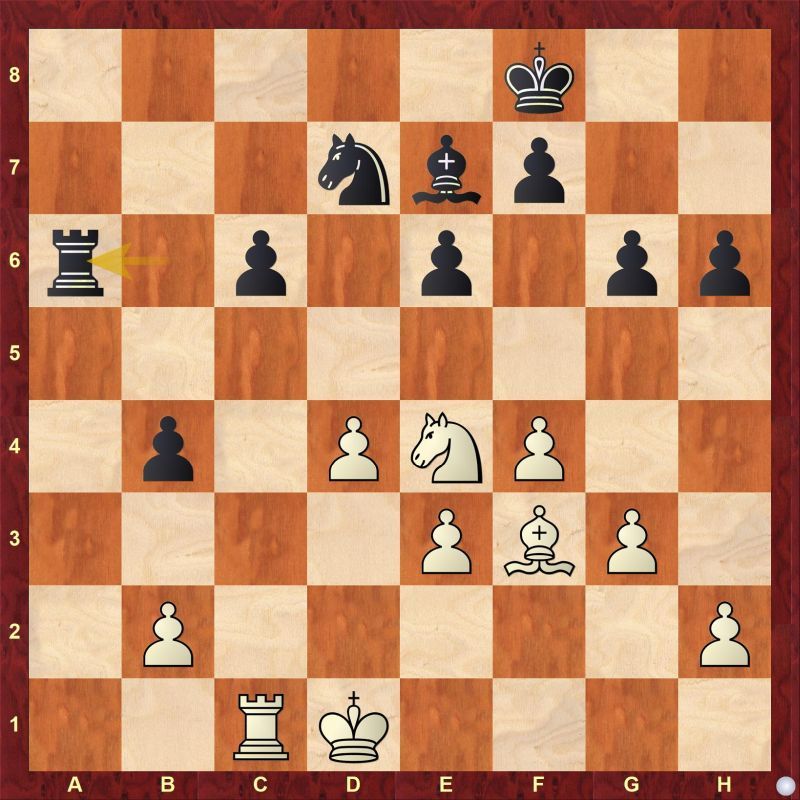 In the above position after 32 moves White continued with 33.Nf2!? which is intended to simply improve and regroup his pieces in such a manner so as to make use of future opportunities that are presented. Also, to begin with c6 weakness is directly attacked. So Black replied with

and the game continued with

and already Black's not in an easy position to find moves! This signifies (at least practical) advantage of White in this position. And here Black continued with 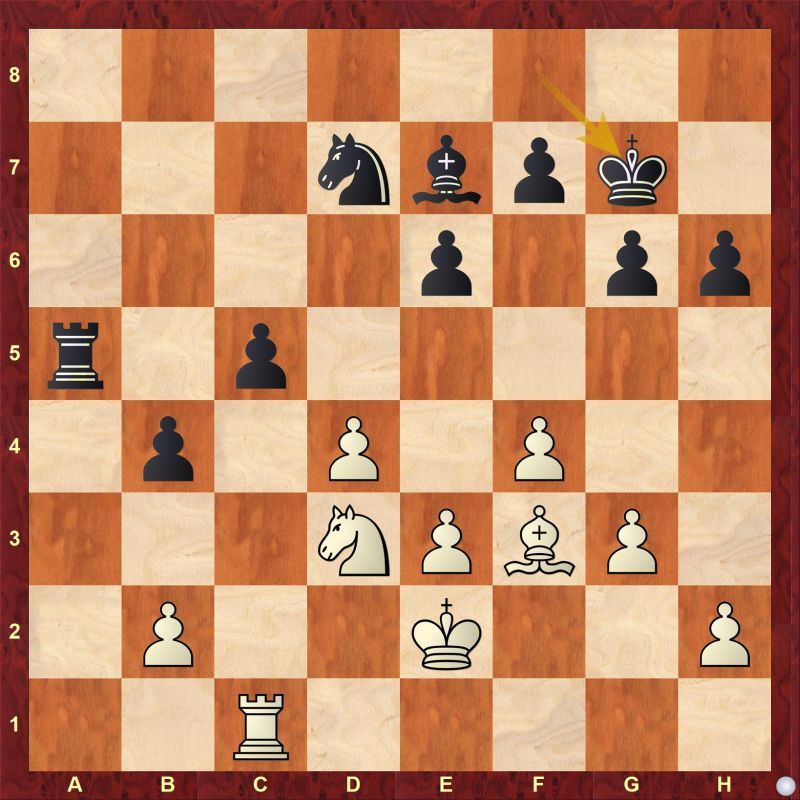 And this moment seems especially instructive to me. White still waited with 36.Rc2!

White keeps all his pieces in readiness while yet not taking any action. He can feel that his opponent is an uncomfortable position as he cannot play the releasing move 36...cxd4 because of 37.Rc7! winning a piece and continuing this further, he sort of expects Black to release one of his pieces from the seventh rank so as to prepare for cxd4 on the next move. So in a sense it was a cleverly veiled trap by Aronian, clearly waiting for an opportunity to strike. Maybe Black should continue waiting too with 36...Kf8!? but clearly that was not his idea of playing his King to g7 earlier. Instead Black went for the most natural move

in order to release his pieces from a possible skewer by the Rook on the 7th rank. And at this moment Aronian shows his keen eye for striking at the weakness which is not that easy to spot too! The Bishop while occupying the f8-square denies it to his monarch and this in turn makes the square e8 a very pretty one for White's light squared Bishop. Essentially Black's weakest point in this position is pawn on f7 which has been spotted by Aronian's eagle eye! The game continued with

and White won the game in few more moves because of the weakness of f7-pawn and his better coordination. 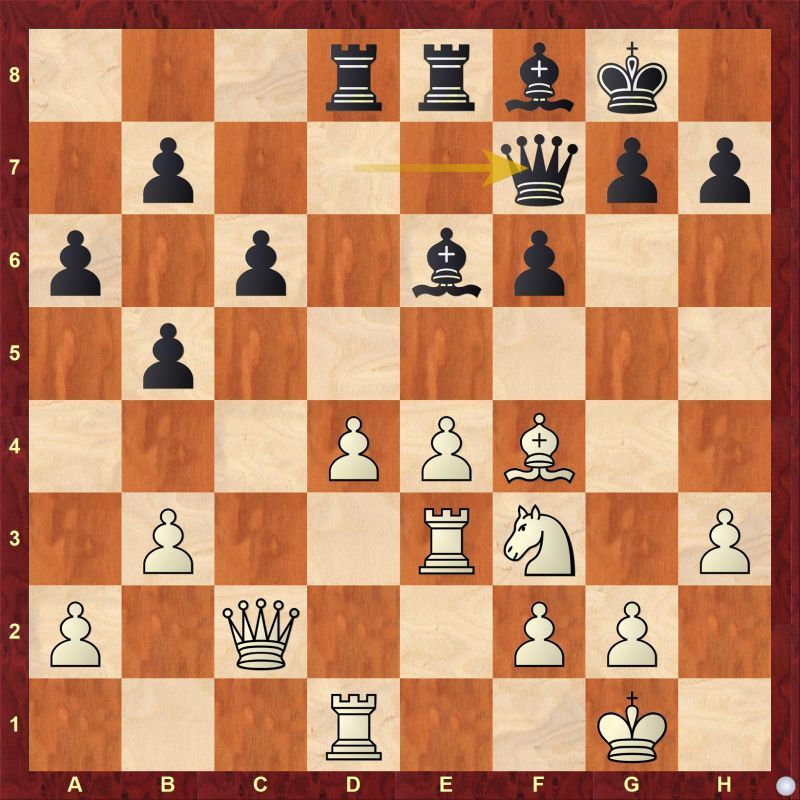 In this position after 19 moves, Anand came up with a simple waiting move

But things are not that simple, White's dark squared Bishop would love to occupy the fine post on b6 from where it can not only block the whole of Black's queenside pawn formation but also defend his central pawn on d4. Reaching the target square seems far fetched, but from White's point of view the advantage is that its quite an uncommon and veiled idea in this position. White waits until he is presented with an opportunity to improve even further. The game continued with

Black loses awareness of whats the key to position and embarks on pseudo activity. He could have ofcourse played

20...Rd7! and the game goes on. One cannot be too harsh and criticize this decision as White's next move is quite an easy one to miss I believe. 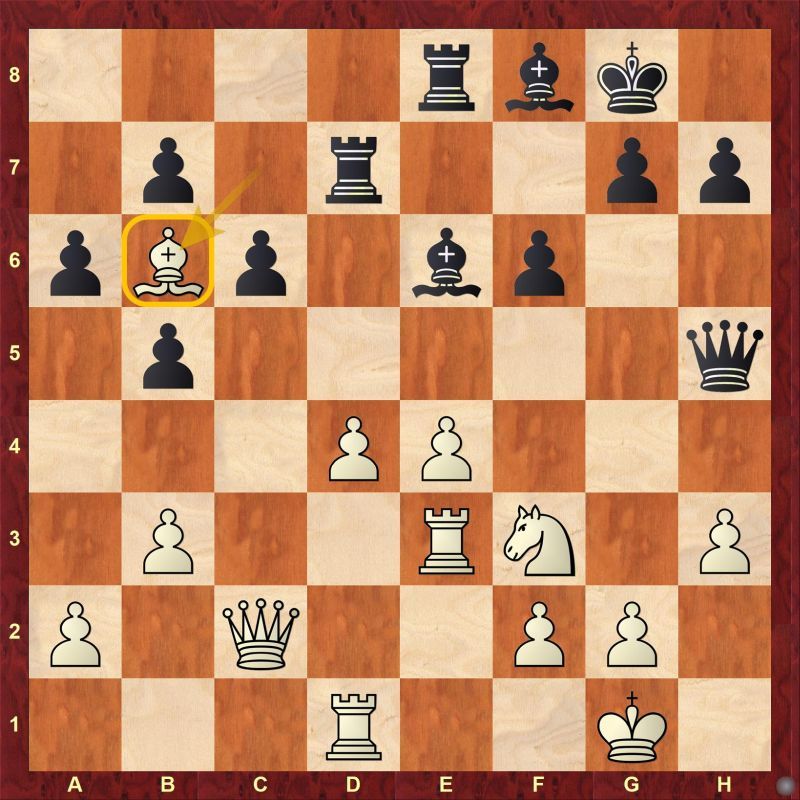 A minute change in the position, but one that has a great impact. White's Bishop is brilliantly positioned to block Black's majority and protect d4 pawn. Also the c5 square seems vulnerable. White improved his position even further with Ne1 and consolidated his pluses to win a very fine game. 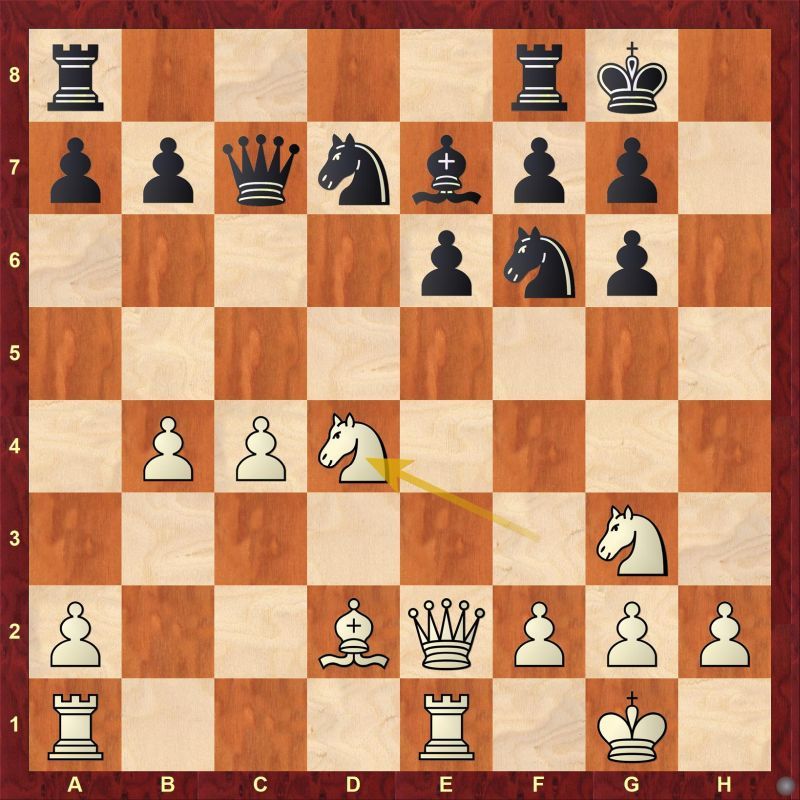 This interesting position was shown to me by Grandmaster Aravindh Chithambaram. He asked me to guess what Black's move was here? I was thinking of ...Rac8, ...a6, ...Nb6 . Those being the active moves in the position. But he asked me to come back with some other suggestion. Another look into the position made me think of slowly getting the Kingside/Central majority rolling with ...Rae8!? or even something audacious such as ...a5? While this position is still right out of the opening, and there are many ways to continue, Aravindh told me that before continuing any of these plans Black decided to exchange White's most active piece before embarking on further plans. He also revealed to me who the players were! It turned out the game was played between Stockfish and Leela Chess Zero in March 2020 in TCEC 17th season. In this position Leela continued with

and the maneuvering phase continued with 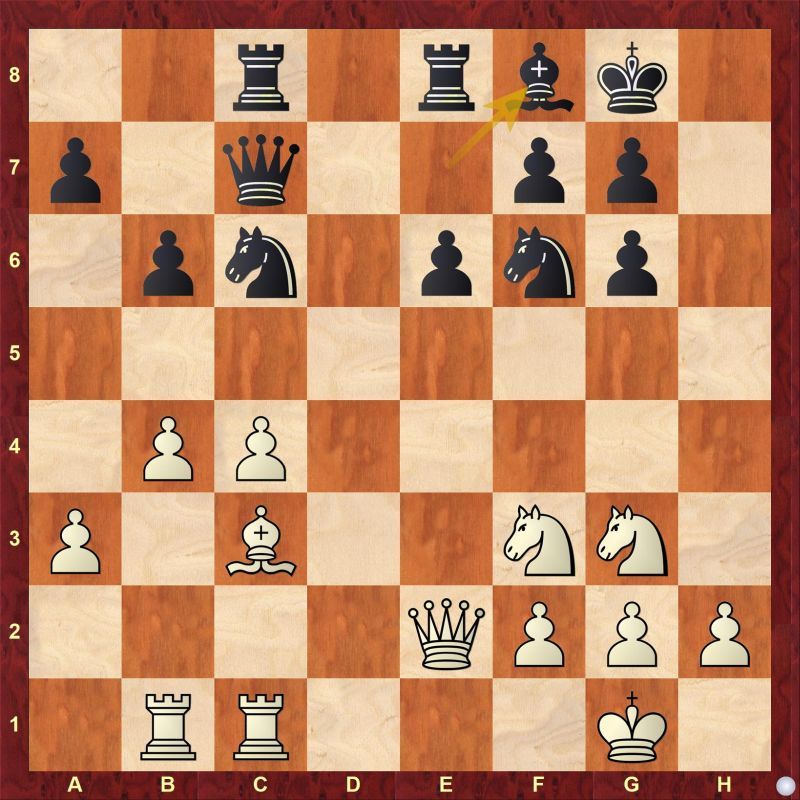 Compared to the last diagram it seems that Black is improving more efficiently the placing of his pieces rather than White. Here White continued with

still perhaps under the illusory search for an advantage. 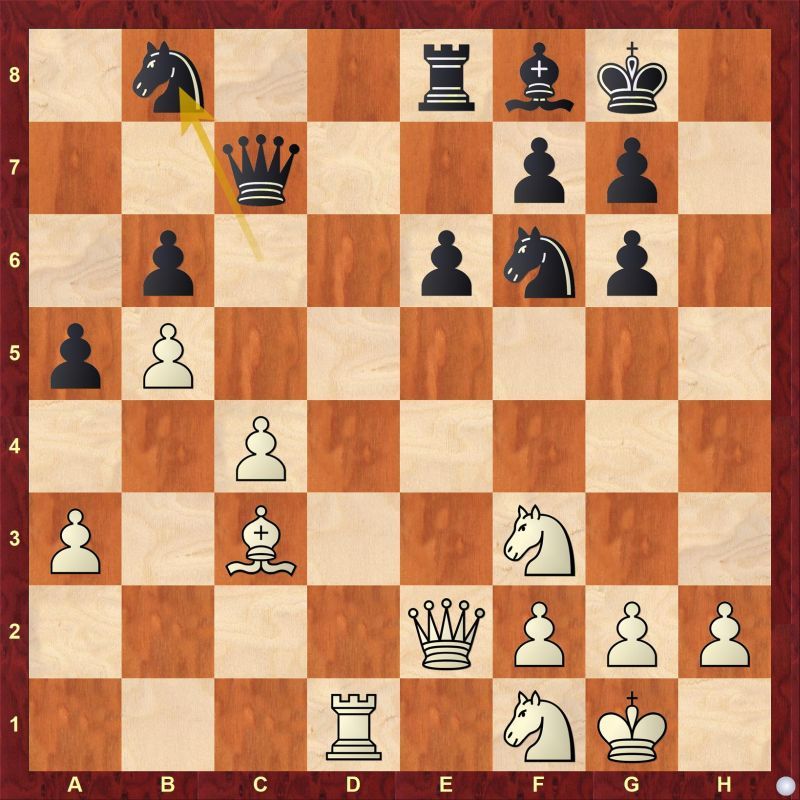 For the second time in the game the Knight retreats to its home square, but his advantage is growing in proportion. Now Black has skillfully tempted White to overreach with his Queen-side pawns. Also important to note that Black has the juicy c5-square for his Knight and he would now slowly but surely divert his attention towards pushing his central majority. In principle the idea seems similar to the Anand-Giri game examined earlier. The game continued for many more moves but Black was successful in the end.

In Conclusion, I would like to thank Aravindh for sharing the rare game which is not available in databases!

And also reiterate the following points:-

Timing is a key aspect of Chess as pointed out by Bobby Fischer.

One has to have Crane like skills knowing when to wait and when to strike.

ChessBase India is happy to see GM Sundararajan Kidambi making his eighth post of the year in his blog "Musings on Chess". Knowing what an encyclopedic knowledge the grandmaster from Chennai possesses, I think we are in for a treat! One can only hope that Kidambi continues writing regularly! We will keep reminding him about it!