Walking a few steps with a future queen

When it comes to talented girls in Indian chess 2007 born Savitha Shri is one of the most prominent. She is the current under-12 World Champion. But for all those following her journey into the world of chess know that she and her family are facing a tough time to make their ends meet. Savitha's father Baskar left his job as an electrician in Dubai and is now travelling around with Savitha to ensure that his daughter gets to play in more tournaments. Reading about the talent of the young girl, and the dedication of the father on ChessBase India, Deepan Subbiah, an engineer and a chess lover in London, decided to sponsor Savitha's two tournaments in Austria. Not only that, he travelled from London to Lienz to see the girl in action and spend some memorable time with her, which he recounts in this beautiful article.

Walking a few steps with a future queen

Chess has been a big part of my life since my dad taught me this beautiful game when I was 10. Through my school and university life, I played in quite a few tournaments and while I was never mixing it with the top strong players, I always enjoyed a game of it at any time. Chasing other ambitions meant that my professional chess career never really took off but the game stays with me and casual online chess is the norm for me these days.

So while my own chess career plateaued early, Chess in India has made massive strides since Viswanathan Anand burst into the scene. With 5 classical world titles courtesy of Vishy and 60 grandmasters, India is now a proud chess powerhouse.

Whats even more exciting is the lineup of fabulous young talent coming up through the ranks. Nihal Sarin, Gukesh, Praggnanandhaa to name a few have come through brilliantly and given elite GMs a scare at a very young age (Yes, Magnus! We are coming for your title!). These are absolutely exciting times for Indian chess. But we can’t let it just be a golden era that fades, we need to make sure that we keep it going and for that there is a need for more strength at the grass roots level that provides budding talent the support they need to make it through into top level chess.

Playing competitive chess in international tournaments is an expensive venture. You might get subsidised accommodation from the organisers but overall trip costs for young players and their guardians when you factor in flights etc. are quite high and for players who don’t have full sponsors yet, these could simply be prohibitive. But maybe us chess lovers can help with providing a platform for those young players where possible?

So when I read Sagar Shah’s article seeking help for Savitha Shri, the girls under-12 world champion, I knew I had to play my role. This was too precious a talent. I reached out to her father Baskar to let him know I would like to sponsor her to play at an international tournament and when he said she was keen on playing at Lienz and Graz in Austria, we had it sorted. What’s more, I made the trip to Lienz from London to see Savitha play in person and get to know more about this budding chess queen.

So after I got to Lienz which is a trek in itself given its location deep in south west Austria and made my way to the playing hall of the DolomitenBank Lienz open, I met Savitha for the first time. Diminutive, unassuming and soft spoken, I could see her eyes sparkle with love and passion for the game. 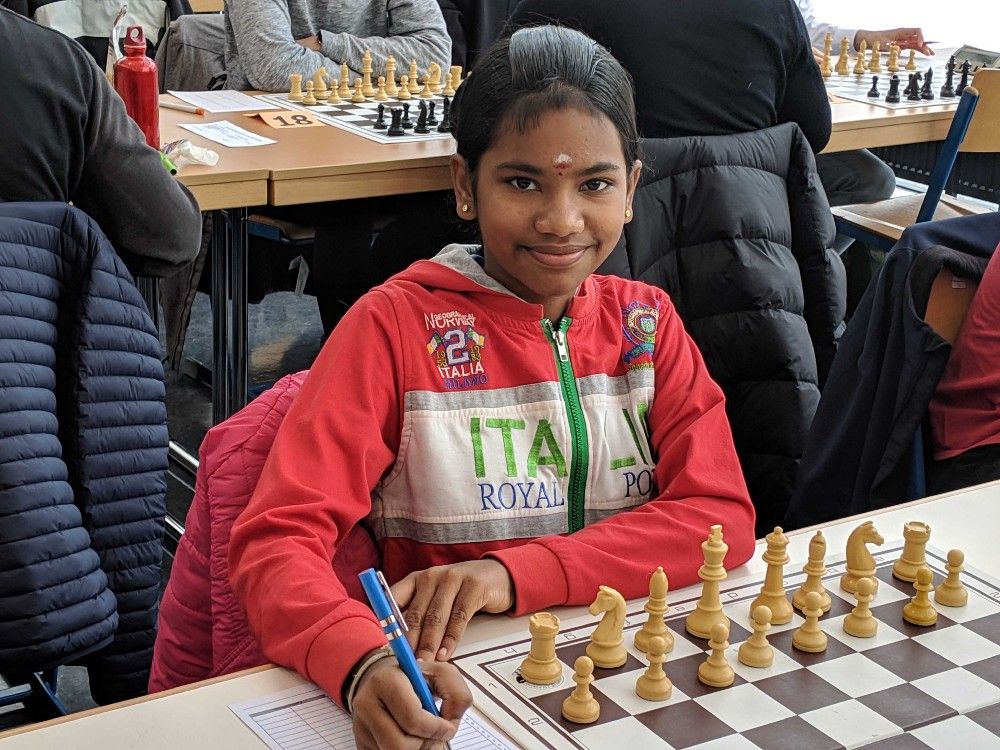 After a few minutes of chat, it was time for round 1. She was paired against a player rated about 450 Elo over her. Playing black, she played bold, positive, attacking chess. In the end, she couldn’t quite convert it to a win but Savitha's opponent would consider himself lucky to have gotten away with a draw. 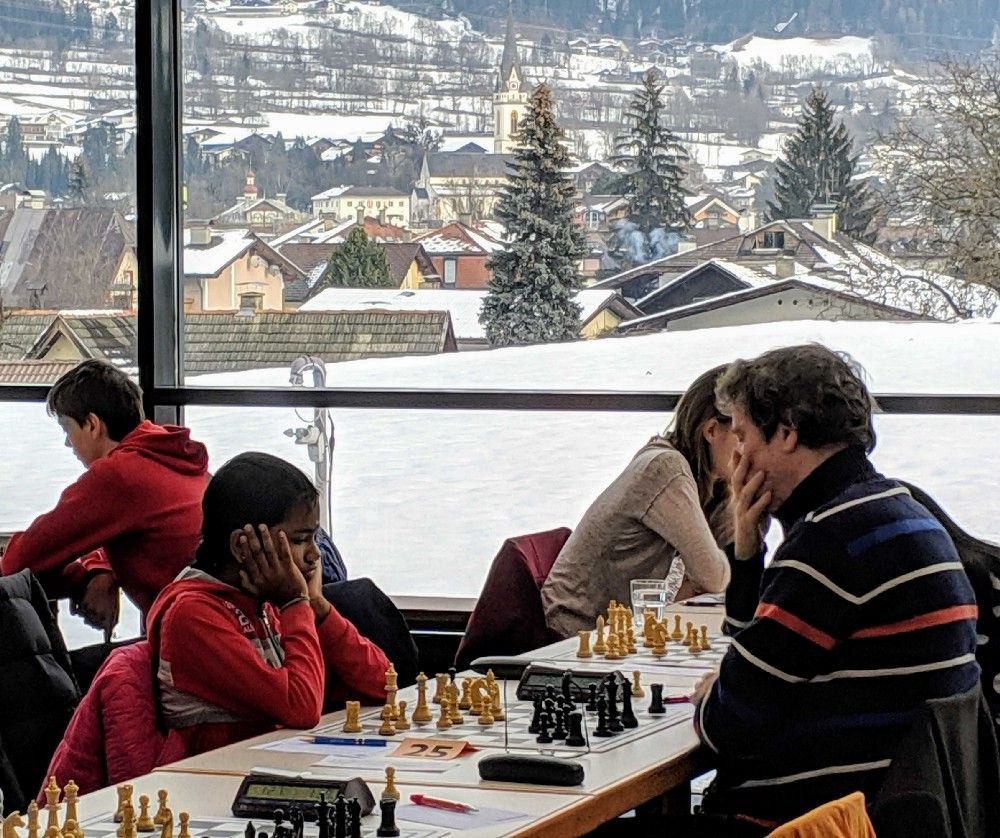 The composure and skill she displayed over the board was incredible for her age, and it has doubled my excitement for India’s new golden generation of young chess players. After the round, we had a quick chat about the game and then her dad invited me over for dinner at their accommodation in Lienz. Baskar’s story is inspirational in itself. He quit his job in Singapore to work full time on his daughter’s chess career and personally cooks her food everyday when she is playing. We sat around and had lovely sambar rice while talking even more chess, how she had played Magnus Carlsen in a simul and had been Anand’s flag bearer to the the stage at the 2013 world championship in Chennai.

I asked Savitha what her favourite openings were. ‘Reti and Sicilian’ came the answer, unsurprising given the style of play I had seen from her. Both open ended, fighting opening choices. She was following the games on the other boards online over dinner and her food had to take the backseat (to the slight dismay of her dad!).

How you deal with failure is as important as how you deal with success. On day 2, there were a couple of defeats to for her to deal with against opponents rated a good chunk above her. Her ambitious style of play leaving a few gaps in defence that her opponents were able to exploit. She analysed those games meticulously to find out where those gaps were opened but when she was back on the board, there was no change to her creative style of play. Just adjustments learnt from the losses.

As they say, you never lose when you learn. Original and unorthodox play can be double edged but when coupled with the right basics, you can really create your own exciting signature approach and still succeed. Take Jasprit Bumrah in cricket and Max Verstappen in Formula 1, they stuck to their own bold, unorthodox styles and are now among the best in class.

While I was camped around Savitha’s board most of the time, I also got to see a battle of generations between Bhagyashree Thipsay and another emerging young star Raunak Sadhwani on board 4. Raunak recently gave Vishy a scare at the Isle of Man tournament before the former world champion wriggled out of a difficult position and eventually won. This specific encounter between Bhagyashree and Raunak ended in a draw. Pranav Anand was also in action at Lienz. 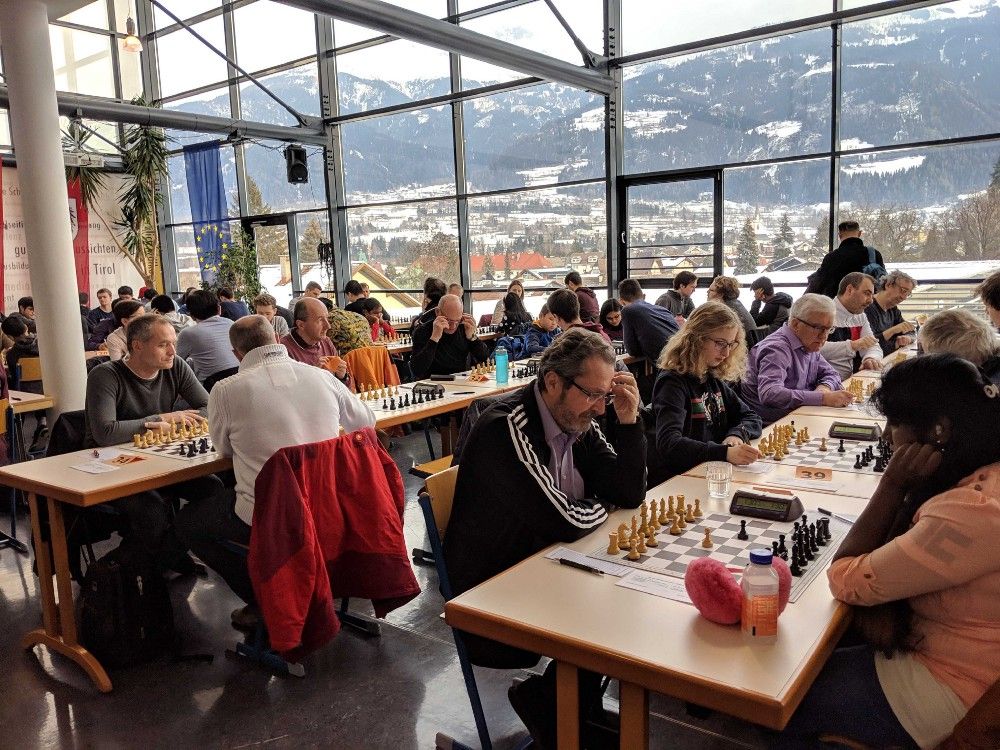 The playing hall has splendid view of the Dolomites

So after having the privilege of watching one of Indian Chess’s top young chess talents up close over 3 rounds, it was time for me to head back home inspired. But this is only the start of her journey, She has a long way to go and there is more help needed for her to play further international tournaments. This is an opportunity for all of us to provide a precocious talent with the platform she needs to progress. Together, we all win. 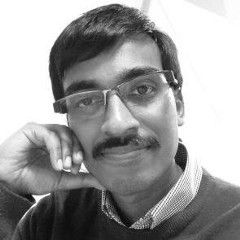 Deepan Subbiah is digital product engineer living in London with a passion for chess. He loves programming, climbing, racing and reading ChessBase! He also writes from time to time on medium.com

Bhaskar, father of one of India's top girl players Savitha Shri, is present at the Commonwealth Championships 2018. We caught up with him and asked him about his daughter's chess career. Savitha is under-9 and under-11 national champion. In order to boost his daughter's chess career he gave up his job as an electrician in Singapore and now travels with his daughter. His only income is through rent and making ends meet has not been easy. Yet, the family powers on!
ChessBase co-founder Frederic Friedel has identified many world class talents like Anand, Short, Polgar, Carslen among others. Look what he has to say about Savitha Shri when he met him in Mumbai in January 2019.
Savitha Shri shows us an important game from the under-12 World Championship in Spain where she won the title. Check out the video to know how talented this 12-year-old girl is.
Savitha Shri won the gold medal in the under-12 girls section at the Commonwealth Championships 2018. She scored 6.0/7. However, there was one round that was extremely important for her to win the title and that was against Sahithi Varshini.
This little girl is just 10 years old, and she is the national under-11 champion! Look at how she calculates and tricks her opponent from a completely losing position. She shares her game with IM Sagar Shah.
Related news: