Vincent Keymer and David Anton Guijarro score the wins in Round 3 of 53rd Biel Chess Festival GMT. Keymer continued his fantastic form as he beat Naiditsch with a fine attack. Although Naiditsch had an opportunity to save the attack but he missed it. Meanwhile Anton Guijarro got a better position out of the opening as his opponent Edouard misplayed the theory. Harikrishna got away with a draw against Studer after he blundered by taking a pawn at the center of the board. Wojtaszek and Adams had an uneventful draw. Keymer leads with 18 points followed by Wojtaszek at 16.5, Adams 15 and Harikrishna with 14.5 points at the conclusion of Round 3. Photo: Biel Chess Festival

Keymer is back in the lead

Vincent Keymer is in terrific form as he got back in the lead after beating Naiditsch in just 28 moves. Naiditsch couldn't capitalize on Keymer's mistake and instead made a bigger one allowing his opponent to seize the opportunity. Keymer is in the sole lead with 18 points. Wojtaszek had an uneventful draw with Adams. Harikrishna got away with a draw against Studer after making a blunder by taking a pawn at the center of the board. David Anton Guijarro picked up the only other win in the round as his opponent Romain Edouard misplayed in the opening. 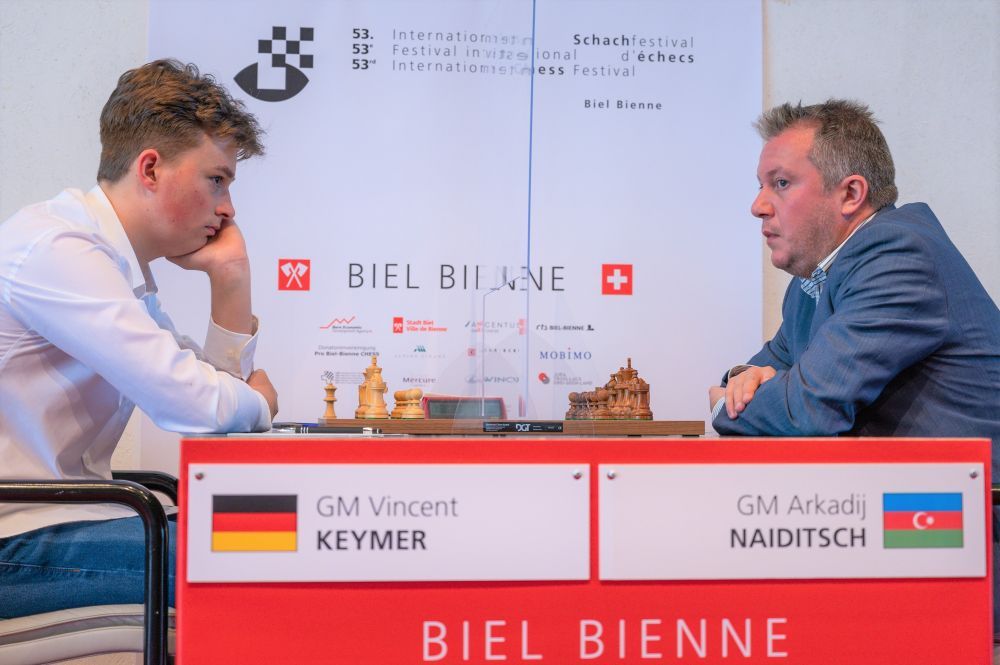 The first decisive game of the round came in the form of Vincent Keymer's win over Arkadij Naiditsch in just 28 moves. Keymer launched an attack which Naiditsch did not handle correctly. 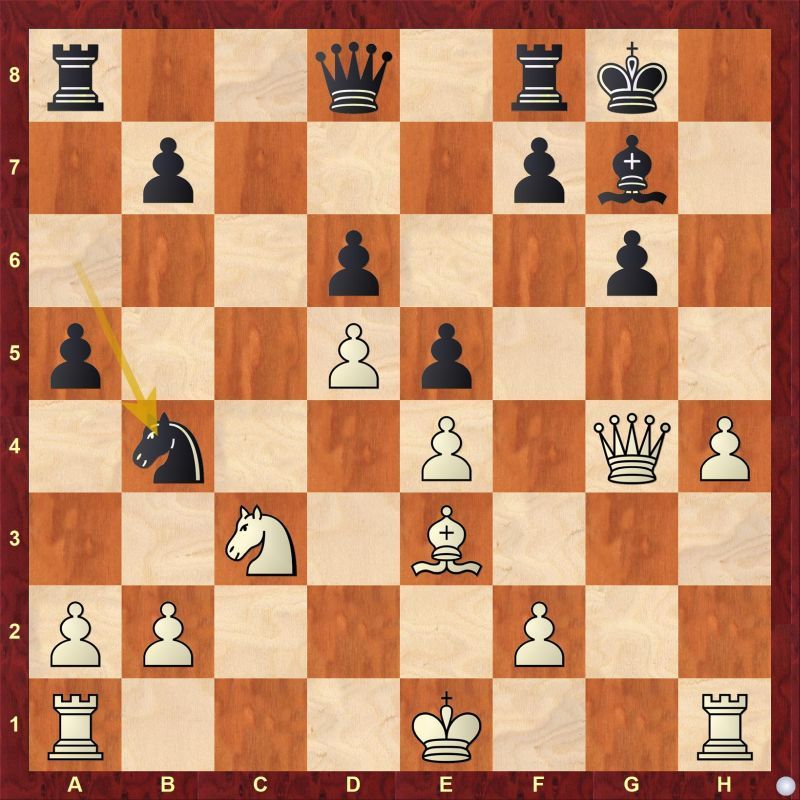 Find out how should white react to Nc2 threat after 16...Nb4 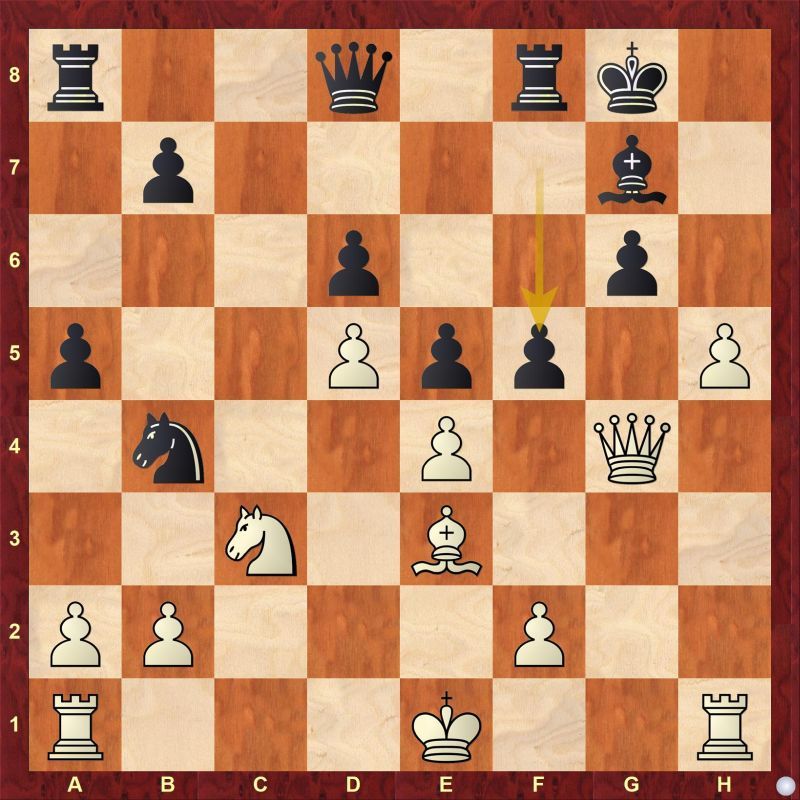 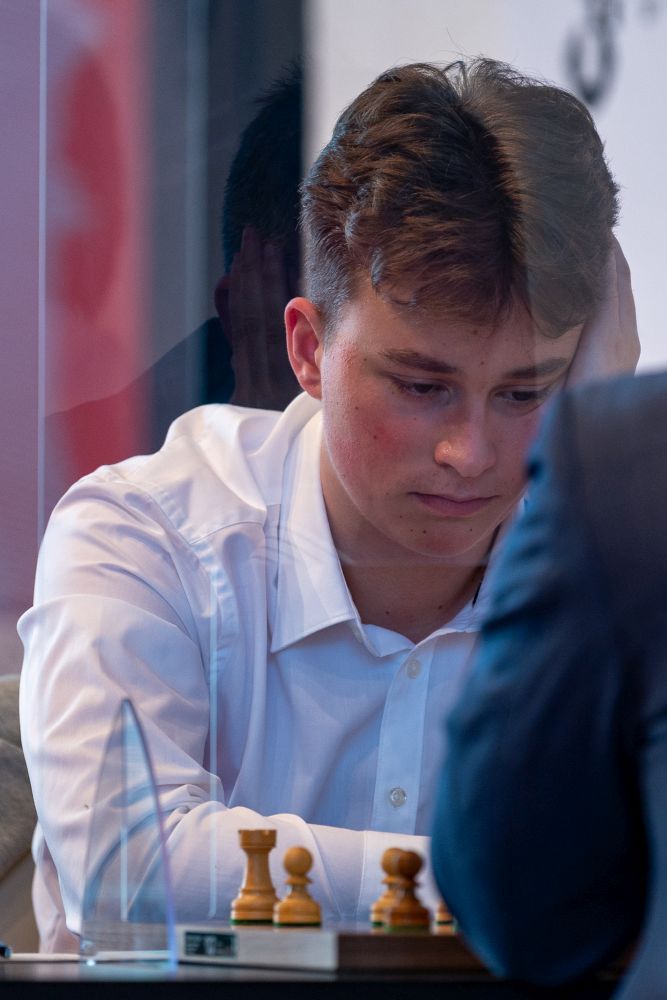 Romain Edouard misplayed in the opening in Nimzo-Indian Classical which allowed his opponent David Anton Guijarro to gain early advantage. He liquidated the position into a favorable endgame which was easy enough to convert into a win. 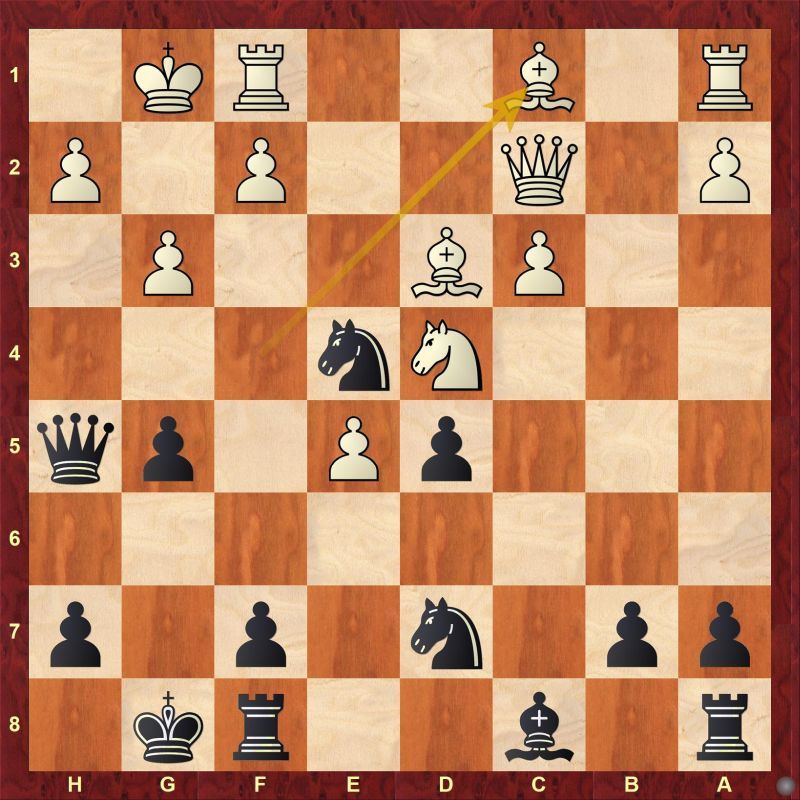 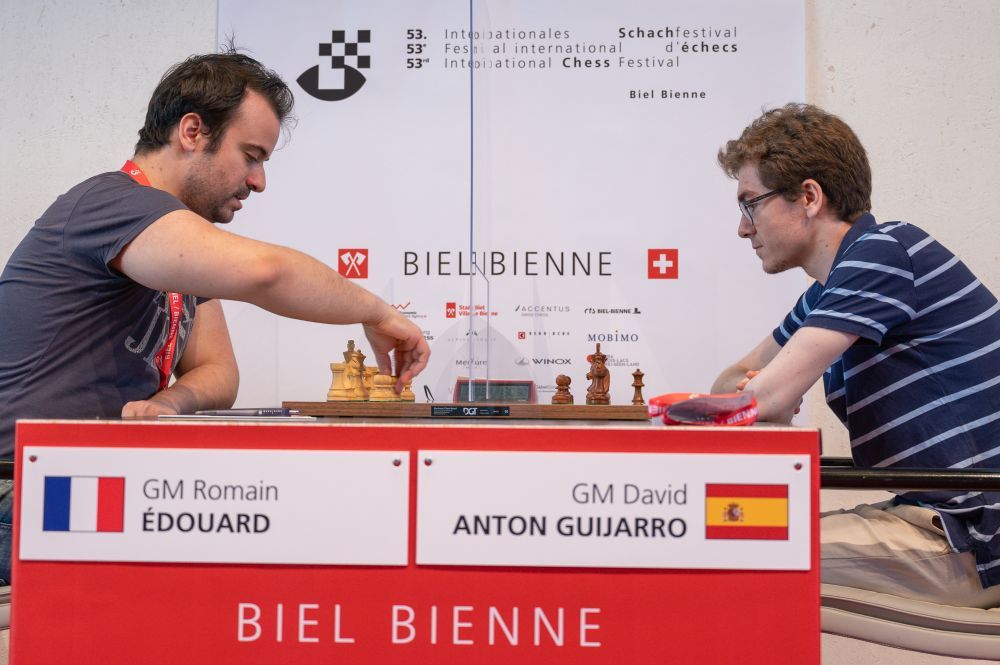 The first game to finish in Round 3 was between Wojtaszek and Adams. It was an uneventful draw. 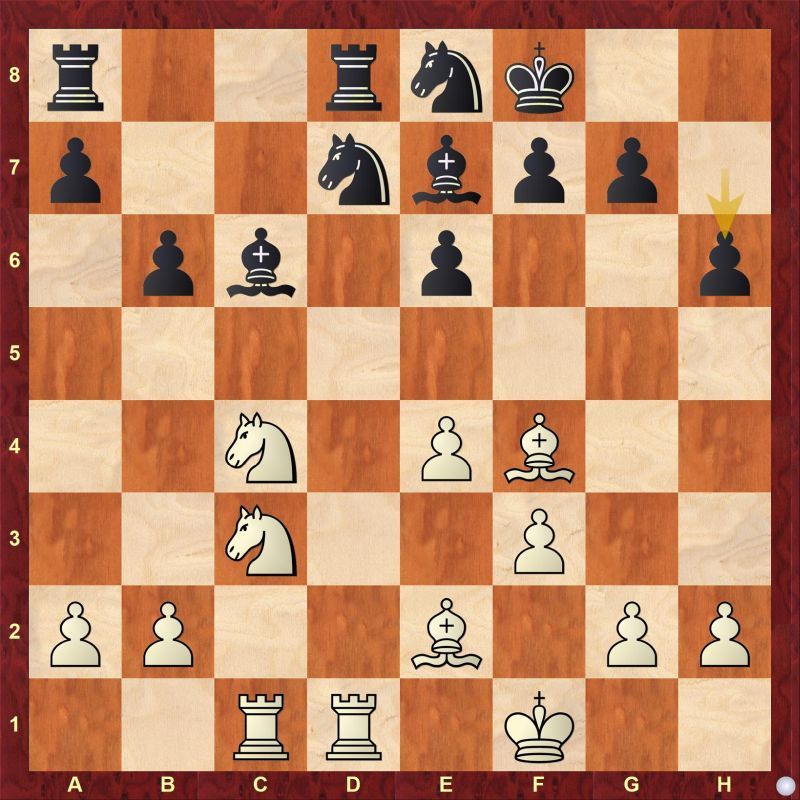 In a post-match interview, Wojtaszek revealed that he thought he should have played 19.Bg3 instead of 19.a3 to avoid bishop exchange with Bg5. 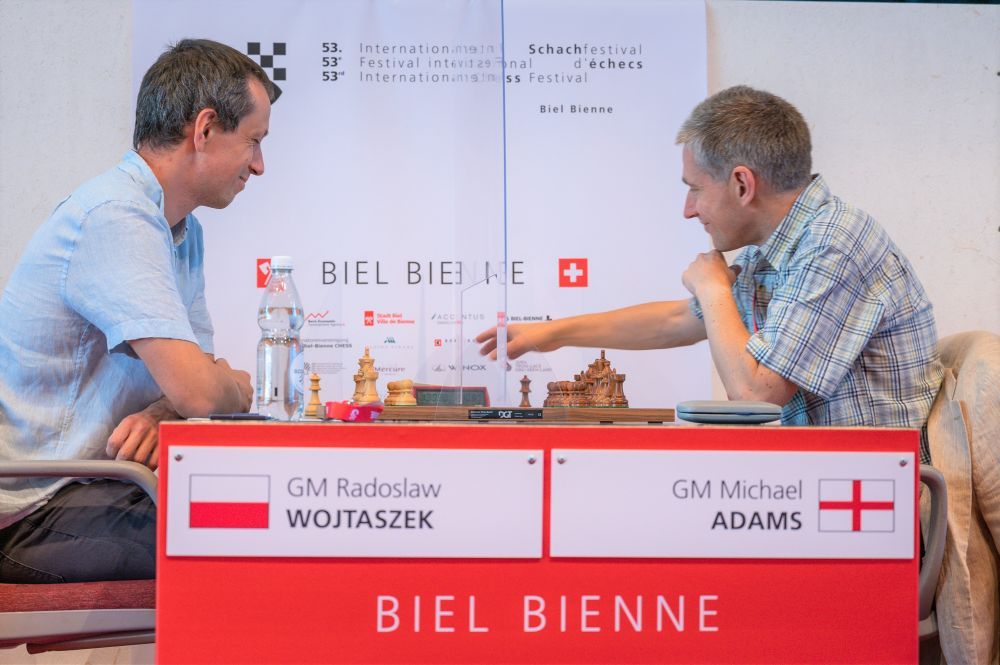 Wojtaszek and Adams were in good spirits both before and after the game | Photo: Biel Chess Festival

The last game to conclude Round 3 was between Harikrishna and Studer. Harikrishna blundered by taking a pawn which made his position worse but his opponent Studer was unable to capitalize on it. 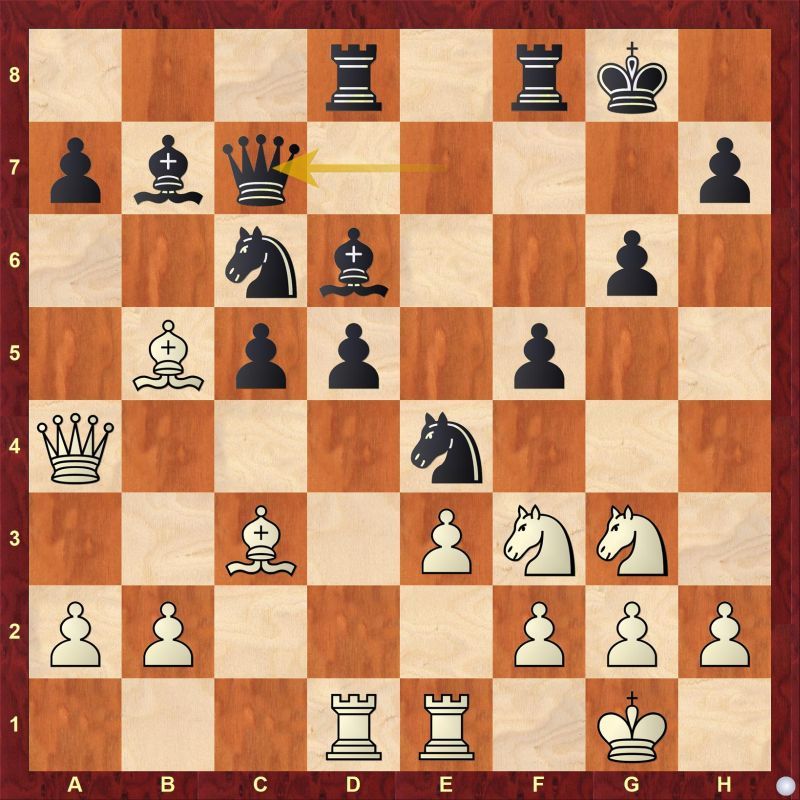 The game continued with 19.Rxd5 which is a mistake. Find out why it is incorrect and what white could have done instead. 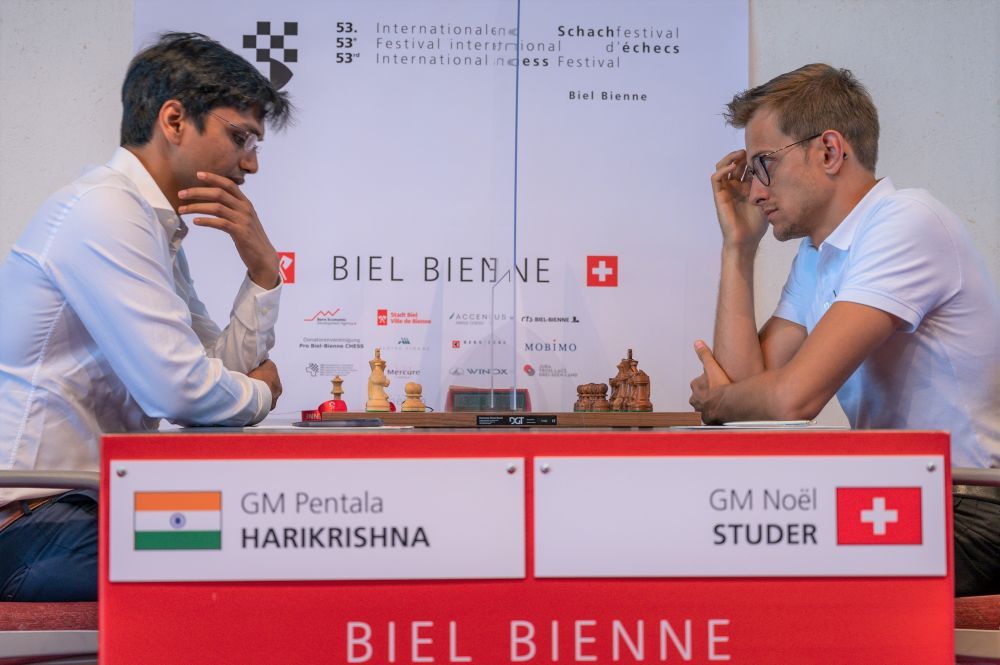 Harikrishna got away with a blunder | Photo: Biel Chess Festival