Michael Adams scores the sole victory in Round 2 against Vincent Keymer. Adams punished Keymer for his positional mistake and later converted the game from a winning Queen ending with a beautiful technique to move to the third position with 13.5 points. Despite suffering a loss Keymer isn't far behind as he is at the second position with 14 points. Wojtaszek jumped into the lead with 15 points after making a draw with Anton Guijarro. Harikrishna is now at the fourth position with 13 points. He made a solid draw with Naiditsch. Top four players are very close to each other within the range of two points. Find out Round 2 games and few key moments in this report. Photo: Biel Chess Festival

Michael Adams scores the sole victory in Round 2 as he defeated the overnight leader Vincent Keymer. Wojtaszek drew with Anton Guijarro to take sole lead with 15 points. Keymer isn't far behind despite suffering a loss. He is at second position with 14 points. Adams jumped to third position with 13.5 points as each win is valued at 4 points in the Classical event. Harikrishna made a solid draw with Naiditsch, he is now at fourth position with 13 points. All top four players are very close to each other and the leaderboard can change at any round. 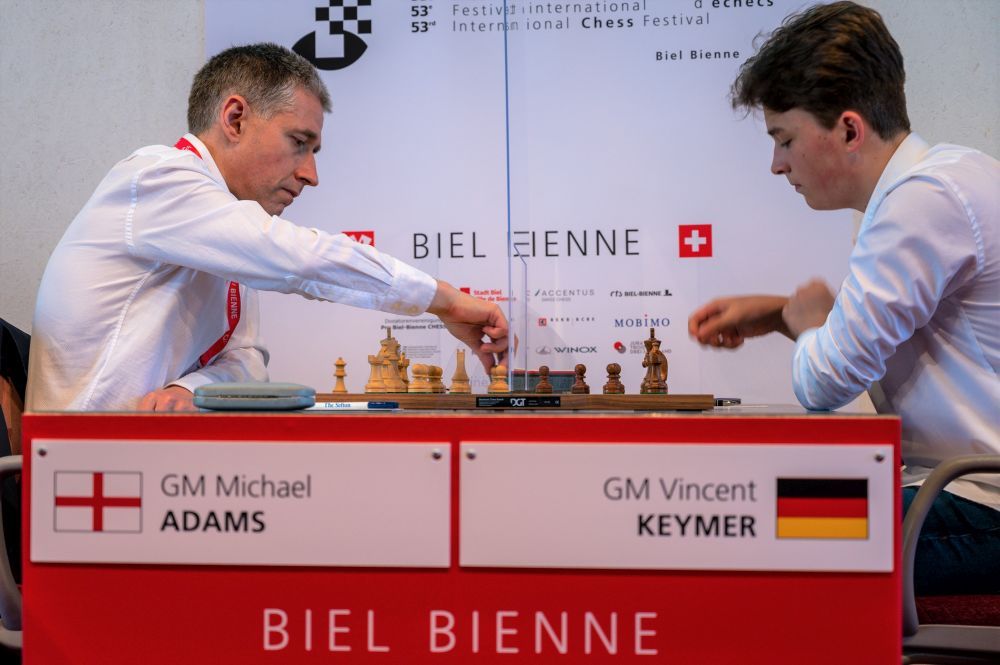 The only decisive game of the round was won by Michael Adams who beat the overnight leader Vincent Keymer. 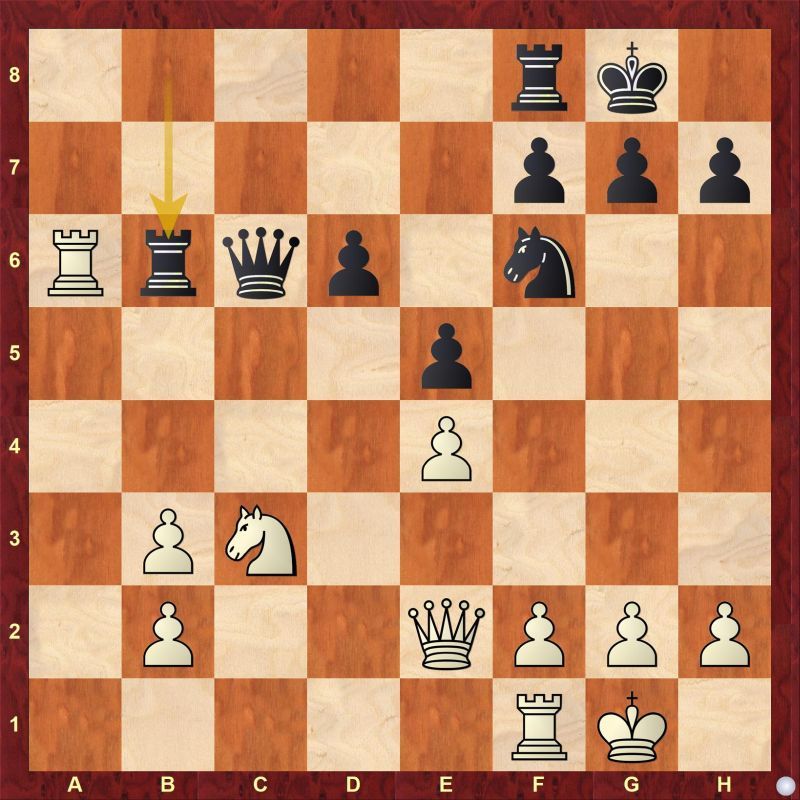 The game continued with 26.Rfa1 but there was a better continuation for white. Can you find it? 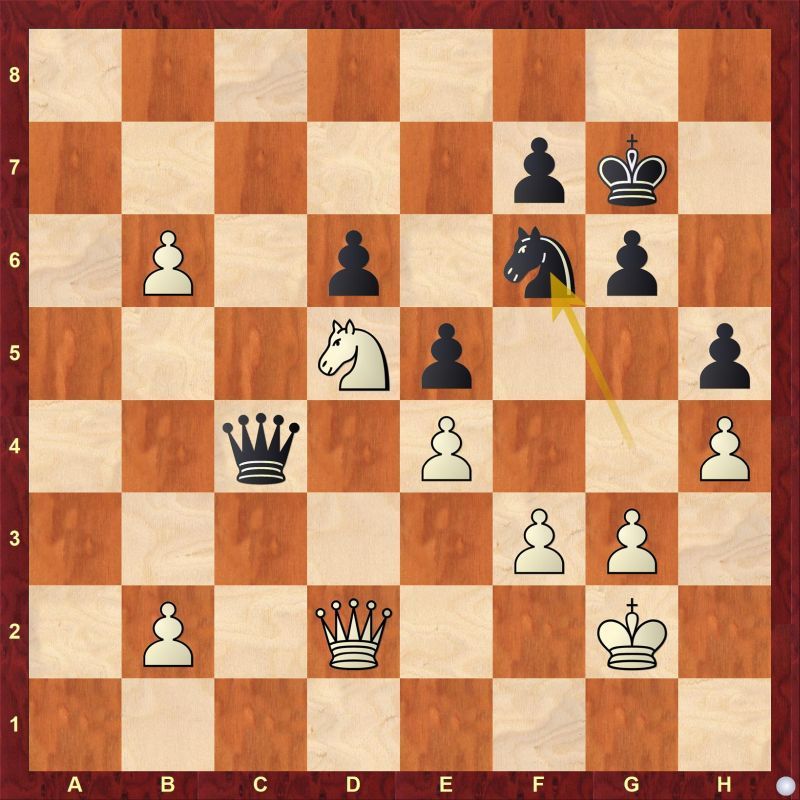 White took on f6 and then grabbed both d6 and e5 pawn. Rest was just a matter of technique and Adams showed a beautiful way to win the already winning Queen endgame. 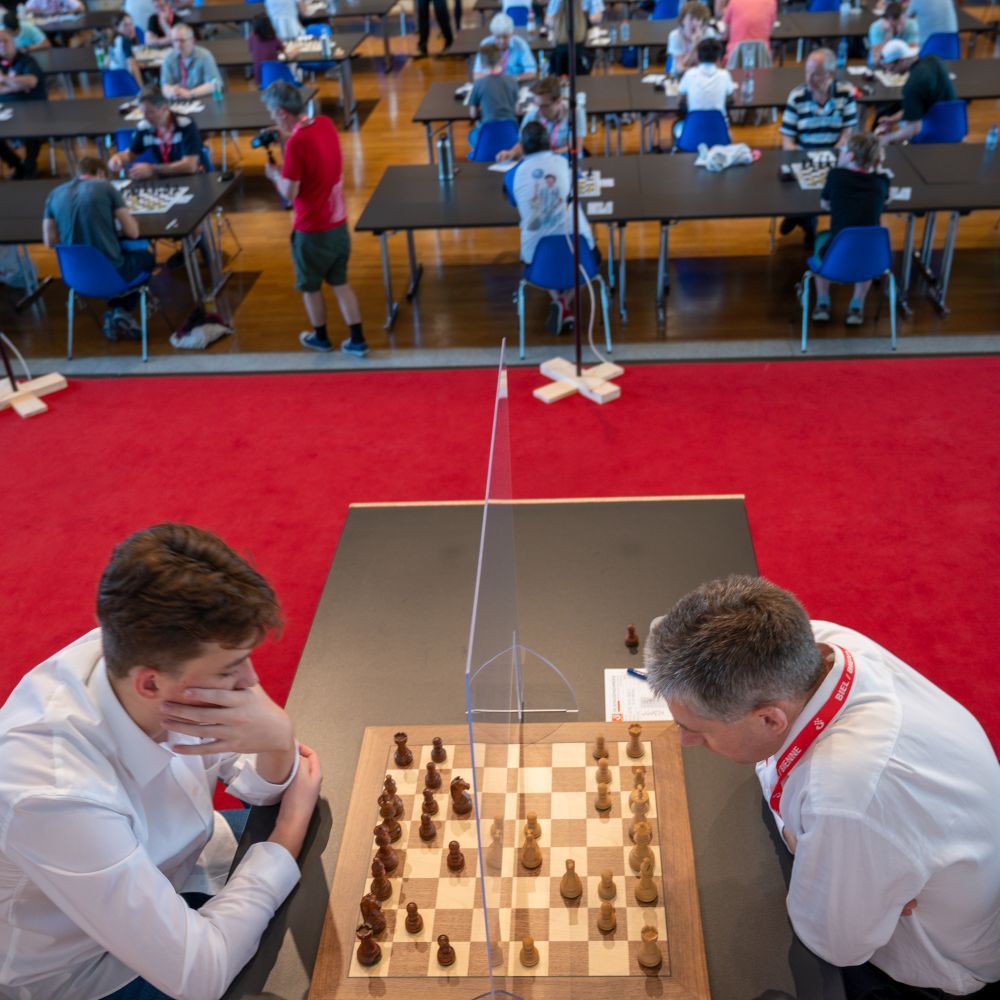 Swiss GM Studer tried to create some chances but unfortunately it was never enough to stir up any kind of trouble for Edouard. 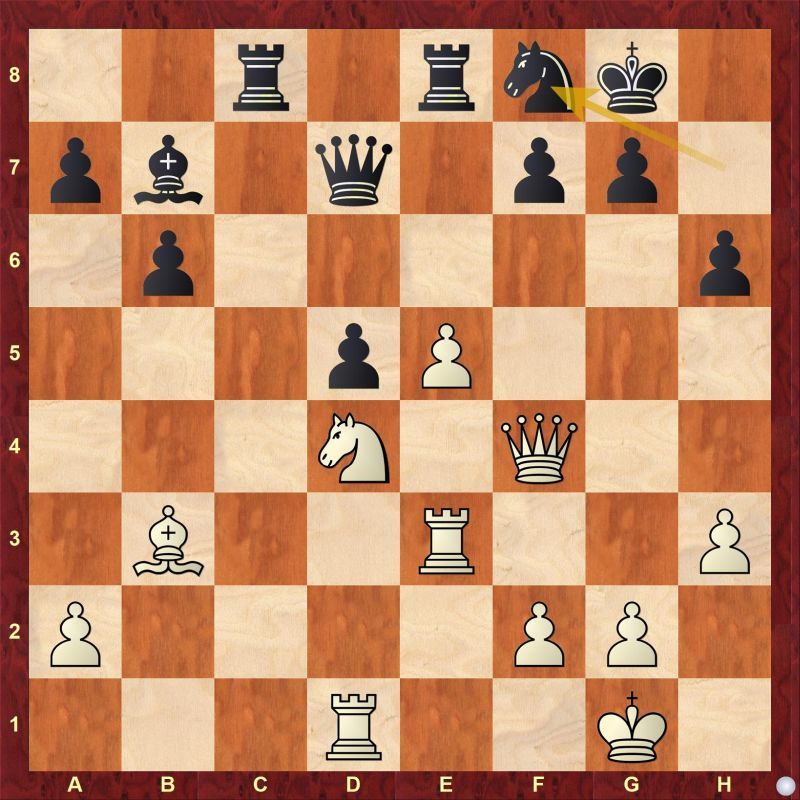 The game continued with 24.Nf5. Perhaps white could have gone for 24.Qg3 followed by f4, f5. It may not have been much but it definitely looks like a promising idea. 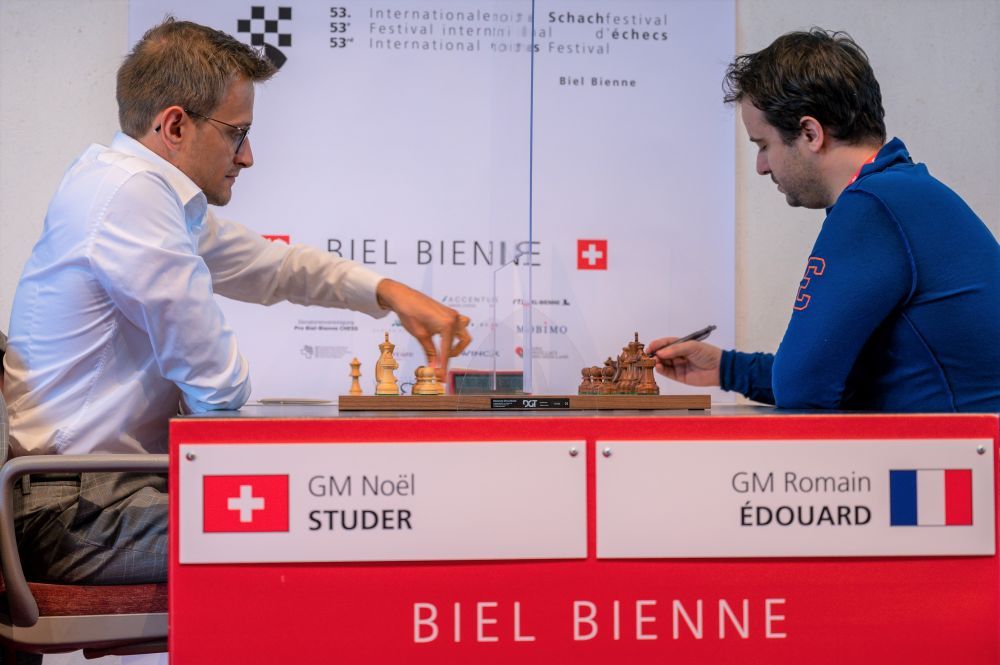 David Anton Guijarro had an uneventful with Radoslaw Wojtaszek. With this draw, the Polish GM took the sole lead with 15 points.

The game between Naiditsch and Harikrishna was almost like battle of the equals. Neither side was able to gain any substantial advantage over the other. Naiditsch was looking to create chances as he pushed with the white pieces but Harikrishna made sure nothing befalls his position. 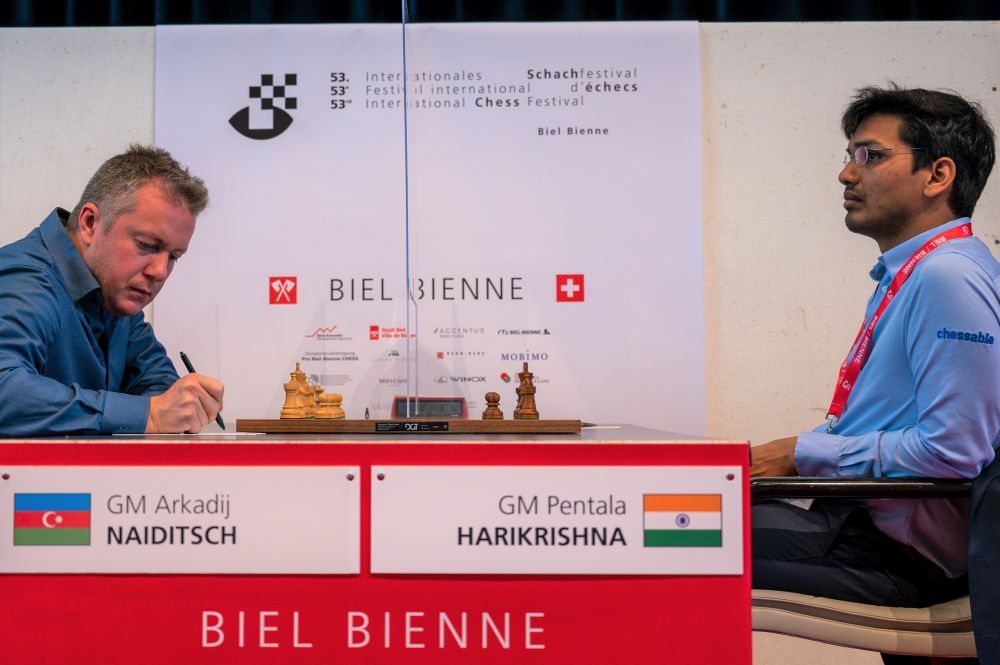