Harikrishna is one step closer to the championship

Harikrishna scored a clinical win against Romain Edouard to reduce the gap between him and the tournament leader by a half point. Wojtaszek making a tepid draw with Keymer definitely helped increase Harikrishna's chances. Adams defeated Studer in Round 6 to maintain his third position. He is not out of the title hunt either. Keymer can be safely ruled out of the title picture as even if he beats Edouard in the final round, he will still not be able to surpass the leader to win the tournament.

1. Harikrishna must beat Anton Guijarro in the final round and Noel Studer must hold Wojtaszek to either a draw or beat him.

2. If Harikrishna draws then Wojtaszek must lose and Adams also needs to either lose or draw with Naiditsch.

Since there is no mathematical possibility of Harikrishna making a tie with either Wojtaszek or Adams, the chess960 standings which is the tie-breaks will not come into effect.

Harikrishna scored a clinical victory over Romain Edouard in Round 6. 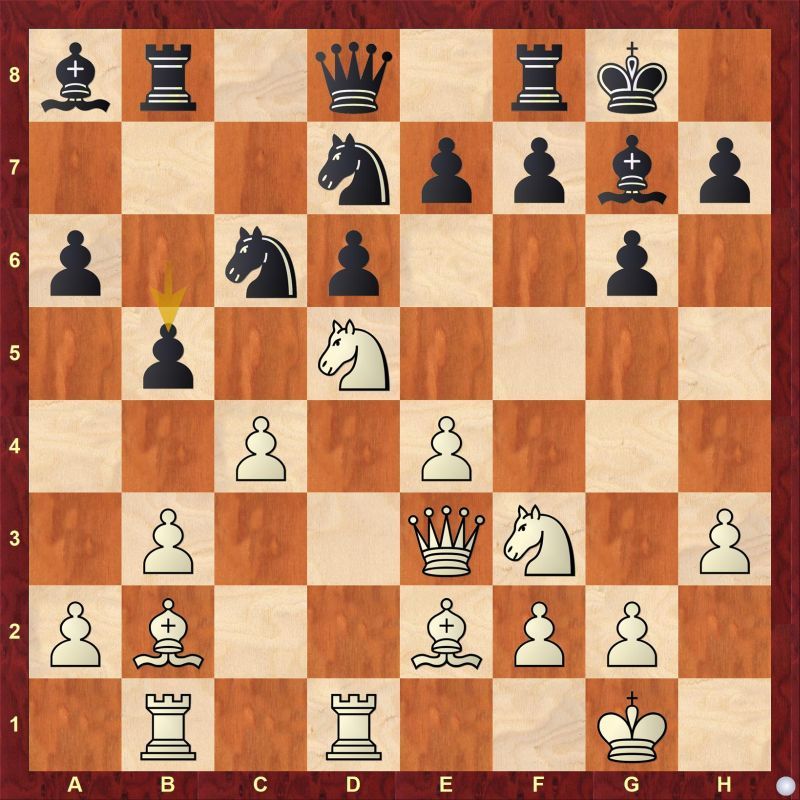 The first mistake which Edouard made was to play 15...b5. Find out why it is a mistake and what he should have played instead. 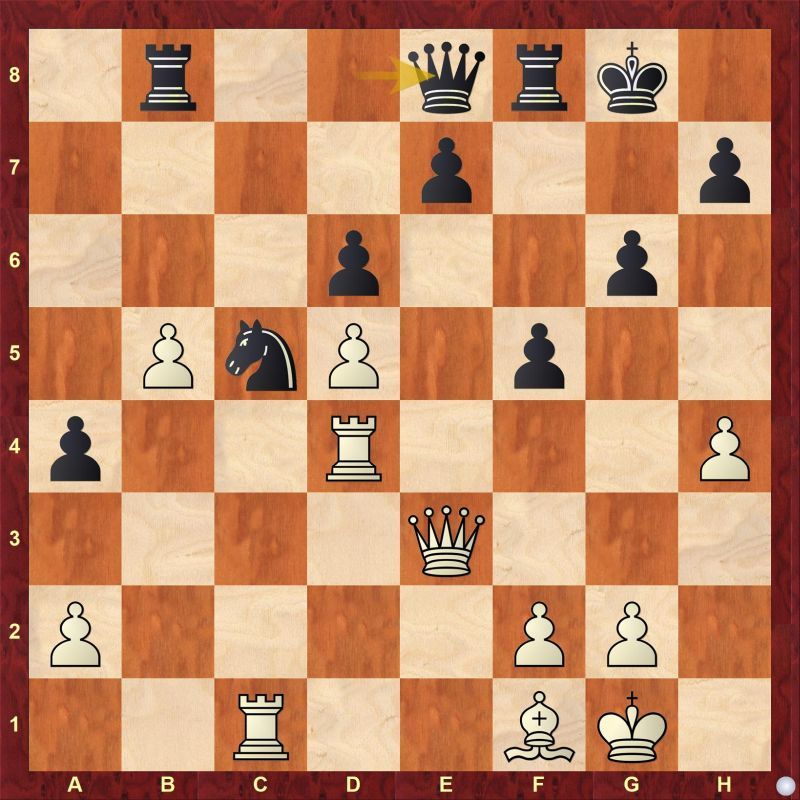 It is evident that white has a substantial advantage in this position but it's time for white to take it to the next level. Find out the best continuation for white after 27...Qe8 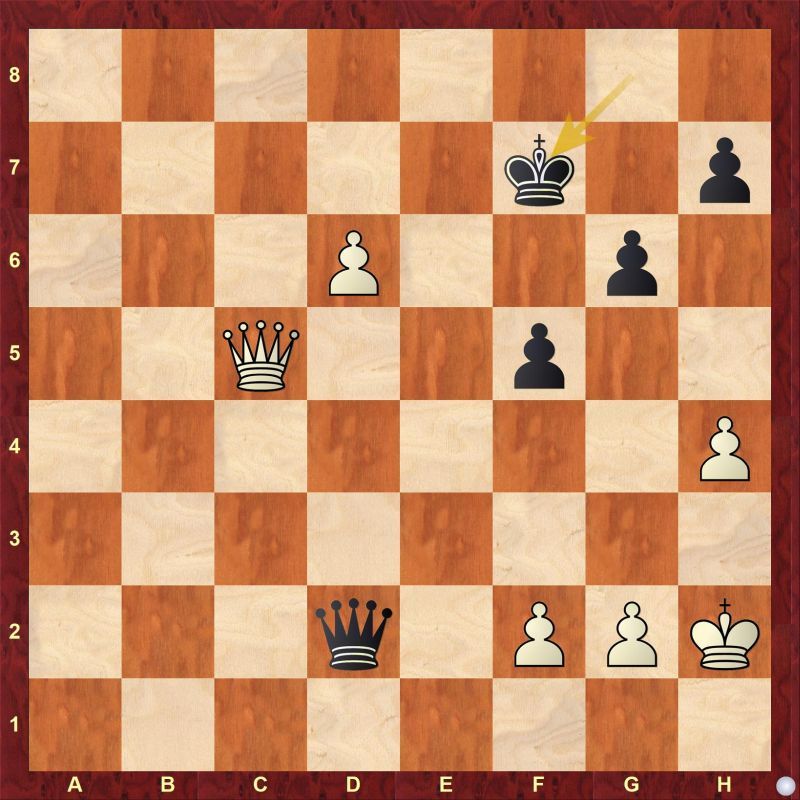 The game continued with 37.f3 and white won the game in another seven moves. Can you find a better and quicker win after 36...Kf7 ?

The highly anticipated game of the tournament between Keymer and Wojtaszek lacked fireworks and the result was an obvious draw. 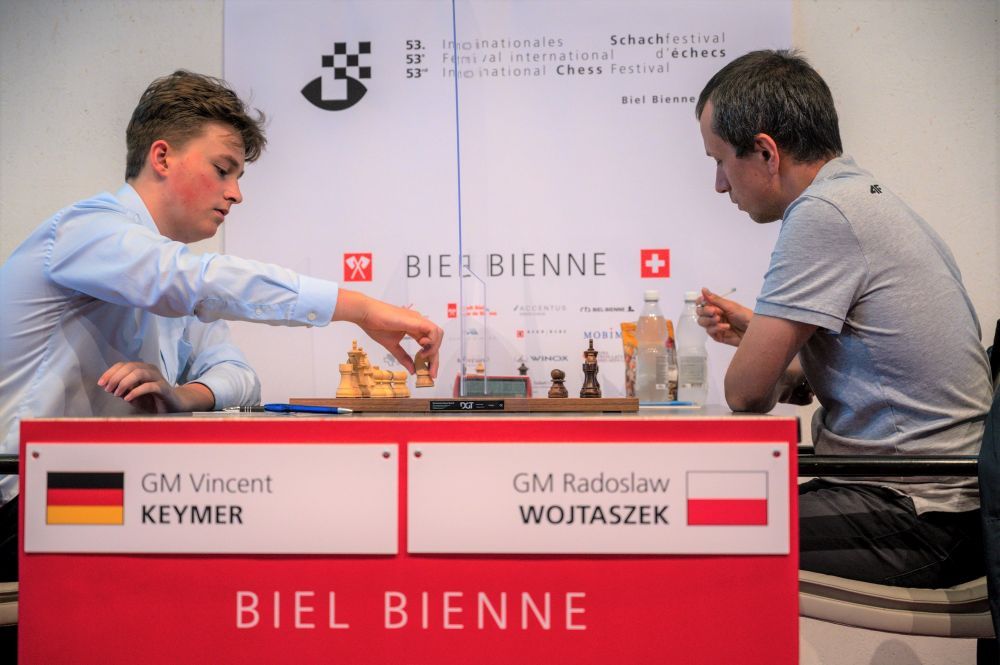 Studer opted for the 7.c5 line in QGD. Much to his chagrin, he was unable to get any advantage out of the opening. 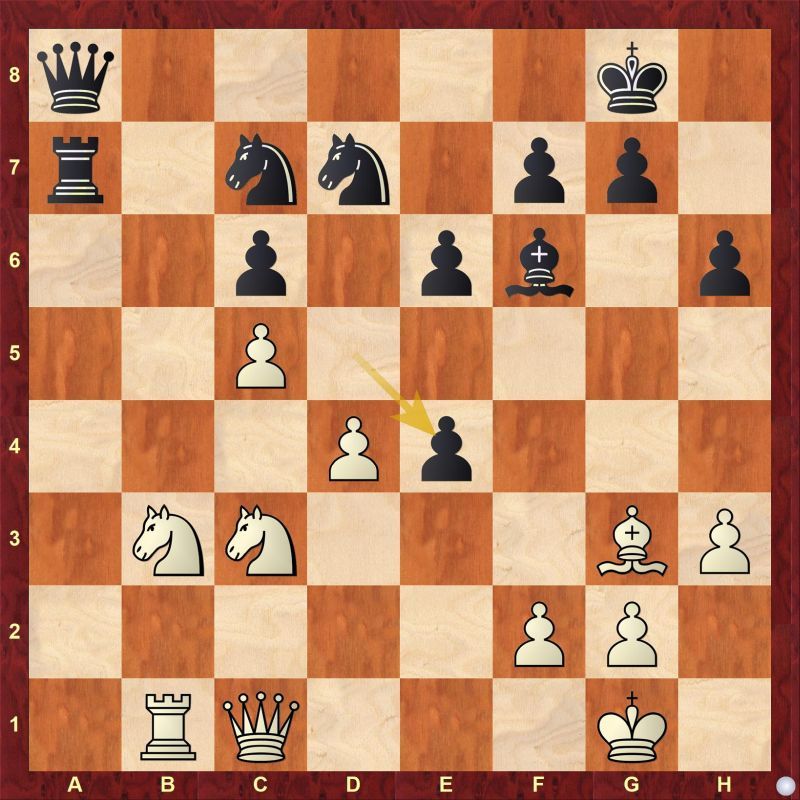 The game continued with 26.Nxe4 which was certainly not the best continuation for white. Find out what white should have done instead. 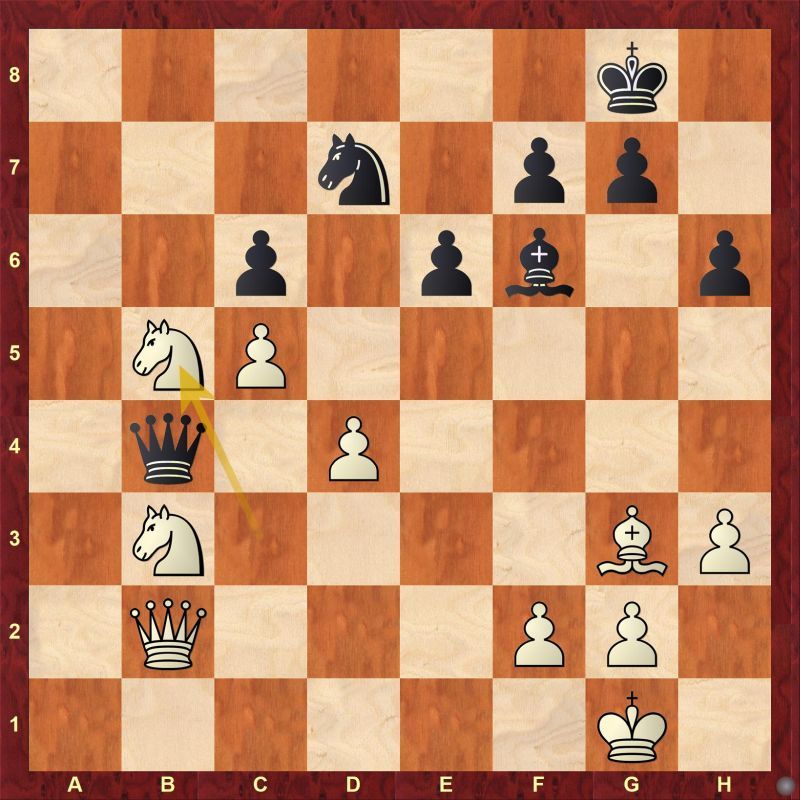 White is banking on black to recapture on b5, but black is not forced to take on b5. What is the best move for black after 31.Nxb5 ? 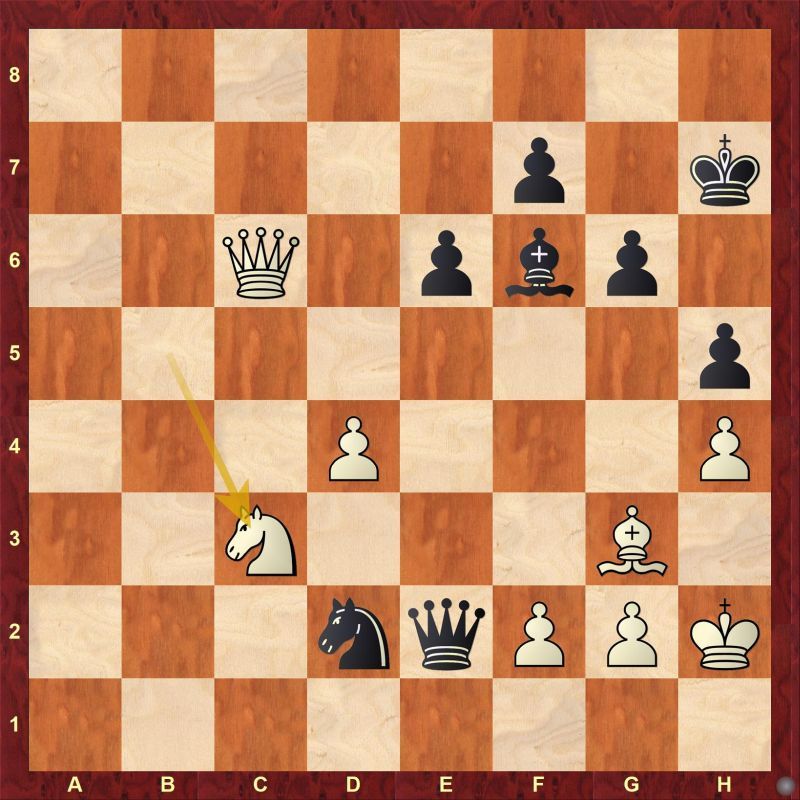 The final mistake made by white was 39.Nc3. Find out the winning continuation for black. 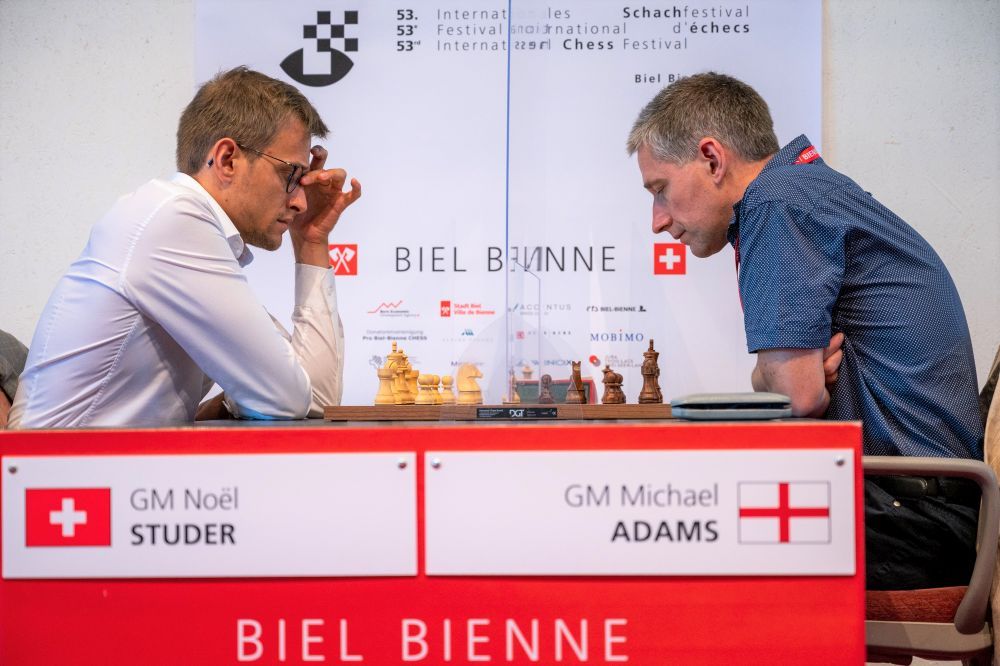 At one point in the endgame, Anton Guijarro was in complete control but a tiny misjudgment shifted the balance in Naiditsch's favor and brought equilibrium. 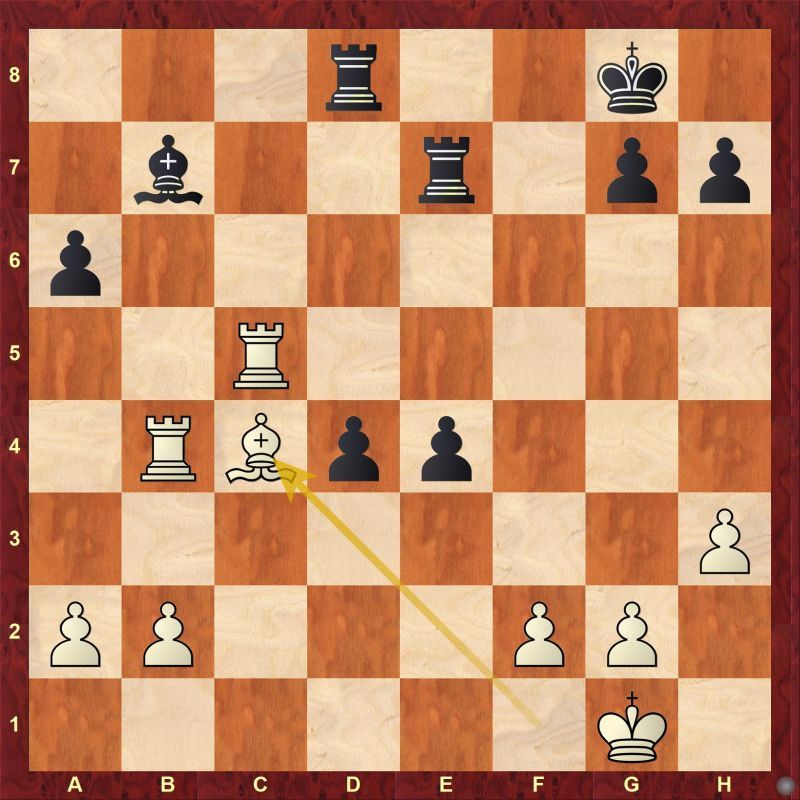 The general logic dictates us to bring the king towards the center during the endgame, well this time the counter-intuitive 27...Kh8 was the better choice for black here. 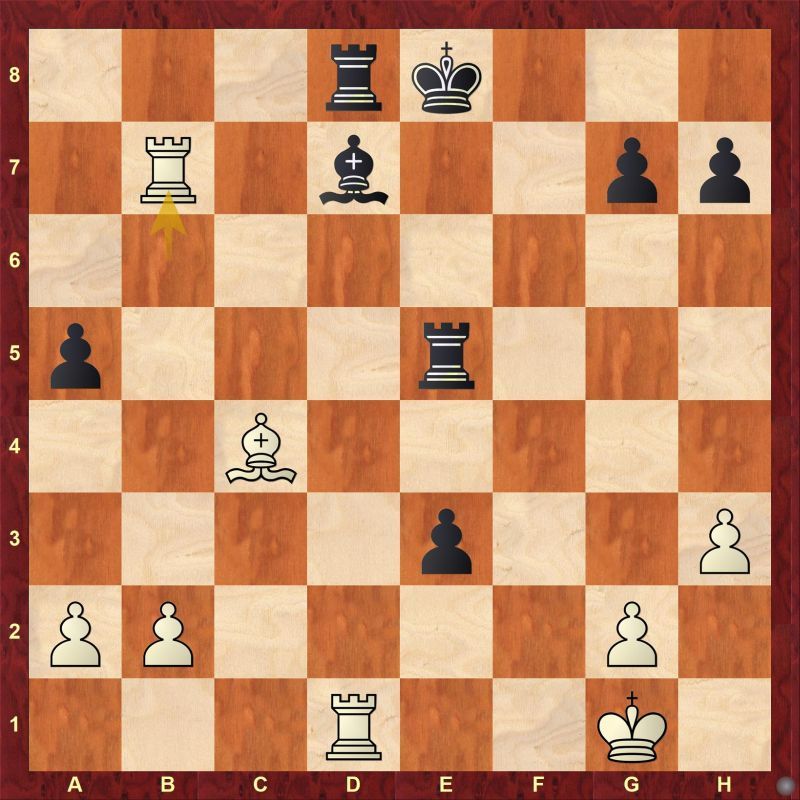 White managed to get some counterplay, despite black having a passed pawn at e3, black can't do much. But black is not in trouble either. Find out the best continuation for black after 35.Rb7. The game continued with 35...Rc8 and then white seized the opportunity with 36.Rdxd7 and won the game in the next six moves. 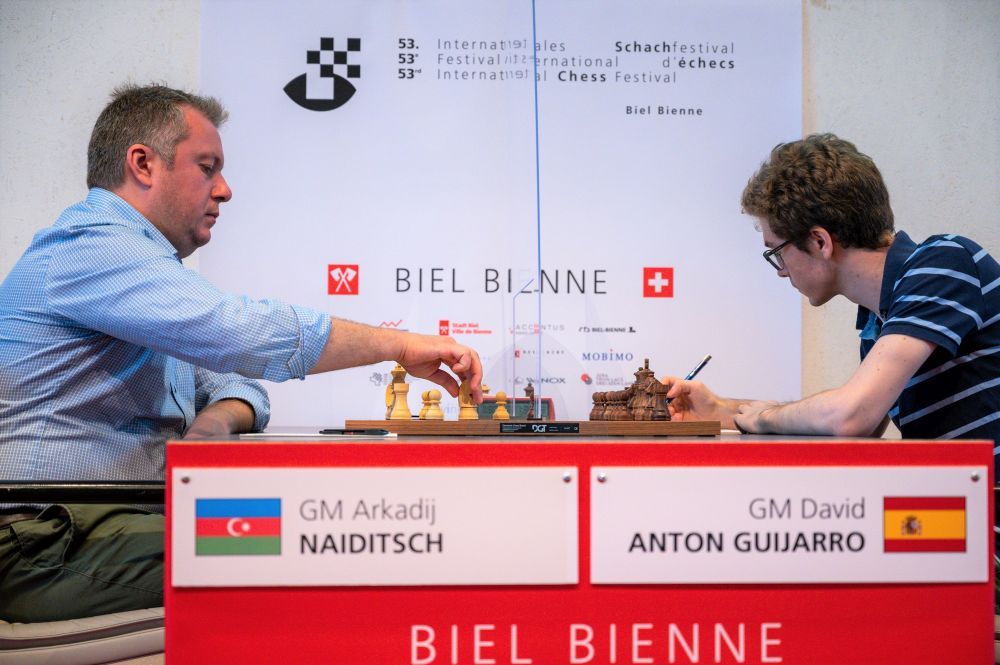 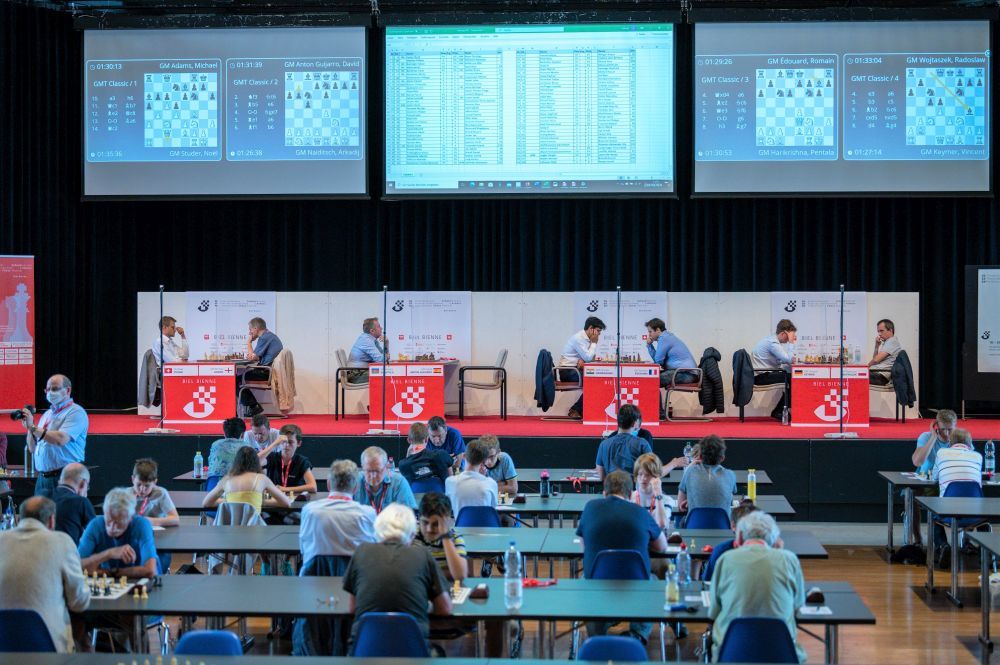