Biel GMT Round 5: Harikrishna scores a brilliant win against Wojtaszek

Harikrishna scored a much needed victory with the black pieces against Wojtaszek in Round 5 of 53rd Biel Chess Festival GMT. This win made sure that Harikrishna remains in the title fray and he is now just three points behind the leader Wojtaszek. Adams suffered a loss against Anton Guijarro. The Spanish GM found his form back in the Blitz event. Keymer scored a comfortable victory against Studer. He will face Wojtaszek in the penultimate round today which will definitely play a huge role in deciding who stays in the title hunt. Edouard missed a couple of good chances against Naiditsch. Harikrishna will face Edouard today in Round 6. Who do you think will come out at the top in the Harikrishna-Edouard game today? Photo: Biel Chess Festival

After having a forgettable performance in the Blitz event, Harikrishna made the most out of the rest day and played fantastic to beat Wojtaszek in Round 5 of 53rd Biel Chess Festival GMT. With this win, Harikrishna made sure that he remains in the championship fray. Wojtaszek is still the sole leader of the tournament with 31.5 points, Harikrishna reduced the gap and now he is at 28.5 points. Anton Guijarro continued his good form from the Blitz event and beat the legendary Michael Adams. Even after suffering a loss, he is still in the third place with 27.5 points. Vincent Keymer scored a comfortable win against Noel Studer and he is now at 26.5 points. Keymer will face Wojtaszek in the penultimate round which will have heavy implications on who will be one step closer to the championship. Edouard missed a couple of chances against Naiditsch. Harikrishna will face Edouard today in Round 6. 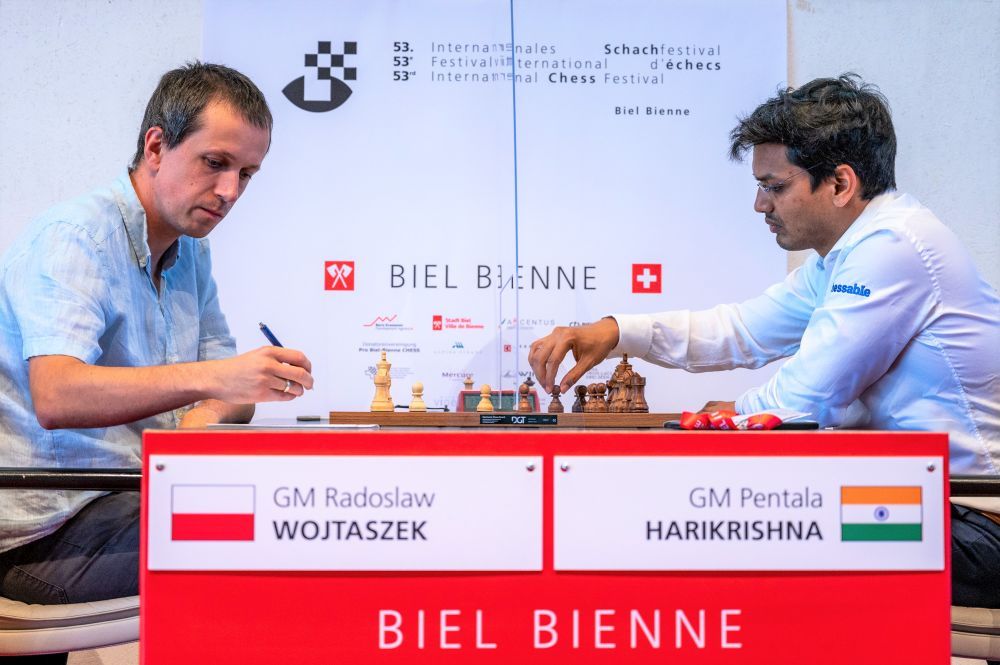 Harikrishna defeated Wojtaszek by launching a devastating and forcing his opponent to make mistakes. He executed some pawn sacrifices which can only be comprehended by humans, not computers. 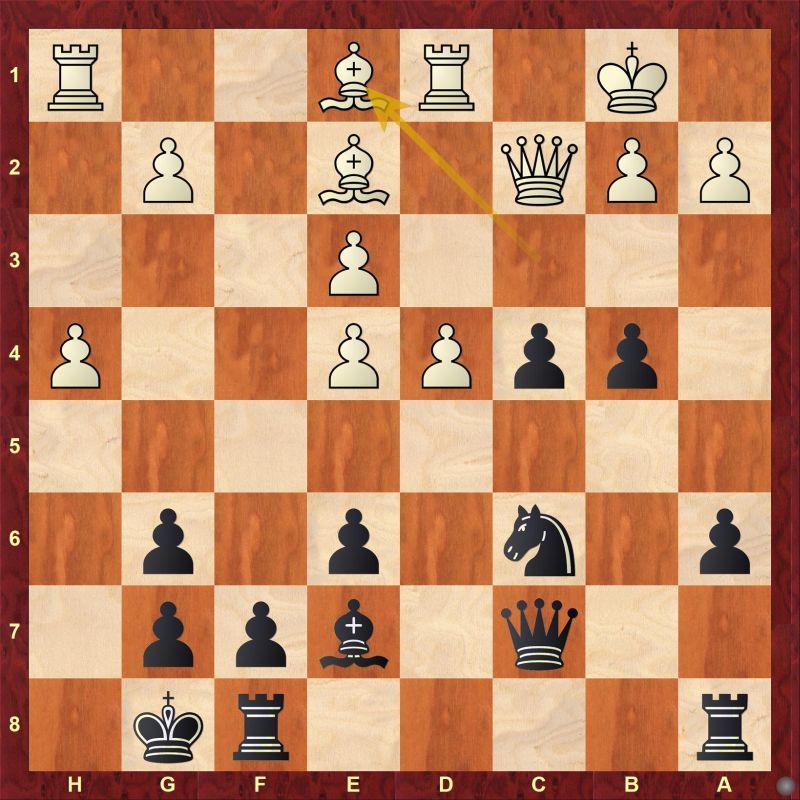 Find out what should black do after 20.Be1. The position definitely looks promising for black as he got both c4 and b4 with tempo. 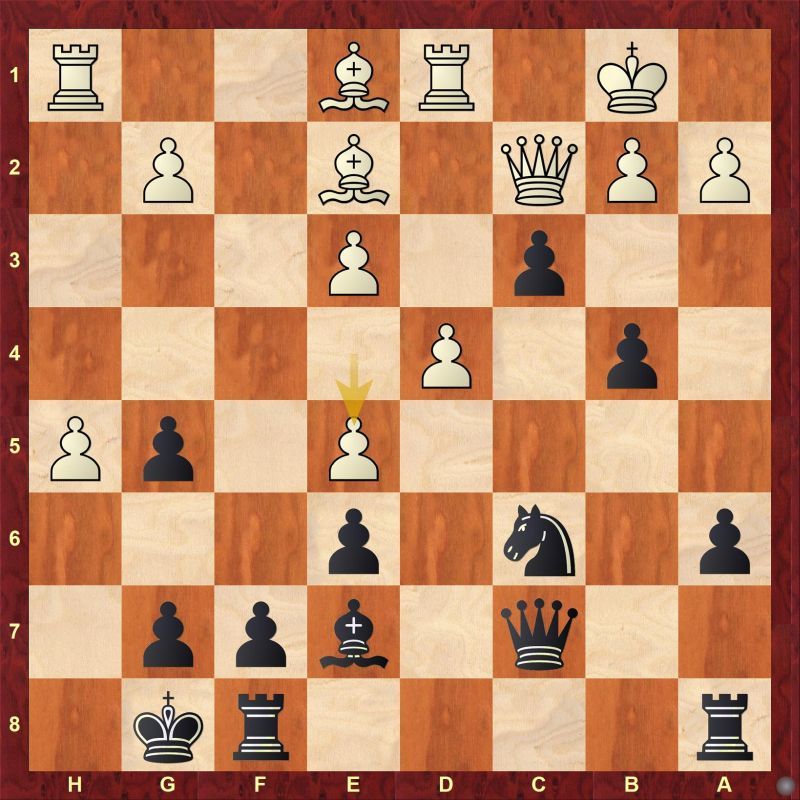 White has a nasty threat of h6, hxg7 and then Qh7. Of course practically that would not be easy to execute, but black needs to do something right now before it's too late. What should black do here after 22.e5? 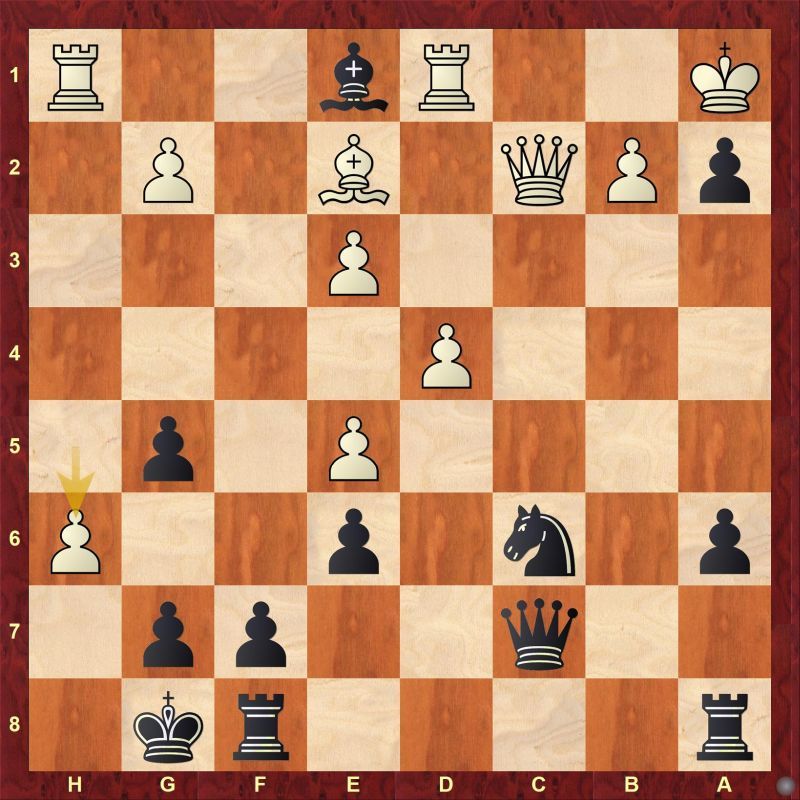 Wojtaszek's final mistake in the game was 26.h6. Can you find out why? It is a mistake because the idea behind h6 does not work if black finds the correct continuation.

Game of the day definitely goes to Harikrishna for his brilliant win | Photo: Biel Chess Festival

Studer got a cramped position early in the middlegame which gave him very little space for his pieces to move around. Eventually he made a mistake which cost him an exchange. 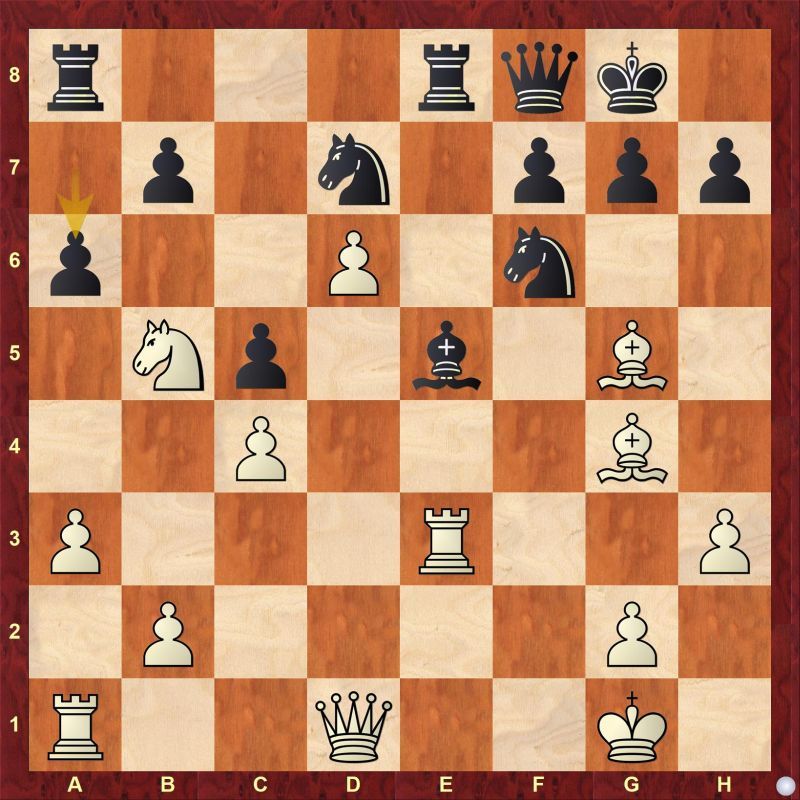 Find out why 19...a6 is a mistake and what black should have played instead. 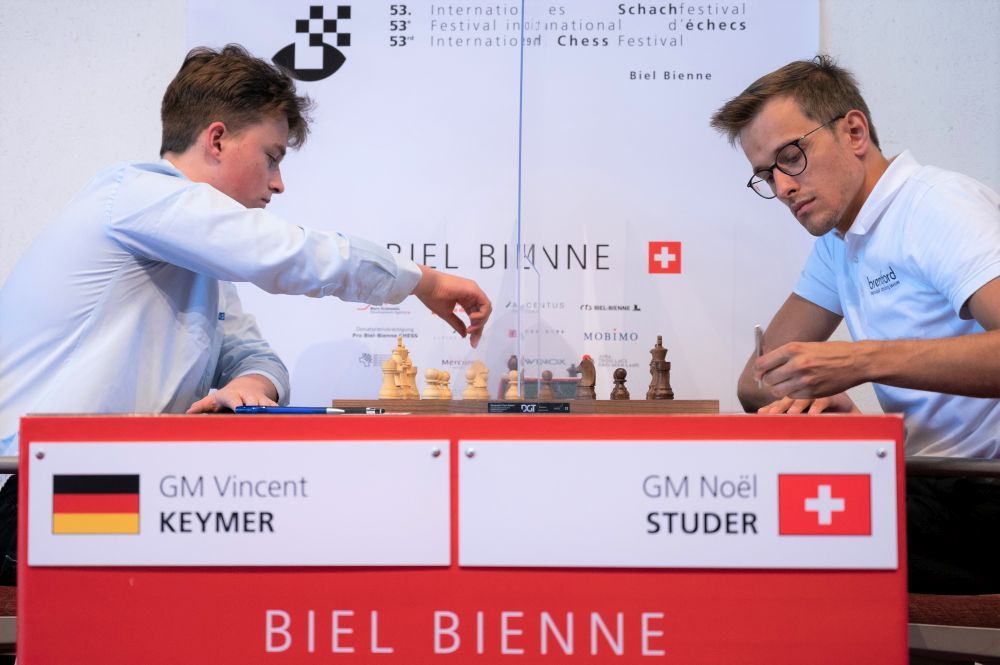 David Anton Guijarro continued his good form the Blitz event and kept pushing for advantage against Adams in English Opening. Adams eventually made a desperate break in an already difficult position. 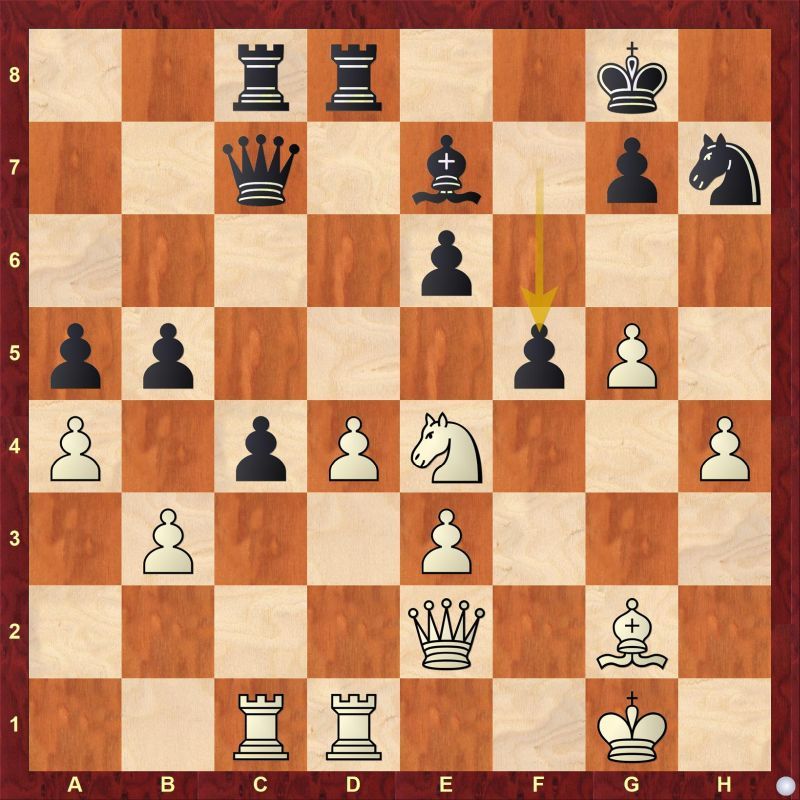 The breaking point in the game was definitely 36...f5. In an already difficult position, f5 only made things worse for black. Anton capitalized on it correctly and went on to convert his advantage without any difficulty. Find out the best continuation for white after 36...f5 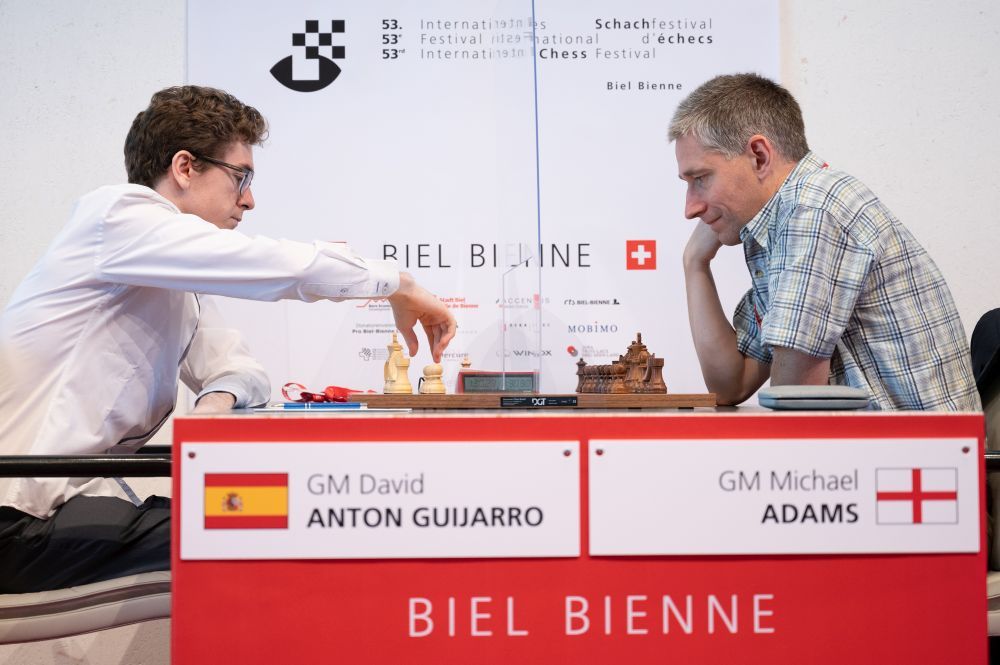 Anton Guijarro got his form back in Blitz | Photo: Biel Chess Festival

Romain Edouard had a very interesting draw against Arkadij Naiditsch. At one point in the middlegame, he was completely winning but he missed it, even in the Bishop-Knight endgame, Edouard once again had a winning position but he missed it. 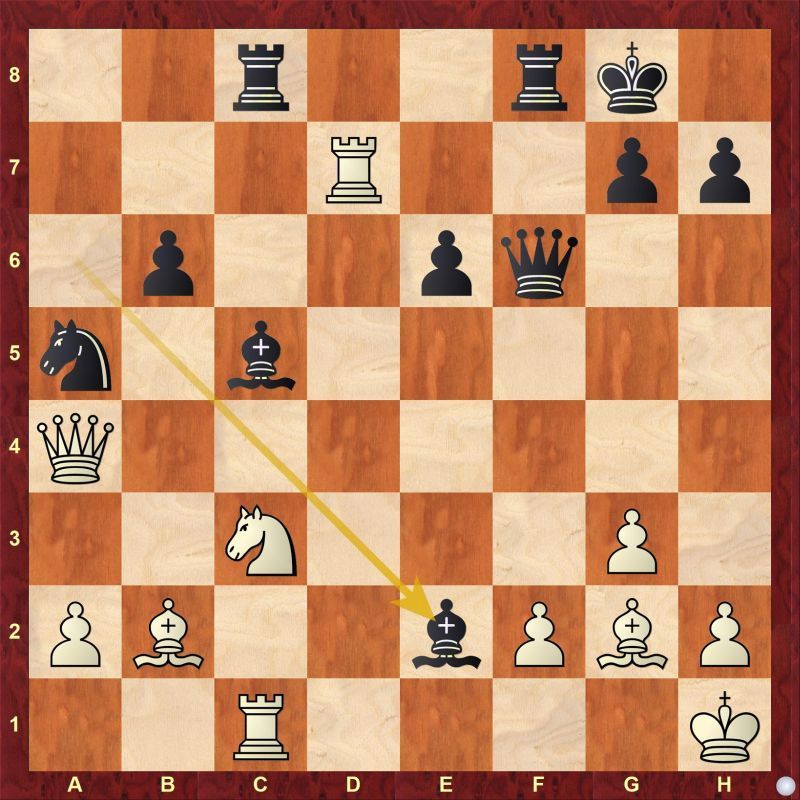 Black made a huge mistake with 20...Bxe2. Find out why it is a mistake and what black could have done instead. 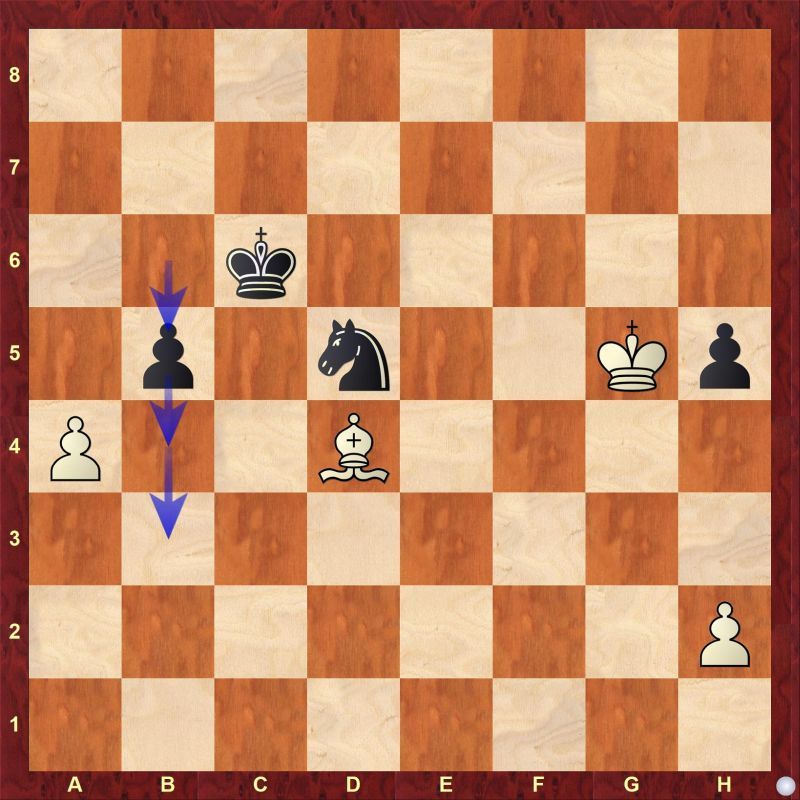 White has an obvious choice here if he wants to go for a win. Practically it won't be easy with less time on the clock but certainly 44.a5 does not help white's prospects at scoring a full point. A draw was agreed in another seven moves. 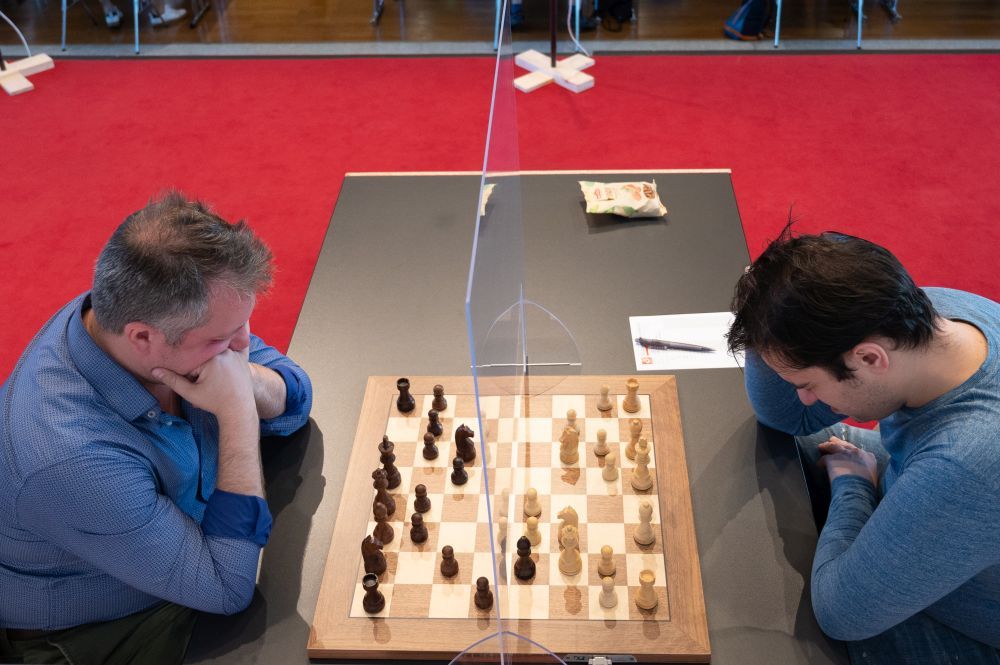