Vitaly Sivuk (UKR) brought an end to Narayanan's four-game unbeaten streak as the former defeated him in the seventh round to take sole lead 6.5/7 at 3rd Yerevan Open. Narayanan got himself into a cramped position out of the opening and could not put up a good fight against the Ukrainian. Abhimanyu Puranik completely turned things around against Gukesh to win from an almost lost position. He is now just a half point behind the leader at 6.0/7. GM Karthik Venkataraman scored his fourth consecutive victory to move to 5.5/7. He will face Gukesh in the eighth round. IM Pranav Anand scored an impressive victory over GM Sandipan Chanda. Round 8 starts today at 3:30 p.m. IST. Photo: Rupali Mullick

The second board witnessed an exciting battle between two Indian players - Gukesh and Abhimanyu. The former was well on his way to victory but Abhimanyu fought back well and scored a victory from a difficult position. IM Moksh Amit Doshi drew with GM Harsha Bharathakoti and CM Prraneeth Vuppala scored a victory against IM Viachaslau Zarubitski (BLR). 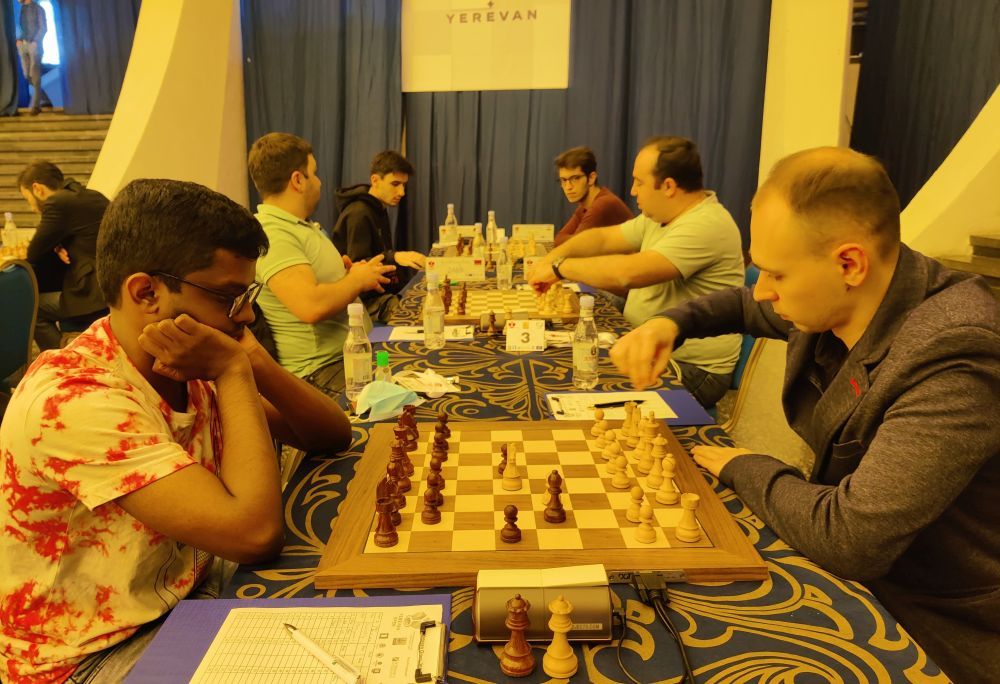 Sivuk did not give any chance to Narayanan | Photo: Rupali Mullick

GM Vitaly Sivuk (UKR) outplayed GM Narayanan S L right out of the opening as the latter made some passive choices. 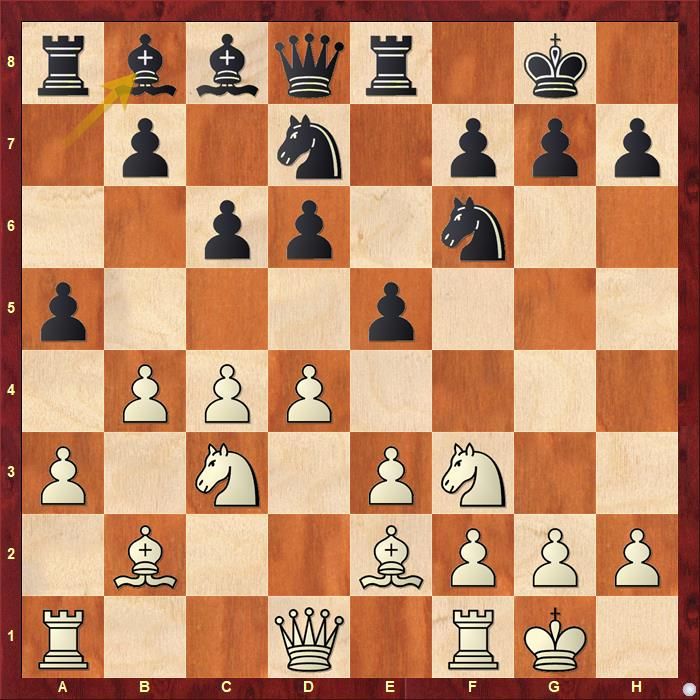 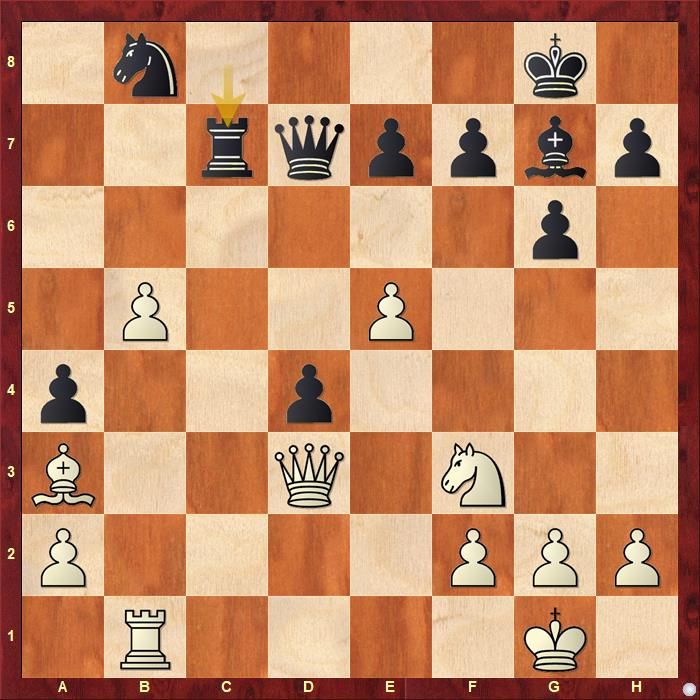 The bishop at a3 is not doing much and White should prioritize pushing the passed pawn. Since the d4-pawn is weak and Black's knight is out of play, 22.Bb2 threatening Bxd4 makes a lot of sense. 22.Qe4 d3 23.Qxa4 d2 allowed Black's d-pawn to become a monster. It played a key role in Black's victory. 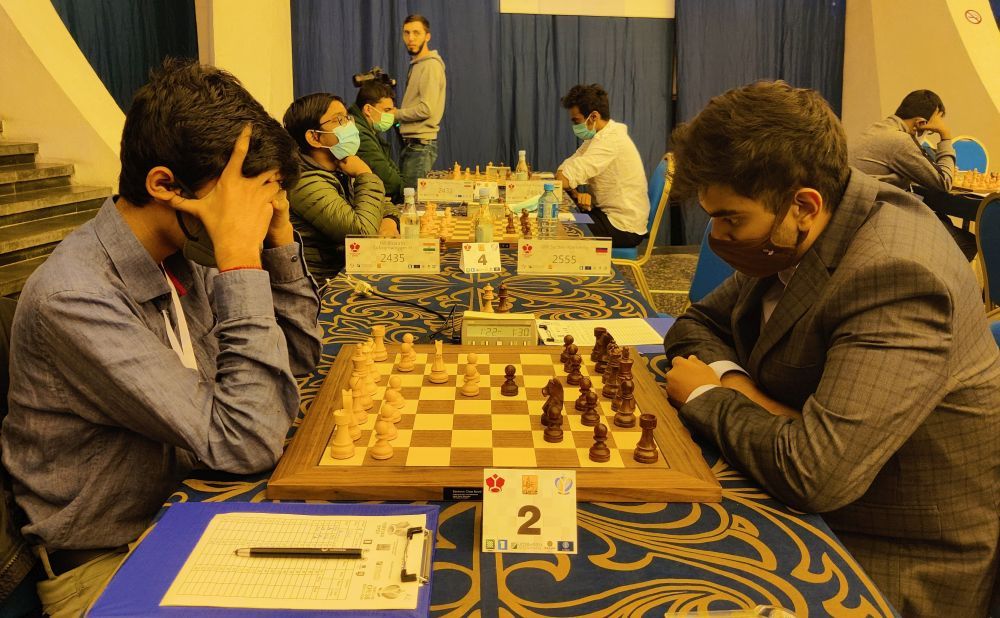 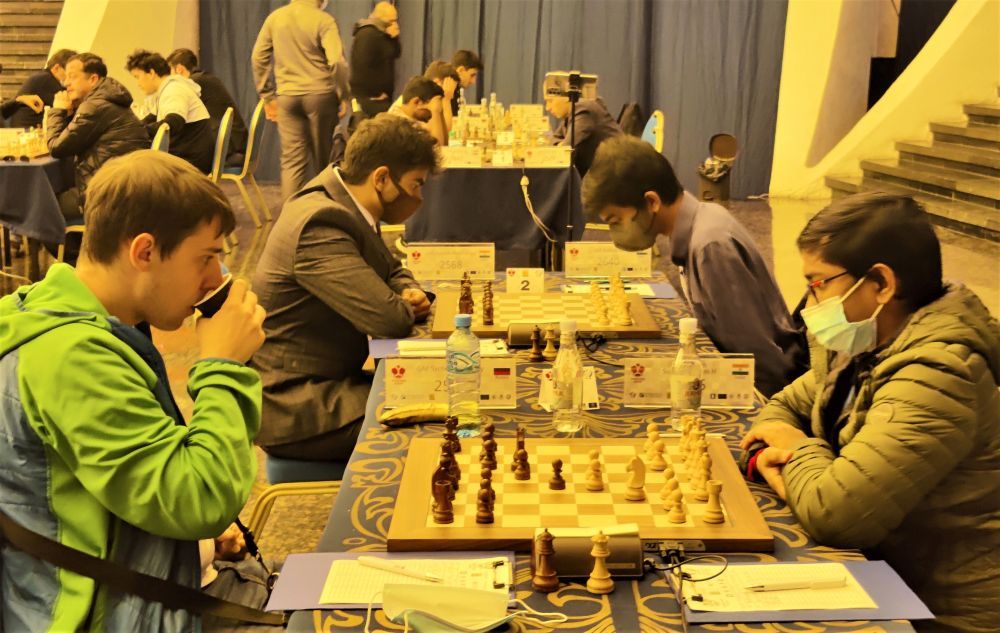 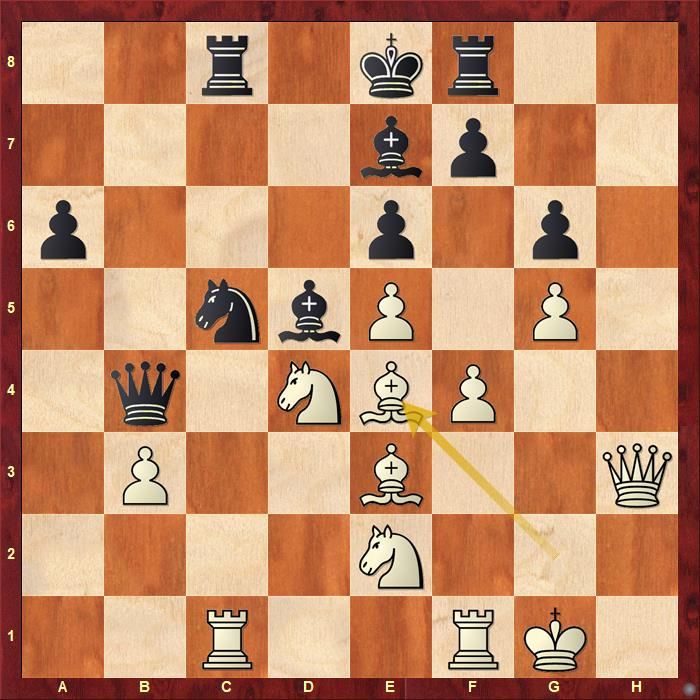 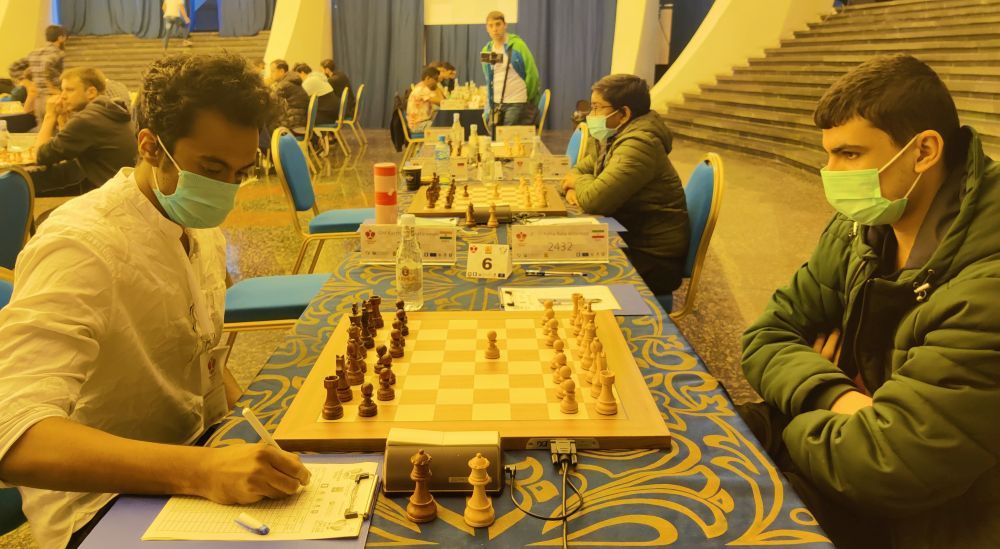 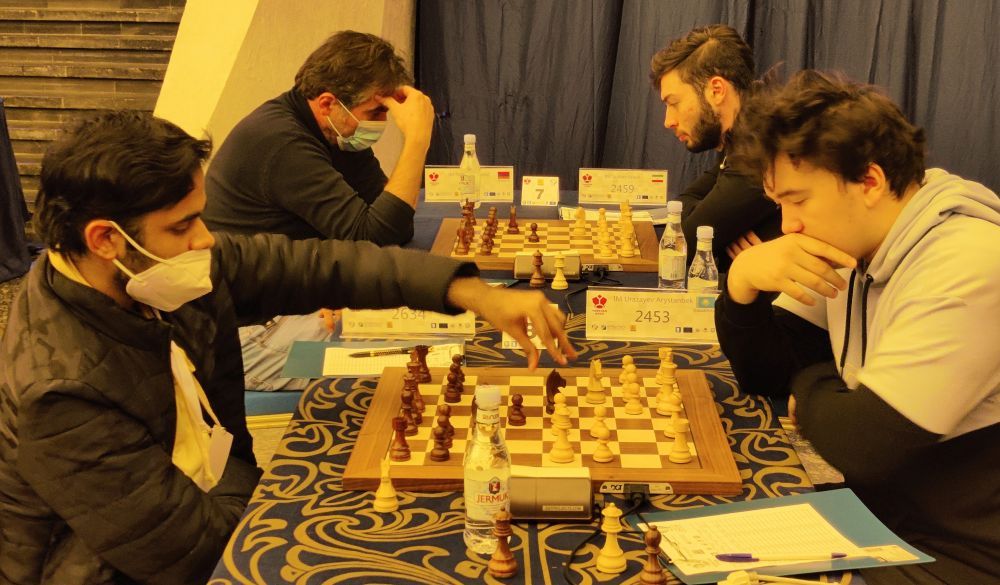 IM Pranav Anand is a very strong talented youth. If you make a mistake against him, he will catch and make you pay. GM Sandipan Chanda made a mistake for which he had to suffer a loss. 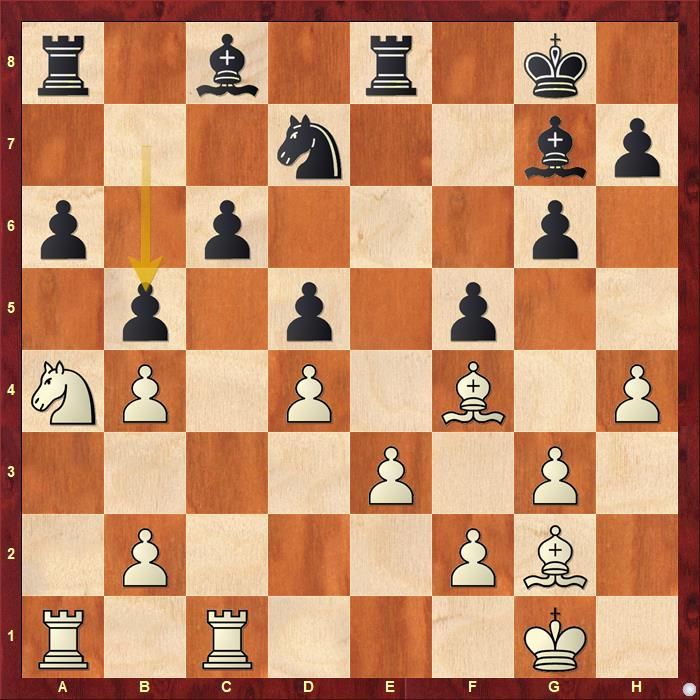 Find out why 19...b5 is a big mistake and the best continuation for White. 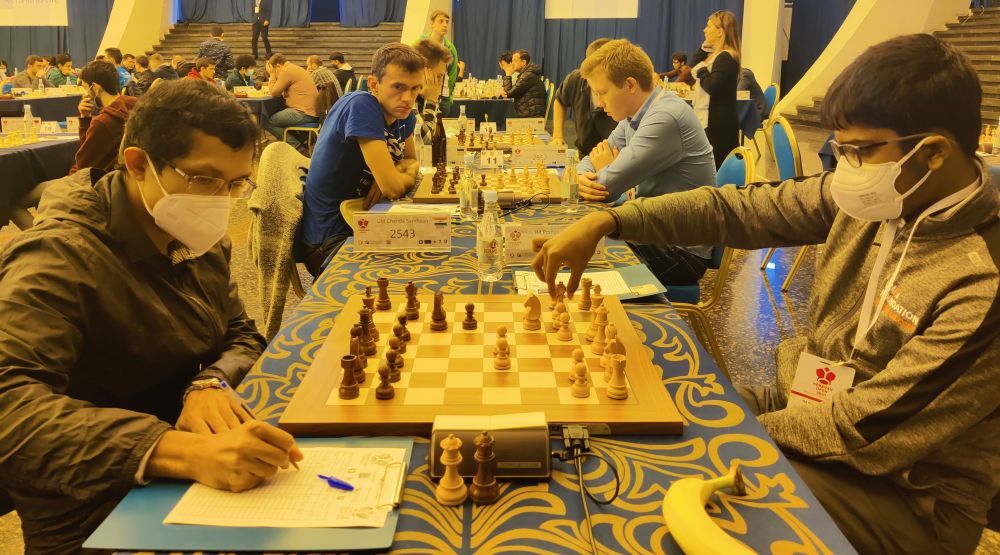 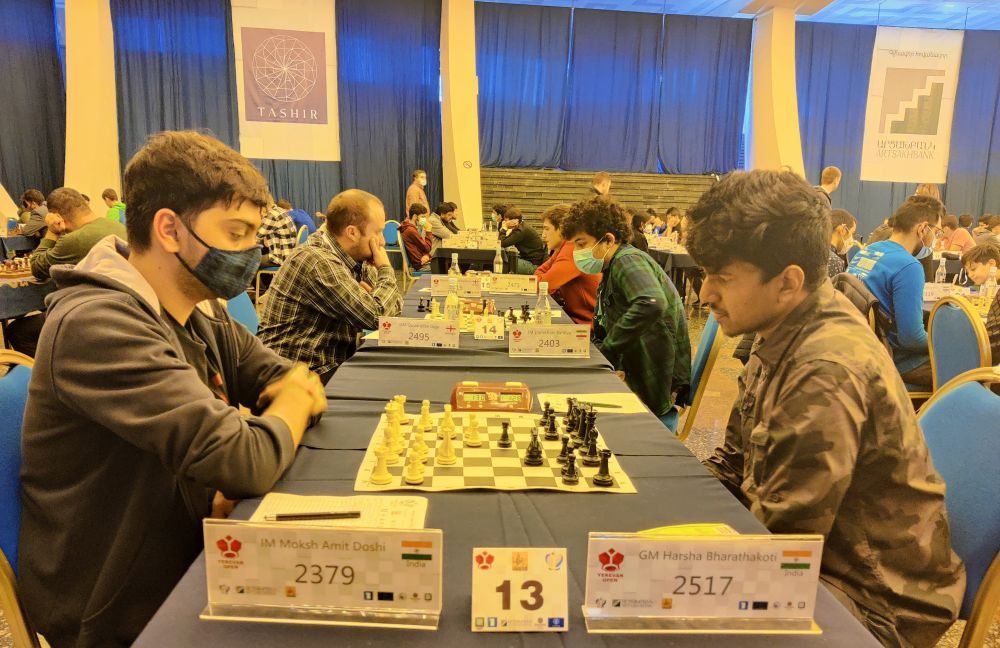 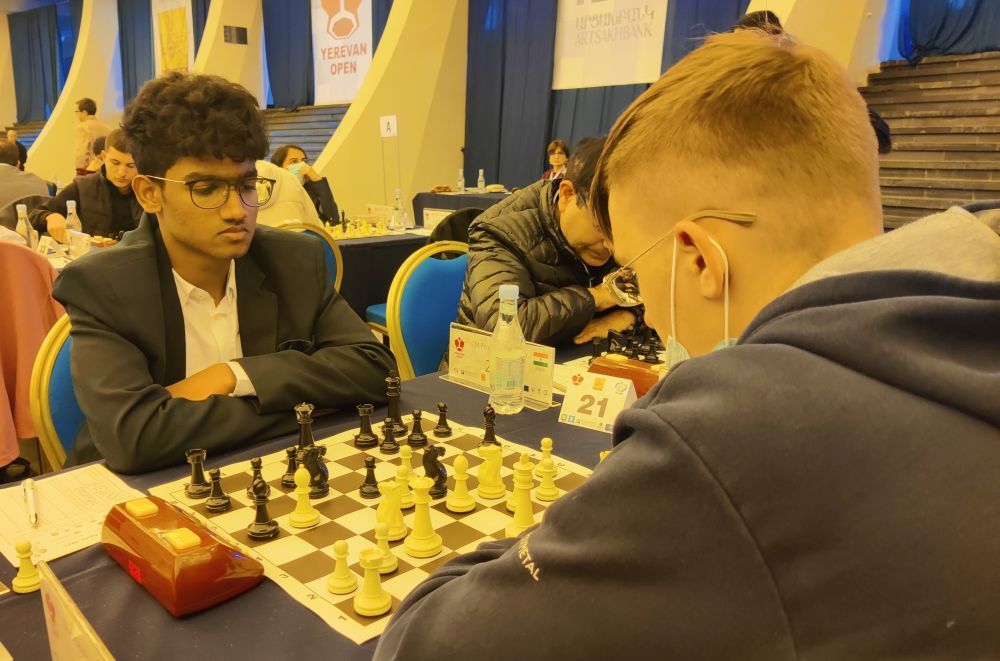 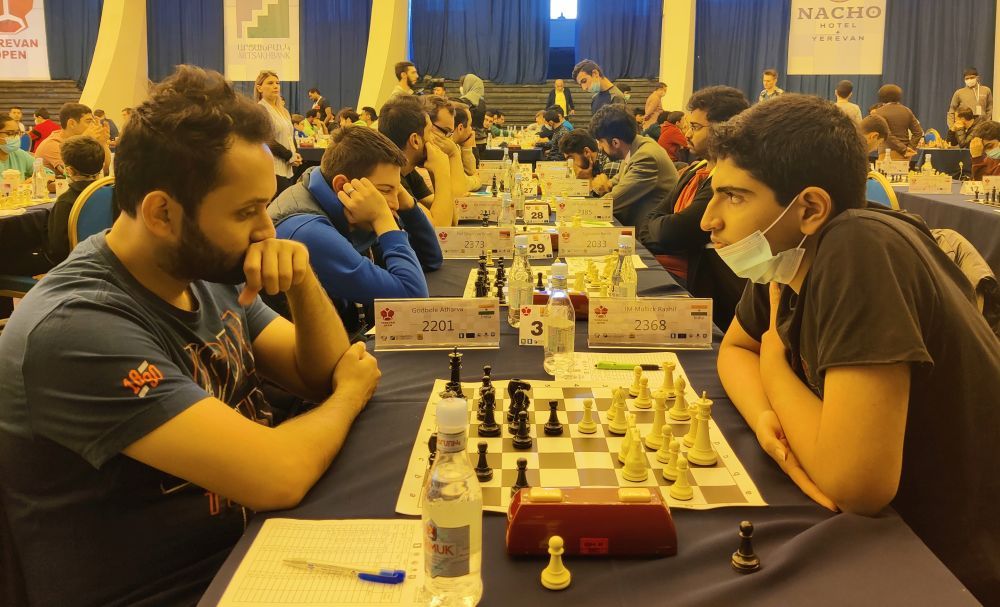 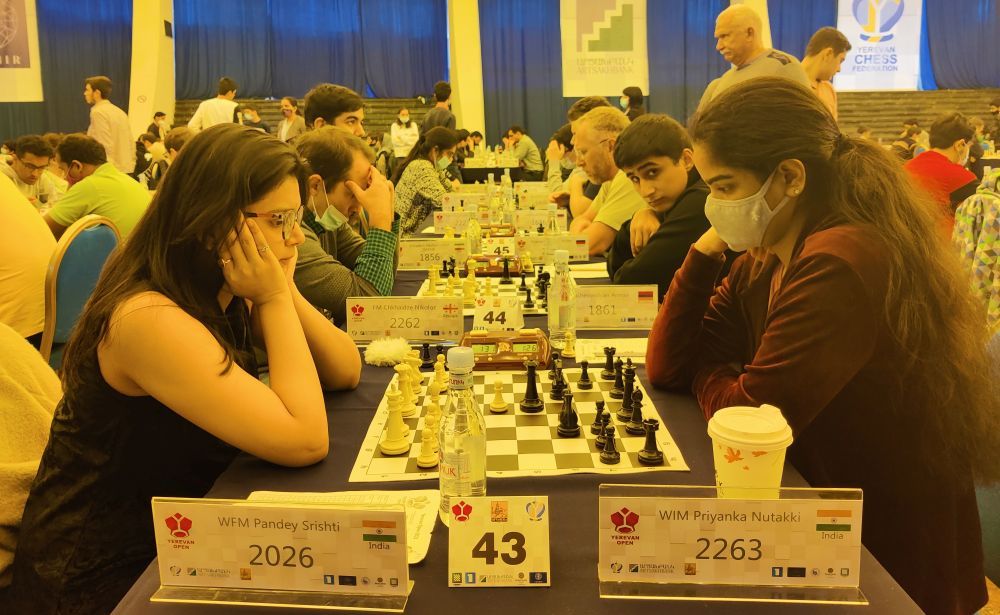 Here are a few interesting finishes of Round 7. 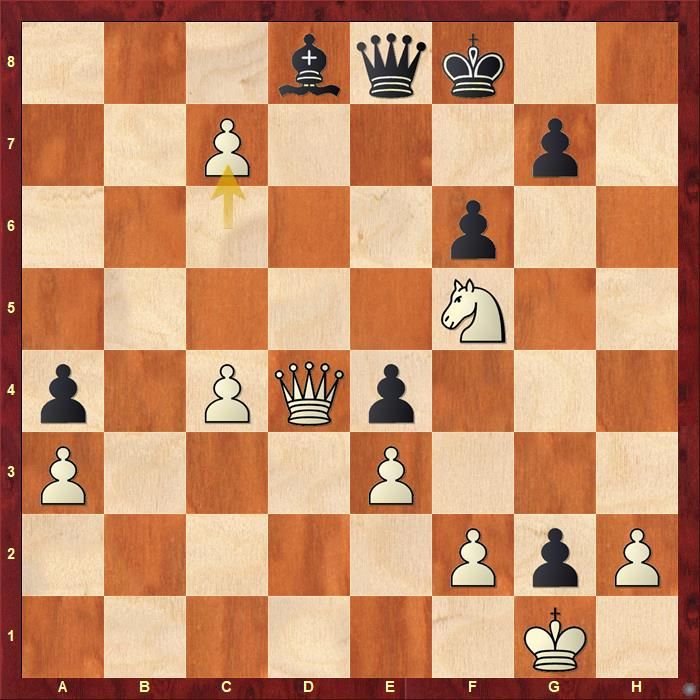 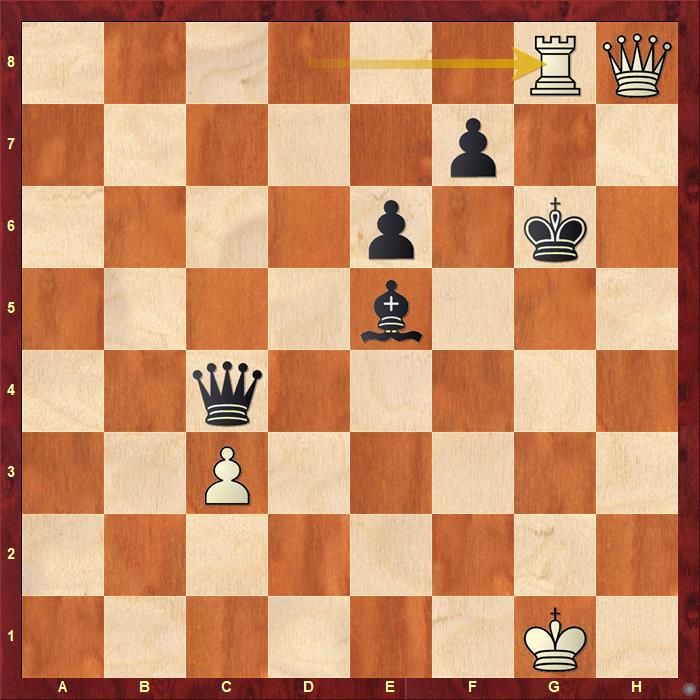