15-year-old Iranian youth FM Seyed Kian Poormosavi (IRI) had an exciting game against GM Narayanan S L. It could have gone either player's way, yet the game, much to each player's chagrin, ended in a draw. Gukesh, Arjun and Abhimanyu scored a win each. CM Prraneeth Vuppala had Gukesh on the ropes, but he loosened his grip and let the India's youngest GM in history escape with a win. Among other upsets, untitled Sargis R Mkrtchyan (ARM) held GM Sandipan Chanda and Sambit Panda held IM P Shyam Nikhil to a draw each respectively. Vaishali will face Gukesh at the top board in Round 2 which will be an interesting rematch from their final round encounter at ChessMood Open. Round 2 starts today at 3:30 p.m. IST. Photo: Rupali Mullick

GM Narayanan S L had a topsy-turvy encounter against FM Seyed Kian Poormosavi (IRI). Both of them had their fair share of winning chances, neither of them seized it and the game eventually ended in a draw.

Top board was on fire from the opening round | Photo: Rupali Mullick

GM Narayanan S L was in quite a bit of trouble against FM Seyed Kian Poormosavi (IRI). 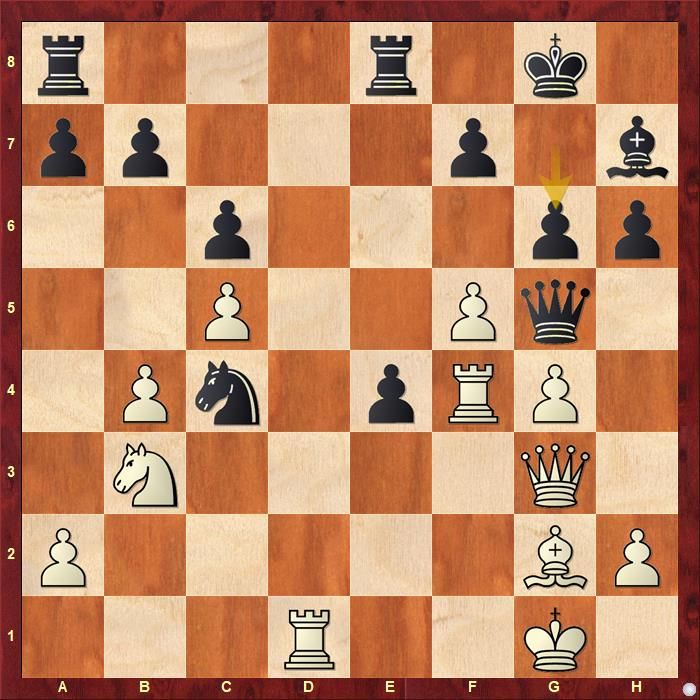 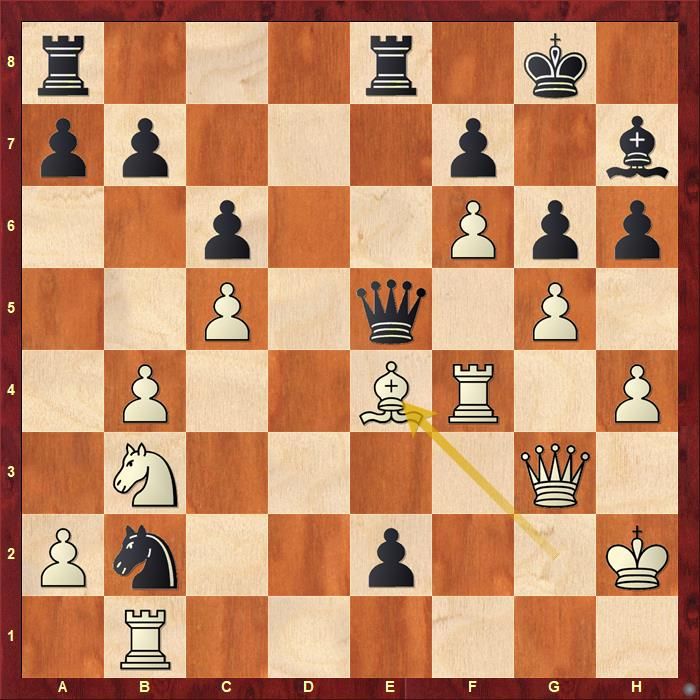 The e2-pawn is on the verge of being promoted. Can you find the winning continuation for Black after 32.Be4 ? The game eventually petered out to a draw. 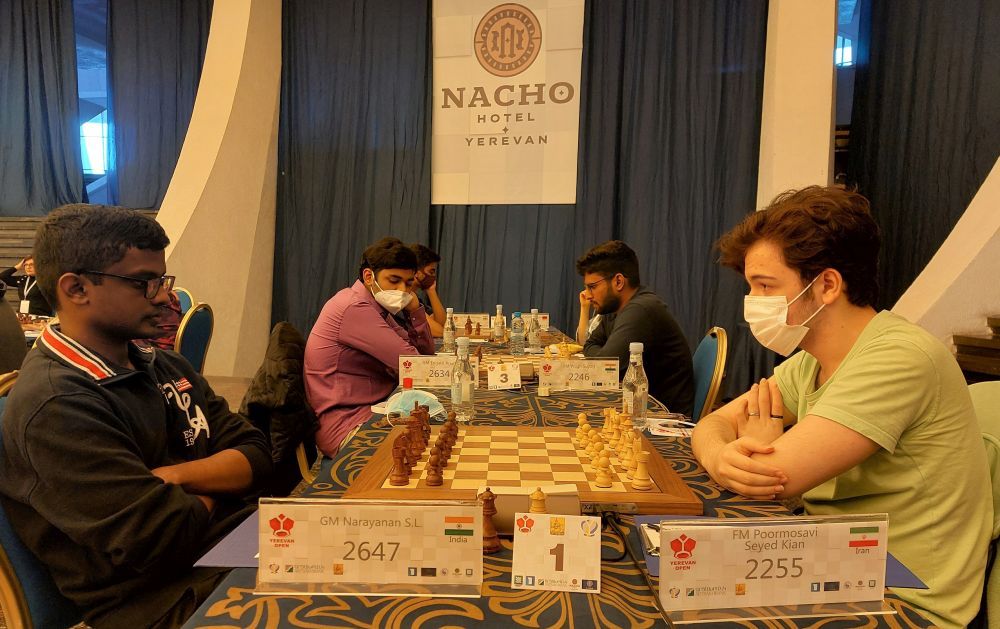 Poormosavi and Narayanan had an exciting game | Photo: Rupali Mullick

CM Prraneeth Vuppala stirred up a lot of trouble for GM D Gukesh. 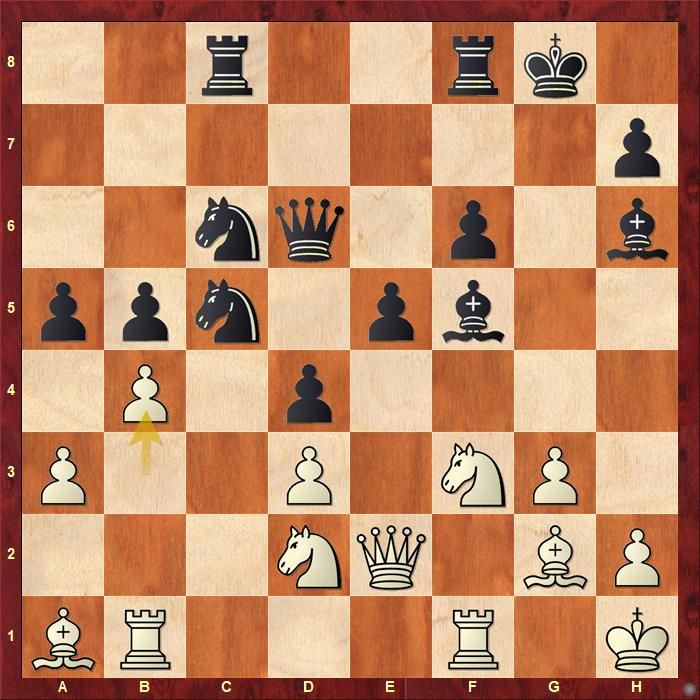 White having a passive position forced his hand to go for a b4-break. The game continued 22...axb4 23.axb4 Nxb4 24.Rxb4 Bxd3 25.Qd1 Bxf1 26.Bxf1 Qd5 27.Bxb5 and now Black made the mistake of exchanging pieces 27...Ne4. Black should not exchange any more pieces than required for two reasons, a) Black is down in material and b) White's pieces are fighting for good squares, exchanging further only helps Black. 28.Nxe4 Qxe4 29.Bb2 and White eventually overcame adverse position to win the game. 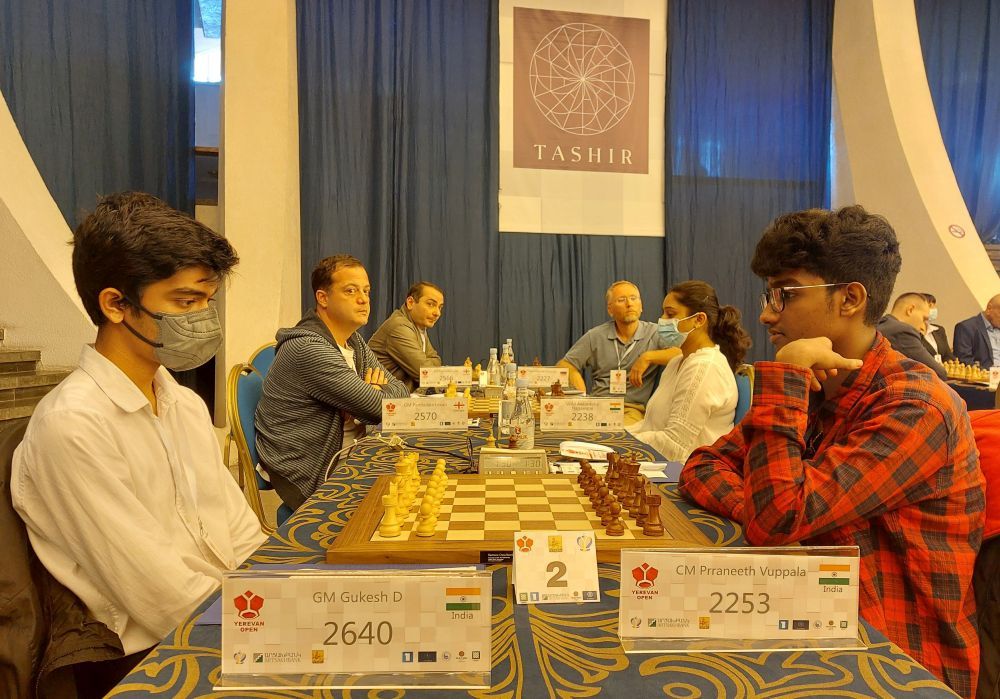 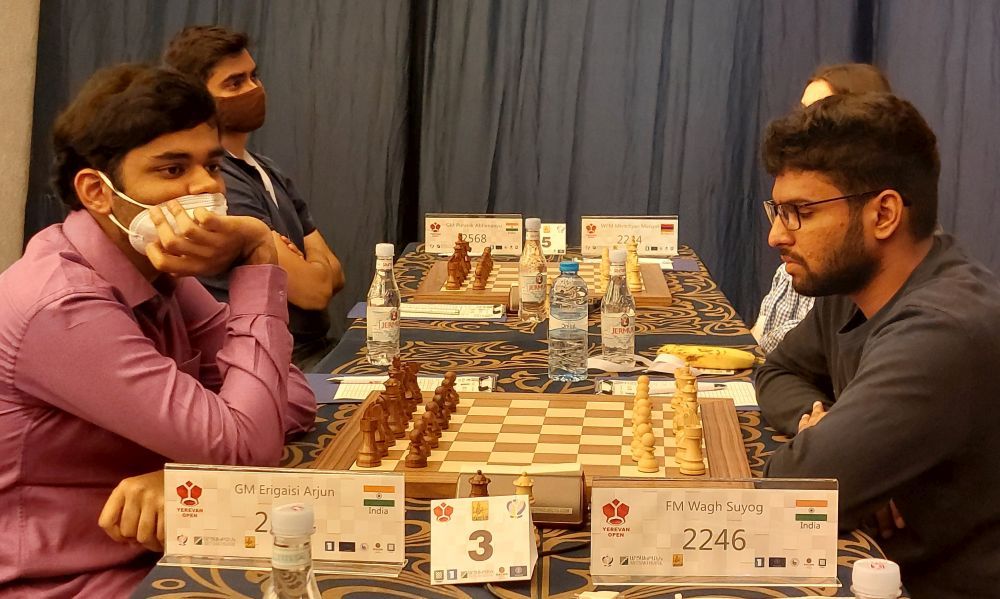 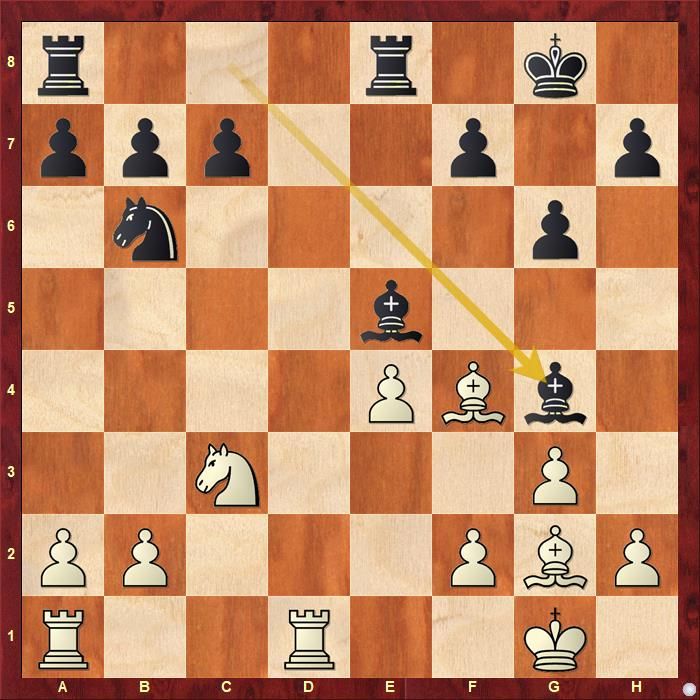 White made an interesting exchange sacrifice 15.Bxe5 Bxd1 16.Bxc7 Bc2. Now the sacrifice could have been justified if White played 17.Nd5. After 17...Nxd5 18.exd5 White is doing fine. The isolated center passed pawn is a good compensation for White. The game continued 17.Bxb6 axb6 and Black won the game eventually. 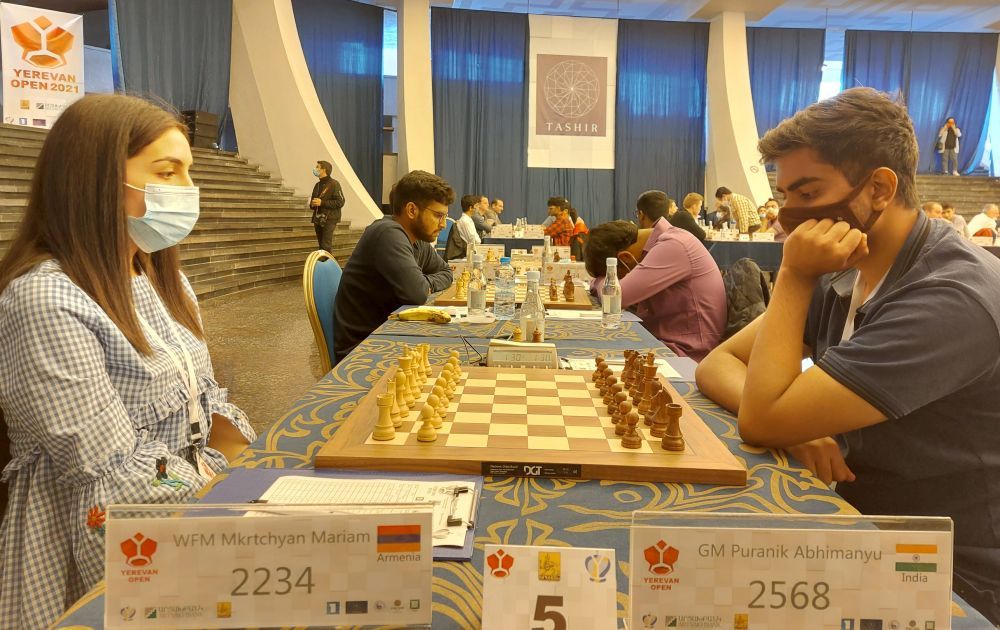 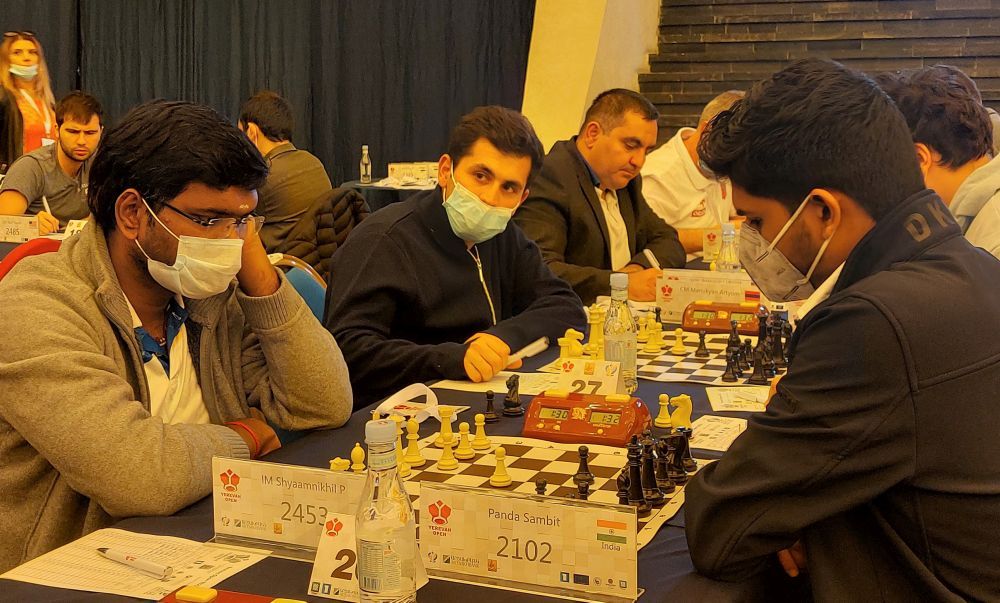 Here are a few interesting finishes of Round 1. 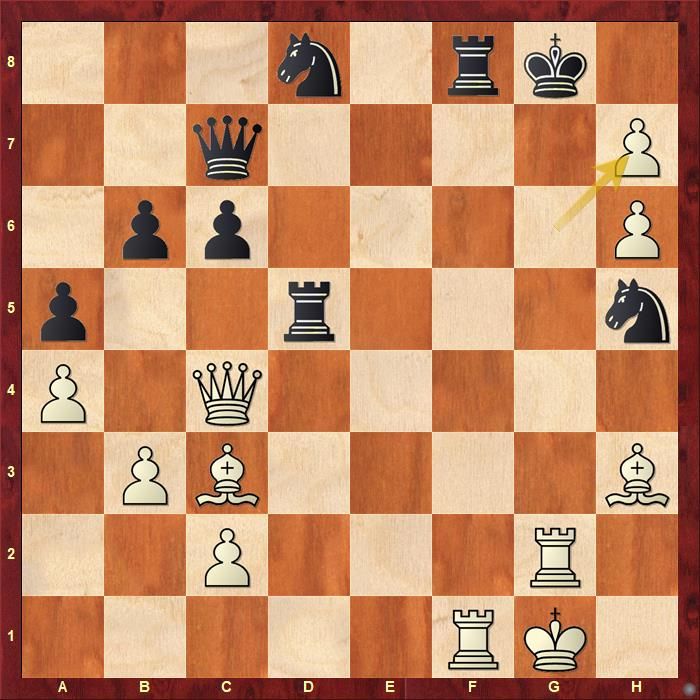 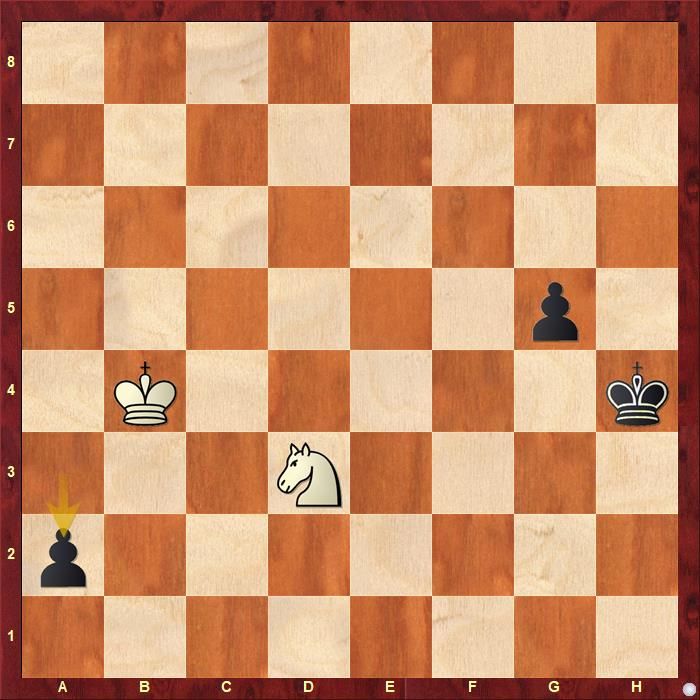 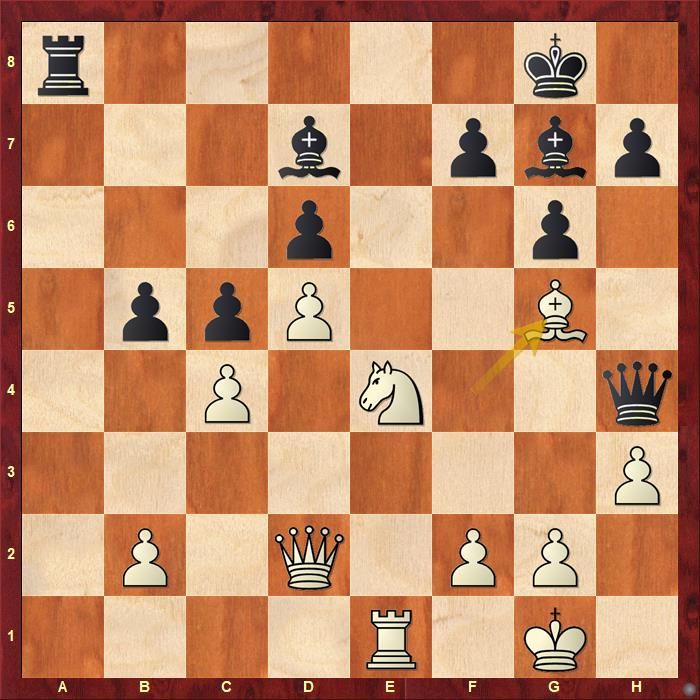