After three rounds, the Masters' segment of Tata Steel Chess saw a sole leader emerge in Ian Nepomniachtchi, Playing against Vladimir Kramnik, Nepo pulled out a win in the Berlin defence to overtake his co-leader, Vishy Anand, who was held to a draw by Vladimir Fedoseev. Magnus Carlsen had to settle for his third consecutive draw in the tournament but this time it wasn't short. In fact, the reigning world champ tried for a full 131 moves splitting the point with Vidit Gujrathi. In the Challengers, Parham Maghsoodloo and Andrey Esipenko joined the leaders while R Praggnanandhaa bridged a 100+ point rating gap to hold GM Erwin L'ami to a draw.

The Masters' segment of Tata Steel Chess finally saw a sole leader emerge as Russian GM Ian Nepomniachtchi scored his second win of the tournament over Vladimir Kramnik to overtake the Indian ace, Viswanathan Anand on the leaderboard. Anand was pitted against Sam Shankland of the USA in the third round and was only able to secure a draw with black.

“I did not know what to play against Vlad with white because he is extremely well prepared. So, I decided to play a relatively new move order in the Re1 Berlin,” Nepomniachtchi said about his opening choice. His new idea, he further explained was devised to have a safe position with black. “ 20…Bxc3 didn’t seem like a good move to me because now I have two bishops,” he added. 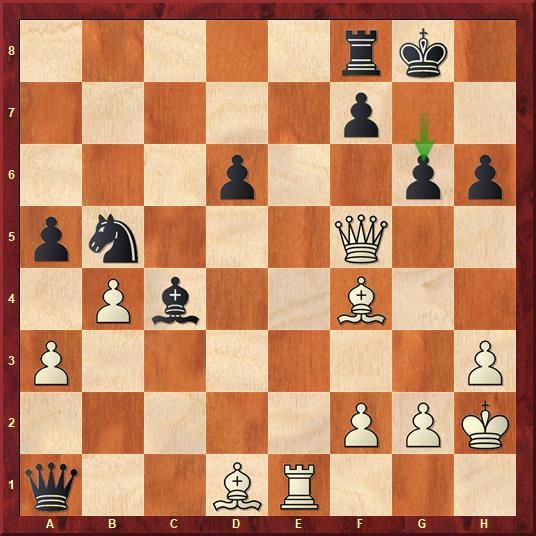 The crunch moment came on the 33rd move when Kramnik went for 33…g6 and weakened his kingside structure. After this, the game just went downhill for the former world champion. There followed 34.Qe4 d5 35.Qe7 axb4 when 36.Be5 decided matters immediately.

Viswanathan Anand, who was co-leading the tournament until the conclusion of this round, hardly had anything to fear in his game against Sam Shankland of the USA. As black, he had come up with an opening novelty in the Bf4 Queen’s Gambit but the position liquidated rather quickly. However, towards the end of the game, a nice temporary queen sacrifice was made by the Indian ace to enter an equal endgame. 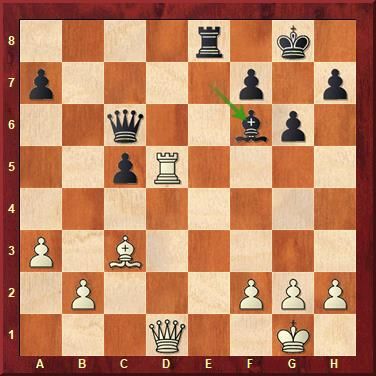 Shankland had taken control of the a1-h8 diagonal with 28.Bc3. 28…Bf8, with the idea of bringing the bishop looks logical here, but Anand found the forcing 28…Bf6! At first glance, 29.Rd6 seems to win a piece but Anand had foreseen it all. There followed 29…Qxd6! 30.Qxd6 Rd8, exploiting white’s weak back rank. After 31.Qa6 Rd1+ 32.Qf1, all pieces were taken off the board and peace was signed. 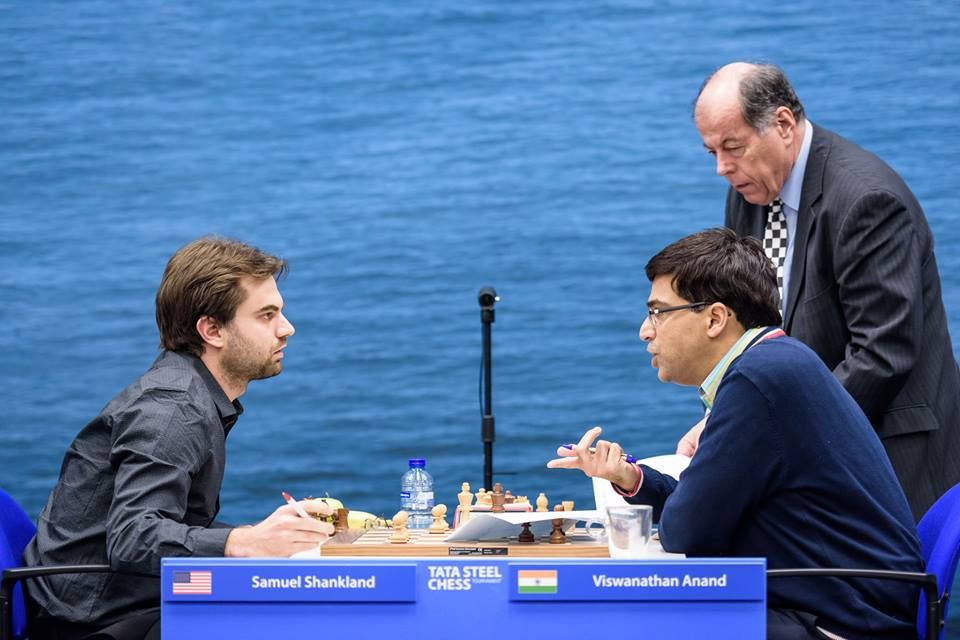 Anand slipped down a spot on the leaderboard after his third round draw against GM Sam Shankland | Photo: Alina L'ami

In the game between Vladimir Fedoseev and Jan-Krzysztof Duda, things escalated very quickly after the latter’s rook found itself on the seventh rank. 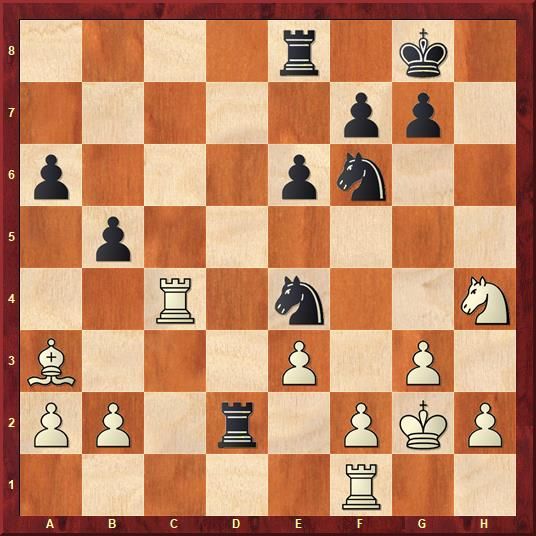 The computer suggests 28.Rb8 as the only way to remain in the game for white. Fedoseev chose 28.Rd4 instead and soon the black pieces came storming in. 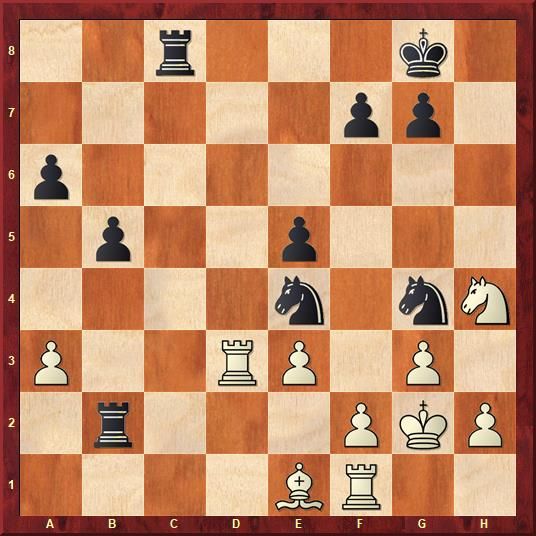 White is already in big trouble here but Fedoseev’s 33.Nf5 instantly sealed the white king’s fate. Once Rcc2 landed on the board, the mating net was woven in no time.

Magnus Carlsen also tried very hard to be among the winners of the day. So much so, that he ended up breaking his own record for the longest game at Tata Steel, but was still unable to break through the defences of India’s rising star, Vidit Santosh Gujrathi.

After the game which lasted about seven hours, Gujrathi said that there were several points in the endgame when he felt had just misplayed, the most important being the one where he played 35.g4.

“I regretted playing 35.g4. I knew that if I lose this game, I would look really retarded because h4 is a theoretical draw, and everyone knows it. But I thought I was forcing three versus three (pawns),” he explained. 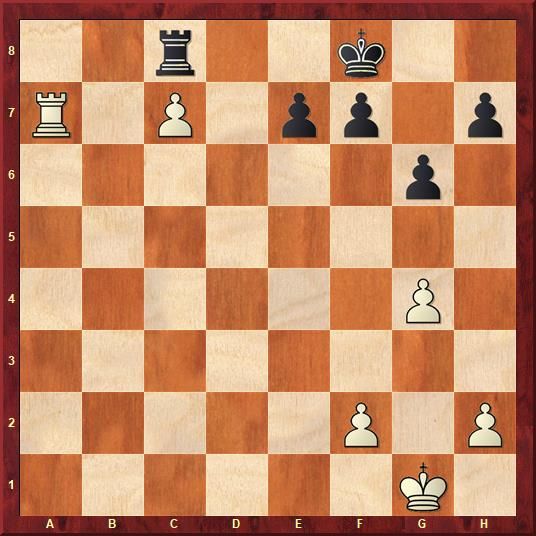 Carlsen also agreed with Vidit. He said after the game: “I think his move g4 was quite unnecessary. He did well later to play 48.f3. If he doesn’t play f3, I am in time to play e4 and then it’s very difficult to hold. As in the game, I think, I had no particular chances. I was trying to look for the right moment to try anything.”

Unlike in the Masters’, the Challengers’ segment has no clear leader. The conclusion of the third round, two new players joined the shared lead while Vincent Keymar lost his top spot due to his loss to Andrey Esipenko.

Keymar was looking to seek counterplay against the white king from the black side of a Sicilian Najdorf when Esipenko landed a bolt from the blue. 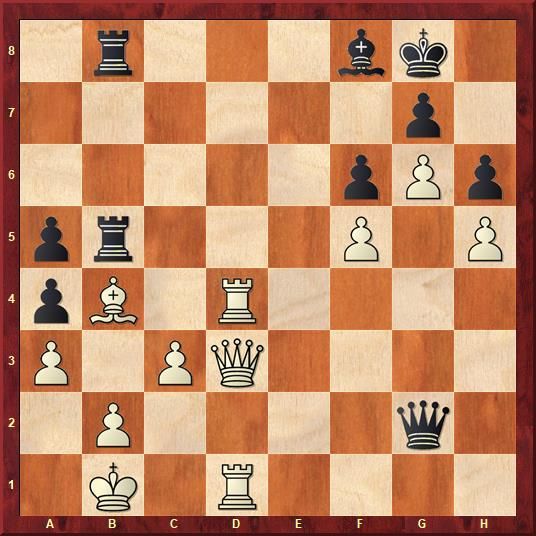 Black’s 34…a5 was clearly directed towards getting the bishop off the b file. But white had other plans. He went 35.Qc4+ first and after 35…Kh8, uncorked the brilliant 36.Qxb5!! Rxb5 37.Rd8, after which mate was unavertable.

After his opening round loss to Anton Korobov, the reigning World Junior Champion made a strong comeback winning both of his subsequent games. In the third round, he gave IM Stefan Kuipers his third straight loss of the event. 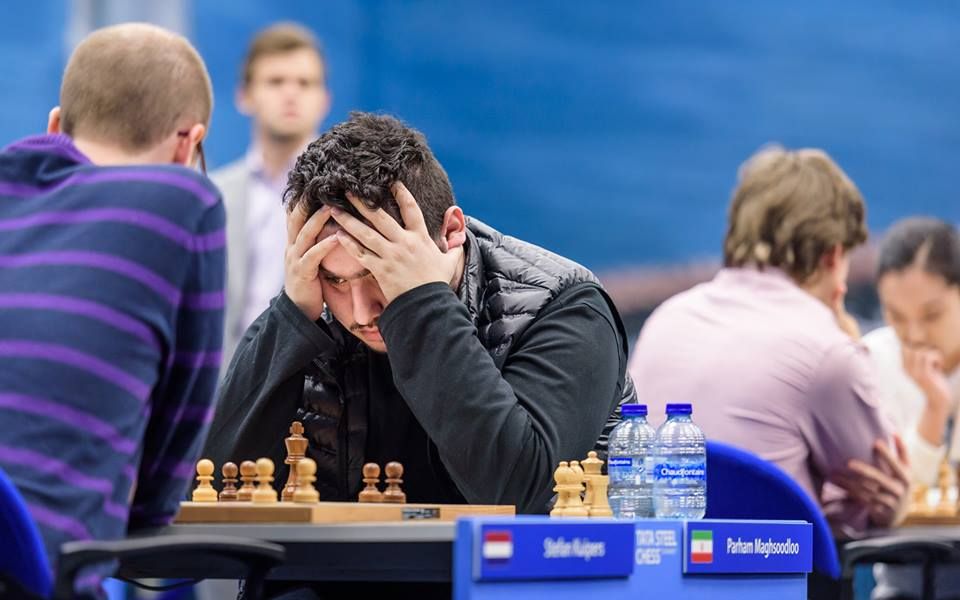 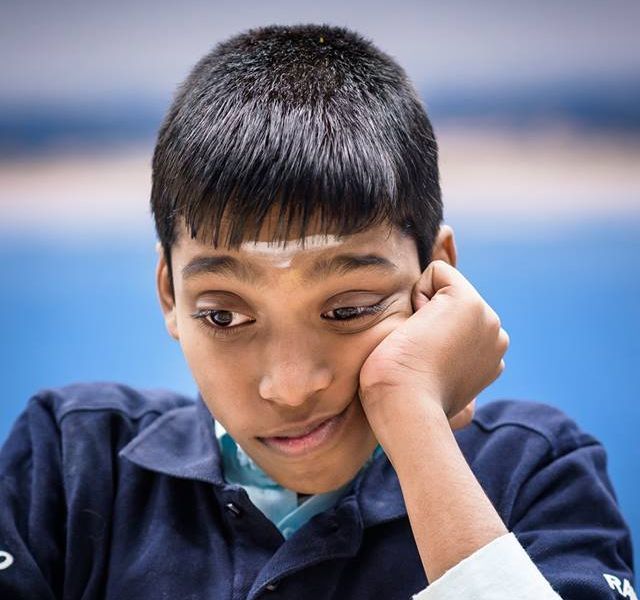