The fourth round of Tata Steel Chess (Masters) saw Ian Nepomniachtchi seize his opportunity to join Magnus Carlsen and Viswanathan Anand in the lead as the two were held to modest draws. In a Petroff Defence game, Nepomniachtchi made the most of his extra space and managed to bring down the ultra-solid Vidit Gujrathi. In another fascinating endgame, Vladimir Fedoseev outsmarted Teimur Radjabov to pocked the full point after an 84 move marathon. In the Challengers', Maksim Chigaev kept his half point lead over the field with a draw against Andrey Esipenko. R Praggnanandhaa, in the meanwhile, managed to hold ground against the top seed of the tournament, GM Anton Korobov.

With just four more rounds to go, Magnus Carlsen and Viswanathan Anand have been joined by a third co-leader in the Masters’ leg of Tata Steel Chess 2019. After the battles of the ninth round had concluded, Ian Nepomniachtchi, who had defeated the Indian number three, GM Vidit Gujrathi, had made his way to the top of the leaderboard while Carlsen and Anand were held to draws.

‘Nepo’ had the white pieces in his ninth round game against Vidit Gujrathi. Against 1.e4, the latter opted for the solid Petroff Defence. While the opening Vidit’s playing style, it is not usual for him to play the Petroff – the Caro Kann, the Spanish or the Sicilian is more of his stuff.

Nepomniachtchi had his own bit of surprise for his Indian opponent as he took a page from Magnus Carlsen’s book and went 4.Nd3 instead of the usual 4.Nf3. Nonetheless, queens were exchanged early on and the game reached an objectively balanced endgame despite all the cat and mouse play in the opening. 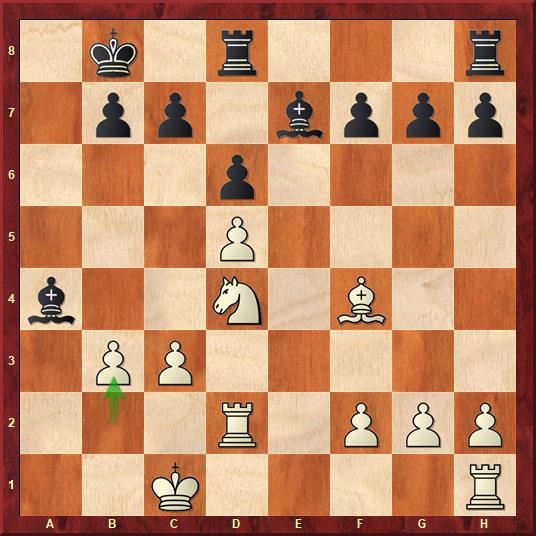 White’s space advantage in the position gives him easier play, and more importantly, a clear plan. So, while the position is objectively equal, white’s activity on the queenside makes his play easier. In the diagrammed position, white threatened to generate an attack on the enemy king by doubling his rooks on the 'a' file. Play continued 21…Be8 22.Ra2 Bf6 23.Rd1. White exchanged bishop for knight here and entered an endgame with bishops of opposite colour. But as the game progressed, Nepomniachtchi generated a queenside initiative and managed to gain far advanced outside passed pawn on the wing and took home the full point after 37 moves. 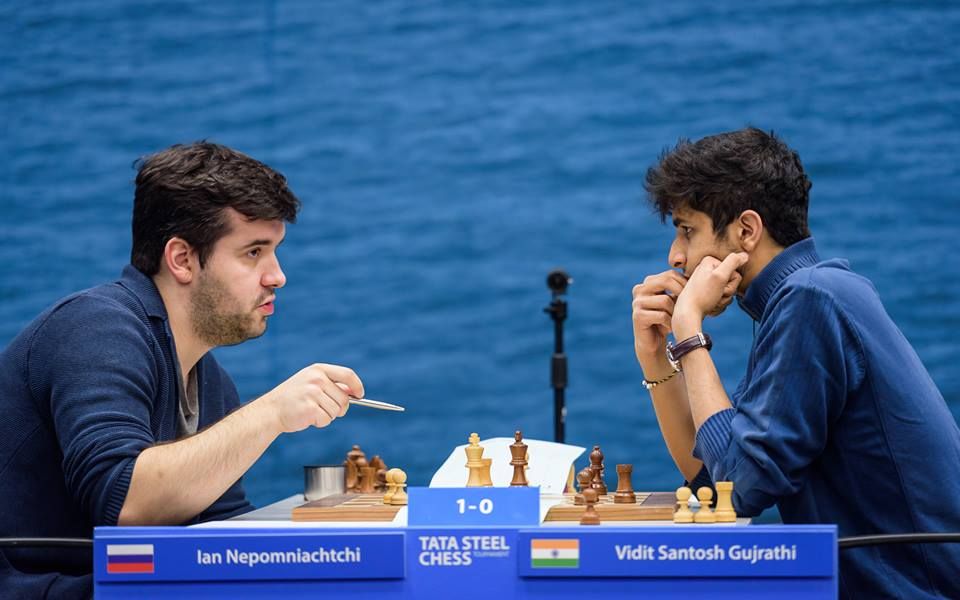 Meanwhile, both of the tournament leaders, Magnus Carlsen and Vishy Anand, were held to modest draws. Both players had the black pieces in the game.

Vishy Anand exchanged queens quite early against Richard Rapport in a closed Catalan. The queenless middlegame that ensued did not look quite inspiring. By move 30, a pair of rooks also went off the board leaving players in an endgame with a rook and bishops of opposite colours apiece. Peace was signed a couple of moves after the first time control. 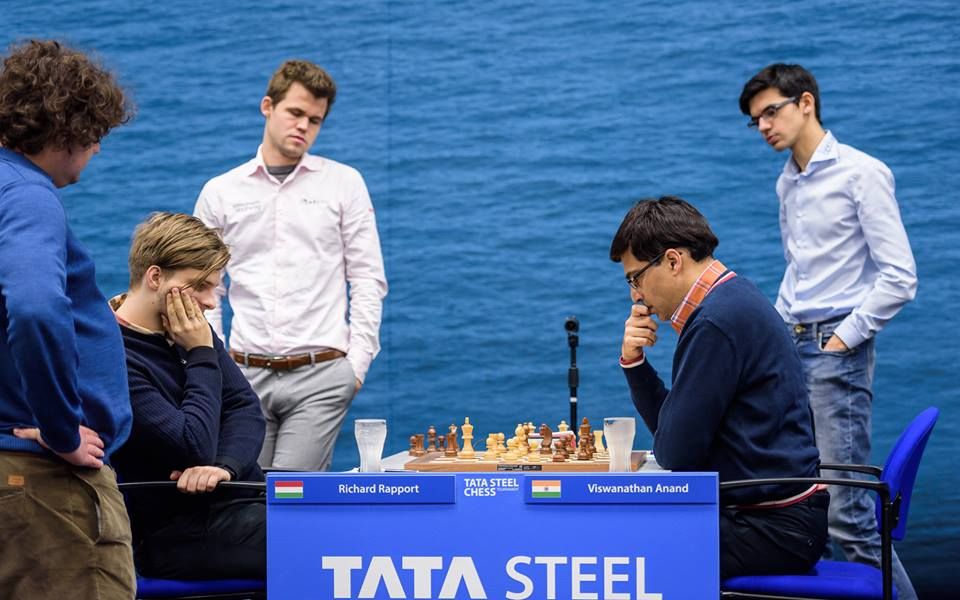 Anand vs Rapport was closely observed by some top players in the fray | Photo: Alina L'ami

GM Sam Shankland was one of Carlsen’s seconds during the previous world championship match, and perhaps that is why, the world champ went for some provocative moves in the Queen’s Gambit that the two players discussed. Playing his pawns to a6 and h6 – what is called ‘little ears’ in some chess circles – Magnus, in the opinion of Peter Heine Neilsen, tried to provoke his opponent to punch him in the face. But the game followed a normal course and a draw was agreed after 40 moves. 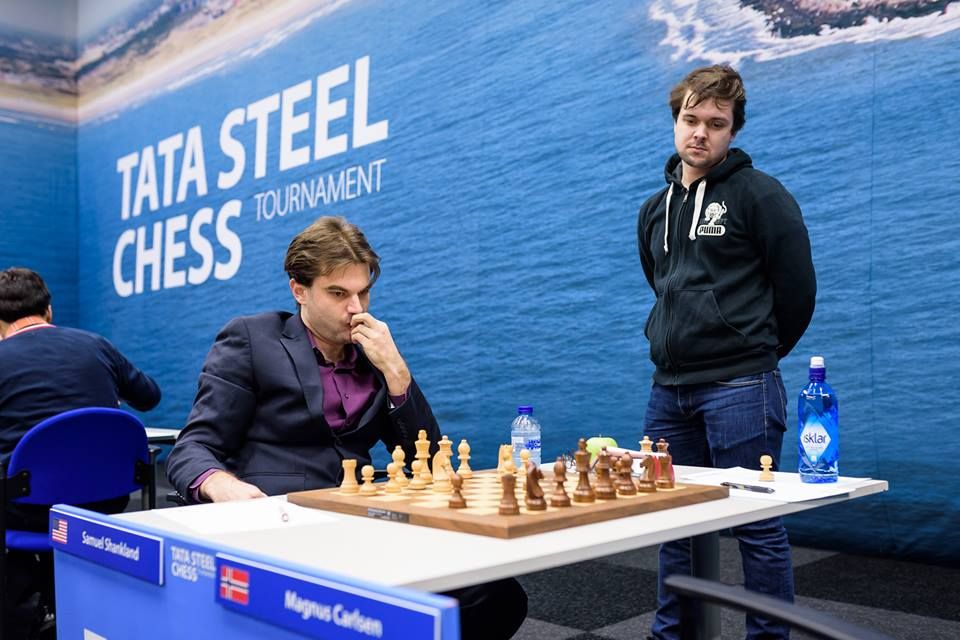 The endgame that caught the attention of many an expert was the one between Teimur Radjabov and Vladimir Fedoseev. 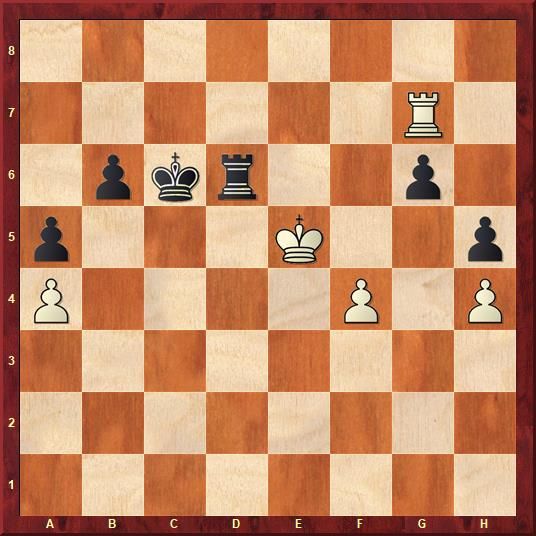 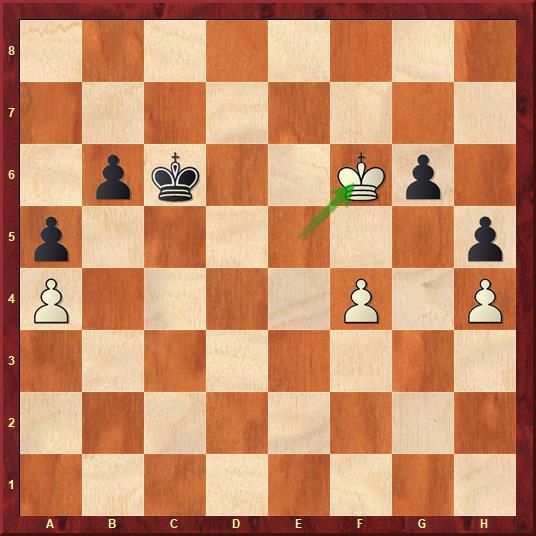 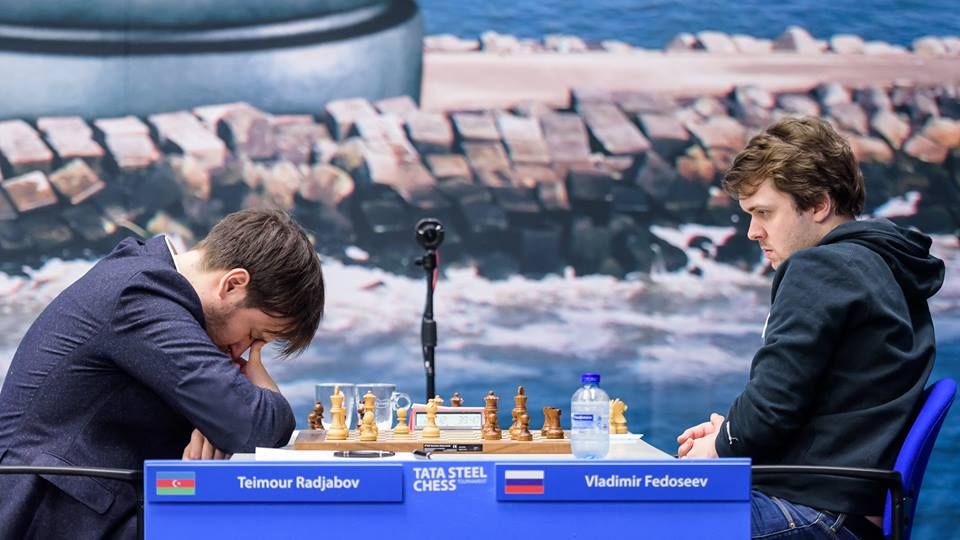 Radjabov was visibly disappointed after his downfall | Photo: Alina L'ami

The Challengers group saw its leader, Maksim Chigaev keep his half point lead as he held one of his closest chasers, GM Andrey Espienko to a draw in round 9. Vladislav Kovalev, who is also half a point behind the leader, could not manage to get anything special with the white pieces against Erwin L’ami’s French Defence. The game ended in a draw after 40 moves, leaving Kovalev where he was – half a point behind the tournament leader. 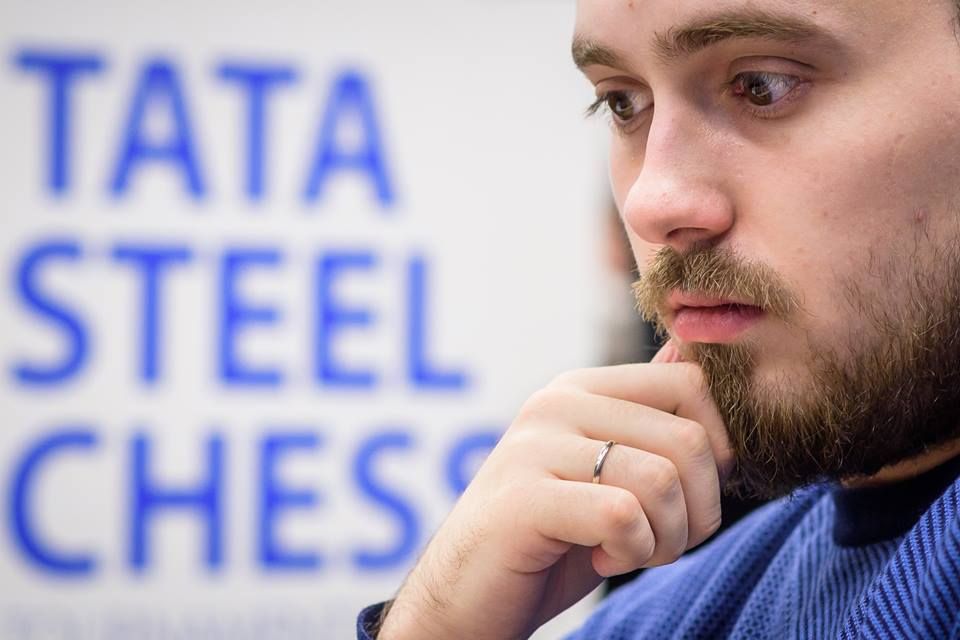 Wins in the round were scored by Stefan Kuipers; who won his first game of the event against countryman Lucas van Foreest; Benjamin Geldura, who crushed Elizabeth Paehtz in a 30 move long encounter; and Parham Maghsoodloo, who defeated Dinara Saduakassova. 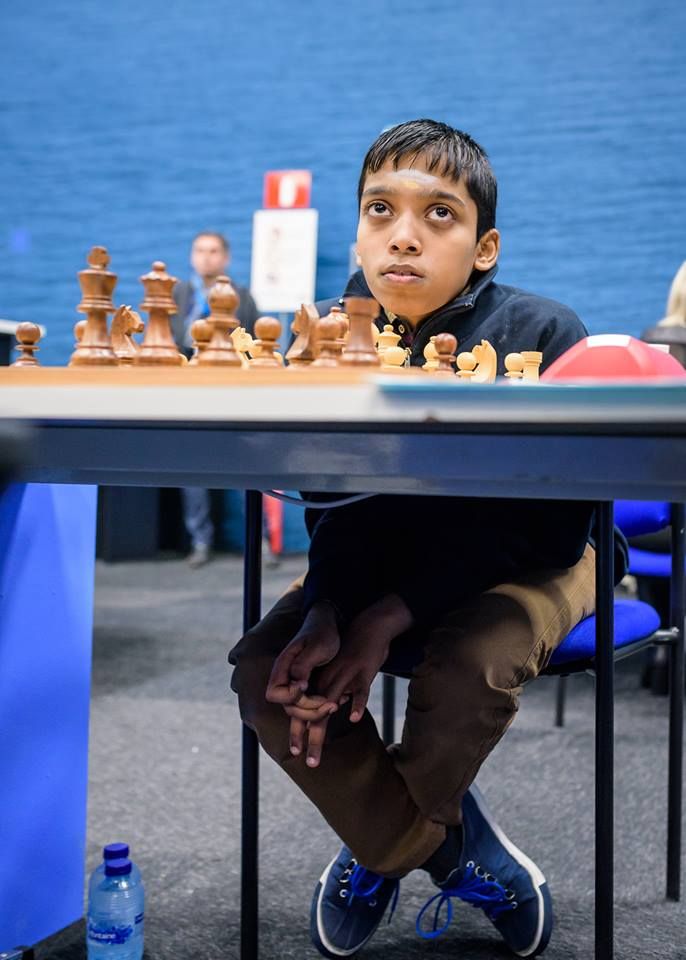 IM R Praggnanandhaa, who has been struggling in Wijk thus far, held a draw against the top seed of the tournament, GM Anton Korobov | Photo: Alina L'ami