The seventh round of Tata Steel Chess saw a clash between two long-time friends and rivals: Vladimir Kramnik and Viswanathan Anand. As White, Kramnik played some rash moves in the opening to give Anand an extra pawn but as Anand said after the game, "the position was easier to lose for black than for white". However, the Indian ace managed to find his way through and hop into the tournament lead scoring a win. Meanwhile, Vidit Gujrathi suffered his first loss of the tournament as Teimur Radjabov annihilated his king in a Queen's Gambit Ragozin. In the Challengers' R Praggnanandhaa showed some excellent home prep to beat Stefan Kuipers in merely 23 moves! Round 7 report.

g4 – the good and the bad side

Round 7 of Tata Steel Chess (Masters) ended with mixed results for the two Indians in the fray. On the one hand, Vishy Anand scored an important win over his old friend and rival, Vladimir Kramnik while Vidit Gujrathi suffered his first loss of the tournament at the hands of Azerbaijani GM Teimur Radjabov. Interestingly, in both games, it was the move g4 that determined the fate of the game.

In Anand’s game versus Kramnik, the latter, who has been playing – in his own words – optimistically ever since the Berlin Candidates, went for a kingside expansion quite early in the game. 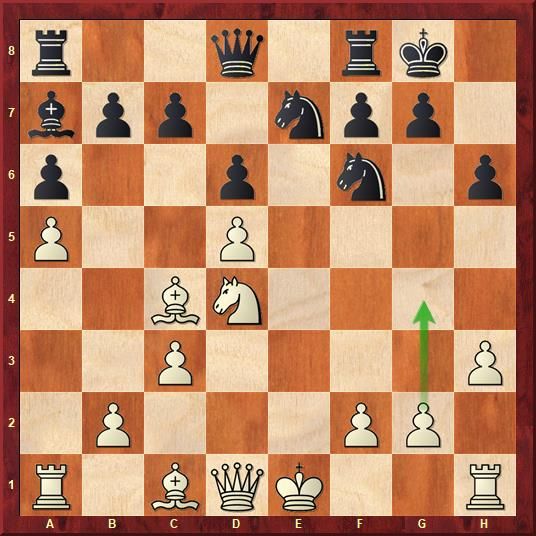 The sensible looking 14.0-0 would have kept this Italian game balanced – both in the eyes of the computer and from a human perspective. But Kramnik, craving for some fun, went all in here with 14.g4. After black took the hanging pawn with 14…Nxd5, Kramnik simply continued with 15.Kf1 Qd7 and 16.h4.

Anand said after the game that he felt embarrassed that he wasn’t better after the abovementioned sequence.

“Today was just insane. I mean, this is not really optimism, this is something else,” Anand said.

He further added that he felt that while he was not objectively worse, the position was much easier to lose as black than as white and that mistakes were made by both sides in the game. “I was also very groggy today. Maybe, I wasn’t expecting such a position because I was preparing for some other kind of struggle. I was also not able to find my feet but I am just happy that in the end, it worked well,” Anand added.

Anand on his win over Kramnik | Tata Steel Chess

Teimur Radjabov’s game against Vidit Gujrathi was a Queen’s Gambit Ragozin where the former had the white pieces. From the get go, Radjabov was looking to hunt down Vidit’s king and began his operation with the opening novelty 13.g4. 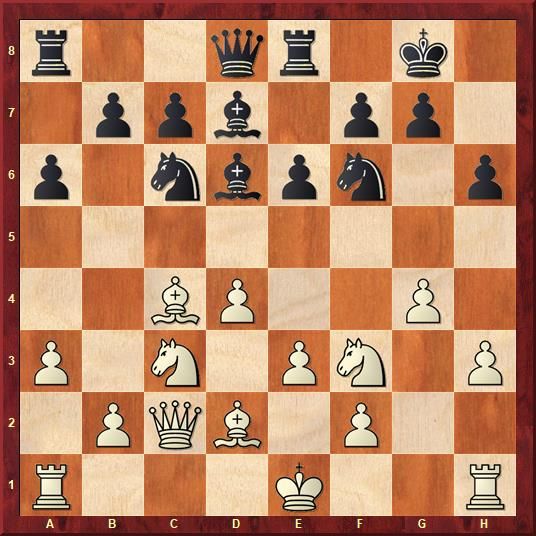 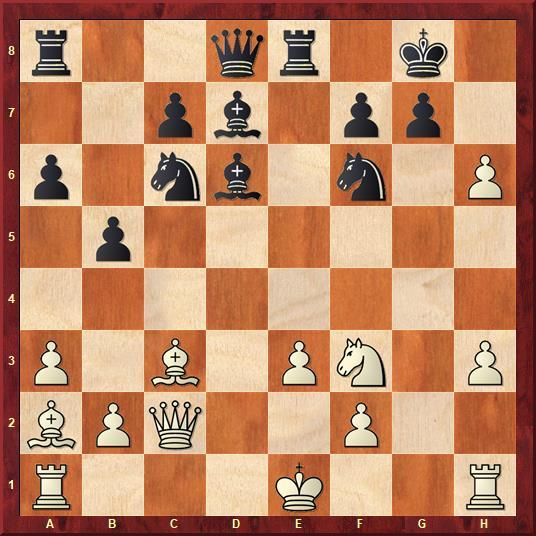 Although white is a piece down, all of his pieces are staring down at the black king and the forthcoming attack looked very dangerous. In the diagrammed position, white threatens devastation with Qg6. Vidit parried the threat with 17…Be6 but after the exchange of bishops, the white rook joined the party via g1 and black wasn’t able to survive the attack.

In the third decisive game of the day, GM Sam Shankland, after five draws and a loss, finally scored his first win of the tournament over GM Jorden van Foreest. The two had played a fairly balanced game in an English Opening when a slight misjudgment on the part of van Foreest put black under pressure. 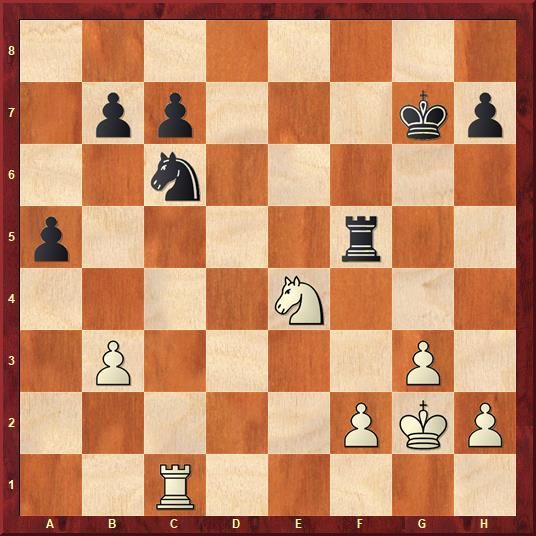 The position is equal to this point. But this is around where van Foreest began to crack. Play continued 29…Kf7 30.Nc5 Nb4 after which white lost a pawn. There followed 31.Nxb7 Rxf2+ 32.Kxf2 Nd3+ 33.Ke3 Nxf1. With an extra pawn in the knight endgame, Shankland went on to convert in 52 moves. 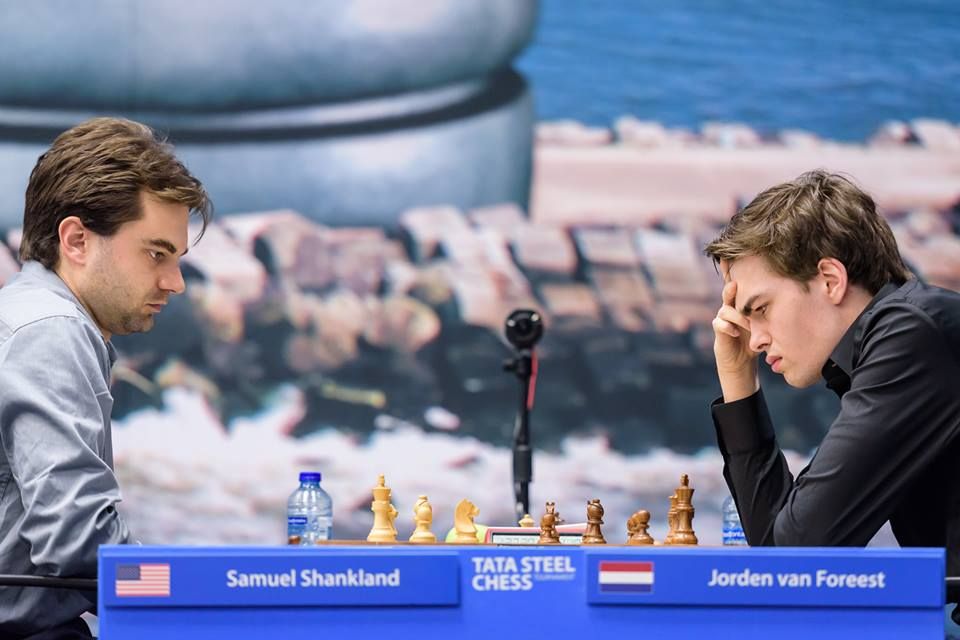 In the Challengers’ group, overnight leader, GM Vladislav Kovalev was joined by GM Maksim Chigaev who beat Elizabeth Paehtz in a Sicilian Najdorf while the former was held to a 26-move-draw by veteran GM Evgeny Bareev. 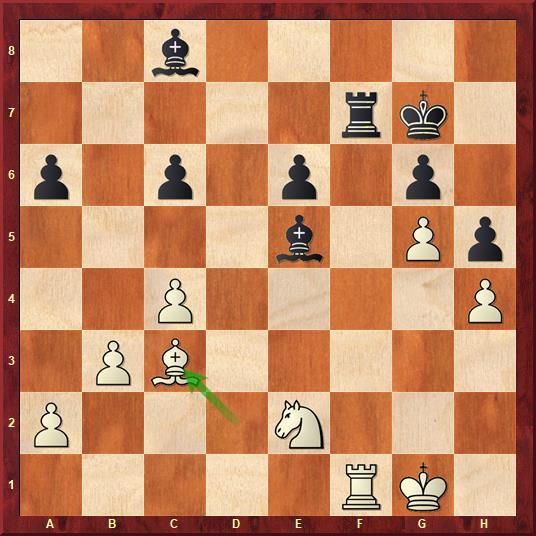 A pure knight versus bishop endgame was reached after 27…Bxc3 28.Rxf1+ Kxf1. White is better in the position since his queenside pawn majority can pull the black forces to the side while he gets a free hand on the other wing. Chigaev exploited this to the fullest and brought home the full point after 51 moves. 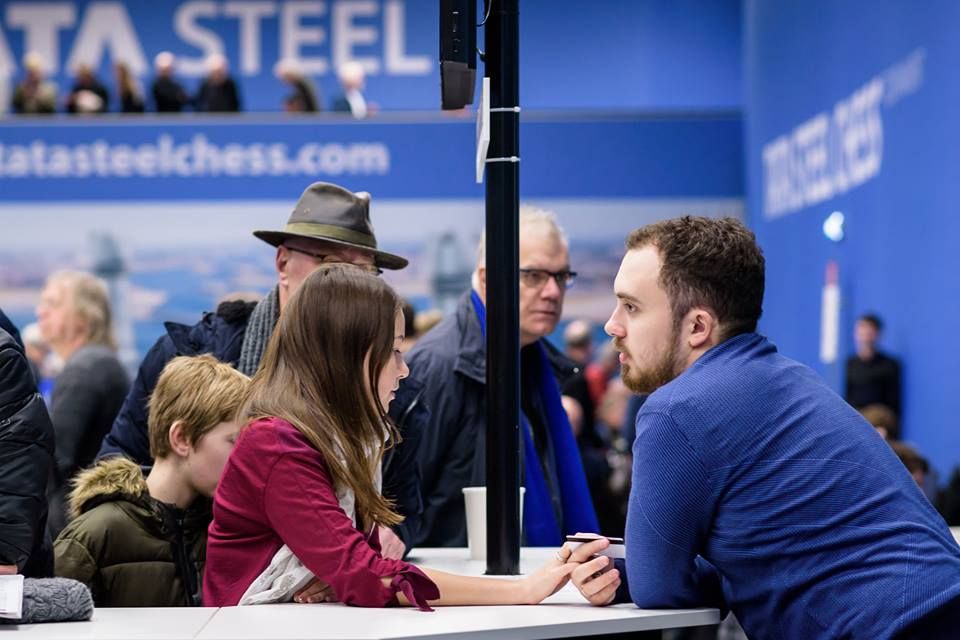 Meanwhile, R Praggnanandhaa also scored his first win of the event beating Stefan Kuipers in merely 23 moves. The young Indian Grandmaster showed some excellent home preparation in the Classical French to pull off an entertaining miniature. 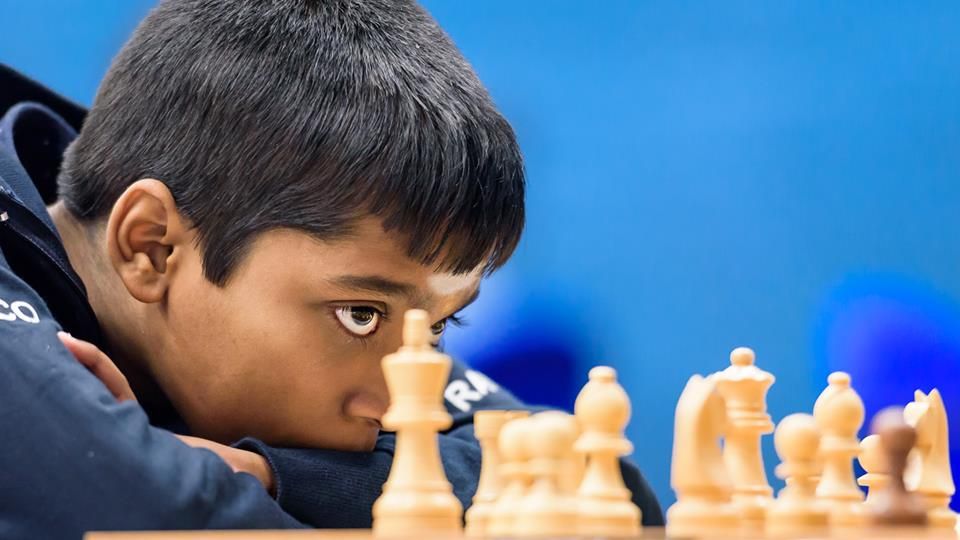 After five draws and a loss, R Praggnanandhaa scored a fine win in round 7 | Photo: Alina L'ami