Going into the fourth round, Vidit Gujrathi continued his great form at Tata Steel Chess, beating Jorden van Foreest in an equal endgame. As white, the Indian ace had an extra pawn in an endgame with bishops of opposite colours, wherein he took advantage of his opponent's misjudgement to clinch the full point. Anish Giri also won his second game of the event against Richard Rapport to climb up to the joint second spot. Vishy Anand, in the meanwhile, was held to a tepid draw by Teimur Radjabov. In the Challengers', Vladislav Kovalev won the only decisive game of round 4 to join the tournament leaders at 2.5/4 while Praggnanandhaa signed peace with Vincent Keymar in a Queen's Gambit. Round 4 report.

Before Tata Steel Chess began, Vidit Gujrathi, who was to make his maiden appearance in the Masters segment, had mentioned this being the biggest tournament of his career and that he was looking forward to showing some of his best chess. Four rounds have passed thus far and Vidit has managed to remain unbeaten. In round four, he even scored his first classical win of the year, over the local lad, Jorden van Foreest. 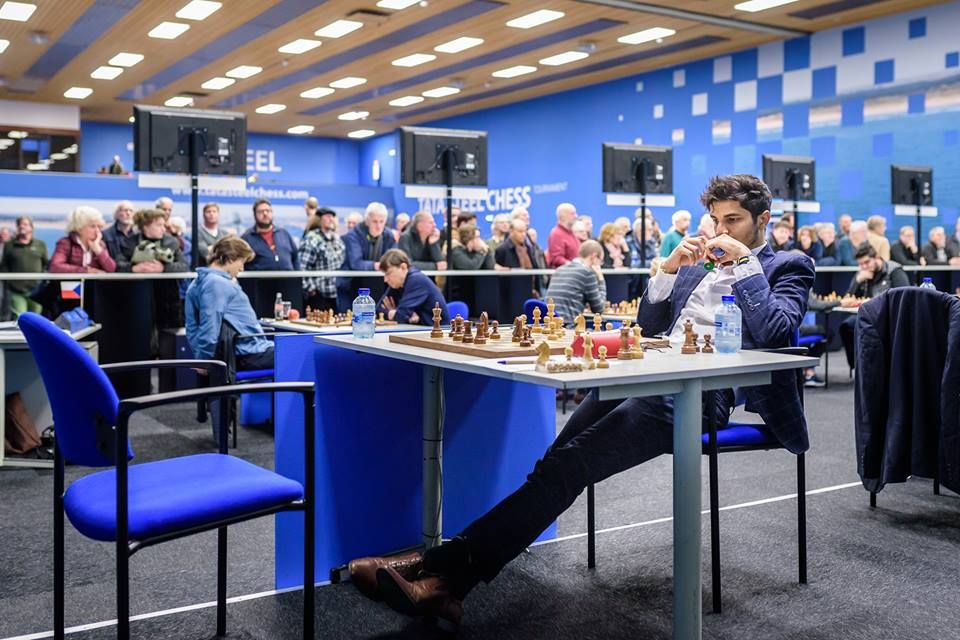 Vidit won his first game of the tournament (and the year) in round 4 | Photo: Alina L'ami

Yesterday, Vidit Gujrathi had given us all a glimpse of his unrelenting fortitude as he came out unscathed, defending a pawn down endgame for almost seven hours against the mighty Magnus. Today, the young Indian star was on the other side of grind; he was the one with the extra pawn. 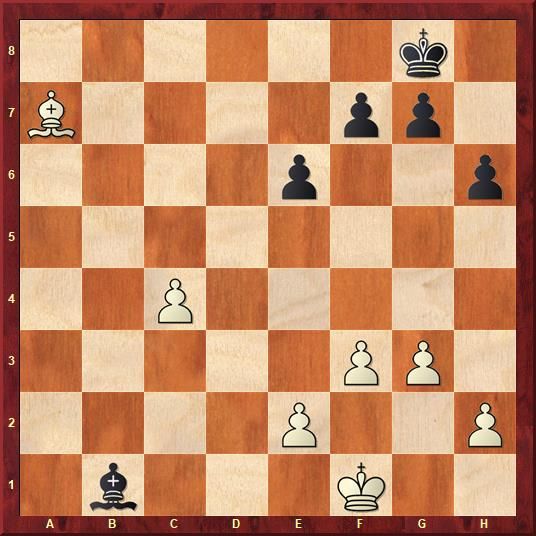 The pawn endgame looks rather drawn due to the presence of the opposite coloured bishops, but as Najdorf’s grandmother used to say, ‘better pawn up than pawn down!’

Vidit, too, did not believe that his extra pawn would lead him anywhere. He explained after the game that all van Foreest had to do was to put his bishop on the d1 square and keep Vidit’s king tied to the defence of the e2 pawn. If white moved his kingside pawns, black’s defensive task would have become easier.

“When this happened (the bishop endgame), I was not really expecting to win. But I thought I had a pawn so why not try,” Vidit said after the game.

Further, Vidit pointed out that van Foreest had seen the aforementioned defence but decided to deploy it after the white pawn had reached the c7 square. As it turned out, this was not the right way to go. 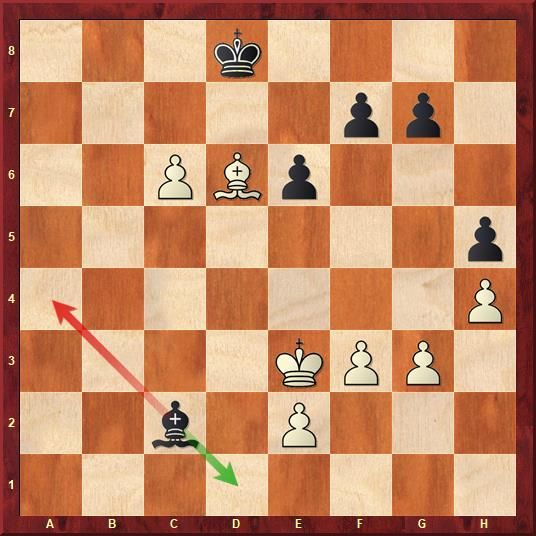 This is where Vidit thought 36…Bd1 was necessary. Van Foreest went his own way, though, with 36…Ba4, forcing the white pawn forward.

In the opening, however, the young Dutchman was excellently prepared and was duly praised by his Indian opponent. “I felt at some point that I was playing against his computer because he was just blitzing out all the moves,” Vidit said.

The second victor of the day was Anish Giri, who got the better of Hungarian GM Richard Rapport, in an unusual queen’s pawn opening. During the game, the tournament’s official commentators weren’t sure what was going on in the opening. When Anish was asked to shed light on the situation, he had a witty remark to make: “I didn’t know. Usually, when I really have no idea what both sides should do, I assume it’s equal; so, I assumed it was equal,” Giri said. 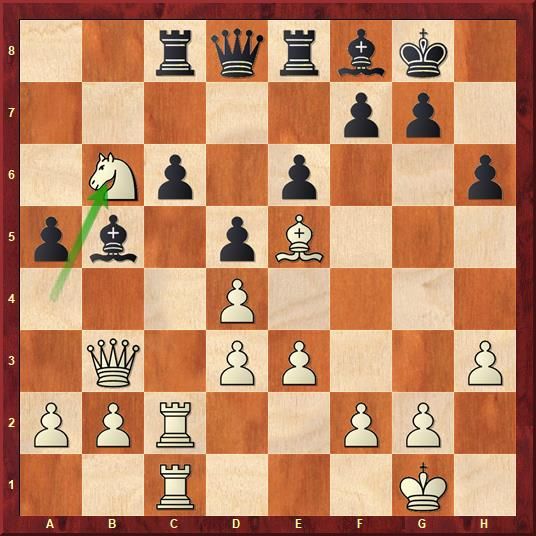 He also noted that during the game, he thought that the side to do something would be at a disadvantage. “And finally he (Rapport) took on b6,” Anish added with a smile. That in conjunction with Rapport’s draw offer that came with his 23.g4 was, in Anish’s opinion, “a recipe for disaster”.

Anish Giri, on his second win of the tournament | Tata Steel Chess

The top Indian Grandmaster in the fray, Viswanathan Anand, was also unable to get much out of the opening with the white pieces. Teimur Radjabov had essayed the Berlin against his 1.e4 and Anand, despite having avoided a queen trade with the 5.Re1 variation, did not manage evading an equal endgame eventually. Peace was signed after 30 moves of play. 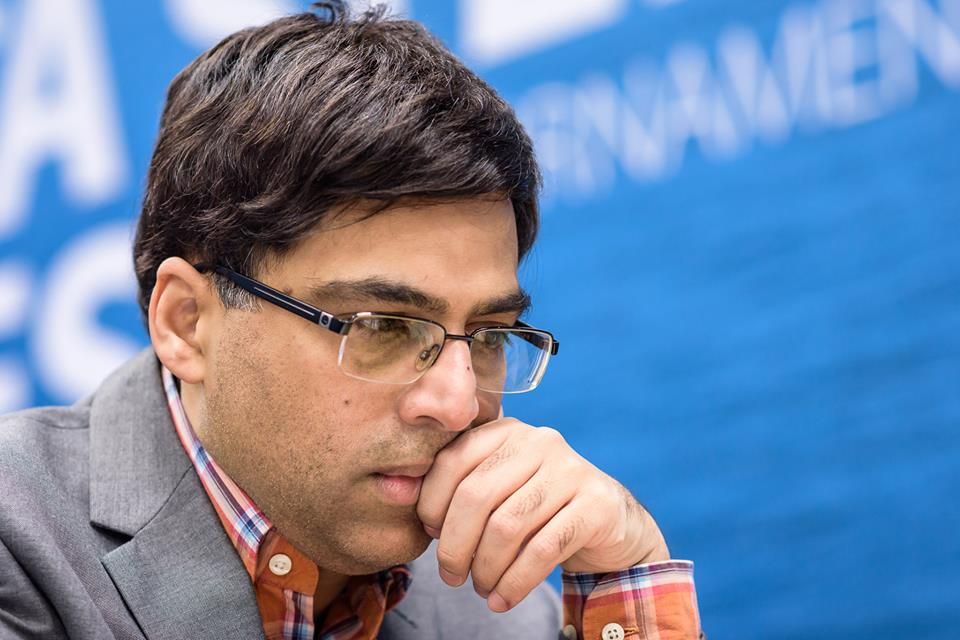 Only one decisive game was seen in the Challengers’ group and that was the one between Vladislav Kovalev and Lucas van Foreest. Like the other games of the round, this one also seemed to be drifting towards a draw. It had begun with the Berlin, and had remained balanced for the most part but the rook endgame that was reached soon began to sharpen. 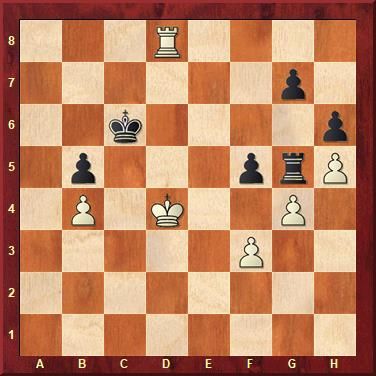 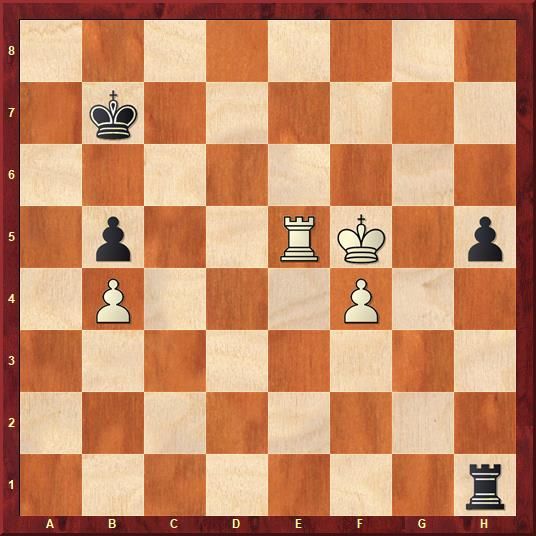 The position is still equal here but black needs to seek counterplay immediately with 68…h4. Instead, van Foreest tried to save the b5 pawn with 68…Kc6. There followed 69.Ke6 h4 70.f5 after which white’s passer turned out to be much faster.

In the clash between the two youngest players in the fray, R Praggnanandhaa and Vincent Keymar, the latter had sacrificed a pawn for the initiative from the white side of a Queen’s Gambit. But Prag, after hanging on to his extra pawn for a while, returned it at a timely moment to liquidate into an equal endgame. 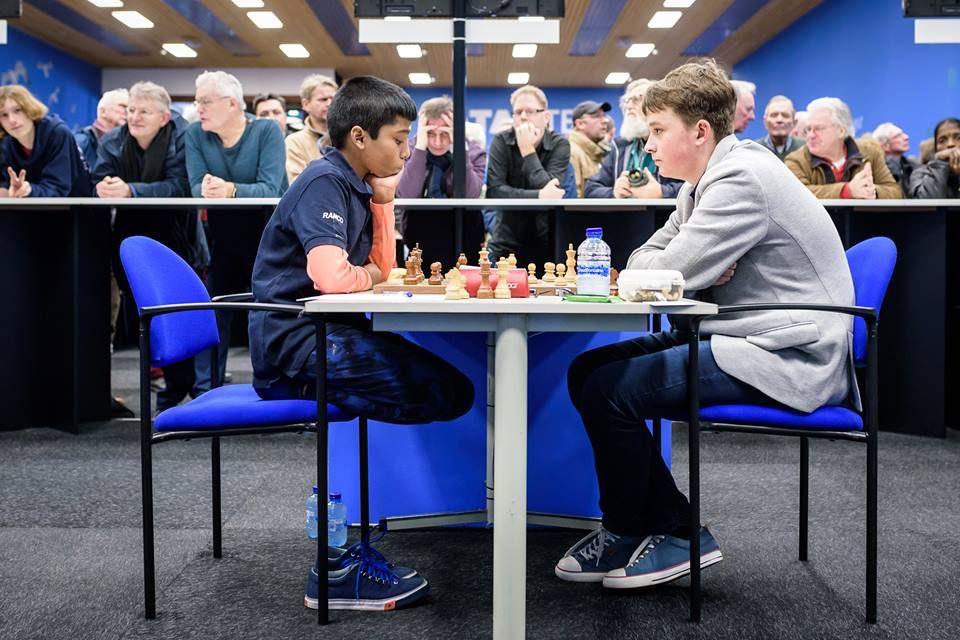