The eminent German composer Fritz Emil Giegold specialized in creating problems that strikingly lacked variations. In a typical Giegold composition all Black moves would be forced and White's play would exhibit one after another stunning paradoxes. It is astonishing how much depth he could capture in a single neat mainline spanning just few moves. Today in this article, the author Satanick Mukhuty, takes you on a little trip into Giegold's esoteric mind and unravels some of his lucid yet eccentric masterworks that made him one of the most loved composers of his day.

From time to time excellent chess problems are brought to my notice thanks to the many ebullient problem amigos I have online! The following too was posed as a challenge by a friend on Facebook. I have actually had some prior experience solving positions like this where Black's pieces are highly restricted, so I presumed it wouldn't be very difficult. I knew it was all about finding the right moves for White, Black's play would be forced anyway. But as time passed, to my utter confusion, the solution completely eluded me. I accepted defeat after about half an hour of thought and looked it up on the database in desperation. What I discovered next was indeed so magnificent that it at once mitigated my pain of failing as a solver! 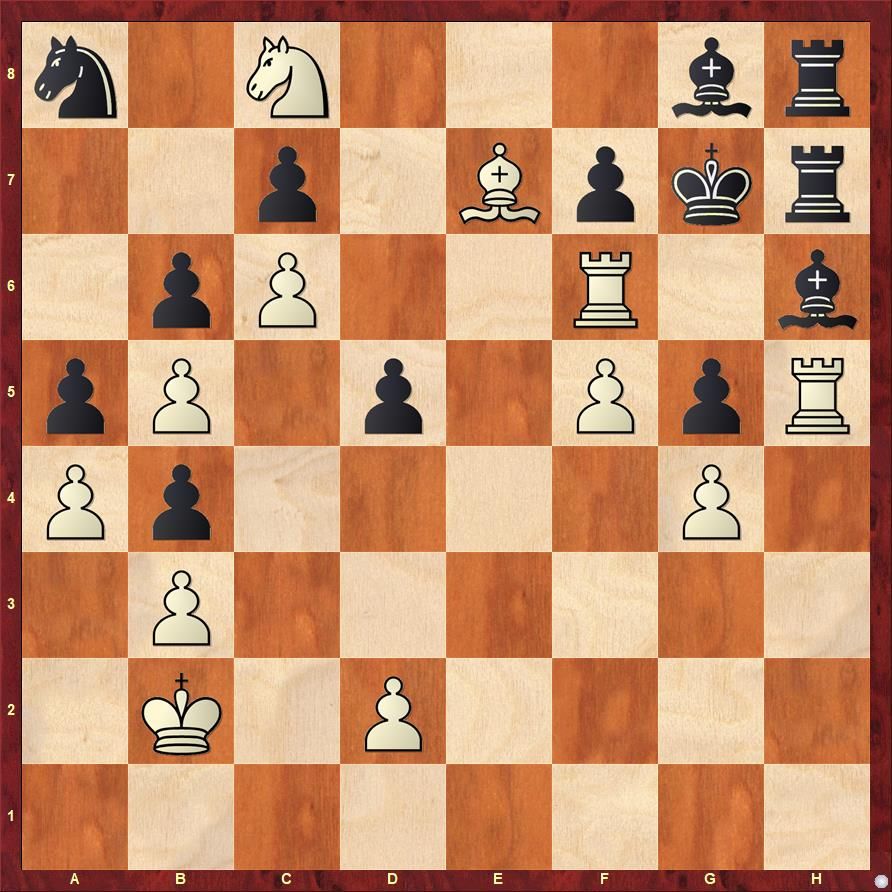 White to move and mate in 6

Take note how except the pawn on d5 every other Black piece on the board is immobile. The aim, while solving such problems, is to force black to play exactly one move on each turn and achieve the task neatly in just a single variation. Here solution begins with 1.Rh1! d4 2.Ra1! d3 and now White has to create a move for Black or else it will be a stalemate, hence 3.Ra3!! is played, 3...bxa3+ 4.Ka1 a2 follow next. A bizarre scheme has transpired, the rook was taken all the way from h5 to a3 only to be sacrificed, but to what end? 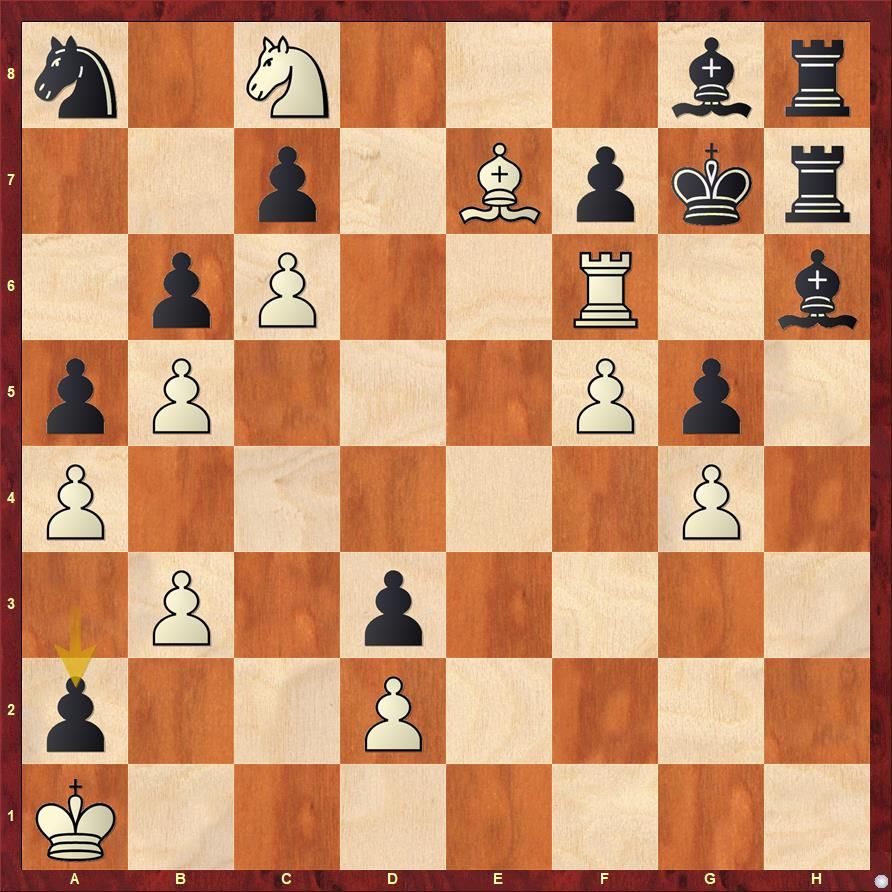 Do you see the point behind this strange rook sac? It is now White to play and mate in 2!

I hope you are able to spot it. The move is 4.Ba3! sacrificing the rook on a3 was actually a superbly concealed square clearance idea! Black's only legal reply is 4...Kxf6 which enables 5.Bb2# - what a beauty! It is purely imaginative and there is absolutely no calculative element in it, once you see the solution (like I did!) the idea immediately stands clear before the eyes! Inspired by this little excursion on Facebook I decided to explore the composer Fritz Emil Giegold more deeply. Earlier I had read about him in my favourite chess book Secrets of spectacular chess by Jonathan Levitt and David Friedgood where the authors describe him as "a master of depth among problemists". I was totally determined to crack quite a few of his problems unaided this time. 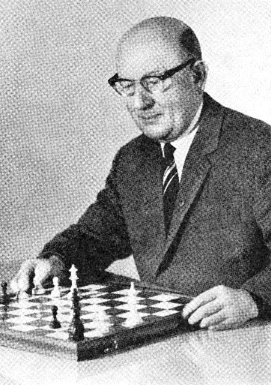 Fritz Emil Giegold composed around 800 problems which earned him the nickname "Rätselonkel" (Uncle Puzzle) in the problemist circles! | Photo: SSZ 1967

Fritz Giegold (1903 - 1978) famously put mystery above everything else in his compositions. His expertise lay in problems like the one we have just seen where Black's play is forced but White's moves are deep, paradoxical, and well-hidden. Without further ado, let's now check out some more gorgeous Giegold gems! 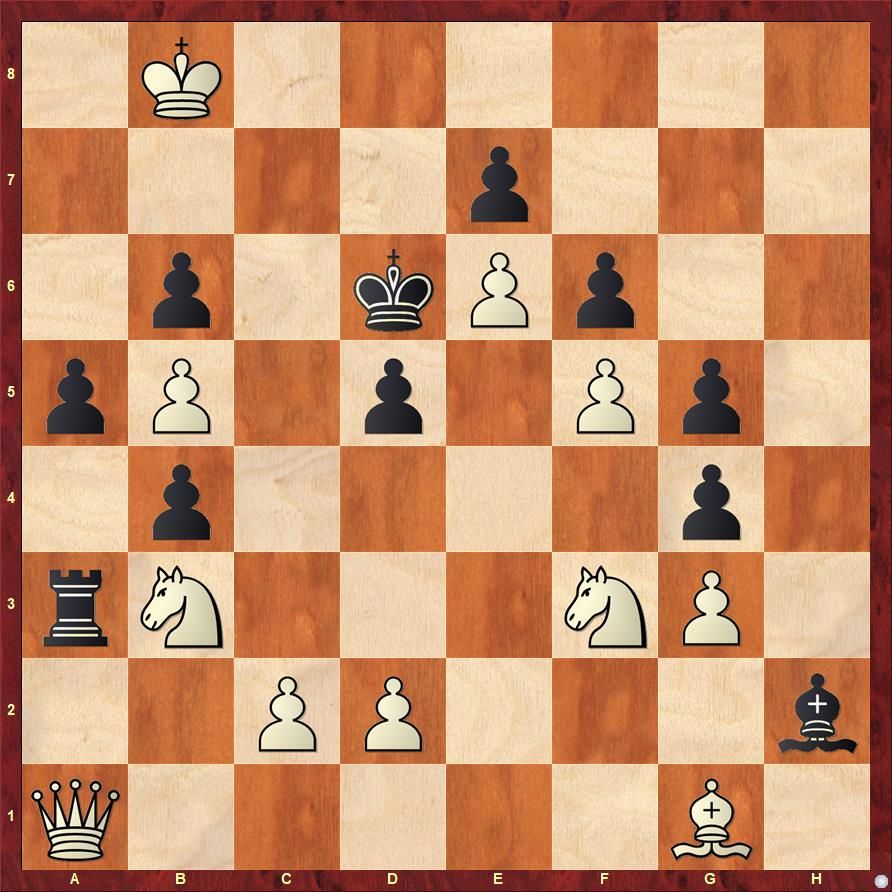 A quintessential Giegold three-mover as is evident from the improbable first move of the solution which is 1.d4! Why does White have to deliberately block his queen and bishop's diagonal? The logic is deep, White now threatens both 2.Ne5 followed by 3.Nf7# (if 2...fxe5 3.dxe5#) and 2.Nc5 followed by 3.Nb7# (if 2...bxc5 3.dxc5#); Black can't parry both of these threats together. 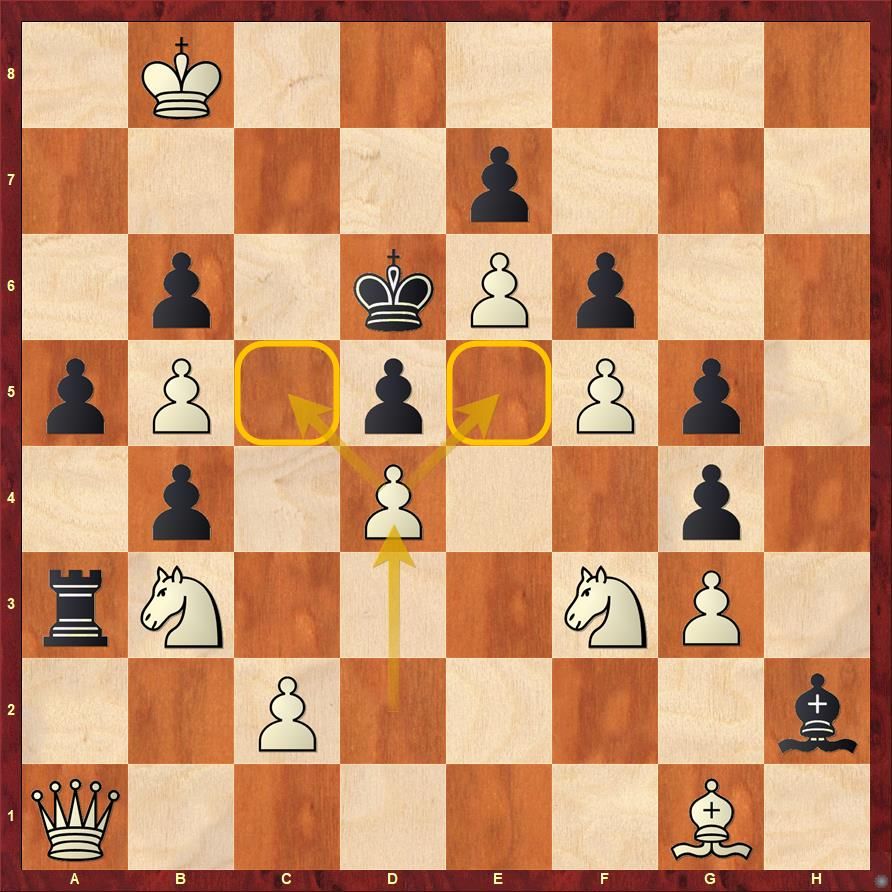 An absolutely stunning key - Can you work out the rest of the details?

Replay the solution with all variations below: 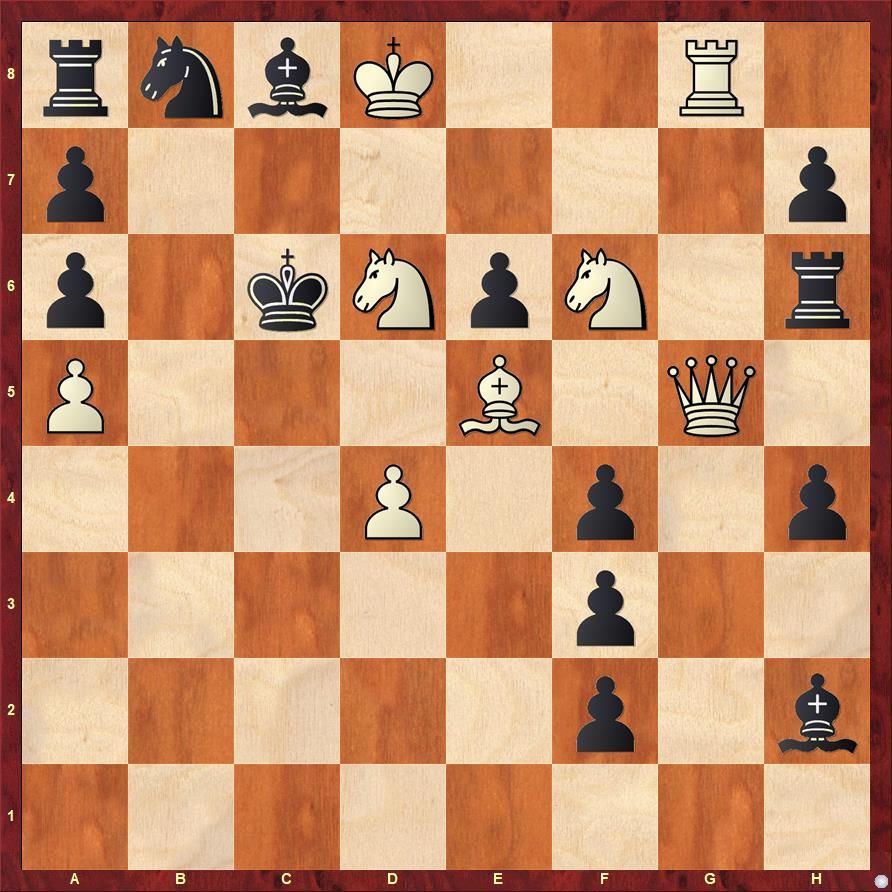 White to move and mate in 4

If a book is written on problems with most unlikely solutions then this little masterpiece would certainly make into it. Here not just the key but also the move after that are dynamites! The solution begins with the spectacular 1.Qg2! - I found it in seconds because by now I had gotten a hang of what Giegold problems are made of - Black has to take the queen as 2.Qxf3# is threatened, and if something like 1...f1Q is played then simply 2.Qc2+ is followed by mate. 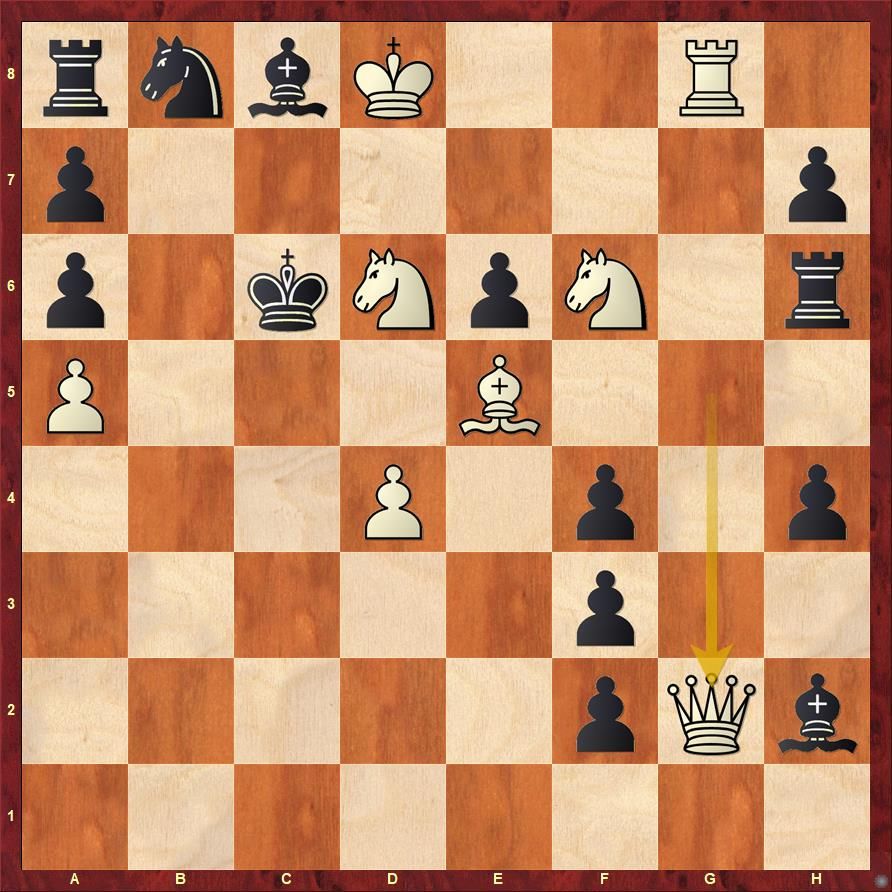 If your intuition naturally suggests a move like this then thou art a genius!

Black is forced to play 1...fxg2, this clears up the third rank and in comes 2.Rg3!! - as if sacrificing the queen on move one wasn't enough! Again, Black can't help but accept the sacrifice as 3.Rc3# is threatened. Whichever way the rook is captured, White is now able to execute 3.Ng8 followed by 4.Ne7# - brilliant! This is a stupendous illustration of clearance theme. The queen sacrificed itself to clear the g-file and third rank for the rook, the rook in turn gave itself up to free the g8 square and facilitate Ng8-Ne7# idea! 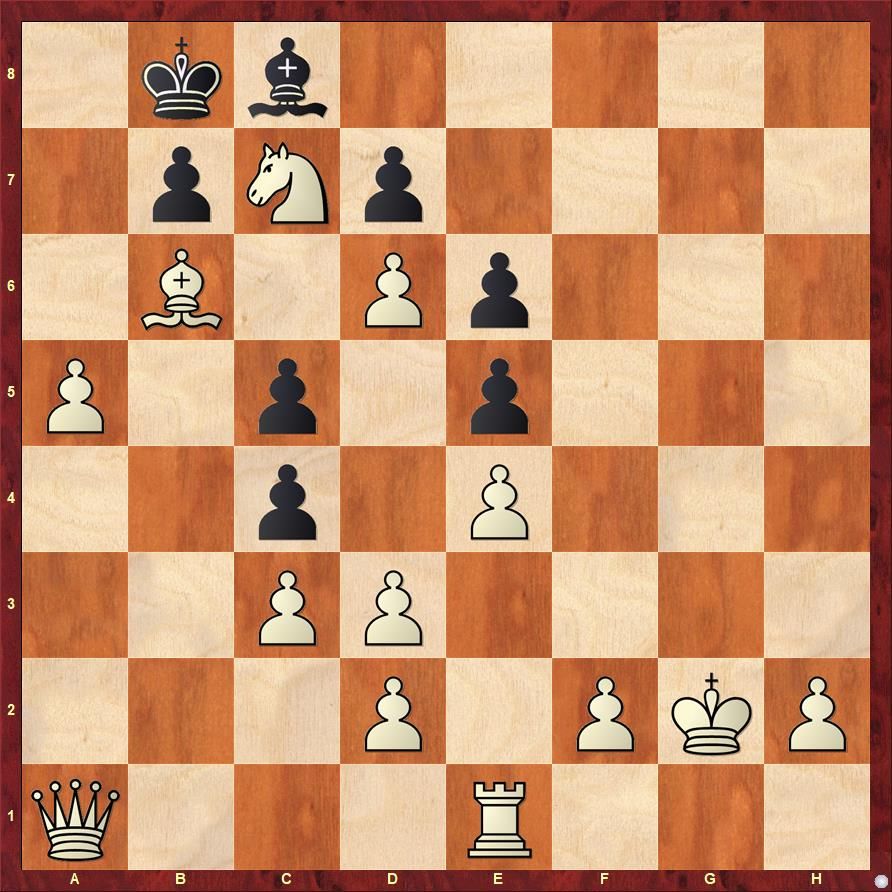 White to move and mate in 4

This problem would have been a worthy inclusion in my previous article Invisible squares and hidden lines for it is really a phenomenal specimen of Bristol maneuver and line opening. The key is 1.Rh1! (Remember Healey's problem?) that crosses over the critical square g1 so that now the queen can occupy it. 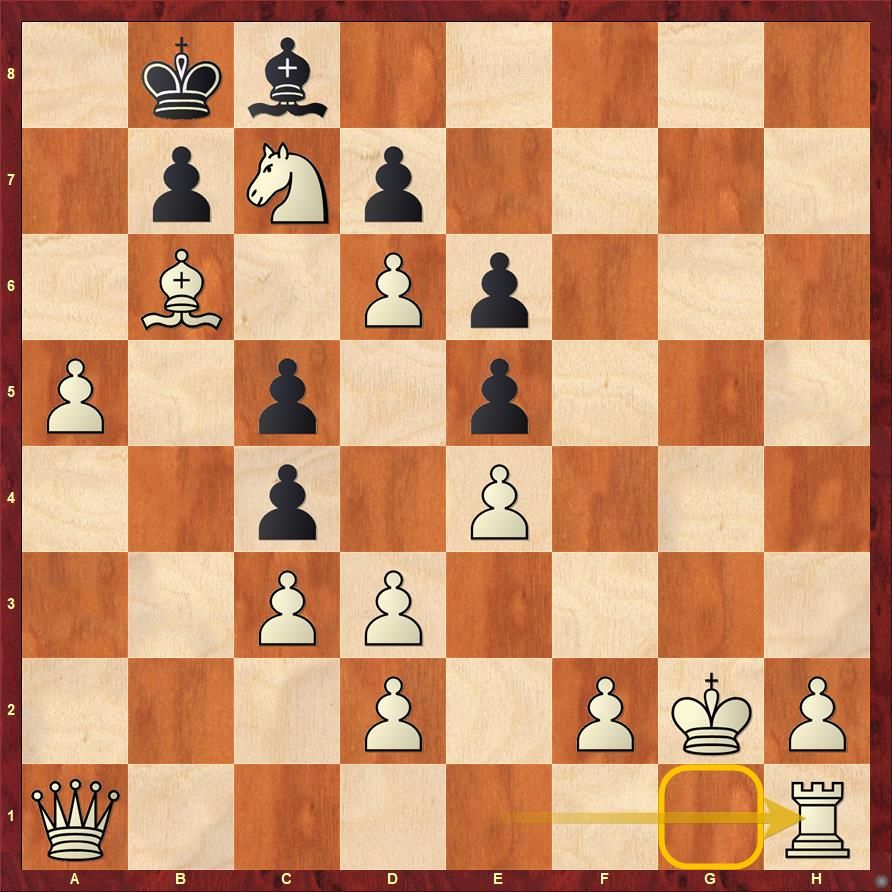 The Bristol geometry in play!

Black plays what is the only move in the position 1...cxd3 and now 2.Qg1 c4 3.f4! White prevents stalemate at the same time removes the last interfering unit on g1-a7 diagonal, 3...exf4 is forced and this leads to 4.Ba7# - cute! 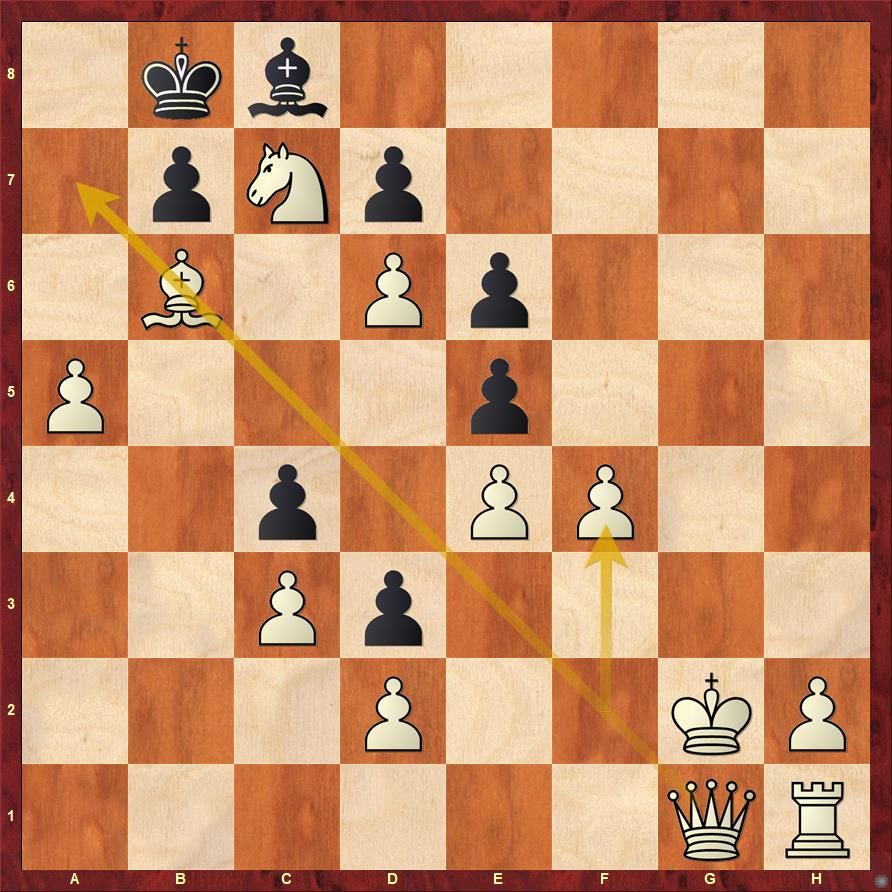 The problem not only demonstrates Bristol but also opening of the"hidden" g1-a7 line which is realized in the course of the solution! 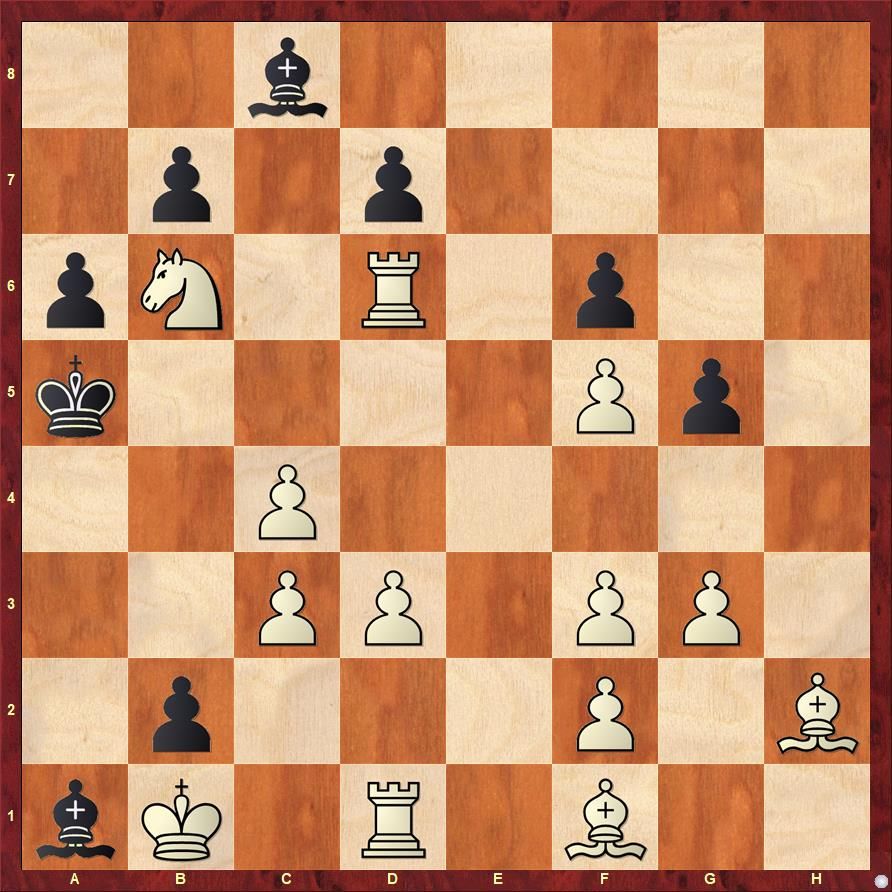 White to move and mate in 5

If you enjoyed these problems then I recommend you to look up on yacpdb.org for more examples. There are hundreds of them and each only more beguiling than the last!