After a successful first article - the problemist diary Part I, which was well received by our readers, Satanick Mukhuty is back with part II. The topic of this edition is "Some more terms and themes". When you go over the article you realize that solving composed problems or studies, much like chess positions, is a lot about understanding the patterns and themes. Terms like half-pin and third-pin seem difficult to comprehend at first. But when you delve deeper and go over these problems patiently, you will be improving your problem solving skills. This is exactly what we want to do with the Problemist diary series. We want to teach you and make you fall in love with the beautiful world of chess compositions!

Part I - Art for Art's sake

"Inspiration of a quasi-musical, quasi-poetical or to be quite exact poetico-mathematical type, attends the process of thinking up a chess composition" - Vladimir Nabokov

Welcome to the second part of the problemist diary series. In this article we have six more problems and we introduce new motifs and ideas through them. As the great Physicist Richard Feynman once said, "There is a great pleasure in recognizing old things from a new viewpoint"; part of the thrill in solving chess compositions lies in this, it often presents familiar devices like a pin or a fork in refreshingly new perspectives. Our first problem today is basically an exploitation of pin but it comes with a surprising twist, let's see how! 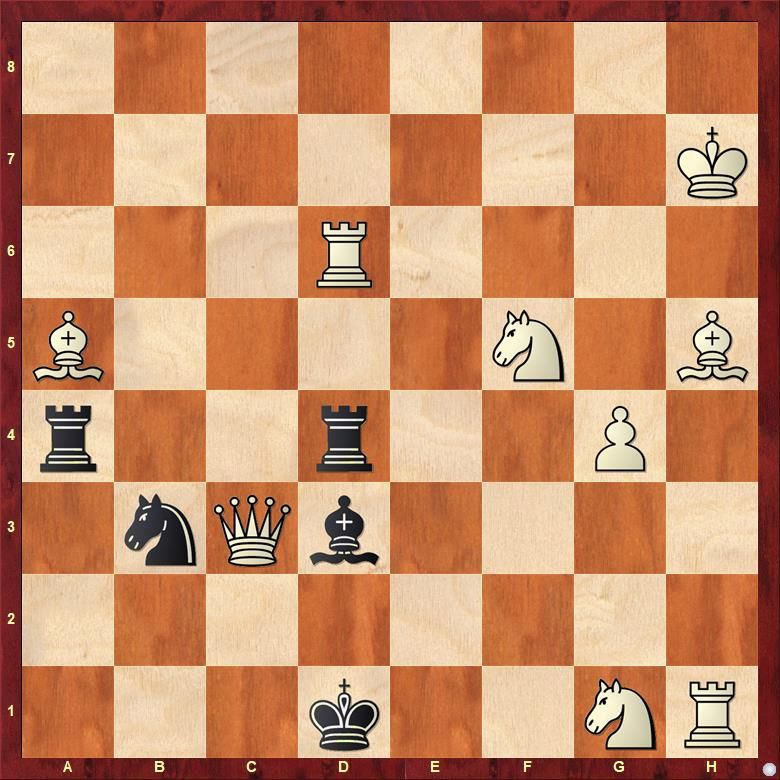 We begin by observing the effect of the white rook on d-file. The arrangement on the d-file in the above position is what is known as a half-pin, when either the rook on d4 or the bishop on d3 moves the other becomes fully pinned due to the white rook on d6. The solution begins with 1.Qb2! threatening 2.Ne2#, if Black defends against this with 1...Rf4 then the d3 bishop gets pinned and in comes 2.Nf3#. Similarly, 1...Bc2 2.g5#; 1...Bxf5+ 2.gxf5# happen due to the d4 rook getting pinned. 1.Qb2 is the key of the problem that leads to some exquisite pin-mates!

This idea of a half-pin can be generalized to what can be called a third-pin where three pieces stand (instead of two) between the black king and a white linear piece. Our next problem shows the effect of such an arrangement. But naturally it takes three moves to show a third-pin effect, so the following is a three-mover, our first so far. 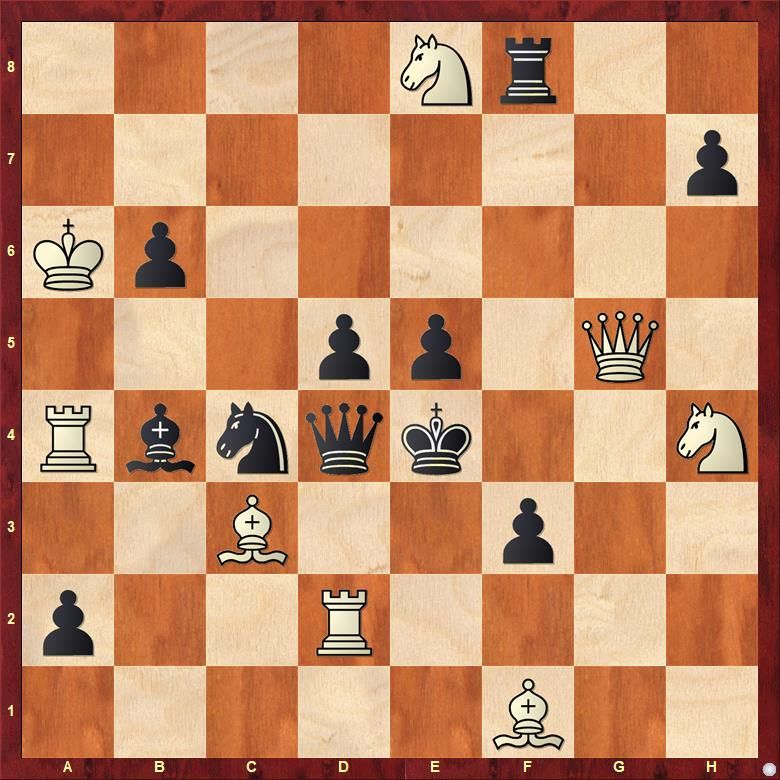 Notice the set-up on the fourth rank, three pieces - bishop, knight, and queen - stand between the black king on e4 and the white rook on a4. When two of these three pieces move, the one left will be fully pinned, White can then exploit that to achieve a pin-mate. The key move is 1.Ng2! threatening 2.Qg4+ Rf4 3.Nf6#, we elucidate the variations below:

A discussion on pins remains incomplete without quoting the following masterpiece by the great Russian composer Lev Loshinski! 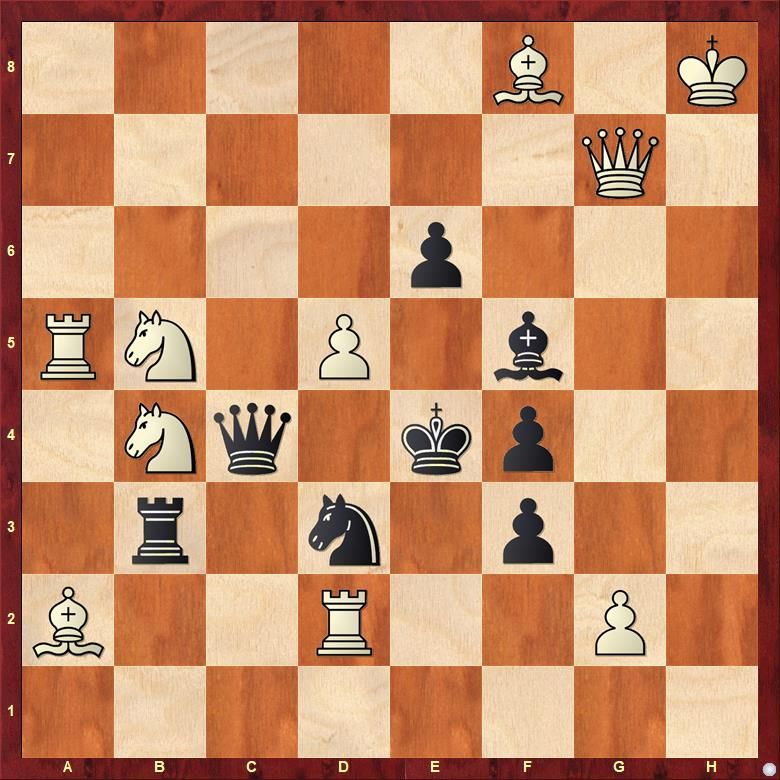 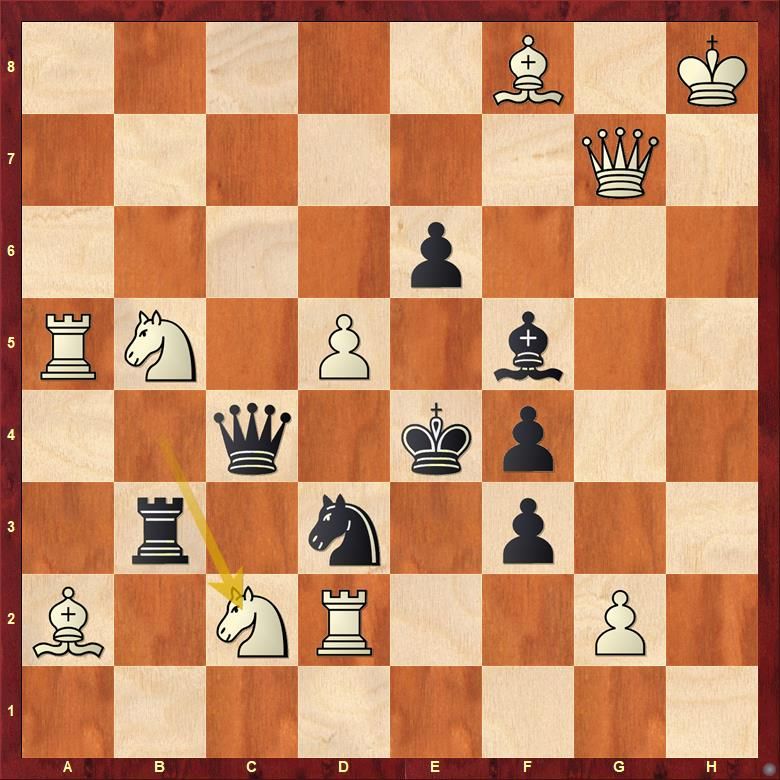 The entire problem is about finding the move 1.Nc2!

Now, the thematic variations are:

Observe, the moves Black plays in order to defend White's threat pins his own pieces (self-pin). The above mates (pin-mates) are by virtue of triple self-pins of the black knight, queen, and rook that are miraculously realized in the course of the solution. Some other possible non-thematic variations are as follows:

Play the thematic lines out here:

Next, we revert back to two-movers and introduce a new theme, namely half-battery.  Just as in half-pin, a half-battery can be defined as an arrangement in which two pieces of same colour stand in between a linear piece and enemy king, so that moving either of the interposing pieces off the line would create a battery with the other. 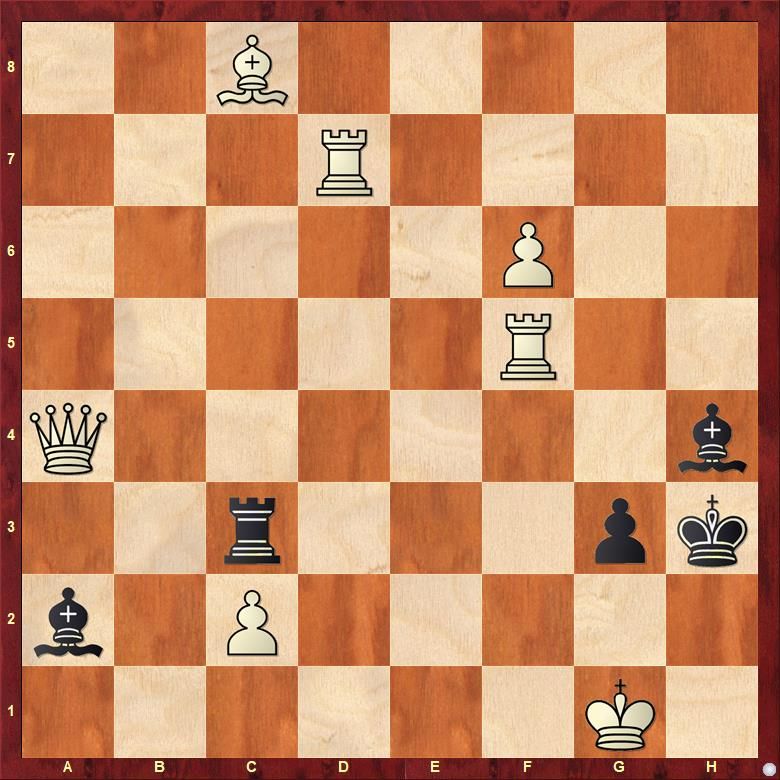 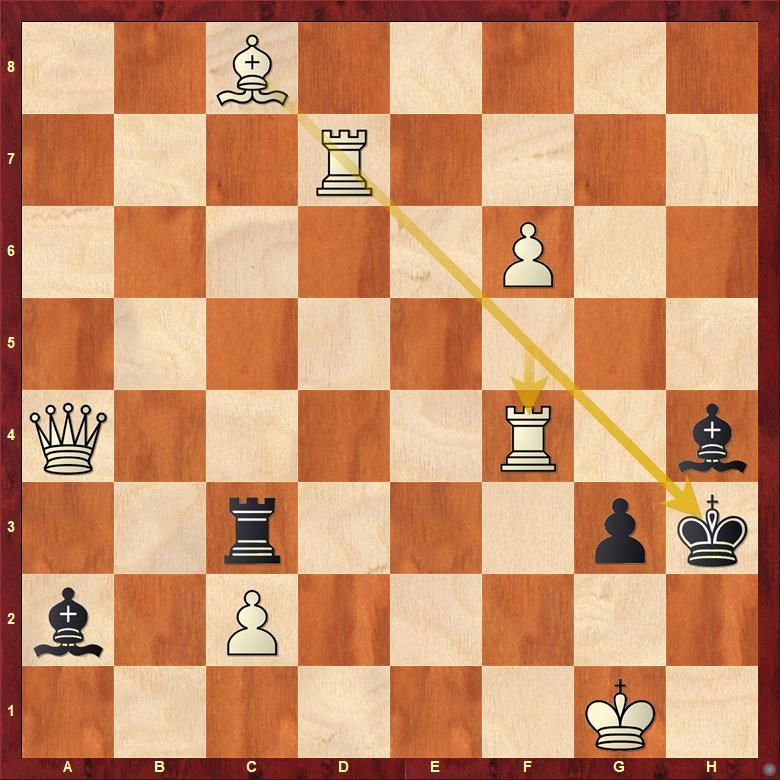 1.Rf4 is the correct way to activate the battery on c8-h3 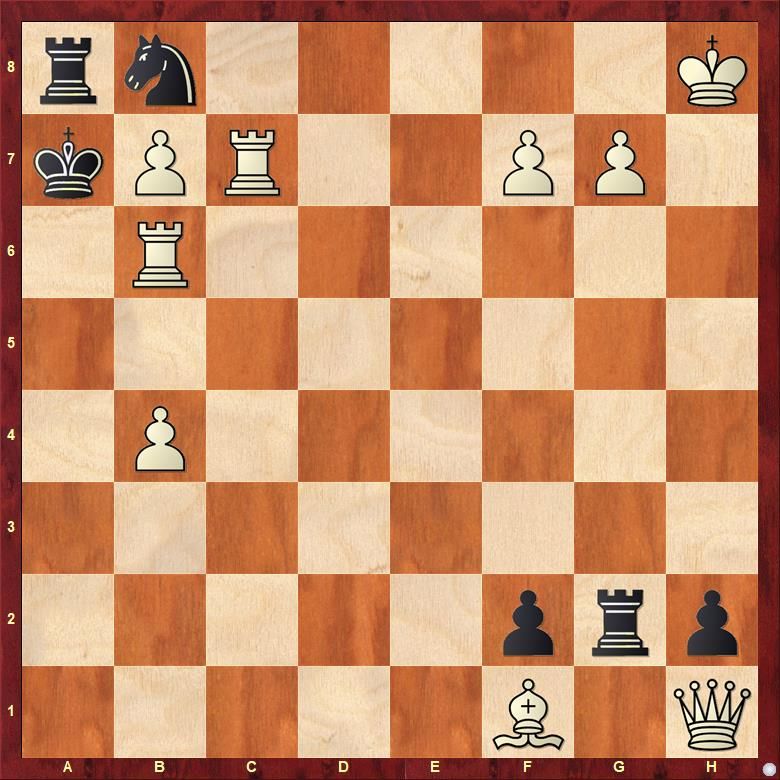 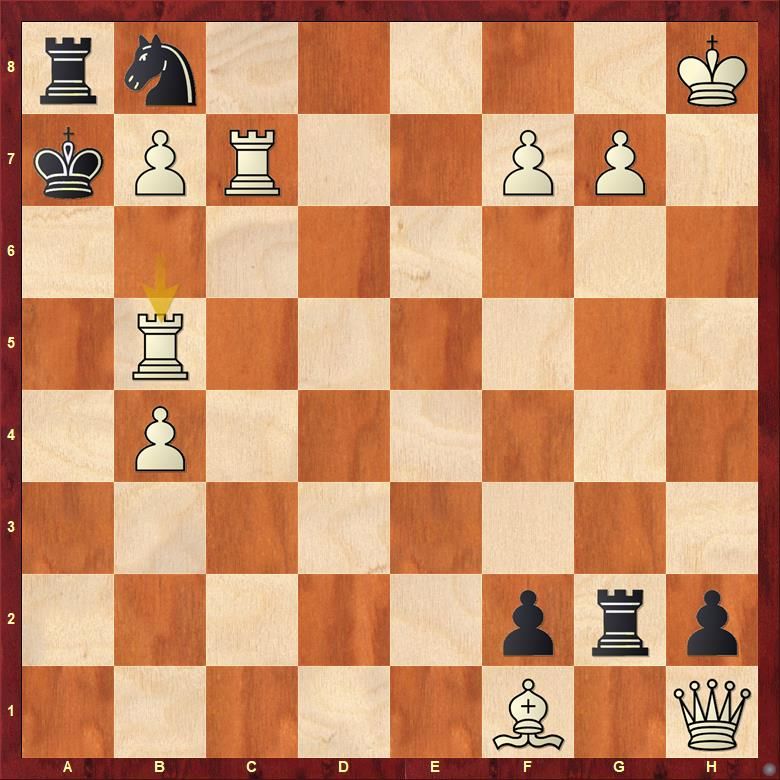 The set-play and actual-play are, what composers' call, two different phases of play. In the above problem the second mating move of White in the actually-play paradoxically differs from that of the set replies. A problem showing such a transformation is termed as a mutate.

In problem 5 we saw that a mate was set for every black move - this is known as a complete block. A block can be incomplete as well, meaning for some of Black's moves mates might not be ready. In such a case the key must either prepare mates for these moves or prevent them altogether. Our last problem is an example of the latter scenario. 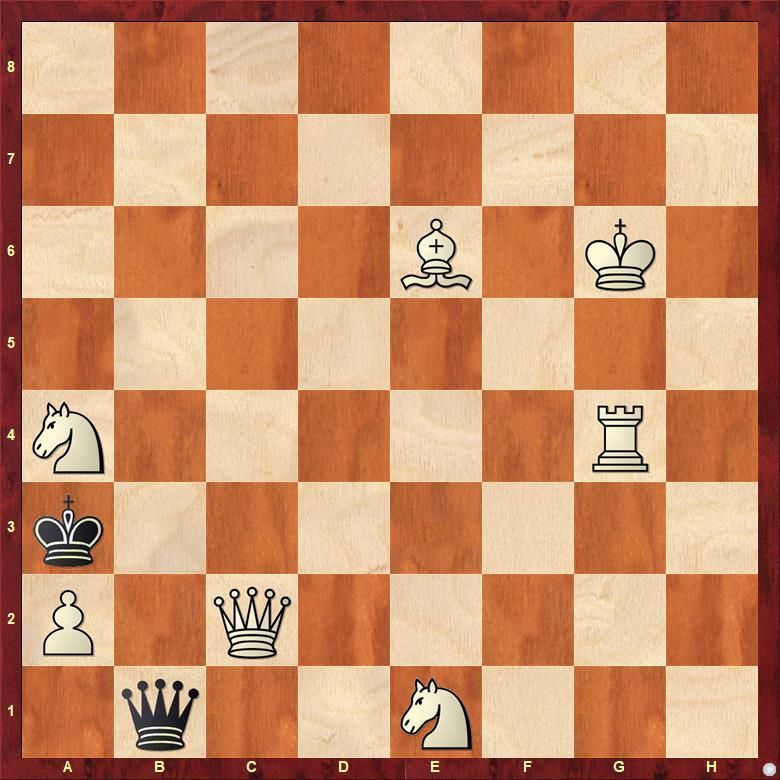 Here, any move of the Black queen on the b-file except b2 and b3 is unprovided. This observation actually leads us to the waiting key which is 1.Bb3! restricting the black queen. The variations thereafter can be played on the board below: