Sarath City Mall Hyderabad, in association with ChessBase India, invites chess lovers in Hyderabad to be a part of the first-ever Giant Rapid Chess Tournament. The event has a total prize fund of Rs. 27,000. The first prize is Rs.10,000 + Chess at DreamHack Pass of Rs.1299. The event is organized by Sarath City mall and there are no entry fees. All sixteen participants, who will be selected, will go back home with prizes ranging from Rs.500 to Rs.10,000. The two finalists will be awarded a free pass for Chess at Dreamhack for 3 days. Read the article to know all the details. 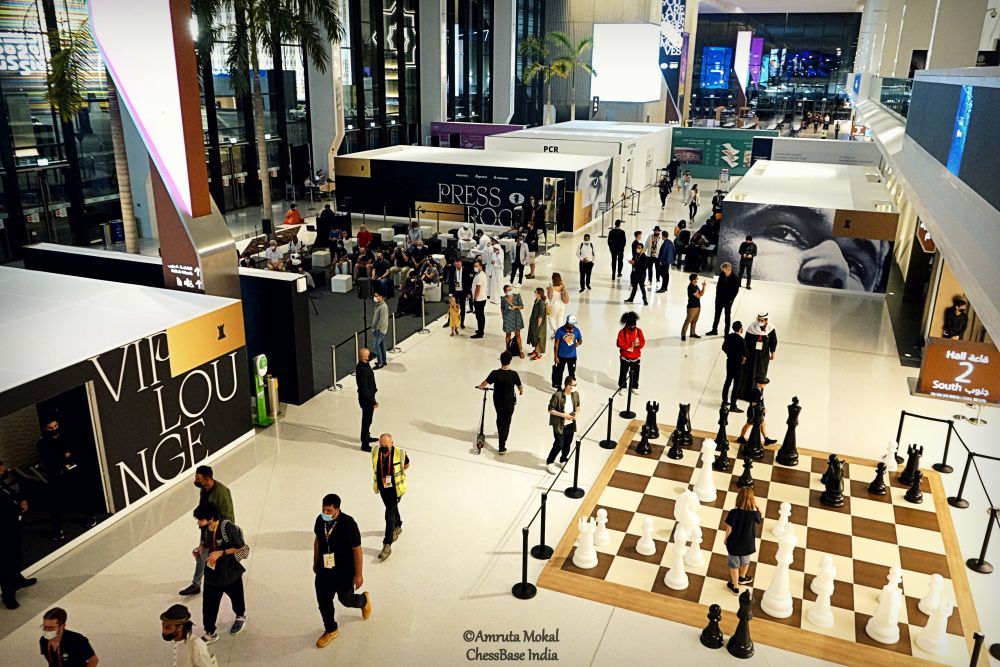 Do you remember this giant chess set?

The above is an image from the arena of the World Championship Match held in Dubai between Magnus Carlsen and Ian Nepomniachtchi. The area had a giant chess set where people would play a game of chess for fun! Have you ever wondered what it is like to play with such big pieces? What if there was a clock with a time ticking down! It would be an ultimate test of your physical and mental endurance. Don't you think so?!

Check out this exciting game between IM Daniel Rensch and GM Maxime Vachier-Lagrave as they play with a clock on a giant chess set!

Introducing you the first ever Giant Rapid Chess Tournament. This will be held at the Sarath City Mall (Gachibowli - Miyapur Rd, Whitefields, HITEC City, Kondapur, Telangana 500084) in Hyderabad on 22nd and 23rd of October 2022. This picture is from the Sarath City Mall which had the giant chess set placed a few weeks ago. This is the board on which you will be playing!
An aerial shot of the area, which is near the entrance of the mall

● Sixteen players will be invited to play in the two-day event.

● The games will be played on the giant board and with a time control of 10+0.

● Each player has to make a move, run to press the clock, and then return to their position to make the next move. (Penalties can be applied if players are not following the rules)

● Day One - The round of 16 will take place on day one and 8 players will qualify to the quarter finals, that will be held on day 2.

● The quarter-finals, semi-finals, and finals will be 10 mins each and will be played on 23rd October. 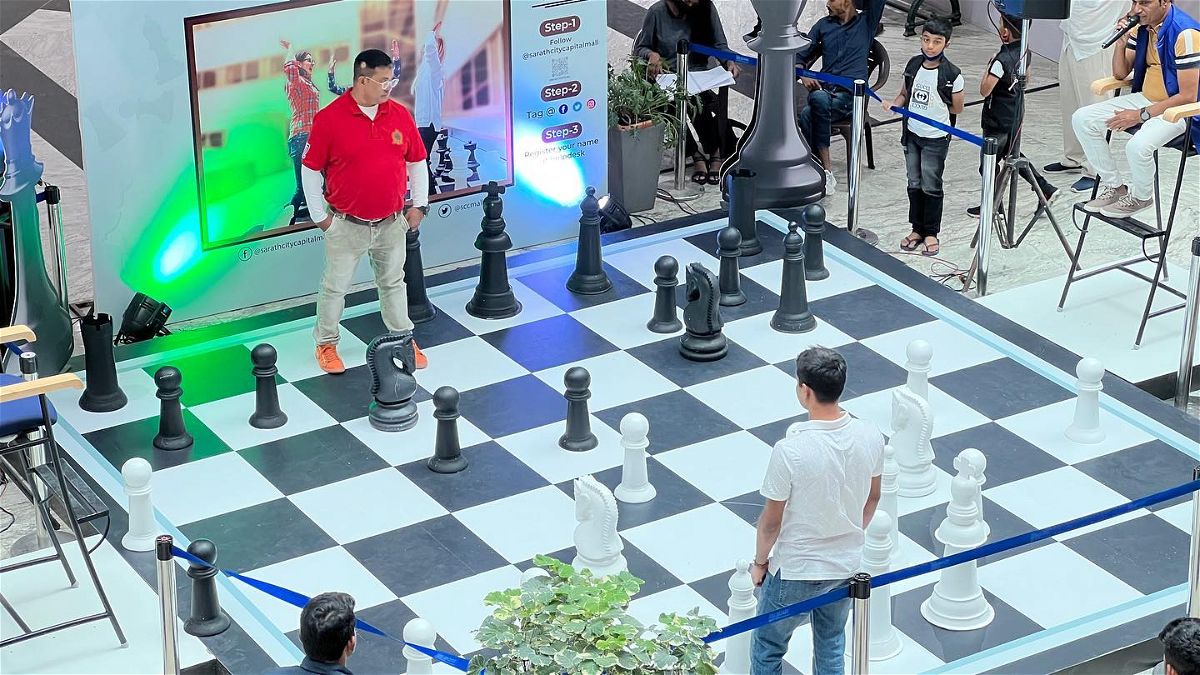 The game is the same, but the board is way bigger! It will be a new challenge.
A very unique idea by Sarath City Mall in the month of September

Fill in the form to enter the event

(The selected 16 players will get a call from us tonight)

Just in case you have missed filling in the entry form