Hyderabad Chess Centre launched by and for the chess lovers

Hyderabad has remained a sports loving city for a long time. The joint capital of Andhra Pradesh and Telangana witnessed many strong international chess tournaments. 17 chess enthusiasts and players decided to launch Hyderabad Chess Centre on 7th July 2021 which was inaugurated by K S Prasad, President of Telangana State Chess Association in presence of Guest of honour Mr. Jaikar Daniel, President, YMCA's of Greater Hyderabad and special invitees IM  P D S Girinath and former National 'A' player G V Srinivasa Rao. The idea for the formation of this chess centre is to give a place to practice chess, exchange knowledge and information with the enthusiasts of the sport. All photographs in the article are by Hyderabad Chess Centre.

We have started Hyderabad Chess Centre (a place for practicing chess, a place to meet, exchange knowledge and information of chess) at YMCA Secunderabad. This is going to have many chess books and would help as a library also.

There are many chess coaching centres in Hyderabad, but a club or chess centre is not there in Hyderabad.

The inspiration for this HCC was the famous Tal Chess Club, Chennai which was started in 1972 and was instrumental in the development of Chess culture and Chess boom in Chennai. Five-times world champion Vishy Anand also attended Tal Chess Club in his childhood and benefited a lot from there.

We are 17 members who have come forward to bear the expenses by contributing money every month to run the centre and decided to start HCC with the idea of giving back to Chess. Some other members contributed one time amount, chess material etc.

Brand new chess board and pieces

The following founder members (17) planned, did brainstorming  and worked for the last 45 days to make this idea work. The founder members of Hyderabad Chess Centre are:

Other members who contributed one time amount/chess material etc. are

Later FM Kandi Ramu joined as a Special member and FM Rishpal Singh and P Ramakrishna joined as ordinary members. With the help and continuous work of the above, HCC became a reality. 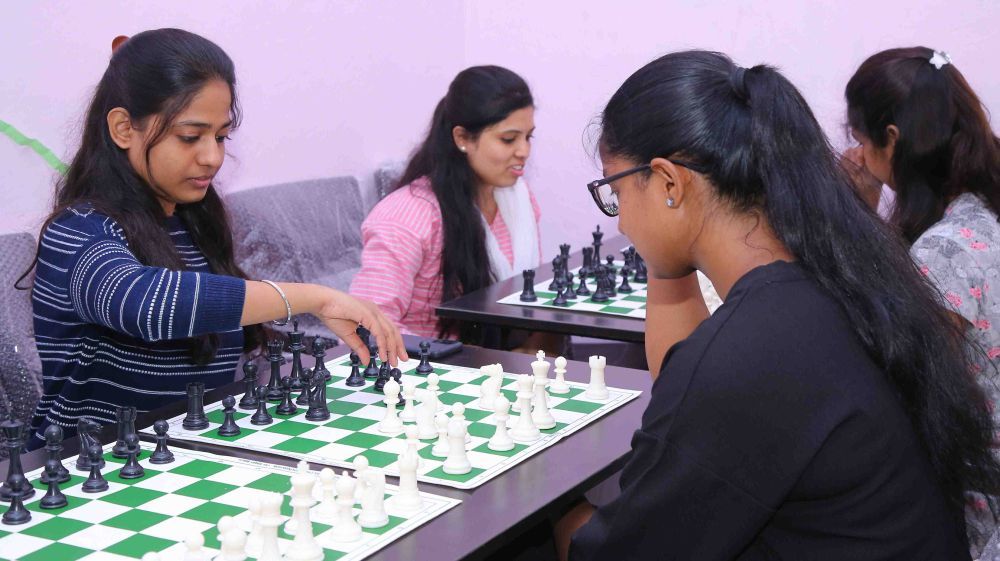 Players enjoying a game of chess at the Hyderabad Chess Centre 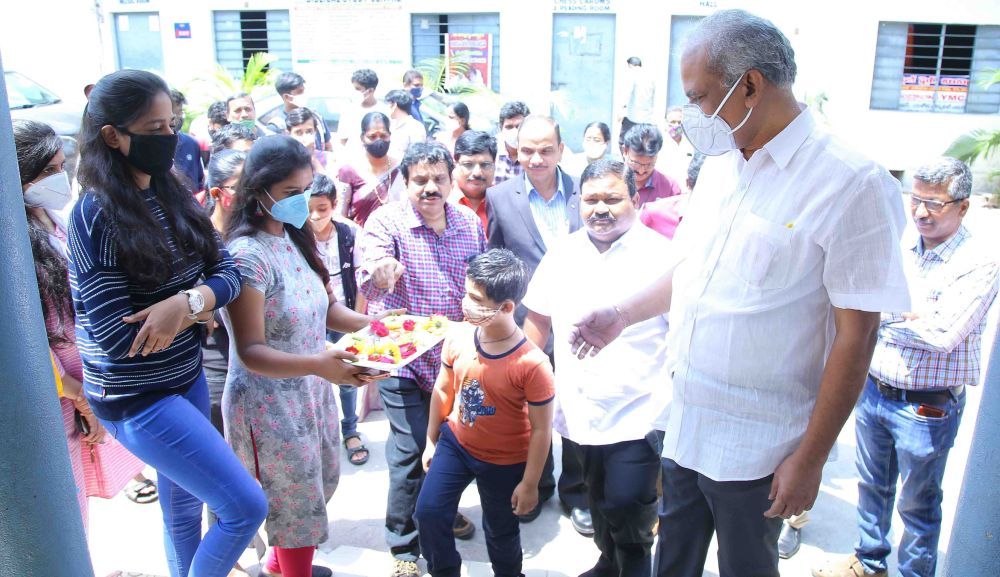 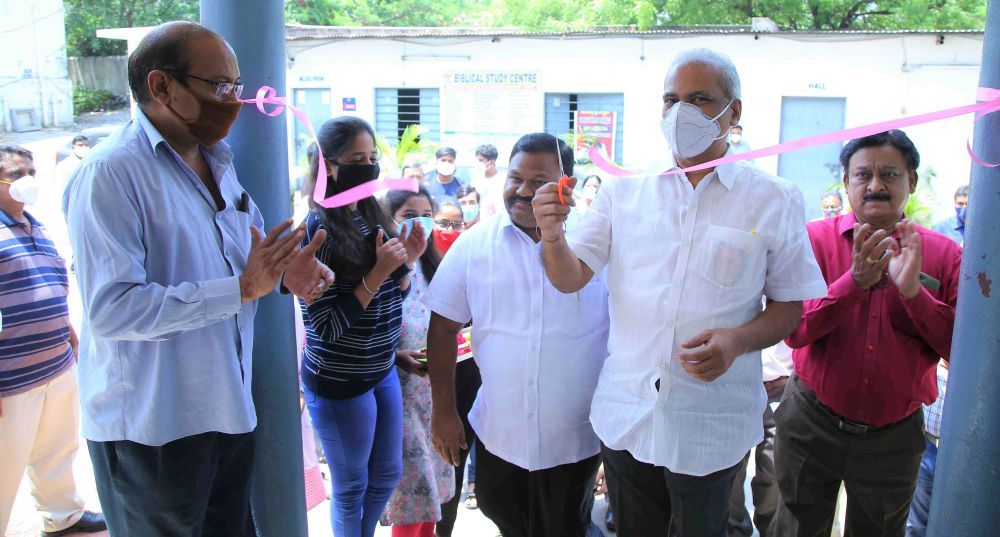 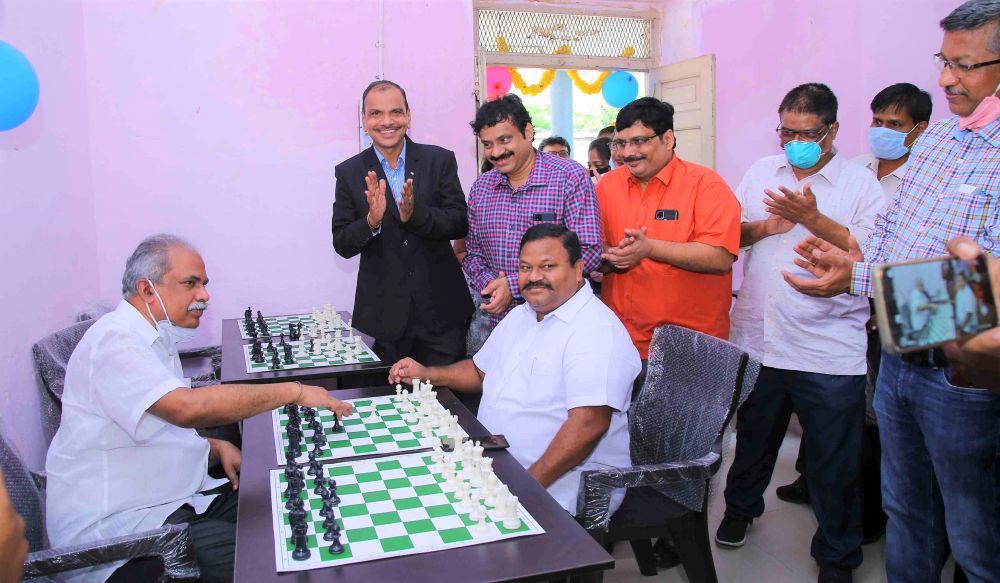 After ribbon cutting and inauguration meeting was over, a Simultaneous Chess display was performed by FM  S Rishpal Singh. He played simultaneous with 16 players. He won eleven games, drew with four and lost only one game. Players drew with Rishi are Surya Alakanti (1384), A K Raju (1309), Pranay Akula, and Murali Mohan (1309), Sohan Katragadda - an unrated player beat Rishpal.

All 16 players participated in Simultaneous match were gifted with a book Sampoorna Chadarangam worth Rs. 345. Those who attended the inaugural function were provided with snacks and lunch.

HCC plans to bring a positive change in Hyderabad Chess culture and hopes it helps in making strong players bringing name and fame to HCC, Hyderabad, Telangana and India.

Kandi Ravi is a FIDE Instructor, Senior National Arbiter, Arena International Master, FIDE rated player and a member of South Central Railway chess team. He is working in Railways at Secunderabad and also the President of HCC.