The ten rounds of Gibraltar Masters came to a conclusion yesterday with as many as seven players finishing tied for the first place. Based on the first tie-break the top four players indulged in a play-off that finally decided the champion of the event. David Paravyan, a young Russian player who scored an unbeaten 7.5/10, beat Andrey Esipenko and Wang Hao in the play-off comprising 10 minutes plus 10 seconds rapid games to emerge as the ultimate winner and bag the cash prize of £30,000 (about 28 Lakh INR). In this illustrated report we bring you the games, photos, and videos from the last day of the festival.

The Gibraltar Masters 2020 ended with seven players tying for the first place. Andrey Esipenko, Wang Hao, Daniil Yuffa, David Paravyan, Maxime Vachier-Lagrave, and David Navara all finished with 7.5/10 points each and based on tie-break scores (performance rating), the first four players proceeded for a speed play-off. 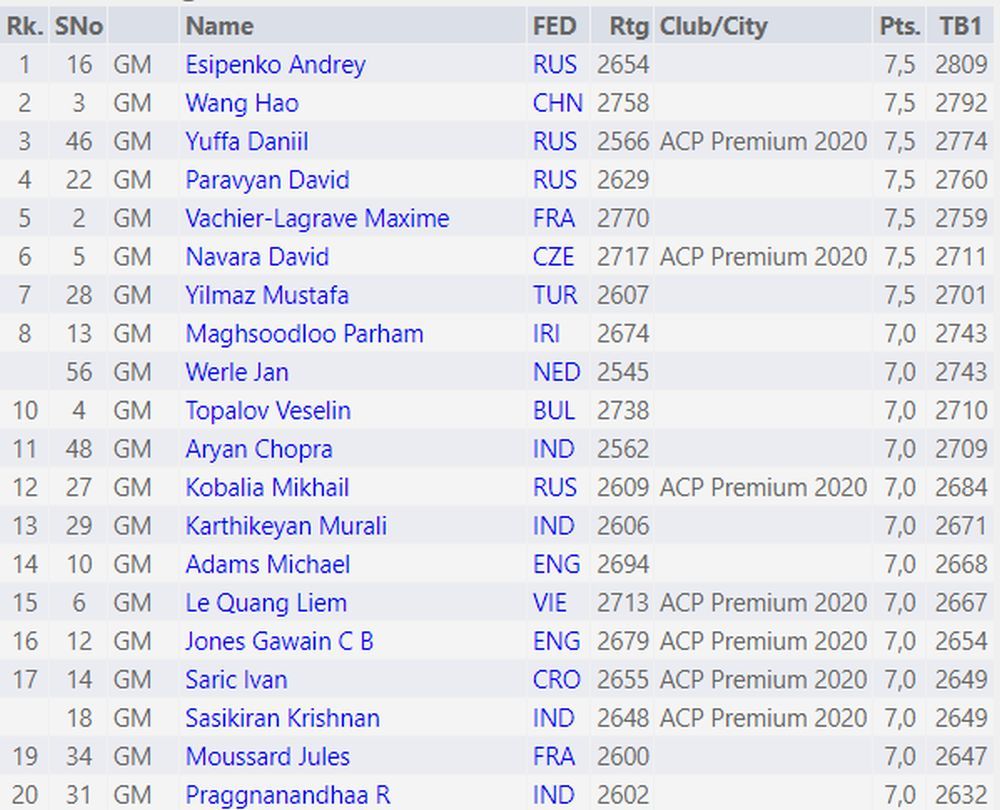 The top twenty players after the completion of ten rounds.

In the four-player play-off, it was the 21-year-old Russian star David Paravyan who emerged victorious beating Andrey Esipenko first and then Wang Hao to clinch the biggest title of his career and pocket a whopping prize fund of £30,000 (28 Lakh INR). 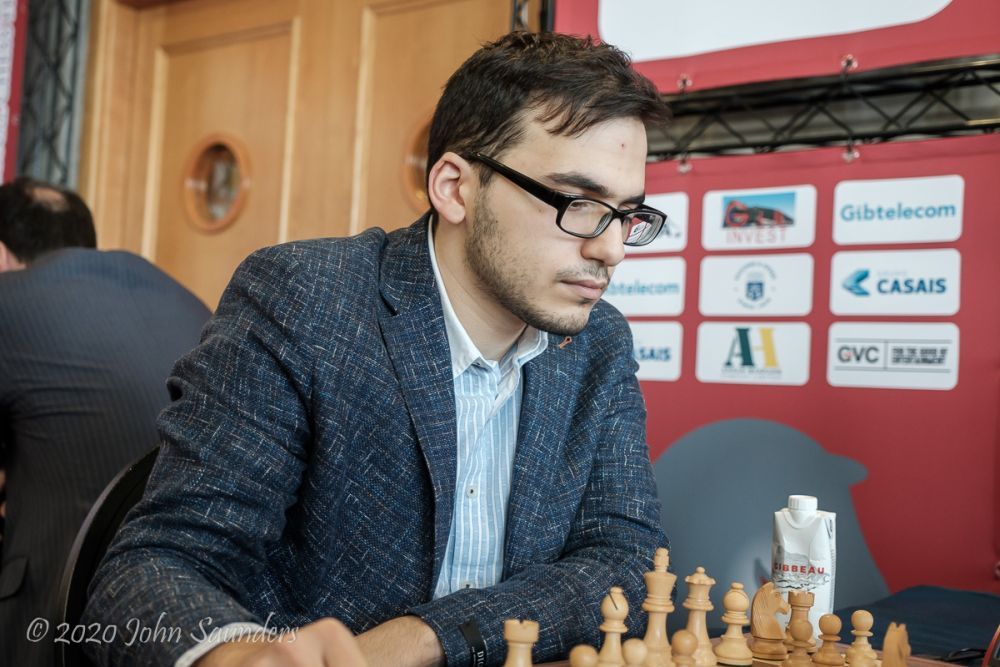 David performed at a rating of 2760 and managed to remain unbeaten throughout the event | Photo: John Saunders 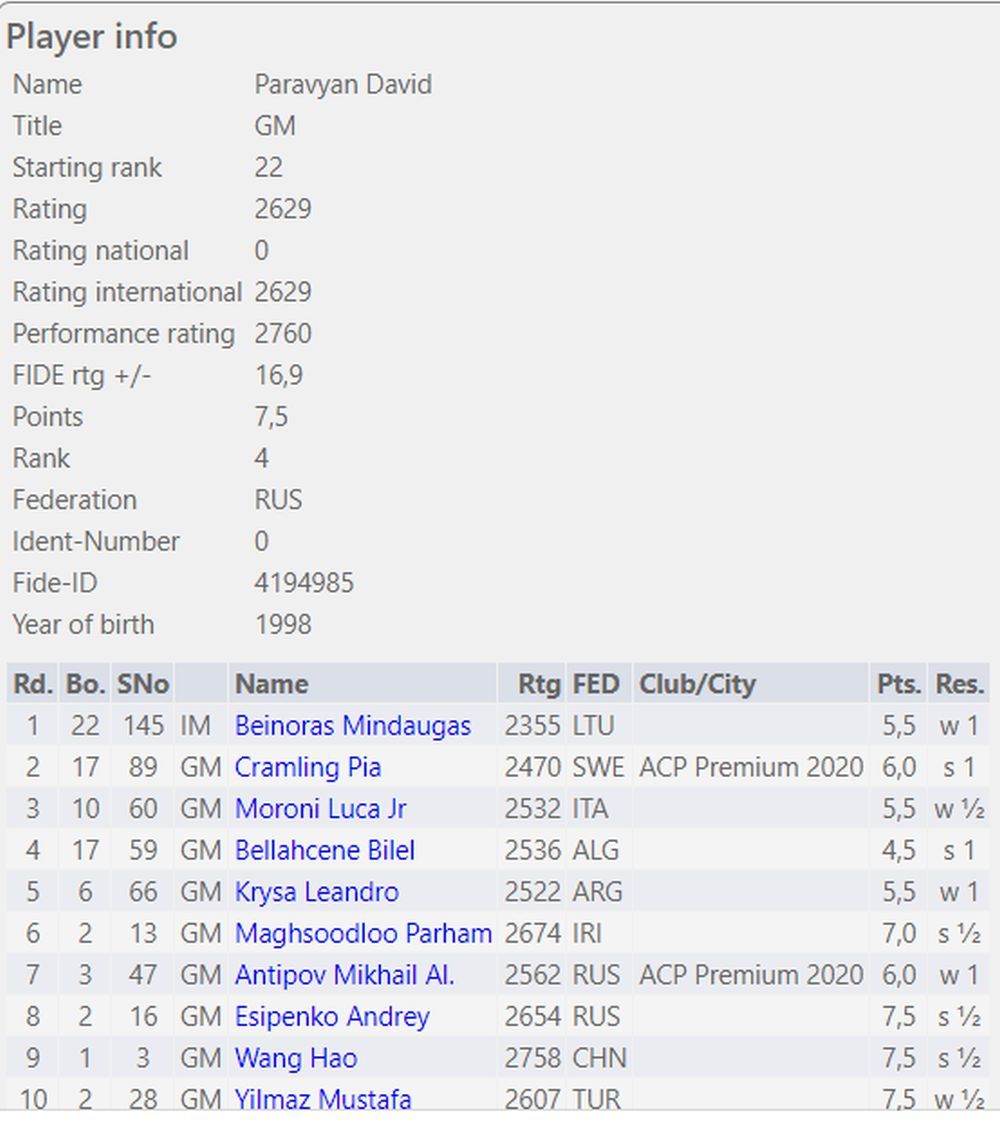 He held his own against extremely strong opposition comprising of strong players like the Chinese super GM Wang Hao and former World Junior Champion Parham Maghsoodloo.

In the decisive play-off encounter against Esipenko, David got the edge early on in the game when the former ended up compromising his kingside playing the Caro-Kann with black pieces. In the next game however, it was Wang Hao who had the edge out of the opening but the Chinese became overambitious in the middlegame and erroneously gave away material for insufficient compensation. Replay both these rapid games below.

David shares his feelings about winning the Gibraltar Masters this year | Video: GibChess
Former Women World Champion Tan Zhongyi defeated French no.3 Maxime Lagarde in the final round to become the best female performer in the event | Photo: John Saunders
The jubilant Chinese, who bagged a cash prize of £20,000, speaks her mind in the post round interview | Video: GibChess

The biggest upset for the Indian contingent in the last round was Adhiban Baskaran's loss against GM Daniil Yuffa. The Russian found the edge with white pieces early on in the game, Adhiban defended well but crumbled eventually in a rook-ending | Photo: John Saunders

Results of top ten boards in the final round. 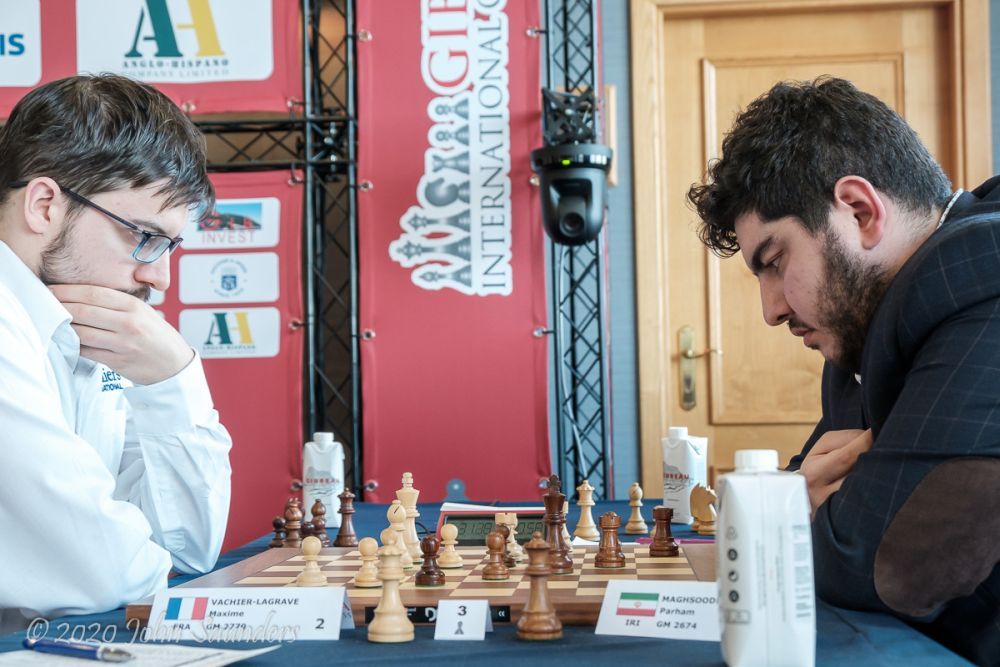 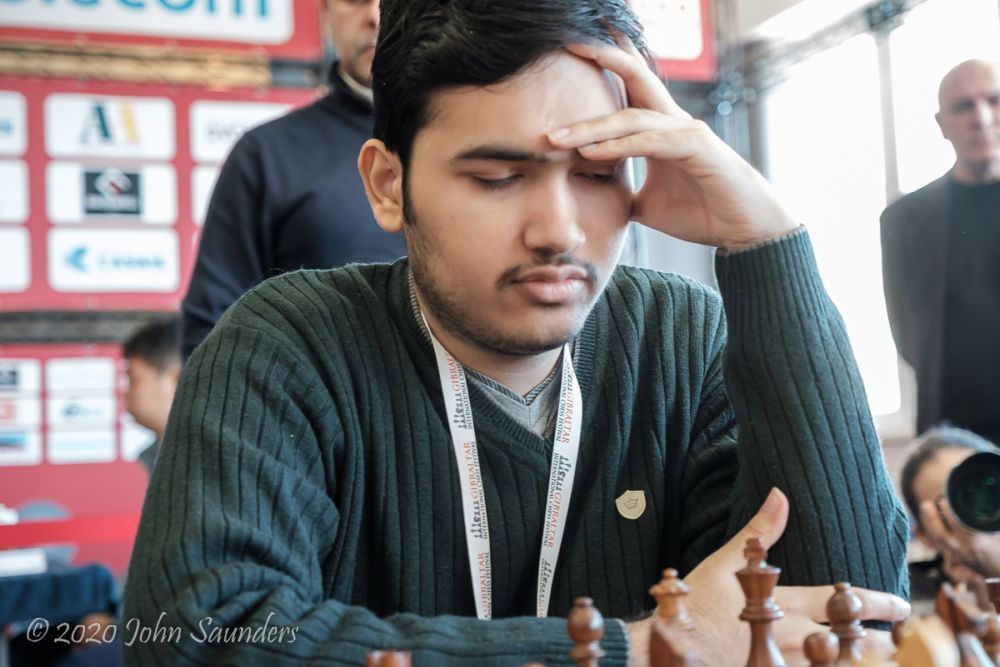 Aryan Chopra drew his last round encounter against Ivan Cheparinov and finished as the highest performing India with 7.0/10 points | Photo: John Saunders 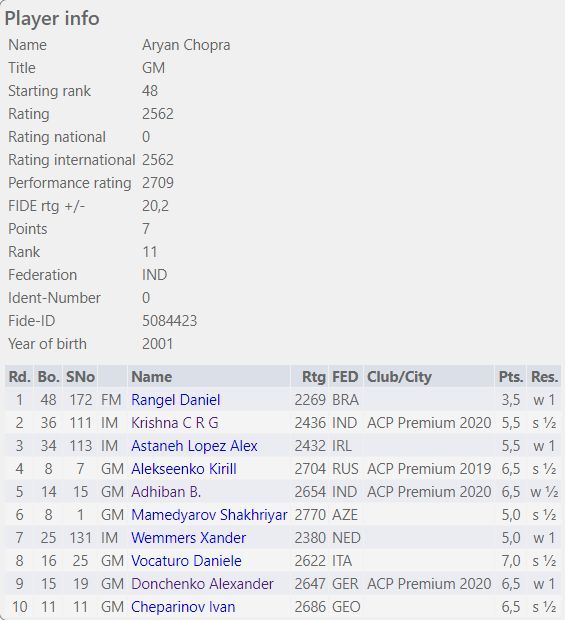 The 18-year-old performed impressively well at a rating of 2709 and gained 20.2 Elo points. 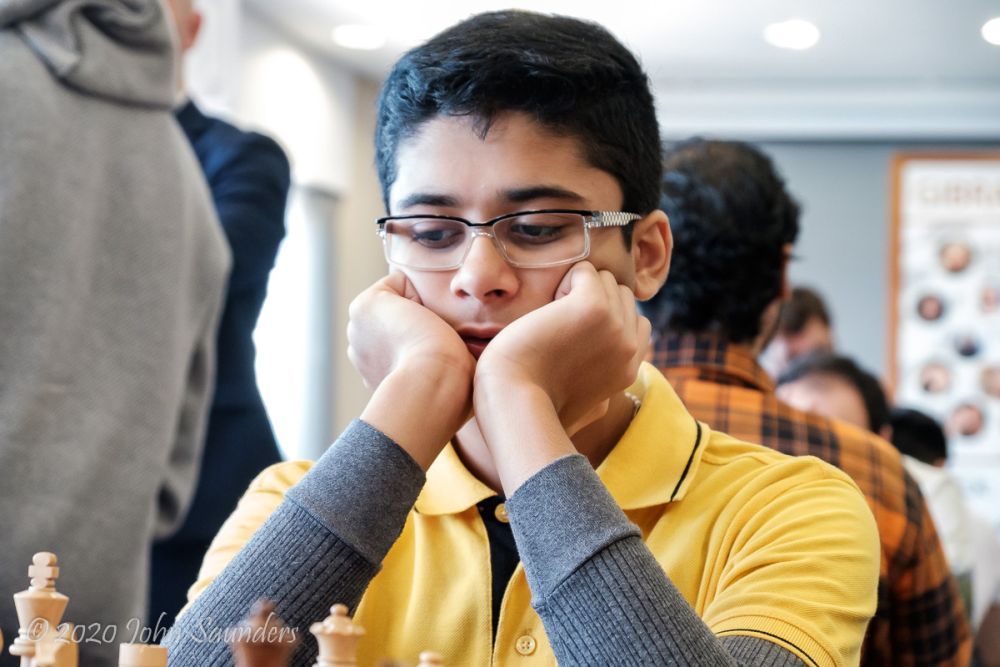 The event didn't end well for Leon Mendonca either as he lost his last encounter against Jules Moussard | Photo: John Saunders 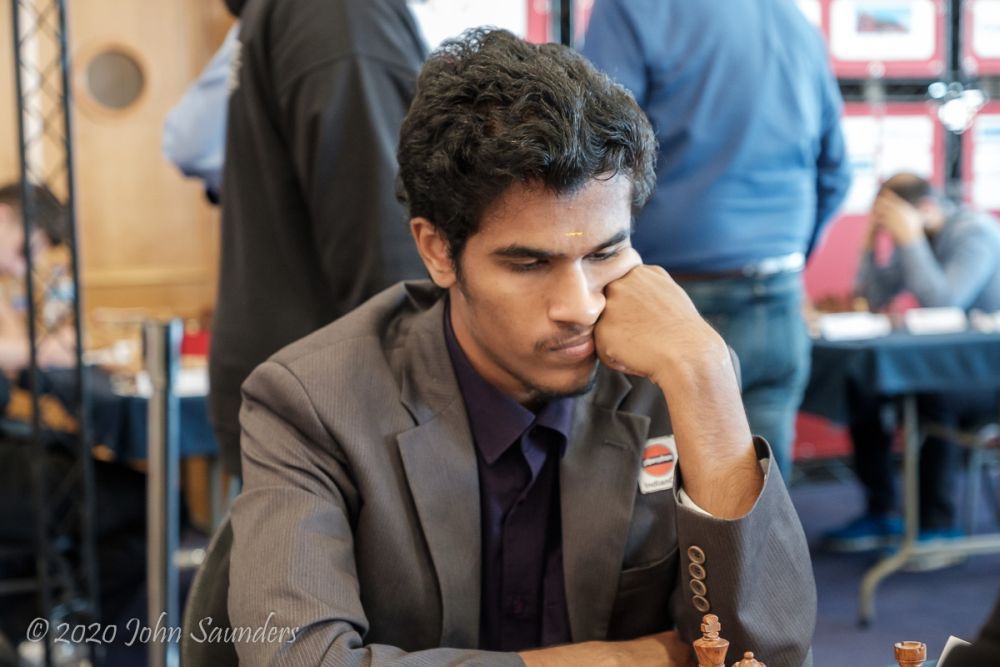 Karthikeyan Murali finished with a score of 7.0/10 holding Michael Adams to a draw in the last round | Photo: John Saunders
Raunak Sadhwani found luck on his side against compatriot Vaibhav Suri and saved a lost game | Photo: Niki Riga 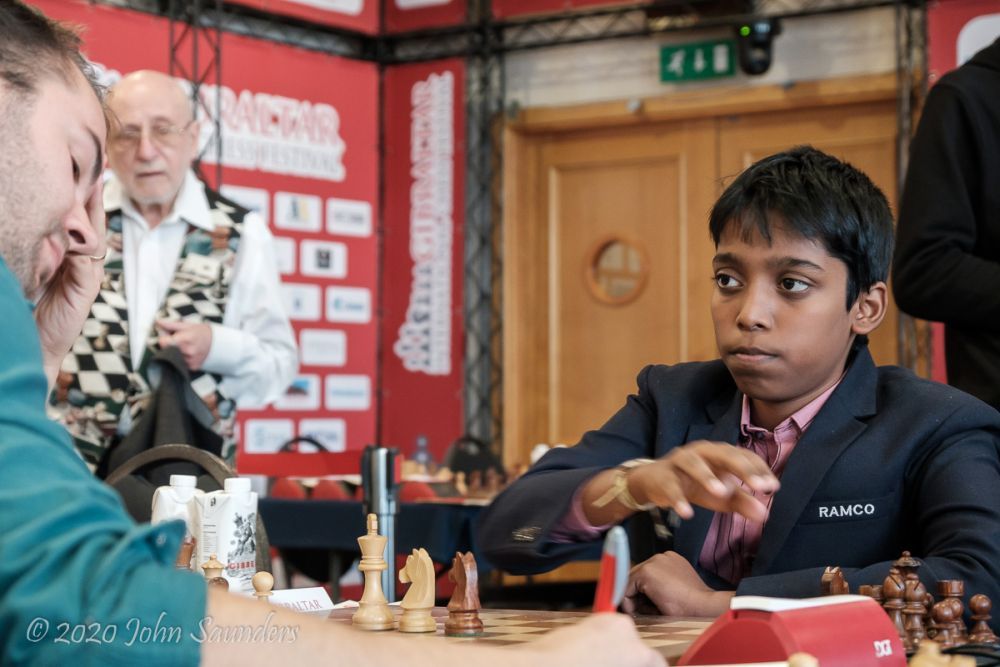 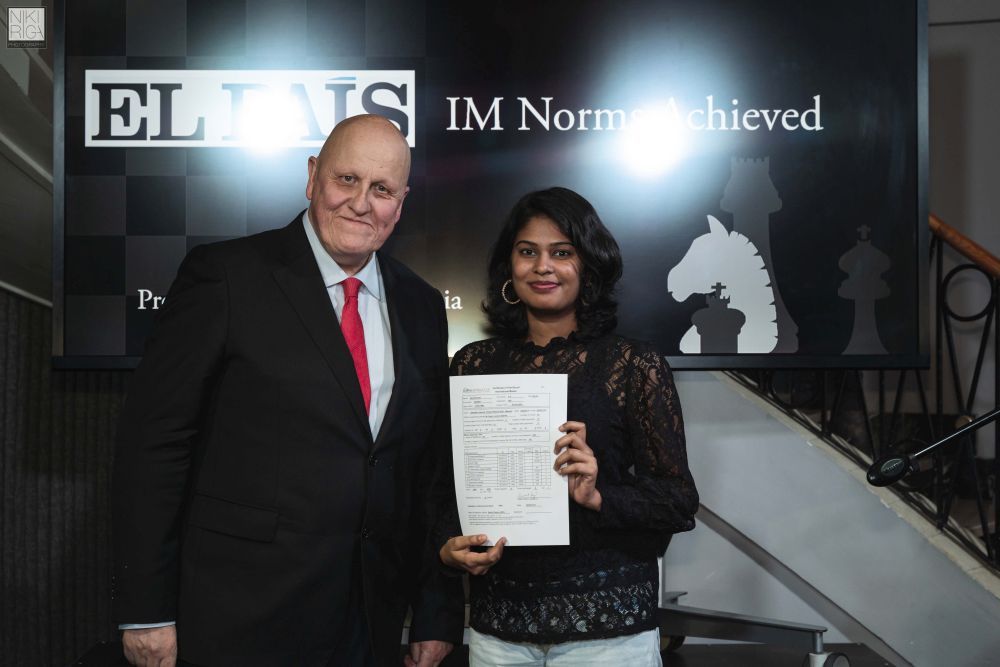 Nandhidhaa PV was one of the norm makers in the event. She performed at a rating of 2470 and made her fourth IM-norm | Photo:Niki Riga
She held Bhakti Kulkarni in the final round and took her score to a commendable 5.0/10 | Photo: John Saunders 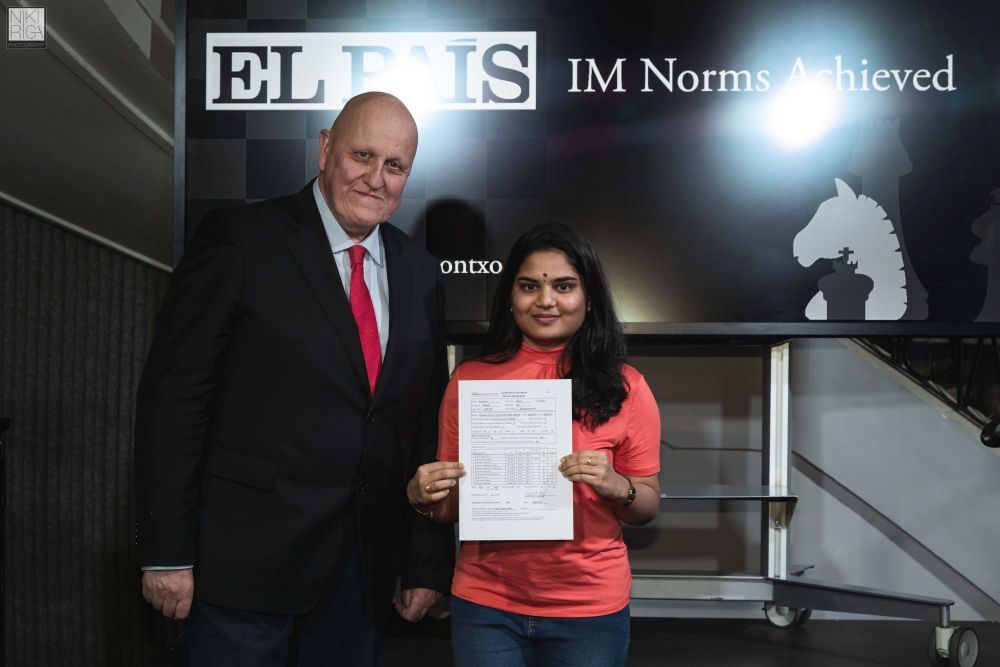 Pratyusha Bodda also scored 5.0/10 and became the latest WGM of the country | Photo: Niki Riga
Pratyusha scored her WGM norm after missing it nearly 15 times before. She shares her feelings after the event | Video: Rupali Mullick
Related news: