Starting out as third seed, IA Amit Sharma scored 6.0/7, remained undefeated, finished a half point ahead of the field to become champion in C S Sharma Memorial Open Rating 2019. Three players finished at 5.5/7. Alok Priyadarshi and Vaibhav Gautam secured second and third position respectively as per their tie-break scores. Stuti Aishwary won the Best Woman prize with a score of 5.5/7. Best Veteran prize went to 62-year-old Bir Singh Raminder who scored 4.0/7. Total 54 players participated in this three-day event, organized by Botwinnik Chess Academy in memory of C S Sharma who established this academy in 1978. For him chess was his first love. A pictorial report of the tournament. Photo: IA Kaviraj Sawant

Third seeded Amit Sharma of Delhi who is also an International Arbiter scored an unbeaten 6.0/7 to win C S Sharma Memorial Open Rating Tournament 2019. Despite making a draw in the third and fifth round, a last round victory made sure he finished a half point ahead the runner-ups. Three players finished at 5.5/7. Alok Priyadarshi and Vaibhav Gautam were placed second and third respectively according to their tie-break scores. 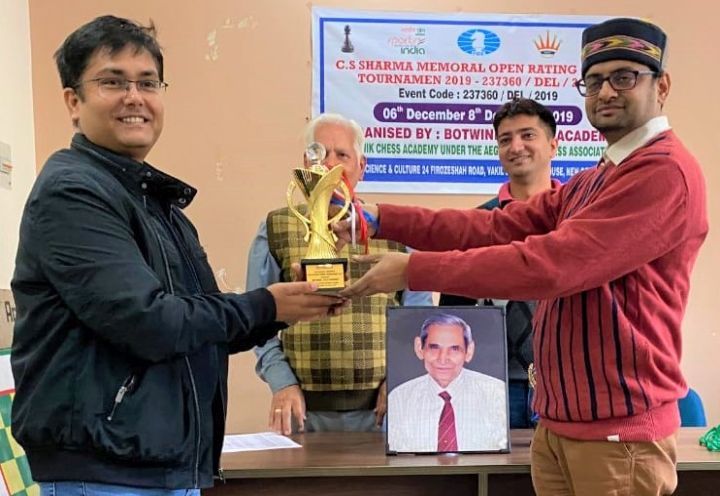 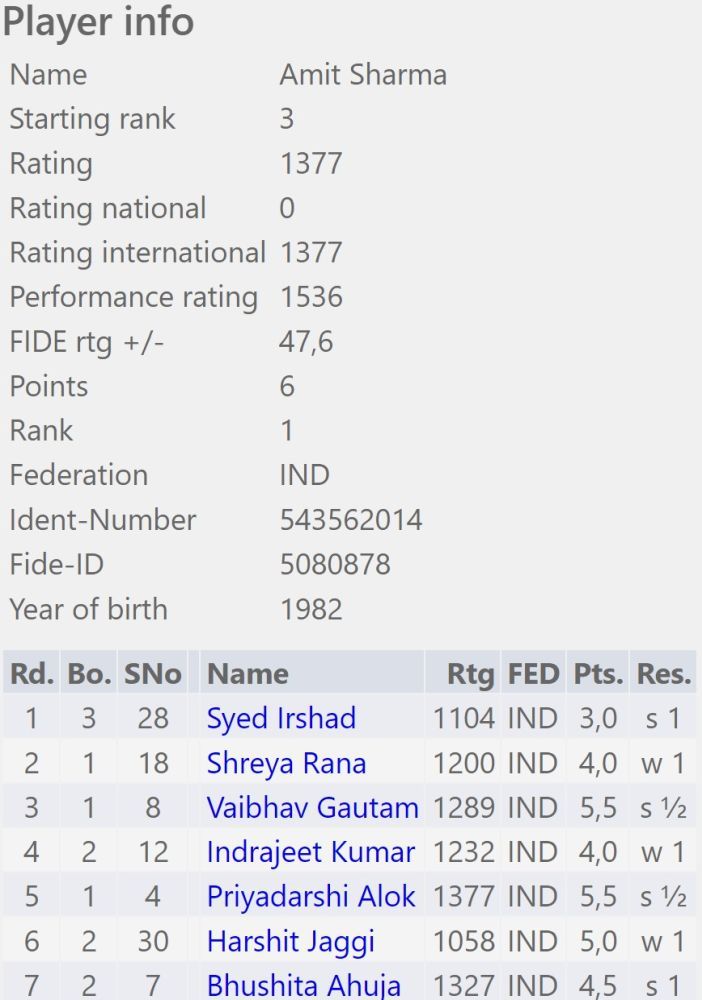 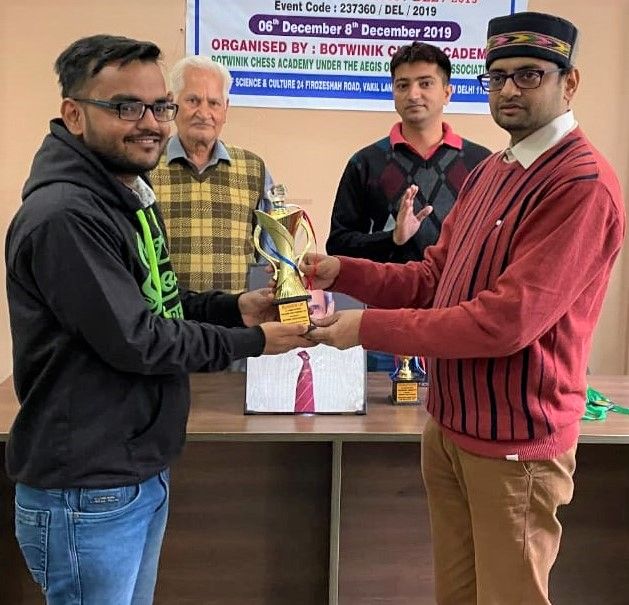 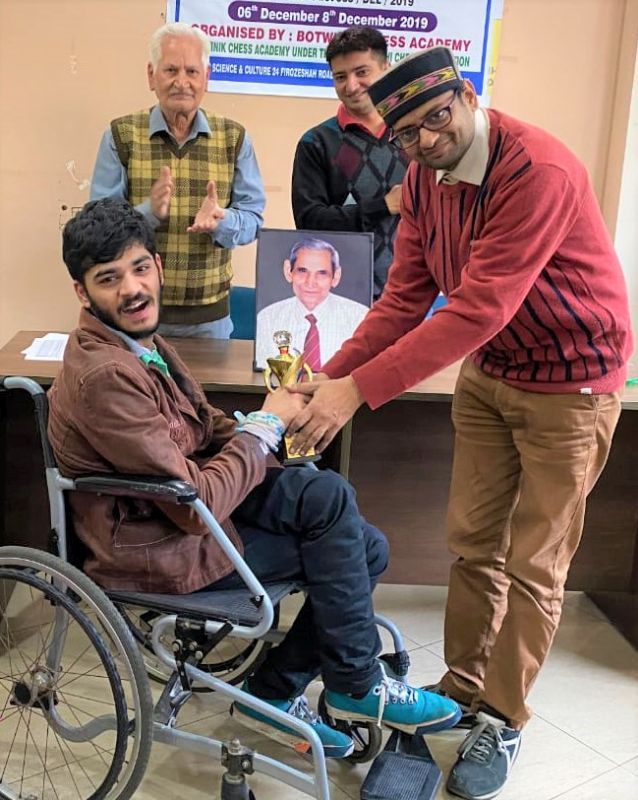 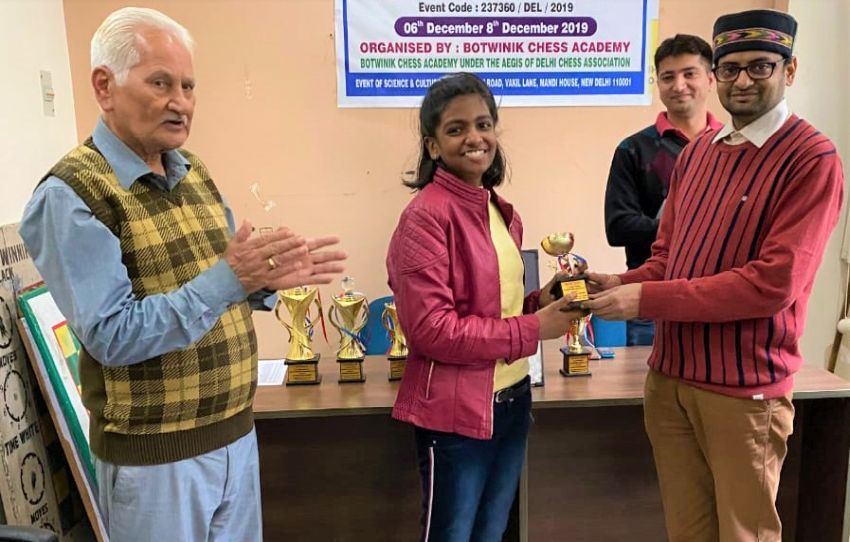 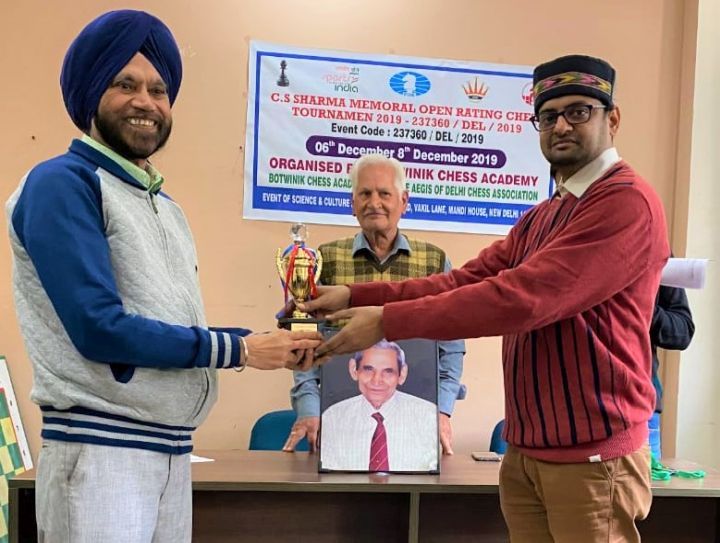 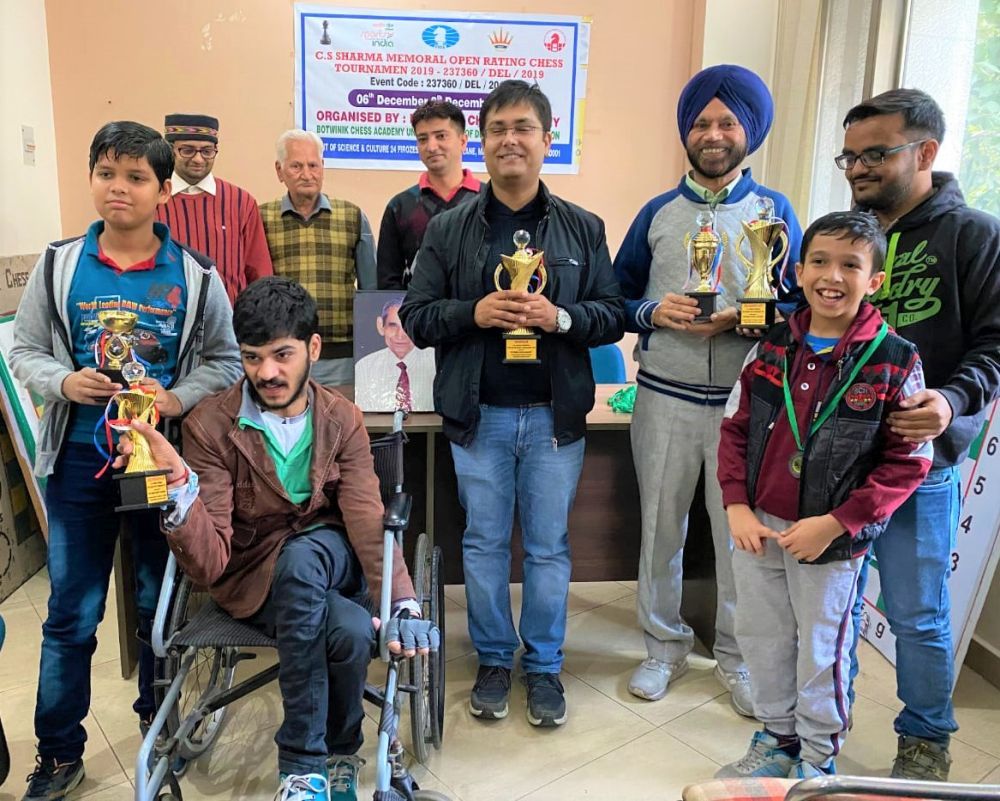 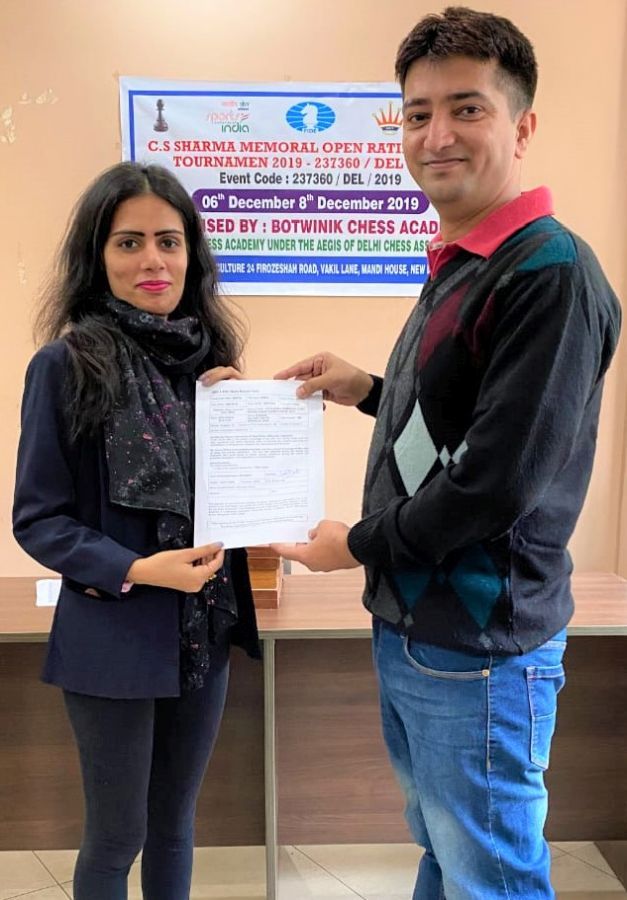 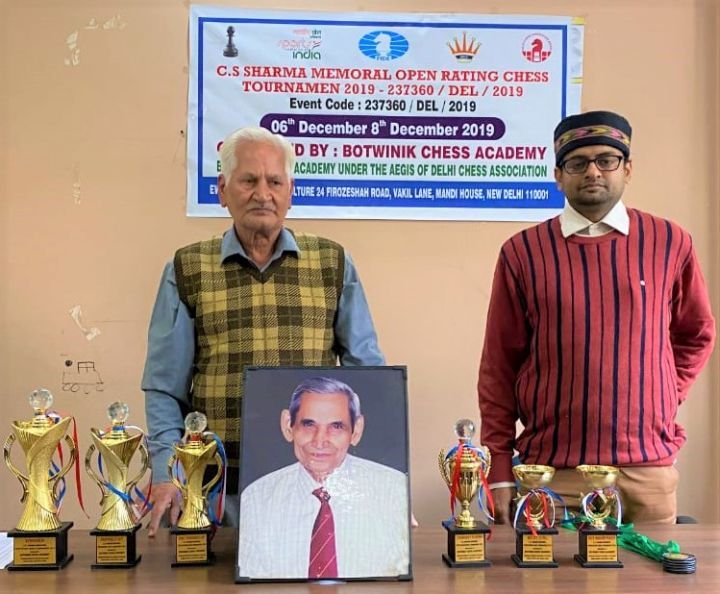