Akshay Anand scored 8.0/9, remained undefeated to win nurtr DCA Rapid Rating Open. He won ₹11000 cash and a beautiful trophy as a prize. Both Aradhya Garg and FM Aaryan Varshney also finished at 8.0/9, however they were placed second and third respectively according to their tie-break score. Total ₹101000 prize fund was distributed among the prize winners. Total 292 players participated in this two-day open Rapid rating event, organized by Delhi Chess Association at Arya Samaj Bhawan, New Delhi on 21st and 22nd December 2019. A pictorial report of the tournament. Photo: IA Kaviraj Sawant 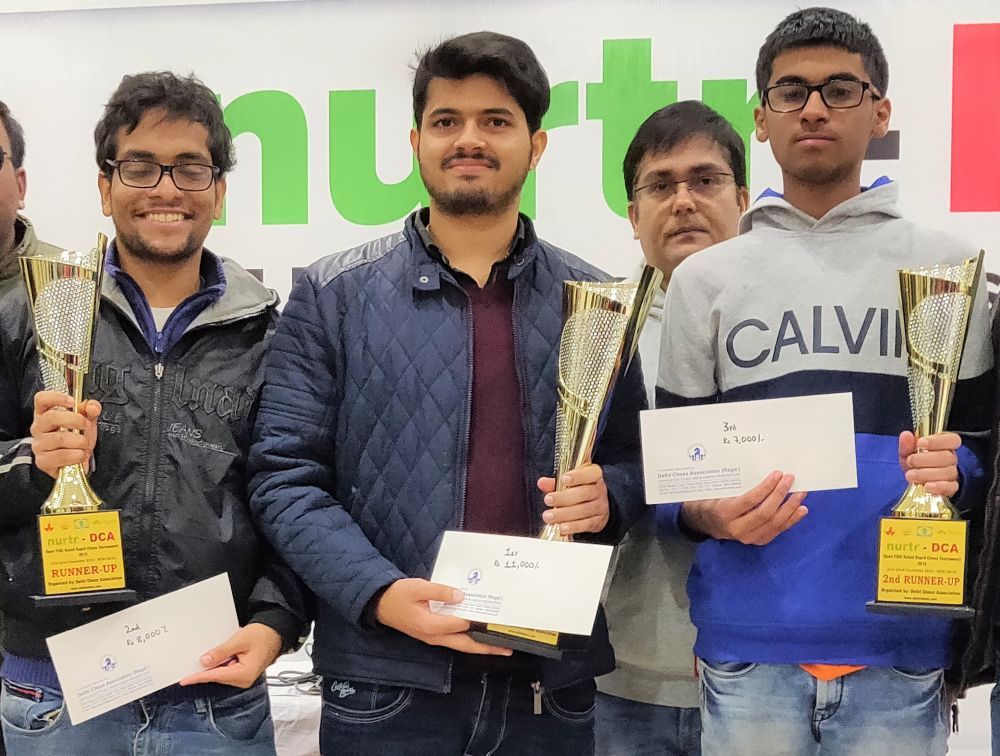 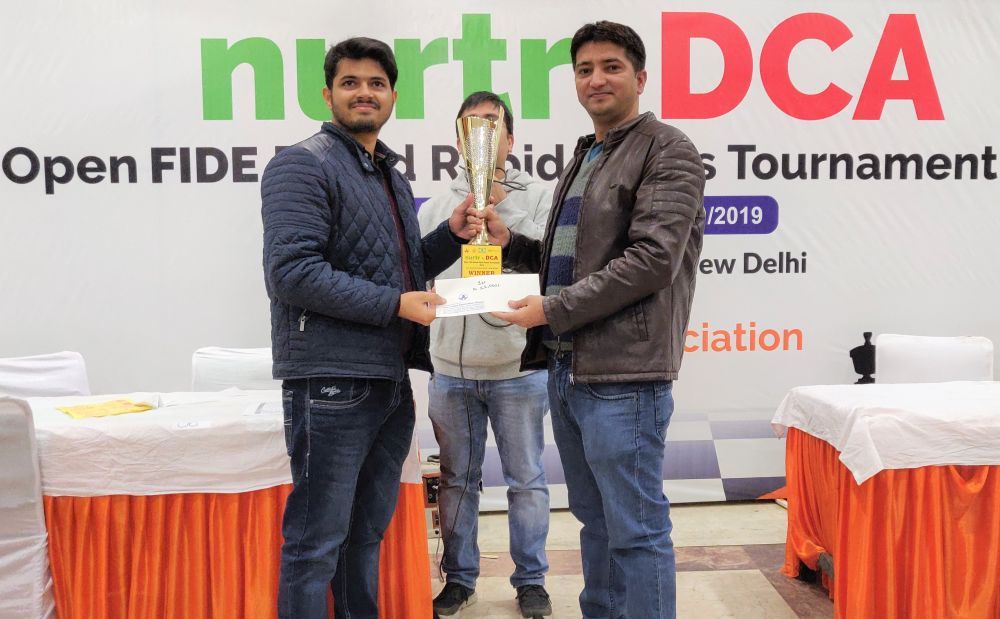 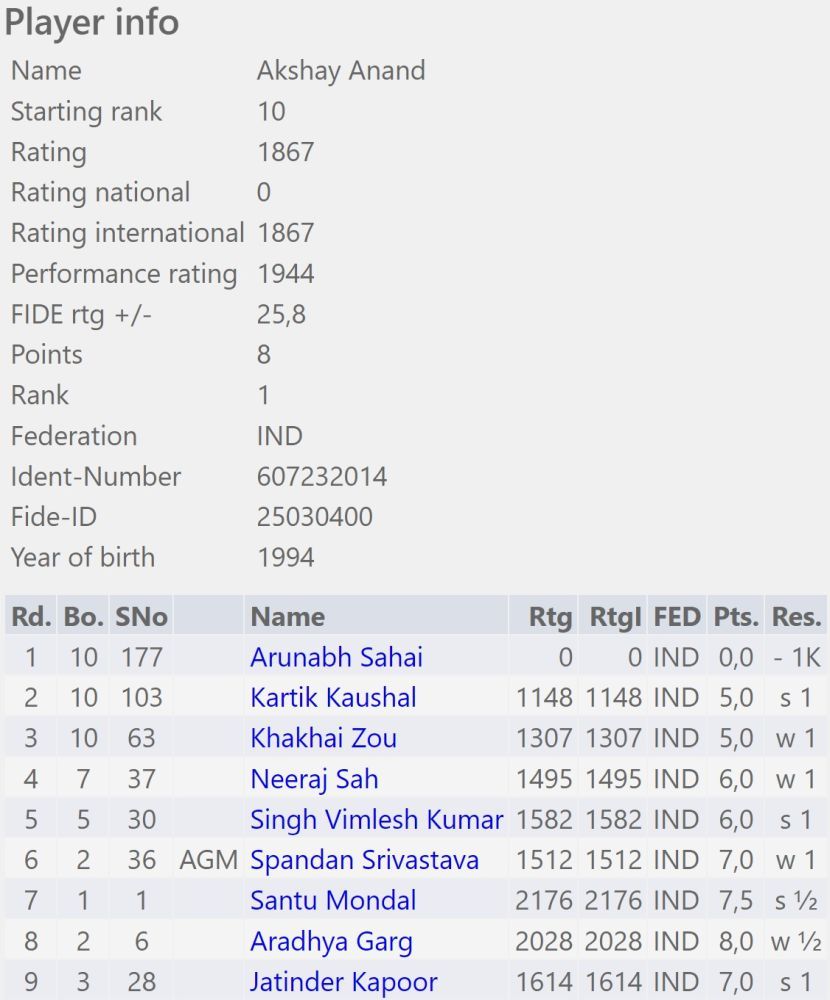 Starting out as the tenth seed, Akshay scored 8.0/9 and gained 26 Elo rating points 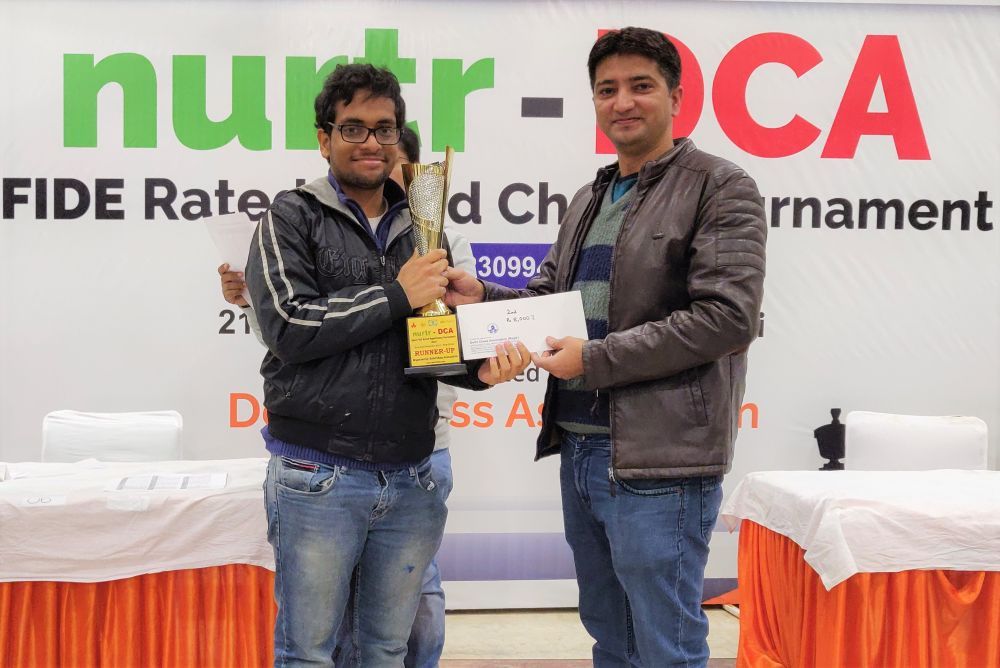 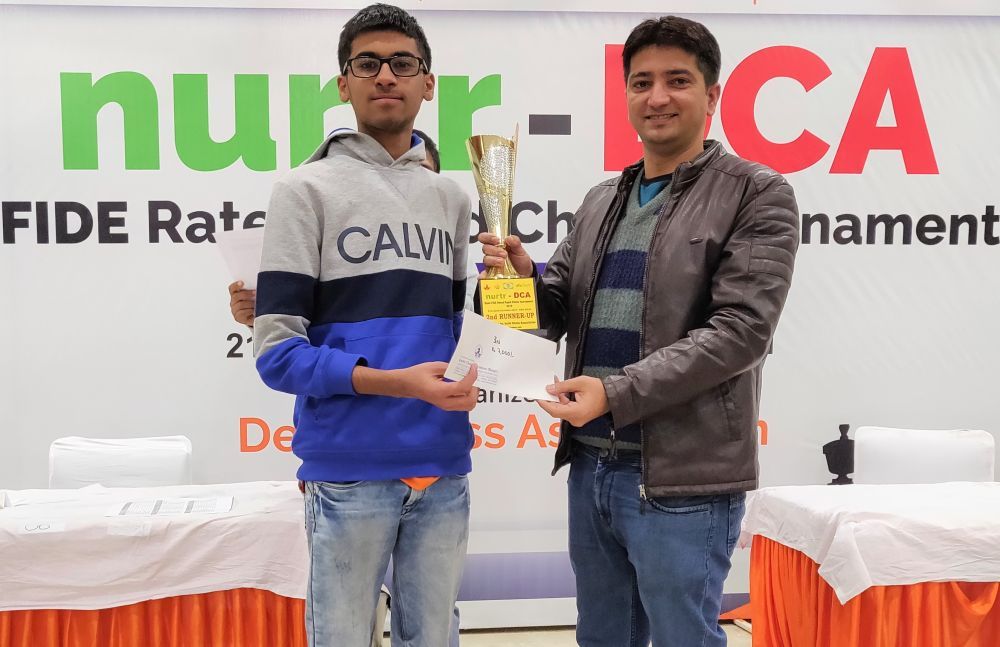 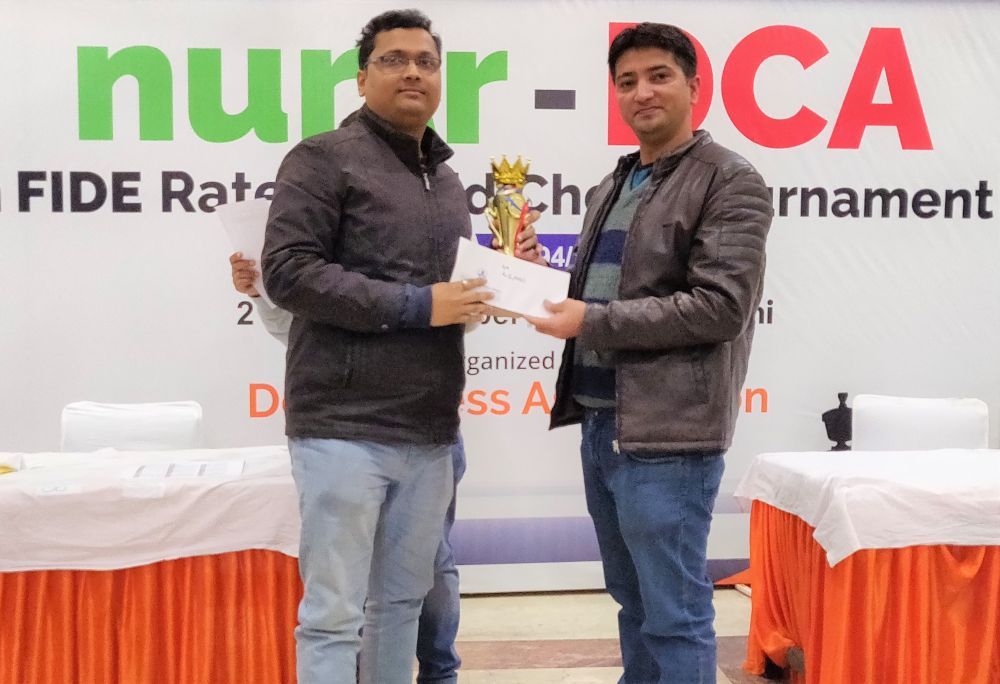 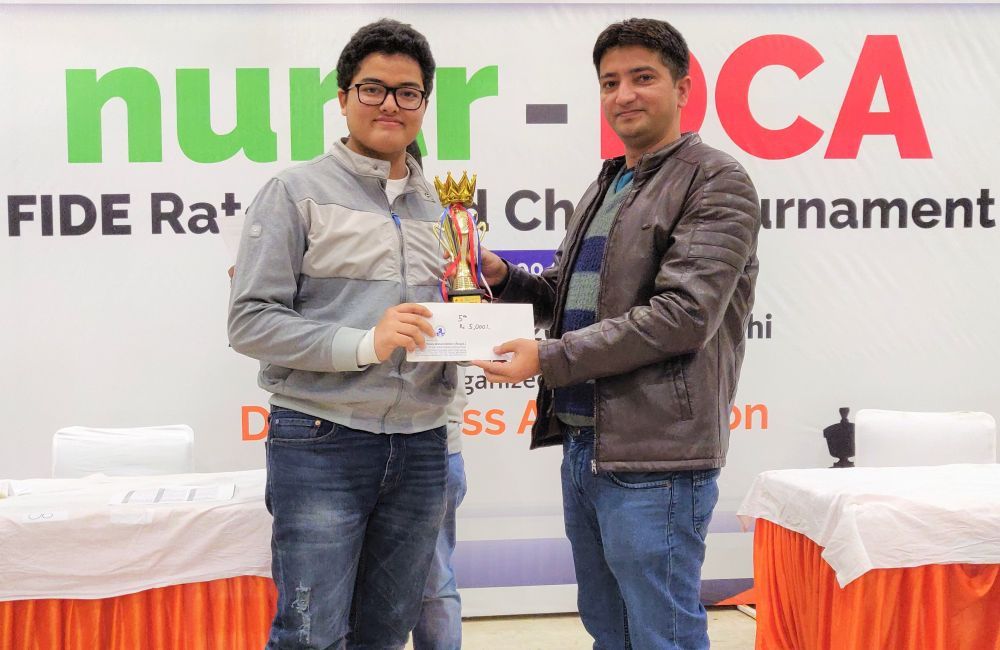 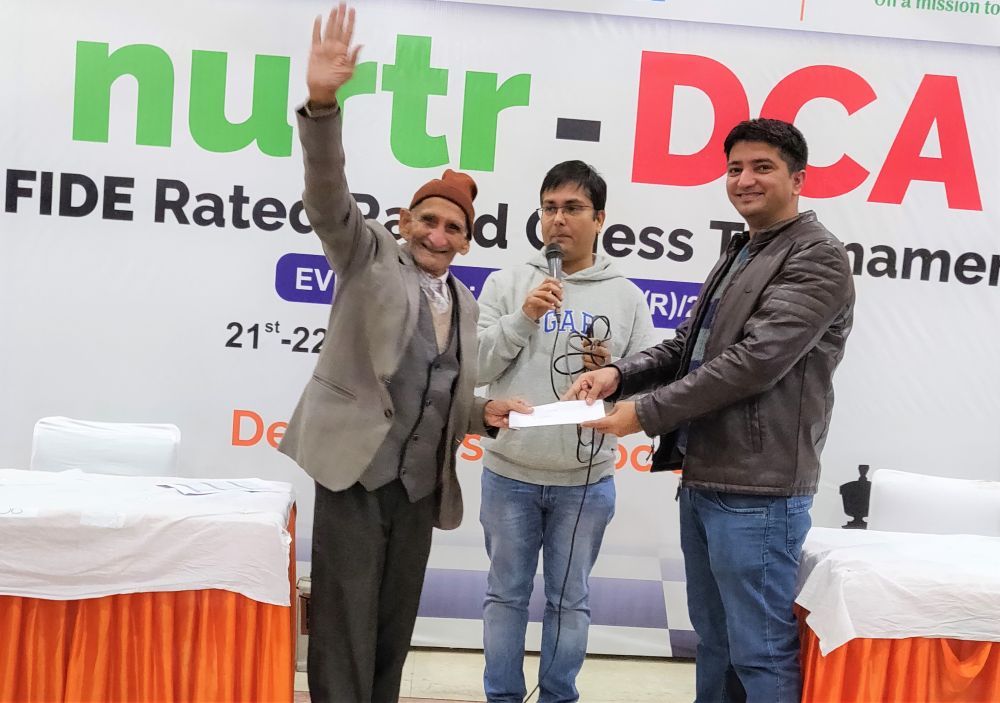 The tournament attracted 292 players and it was organized by Delhi Chess Association on 21st and 22nd December 2019 at Arya Samaj Bhawan, New Delhi. Total 101000 prize fund was distributed among the prize winners. The prizes were distributed by Deputy Chief Arbiter IA Kaviraj Sawant. 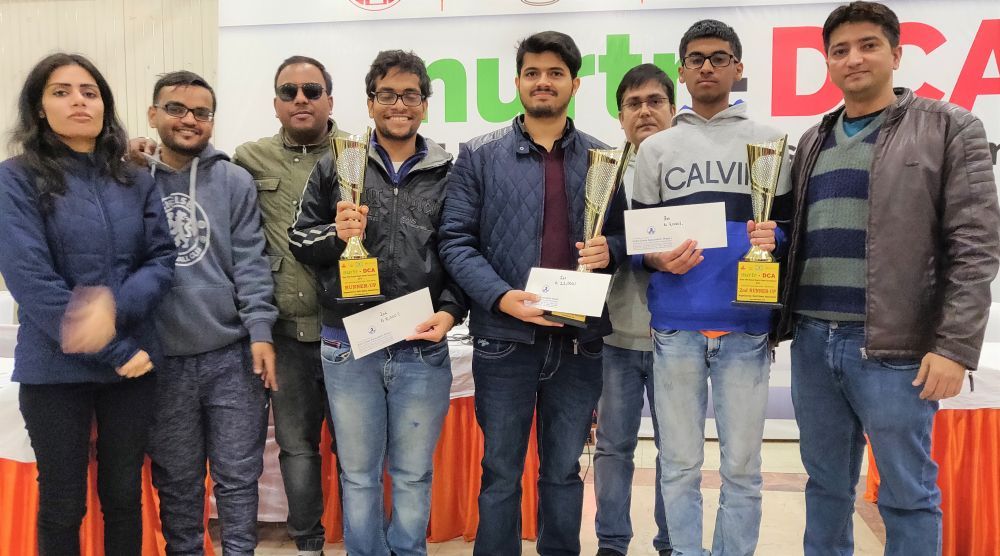