14-year-old FM Sreyas Payyappat scored an unbeaten 8/9 to win Johnson Pallippatt Memorial 7th Don Bosco Rating Open 2022. He finished a half point ahead of the competition. Despite missing the first round, the top seed of the tournament went on to win the next eight games to win the tournament. Marthandan K U and Jake Shanty scored 7.5/9 each and remained undefeated. They were placed second and third respectively according to tie-breaks. Total prize fund of the tournament was ₹301000. The top three prizes were ₹30000 + trophy, ₹20000 and ₹15000 each. A total of 65 cash prizes and 33 trophies were up for grabs. Photo: IA Peter Joseph M

FM Sreyas Payyappat has won few tournaments before. However, this was his first Classing Rating Open tournament victory. 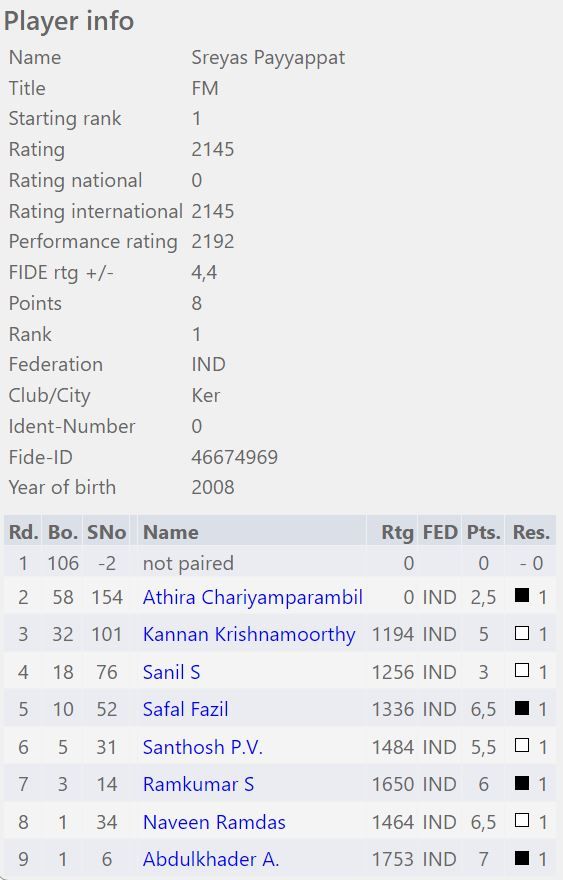 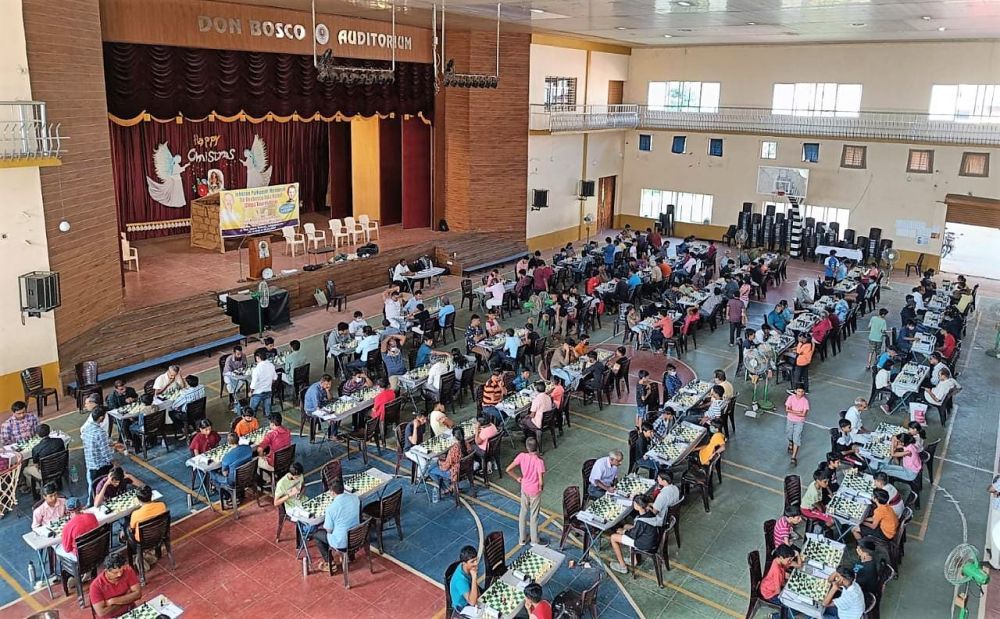 Thanks to Chief Arbiter, IA Peter Joseph for sharing the photos and info about the tournament.

A total of 212 players from various states across the country and two from the USA took part in this event. The tournament was organized by Don Bosco Irinjalakuda and Thrissur Chess Academy 29th December 2022 to 2nd January 2023 at Don Bosco School, Irinjalakuda, Kerala. The nine-round Swiss league Rating tournament had a time control of 30 minutes + 30 seconds increment.