Pivotal Pawns defeated Krazy Knights 4-2 to finish the top of the points table at the conclusion of fifth round in CoinDCX Chess Super League. The Kingslayers and Brutal Bishops drew with the Quintessential Queens and Ruthless Rooks respectively. Both Kingslayers and Pivotal Pawns finished the group stage with same score 7.0/10. They will face each other in the Qualifier 1. Brutal Bishops and Ruthless Rooks scored 5.0/10 each. They will play in the Eliminator 1. The winner of Eliminator 1 will play against the losing team of Qualifier 1 in the Eliminator 2. The winner of Qualifier 1 and Eliminator 2 will play the Finals tomorrow. Knockout stage starts today from 8:00 p.m. IST. Photo: Samay Raina live stream

GM Abhijeet Gupta got very close to winning against the Speed King Hikaru Nakamura. However, inaccurate play cost him the decisive advantage and he ended up in a losing position. Nakamura's phone rang and the full point was awarded to Abhijeet. It is obvious that Abhijeet did not want to win like that. 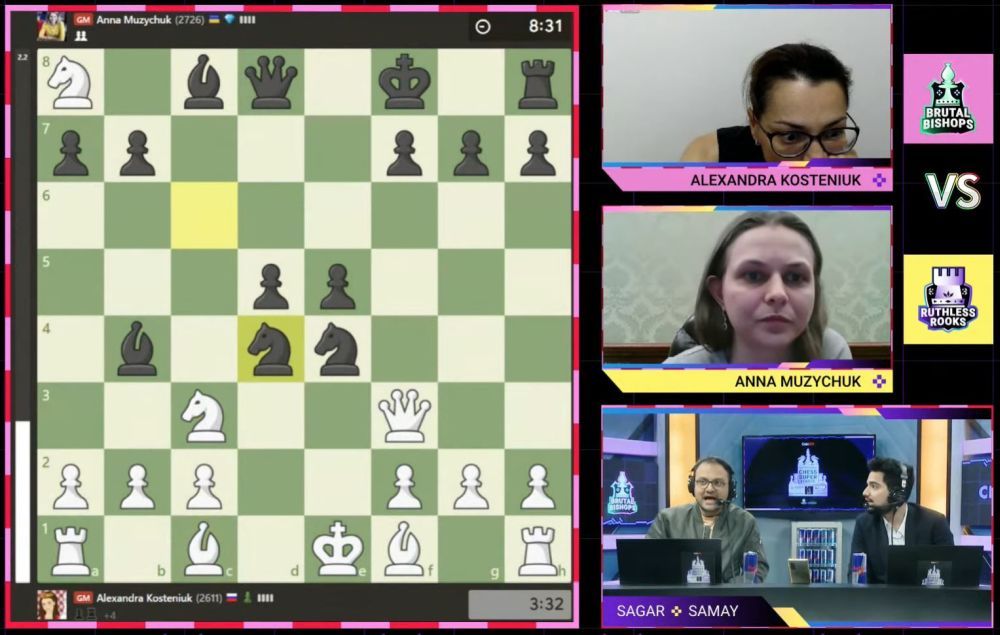 Anna Muzychuk is at the top of her game | Photo: Samay Raina live stream

Wins, draws and losses were equally divided among the six boards. IM Soumya Swaminathan and GM D Gukesh scored victories for The Kingslayers. GM Yifan Hou and WIM Priyanka K were the victors for Quintessential Queens. 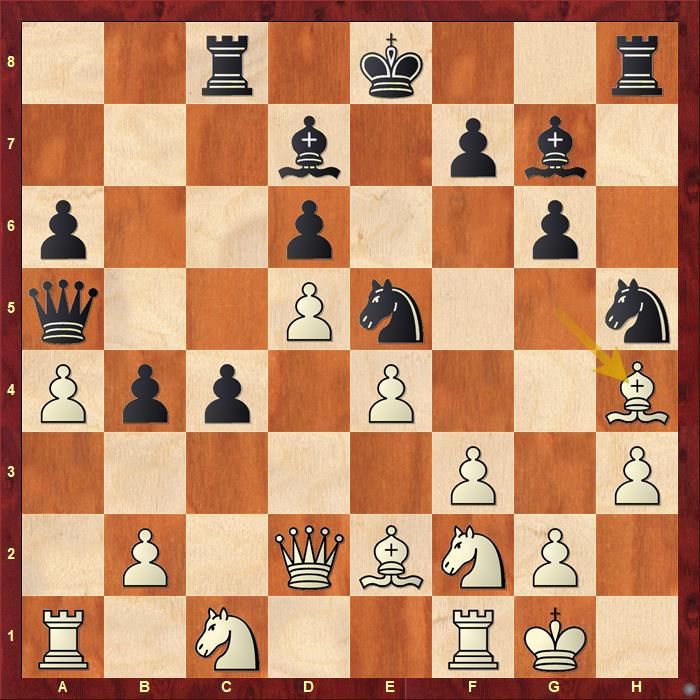 One must appreciate the fact that Gukesh is playing two events - 3rd Yerevan Open and this one, every day. He is also playing fantastic in both of them despite the tournaments having different format and time control. This totally shows Gukesh's class that he is ready to adapt and adjust. 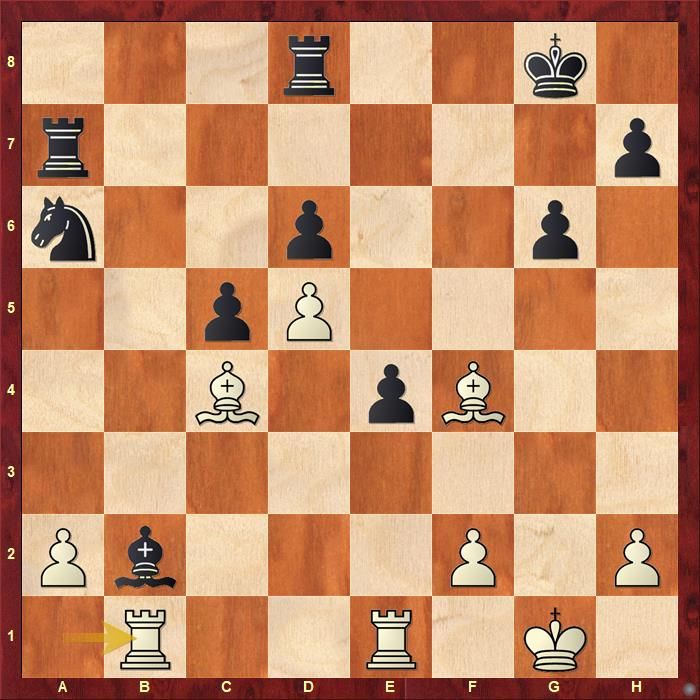 Where should Black retreat his bishop? Iniyan displaced at the wrong place 23...Bg7 which cost him the game after 24.Rb6 Nb4 25.Bxd6. Find out where Black should have retreated his bishop instead.

In a battle of WIMs, Priyanka K handed Arpita Mukherjee her first loss of the event after the latter went wrong in the endgame. 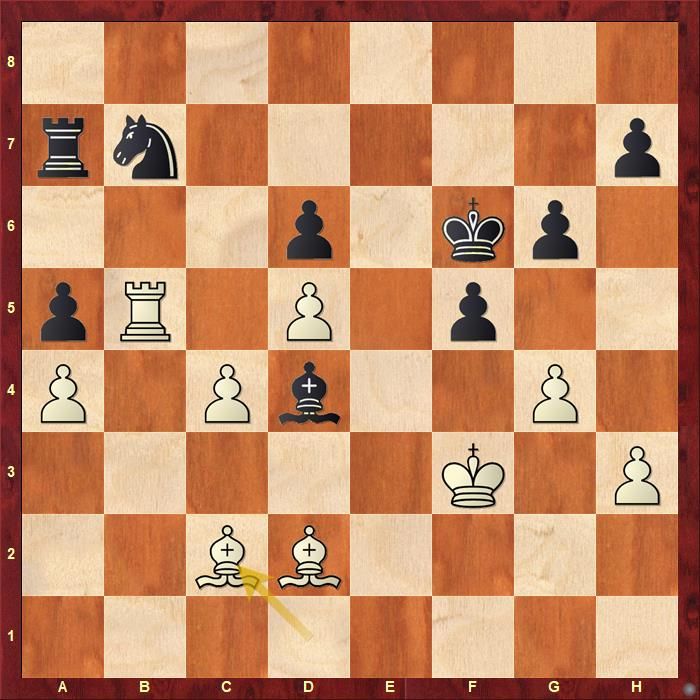 How should Black handle the above position? 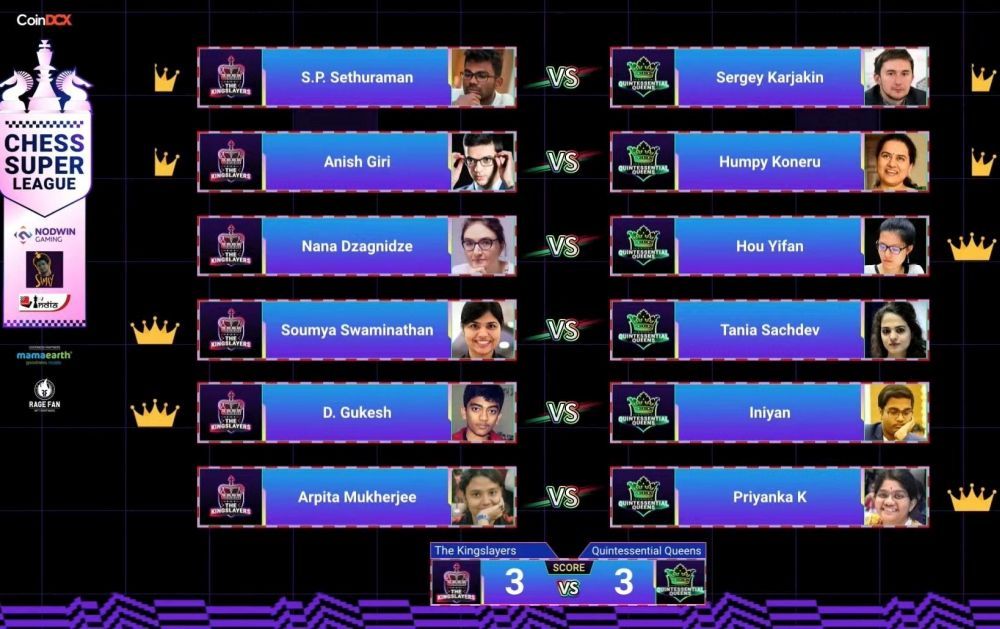 The Kingslayers drew with Quintessential Queens: 3-3 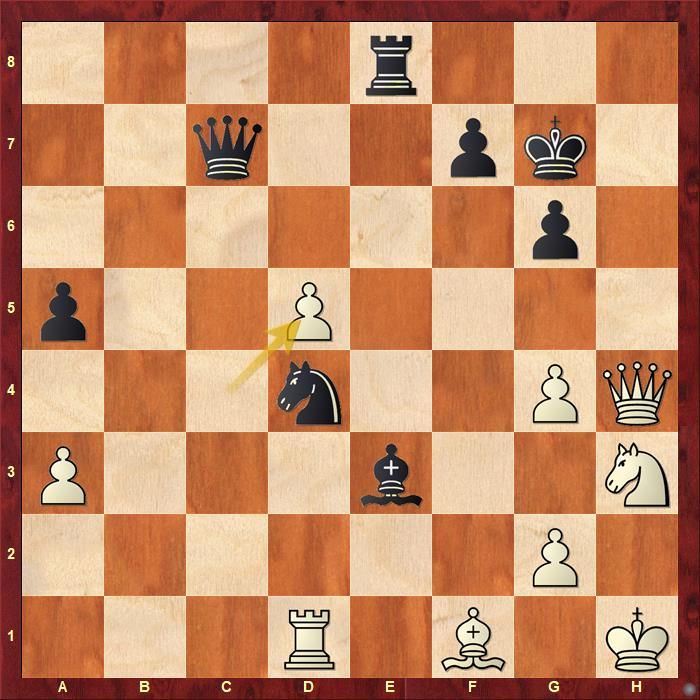 42...Rh8 43.Qe1 Qe5 gives Black a significant decisive advantage. The game continued 43.Qe1 Qxd5 and eventually petered out to a draw. 43...Bg1 would have been a nice double attack.

The amazing game between Vidit and Radjabov | Video: ChessBase India

Alexandra Kosteniuk went wrong early in the opening which allowed her opponent, Anna Muzychuk to score fifth consecutive victory, making her the only player who has won all five of her games. 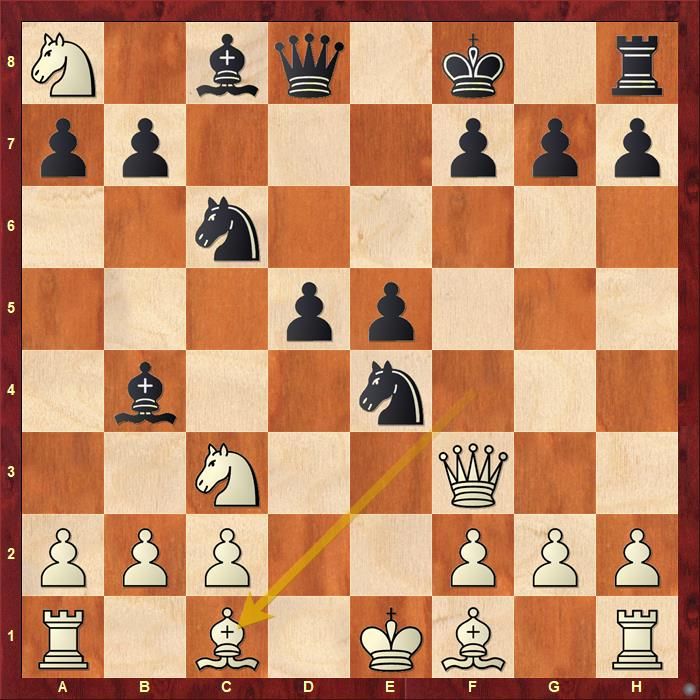 Harika was completely winning the knight endgame against Eesha. However, some mistakes allowed Eesha to save the game. 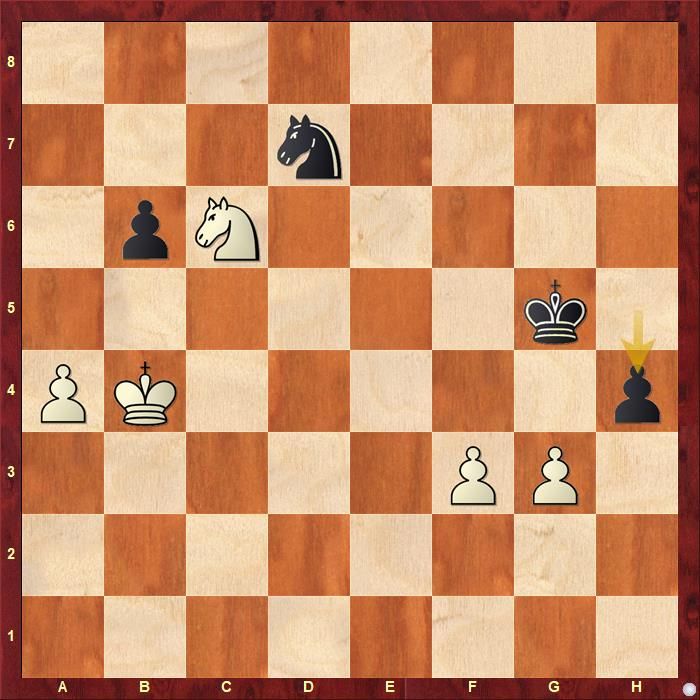 It is obvious that White has to take on h4, however, White is not forced to capture immediately. Find out the difference between 45.f4 and 45.gxh4+. After a few mutual errors, White managed to win the game. 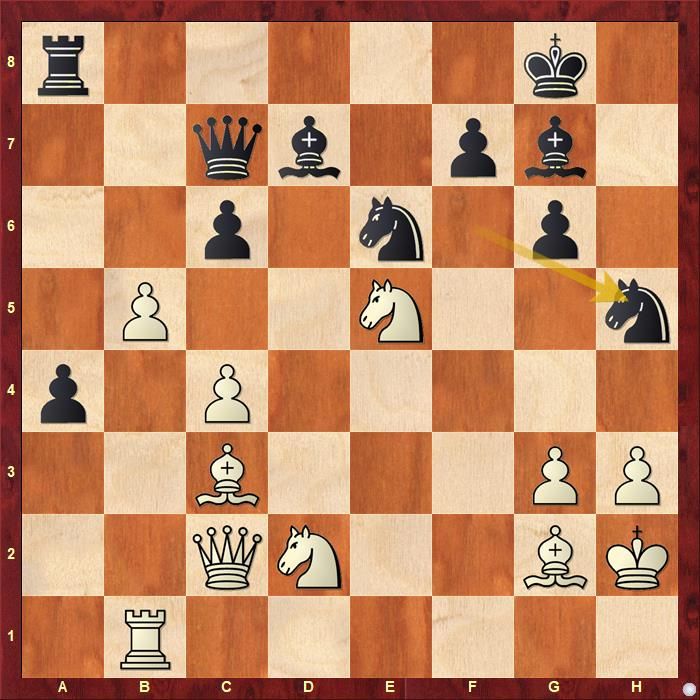 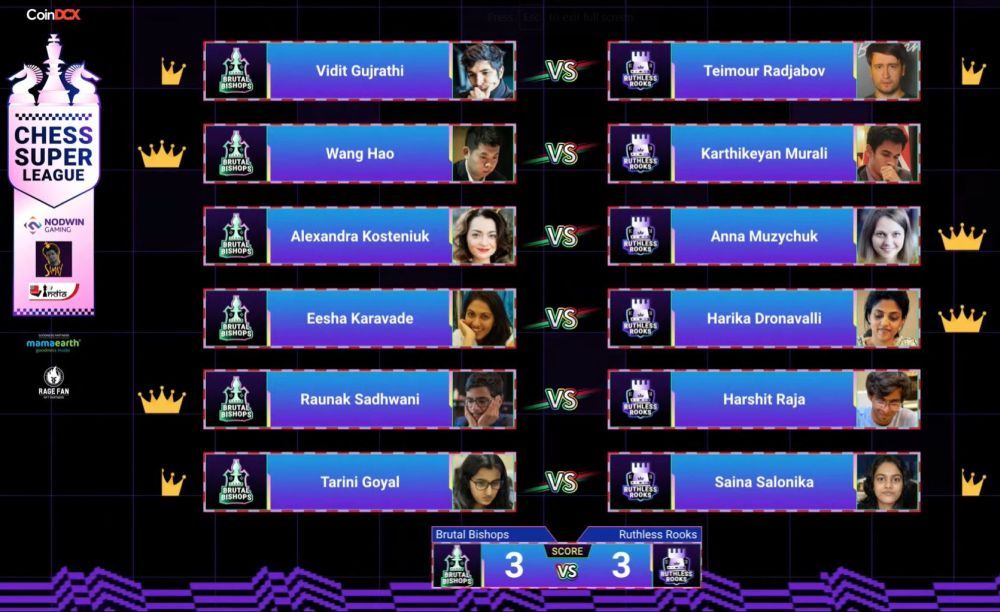 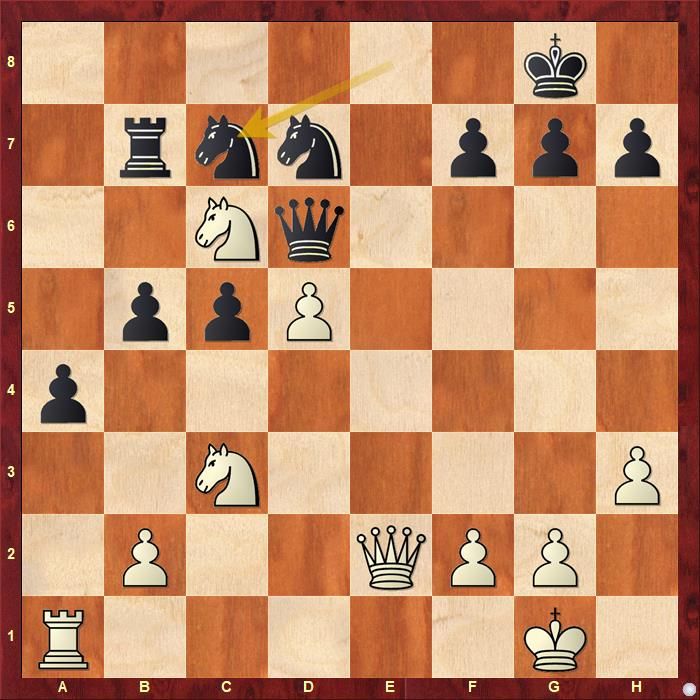 24...Nc7 allowed White to gain upper hand 25.Re1 Kf8 and now White made a mistake of playing 26.Qe7+. Trading queens only helped Black to eliminate the attack and roll the pawns on the queenside. Instead, 26.Ne4 Qxd5 27.Nd8 Rb8 28.Rd1 would have been completely winning for White. Nakamura eventually got a winning position. However, he was given a loss as his phone rang.

GM Aryan Chopra played his third game which went over 100 moves and this time he won, against Arjun Kalyan. Aryan hasn't lost a single game which went for 100 moves or longer. The young talent definitely has a lot of endurance, that's for sure.

Here are a few interesting finishes of Round 5. 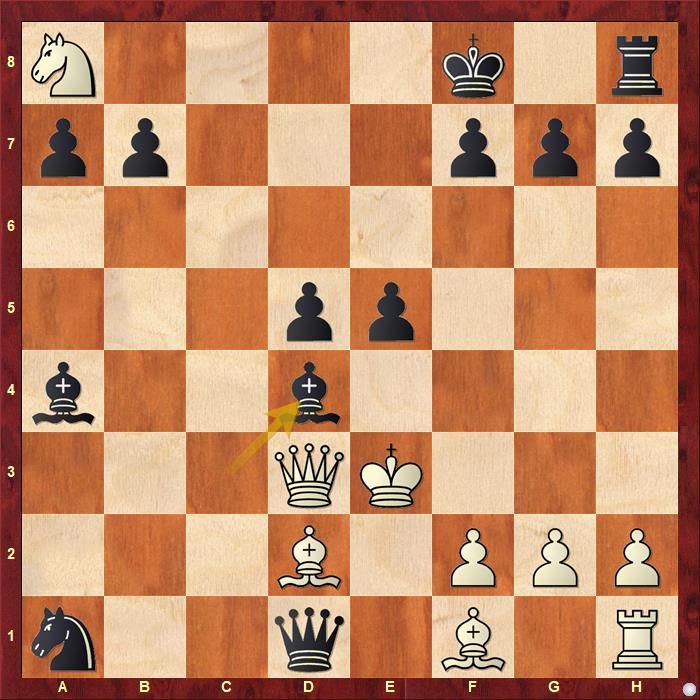 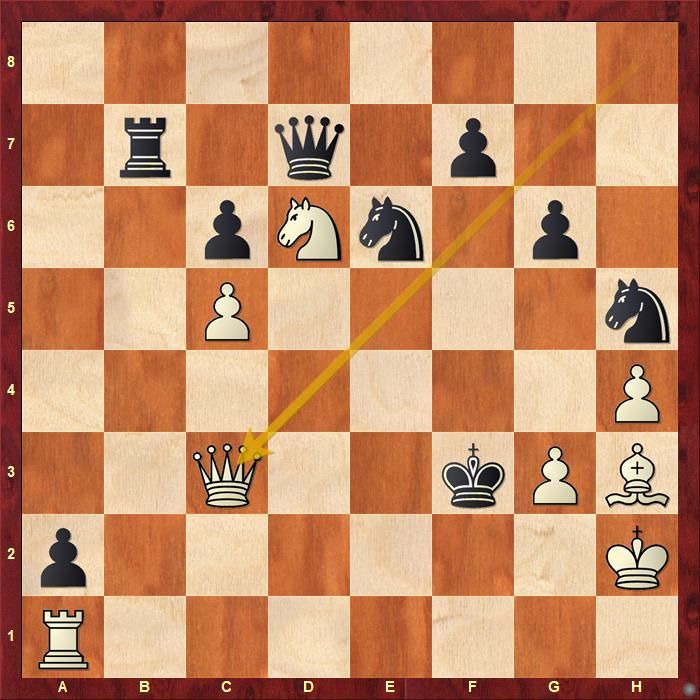