Brutal Bishops made their second consecutive draw to remain unbeaten at the conclusion of the third round of CoinDCX Chess Super League. Vidit Gujrathi scored a big win over Ding Liren, Alexandra Kosteniuk defeated Zhansaya Abdumalik to make sure Brutal Bishops remain undefeated so far. Ruthless Rooks defeated Quintessential Queens 3.5-2.5 which is the only team still in search for their first match win. The Kingslayers are going strength to strength as they beat Krazy Knights 4-2. Anish Giri played another fantastic game against Hikaru Nakamura. The Dutch no.1 was completely winning, however the Speed King managed to escape with a draw. Round 4 starts today from 8:00 p.m. IST. Photo: Samay Raina live stream

Ruthless Rooks scored their consecutive victory of the event. They defeated Quintessential Queens 3.5-2.5 to move to the top of the table. GMs Karthikeyan Murali, Anna Muzychuk and Harika Dronavalli's win ensured the top spot for the first time in this event. 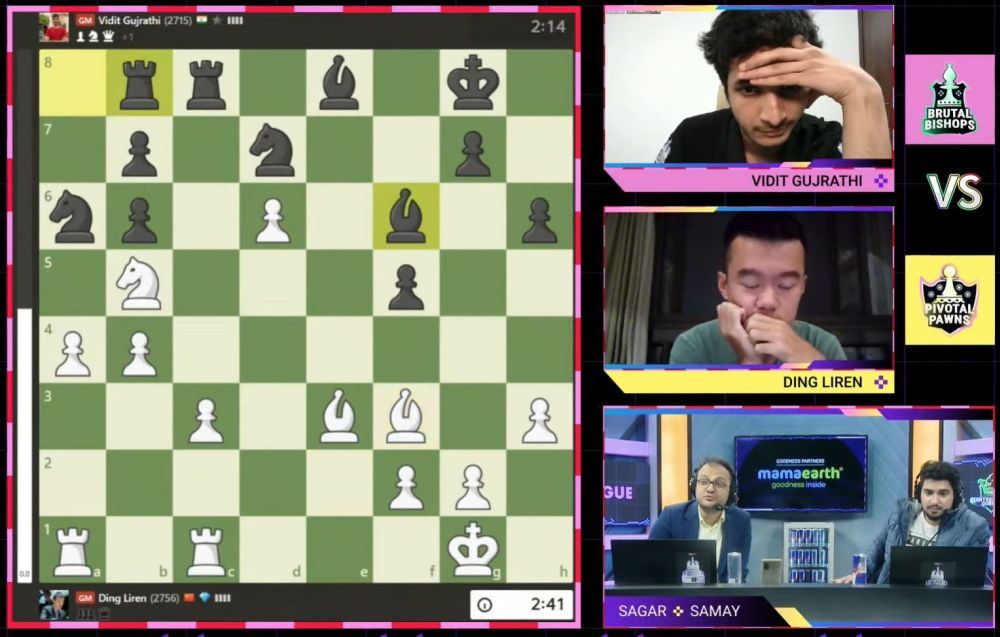 GM Anna got a pleasant position out of the opening after IM Tania missed an opportunity to equalize. 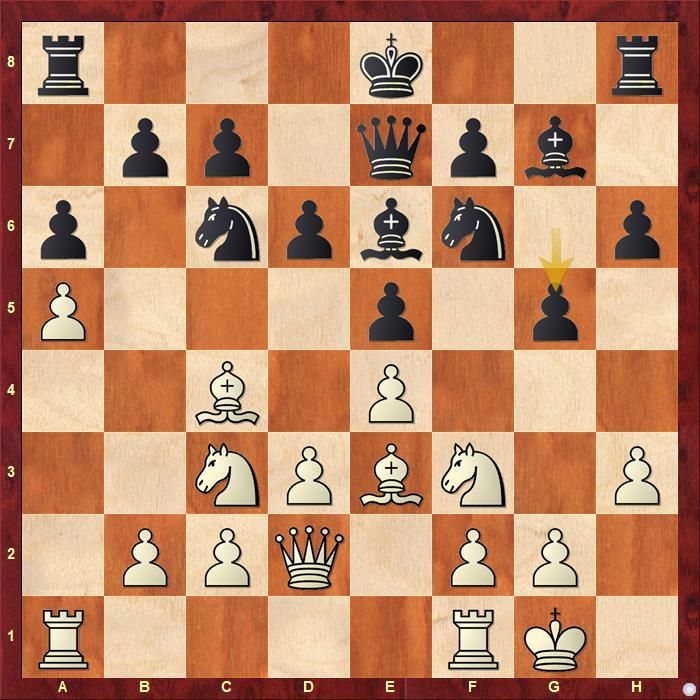 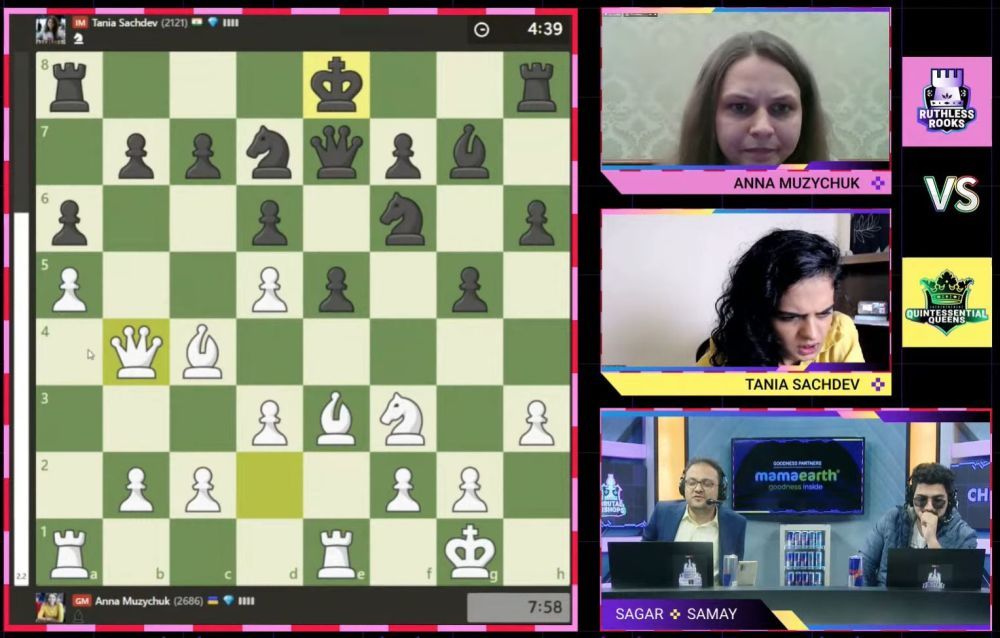 The Kingslayers registered second consecutive victory as the defeated Krazy Knights 4-2 in the third round. GMs Sethuraman, Dzagnidze and WIM Arpita scored victories for The Kingslayers. GM Mariya Muzychuk scored the sole victory for Krazy Knights as Nakamura and Aryan Chopra drew their respective games. 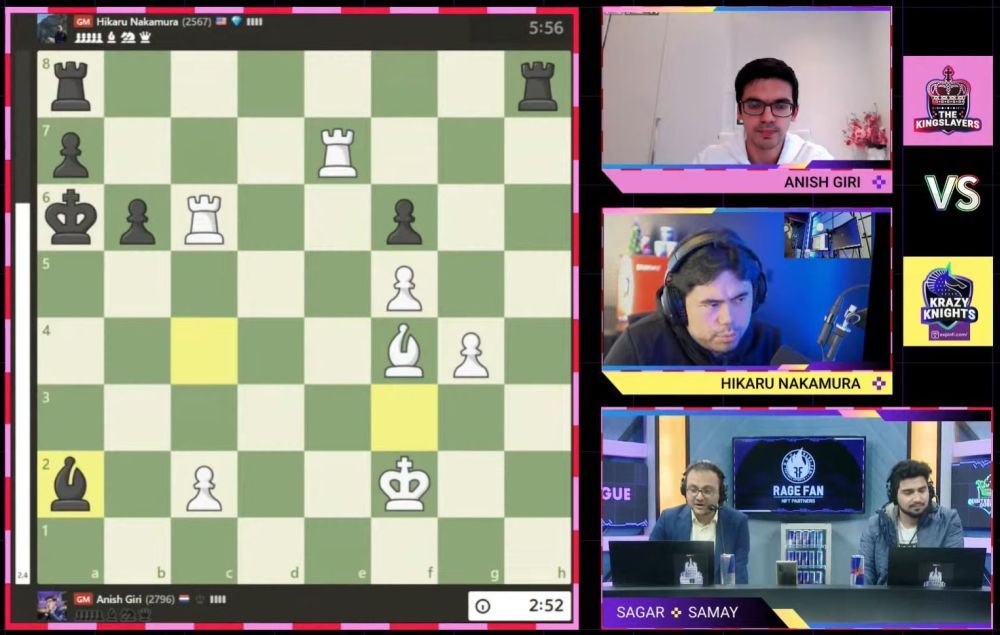 Giri had a substantial advantage for the better part of the game. Perhaps 30.Rxf6 could have given White a favorable result, compared to the text 30.Rc3 Kb5 31.Ra3 Bd5 32.Raxa7 Rxa7 33.Rxa7 and the game headed towards a draw.

GM Sasikiran was significantly better for the majority of the game against GM Sethuraman.

One of the best chance White had in the game was in the above position. 24.d6 cxd6 25.d5 Ne5 26.Qd2 Qf3 27.Rde1 and White has too many threats for Black to thwart. Even 24...Qxd6 25.Rh3 also leads to decisive advantage for White. Sethuraman managed to exchange the queens to reduce the attack and a bit of misplay by White allowed Black to completely turn things in his favor.

WGM Mary Ann Gomes fought back from adverse position and almost managed to save the game against GM Nana Dzagnidze. 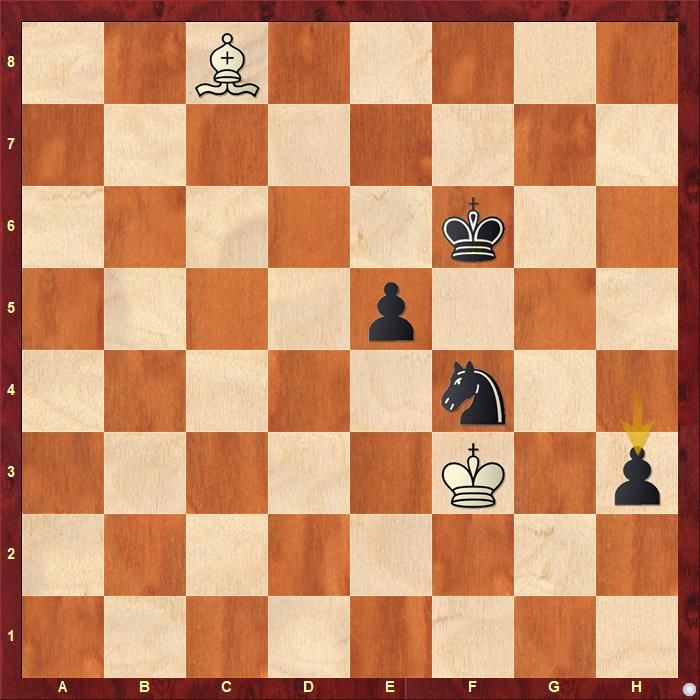 The game has reached to a drawn position after 69...h3. To play e4, Black needs to place her king at f5 and when that happens Bc8+ should drive the king away. White needs to keep her king at g3 and the bishop in the long diagonal, so Ke3, e4 will not work as even if Black gets that, she will be in a zugzwang. The next move will drop either the h3-pawn or the knight. In both cases, it would have led to a draw. 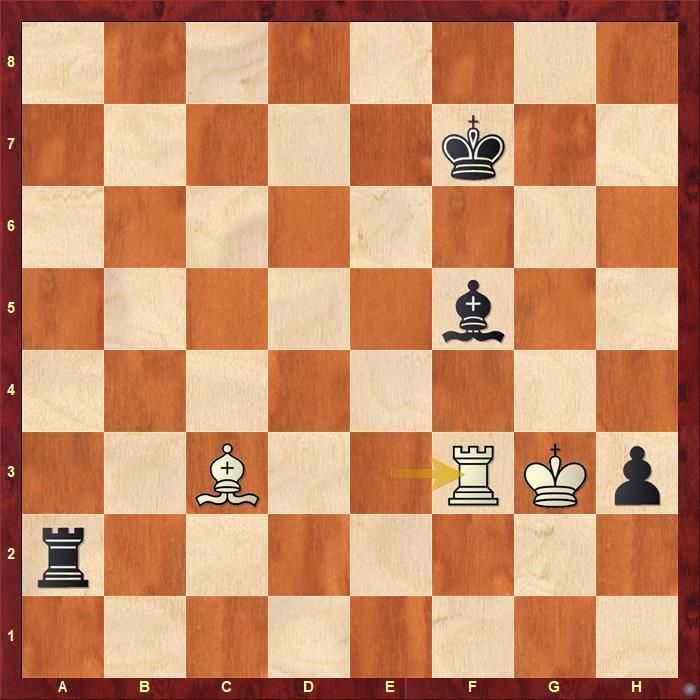 It would not have changed the outcome of the match result as The Kingslayers would still have won it. Time scramble caused both players to miss it. Find out what Black should have done to seize the win. 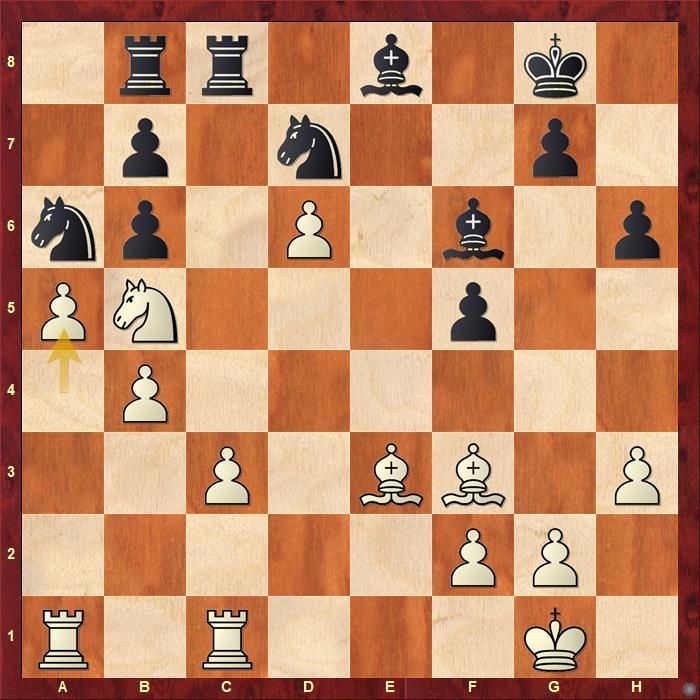 White had some compensation for the lost piece. However, the world no.2 made a mistake of playing 28.a5 which alleviated the pressure for Black 28...bxa5 29.Rxa5 Ne5. Eventually Vidit used his material advantage to solve all problems and win the game.

When Vidit Gujrathi got the better of world no.2 Ding Liren | Video: ChessBase India

IM Bhakti Kulkarni got a better position out of the opening and managed to convert it into a win against IM Eesha Karavade.

Here are a few interesting finishes of Round 3. 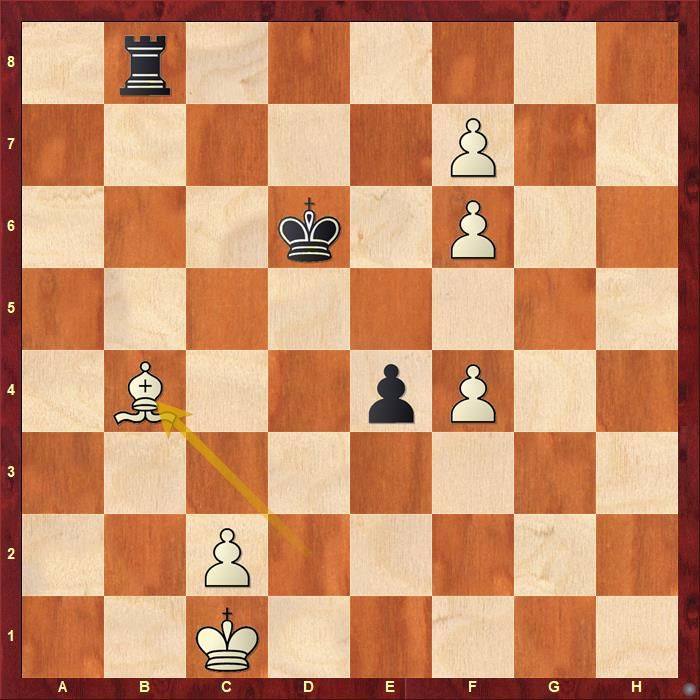 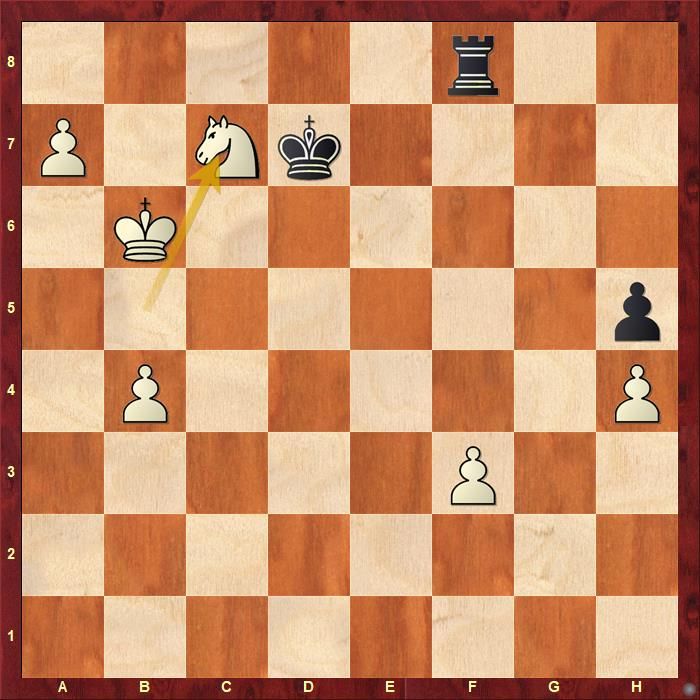 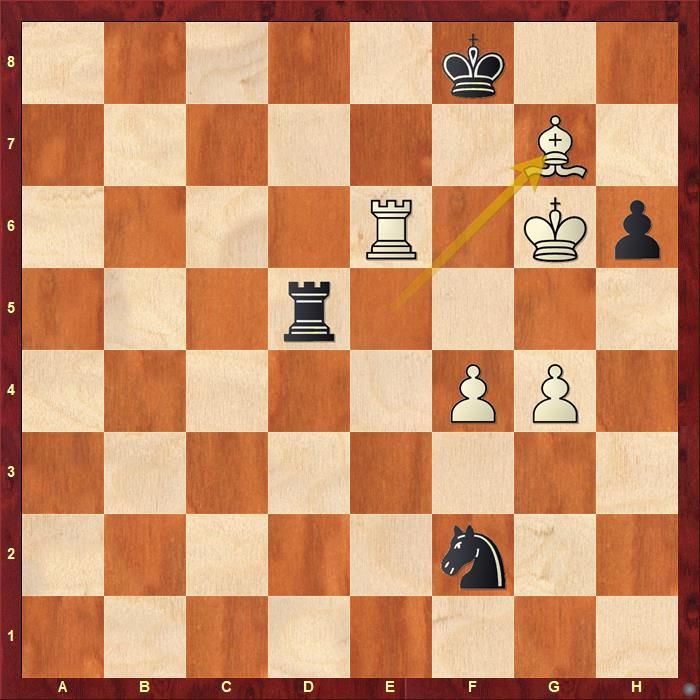