The Kingslayer has been dominant throughout the event, however they drew with Pivotal Pawns in Qualifier 1. GM Sethuraman S P who is well-known to thrive under high-pressure situations was sent to slay GM Abhijeet Gupta in Armageddon. That is exactly what he did, and The Kingslayers became the first team to advance to the Finals of CoinDCX Chess Super Leauge. Pivotal Pawns had to take the longest route to the Finals as they had to play Qualifier 2 where they beat Brutal Bishops 4-2 convincingly to set up a clash against The Kingslayers in the Finals which starts today from 8:00 p.m. IST. Anna Muzychuk of Ruthless Rooks, became the only player to score an incredible 6.0/6 in the event, something which cannot be tied by any other player. Photo: Samay Raina live stream

Pivotal Pawns drew with The Kingslayers in the Qualifier 1. However, Sethuraman beat Abhijeet Gupta in Armageddon which forced the Pivotal Pawns to play the Qualifier 2 against Brutal Bishops. It was IM Bhakti Kulkarni, GM Zhansaya Abdumalik and WIM Savitha Shri's three important victories ensured Pivotal Pawns qualification in the Finals. 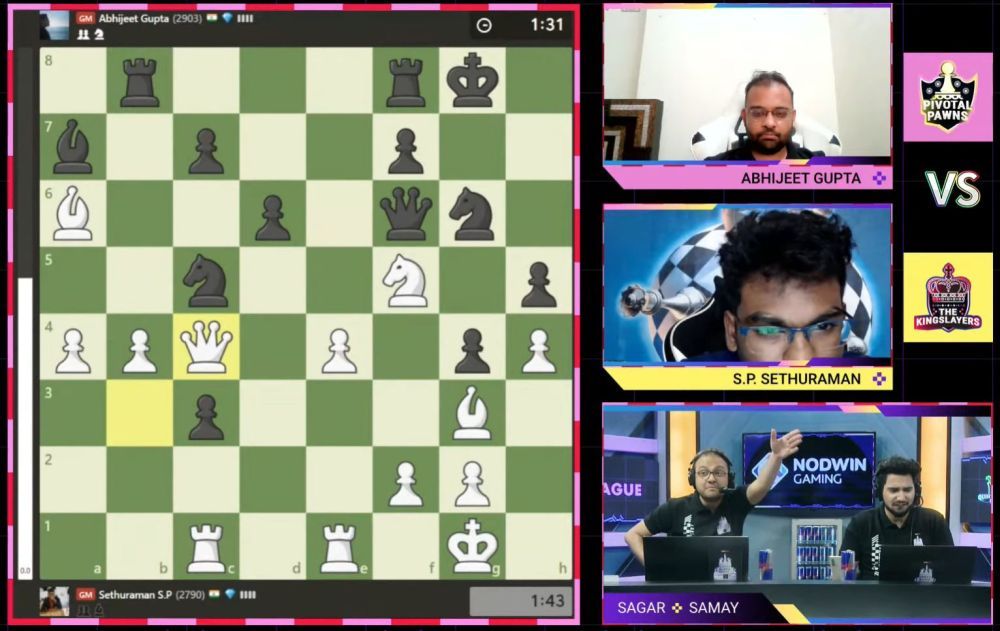 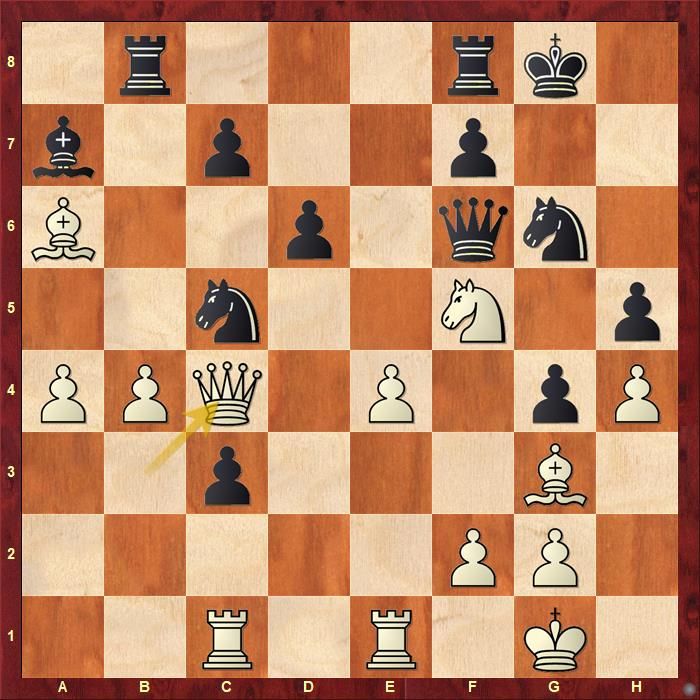 26...d5 and Black will be fine after 27.Qxd5 Nxa6. Since it was Armageddon and a spot for the Finals was up for grabs, under pressure, Black made the mistake of playing 26...Nxa6 and things completely turned into White's favor after 27.Qxa6 as the a7-bishop is lacking enough space and the White has a protected passed pawn on the queenside. Sethuraman won the game comfortably and ensured The Kingslayers place in the Finals. Thus, Pivotal Pawns had to play Qualifier 2. 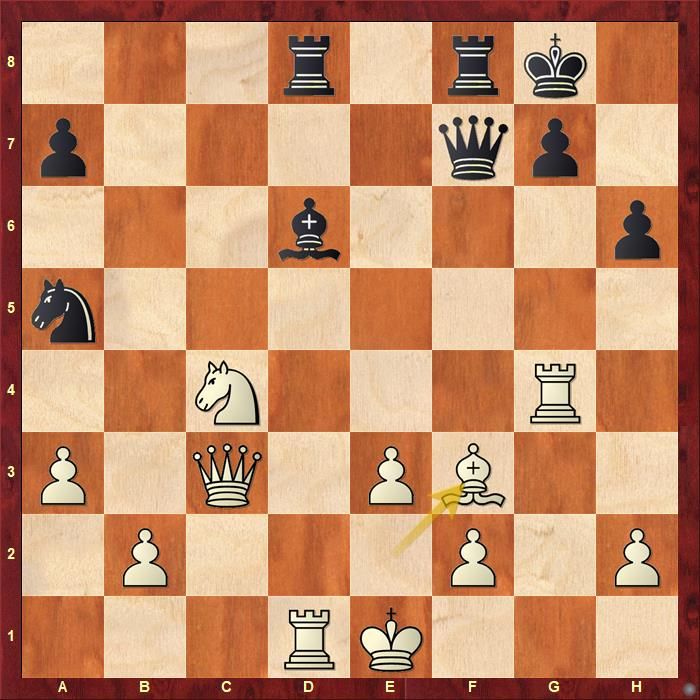 It would have been an incredible game if Karthikeyan found the winning move here. A game that he would have remembered for a very long time. Unfortunately he could not find it as he had less than 25 seconds left on the clock. Find out the excellent winning continuation for Black.

Karthikeyan tweeted the incredible position after the conclusion of the game

Teimour Radjabov fumbled on his way to victory and Hao Wang almost saved the game in the final moments. 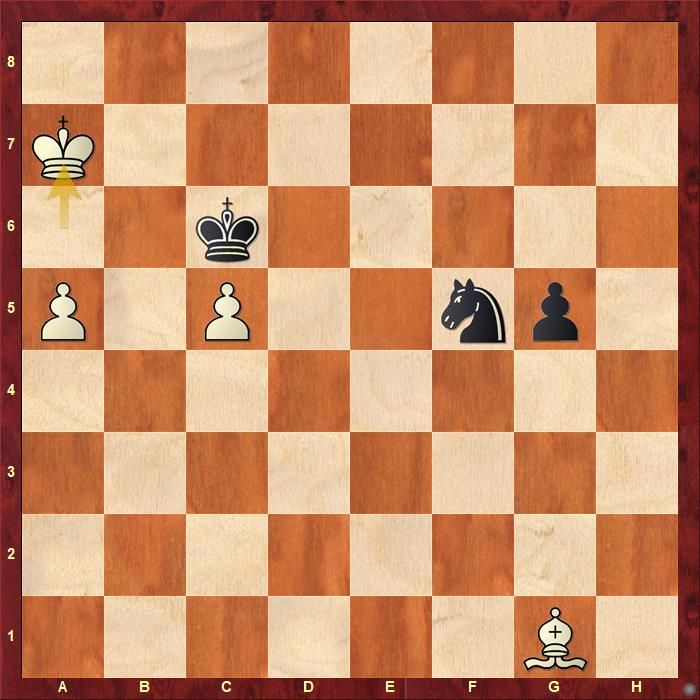 Black is still very much in the game and can save the game. With a little over 30 seconds left on the clock, Black was unable to find the correct defense. Find out the only way for Black to salvage a draw. 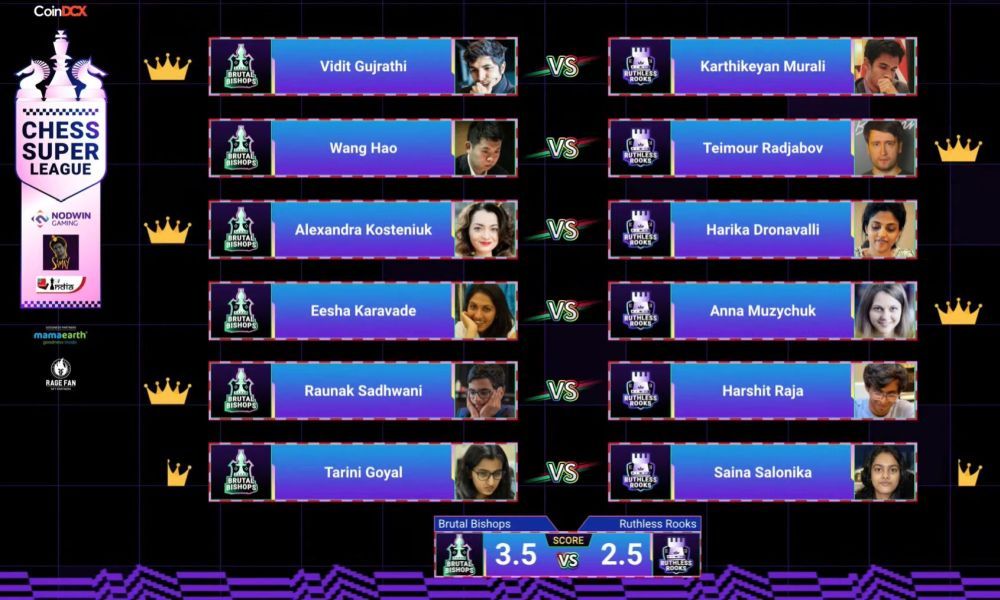 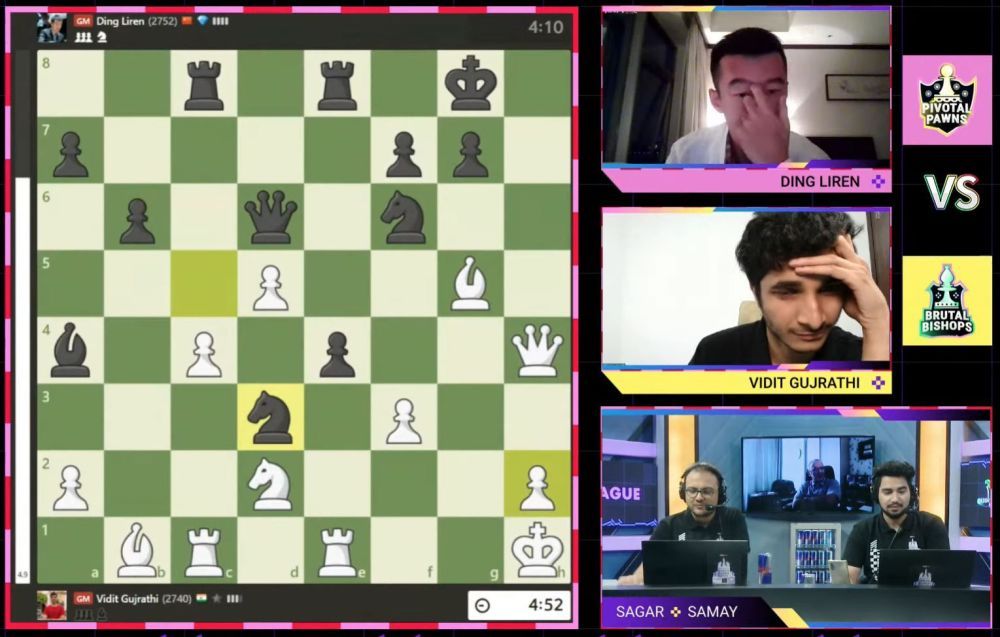 Vidit was completely winning for the better part of the game. One of the best chance he had in the entire game was in the above position after 29...Nd3. 30.Rg1 would have been the best continuation for White. Find out why. The game continued 30.Bxd3 exd3 31.c5 Rxc5 32.Qxa4 which is also winning for White, however Vidit's inaccurate play allowed Ding Liren to fight back and save the game.

Here are a few interesting finishes of the knockout stage. 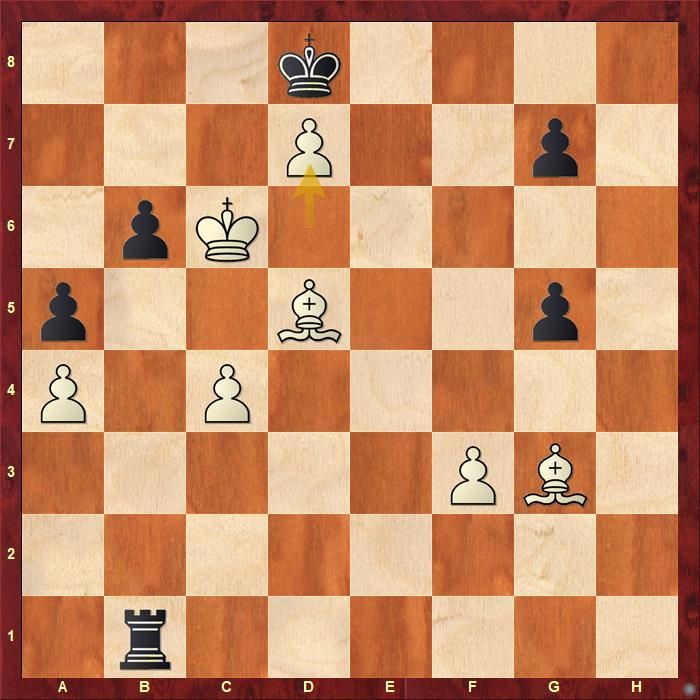 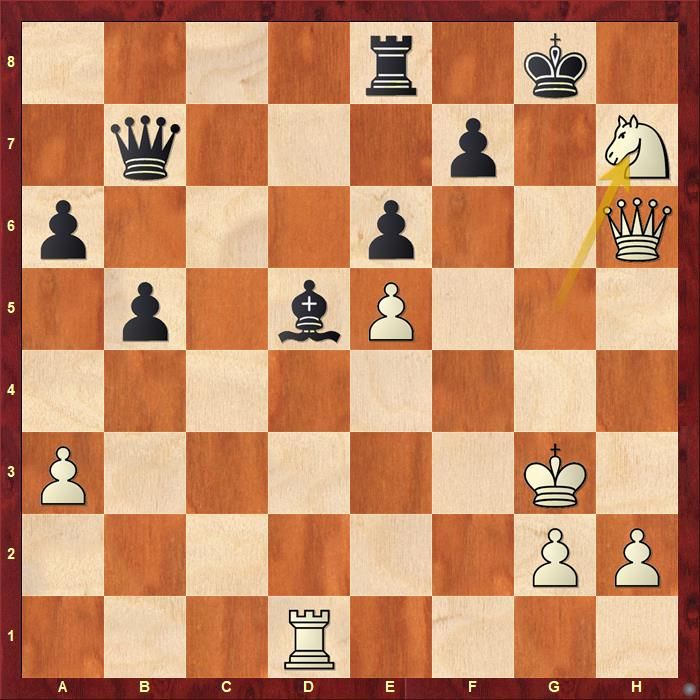 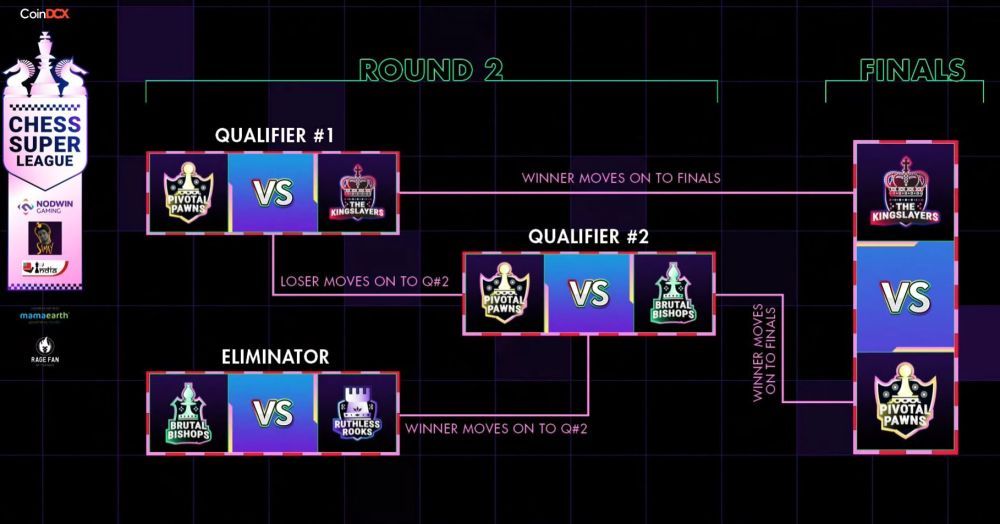