Bangladesh Police does a hat-trick of Premier League triumphs

Bangladesh Police scored a hat-trick of Bangladesh Premier League wins by winning Golden Jubilee of Independence Premier Division Chess League 2021. The team scored an unbeaten 20.0/22. They have not lost a single match since 2019. This was the first time, among their three consecutive triumphs, they conceded two draws against the remaining podium finishers - runner-up SAIF Sporting Club and second runner-up Bangladesh Biman. Both of them scored 18.0/22 each, however they were placed second and third respectively according to the tie-breaks. Top three teams received Tk 125,000, Tk 75000 and Tk 50000 each respectively. Photo: Bangladesh Chess Federation

Harsha, Leon, Abhimanyu and Aronyak are the top Indian performers 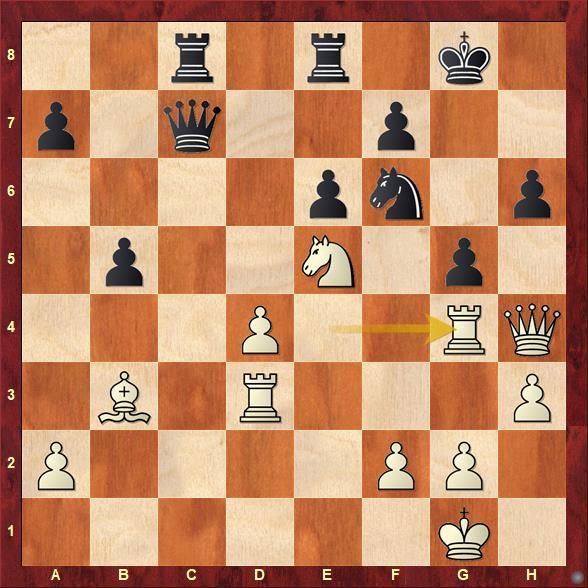 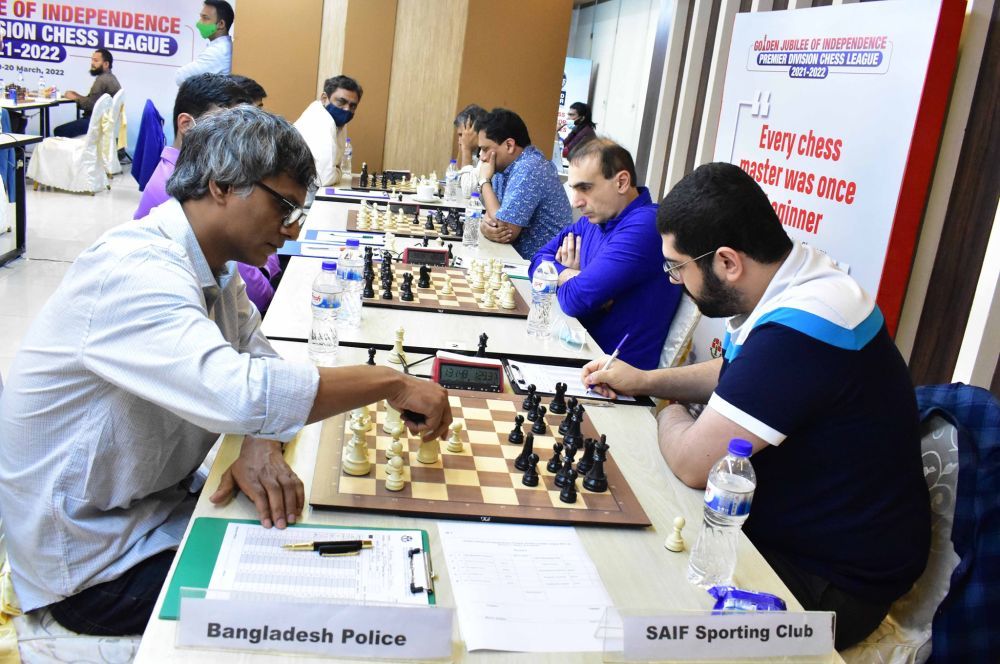 Bangladesh Biman also scored 18.0/22. However, due to lower tie-break scores, they had to settle for third position and SAIF Sporting Club was placed second. GM Abhimanyu Puranik was the top scorer for his team 9.5/11. He also gained 14.1 Elo rating points. 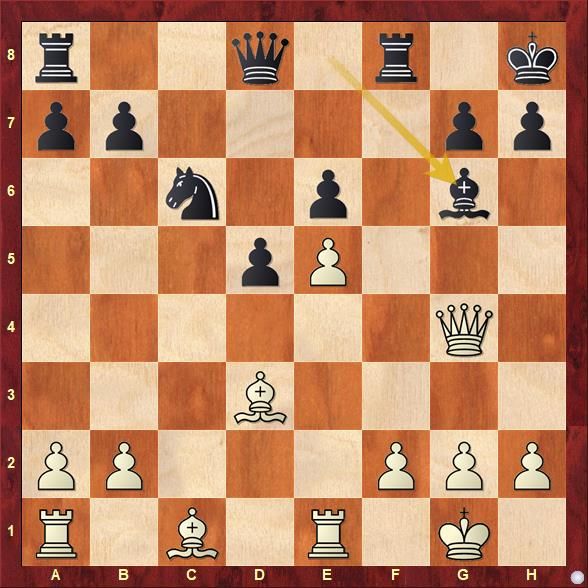 Sultana Kamal Smirity Pathagar won the Golden Jubilee of Independence 1st Division Chess League 2021. They won all their matches 22.0/22 and finished four points ahead of the field. IM Muthaiah Al was the top scorer for the winning team 10.0/11, followed by IM Harikrishnan A Ra 6.5/10. 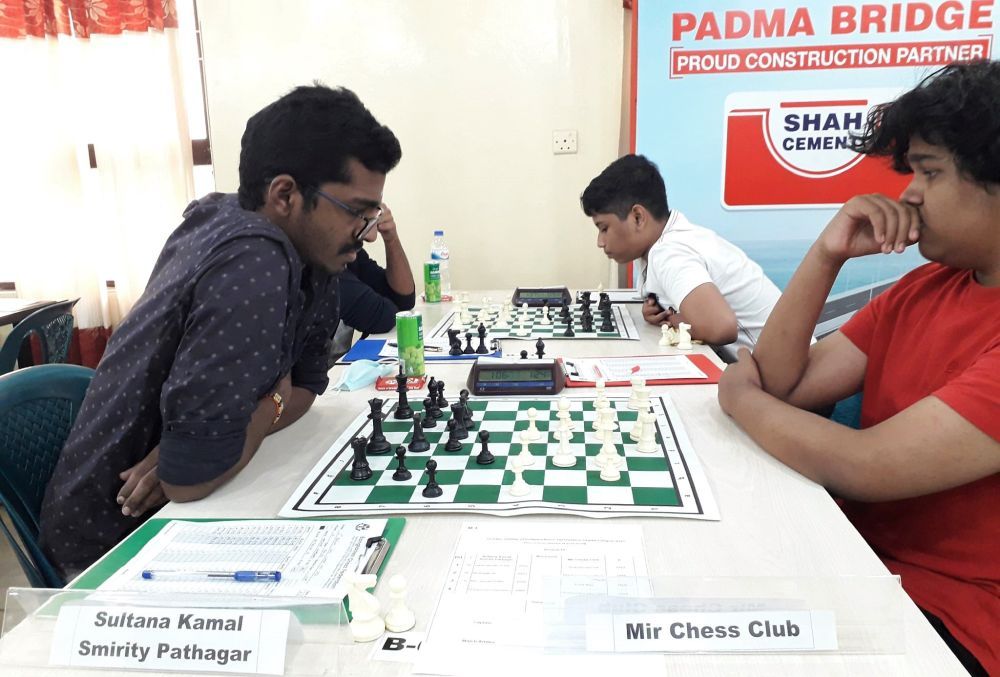 Top seed of the 1st Division, Palli Sanchoy Bank scored 18.0/22 to secure second place. IM Dhulipalla Bala Chandra Prasad was the top scorer for his team. He scored an unbeaten 10.0/11. 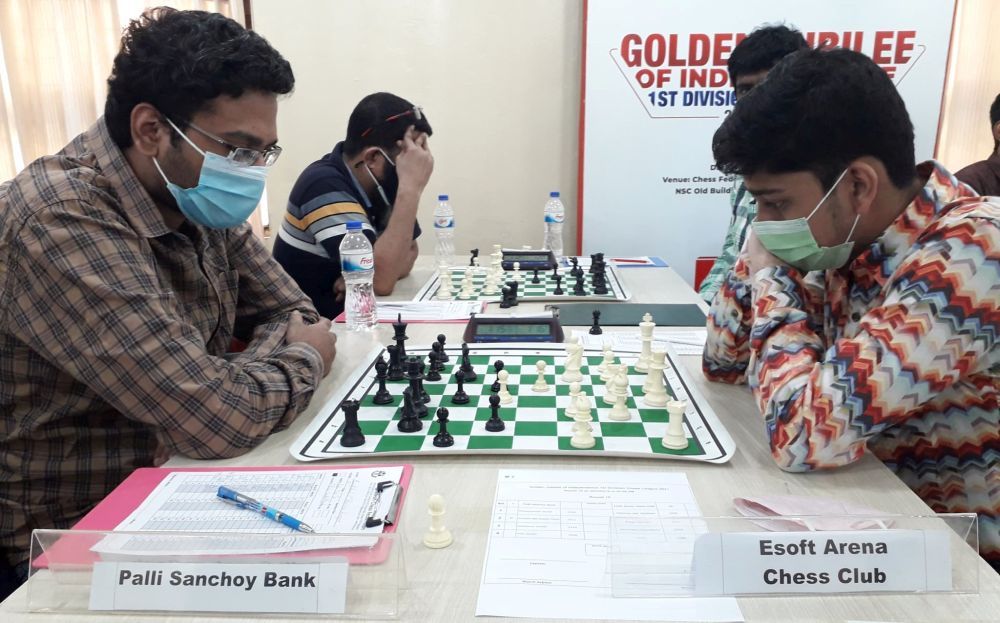 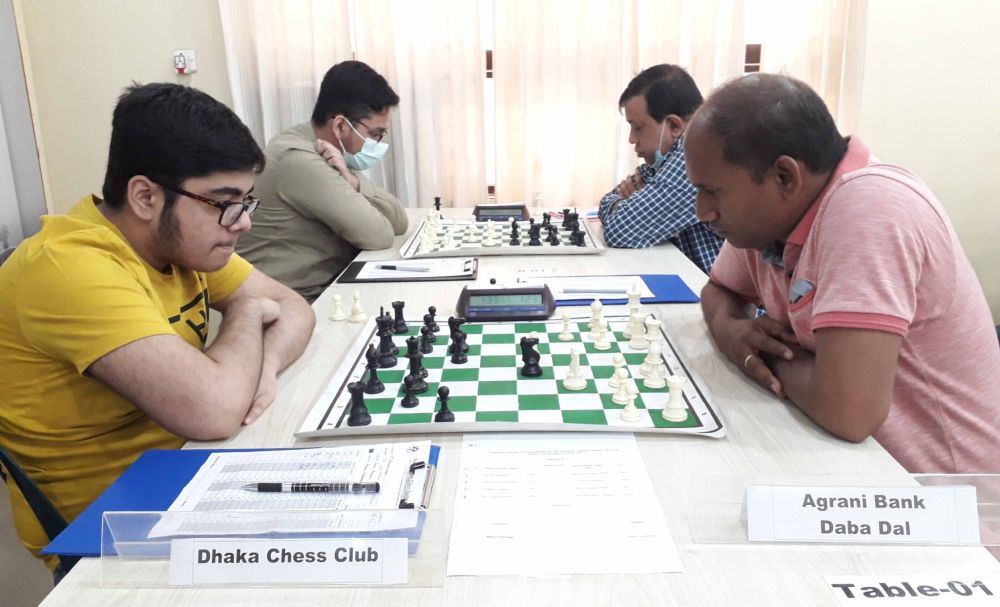 Final standings after Round 11