Defending champion Bangladesh Police won their first match with a minimum margin 2.5-1.5 over Manha's Castle at Golden Jubilee of Independence Premier Division Chess League 2021-22. Harsha Bharathakoti answered the perennial question of who will beat Arjun Erigaisi for the first time in Classical chess in 2022. The new National Senior Open champion is riding high on his momentum since summer 2021. The last time Arjun lost a Classical game was against Abhimanyu Puranik at Sitges on 22nd December. Harsha ended his 24-game unbeaten streak in 2022. Round 2 starts today at 3:30 p.m. IST. Photo: Bangladesh Chess Federation

IM Aronyak Ghosh of Leonine Chess Club scored a nice victory over GM Himanshu Sharma of Titas Club. Only two matches ended in draws. There was no whitewash in the first round. Only five out of 24 games were drawn. The competition is much stronger this year as the teams seem to be more balanced. 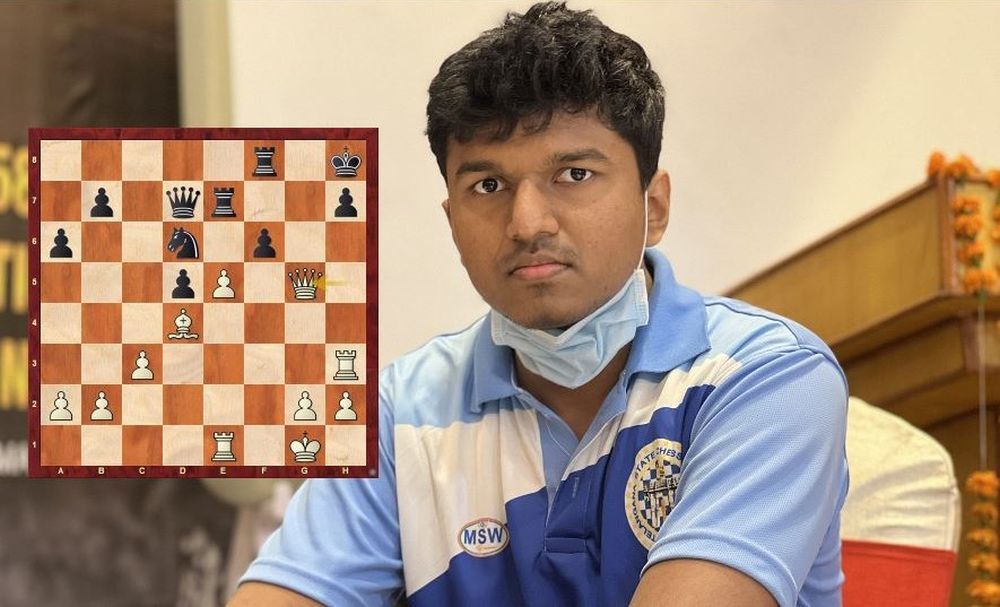 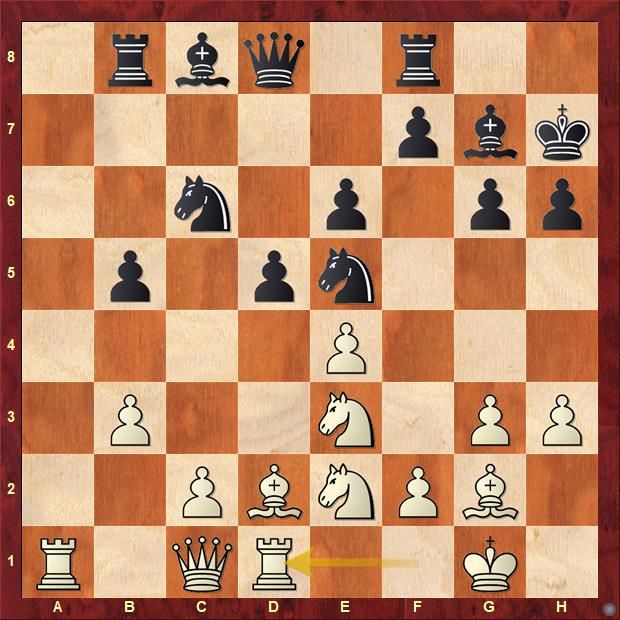 19.Rd1 allowed Black to gain positional advantage and avoid having an isolated queen's pawn on d5. 19...dxe4 20.Bxe4 Nd4 21.Nxd4 Qxd4 22.Bg2 Bb7 and Black is doing much better. Although White got an opportunity to equalize a few moves later, he was unable to find it and dropped a pawn. Aronyak converted his extra pawn advantage into a win comfortably.

Titas Club and Leonine Chess Club match result is a draw, but neither team had a single game drawn | Photo: Bangladesh Chess Federation 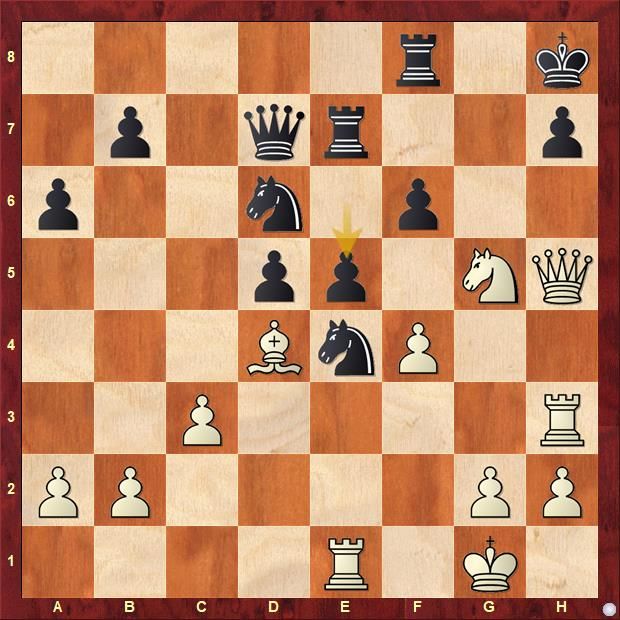 White has everything focused on Black's kingside. 25...Rg7 would have kept the position defended. However, 25...e5 is the break one would hope for to disintegrate Black's position. While 26.Qh6 is said to be better by the computer, Harsha went for the humane 26.fxe5 Nxg5 and now White has the fancy 27.Qxg5. If Black accepts the queen sacrifice 27...fxg5, it will be over soon after 28.exd6+. The position liquidated into a winning rook ending for White, one which Harsha converted with ease. 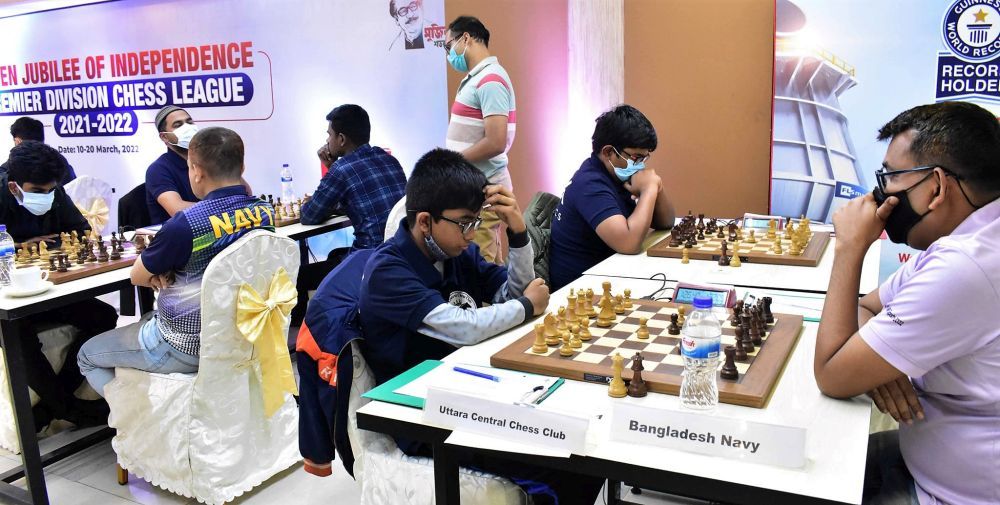 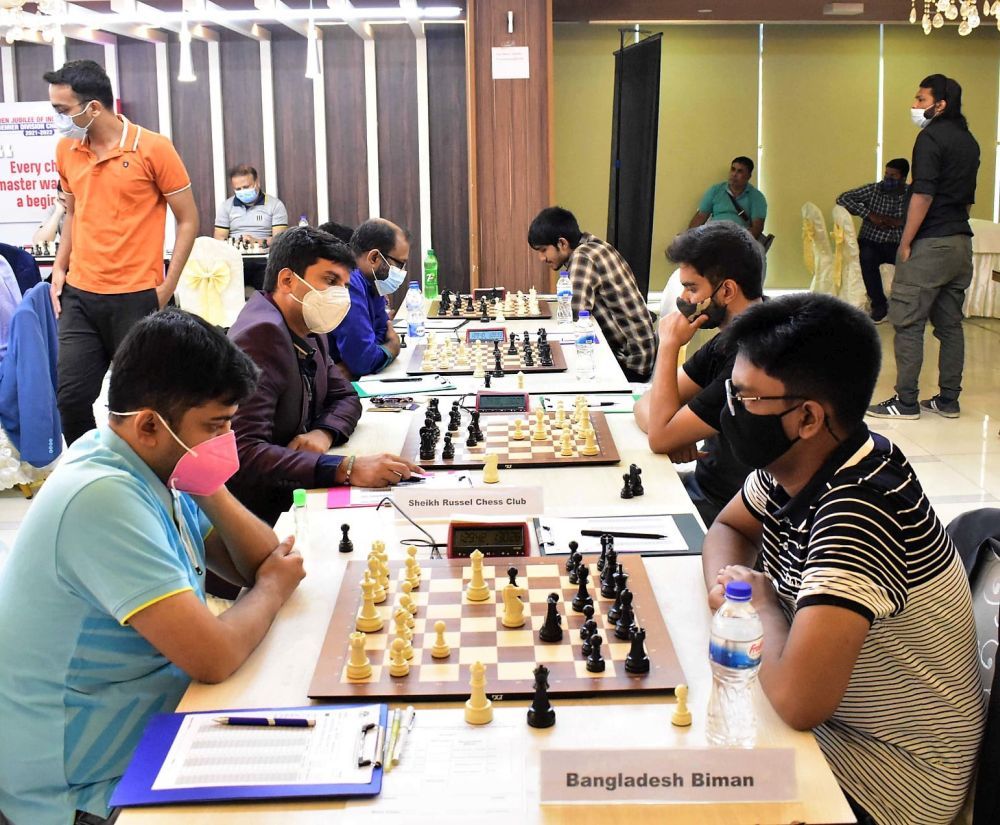