Day three of the 1st Gujarat International Chess tournament brought big news for Indian chess. In the fourth round, Harsha Bharathakoti defeated GM Farrukh Amonatov to breach the 2500 Elo threshold and become India's 56th grandmaster. Indians also scored some other upsets in the day. In the third round, Vinayak Kulkarni of Karnataka drew a wild tactical game against GM Adam Tukhaev. An illustrated report.

Day three of the 1st Gujarat International Grandmaster tournament was one of the busier days at the event. Two rounds were scheduled for the day: a 10 AM morning round and an afternoon round at 4:30 PM.

When the day came to a close, the tournament had almost reached the halfway mark. Currently, six players are leading the tournament with a perfect score of 4.0/4, one of whom is Harsha Bharathakoti. But in Harsha's case, more important than taking the tournament lead was the fact that he had become the country's 56th Grandmaster. Beating the second seed of the tournament, GM Farrukh Amonatov, he breached the 2500 Elo threshold and, thereby, completed all requirements for his Grandmaster title. Prior to this, he had already completed three GM norms at the Isle of Man Open, the Dubai Open and the Abu Dhabi Masters. 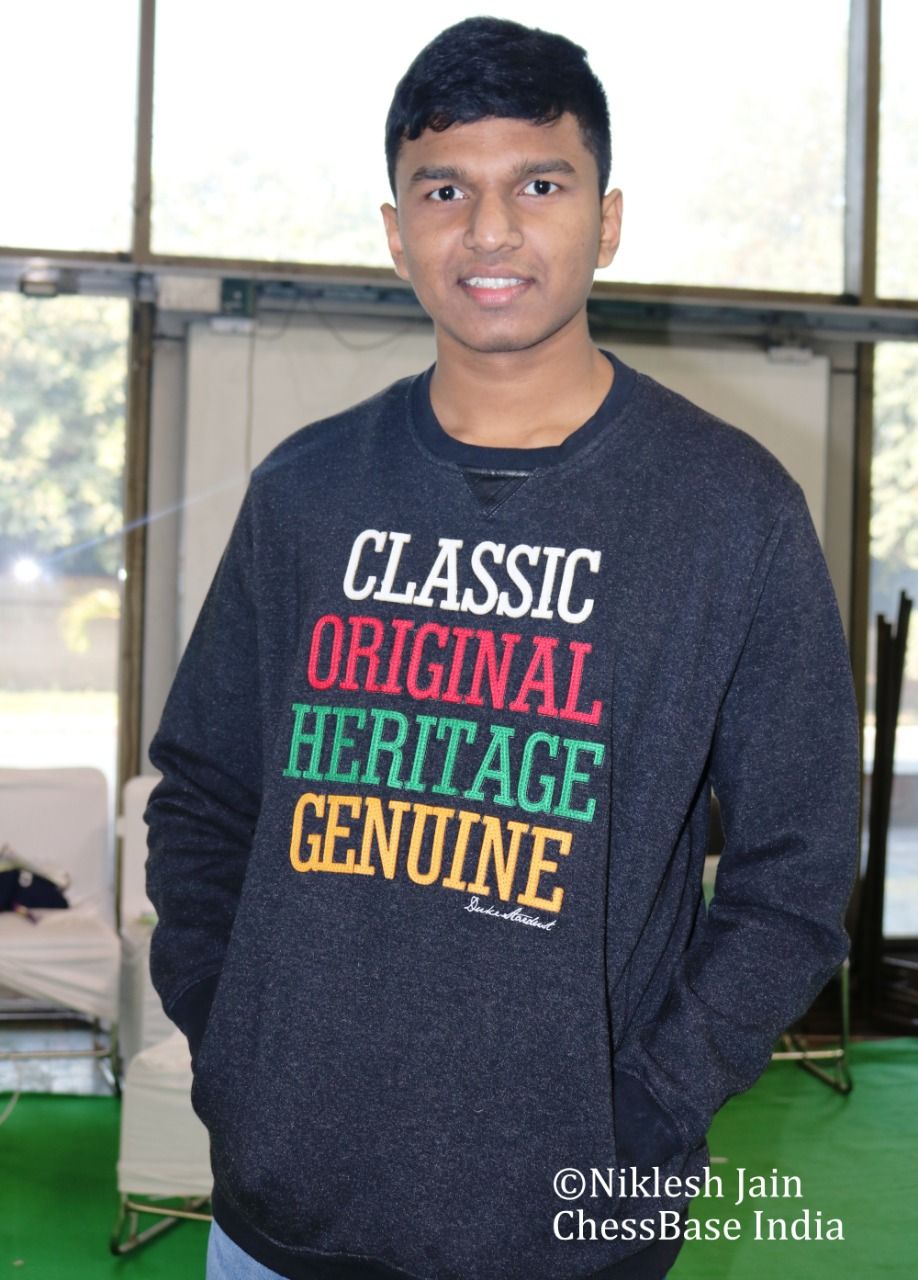 In the game, Harsha had countered Amonatov's 1.e4 with the Pirc defence. The game, quite characteristically, drifted into sharp lines that involved opposite wing castles. By around the 23rd move, Amonatov was hard-pressed to take concrete measures as the black pawns, in conjunction with the black queen and knight, were poised to wreak havoc in the white camp, otherwise. 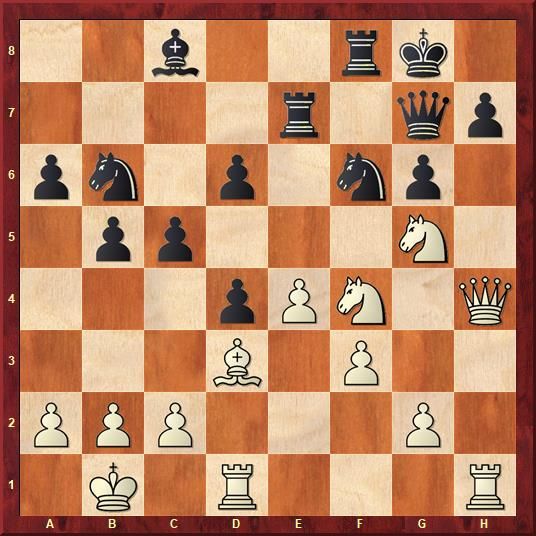 The computer evaluates this position to be equal but the way to retain equality is 21.Nxh7! Amonatov tried 21.Rh2 but after 21...c4 22.Be2 Na4, black just had too many threats.

Talking to ChessBase India, Harsha said after the game that it was due to Amonatov's opening inaccuracies that he was in time to strike in the centre and plonk his knight on c4. He also pointed out that Amonatov should have sacrificed his knight on the 21st move in order to remain in the game.

While an opening inaccuracy determined the result of the game on board two, one board below, on board 3, the outcome of the game was decided by an endgame blunder. Levon Babujian had held ground pretty well against his higher rated opponent, GM Ivan Popov. The Queen's Gambit that had been discussed had led to a rather balanced middle game. Popov had an extra pawn in the endgame that had ensued but Babujian had contained it well. It seemed the game would peter out into a draw really soon. However, Popov made an incredible blunder on his 47th move. 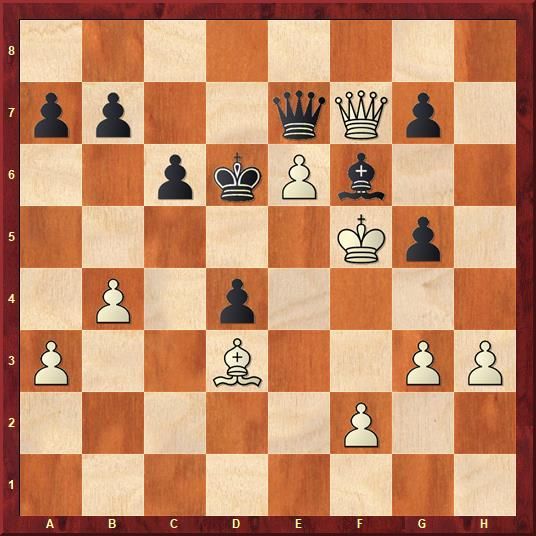 Amazingly, black played 47...g6+ here. And after 48.Kxg6 Be5 49.Qxe7 Kxe7 50.Kxg5 Kxe6, black was utterly lost and ended up resigning three moves later. Quite an unfortunate end to an otherwise balanced game. 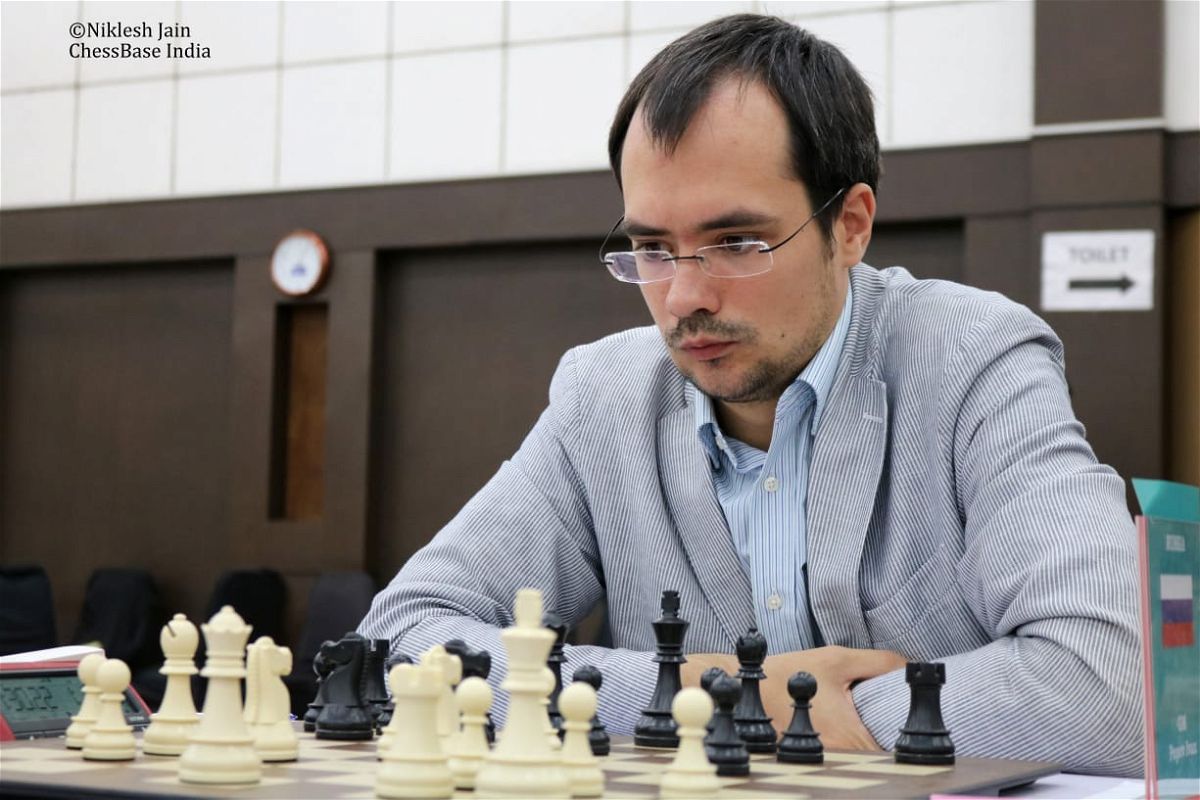 Earlier in the day, in round 3, GM Martyn Kravtsiv seemed to be in for kill. After two relatively modest victories, the Ukrainian grandmaster went all guns blazing at his young Indian opponent, Aaryan Varshney.

A Sicilian Defence was on the board when Kravtsiv played a quasi Keres attack with 7.g4 – quasi because the g4 line is usually seen in the Scheveningen while this was a Najdorf. Soon, kings had castled on opposite wings and pawns stormed towards their enemy monarchs. 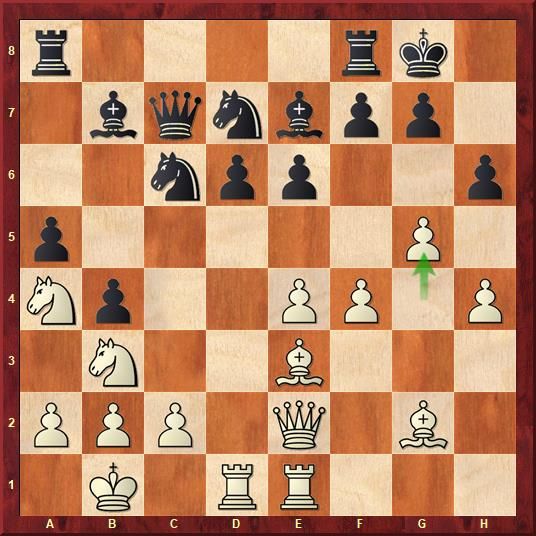 As can be seen in the diagram above, white was much faster with his attack. Varshney did not manage to last long in the face of this. In just a few more moves, Kravtsiv had crashed into the black camp with decisive effect and a checkmate was on the board after 37 moves. 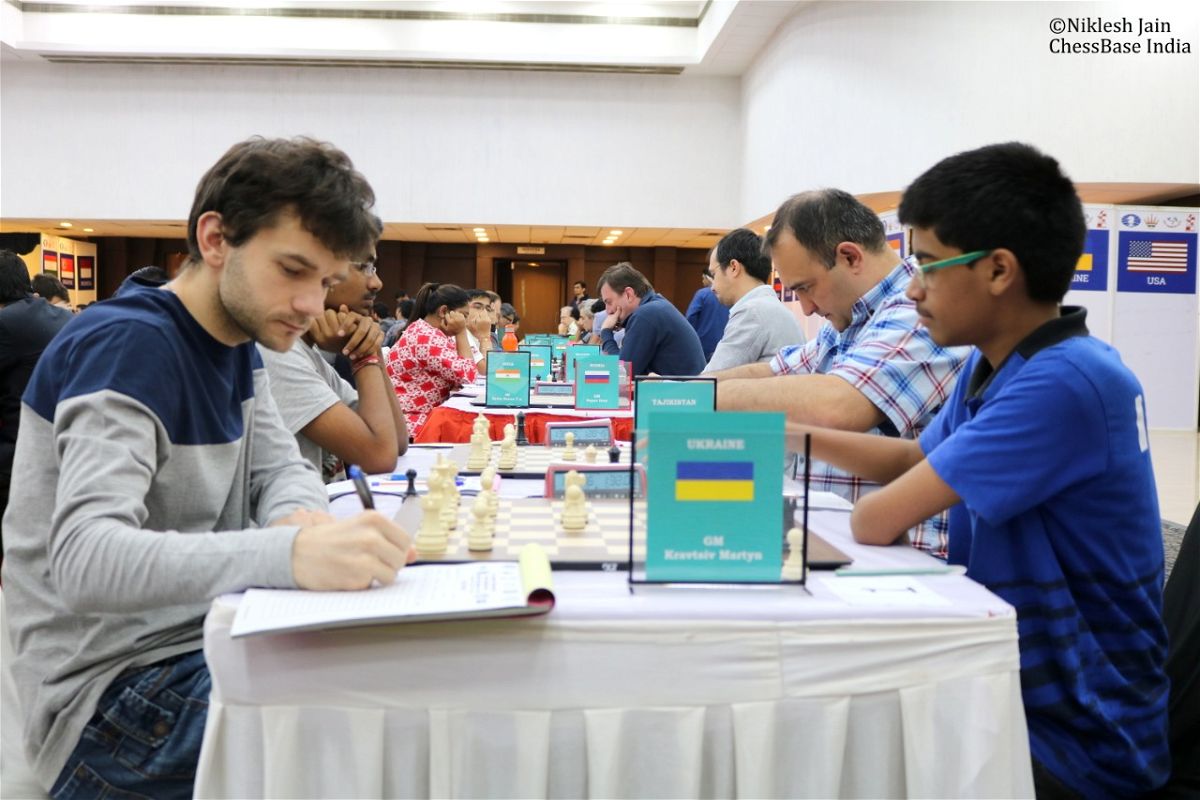 On the second board, GM Farrukh Amonatov had the black pieces against FM V S Rathanvel. Here again, the Najdorf Sicilian was on the board. Having equalized comfortably out of the opening, Amonatov made the thematic exchange sacrifice of the Sicilian on c3.

The position remained fairly balanced for a long while but the ticking clock began to make its presence felt soon. Around move 38, Rathanvel managed to liquidate the position and make his material edge more pronounced. 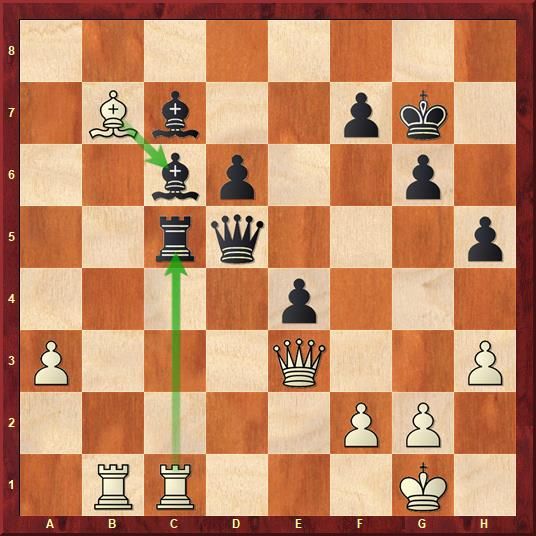 Here, white simply hacked off on c5 with the rook and then on c6 with the bishop and got a much better position. But with the clock ticking, confusion grew. And Amonatov exploited this by creating more and more complications. In the end, Rathanvel succumbed to the pressure and lost the game. 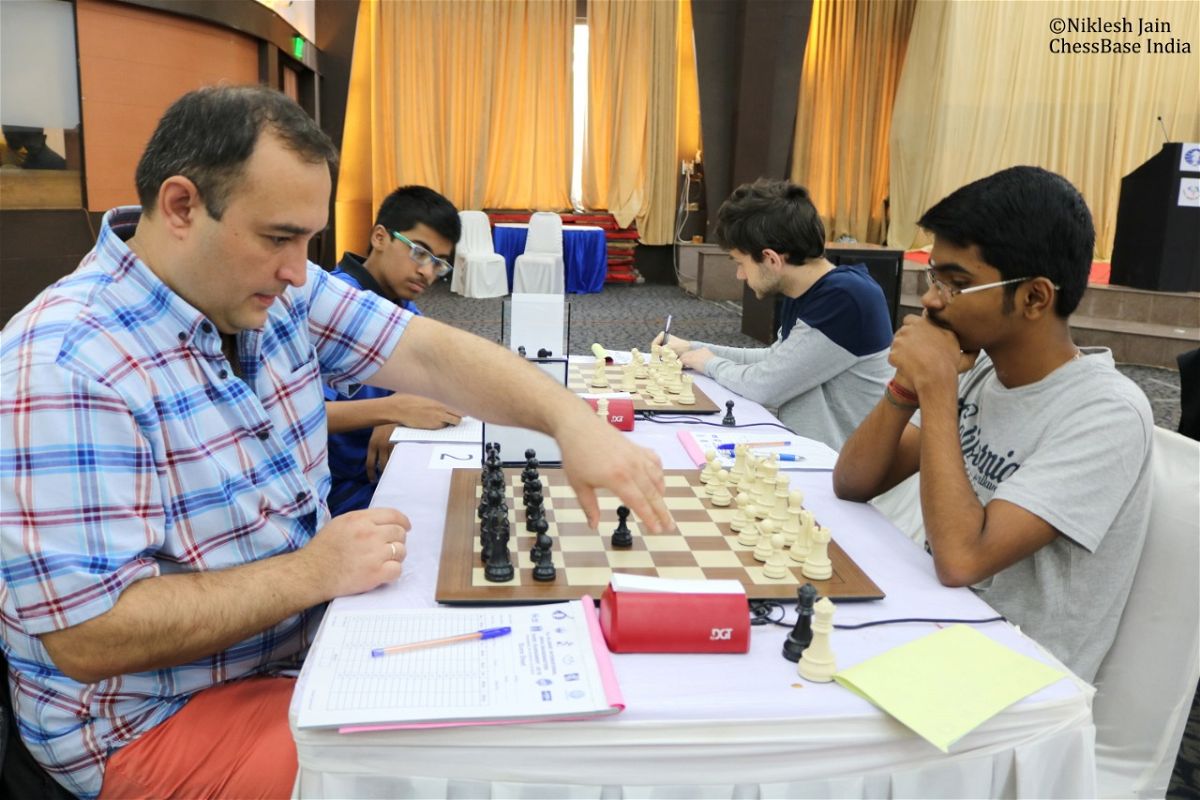 Farrukh Amonatov went for broke to win his third round game against VS Rathanvel | Photo: Niklesh Jain

Karnataka’s Vinayak Kulkarni scored his second draw against a grandmaster in the third round, against GM Adam Tukhaev. Tukhaev, like his compatriot, GM Kravtsiv, was in an all-out attack mode in the game.

Giving up a pawn early in the game, Tukhaev rushed his pieces to the kingside and had even reached a clearly winning position. Unfortunately, at the very last moment, he missed the winning continuation. 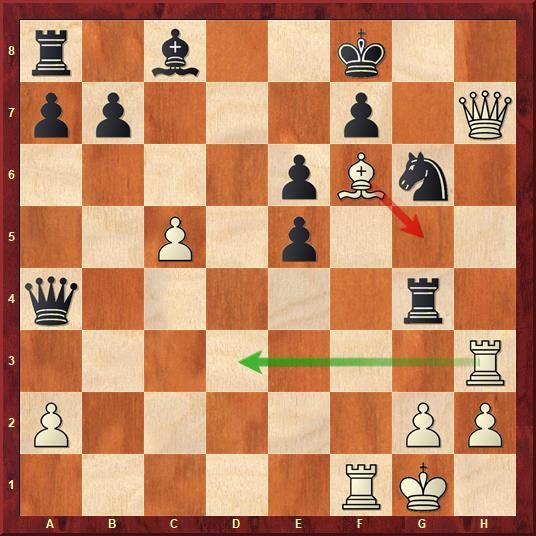 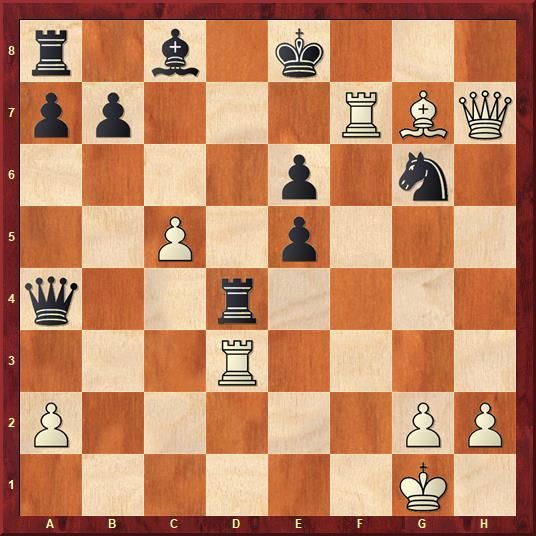 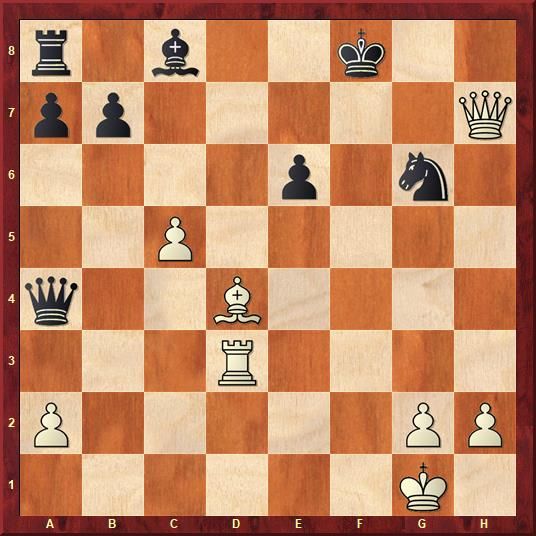 However, Tukhaev went for 28.Bg5  which led to nothing better than a move repetition. After the game, Vinayak Kulkarni told ChessBase India that it was a part of his plan to complicate the position and make his opponent lose time. "I had played provocatively right from the opening. In fact, everything starting from 12...Bxb2 was played to make him lose time. And I thought I was winning at some point, but his move 23.Bg5 was very strong. I had completely missed it and, perhaps, if white did not have 23.Bg5, I would have been winning," Vinayak said. 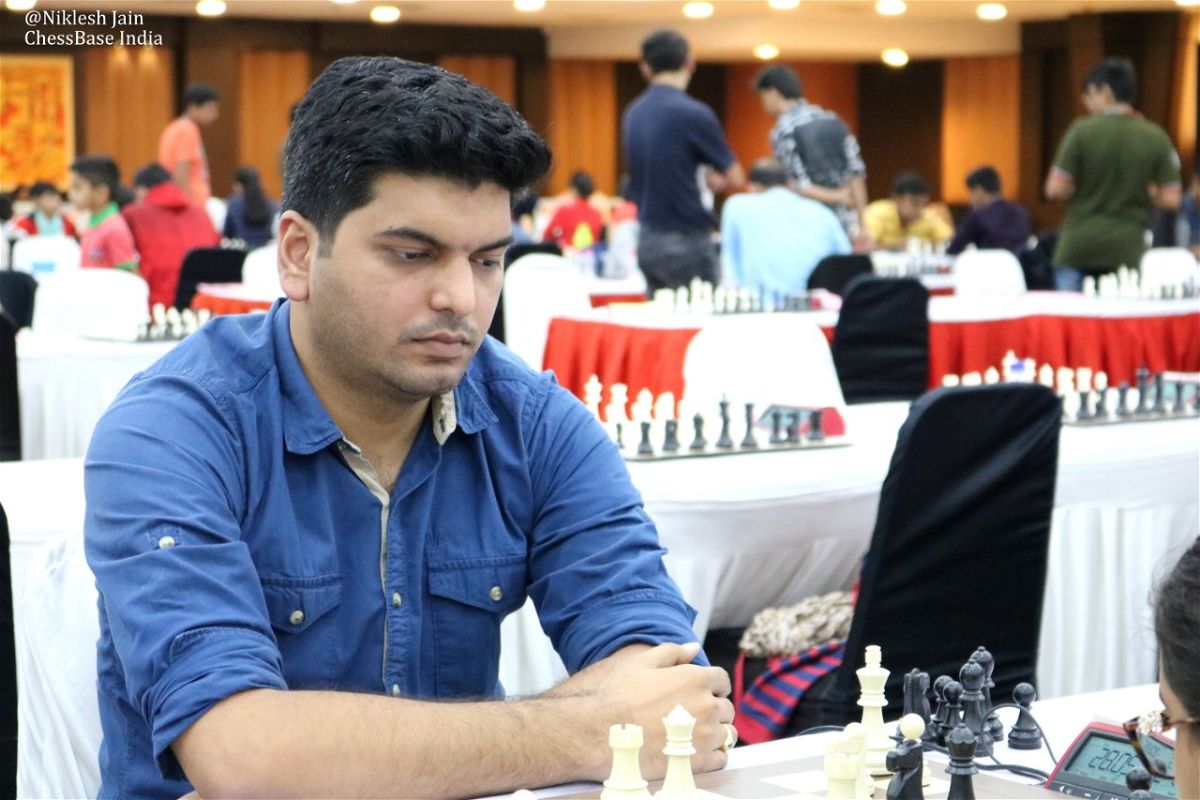