Anish Giri is consistently playing well in Tata Steel Masters 2021 and he finally took a sole lead 7.0/10 by beating Wojtaszek in the tenth round. Just when everybody thought that their game will end up in a draw, the Pole blundered and Giri claimed the victory. Esipenko scored a victory over Anton to bring himself closer to the title picture with 6.5/10. Vachier-Lagrave scored his first victory of the event over Donchenko. Caruana and Firouzja drew their respective games to be in the shared second spot at 6.5/10. Harikrishna was held to a draw by Tari, he is at 5.0/10. Photo: Jurriaan Hoefsmit/Tata Steel Chess Tournament 2021

Esipenko joins Caruana and Firouzja in the hunt

Anish Giri scored his second consecutive victory of the tournament as he claimed Wojtaszek in Round 10. Just when everybody thought the game will end up in a draw, Giri kept hatching his plan and eventually it paid off as the Poland no.2 blundered in the end. With this win, Giri took sole lead with 7.0/10 heading into the final rest day of the event. Esipenko beat Anton to get back in the title picture with 6.5/10. Caruana and Firouzja drew their respective games against Carlsen and Grandelius respectively to head into the last three rounds with 6.5/10 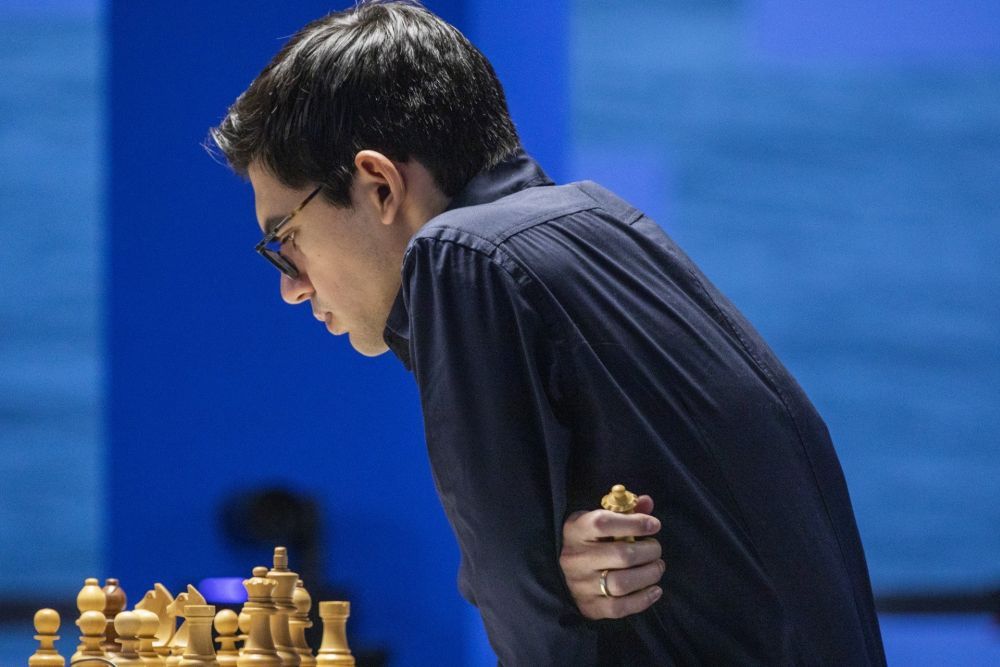 Giri opted for a London system like opening against Wojtaszek and got a solid position. The endgame seemed to have headed towards a draw. But of course Giri had something else in his mind. 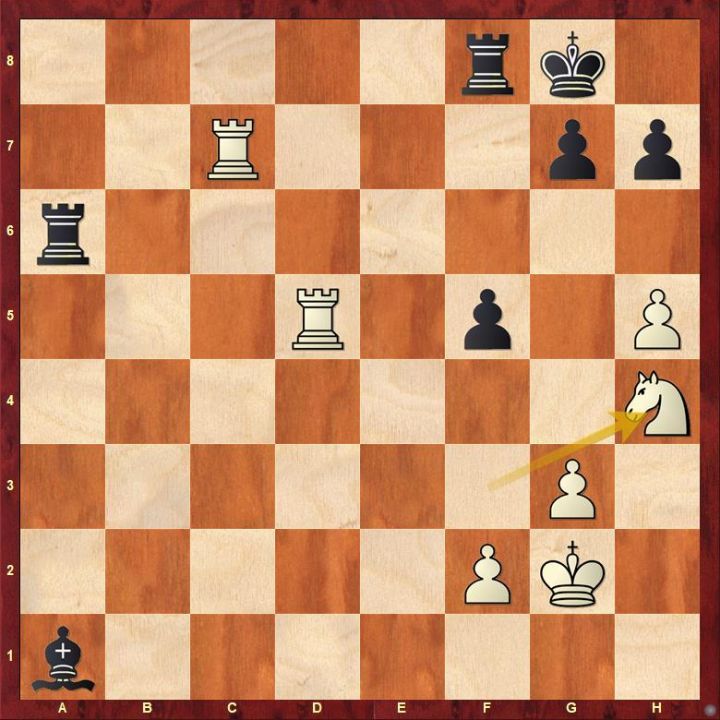 As Giri mentioned in the post-match interview that after 43.Nh4, black's position is slightly difficult to play as it is white who keeps pushing for an advantage and black has to defend accurately. 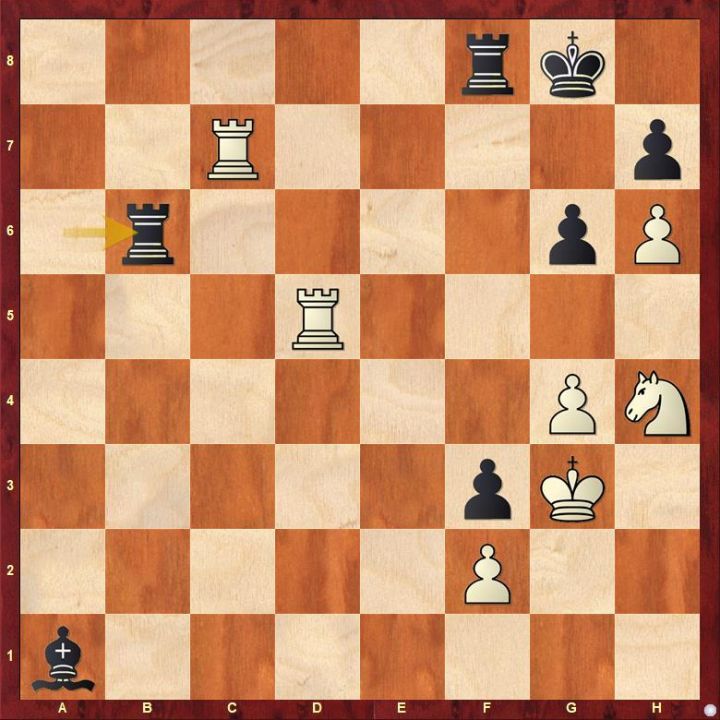 46...Rb6 allowed white to hatch some plans. Find out the correct idea for white here. 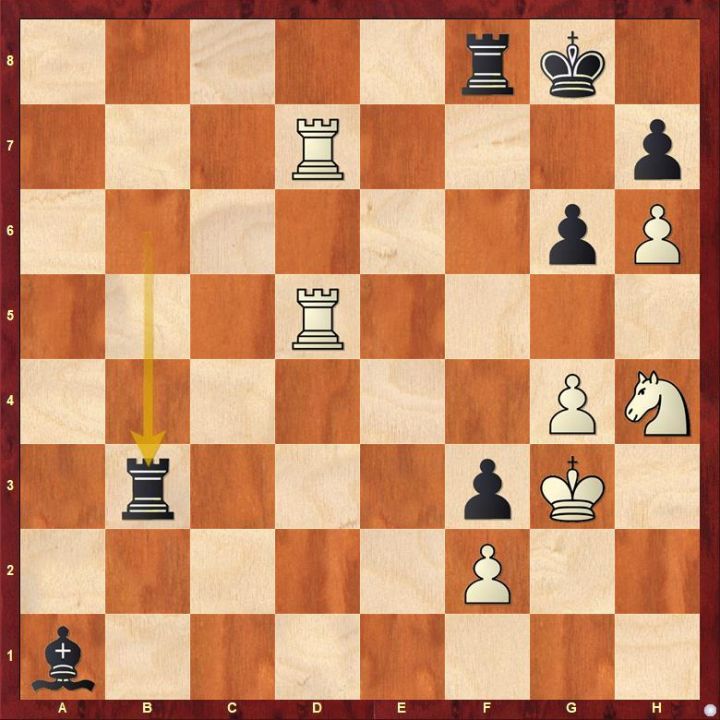 Black playing 47...Rb3 only helped white. The game continued with 48.g5 with a strong threat. Black completely overlooked white's threat and blundered with 48...Bb2 and lost the game. Find out the winning continuation for white. 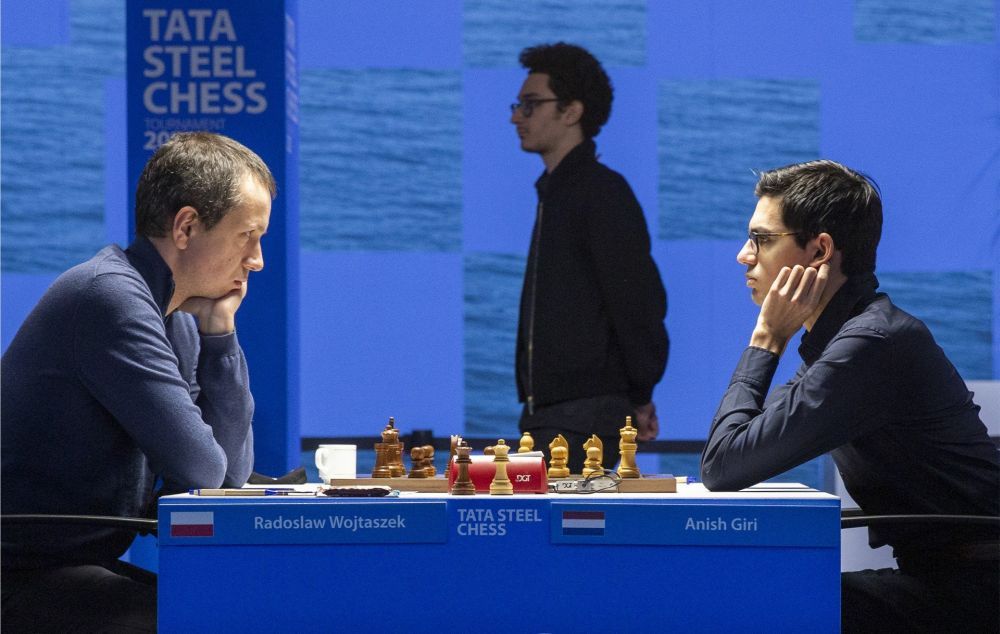 Carlsen allowed his opponent Caruana to do some tactics to gain a pawn early in the middlegame. 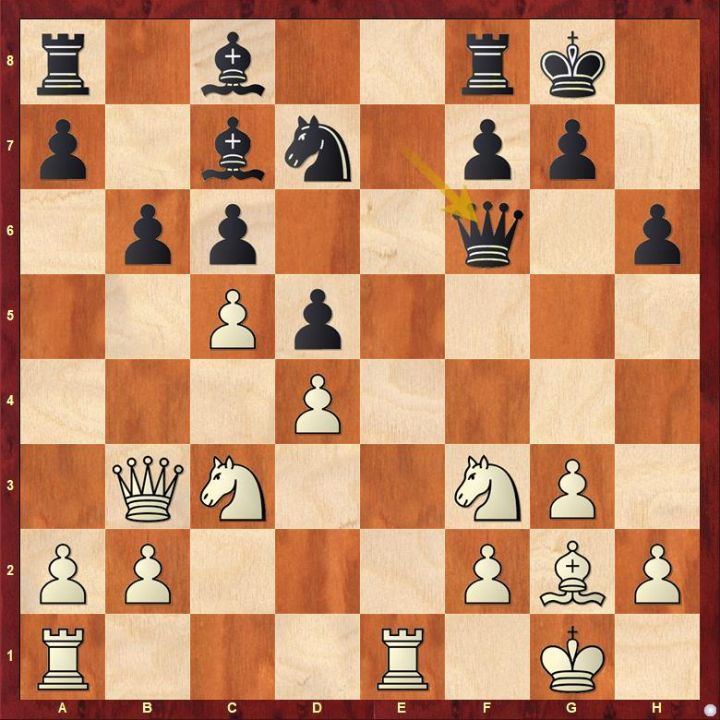 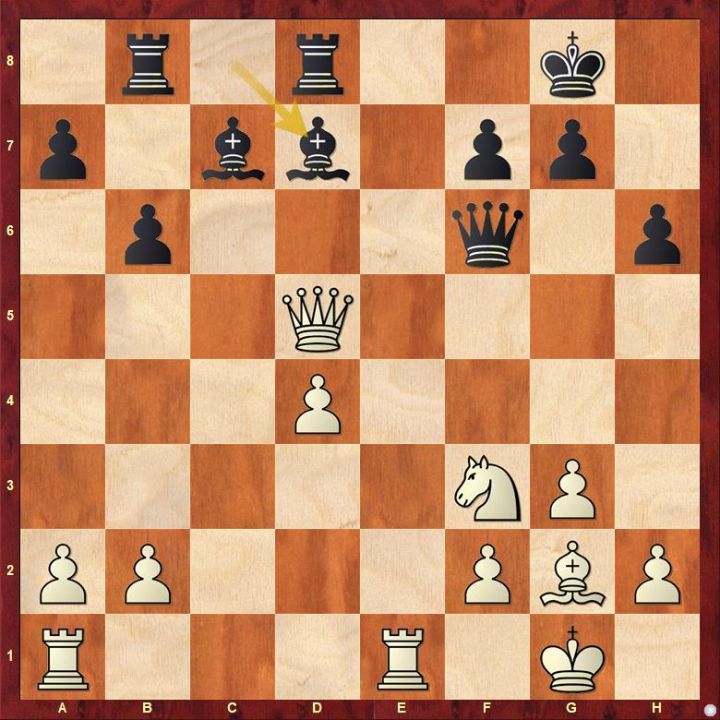 Carlsen in the post-match interview shared that if Caruana had anything after 19...Bxd7 then it wasn't 20.Ne5. He is right, computer suggests 20.Rac1 in this position but that isn't much either which also agrees with the world champion's thought of extra pawn is negated by the fact of black having the bishop pair and the chances of going into opposite color bishop in the endgame always looms large. 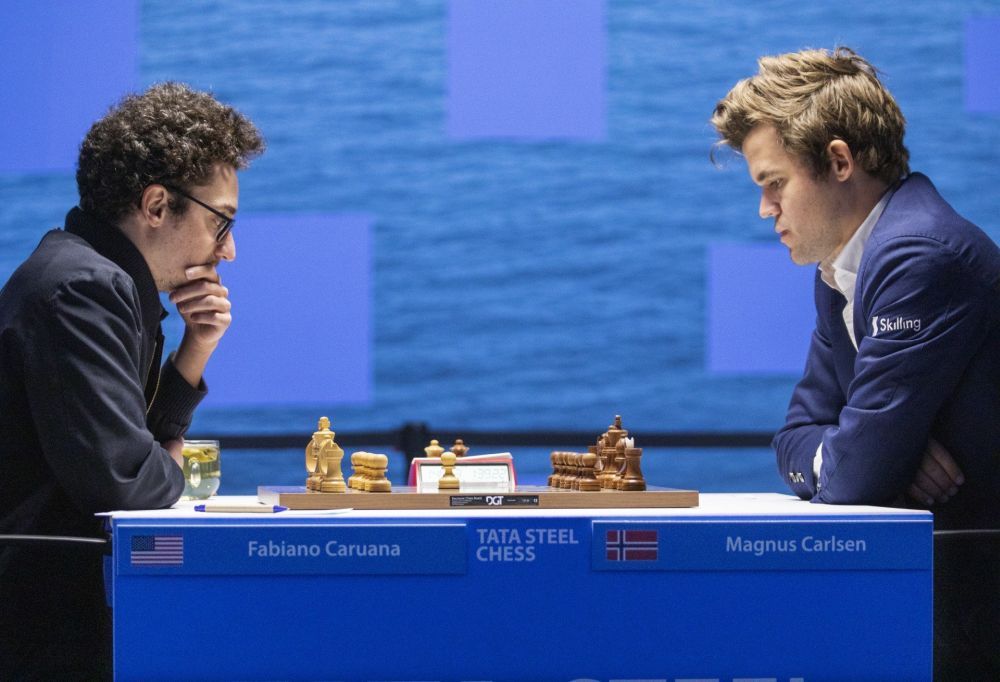 Grandelius made a solid draw with Firouzja. 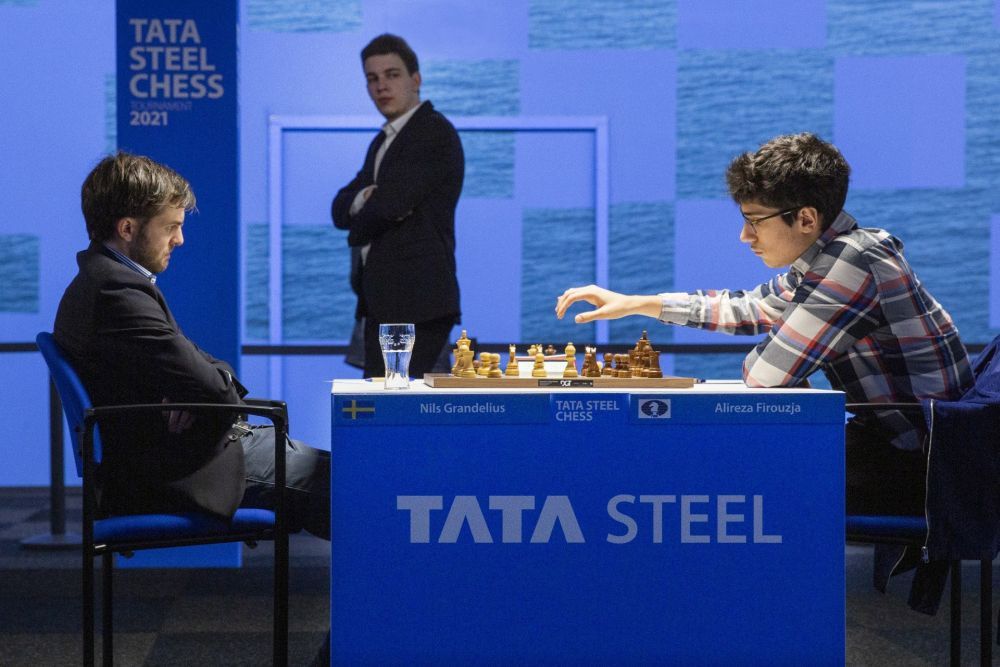 Both Esipenko and Anton made a solid start, however the Spanish no.2 made an incorrect response to Esipenko's break 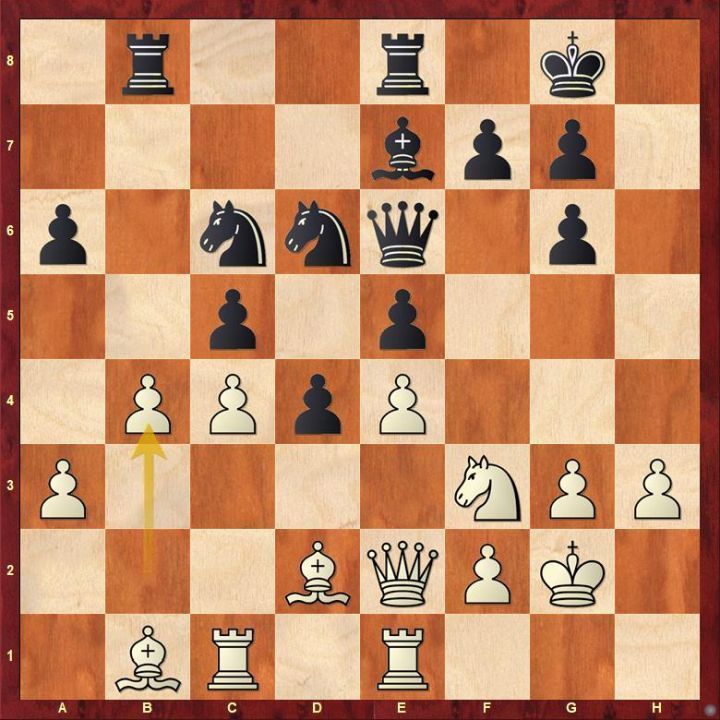 Black is not forced to take on b4. Something like 35...Nb7 or Rbc8 would have been fine. But 35...axb4 begins the downfall for black as after 36.c5 Nb5 37.axb4 white is in complete dominance and things slowly started spiraling out of control for black.

Esipenko talks about critical moment in the game, how he spends his rest days and more | Video: Tata Steel Chess Tournament 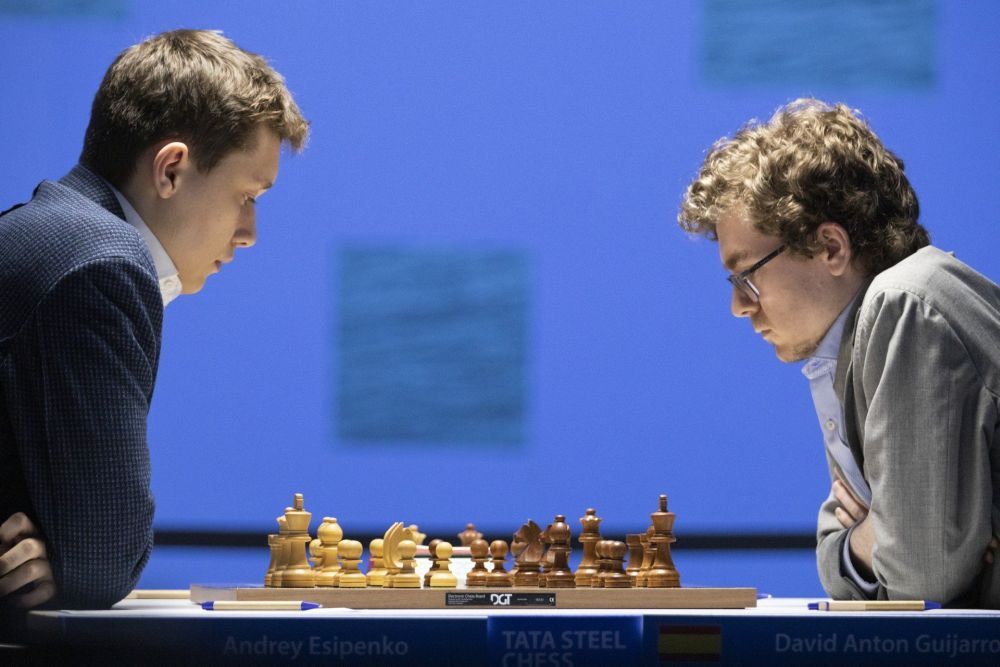 It is difficult to recall when was the last time Vachier-Lagrave struggled so much that his first win in the tournament came in the tenth round. Vachier-Lagrave was in deep trouble early in the opening but Donchenko could not capitalize on his opportunity. 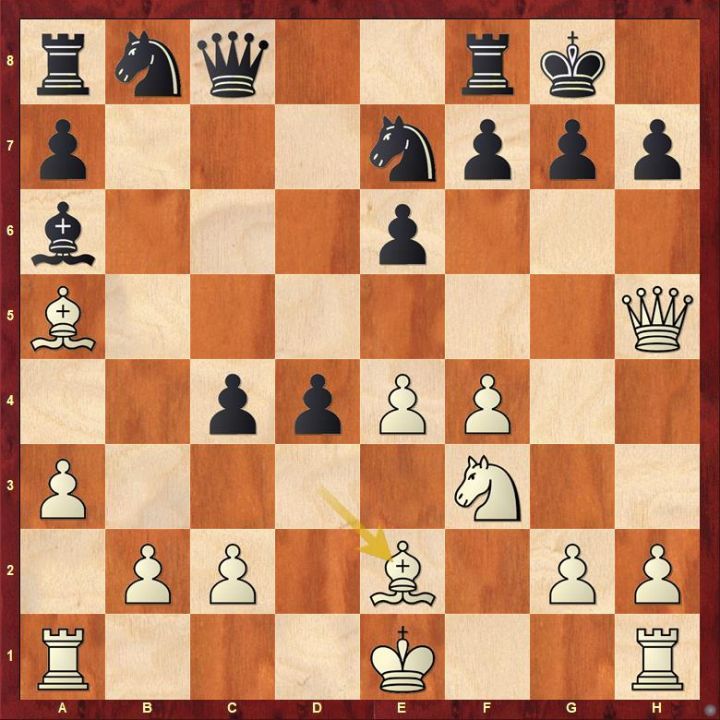 It is evident black has a huge advantage here. Find out how he can capitalize after 15.Be2 ? Donchenko missed all his opportunities and the game eventually liquidated into a seemingly equal Queen endgame. 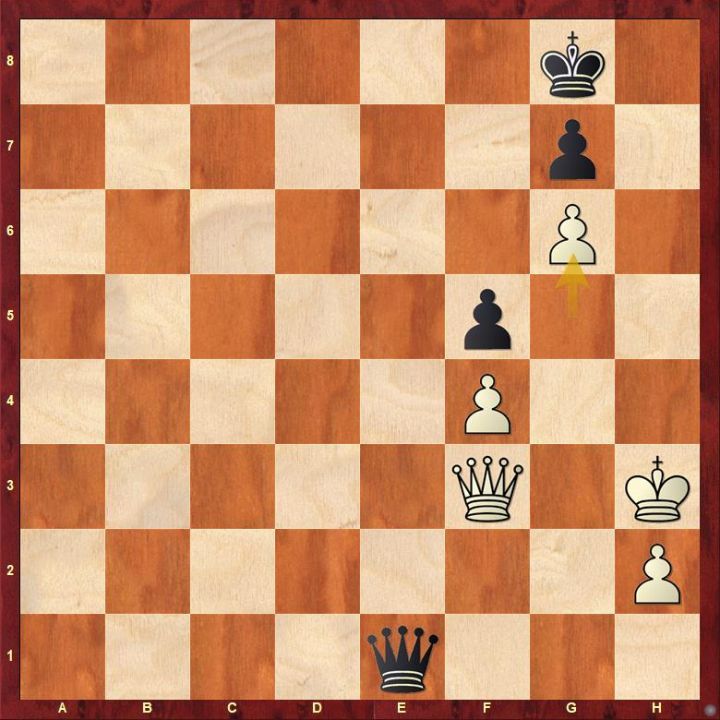 White has some deadly threats on the back rank. How should black continue after 57.g6 ? Donchenko blundered here and lost the game in another eight moves.

Vachier-Lagrave on having a difficult tournament and more | Video: Tata Steel Chess Tournament 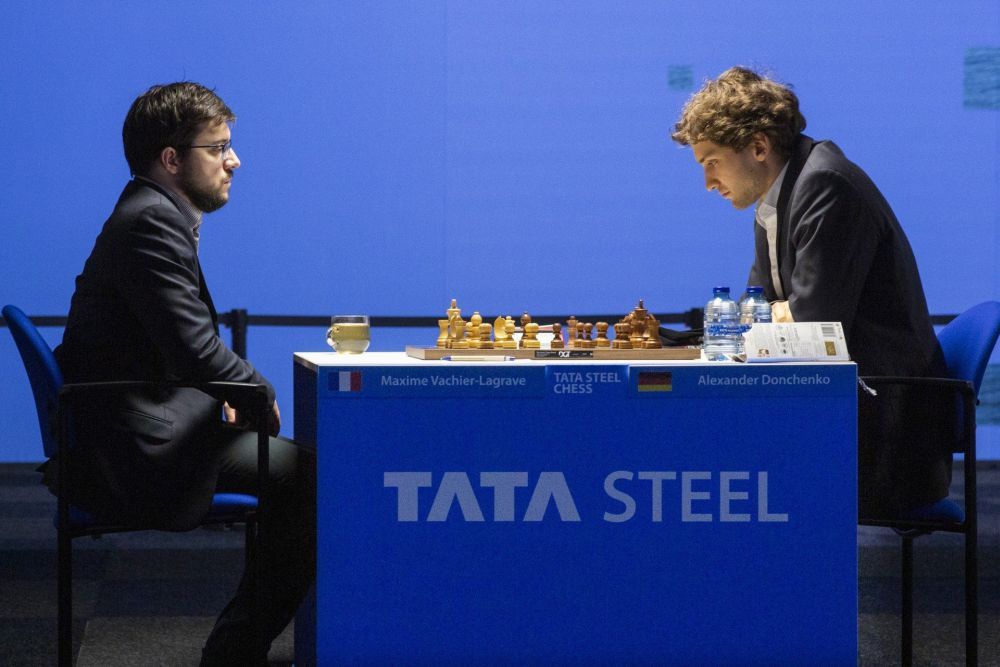 Harikrishna was held to a hard-fought draw by Tari. 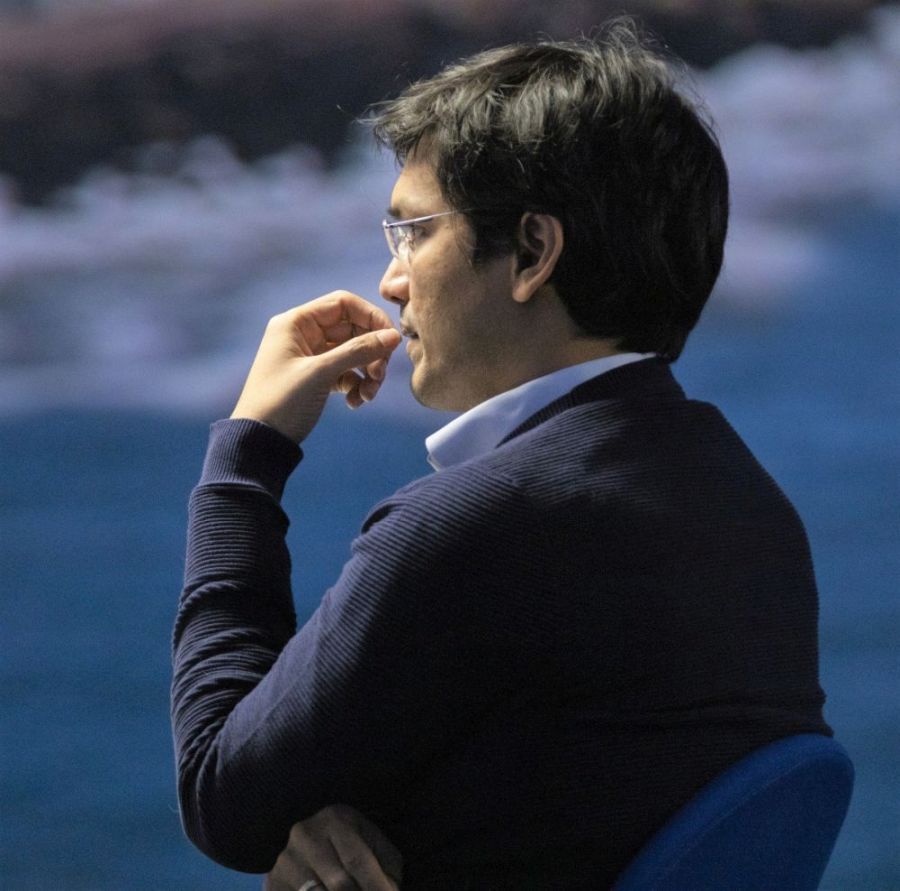 Replay all games from Round 10 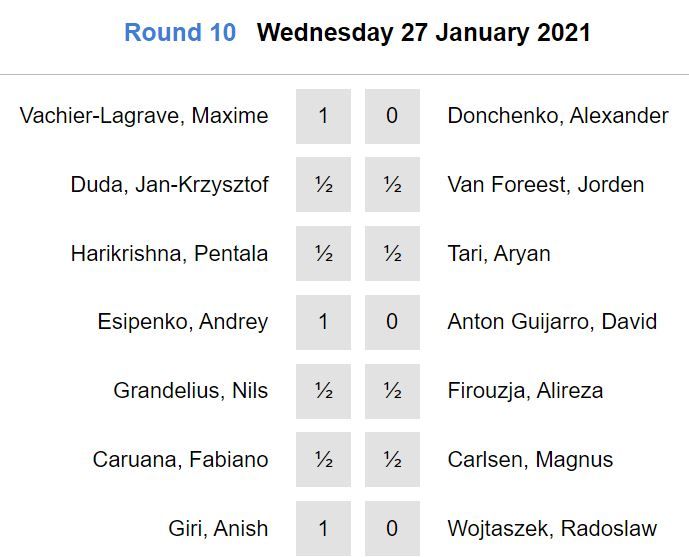