Anish Giri is poised to win the 83rd Tata Steel Chess Masters 2021. However he fumbled a completely winning endgame against Firouzja and allowed the youngster to walk away with a draw. Giri's pursuers Jorden and Caruana both made a draw each respectively. Carlsen was also held to a draw by Wojtaszek. Thus for the first time since 2018, Giri is guaranteed to finish ahead of Carlsen in Tata Steel Masters, irrespective of the final round result. Now that Carlsen cannot catch up to him, perhaps Giri would like to win the final game against Anton and avoid tie-breaks and repeat a 2018 scenario. Photo: Jurriaan Hoefsmit/Tata Steel Chess Tournament 2021

Anish Giri was completely winning against Firouzja for the better part of the endgame, but much to his chagrin, he messed up and Firouzja's fighting spirit allowed him to salvage a draw. Giri is still in the sole lead with 8.0/12. Dutch no.2 Jorden Van Foreest made a solid draw with Esipenko and Caruana was held to a draw by Anton. Thus Giri's pursuers Jorden, Firouzja and Caruana all three are at 7.5/12. Carlsen was held to a draw by Wojtaszek. Thus for the second consecutive year Carlsen is completely out of the championship scenario. Harikrishna scored the sole victory of the round against Donchenko. 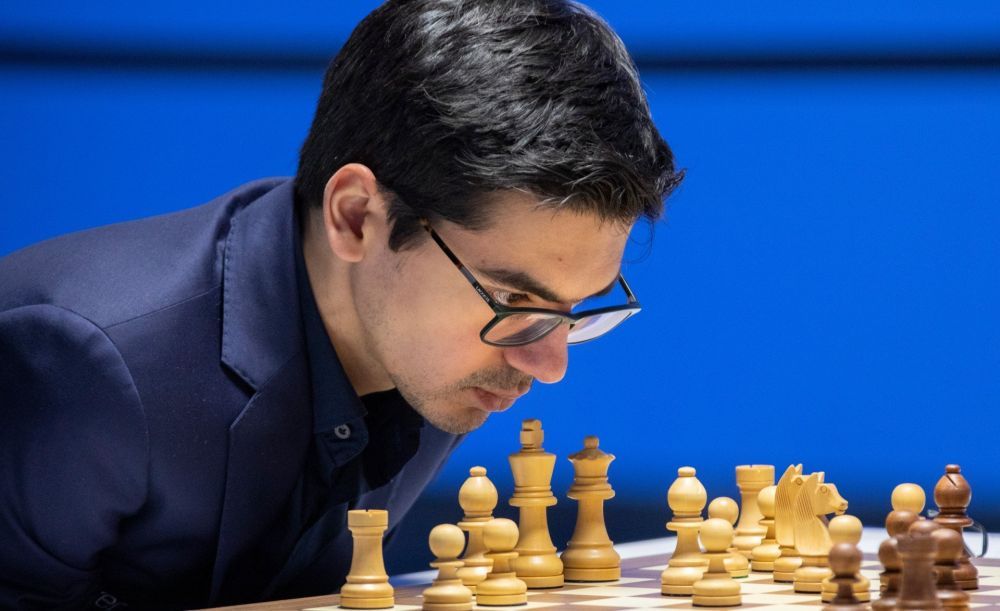 Giri got a completely winning position in the endgame. 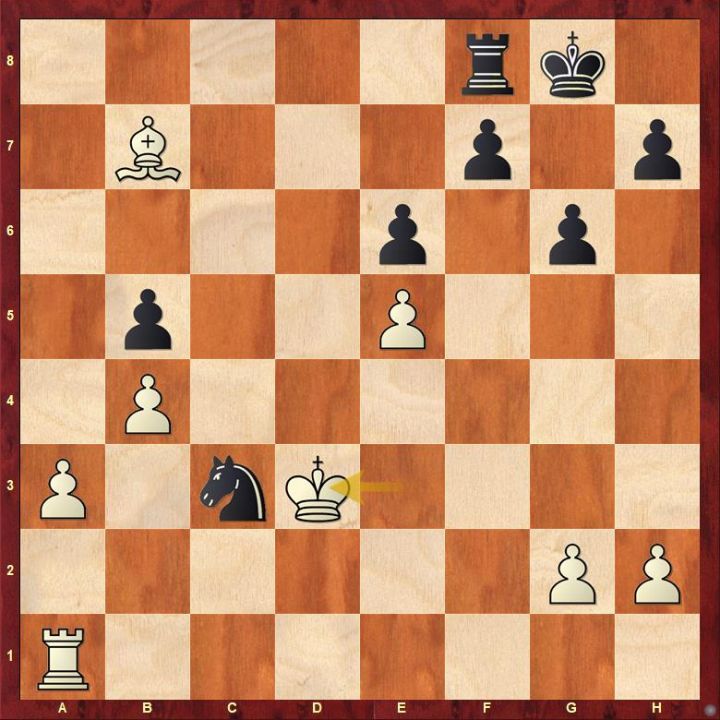 Firouzja made a big mistake of exchanging the rooks which allowed Giri to gain a decisive advantage. However Giri could not find the correct plan initially. 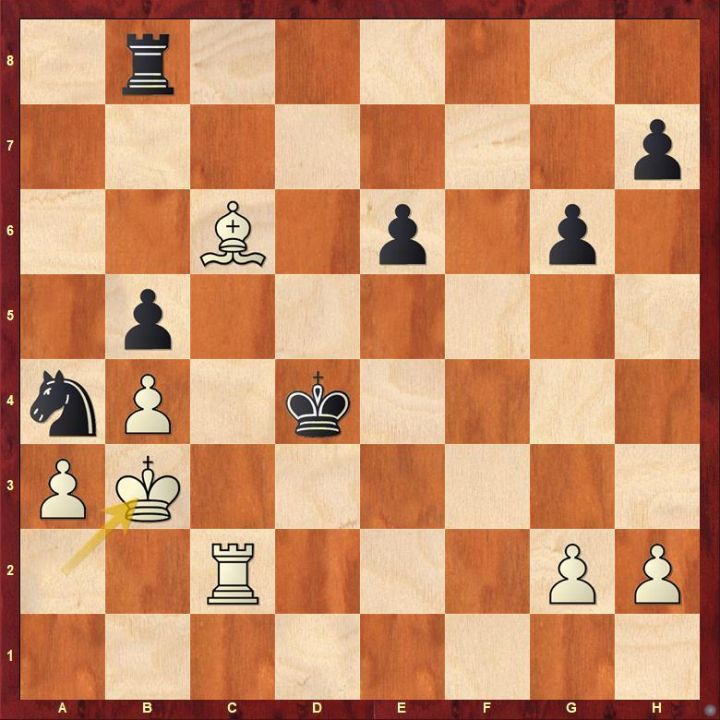 Eventually white did manage to bring his king to b3 but he lost some valuable tempo. 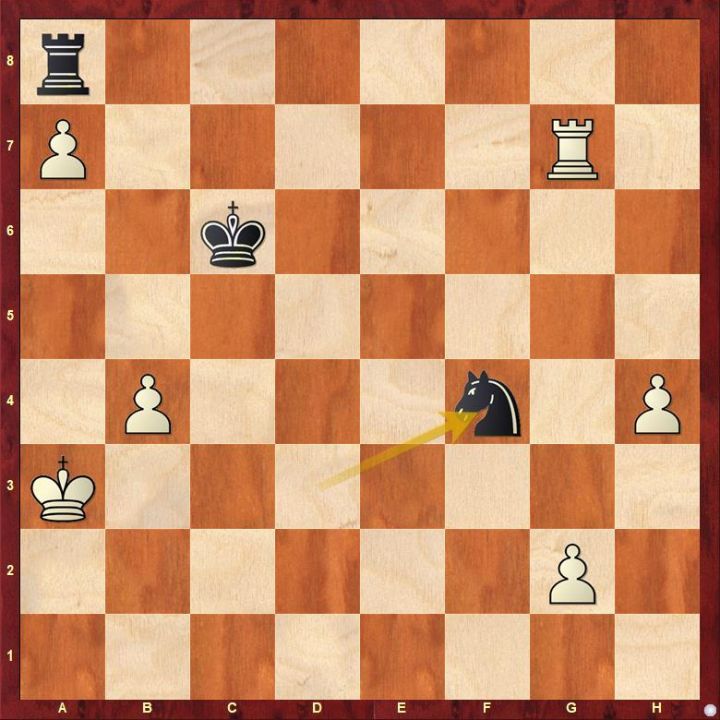 Eventually white ended up having four pawns against black's knight and a rook each. Find out the best continuation for white after 60...Nf4 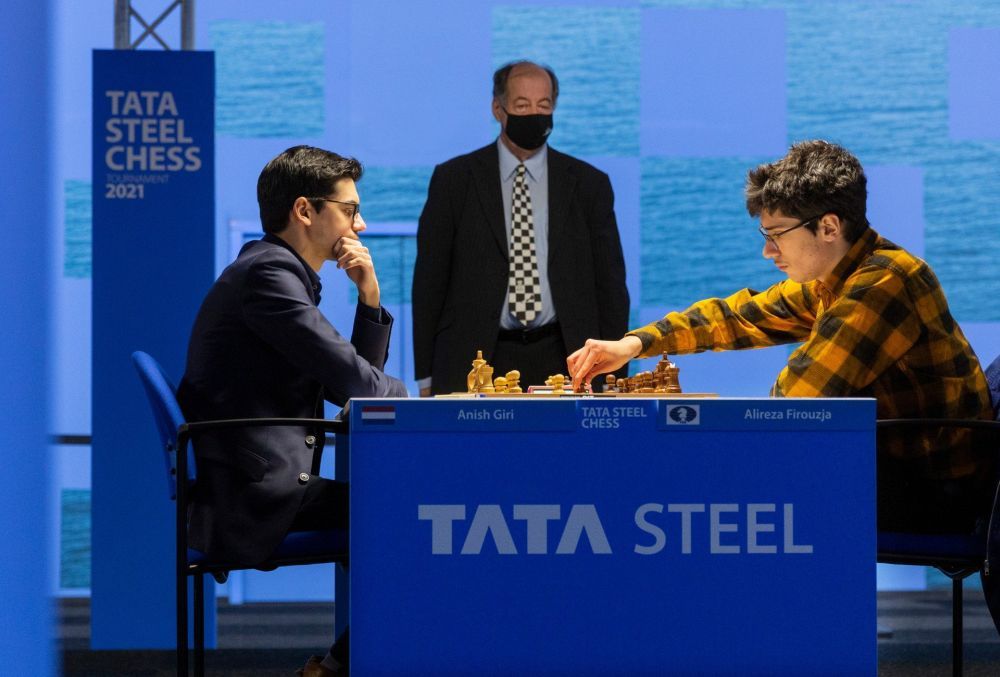 Esipenko had a solid draw with Jorden Van Foreest. There were moments where it seemed Jorden is going to make a breakthrough but Esipenko defended them all and eventually made a perpetual check to save himself from Jorden's checkmate threat. 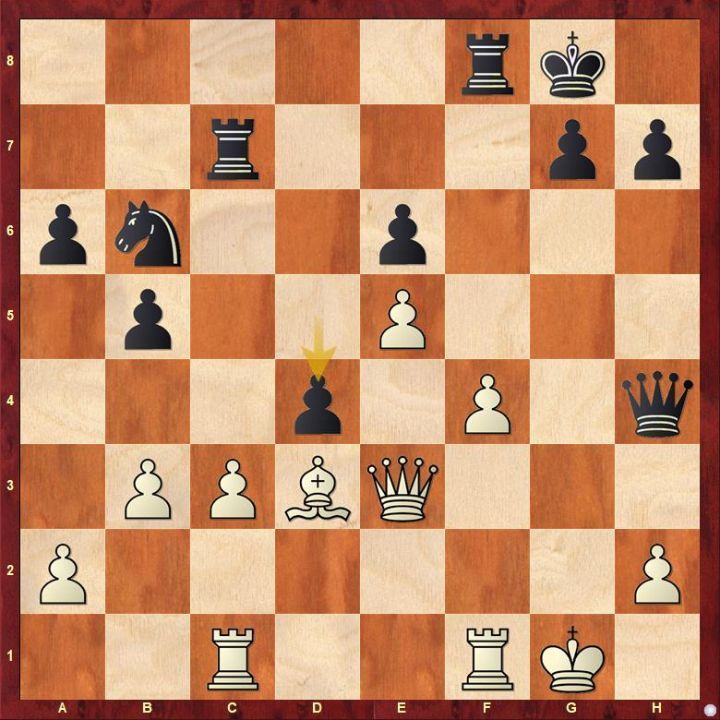 Jorden was quite surprised that Esipenko allowed him to play 27...d4 considering white's weaker king position and black having a stronger knight compare to white's bishop. 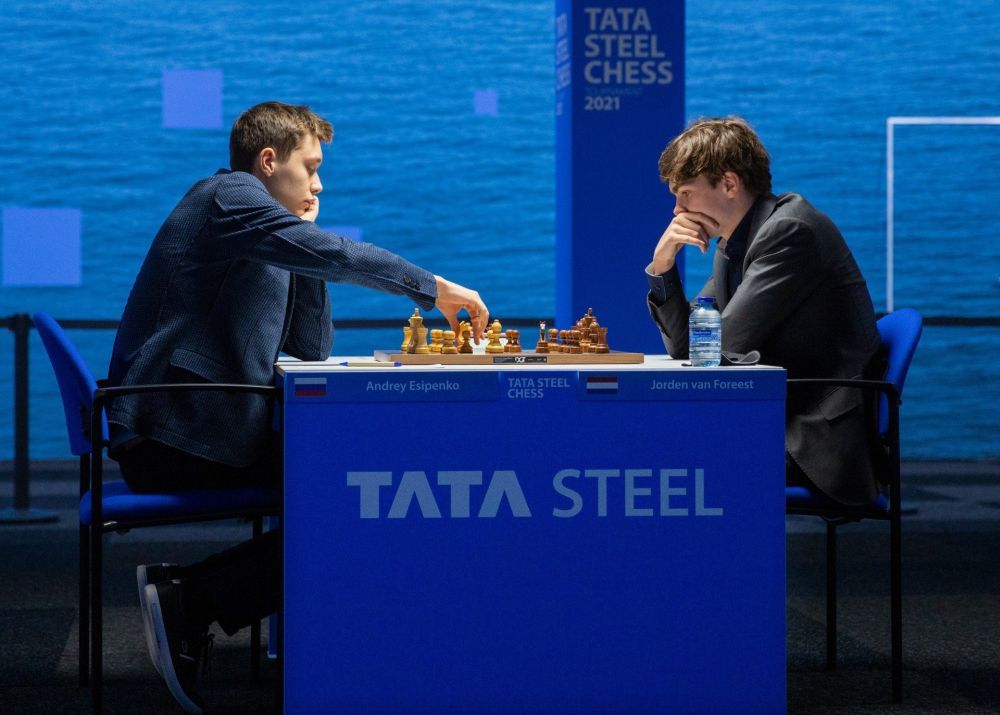 Caruana was held to a hard fought draw by David Anton Guijarro. 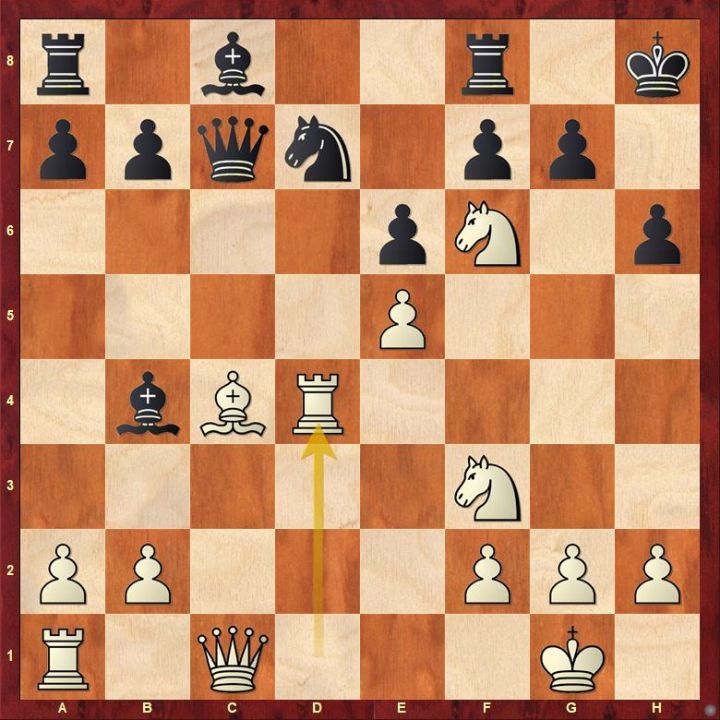 Black needs to play correctly to defend the position otherwise white has some dangerous intentions on the kingside. Find out the correct defence for black after 15.Rxd4. Anton survived the early onslaught as he knew it well beforehand. 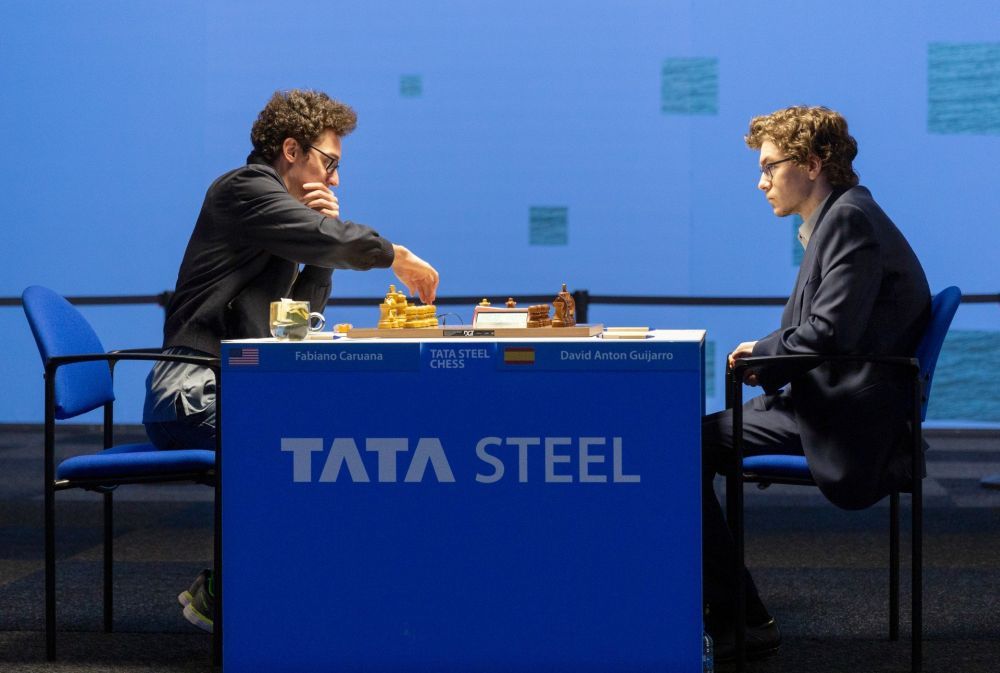 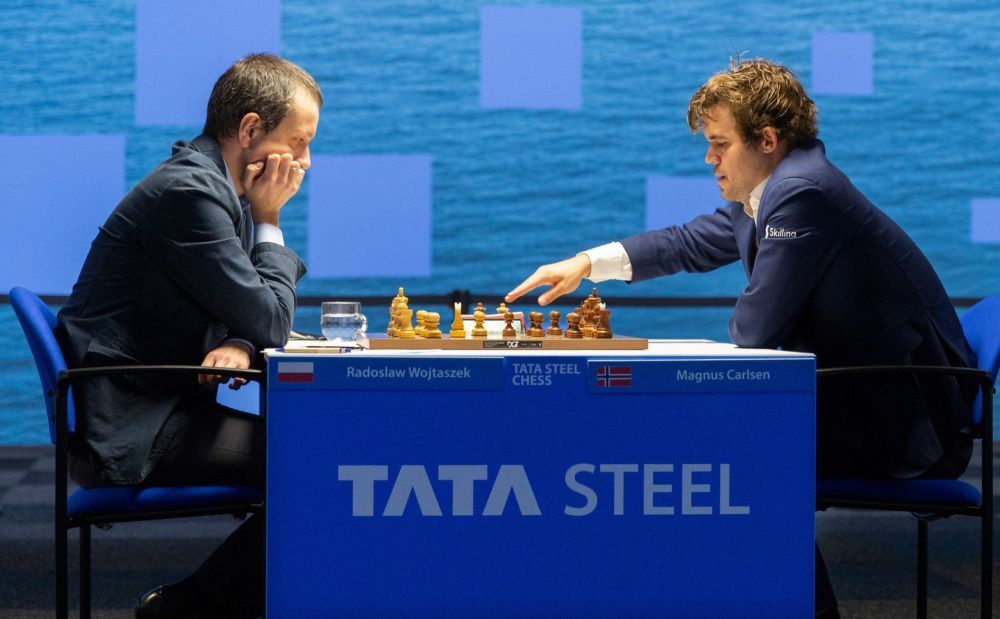 With this daw, Carlsen is now completely out of the championship picture | Photo: Jurriaan Hoefsmit/Tata Steel Chess Tournament 2021

Harikrishna scored a brilliant victory over Donchenko, after the German made an inaccuracy in a completely equal Queen and Rook endgame. 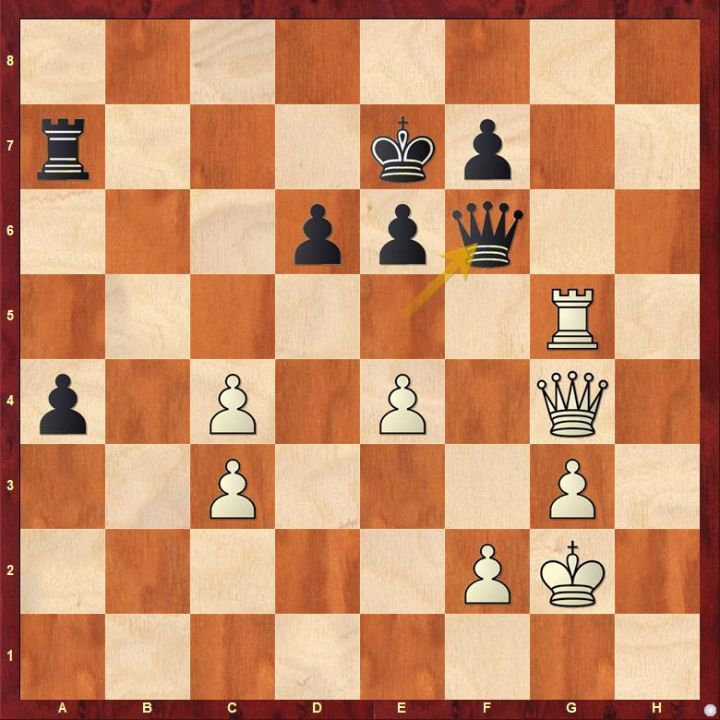 42...Qf6 may not seem much but it's actually a huge mistake. Find out why and also think about what black should have done instead. Harikrishna made a checkmate threat in another eight move, against which Donchenko had no good defence. 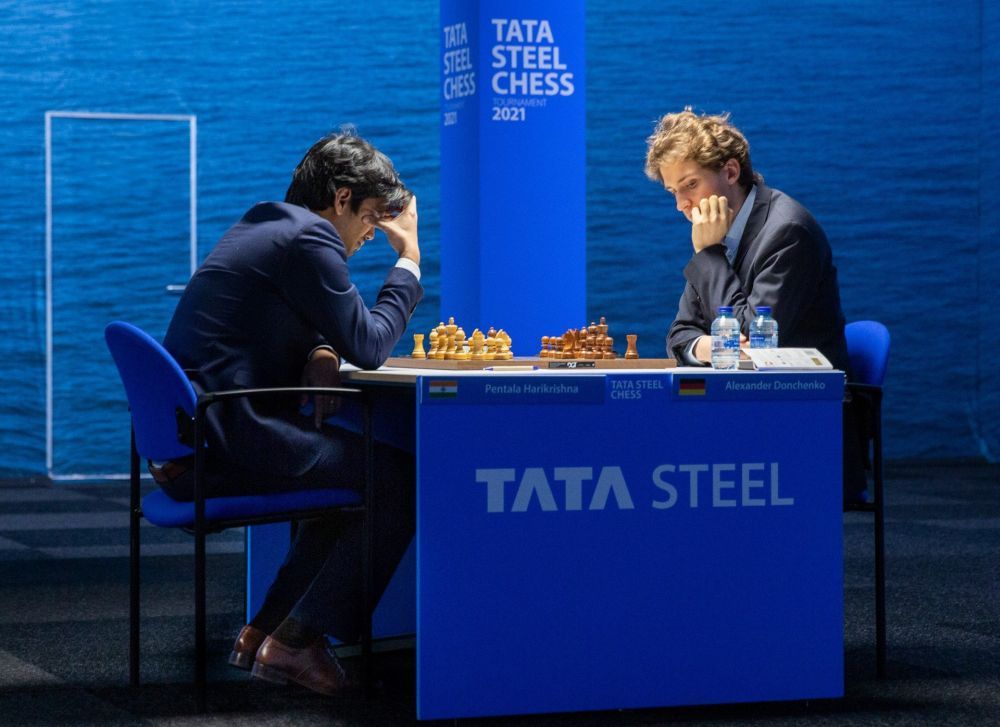 Replay all games from Round 12 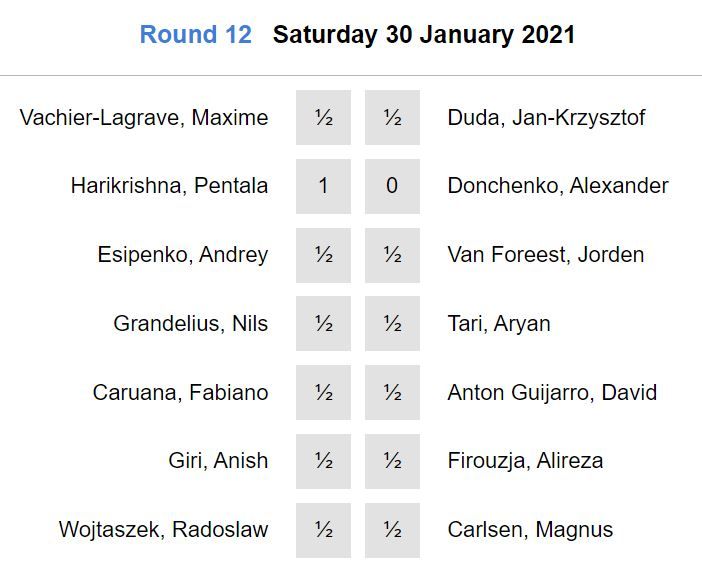 Harikrishna scored the sole victory of the round | Photo: Official site