Beating Magnus Carlsen in any format is a difficult task, more so in Classical chess. But on 24th of January, at the 8th round of Tata Steel Masters 2021 Andrey Esipenko became the 1st teenager ever to beat the World Champion Magnus Carlsen in Classical Chess. 16-year-old Anish Giri had beaten Magnus back in 2011, but at that point Carlsen wasn't a World Champion. We bring you the entire game with detailed analysis by IM Sagar Shah, along with details to know more about this future champion - Andrey Esipenko.

2014 - 6 losses - Losing to Caruana and Radjabov at the Gashimov Memorial, Naiditsch and Saric at the Tromso Olympiad, Caruana at Sinquefield Cup, 1 game against Anand at the World Championship 2014

2015 - 10 losses - Wojtaszek at Tata Steel Chess, Naiditsch at Grenke Chess, Caruana, Anand, Hammer and losing on time in a winning position against Topalov at Norway Chess, Topalov and Grischuk at Sinquefield Cup, Aronian and Pelletier at European Team Championships

That's a total of 28 losses in seven years! An average of 4 losses a year. Just goes to show what a world class player he is. Also the year 2019 saw Carlsen's famous unbeaten streak which lasted for a massive 125 games before losing to Duda at the Norway Chess Classic 2020. After becoming the World Champion Carlsen had never lost a game to a teenager. But finally it has happened! On 24th of January 2021, in the 8th round of the Tata Steel Masters 2021, Magnus Carlsen lost his game against the 18-year-old Andrey Esipenko.

Look at him! This was at the Tal Memorial in 2013 where Esipenko was just 11 years old! | Photo: Unknown Source

When Wesley So beat Magnus Carlsen for the first time in a Classical game at Norway Chess in 2018, this is what he wrote in his annotations for ChessBase Magazine, "It is like being a very young and talented soccer player and having pictures of Pele all over your room and knowing by heart every game he ever played. You think about him, dream about him, grow up wanting to be as good as him and when playing by yourself even pretend you are him. And then one day Pele suddenly appears on the field. You can’t move. You can't breathe. Everything is a blur. Which goal posts are yours? You feel like you might faint. Or die. You are overwhelmed because he is older, bigger and has years of experience on you. You see that you are a kid with over size dreams. Playing Carlsen in Norway is probably like playing Pele in Brazil."

I believe Esipenko also must have felt something similar when taking on Magnus Carlsen. There is no doubt that the youngster is extremely talented. In fact he was the European as well as the World under-16 champion. He has shown time and again that with his positional understanding and tactical acumen he can fight against the best in the world. 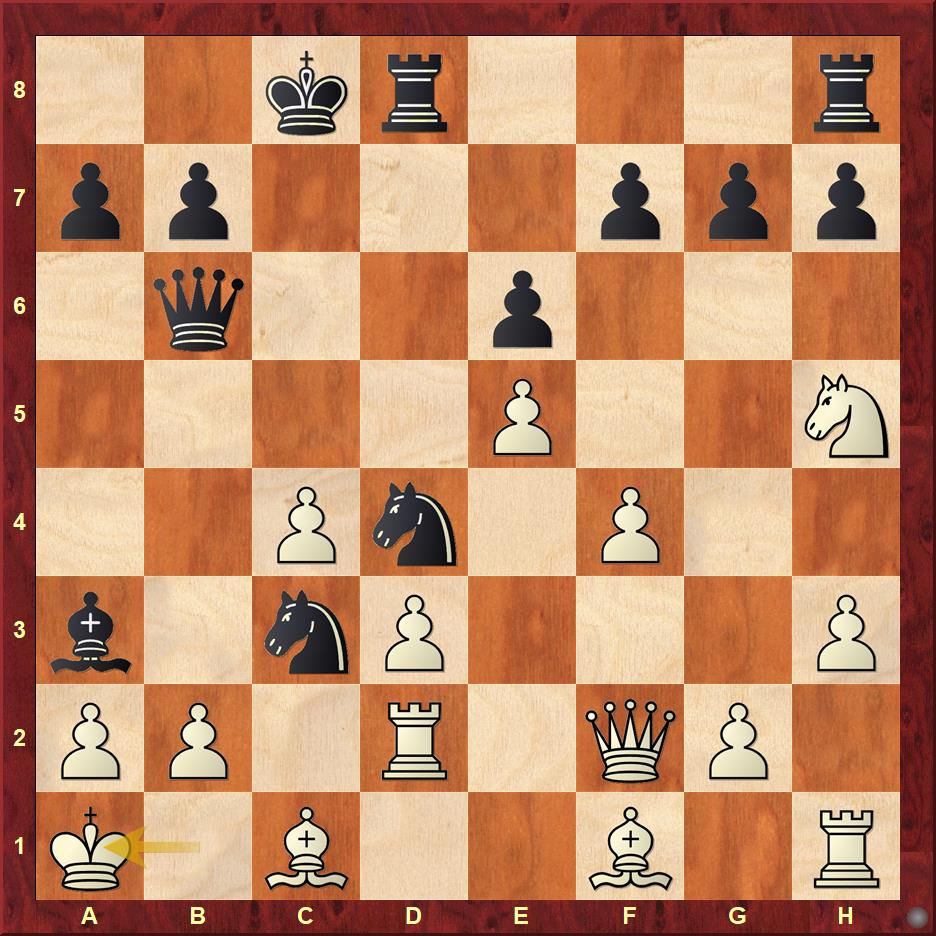 Find the move that Esipenko (Black) played in this position.

The young Russian, who was only 15 years old when the game happened, stunned the world with his move ...Qb3!! You can work out the variations in your head. Within a few moves Karjakin gave up.

It is one thing to beat the best players in the world in rapid and blitz and a completely different ball game when it comes to Classical Chess. Here is where every aspect of the game has to be given enough importance - opening preparation, planning, strategizing, middlegame play, stamina, time management and so much more. And to beat a player like Magnus, you have to do more right things than him in all the departments combined! Not easy! 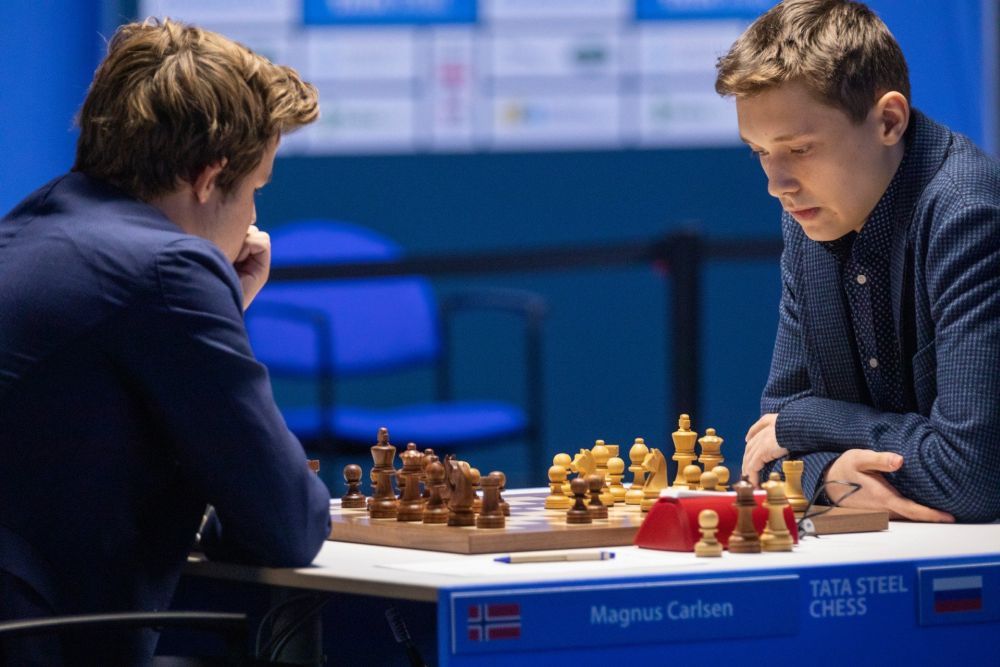 Esipenko was completely focused on the task at hand | Photo: Jurriaan Hoefsmit 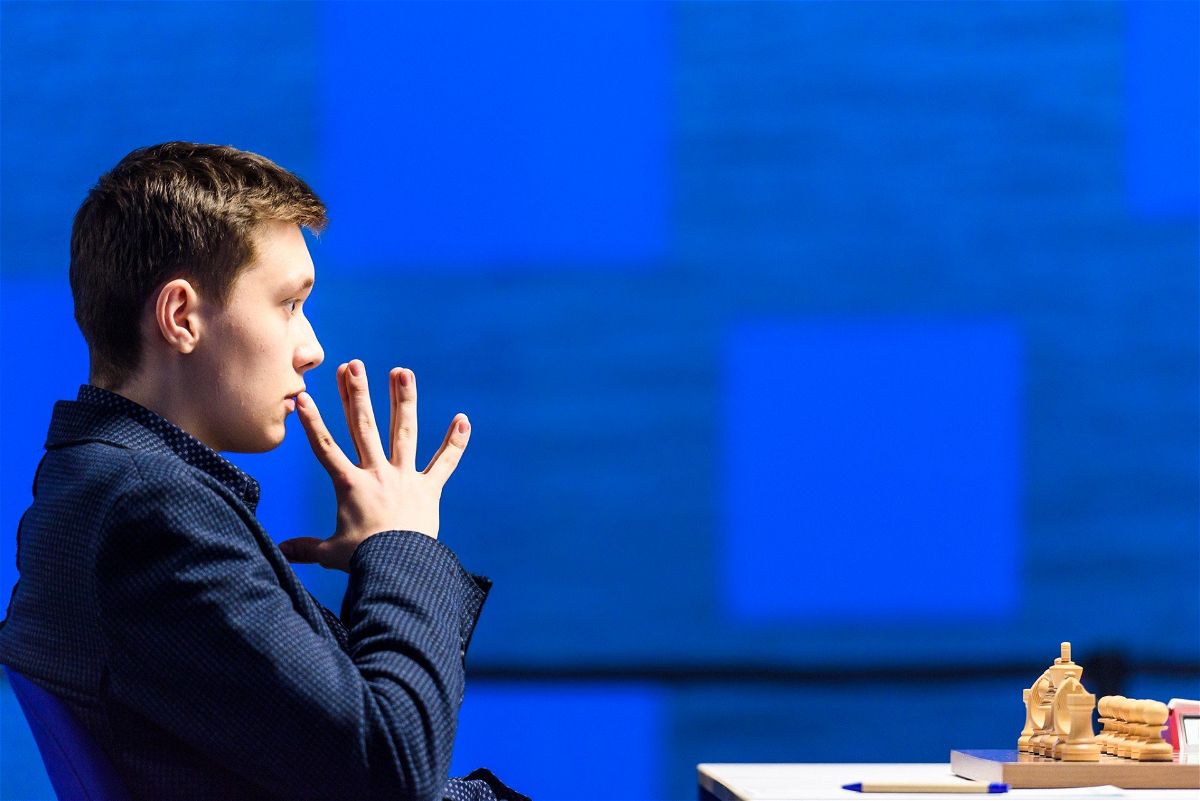 Naturally when you face the World Champion, you are tensed | Photo: Alina l'Ami 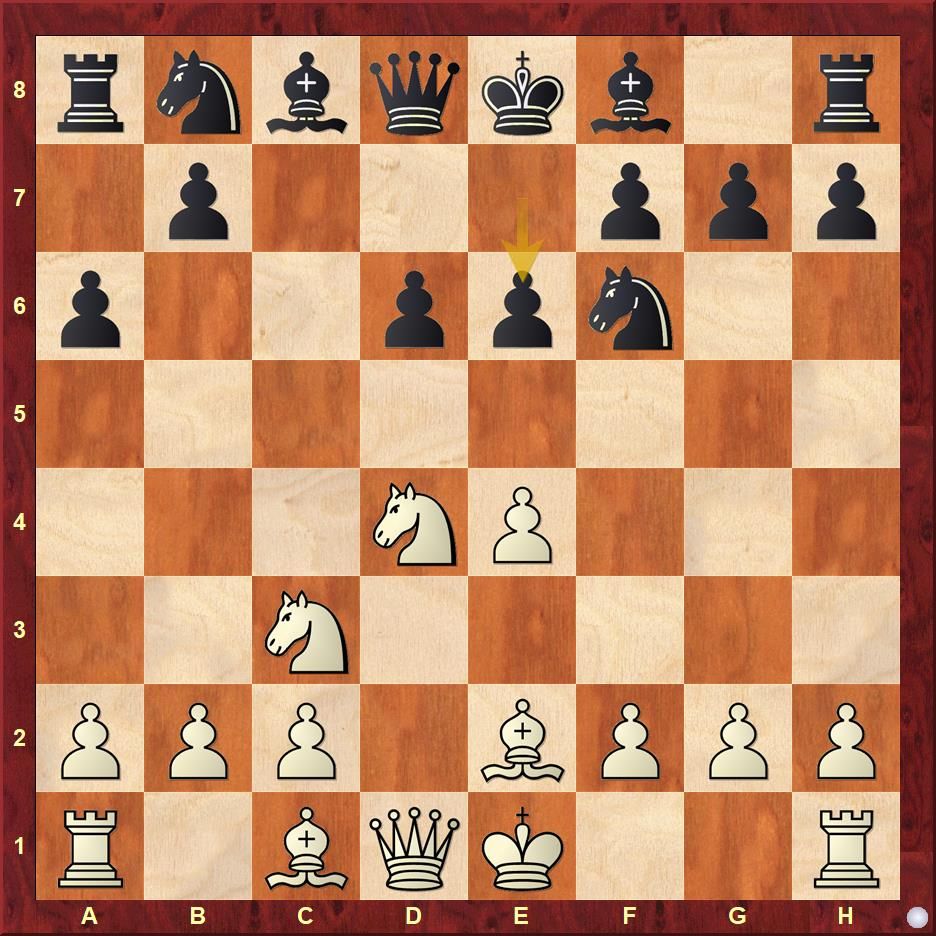 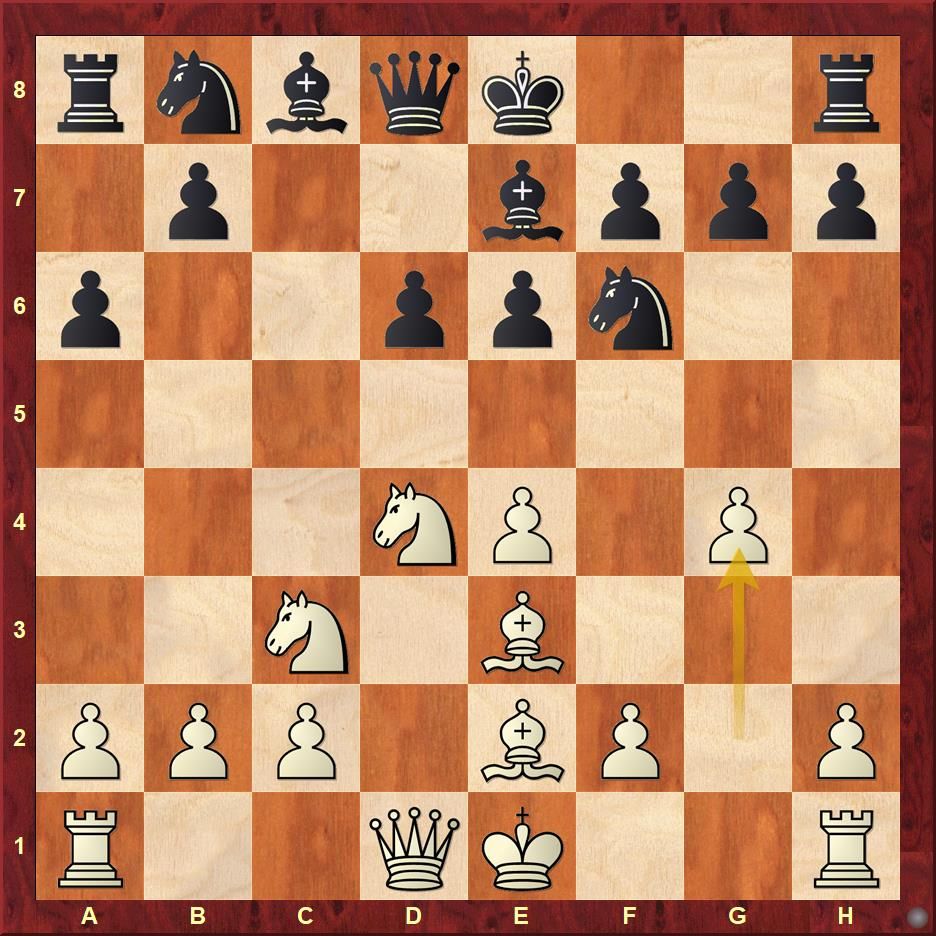 Esipenko went for the most aggressive line with g4. It was a great idea to take the attack to Magnus Carlsen, as strong players usually feel the most uncomfortable when the opponent doesn't respect them on the board 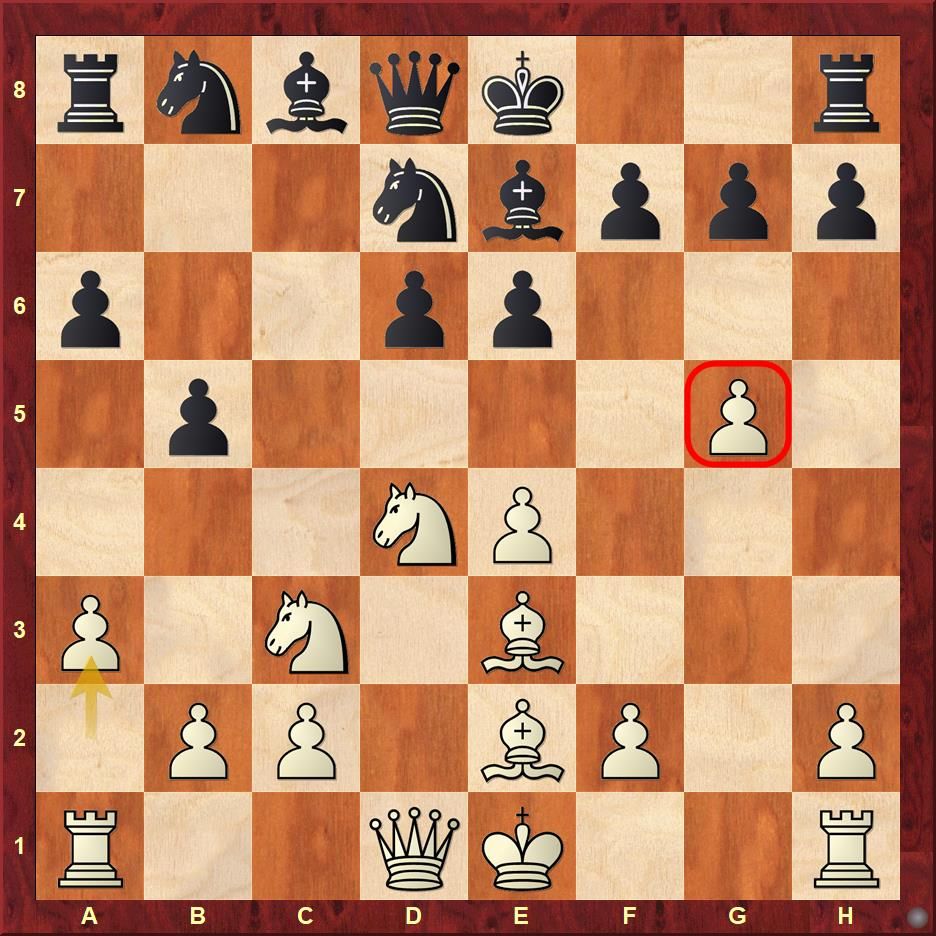 a3!? might look passive, but it is an ambitious move. The idea is to prevent Black from playing b4 to dislodge the knight from c3. Meanwhile the pawn on g5 is hanging and Magnus gobbled it up.

When you face Magnus Carlsen, it is very difficult to get something from his body language. He always looks so confident! | Photo: Alina l'Ami 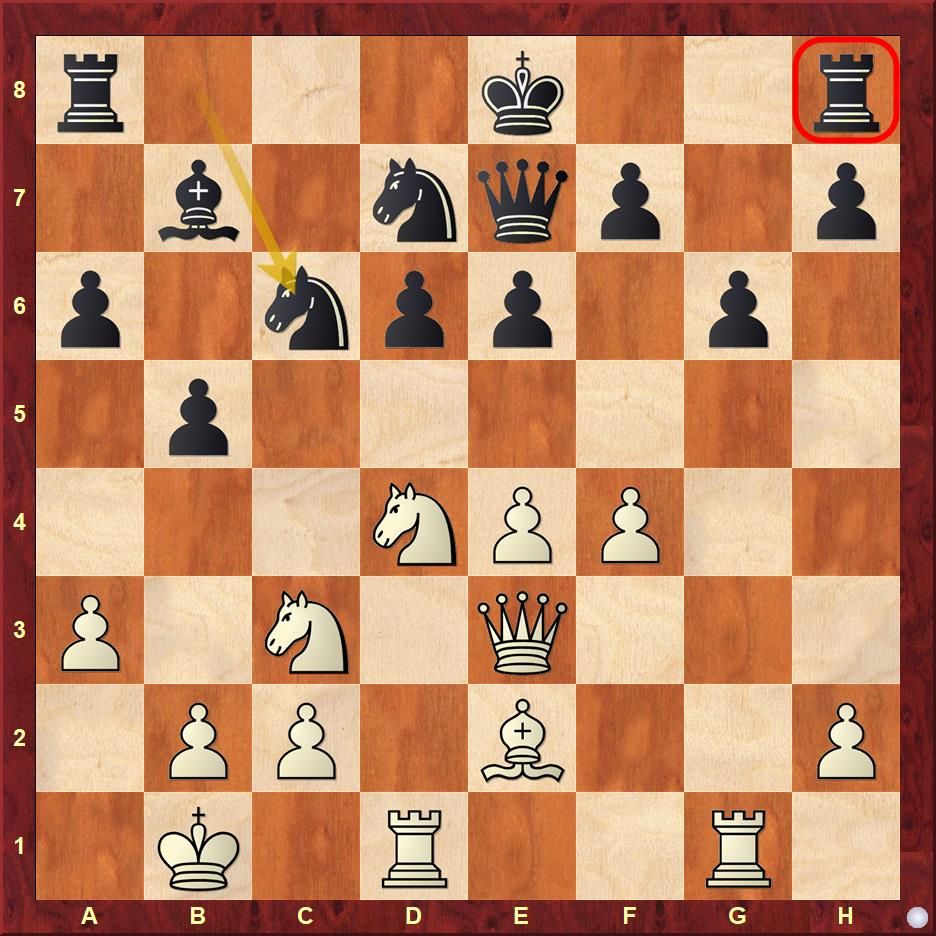 The critical moment of the game came as early as move 16. Black has played his knight to c6, can you find why this is an error? 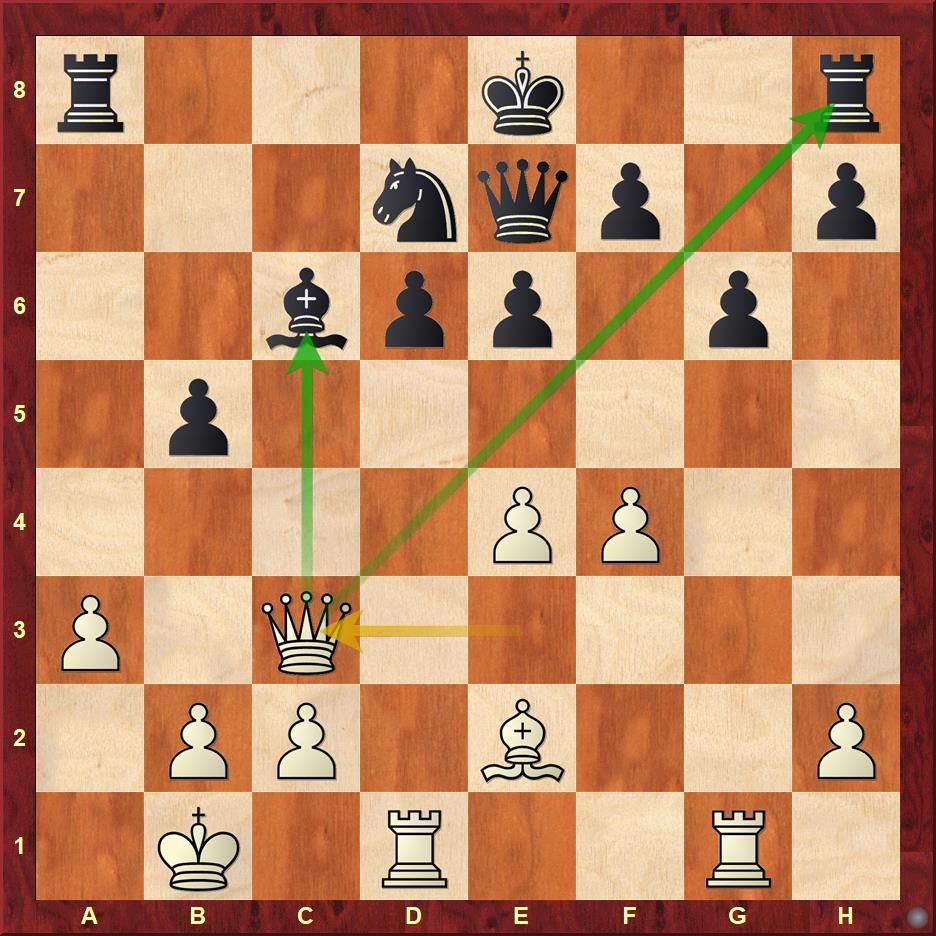 The queen moved to c3 attacking the c6 bishop and the h8 rook. The famous saying of LPDO (Loose pieces Drop off) could not have been more true! 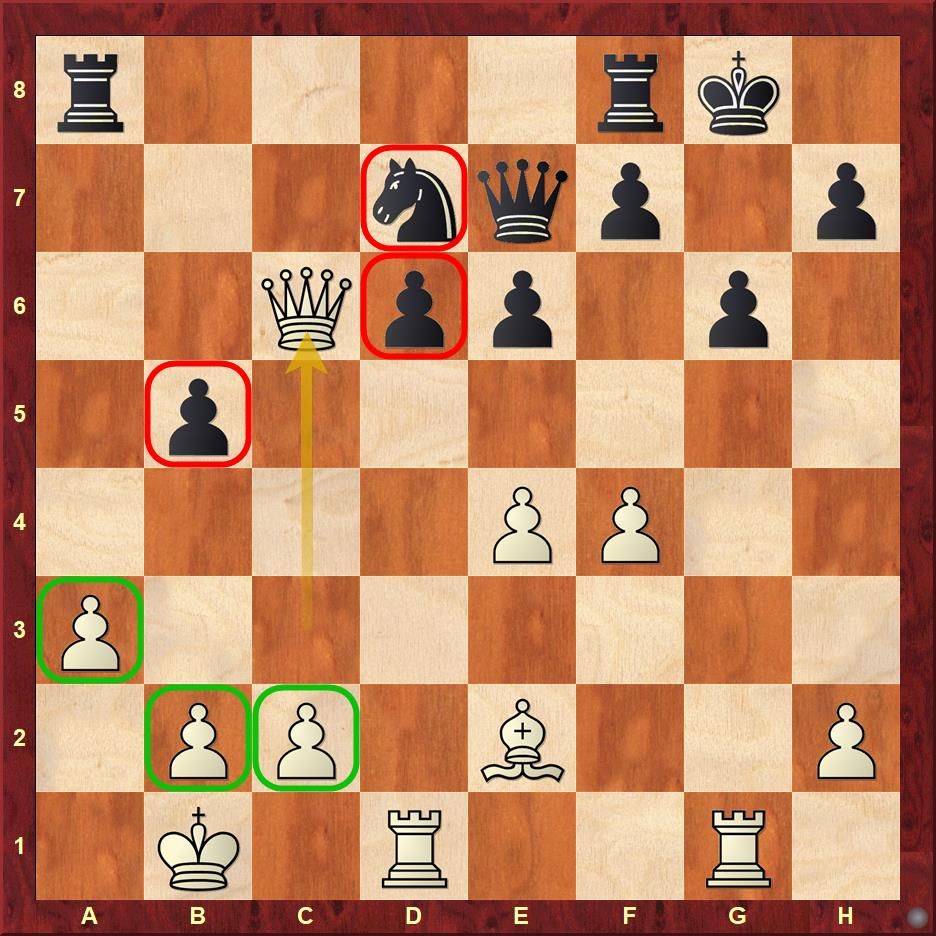 If you look at the position after Qxc6, White is not even a pawn up. Yet he has a decisive advantage. What might be the reason for the same? The reason is that the d6 pawn is falling and if the queens get exchanged, even the b5 pawn may just fall off. Taking all of this into consideration, the position is very difficult for Black. 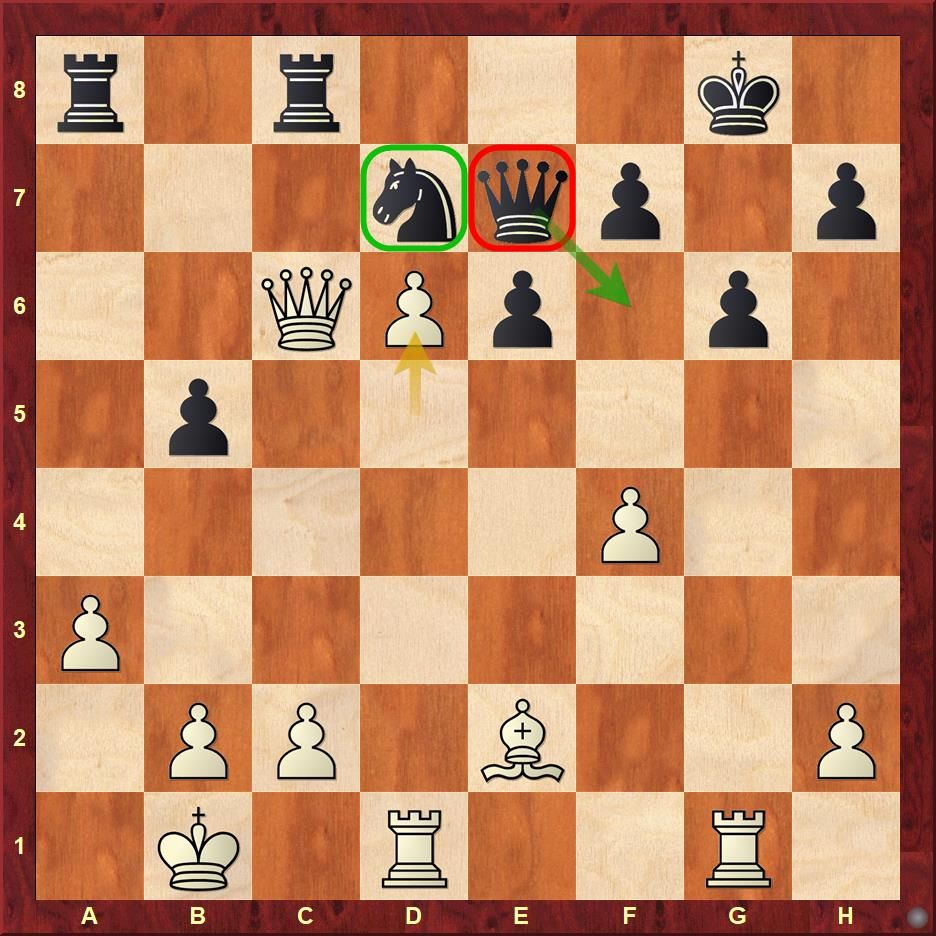 d6! Esipenko was not at all afraid to calculate the sharp lines. Here White gets a dangerous passer on the d-file 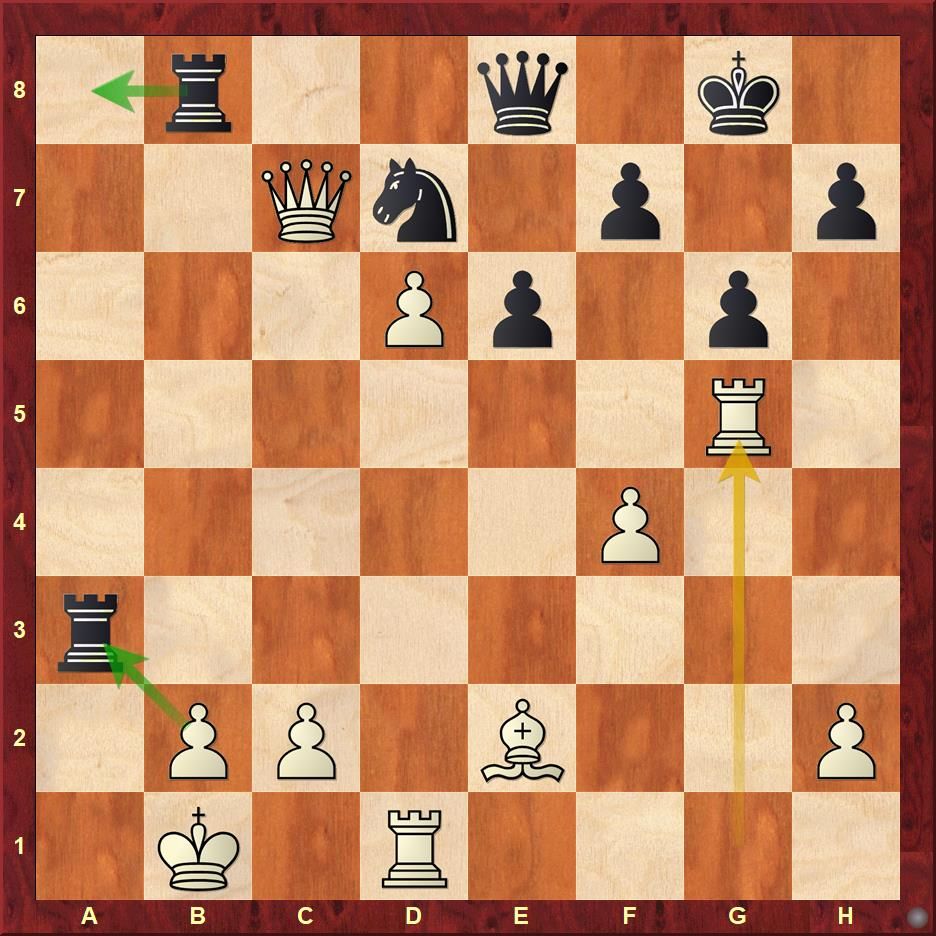 It seems like Black has some counterplay here with the rooks planning to double on a-file at some point. However, the move Rg5! is extremely strong. The idea is to put the rook on a5 to exchange one of the rooks 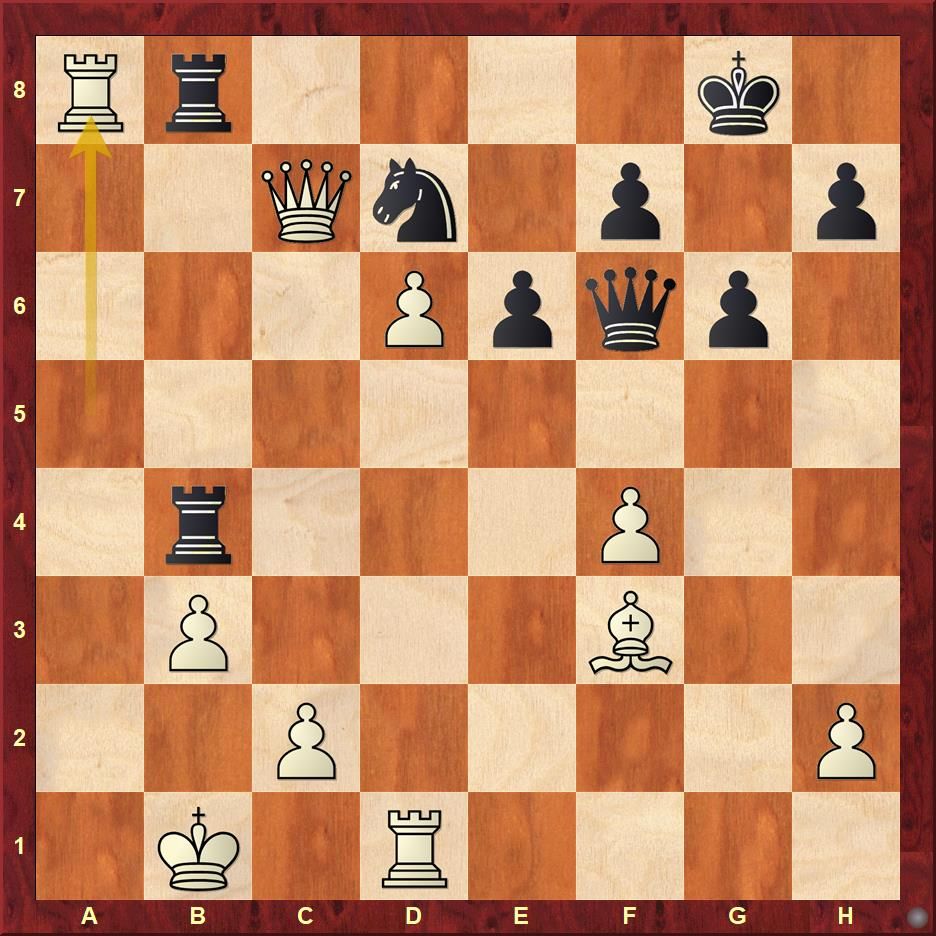 If you play the Middlegame like a Machine, Endgame does not arise! 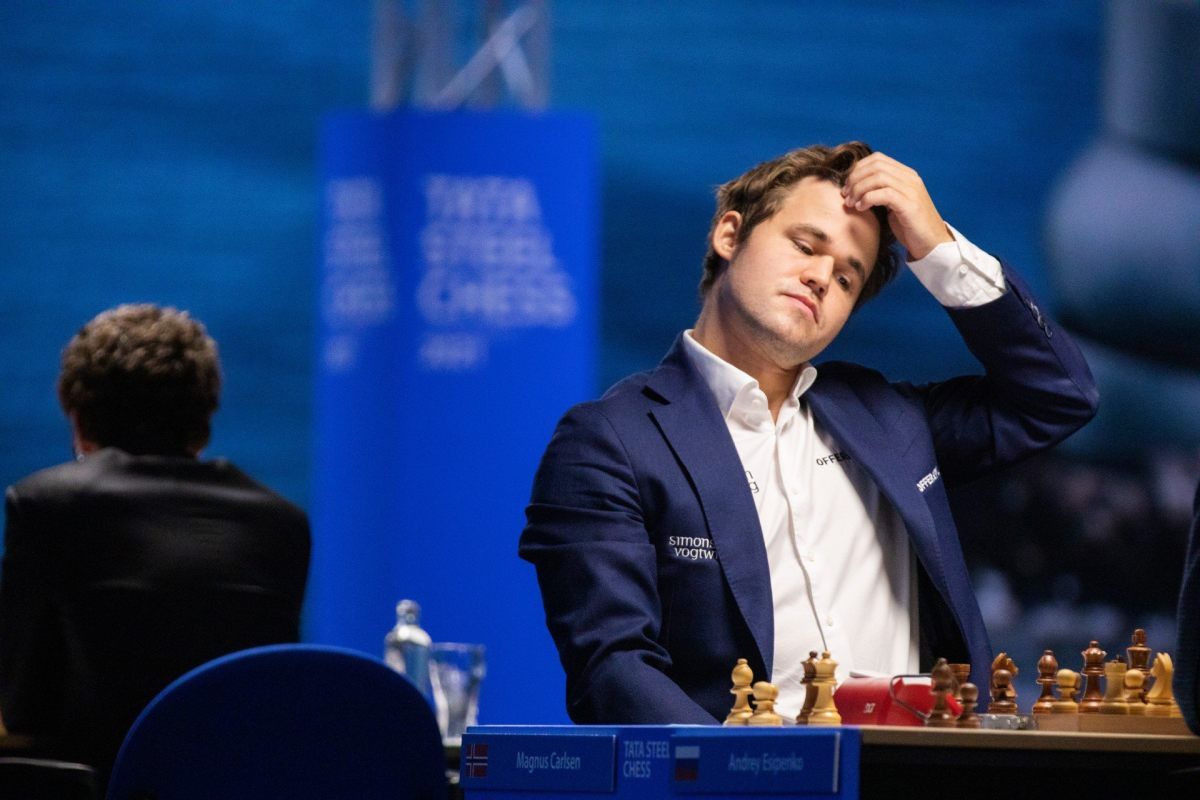 Carlsen knows things have not gone his way in the game! | Photo: Jurriaan Hoefsmit 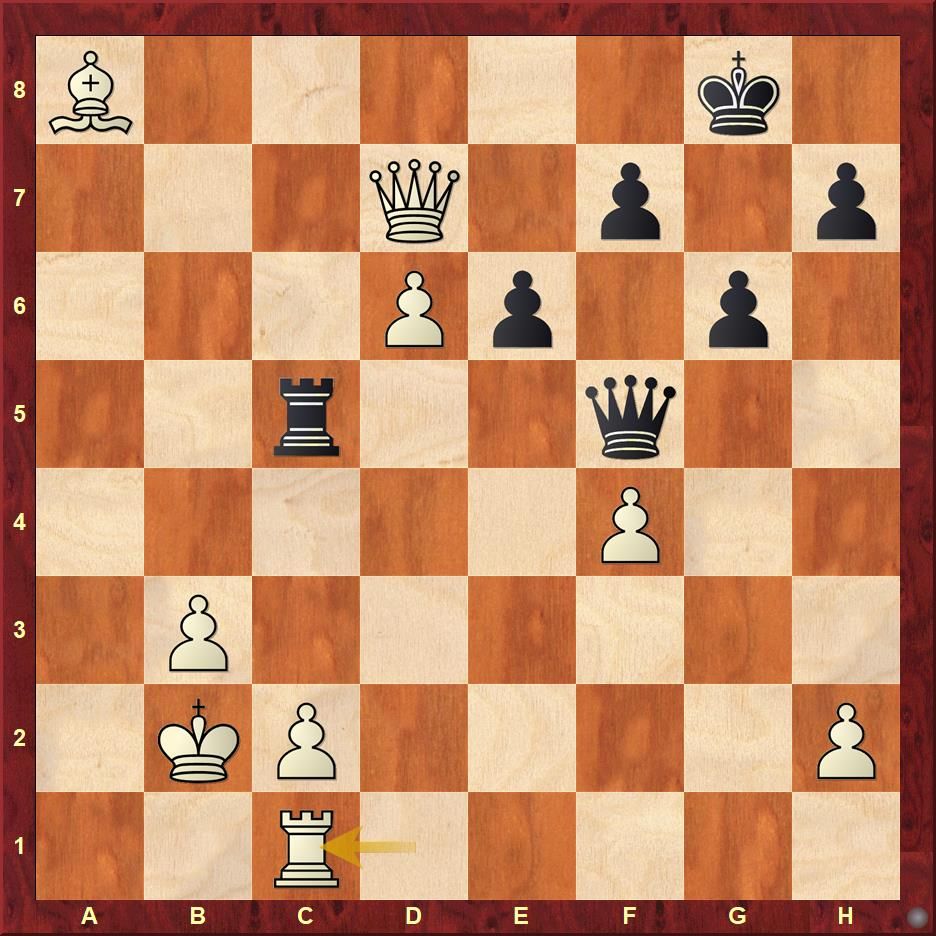 The final careful move defending the pawn on c2. Also preparing c3 and Rc2 after which there would be no checks! 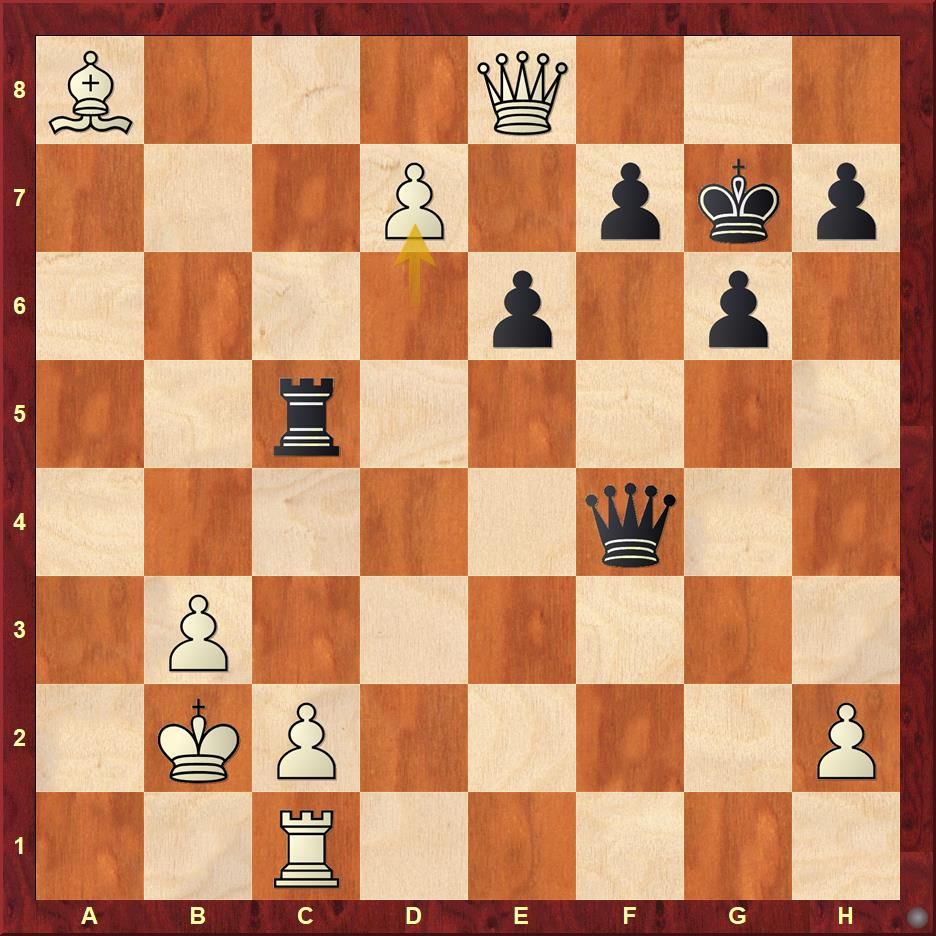 The pawn is pushed to d7 and Magnus Carlsen stretched out his hand in resignation! 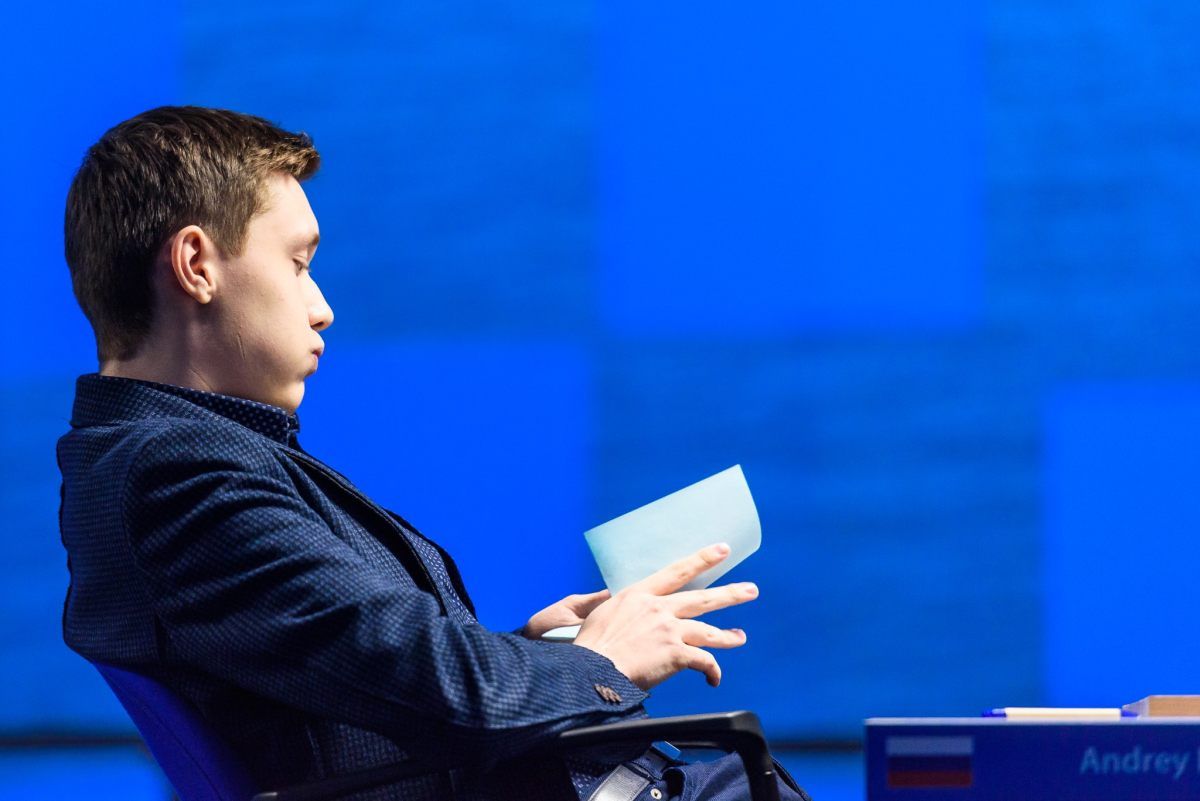 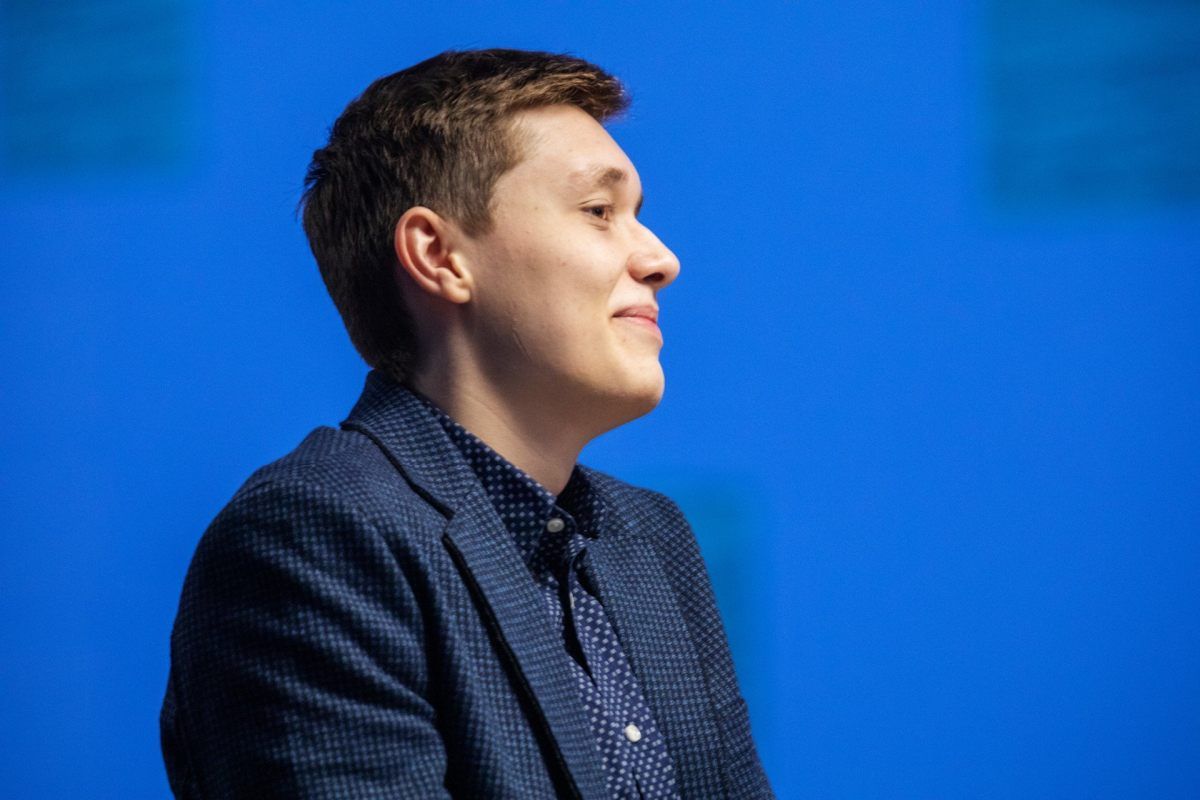 And the smile of achieving something truly special | Photo: Alina l'Ami 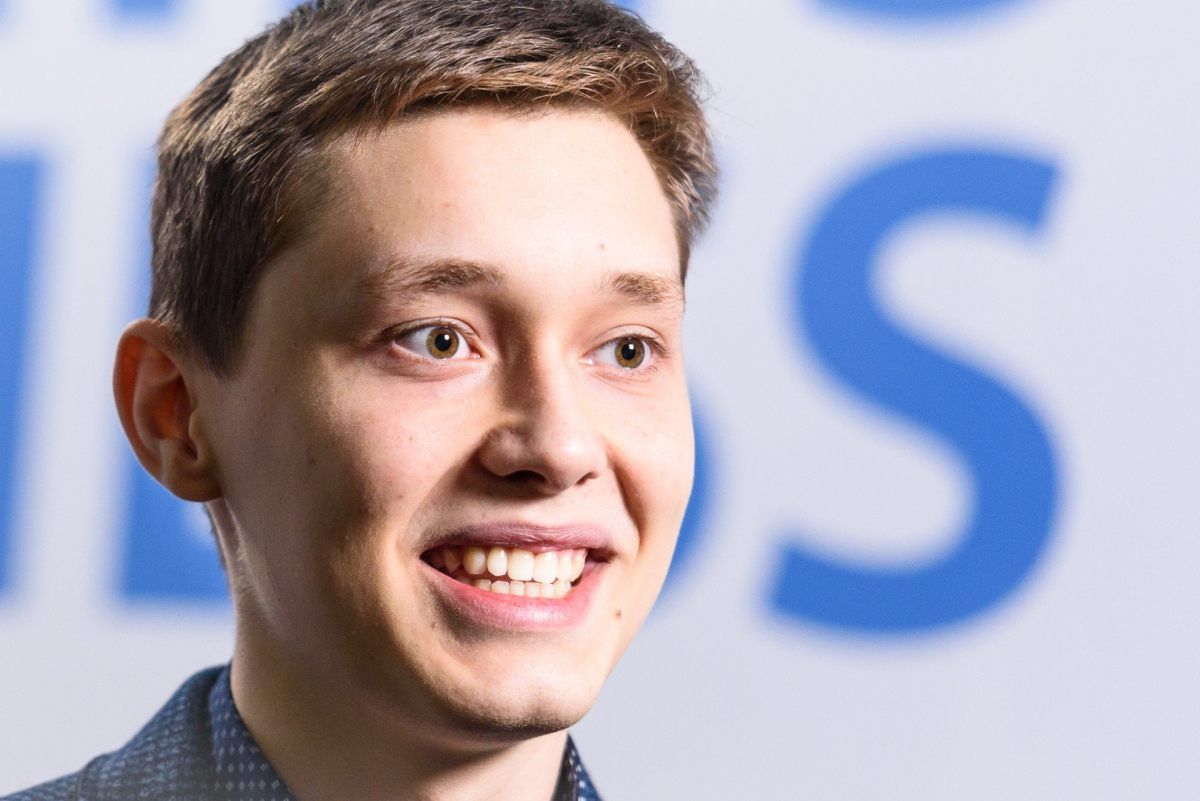 This was the best day of my life - Andrey Esipenko | Photo: Alina l'Ami 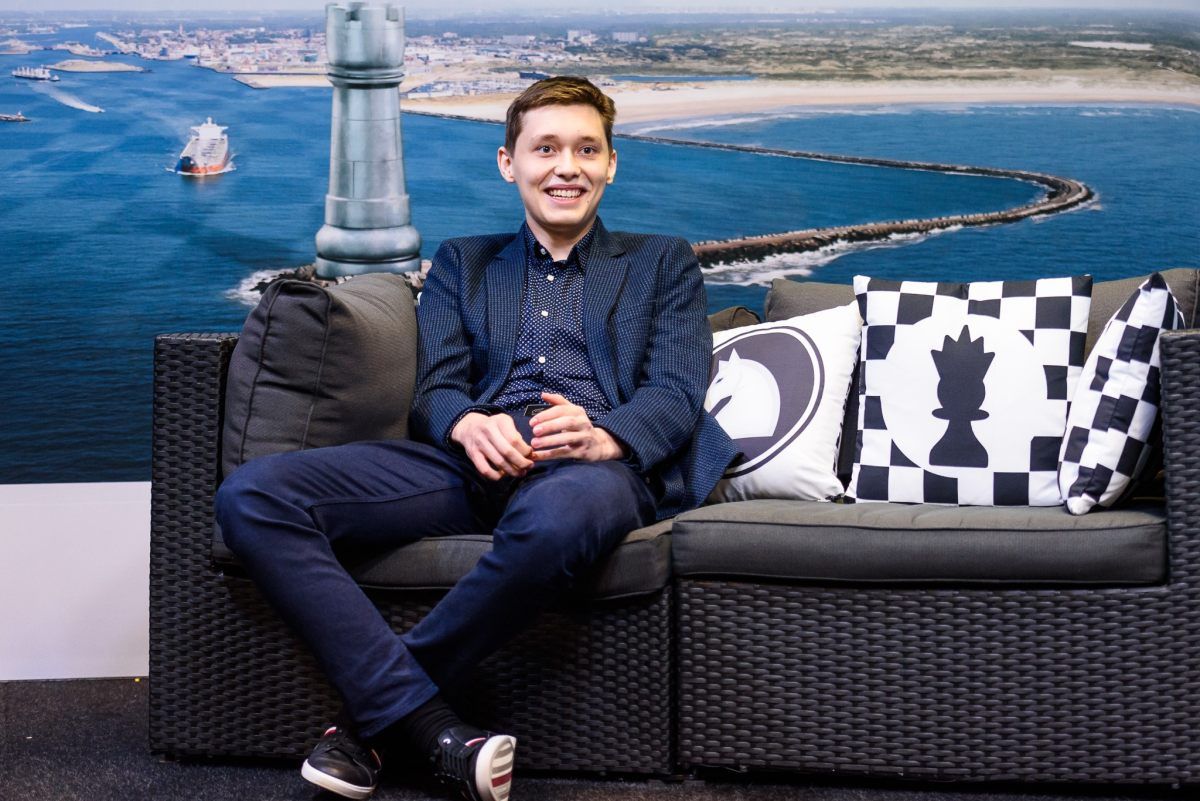 And for all his efforts Esipenko also gets a free day to enjoy this success! | Photo: Alina l'Ami

Carlsen after losing the game tweeted the following:

Standings after round 8 at the Tata Steel Masters 2021
At the World Juniors 2018, Parham Maghsoodloo had already won the tournament with 9.5/10. However, in the last round he lost his game to Andrey Esipenko. 90 minutes of this game has been shot by us. Check out how Andrey Esipenko was extremely sharp even two and a half years ago.
Related news: