Harika got knocked out of the FIDE Women's World Championship 2018 after losing against former Women's World Champion, Alexandra Kosteniuk 2.5-3.5. Harika lost the first tie-break and she was on the brink of elimination, then she bounced back strong and won the second tie-breaker. The third tie-break match ended up in a draw and Kosteniuk came out victorious in the last one. Thus Harika's journey ended in the World Championship and with it the Indian representation. In this report, we bring you all four tie-break games, photos and videos from Khanty-Mansiysk. Photo: Official site 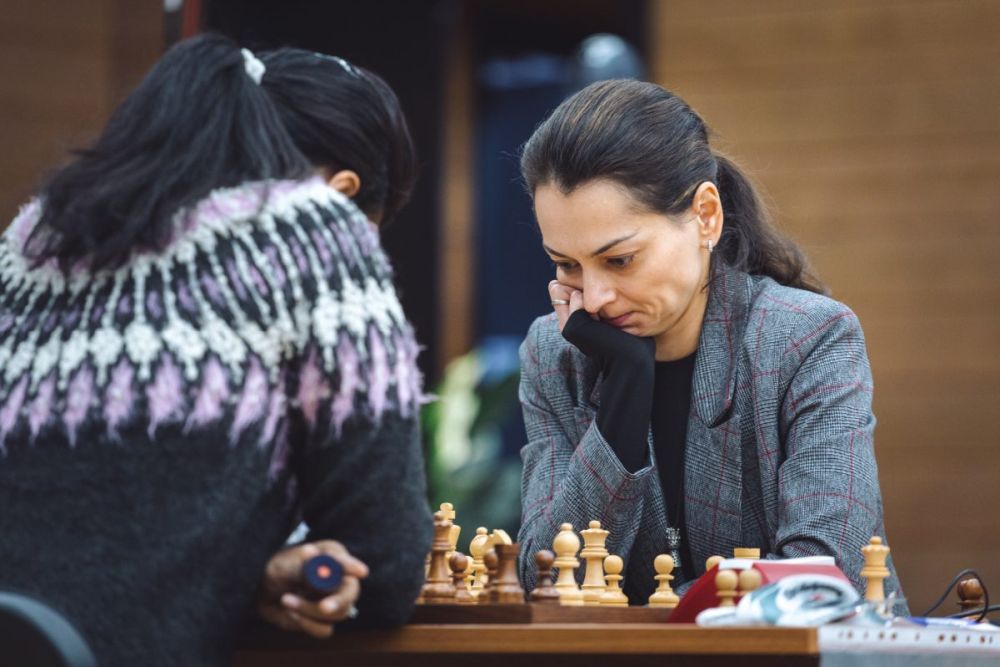 Kosteniuk won the first tie-breaker and it was not so easy | Photo: Official site

In the first tie-breaker match, French Defence Tarrasch variation was played, just like round 3.2 game. Only this time, a draw was not agree via threefold repetition. Harika managed to equalize with Black pieces out of the opening, however her isolated queen's pawn proved to be a weakness and eventually got captured. 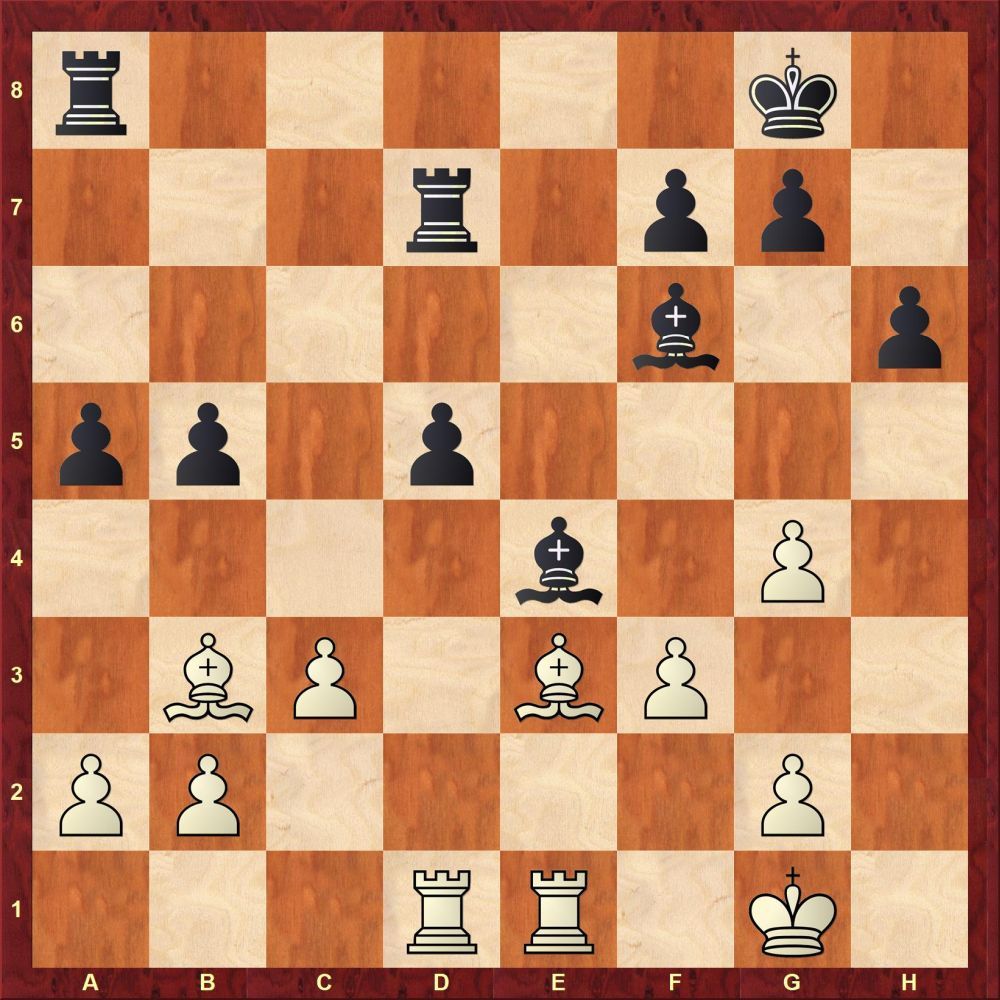 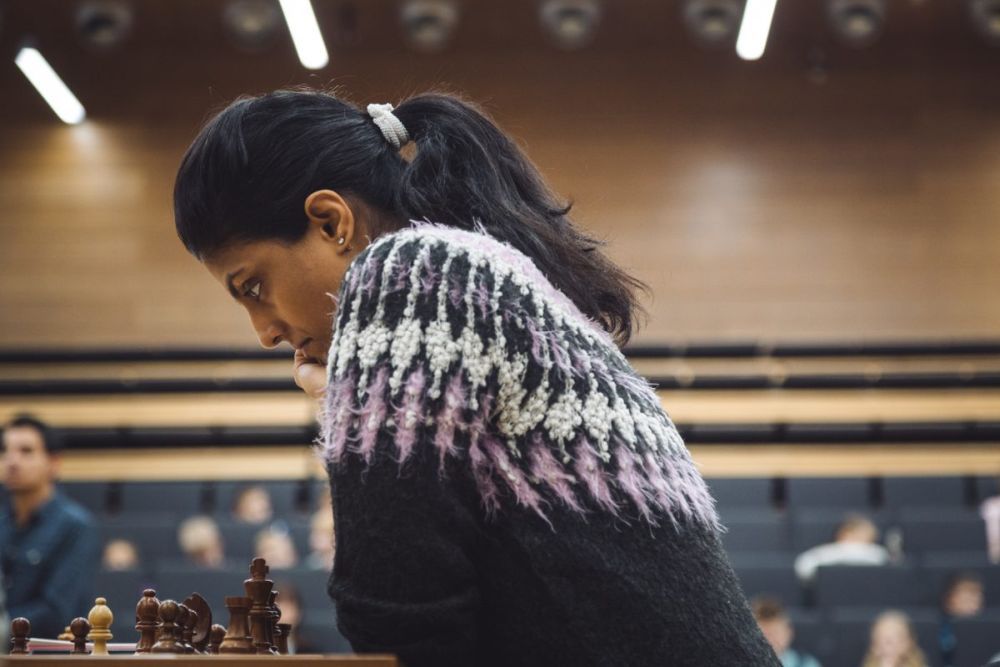 Harika bounced in a must-win situation saving herself from being eliminated | Photo: Official site

In an Open Catalan, for the better part of the game, Harika kept battling to gain an upper hand but Kosteniuk made sure that she did not make any mistakes. However in the Rook-Bishop endgame, Kosteniuk made a fatal mistake which cost her the entire game. 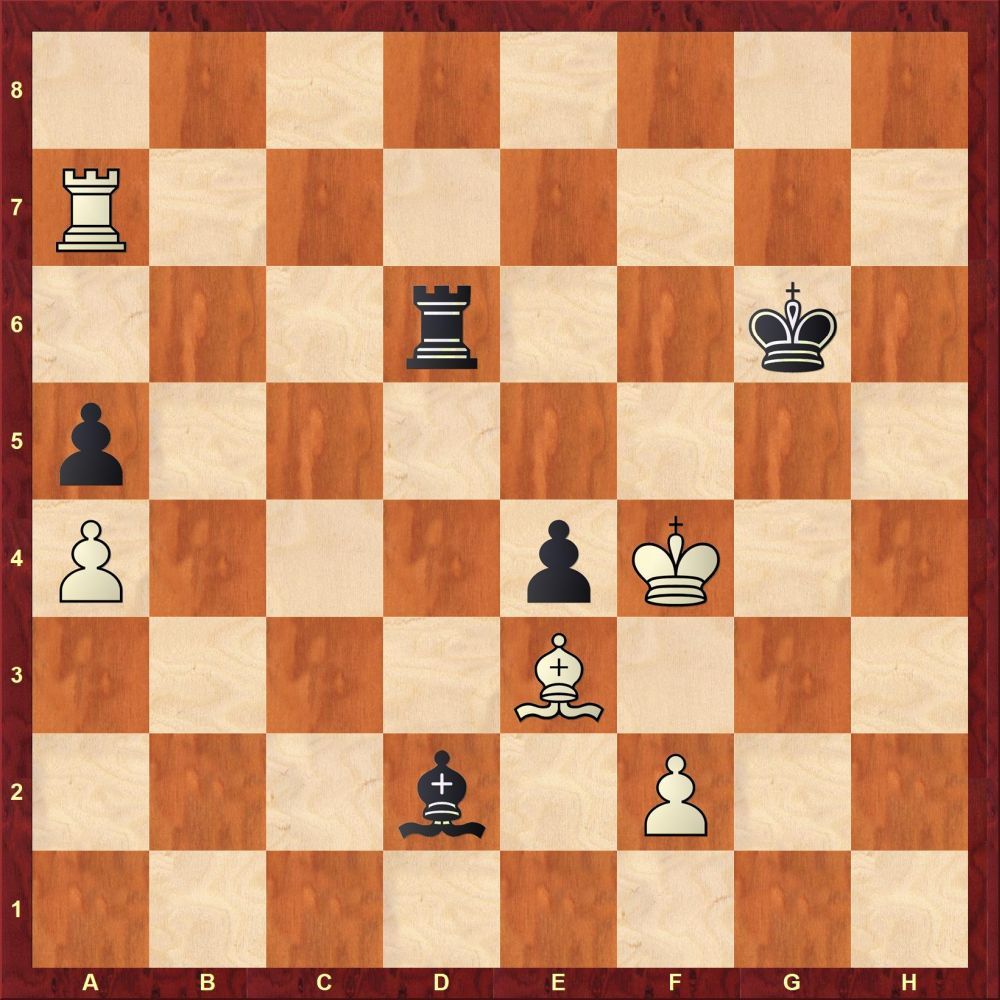 Kosteniuk made a fatal error with 60...Rd4. Find a better continuation for Black 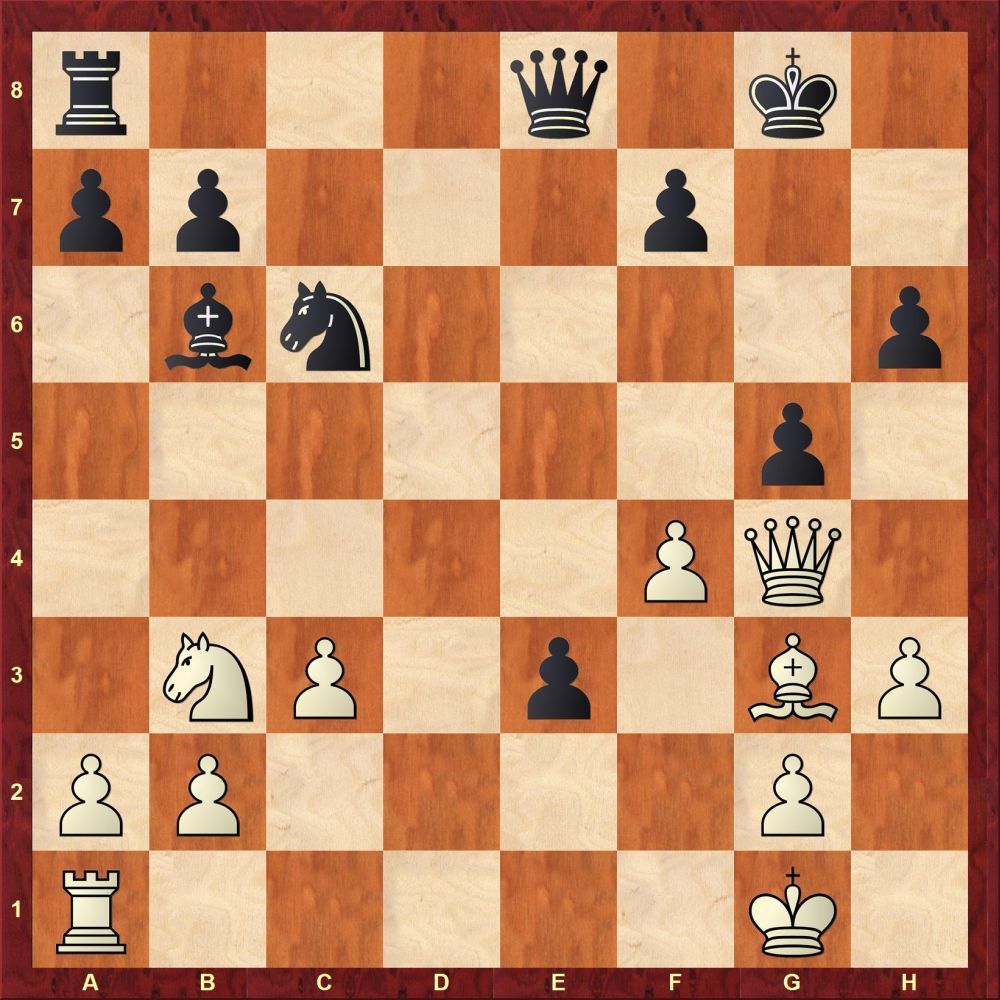 Harika got an initiative with 20...e3 but she was unable to convert it

The third tie-breaker game was a blitz game of 10 mins + 10 seconds, as we all know blitz games should not be analyzed. Still if there is something to nitpick then this would be that moment. 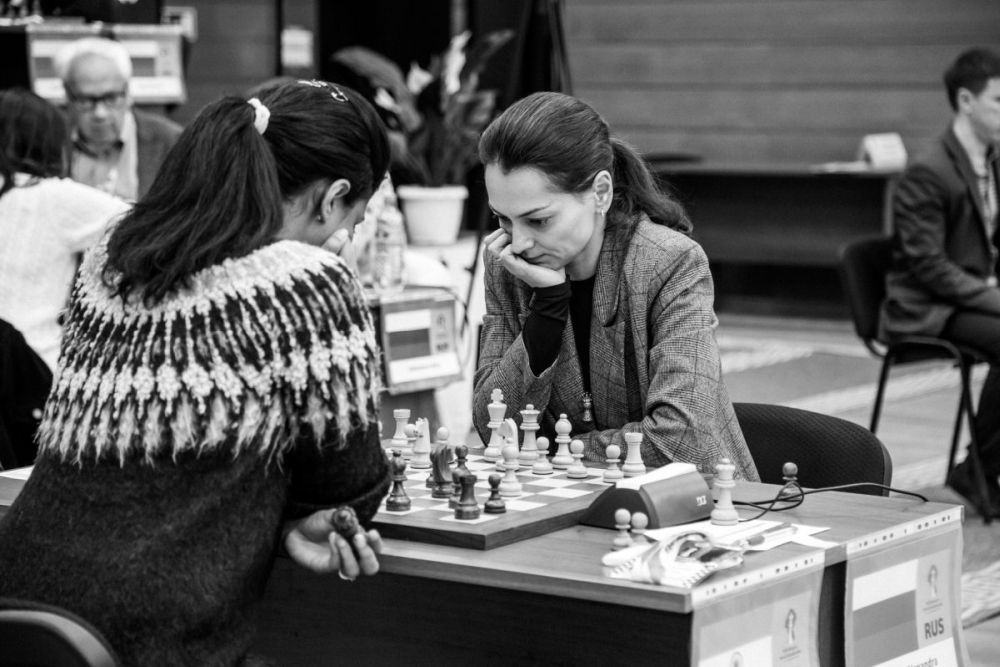 The final game turned out to be an uneventful draw | Photo: Official site

1. Harika could have had a different set of openings handy apart from the Catalan with white and Tarrasch from Black. Because she was unable to break through Kosteniuk in those systems.

2. Quick draw in round 3.2 affected her chances. As per statistics, Harika has an equal score with Kosteniuk in Classical format of the game. Her score is way behind in rapid and blitz. Harika backed herself in the shorter format, but she was unable to beat Kosteniuk.

Harika tried her best in the event and fought hard knocking out strong players like Sopiko Khukhashvili and Bela Khotenashvili. After the tournament she posted this on Facebook:

Currently we have the semi finals in progress at the Women's World Championships: 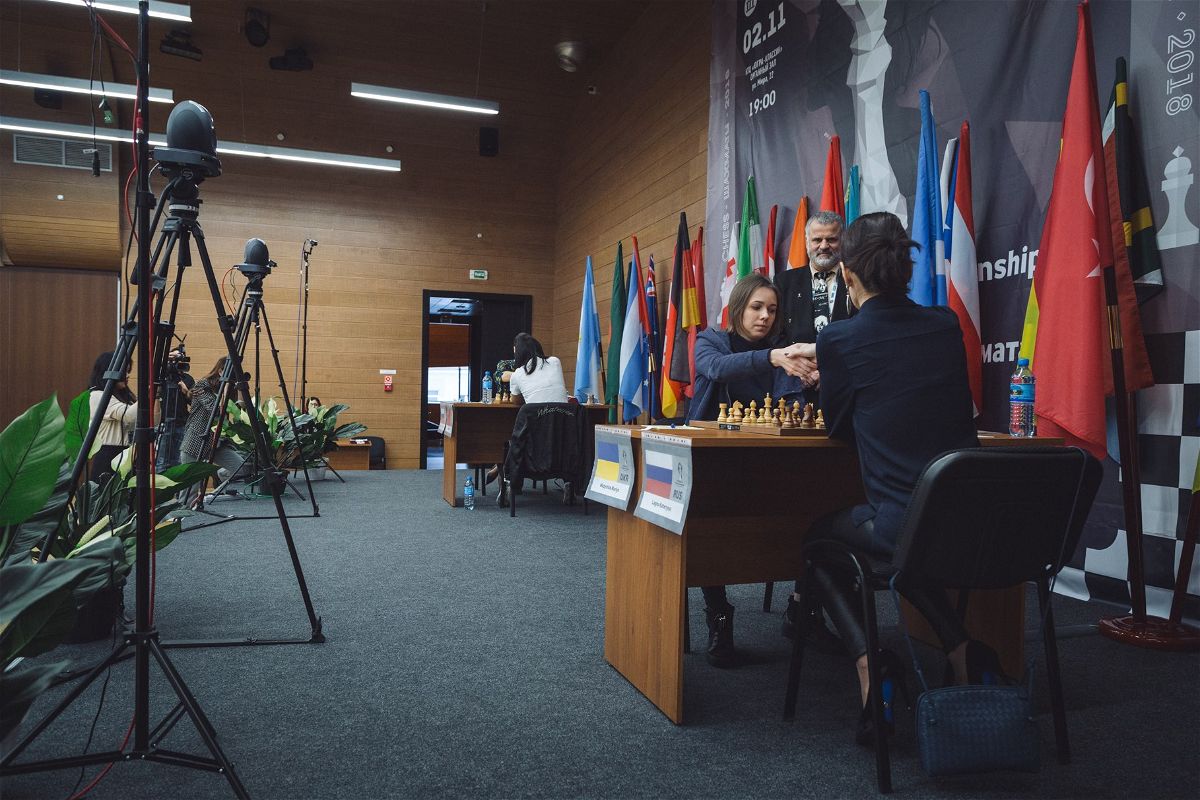 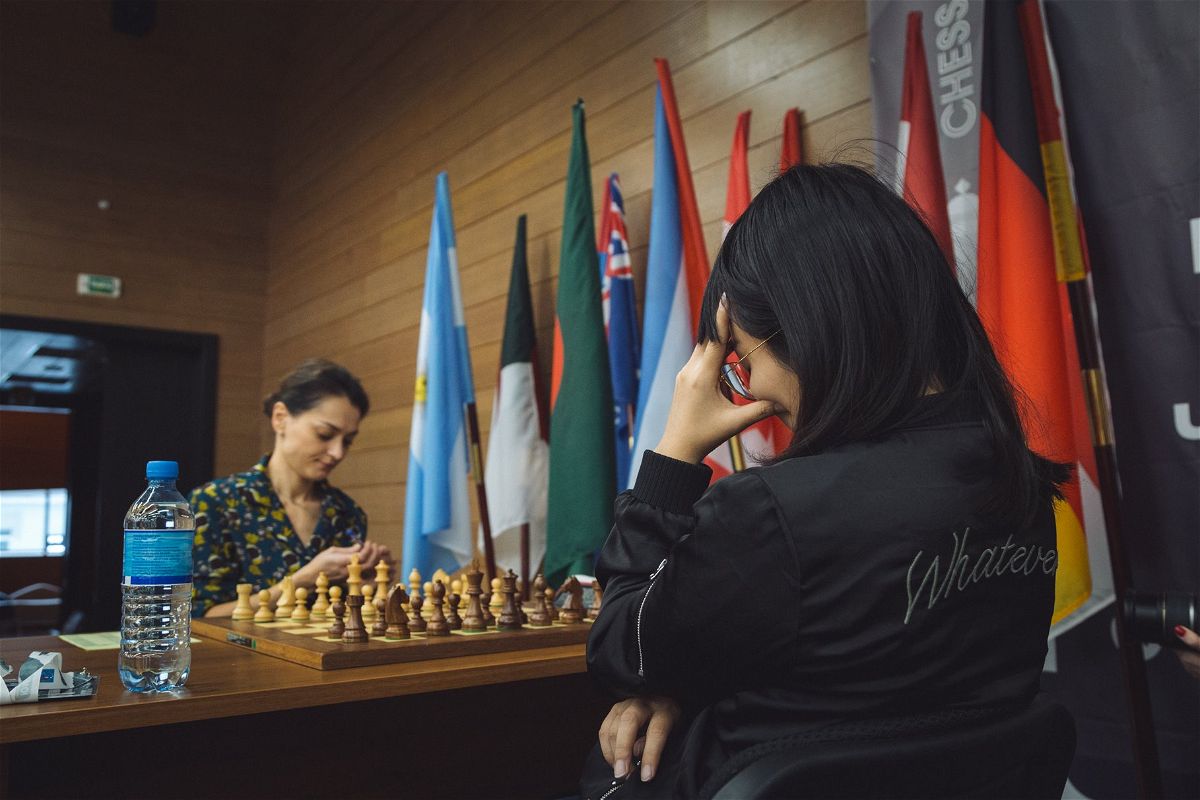