Harika defeated Bela Khotenashvili of Georgia 2.5-1.5 in round 2 to advance to the pre-quarter finals of the FIDE Women's World Championship. She got an early advantage in round 2.3 after Bela was unable to find a good square for her light squared bishop and eventually lost some more tempi. Despite getting a winning endgame, Harika was not willing to take any risks and settled for a draw after 75 moves. In the second tie-break, Bela blundered a bishop on the 31st move and never got a chance to make a comeback in the game. Harika will face former Women's World Champion, Chess Queen Alexandra Kosteniuk in round 3. This report contains selected best games, photos and videos. Photo: Official site

Harika bests Bela Khotenashvili and advances to round 3

Harika and Bela repeated the same opening Caro-Kann Defence, they played in round 2.2. This time Bela had difficulty to find a good square for her light squared bishop and lost a few tempi because of it. Harika developed her pieces usually while Bela's pieces were cramped. The Indian GM sacrificed an exchange and eventually got a winning rook ending. Instead of trying hard, she played too safe and had to settle for a draw. 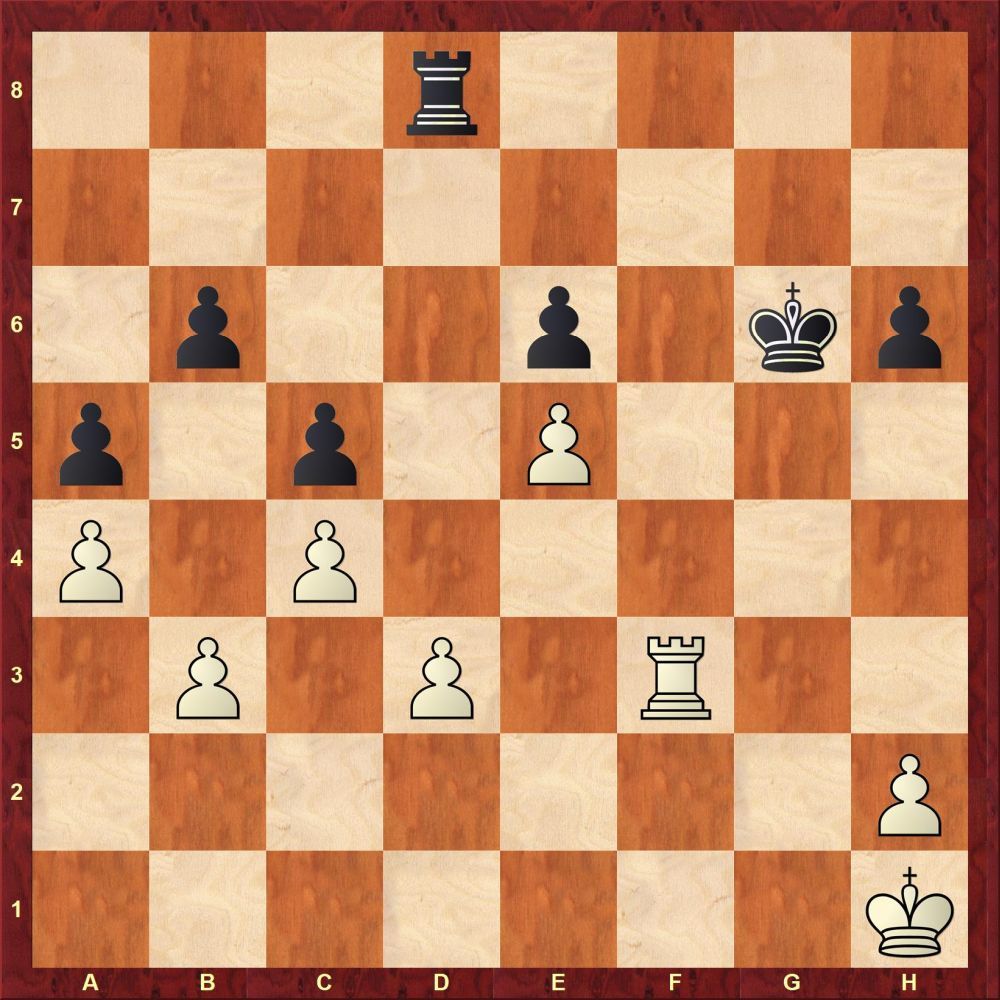 Harika's first missed opportunity. She played 54.Kg2 here. What was the better alternative? 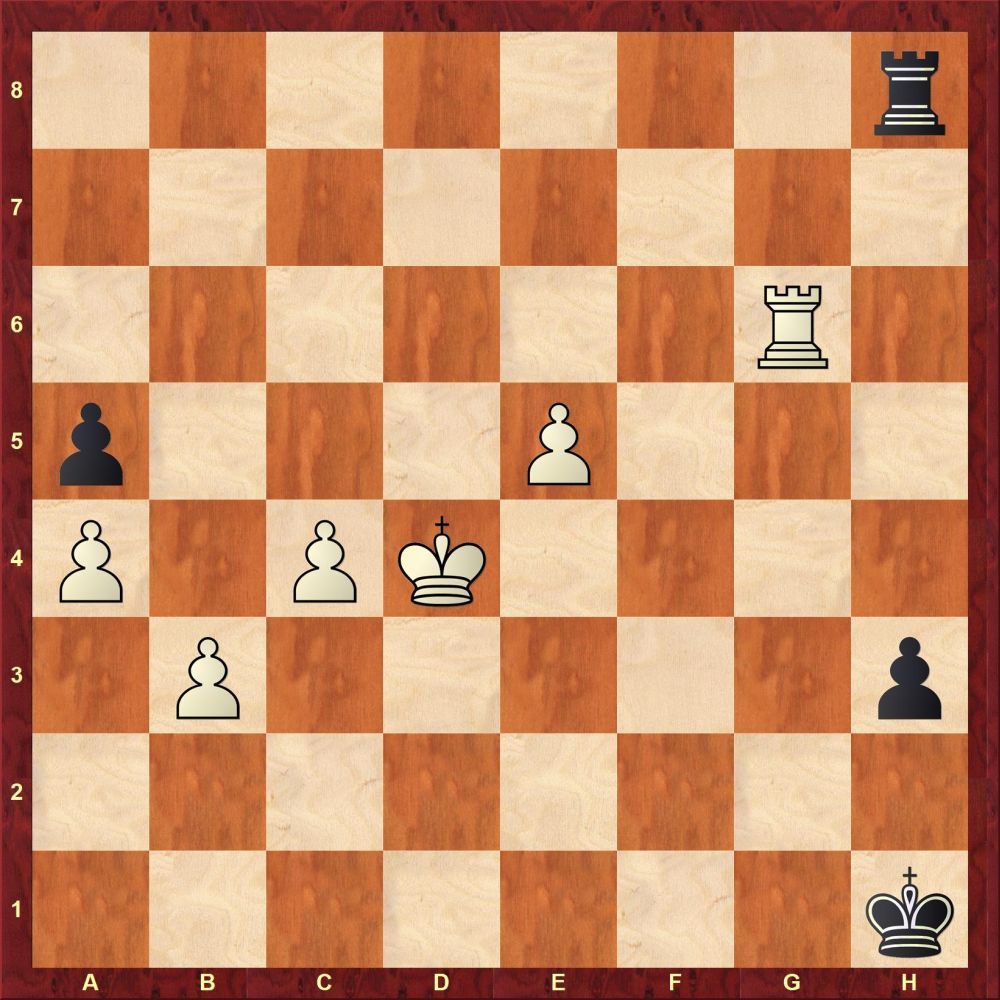 Harika's second missed opportunity was an easy one. Can you find it? White to play.

Here is the entire game: 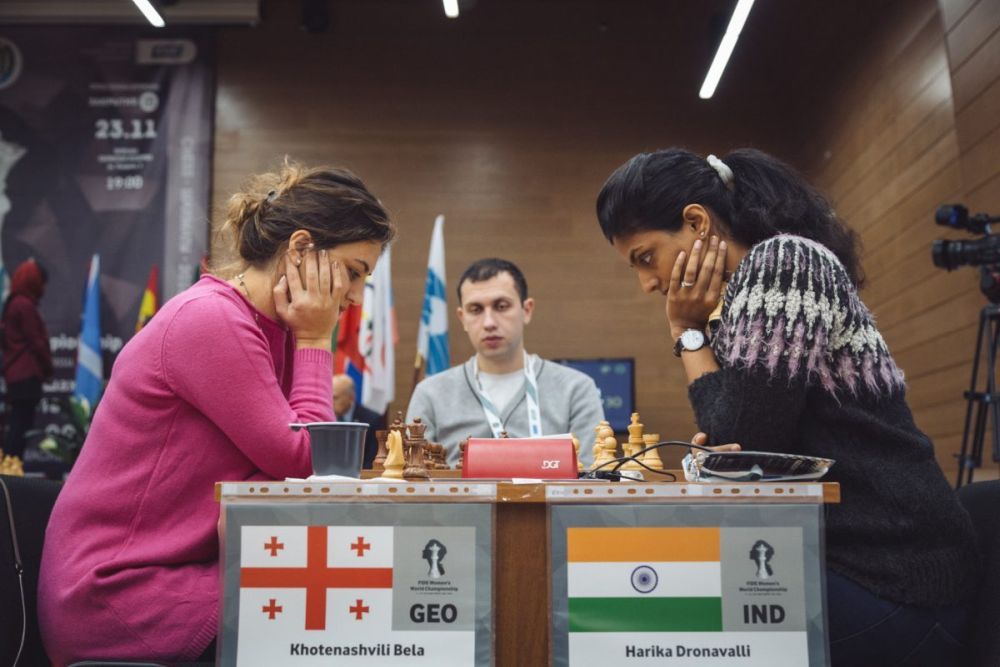 Harika opted for the Pirc Defence against which Khotenashvili seemed to have landed in uncharted territory. First she lost space and then blundered a bishop on move no.31/ 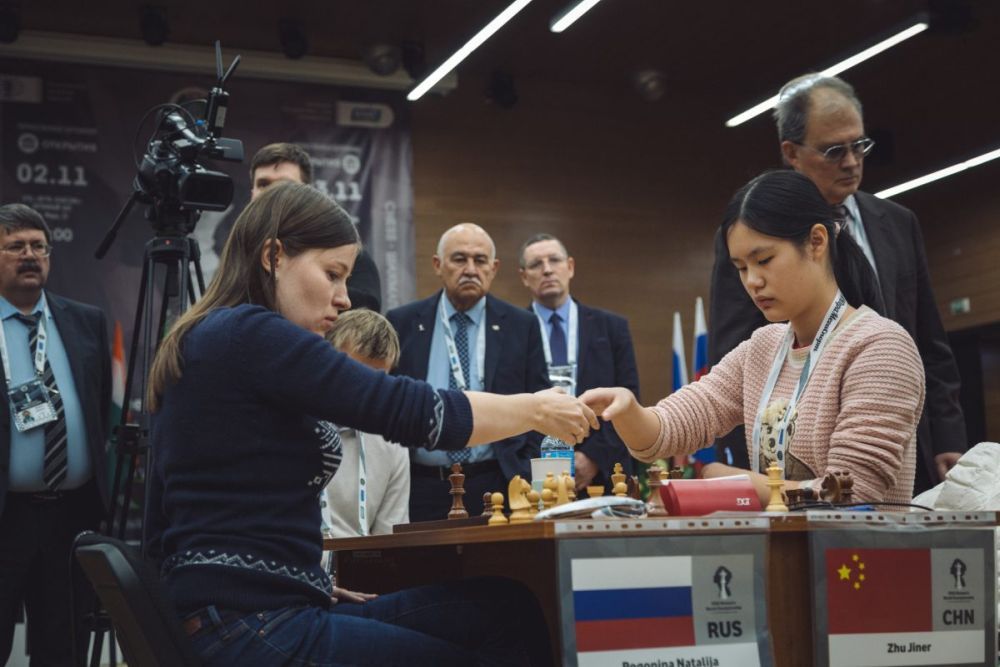 Pogonina made a strong comeback against Zhu Jiner. After losing round 2.1, she bounced back and won the round 4-2 and advanced to round 3 | Photo: Official site

Pogonina played a miniature game in round 2.5 as the kid Zhu Jiner did not handle the KID well in 10 mins + 10 seconds time control. 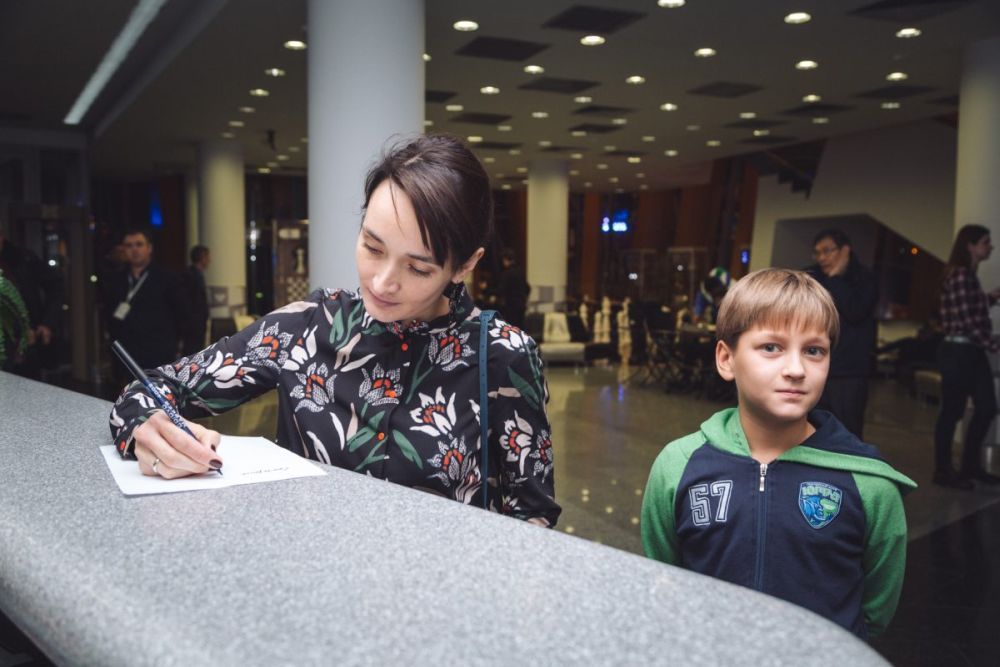 Kateryna Lagno (RUS) signs autograph for a fan after winning both of her tie-break matches against Hoang Thanh Trang (HUN) | Photo: Official site 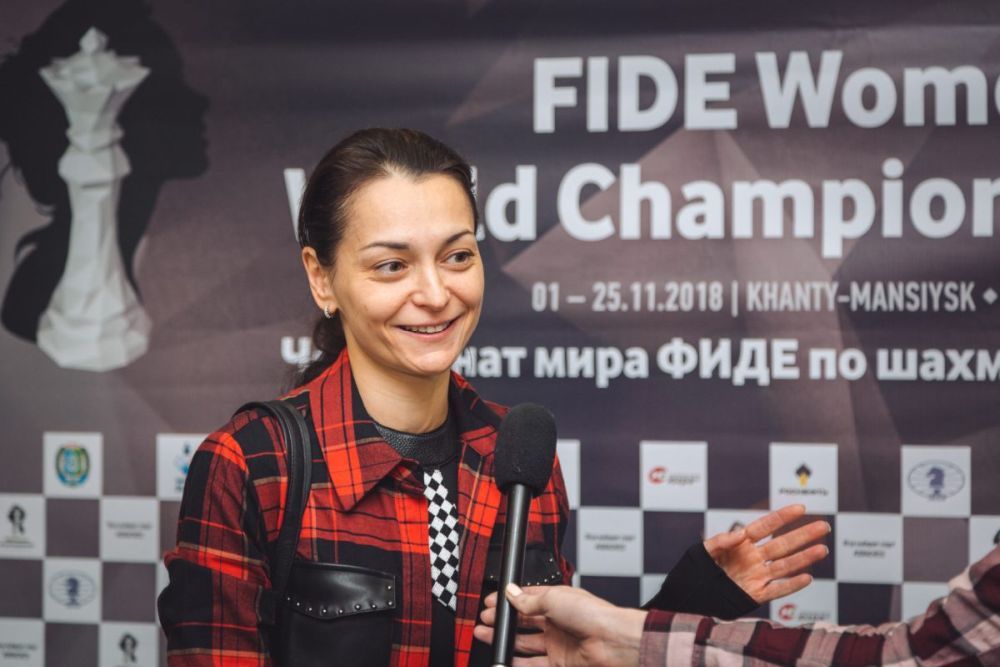 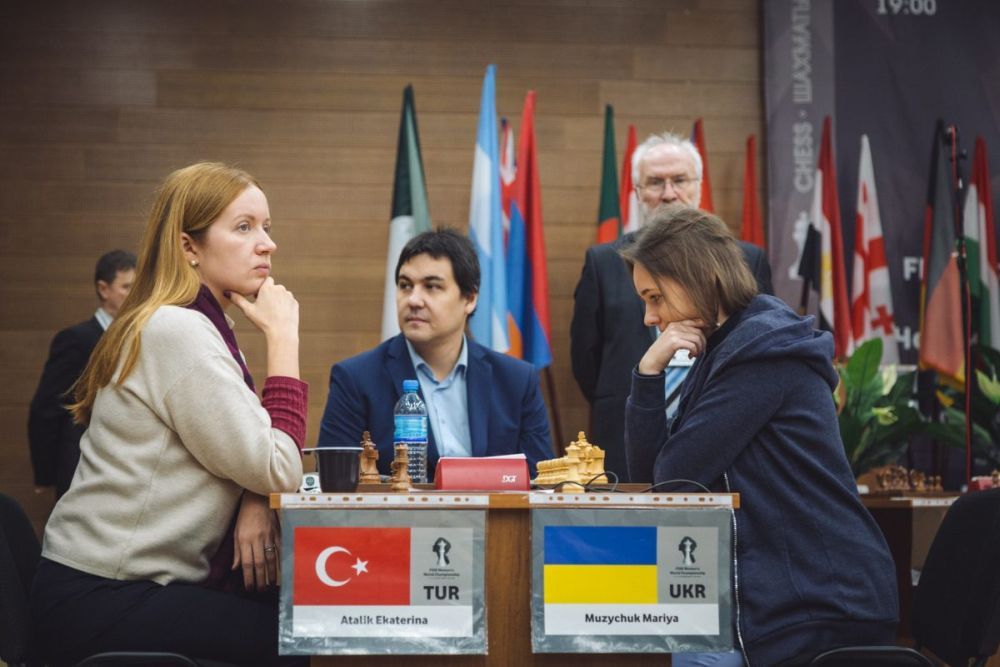 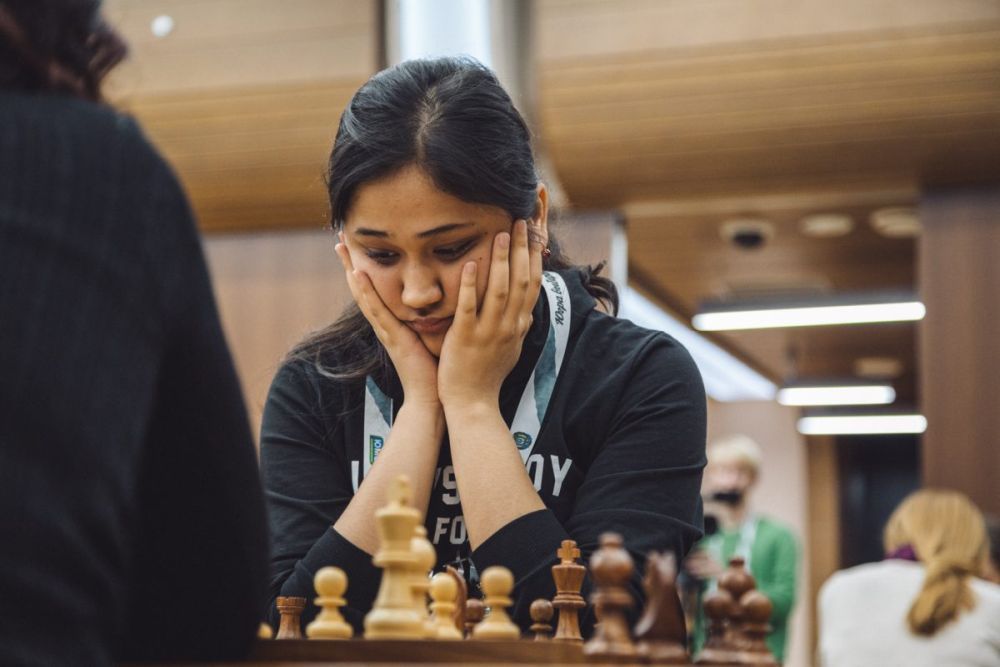 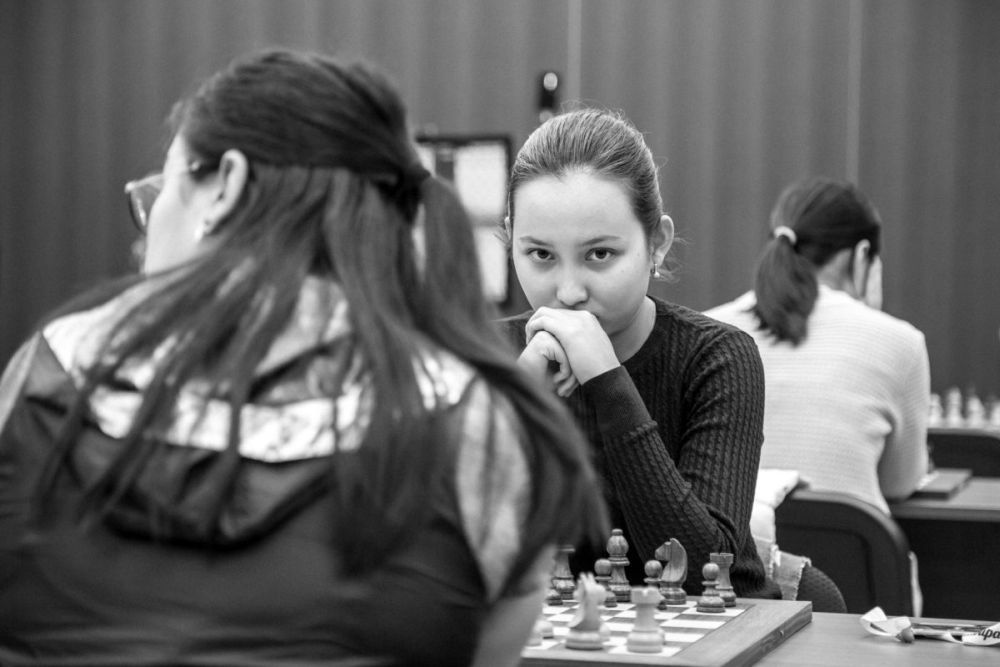 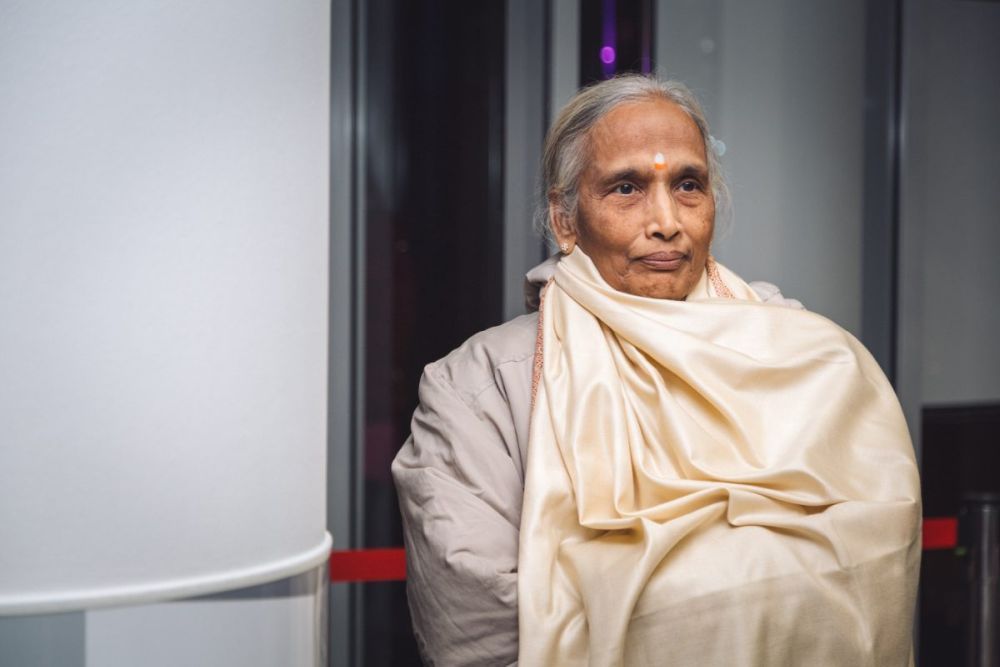