India no.3 woman WGM Vaishali R defeated former Women's World Champion and wildcard of the event GM Antoaneta Stefanova by 6-5 to advance to the Quarter-Finals of FIDE chess.com Women's Speed Chess Championship. She will face WIM Turmunkh Munkhzul of Mongolia in the Quarter-Finals today at 6 pm IST. Reigning Women's World Rapid Champion Koneru Humpy is one of the nine seeded players and India no.2 woman GM Harika Dronavalli qualified to the WSCC Grand Prix by finishing in the top two of Qualifier 3 which was a 21-round Bullet (1+1) event where she whitewashed GM Valentina Gunina and IM Alina Kashlinskaya 2-0 each respectively to earn her spot in the GP. Photo: Amruta Mokal

Humpy, Harika and Vaishali will play in the Grand Prix

WGM Vaishali R has qualified for the Quarter-finals of FIDE chess.com Women's Speed Chess Championship. She defeated the Wildcard former Women's World Champion GM Antoaneta Stefanova in the Round of 16 to advance to the Quarter-final stage. The wildcard was decided by FIDE President Arkady Dvorkovich and wildcard could play only one out of the four events. Vaishali will face WIM Turmunkh Munkhzul who defeated former Women's World Rapid and Blitz Champion Anna Muzychuk 5.5-4.5 to advance to the QF. While on paper Vaishali seems to have the relatively easier opponent out of the remaining six players, make no mistake that she defeated Anna Muzychuk who is at her best in the faster formats.

In the Round of 16 or Pre-Quarter finals, Vaishali faced the event wildcard former Women's World Champion GM Antoaneta Stefanova. They played a total eleven games and Stefanova lost to Vaishali by a score of 5-6. Now before we see the games, we need to be aware of the rules of each GP matches.

All matches in each Grand Prix leg are divided into three segments: 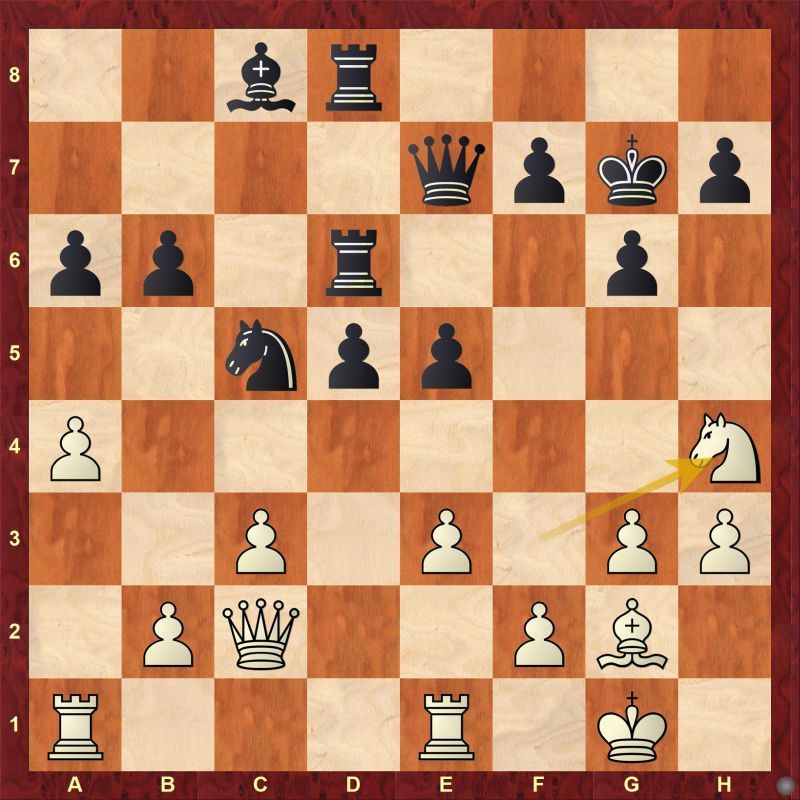 It all went downhill for white after 25.Nh4. Find out why

In the first game of 3+1, Vaishali scored a miniature win over Stefanova in just 14 moves.

The final win against the Bulgaria no.1 woman came in the final game of the 3+1 segment. 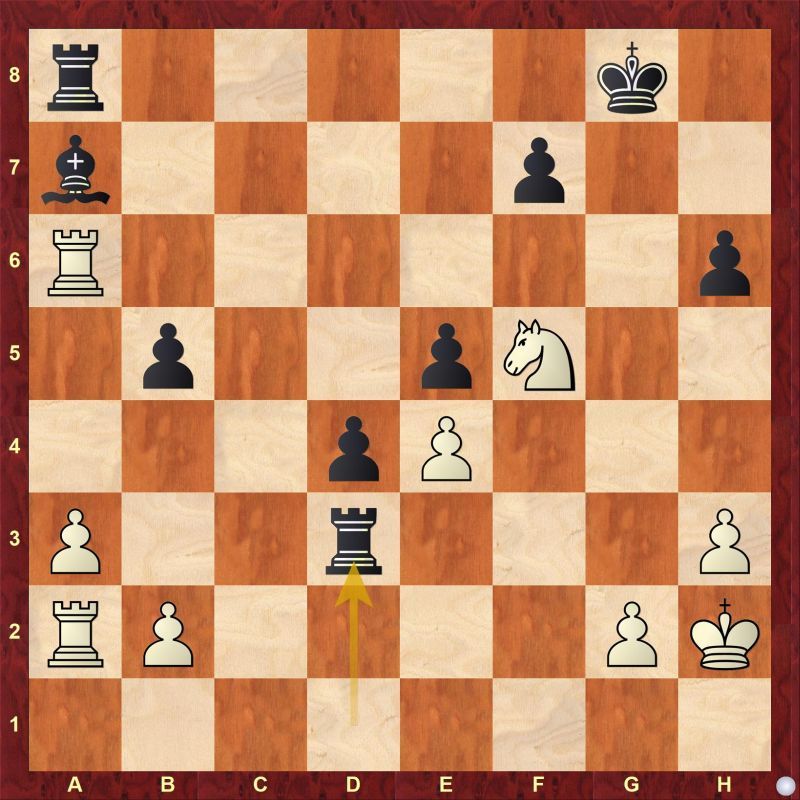 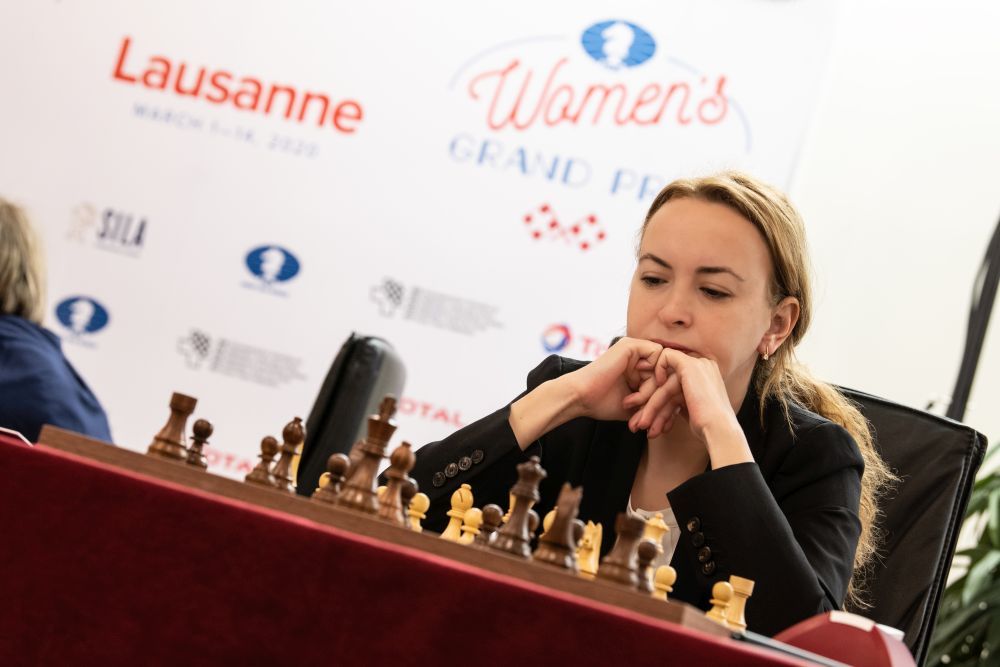 Stefanova made a strong finish but it was just not enough | Photo: FIDE 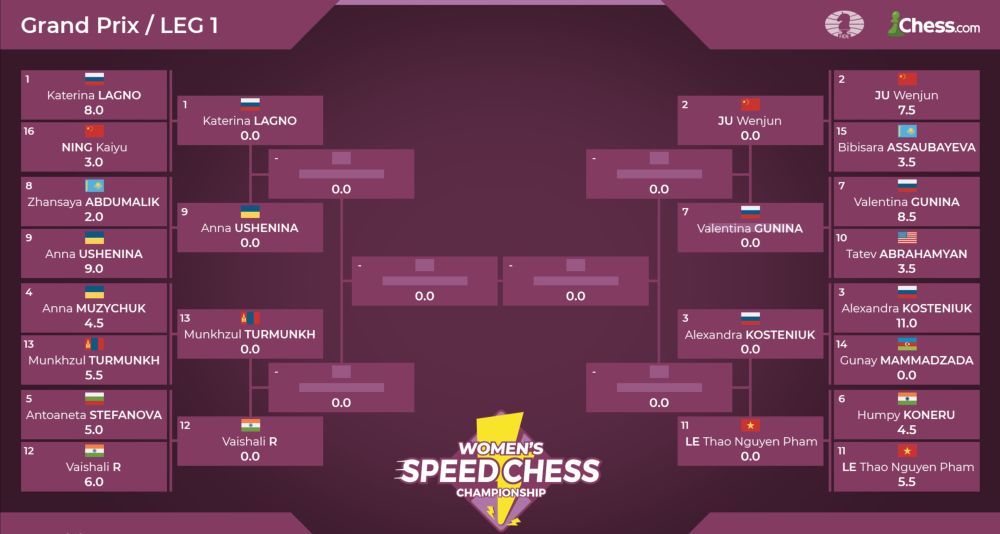 Replay all games between Stefanova-Vaishali in Round of 16

Vaishali qualified to the GP along with WGM Deysi Cori by finishing in the top two of the Qualifier 5 held on 21st June with a score of 10/13 in a 13-round Swiss League event with a time control of 3+1. She defeated GM Nino Batsiashvili, IM Natalia Buksa, drew with IM Padmini Rout, IM Karina Cyfka and the eventual winner of the Qualifier WGM Olga Girya.

In the Playoff Vaishali defeated IM Alina Kashlinskaya and GM Valentina Gunina. It goes without saying that both of them are incredibly strong players. 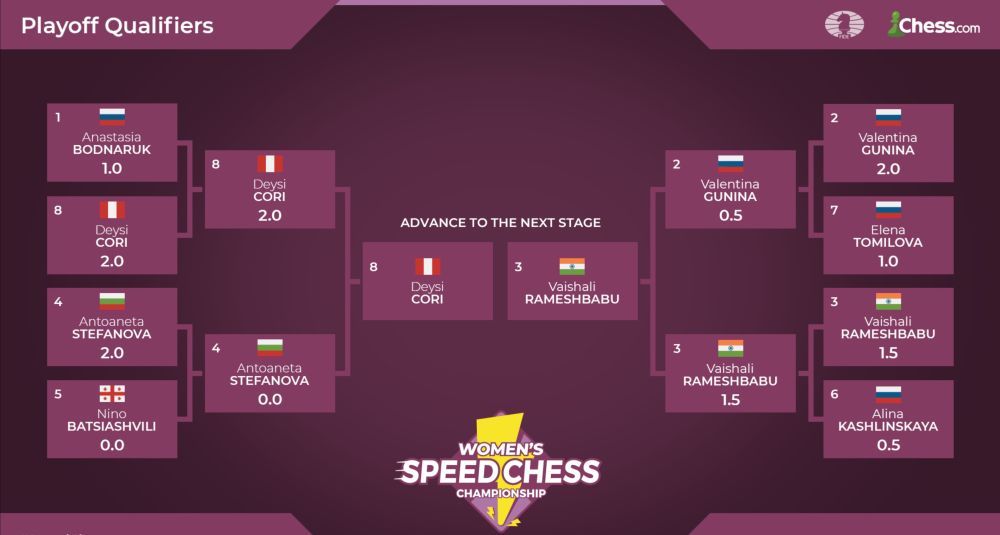 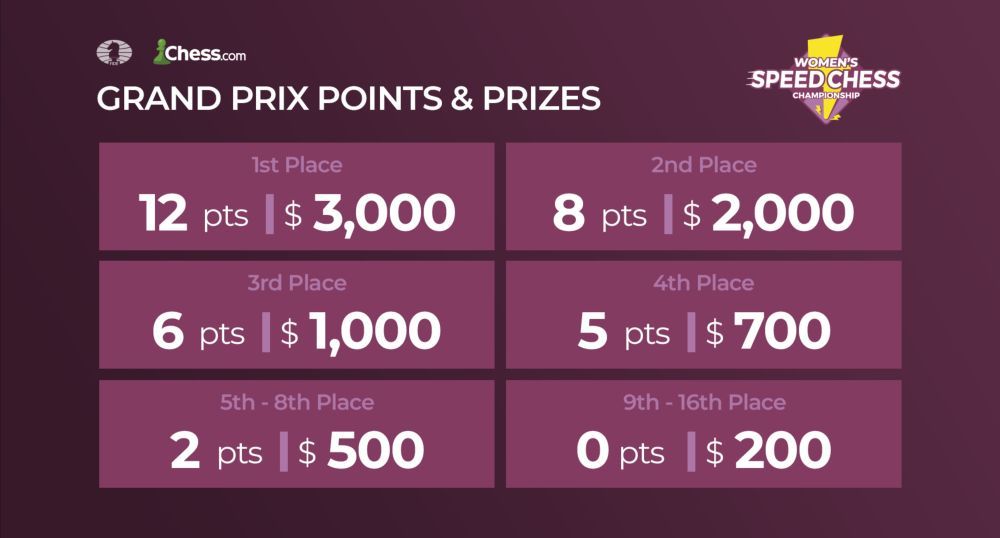 Apart from Vaishali, GM Harika Dronavalli also qualified by finishing in the top two of 21-round Bullet (1+1) Swiss League event on 20th June 2020.

Harika also had a similar path like Vaishali but she whitewashed both Gunina and Kashlinskaya 2-0 | Source: chess.com 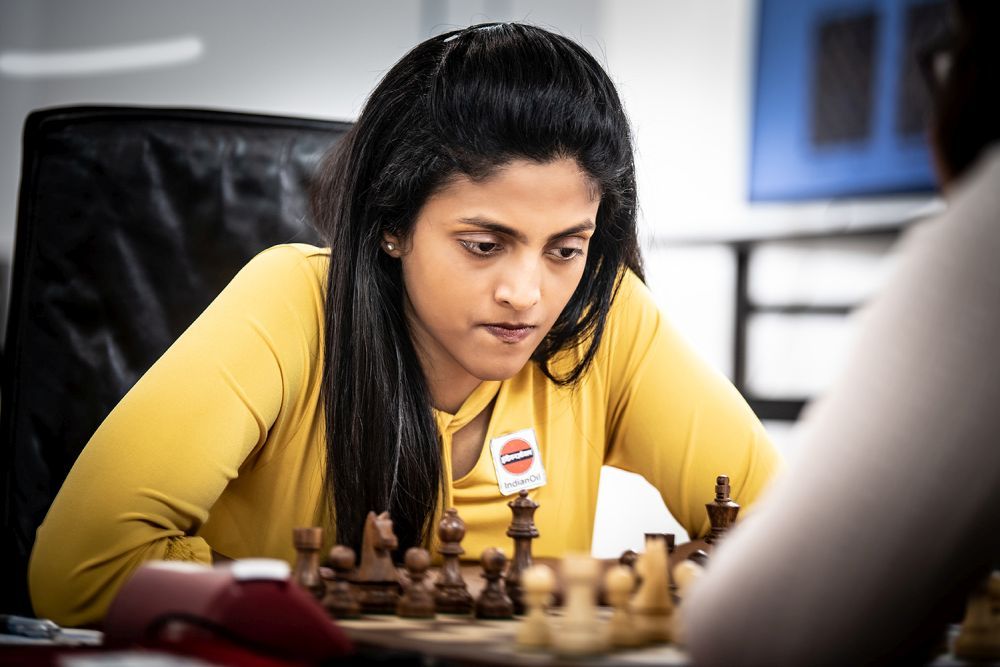 GM Harika Dronavalli qualified to the Women's Speed Chess Championship by finishing in the top two of a Bullet tournament | Photo: FIDE

Harika will play the second leg which starts from 1st July.

Replay all Harika's games from Qualifier 3