Tripura is one of the least-explored states in India, despite nurturing natural as well as historic beauties. A fantasy land for nature lovers with gorgeous waterfalls, and gigantic mountains make it a dream destination. The state is blessed with beauty which you can witness through its water bodies, palaces, forest and wildlife. Its rich culture reflects through its top attractions especially monuments and heritage sites. And now it welcomes all the chess lovers to explore the state and be a part of the 1st Open Rated Tournament of 2019 in North East which will be kicking off from 26th March 2019 till 30th March 2019. Read this article to find more about this upcoming event. Thumbnail Photo: FPI

Last month North-East India hosted the 19th edition of the North-East Chess Championship which was won by Sikkim's Rahul Gurung. The event was rated but it was open only for the players belonging to North-Eastern region of India. People have read and heard stories about the natural beauty of this part of the nation and among the chess circuit too players wish that there should be regular good tournaments here which will give them the benefit of exploring the region along with playing in a tournament. However very rarely we see tournaments taking place over here due to various reasons. But there is a good news for all the chess players willing to visit North-East! Tripura is all set to host the 1st Open Rated Tournament of 2019 in North East which will be kicking off from 26th March 2019 till 30th March 2019. 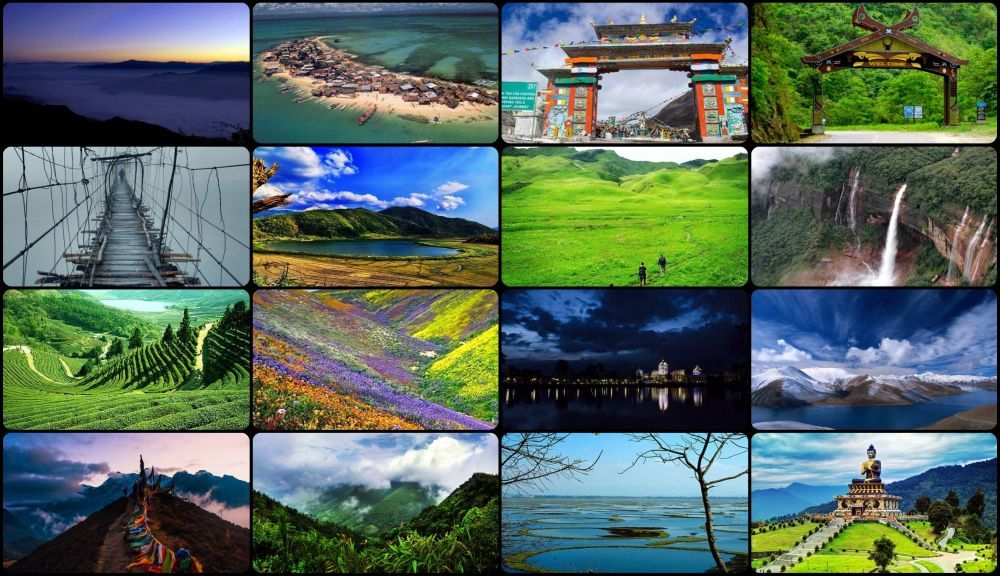 Clear atmosphere and surreal life supported by spectacular beauty, the North East is dreamlike. The region is godlike divine and its tranquility makes it all the more enthralling. 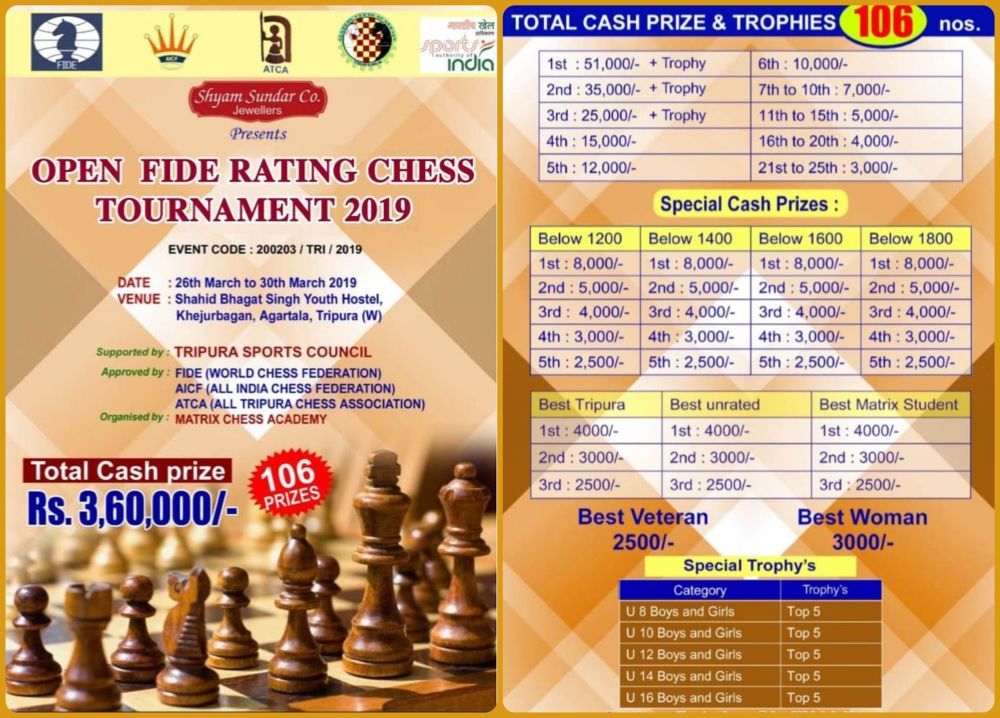 The tournament is organised by Matrix Chess Academy, Tripura 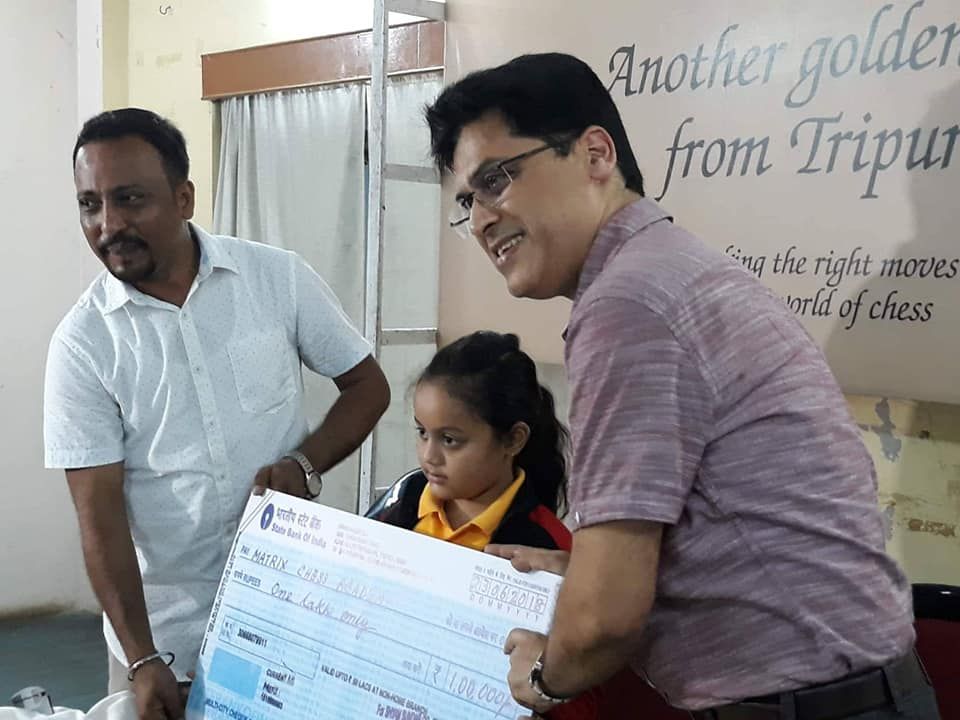 Shyam Sundar jewellers has supported chess before in the state and is now doing it once again. They are the title sponsors of the event. The tournament is organized by Matrix Chess Academy run by Prasenjit Dutta

The venue for the event is the beautiful Shahid Bhagat Singh Youth Hostel, Agartala. Located in the Kunjaban Township, the venue is famous for hosting many national and international successful events in the past. 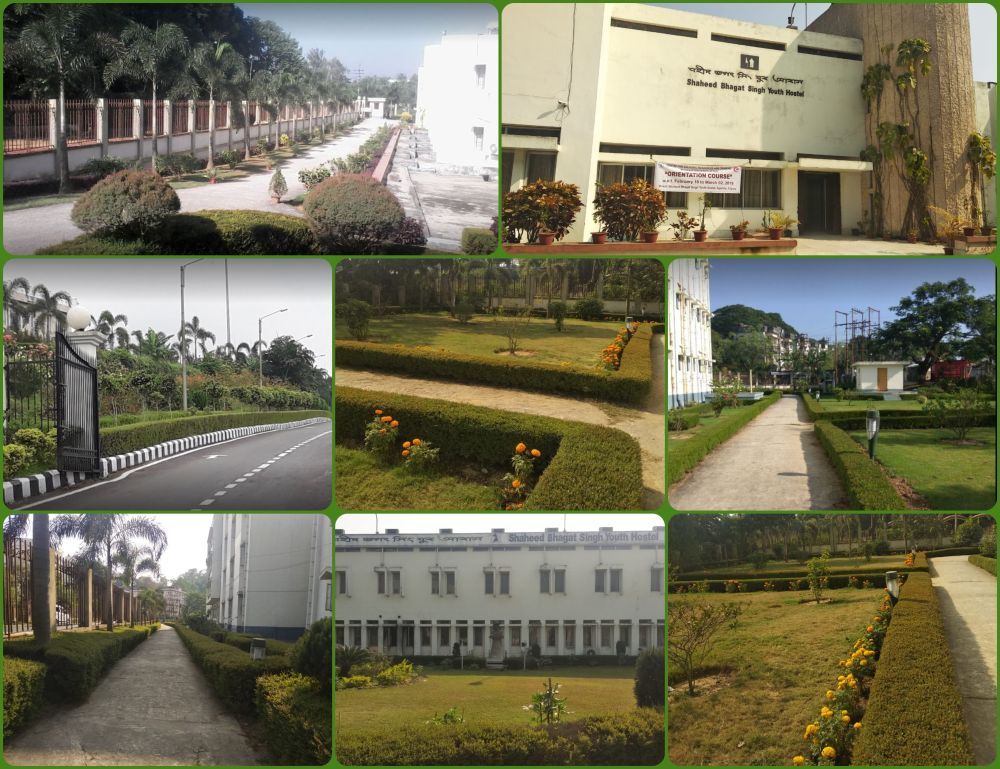 Some glimpses of the environment around the venue! | Photo: Rajdeep Das 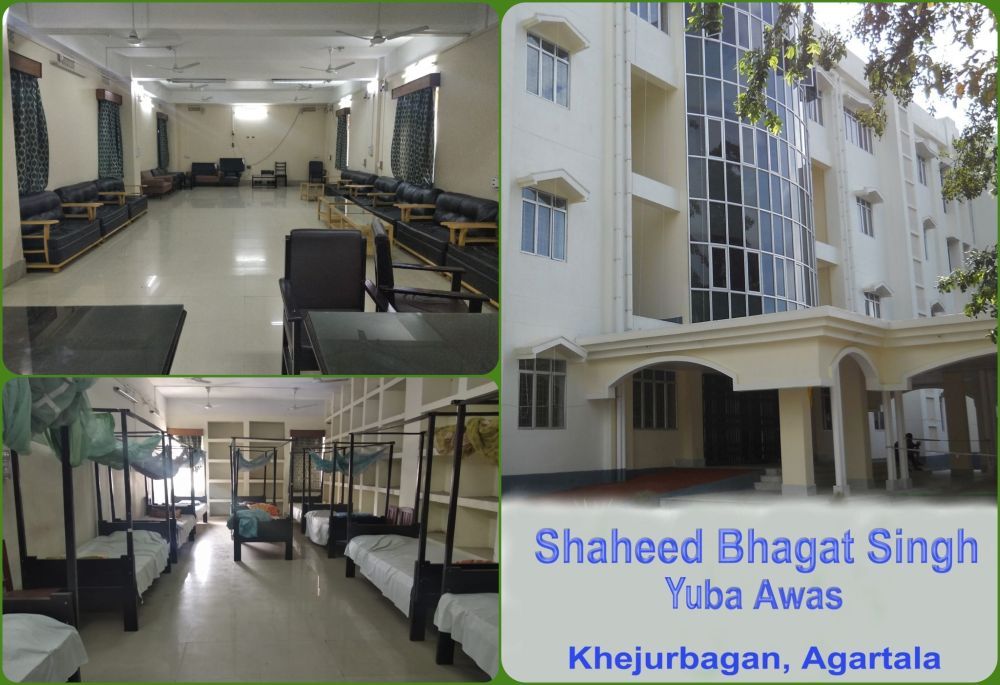 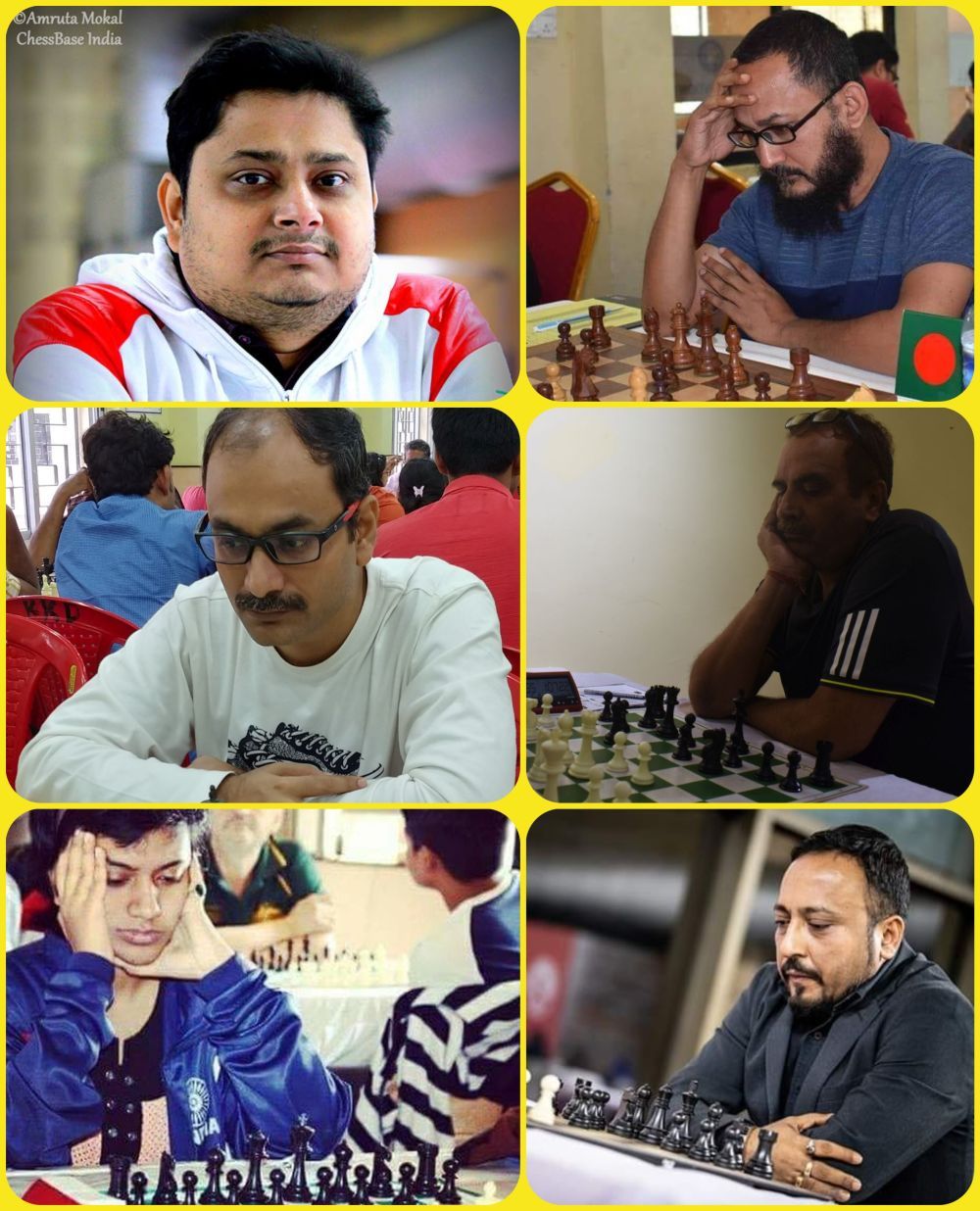 The tournament has already crossed over 100 entries, but chess-results list of players has not been updated yet. We post it here for you to have a look:

Tripura has an excellent rail and road connectivity. Except for Assam, most other North-Eastern states practically have no rail connectivity excluding some border towns. Tripura used to be the same but in recent years, the Indian Railways have made rapid progress to connect all major towns of the state and also to connect the state to the rest of India. Now they even have a Rajdhani Express to Agartala! Lets take a quick look at where one can check in: 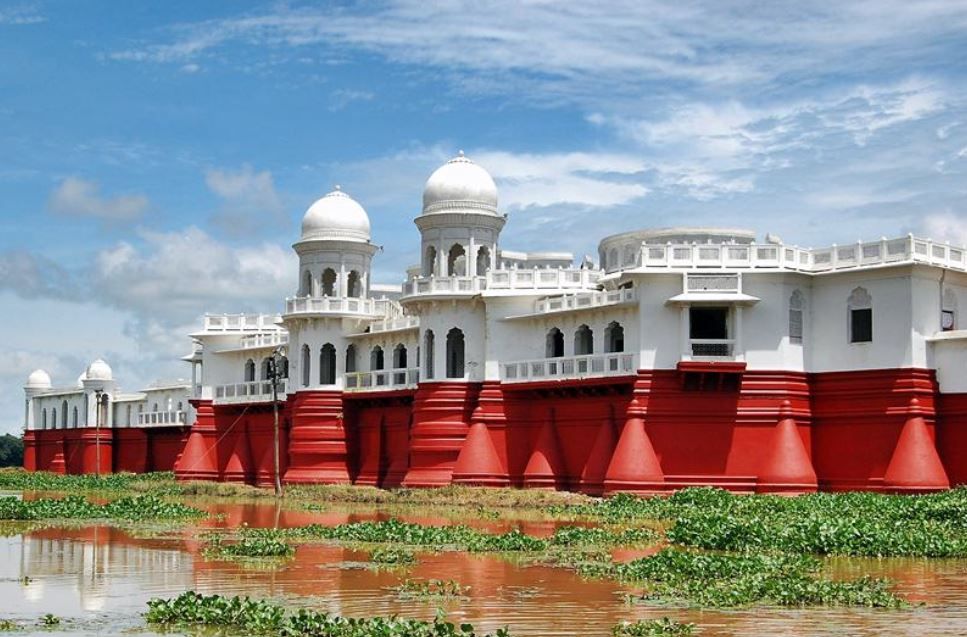 The beautiful royal palace "Neermahal (Water Palace)" situated in the middle of the Rudrasagar LakePhoto: CADENCE

What is unique about this palace? Well it is the largest of its kind in India and the only one in Eastern India. There are only two water palace in India another one is the Jal Mahal in Rajasthan. It took 9 years to complete this masterpiece and you can add it in your bucket list of must visit historic places. At Rudrasagar Lake you have to pay Rs.30/- per head for the boat and the boat will take you to Neermahal. 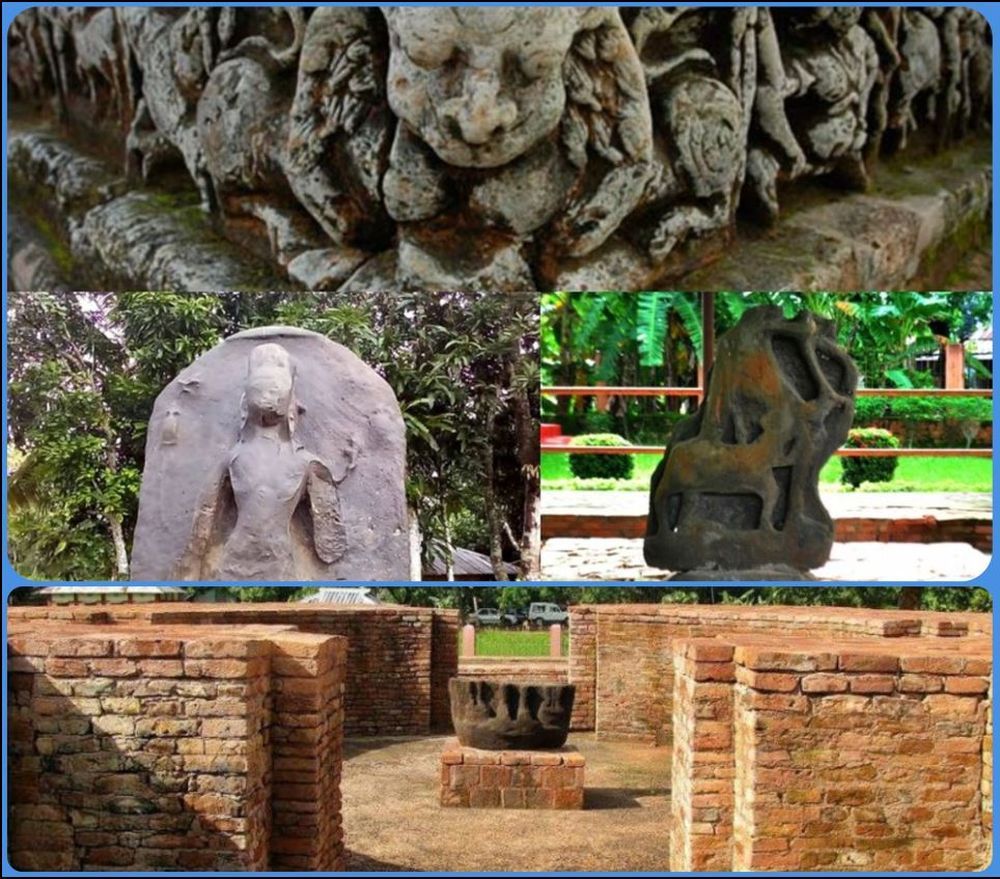 Pilak is an archaeological site in Tripura, the remains which are found here are dated back to 8th century AD. | Photo: TRAVELO

Nestled in the lush green valley dotted with paddy-fields, sparse human habitation and occasional uplands, Pilak in South Tripura's Belonia subdivision is famous tourist destination. holds the key to Tripura's ancient history. Pilak in Tripura is a place of attraction for its archaeological remains of 8th & 9th centuries AD. 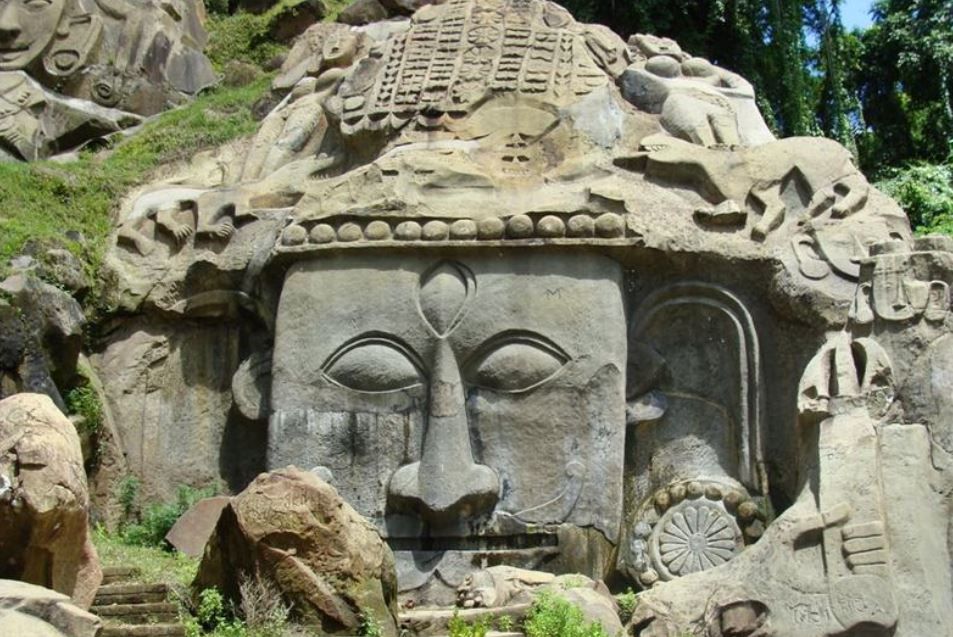 Unakoti hill is one of the most spectacular heritage sites in South Asia. | Photo: ABHIJNA

If you are a person who likes exploring ancient connections and uncharted terrain, pack your bags and head to Unakoti. Nestled amidst the thick forested Jampui Hills of north Tripura this is a must visit place. Also known as the ‘Lost Hill of Faces’ Unakoti is a centuries-old Shaivite pilgrimage spot, unlike anything you’ll find in India. In fact, mesmerized travel bloggers have often called this hidden gem India’s version of Macchu Picchu. There is a story in the wiki page about it which I would like to share here and it goes like as per Hindu theological traditions, when Lord Shiva was going to Kashi along with one crore gods and goddesses including him, he made a night halt at this location. He asked all the gods and goddesses to wake up before sun rise and proceed for Kashi. It is said that in the morning, except Shiva himself, no one else could get up so set out for Kashi himself cursing the others to become stone images. As a result, we have one less than a crore stone images and carvings at Unakoti. These carvings are located at a landscaped forest area with green vegetation all around.

And there is a huge list of places which follows, you can research about them as a homework if you are planning to visit this amazing destination. So if you are looking for a short vacation and also want to play a chess tournament towards the last week of March 2019, then the Tripura Open is the tournament for you!

If you would like to make your travel arrangements via ChessBase India Power, you can use the contact details given below:


Download the circular for Tripura open from ChessBase India calendar