Tata Steel has brought one of the most significant tournament in India last year, thanks Gameplan Sports Director Jeet Banerjee for taking the initiative. This year they took it the next level by making it part of the Grand Chess Tour and having the World Champion Magnus Carlsen participate in this event too. When things go in the right direction, everything goes well, now two reigning World Champion will play this event as the newly crowned Fischer Random Official World Champion Wesley So will also be seen in action for the first time in the same tournament as Carlsen after winning the title in Norway a few days ago. A custom made trophy was unveiled at the Press Conference | Photo: Shahid Ahmed

Tata Steel Chess Rapid and Blitz 2018 was the first the major international event of this magnitude in Kolkata last year. It had a nail-biter finish which was won by the nation's favorite Vishy Anand in the blitz section. Everyone including me eagerly waited for the announcement of next event. Once it was confirmed and official announcement was made that Tata Steel Chess India is now part of Grand Chess Tour, the excitement increased exponentially for all chess lovers and enthusiasts. 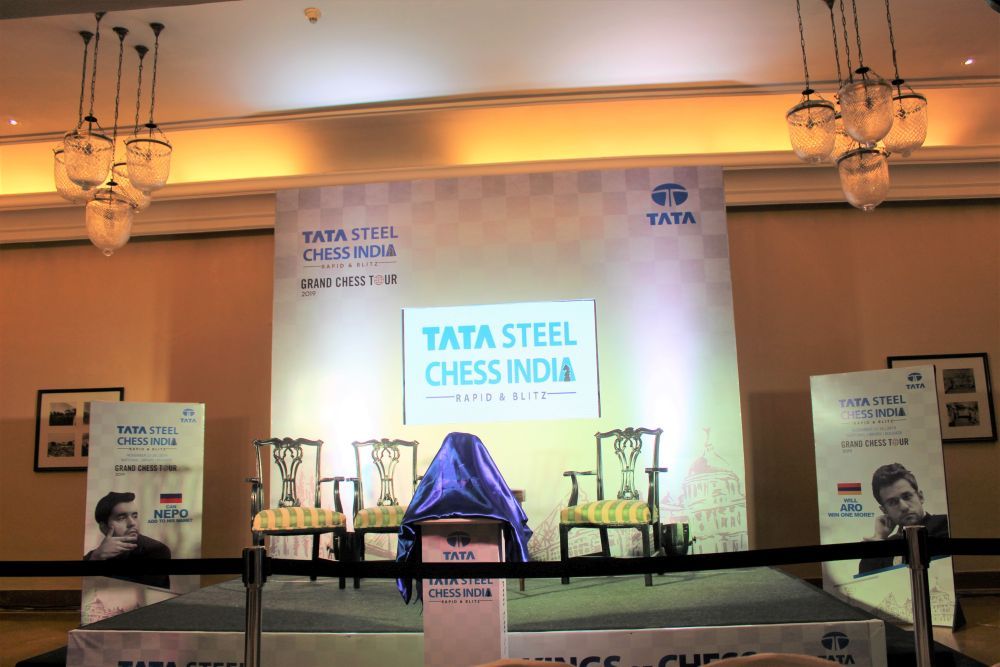 Can you guess what is veiled with blue velvet? | Photo: Shahid Ahmed

I was the first to reach the venue of the Press Conference at the 'Gharana' of The Oberoi Grand, Kolkata. My eyes went to the stage and I made calculated guess about what it could be, but the only thing I could do is to suppress my curiosity and wait patiently. 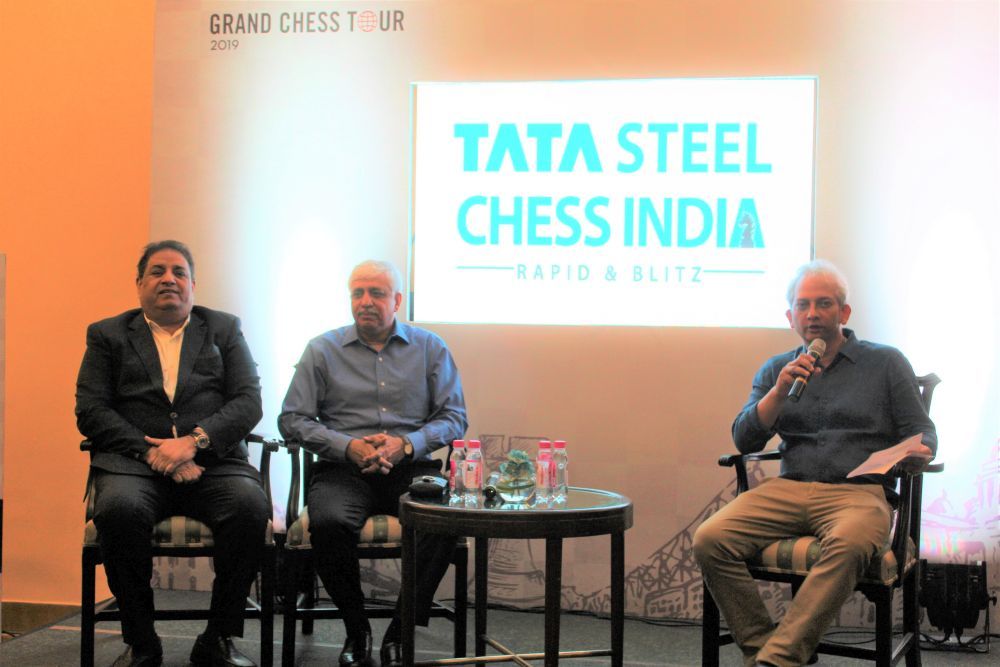 The dais was graced by Bharat Singh Chauhan, AICF Secretary, Chanakya Chaudhary, Vice President of Tata Steel Corporate Services and Jeet Banerjee, Director of Gameplan Sports. They all shared their voice of the sport and how things have transpired in the Indian chess scene. Then came the surprise, two short video clips were shown. First it was an overview of last year's event

And then came the surprise of Nakamura, Anand and Carlsen's message for the tournament.

Then came the moment of the trophy unveil and it was revealed that the champion's trophy is made of bronze and it weighs a massive 6 kg. It was specifically designed for this tournament by an artist. 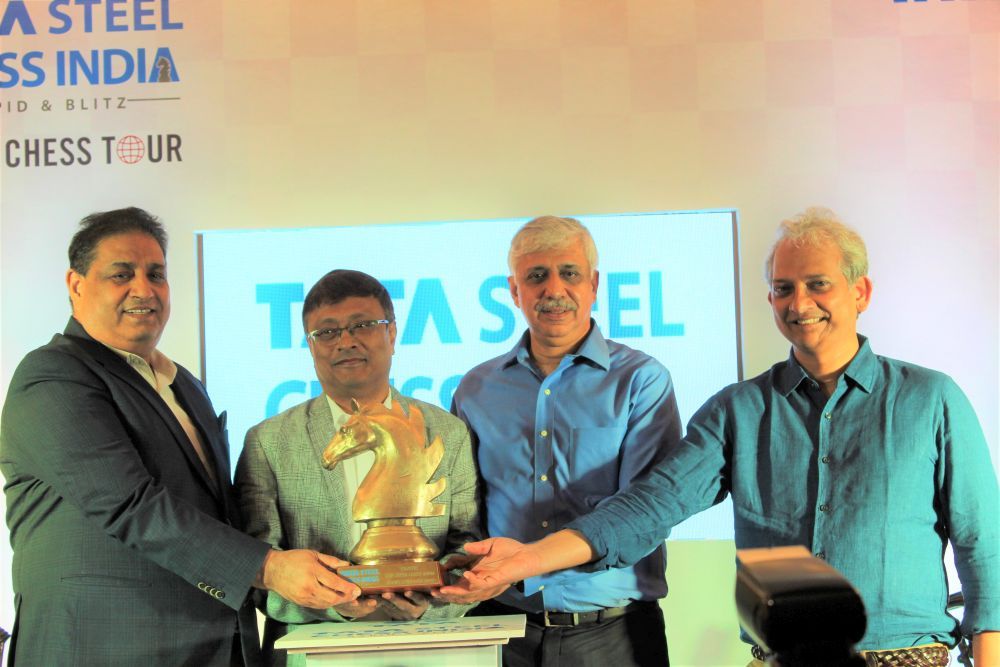 The beautiful trophy is the logo of the tournament - A shining knight | Photo: Shahid Ahmed

Here is the highlights of the Press Conference

It was also revealed that Board of Control for Cricket in India (BCCI) has invited Vishy Anand to ring the ceremonial bell to mark the beginning of India-Bangladesh Test match which starts on 22nd November at Eden Gardens. It will be the first ever day-night test cricket match both teams will play.

Do you think the newly appointed BCCI President Sourav Ganguly will be there at the Grand Chess Tour event too? Let us know your voice.

Gameplan is the official sponsorship and branding partner of the entire Grand Chess Tour 2019.

Tickets for the event