Someone once said that there is a flight which is taking Indian players to various events all across the globe. Covid-19 pandemic might have put brakes on that plan for a little over a year but as the world is slowly recovering back to normalcy, Indian players have started travelling to play Open events in Serbia. A total of eleven Indian players are taking part in this event. Nihal Sarin is warming up before his campaign begins at the FIDE World Cup next month. Both Nihal and Raunak made a winning start in the first round. Round 2 starts today at 12:30 p.m. IST. Photo: Rupali Mullick

Abhimanyu Puranik was held to a draw

Indian players are off to a fantastic start. Both Nihal Sarin and Raunak Sadhwani won their respective games comfortably with a sharp play. Abhimanyu Puranik was held to a draw by CM Caputcuoglu Zeki Berke. IMs Harshit Raja and Raahil Mullick also started with a win each. 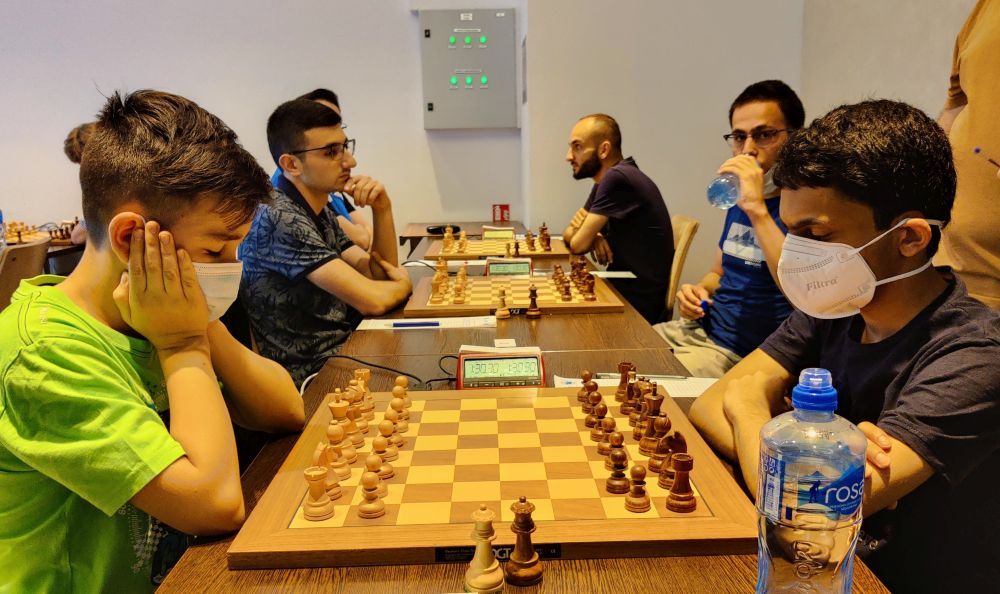 Nihal started the tournament with a brilliant display of attack, although his opponent had an opportunity to defend, but it is not easy to calculate everything accurately during a tournament. 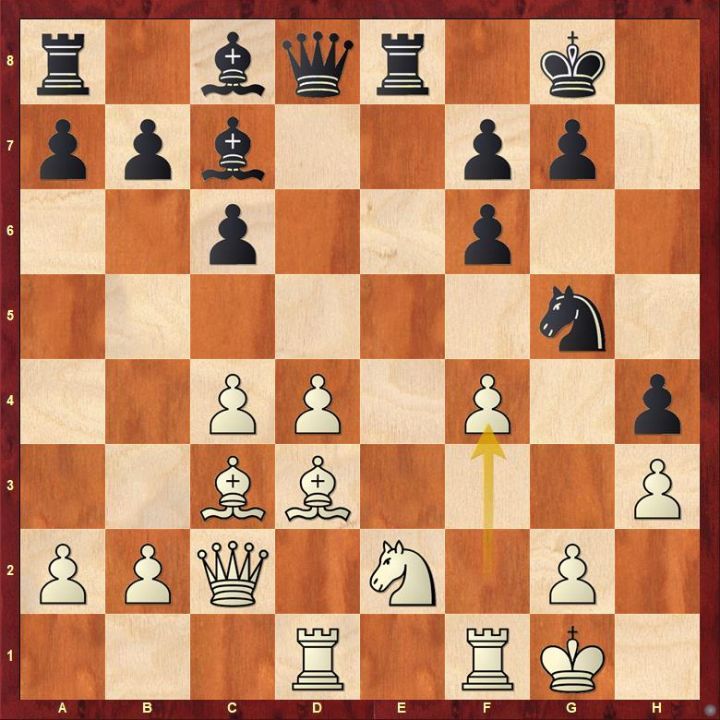 Put yourself in Nihal's shoes and think what should Black do here. 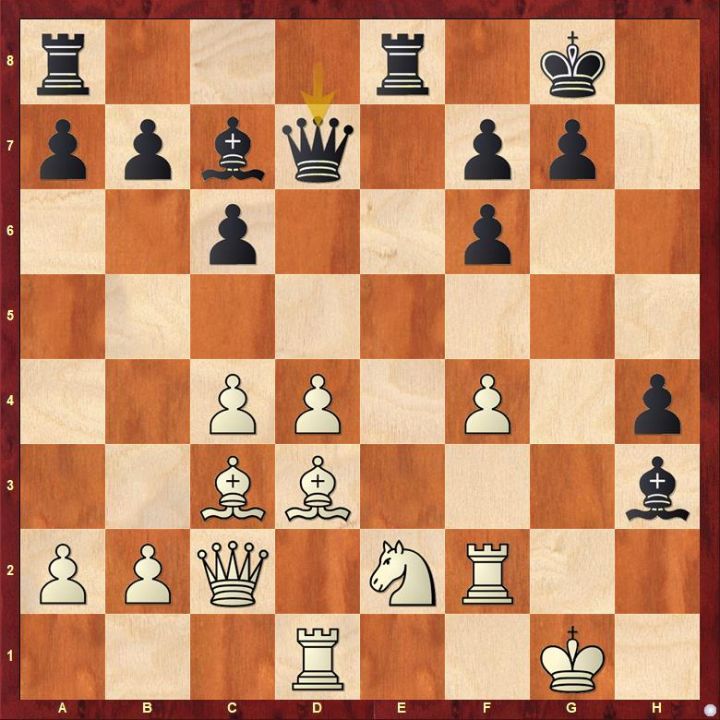 Black is obviously threatening Qg4, Re3 and make things difficult for White. How should White defend here? Kanov was unable to find the correct defence and things slowly went out of his control.

GM Abhimanyu Puranik was held to a solid draw by CM Caputcuoglu Zeki Berke. However Berke had an opportunity to wreck the kingside. 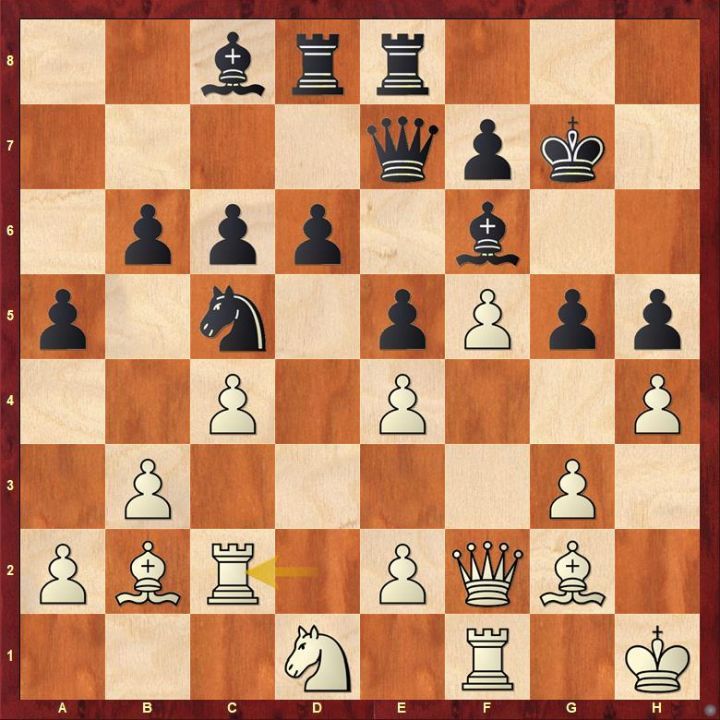 Black could have played 28...gxh4 29.gxh4 Bxh4. This makes both kings volatile but the resultant position is slightly better for Black. This was the sole opportunity Black had, eventually the game ended up in a draw. 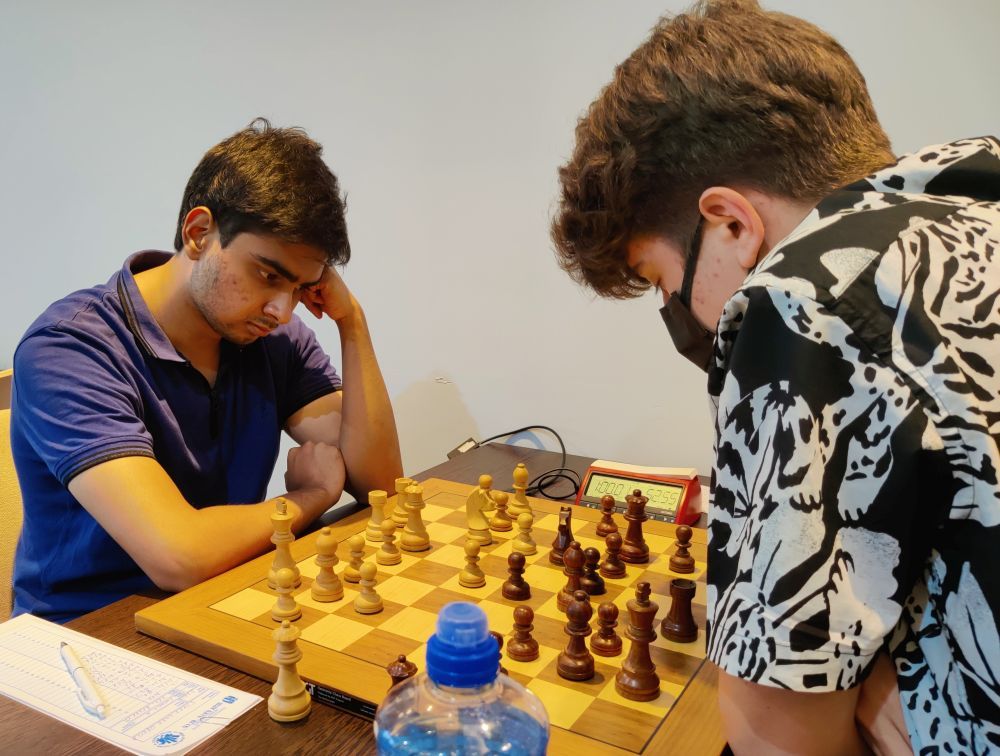 Raunak seized every opportunity he was presented by his opponent FM Mihailo Djokic. 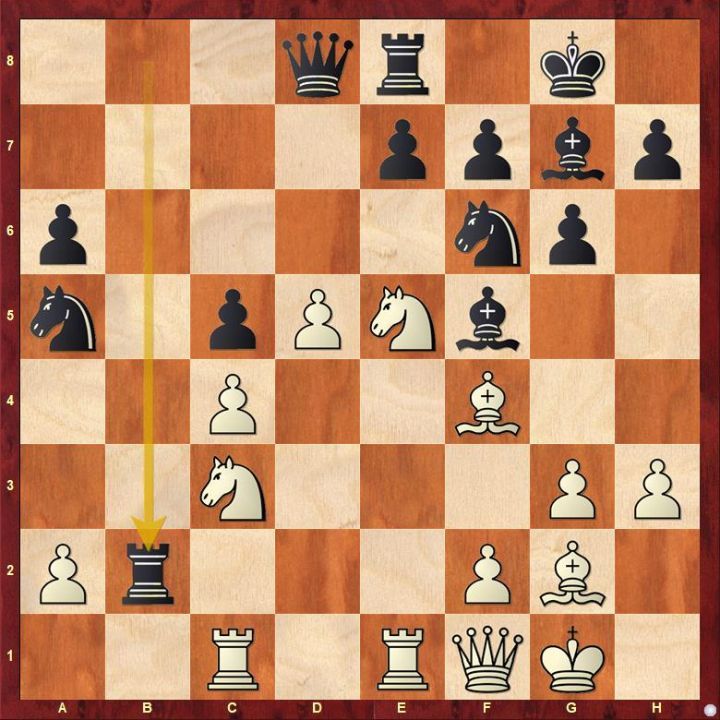 21...Rb2 is a big mistake for Black. Find out why. Raunak converted his advantage with ease and won the game. 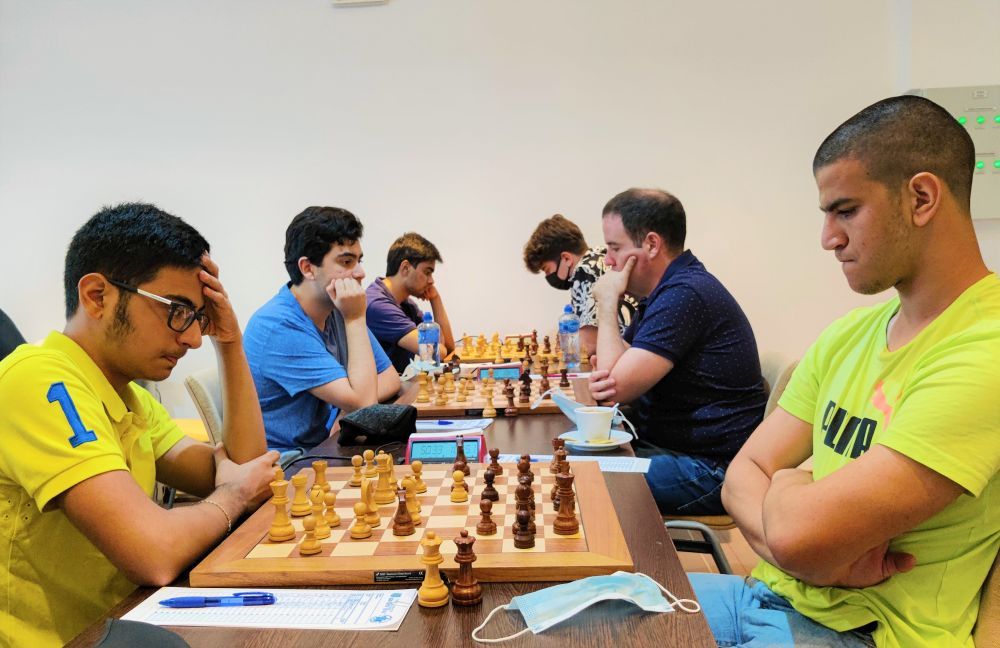 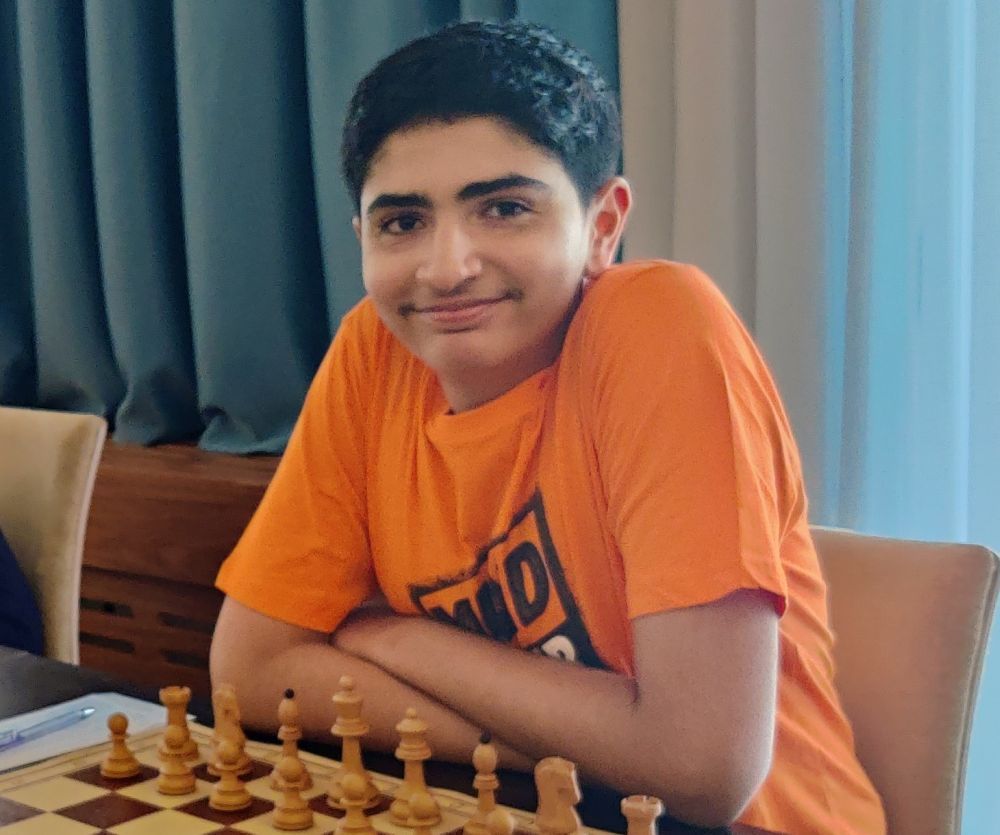