After 4 rounds of riveting action, we finally have a sole leader! Magnus Carlsen won his 4th match in a row, this time doing a hat-trick of wins on Boris Gelfand, while overnight co-leader Peter Svidler lost narrowly to Ding Liren, giving the Chinese No.1 his 1st match win of the event! Anish Giri won on time against Vishy Anand in the Armageddon despite having Black(!), but the latter finally got off the mark. Nepo beat Ivanchuk in the final game of their match to climb up to sole second behind Carlsen.Vladimir Kramnik continues to stun one and all with his extraordinary play, this time taking down old foe Peter Leko with Black in game 4, and is now in 4th place. With 5 rounds to go, everything is still up for grabs as the tournament approaches the halfway phase. Tanmay Srinath brings forth a comprehensive report.

The Legends of Chess tournament will soon approach the half way mark, and if anything the games are getting more and more interesting! Magnus Carlsen recovered from a very difficult match yesterday to beat the in-form Gelfand 3-0, with a win against his pet Sveshnikov as well. Vishy Anand's struggles continue, as the Indian Legend is yet to win a game, but this time he atleast got to the Armageddon stage, which means he is off the mark and hopefully still stands a chance of making the final 4. Ding Liren got in a very important match win, and Vladimir Kramnik makes us wonder why he retired, as his play is still super strong!

Magnus has a good score against Boris, and that might have influenced how the match went for both sides. | Photo Oli Graff

Definitely the highlight of the round. Magnus Carlsen obviously draws attention wherever he goes and whoever he plays, but this time it would be an intriguing clash, as Boris Gelfand has played fascinating chess in this tournament. However, Magnus showed one and all why he might be the greatest of all time, by easily dismantling Gelfand's game 3 times in a row! Let's take a look:

Game 1 saw Carlsen facing his beloved Sveshnikov. The direction he chose should give a good hint of what he feels is critical - the Modern Main Line with 7.Nd5 while following Caruana-Carlsen from the 2nd game of the 2018 tiebreakers. The turning point came on move 18: 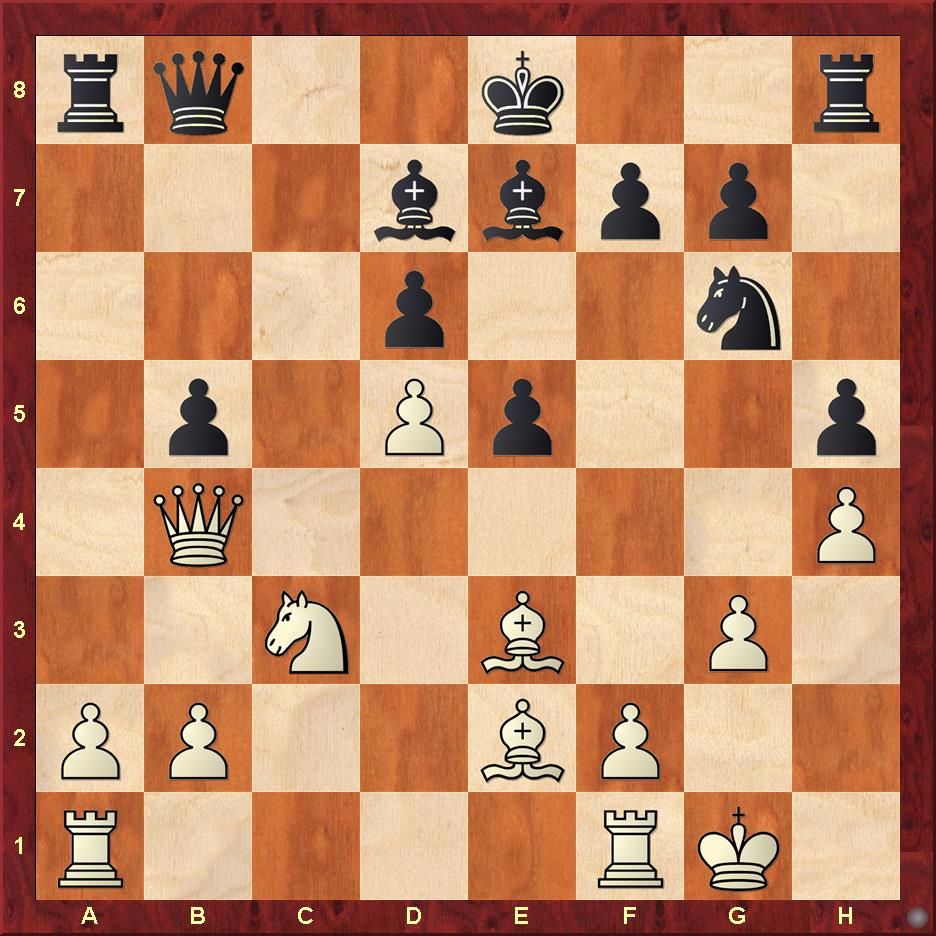 Gelfand tried a new 13th move (13...b6), and so far it has worked to perfection - he has got a very nice position. Here he started to go wrong, presumably out of preparation - instead of his move 18...0-0?!, which just loses a pawn for zero compensation after 19.Bxh5!. Instead, the dynamic 18...f5! had to be played, giving up the b5 pawn on the queenside, but getting a furious kingside attack.

Since the Sveshnikov is a theoretical important opening, I decided to go a little deep in my analysis of this idea. I present my findings here:

First of all I decided to limit my analysis to the 3 best lines, as basically these are the only ones that fight for an advantage without losing objectivity. Secondly, I go really deep, sometimes into a drawn endgame, only for the sake of absolute clarity. To reach such an endgame White sometimes has to play 5 to 6 only moves in a row and several other good moves, and it is highly unlikely that your over the board opponents can play like this, including Magnus Carlsen. Black's play is much simpler as he has the initiative, so my idea is both objectively sound and practically very dangerous. With this background, my following analysis should be easier to understand.

The first idea which I tried to make work for White is the greedy engine method of grabbing queenside pawns and trying to queen. So I first decided to check the following sequence - 19.a3!? ( To prepare b4 and ask Black to commit to some sort of plan - the alternatives can be found in the analysis) Qd8! (Black wants to go for it on the kingside, the most important side of the board. Here there is a small split: 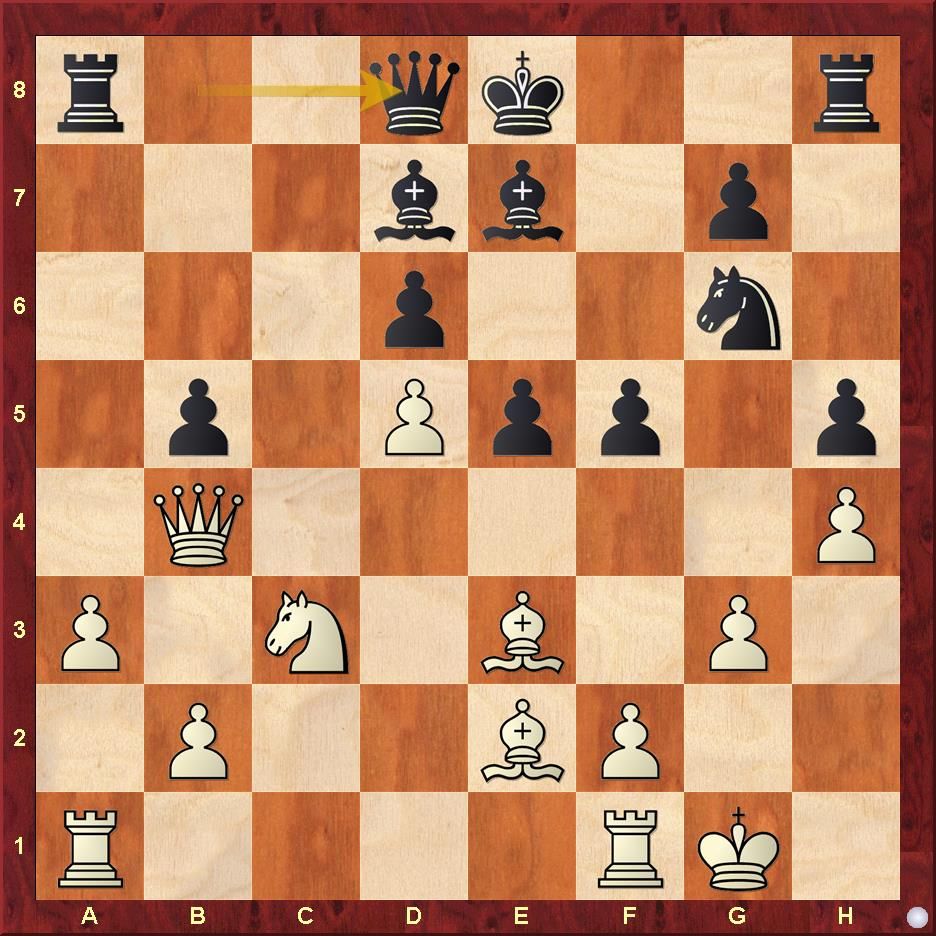 A)20.Bd2!? is an interesting prophylactic move, anticipating f4 and not allowing it to come with tempo. However, this plan seems a little slow. Black just castles, and after 20...0-0 21.Bxh5, which I feel is the only logical plan White has, Black has the stunning piece sacrifice Nxh4!! 22.gxh4 Rc8!: Black is doing very well in the complications.

The following diagram is where  I chose to end my analysis: 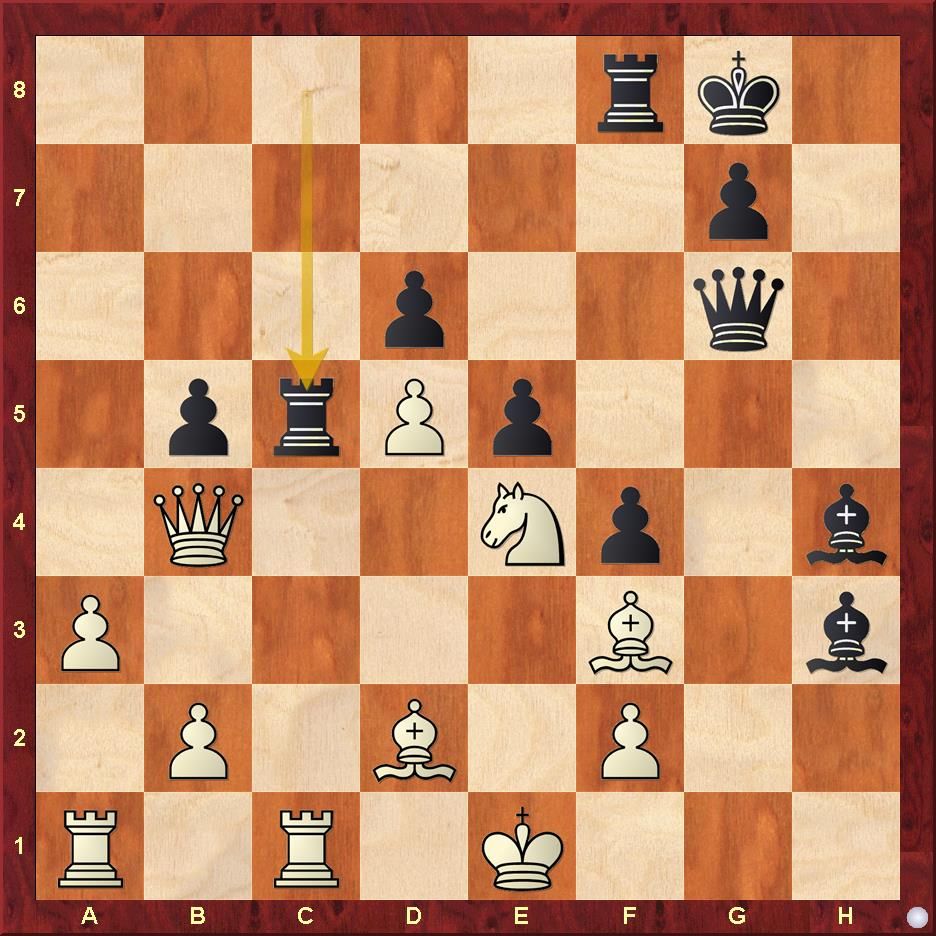 Black has the easier game according to me - it is very easy to use the initiative but difficult to fight against it. 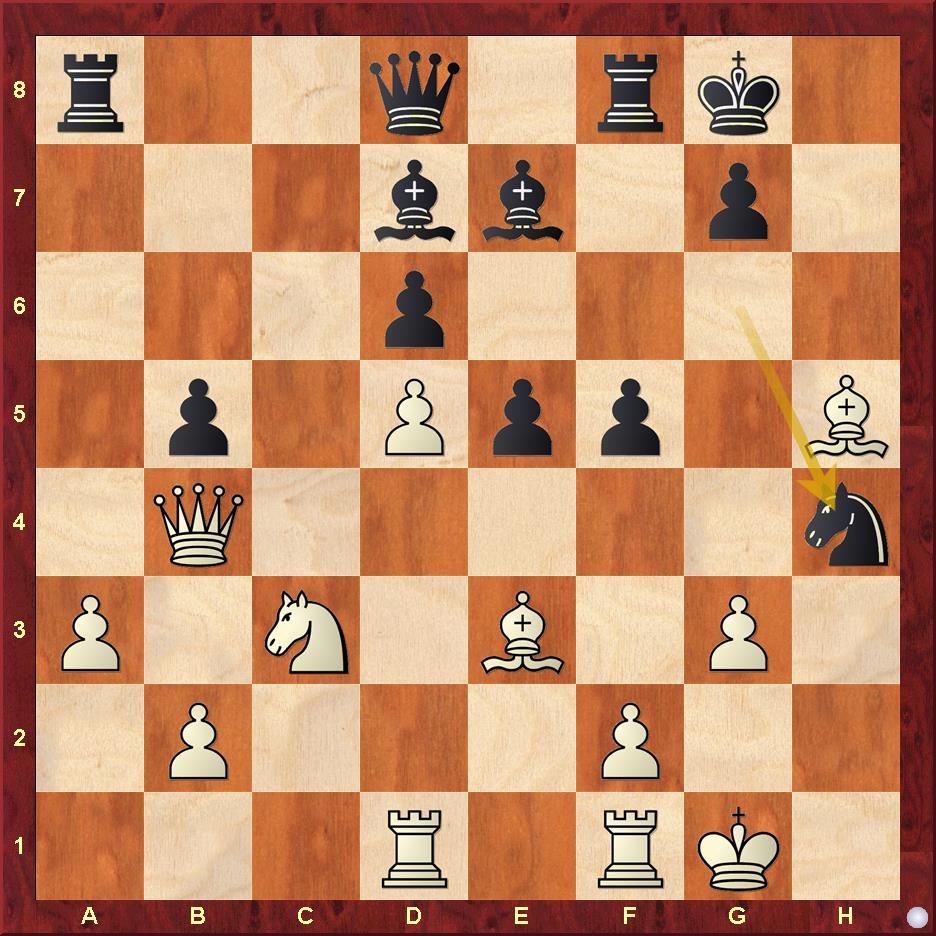 White has to be precise here - 22.f4! is the only move to maintain equilibrium, as 22.gxh4? f4! is close to lost for him. The following position is reached after a best move sequence: 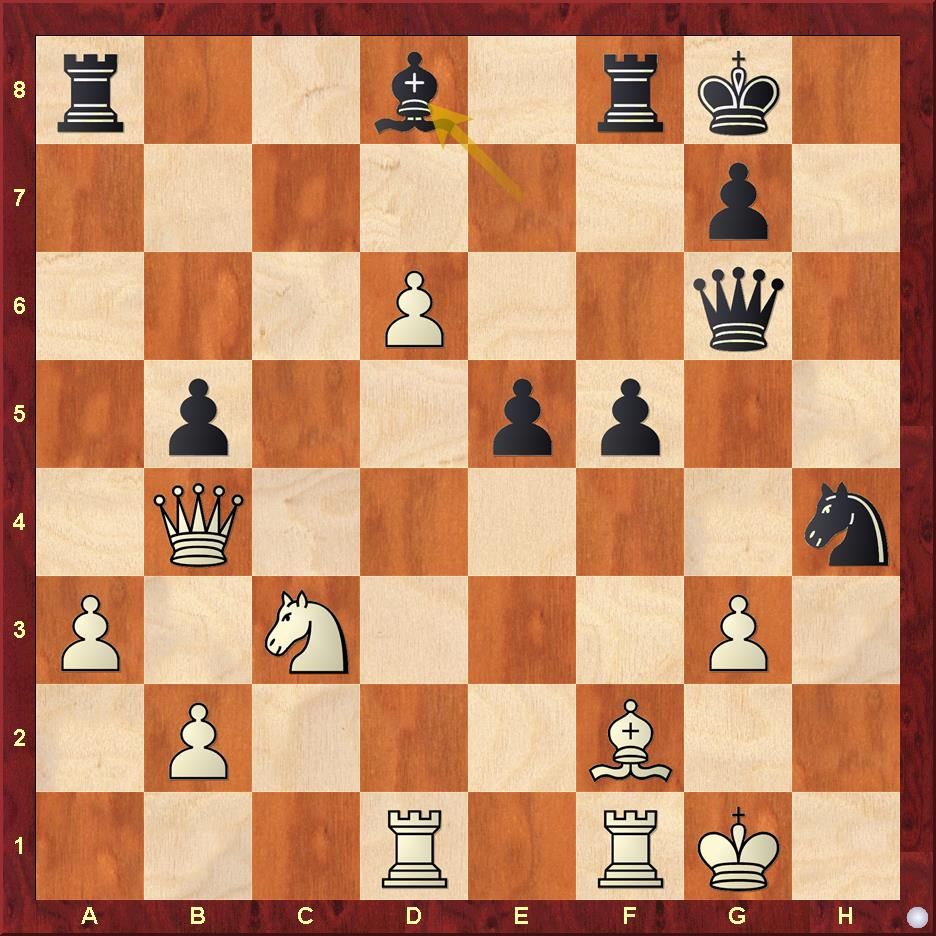 The d6 pawn is dangerous, but the White king is dangerously short on cover. I prefer Black here, though objectively the position is equal.

C)20.Nxb5!(critical, White grabs the material) 0-0! (Black ignores the queenside and focuses on the White king) and now we have a further split: 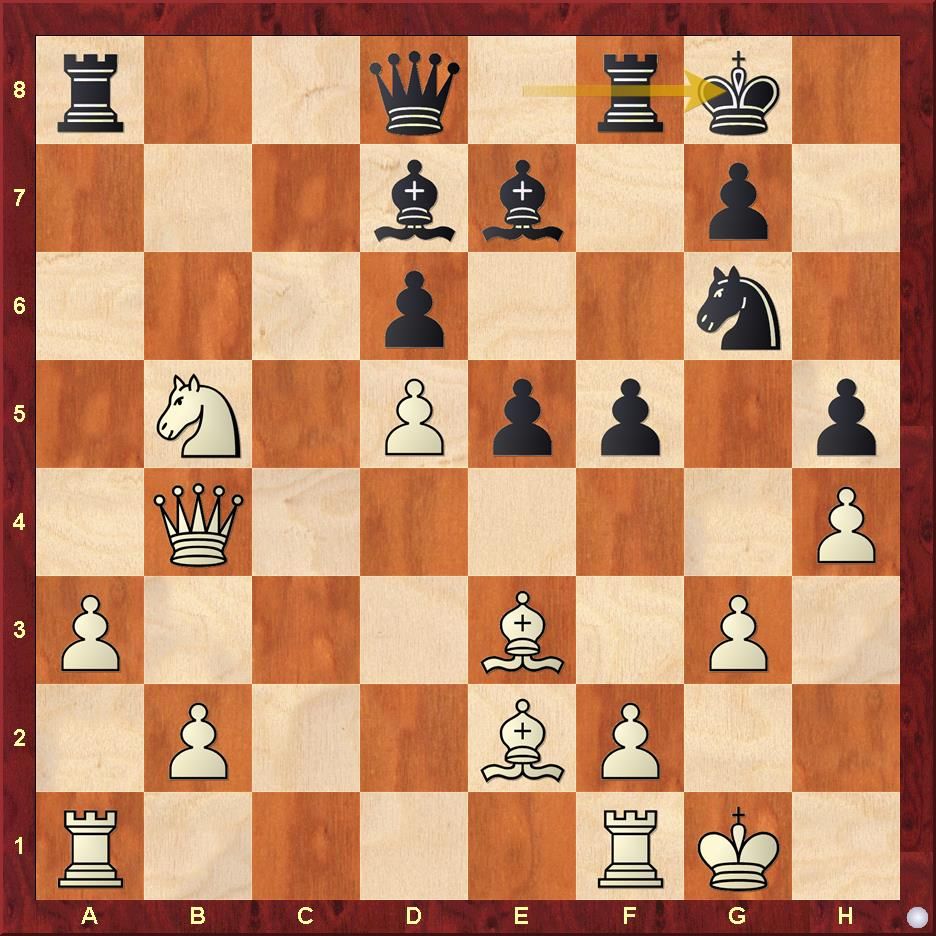 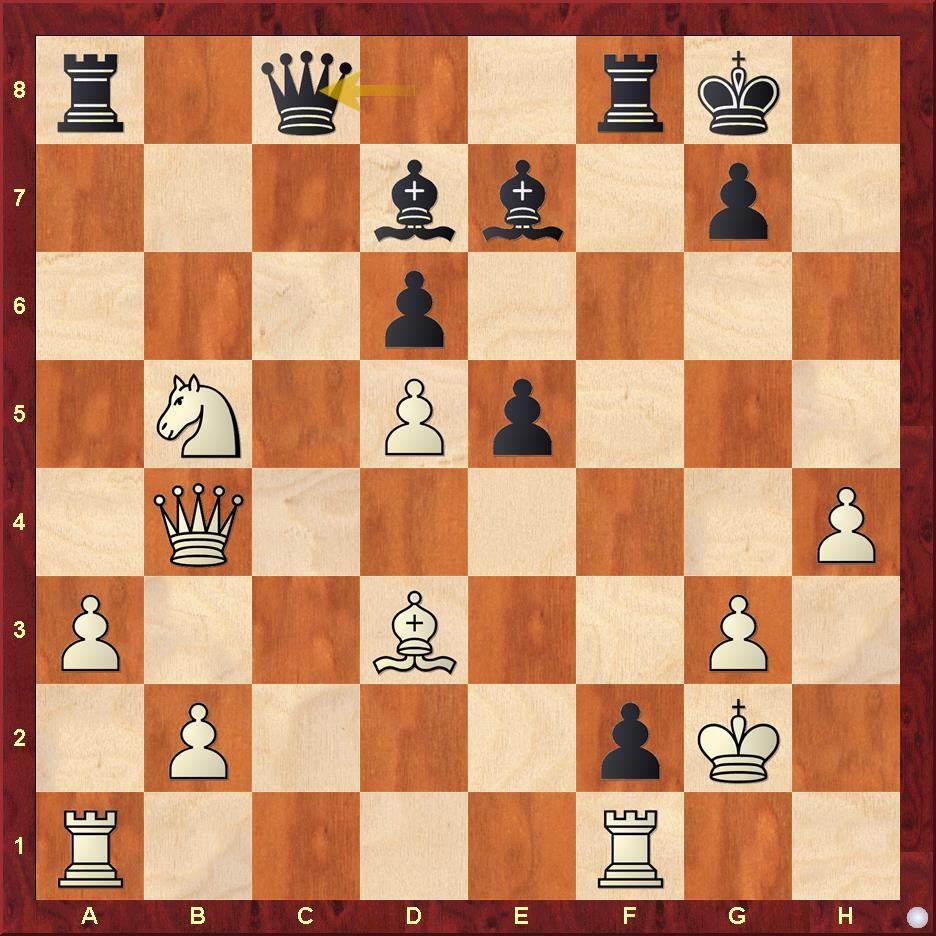 White might win in the material count, but his king is (typically) completely exposed, and black ends up winning some material back. For example, this is the position I reached after a series of good moves from both sides: 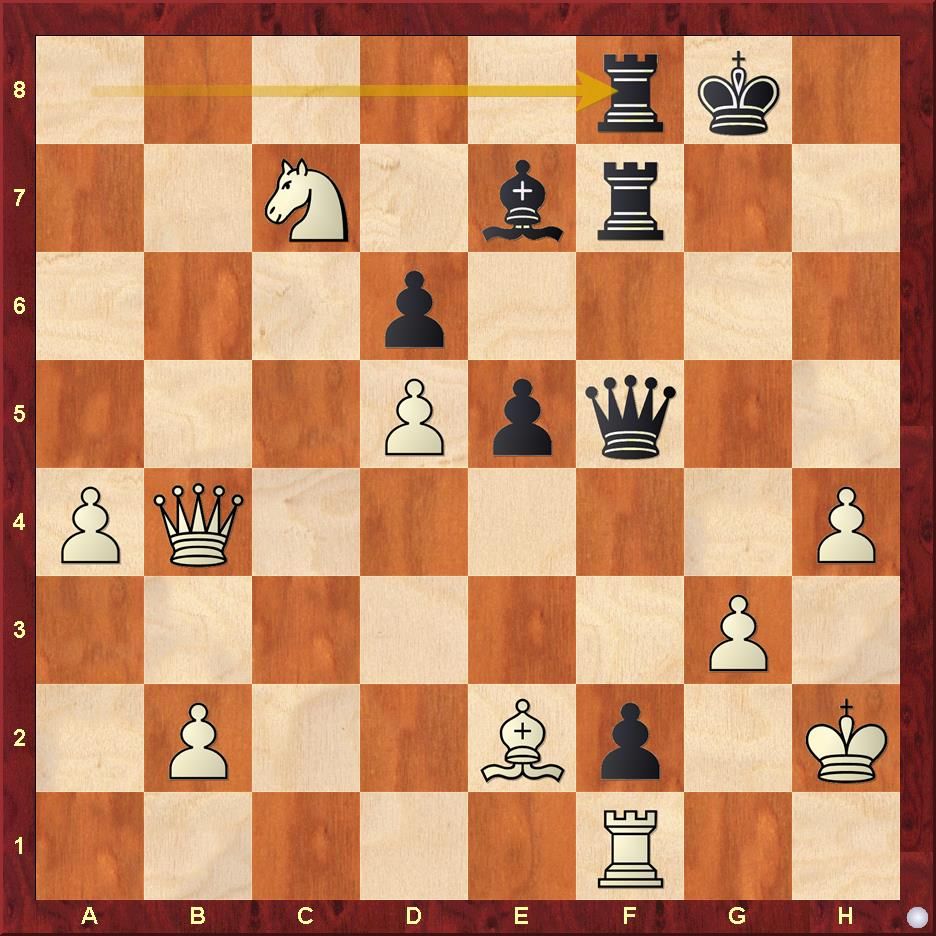 White has two pawns for the exchange, and two sets of connected passers, but for now it is the middlegame, and the f2 pawn is a monster of monsters! The position is dynamically balanced, though I prefer Black. 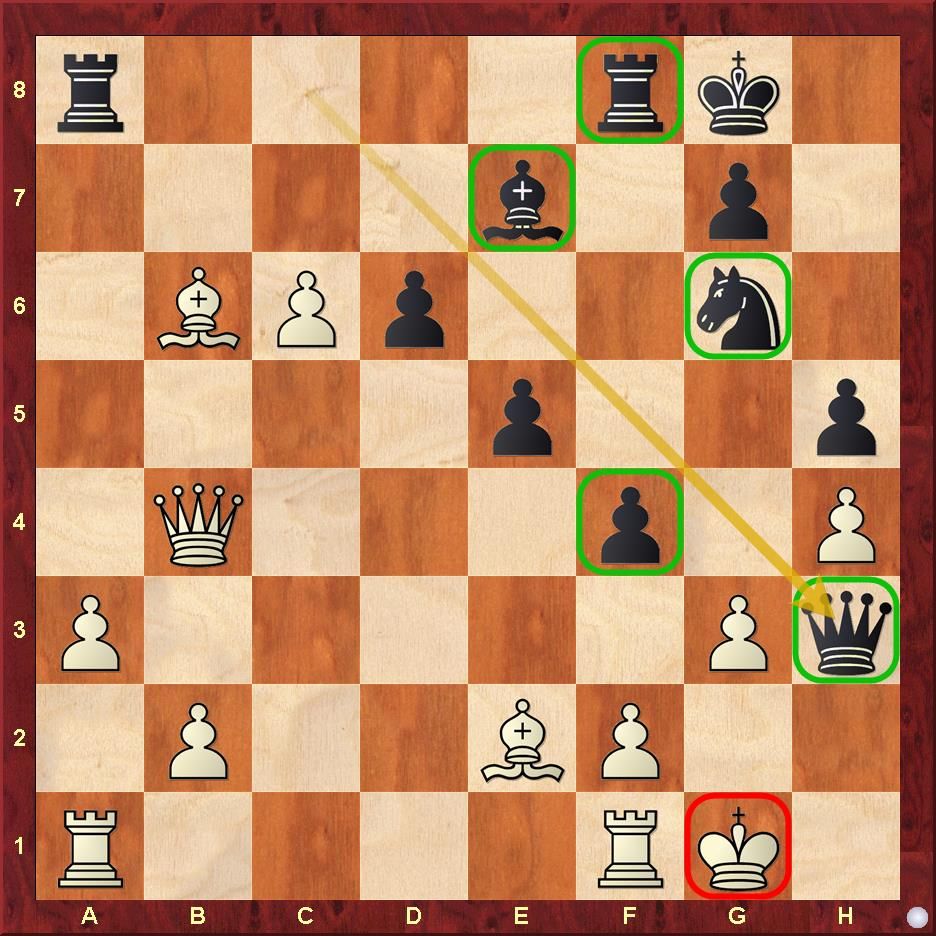 Black has a very dangerous kingside initiative. White has to be very precise to hold on here. 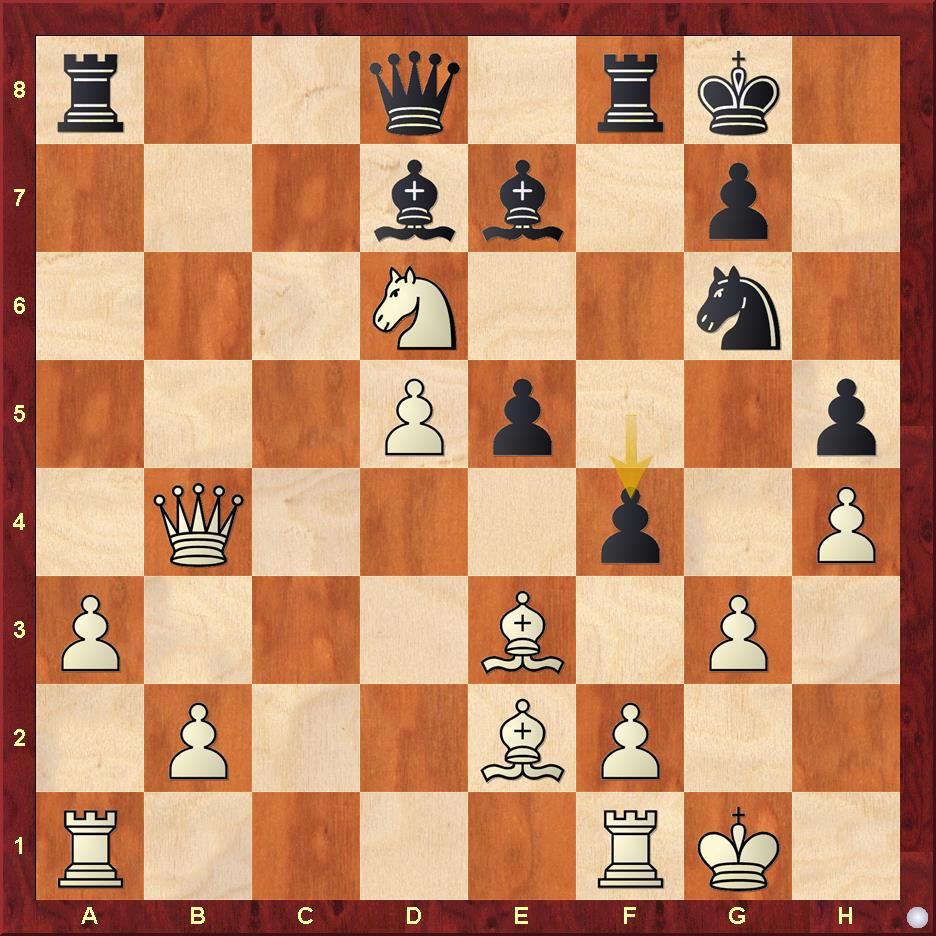 This is the critical line for the entire variation. The thickets of lines that I analysed here are better fit for a survey some might suppose, but it was to prove to both the readers and myself that Black is doing fine in the complications. I have gone beyond move 40 in the notes, but for the sake of images it is best to stop here - it is clear that Black is objectively completely fine.

Here is the analysis of the same:

Game 2 was just a blunder from Boris after an inspiring exchange sacrifice: Gelfand just had to indirectly defend the d4 pawn with 19.e5, and he has good play for the exchange. Instead, he resigned immediately following 19.Qf3?? Bxd4.

Game 3 however was a brilliant performance from the World Champion, after Gelfand went astray in the opening: 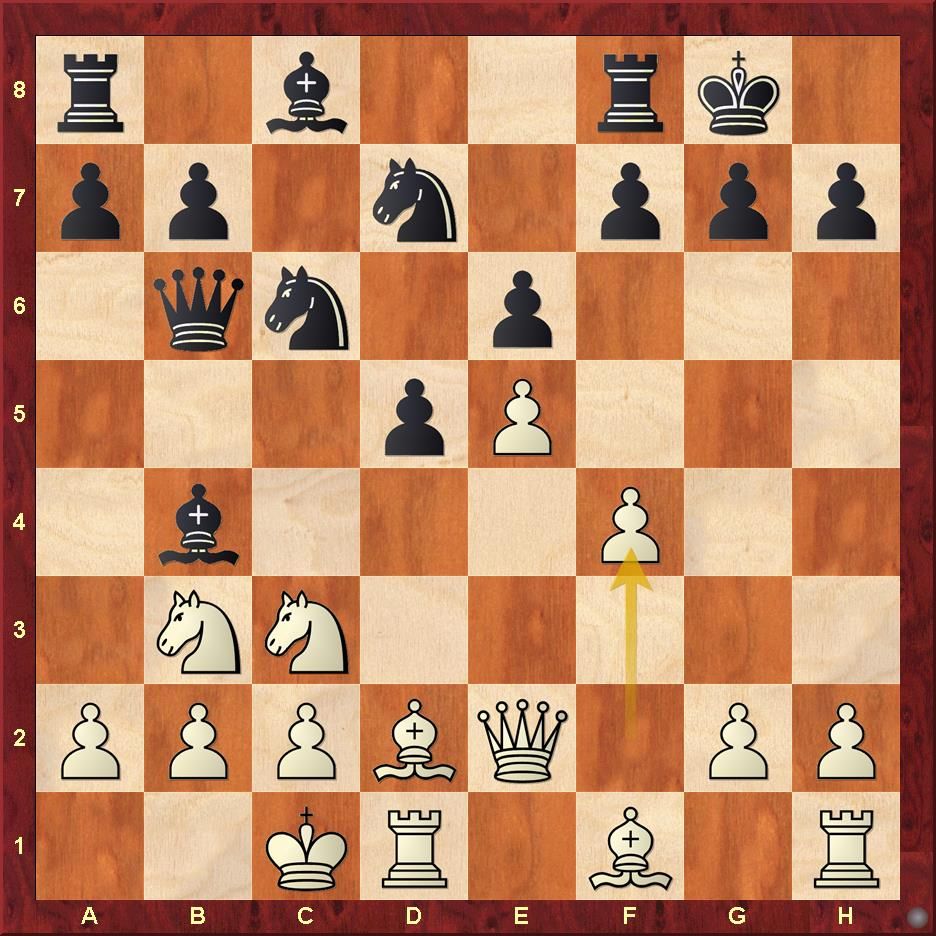 Despite coming out of a Sicilian, the position resembles a French Defense. Thus, serious consideration should be given to the dynamic break 11...f6!?, after which Black should have good chances to equalise. Instead, Gelfand chose 11...a6, which is not a bad move in itself, but allows White to get very one sided play on the kingside beginning with 12.Qh5!. Carlsen later won the game without too much fuss. 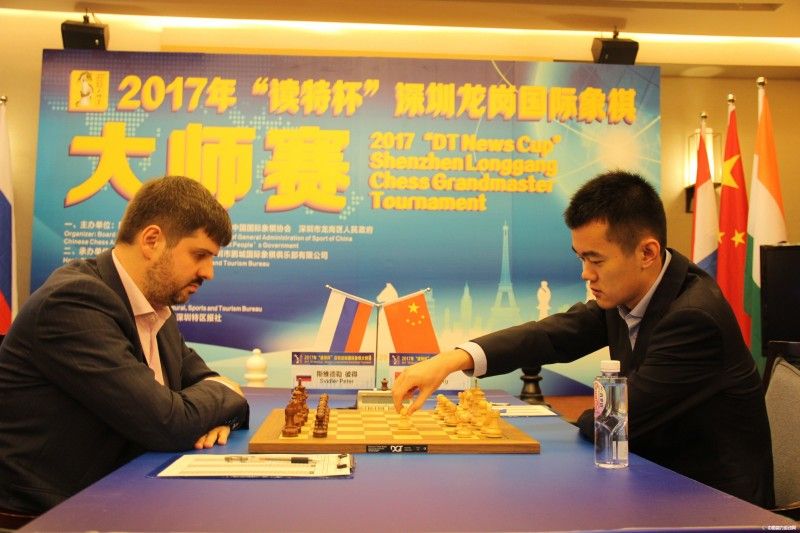 Is this the start of another unbeaten streak from Ding Liren? | Photo: Shenzehen 2017

If Peter Svidler does not win the group stage, he will regret his opening choices with black in this match. Twice he chose the Slav defense, despite being a Grunfeld expert, contradicting common advice that one should choose an opening one knows well for faster time controls. Results spoke for themselves, as despite starting with a win in his White game, he ended up losing both his Black games to lose the match.

Game 1 did go well for the Russian Legend, as Ding messed up the move order of an exchanging sequence: 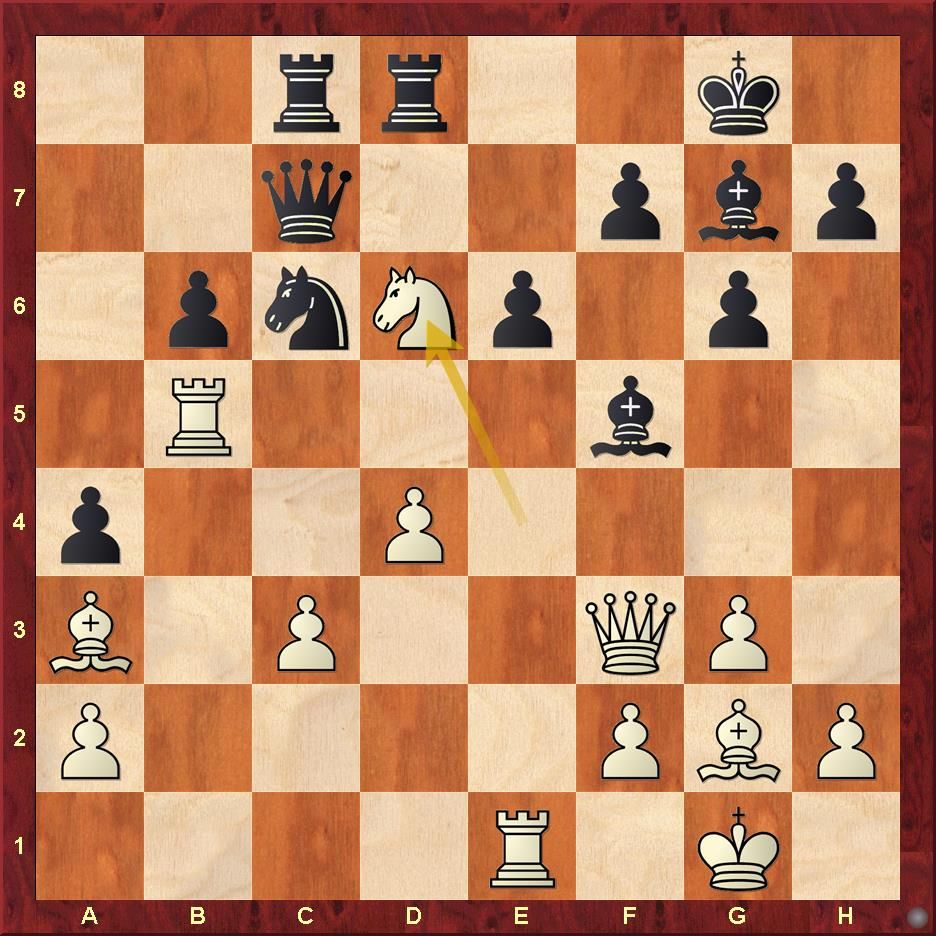 But the match was decided because of Svidler's poor play in his Black games: 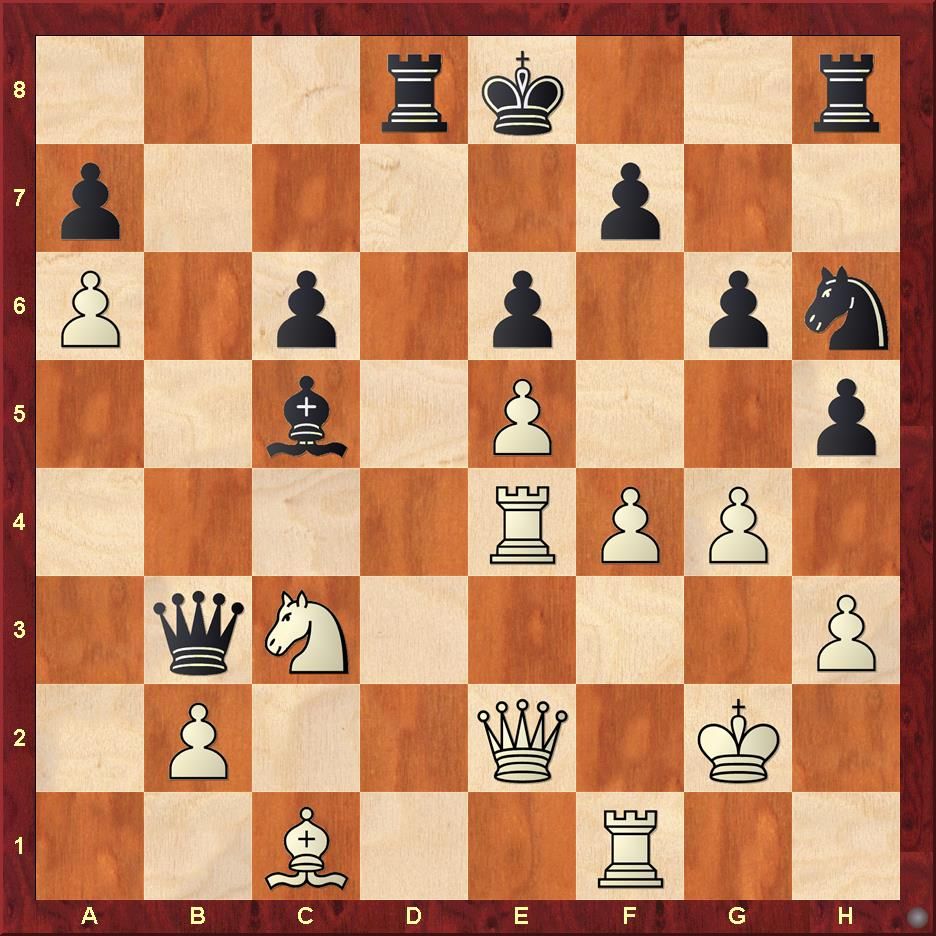 Svidler is a Grunfeld player, which means he is more used to counter-attacking than passive defense. Here 24...Bb6! was a must, to protect the rook on d8 and add protection to the dark squares around the king. Instead, after 24...Ke7? 25.f5! launched a decisive assault that culminated in a Black resignation just a few moves later. 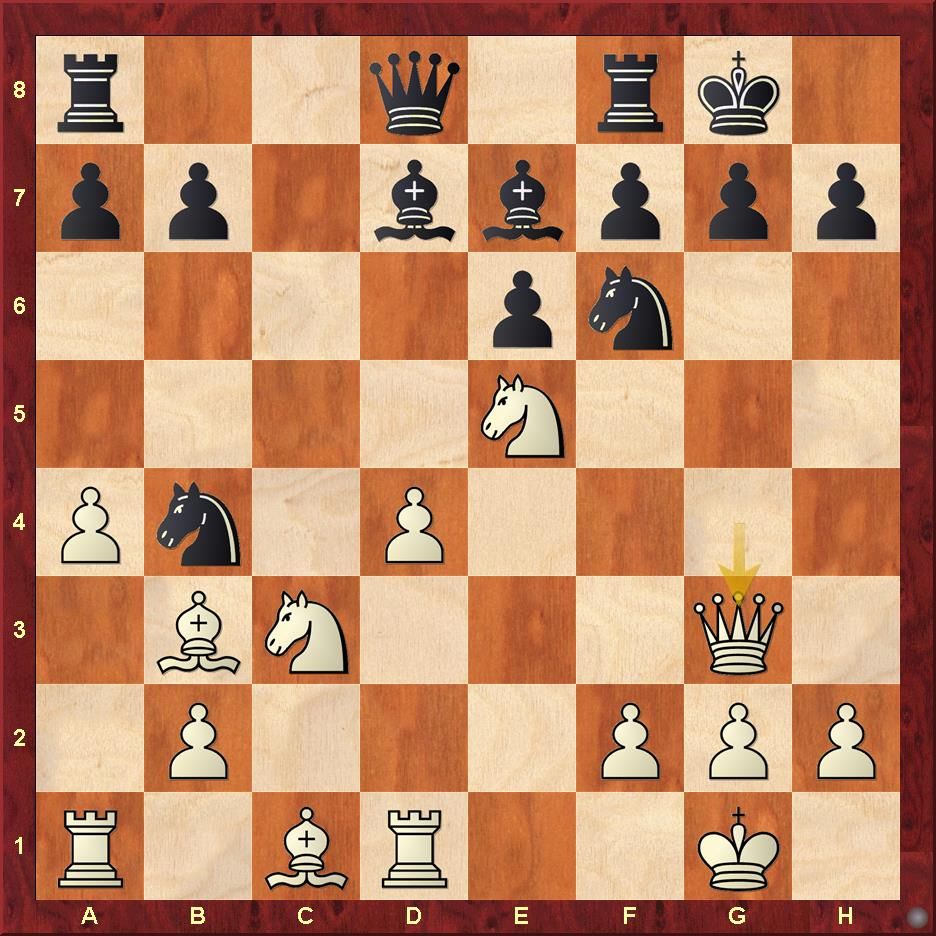 Again, Svidler is probably used to taking the White side of such positions, given his wonderful dynamic style. Here the only move to hold the balance seems to be 15...Be8!, which was played in a previous game as well. Instead, after 15...Kh8 Ding basically ran over his opponent and scored a morale boosting victory. This match had interesting play with two highly talented individuals up against each other. But at a critical juncture in the 4th game Ivanchuk went wrong, and he failed to take one last saving chance: 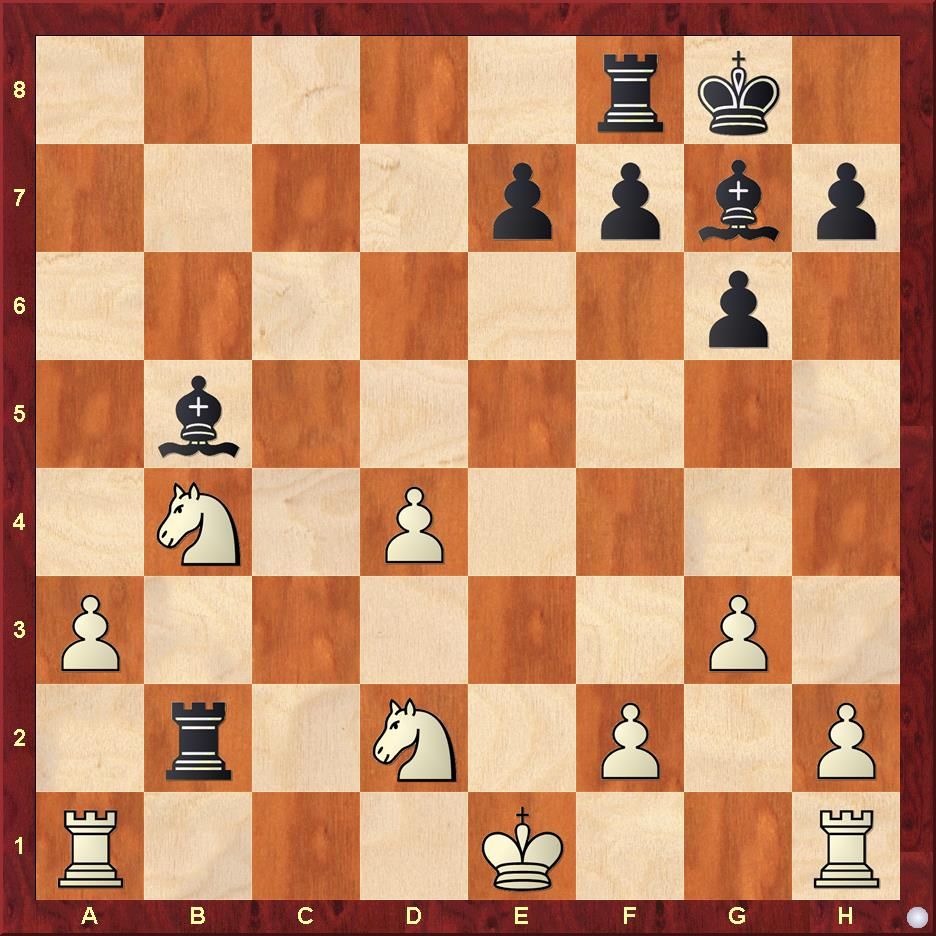 27.0-0-0! keeps saving chances alive, but no human player will ever think of castling into an open c-file. Vassily instead played 27.Rb1?! in the game and lost quite quickly after Rc8!

While they did play a very tense match, Kramnik and Leko are actually quite good friends off the chess board. | Photo: Youtube.com

As is customary in a Kramnik Leko match, there was a lot of tension in all the games, and had Leko taken his chance in game 2 after defending a dead lost position we might have had a different result: 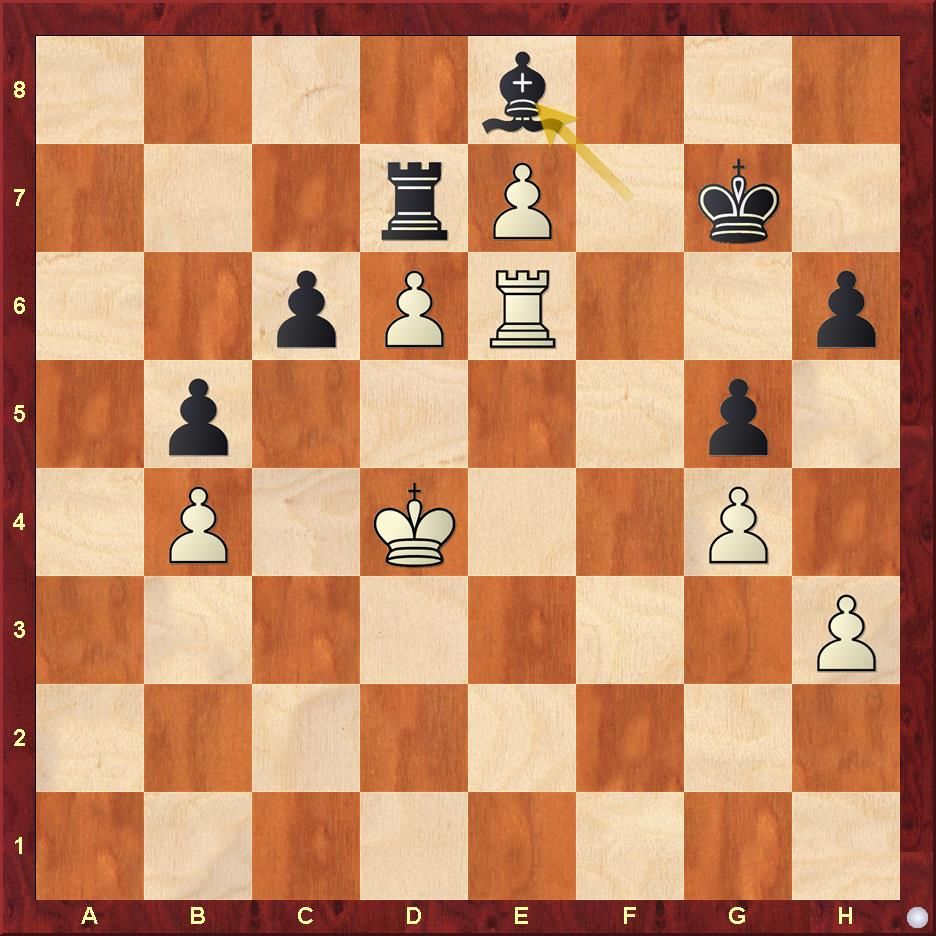 Here the natural 55.Ke5! simply wins after Ra7 56.Rf6!, threatening Rf8. Instead Peter agreed to a threefold after 55.Kc5?, no doubt relieved that he saved a dead lost endgame, but in the process missing a crucial chance.

In Game 4, after a marathon game 3 where Peter pressed for 119 moves with Black, he either unfortunately lost his objectivity when going for the win with White, or simply missed the piece sacrifice: 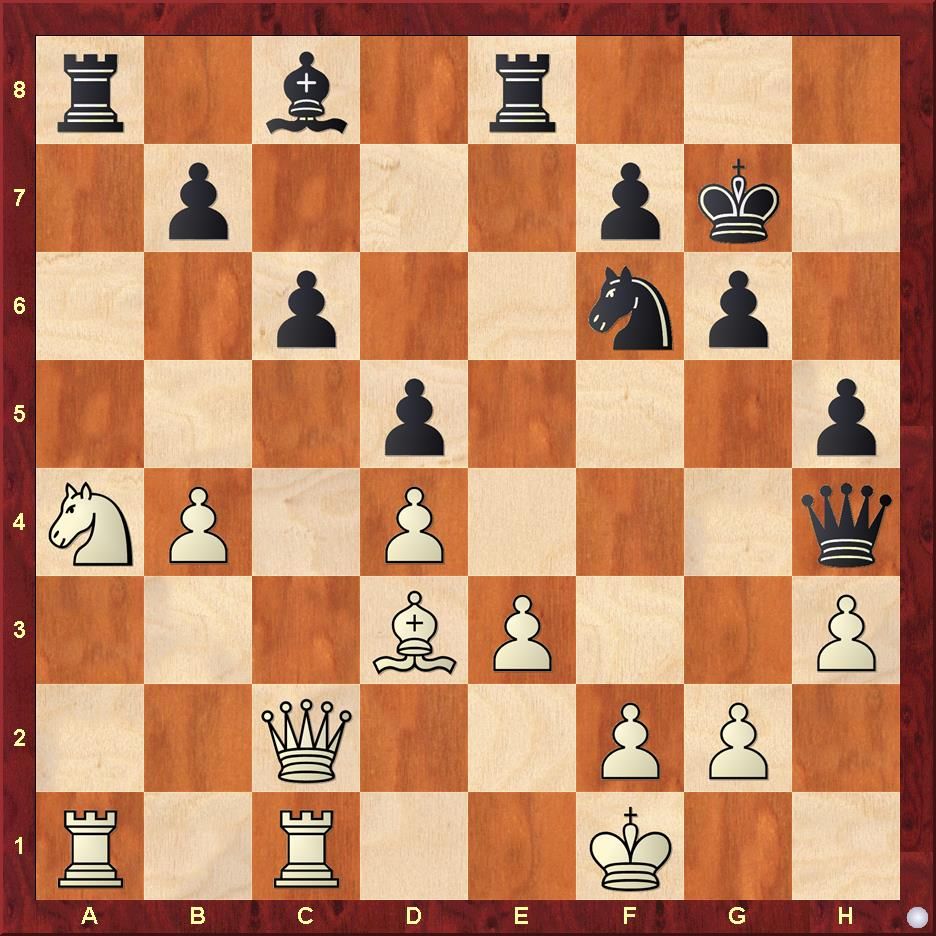 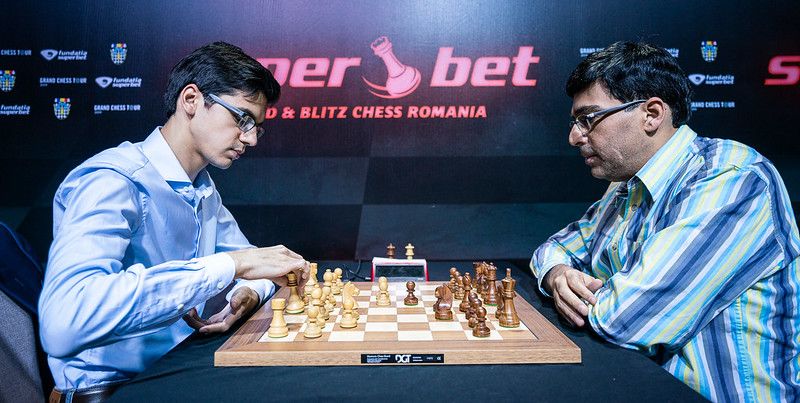 Vishy Anand played a solid 4 game match against Anish, but in the Armageddon he used too much time, which meant that he didn't have enough time to find the win at a crucial stage in the game: 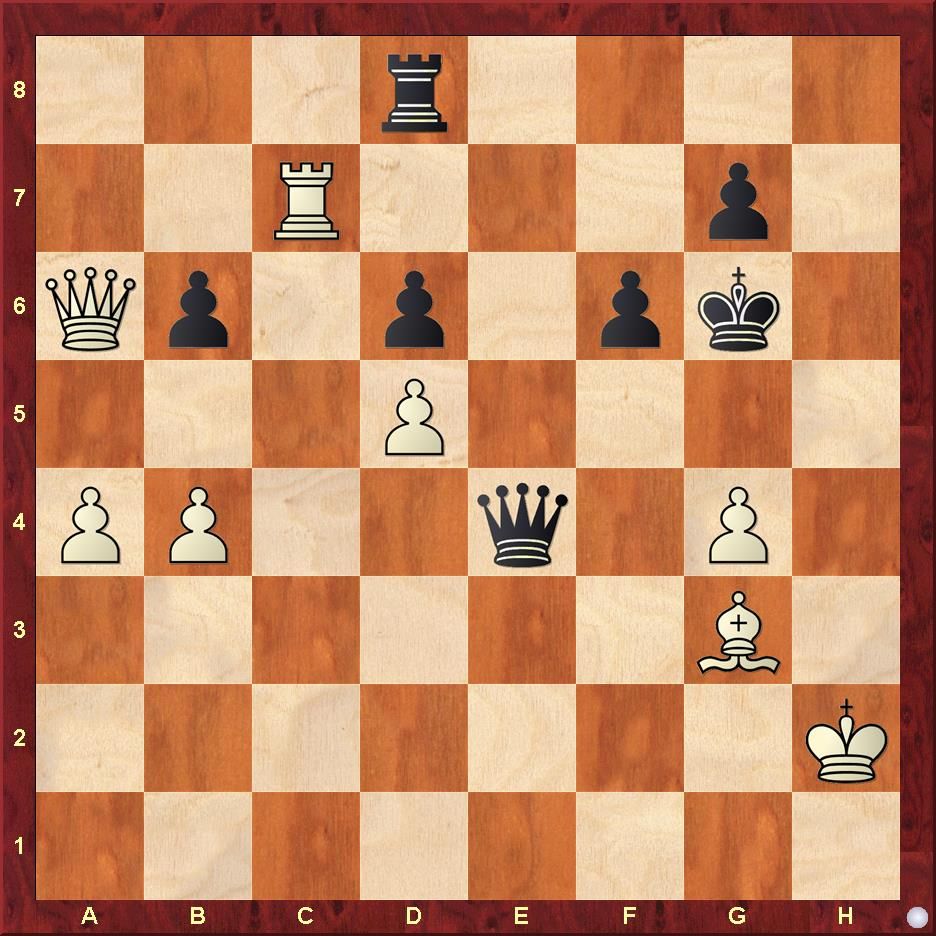 43.Rc8! kills off the game as White escapes the perpetual check attempt. Instead, after 43.Kg1 Vishy had very little hope left, and soon lost on time.
Standings after Round 4

Replay all the games of round 4